CONTACT US
LOGOUT
LIST YOUR SERVICE
EMAIL US
1-866-342-9794
We strongly encourage that all events adhere to COVID-19 safety guidelines. Our vendors are available for in-person, contactless or virtual services and all bookings are covered by Our Guarantee. View our resources for safely hosting events.
Cover Band >
Massachusetts Cover Bands >
Dunstable Cover Bands >
The Cranks
>
>
> The Cranks
Kids' Party Entertainment >
Kids' Party Entertainments > The Cranks

Cover Band from Dunstable, MA - Will travel up to 10 miles
MEMBER SINCE 2014
$50 - $550 per event
Having played hundreds of shows including clubs, benefits, outdoor festivals, ski lodges and all-ages special events, The Cranks play positive, melodic and upbeat music that always appeals to and is appropriate for a broad age range. The Cranks can adapt their sets to various settings and perform over 3 hours of acoustic and/or full electric sets of covers and/or alt-rock originals from their 3 CDs. The band can provide complete sound system for small and medium sized venues subject to fees.

The Cranks are 1 of 3 winners of the 2014 New England Music Awards' RADAR award recognizing rising under 21 artists throughout New England - from nearly 200 submissions and their 2013 release "Orange" was recently nominated for Limelight Magazine Music Award's Album of the Year.

NEWS>> The Cranks will be playing the Magic Hat stage at the Paramore/Falloutboy/New Politics stop on the Monumentour at Bank of NH Meadowbrook Pavillion in Gilford NH June 30!

In 2013 The Cranks released their 3rd CD "ORANGE", and were featured on COZI TV's "The Next Great Family Band" as one of 15 bands across the country picked to be the next sibling band like Oasis, Kings of Leon.

Performing live since 2006 The Cranks are twins Connor and Haley Gowland and Alex Markoski and have over 300 performances to their collective credit, multiple battle victories, 2 CD's, over 1200 followers on Facebook. They stand apart from the typical young "boys and their guitars" bands with Haley's distinctive vocals (often related to Chrissie Hynde, Belinda Carlisle and Deborah Harry) leading the way for the band's remarkably mature melodic and dynamic songwriting prowess. On stage they are energetic and upbeat and excite crowds of all ages, genuinely positive and always convey a sense of humor and fun - they rock, but aren't angry about it.

The Cranks spent their younger years as a cover band, and in 2009, as middle schoolers, recast themselves as an all-original 3-piece, winning their first battle (of high school bands). It was clear they had a seed of something different to offer.
In May, 2011, The Cranks released their second CD; "Downside Up", an energetic batch of one-of-a-kind lyric themes and stick-in-your-head melodies that has been played on Boston's WXRV 92.5 as well as several college radio stations.

The Cranks' songwriting and lyric themes are what you would expect from veterans. They don't hide behind Autotune and synthesizers but instead deliver a pure and organic sound built from actual voices and real instruments. The Cranks' sound is reminiscent of proficient rockers like the Pretenders with the modern dynamics of Guster and the power of The Strokes and Weezer.

"...rattling off catchy and intelligent punk-influenced pop songs like afterthoughts. The Cranks have a real future. Downside Up is the proof." Wildy's World Blog 4 of 5 stars

"The Cranks not only display good taste in their musical inspiration but have the chops to make things happen for themselves… Haley's lead vocals sound as good, if not better, than singer's twice her age …"– Metronome Magazine 9/2010 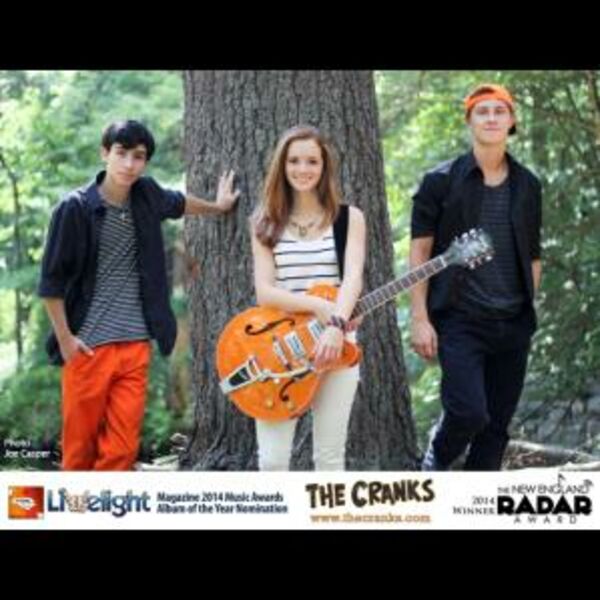 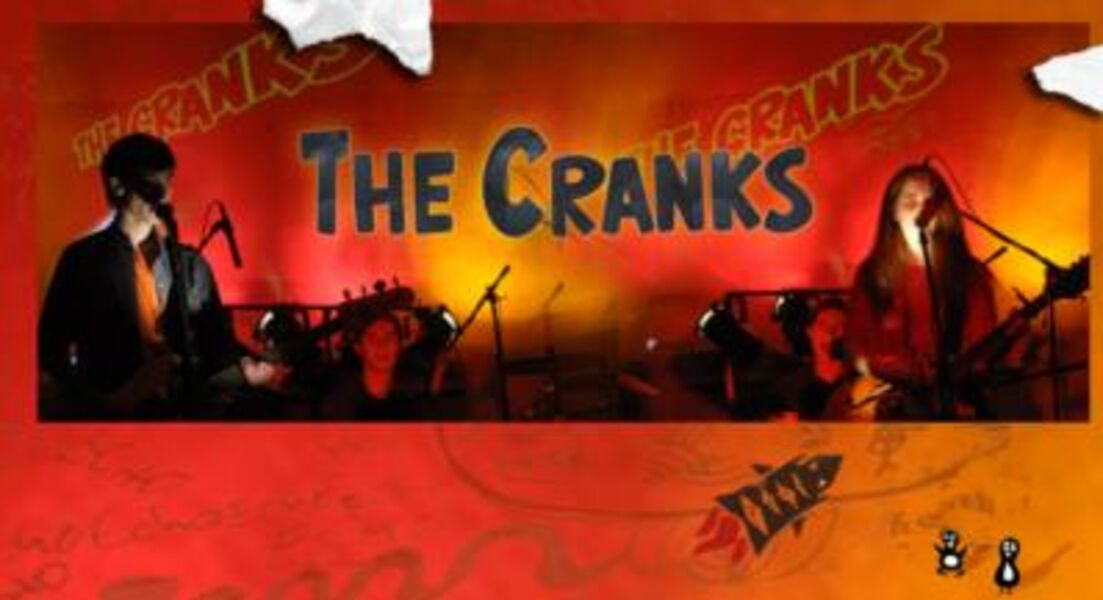 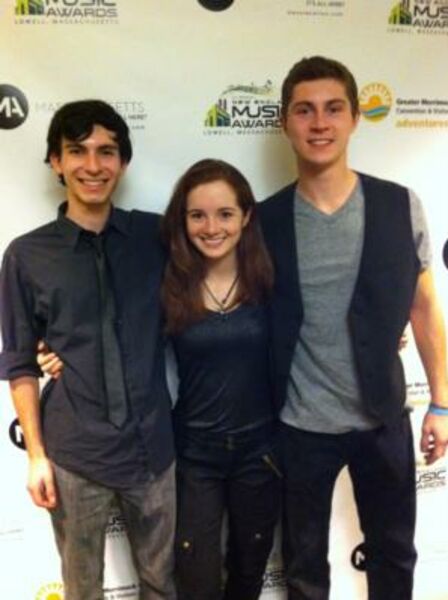 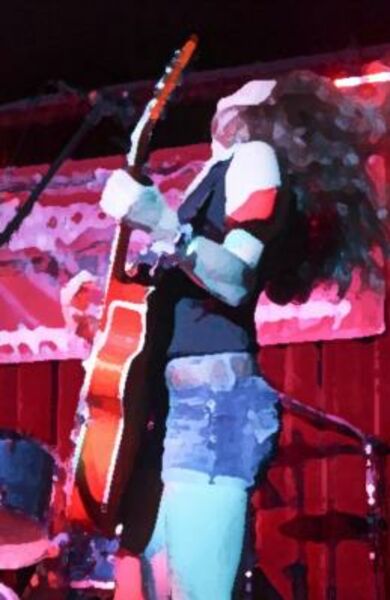 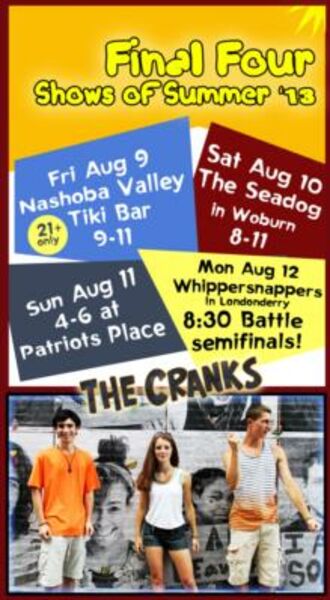 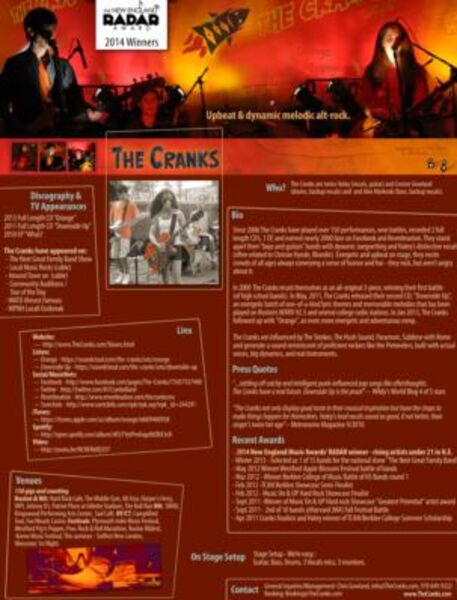 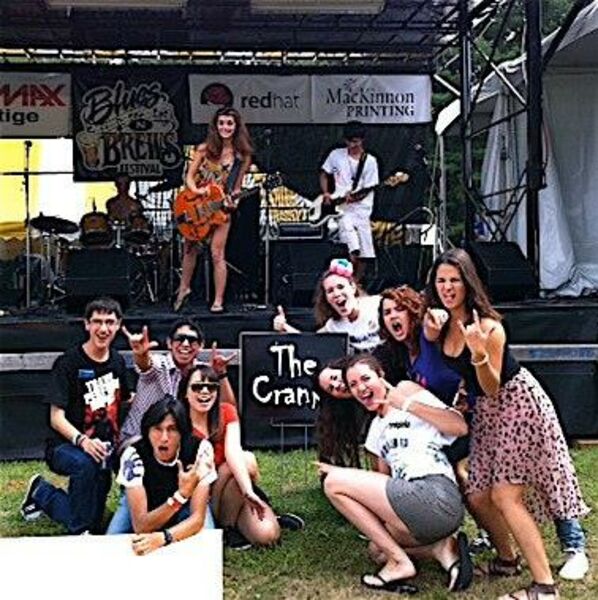 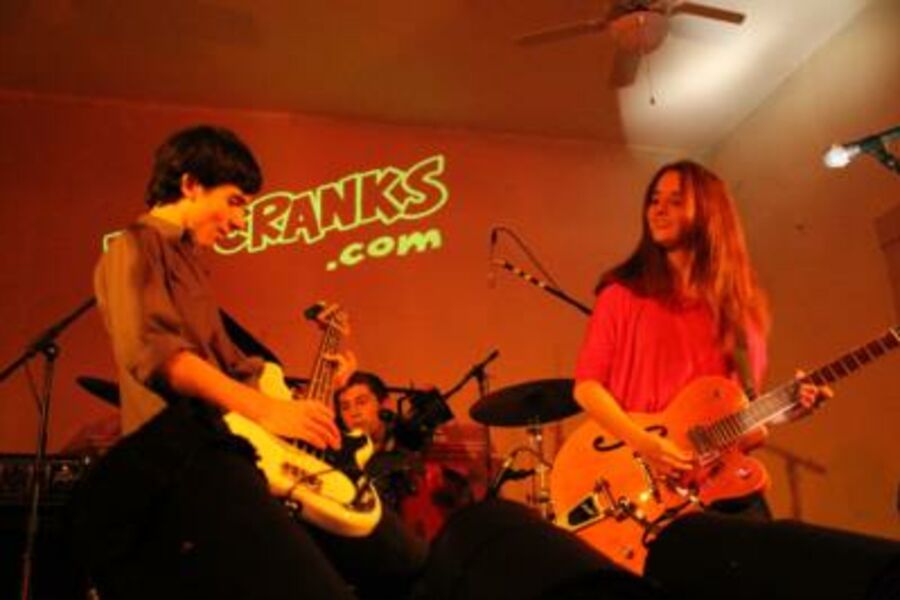 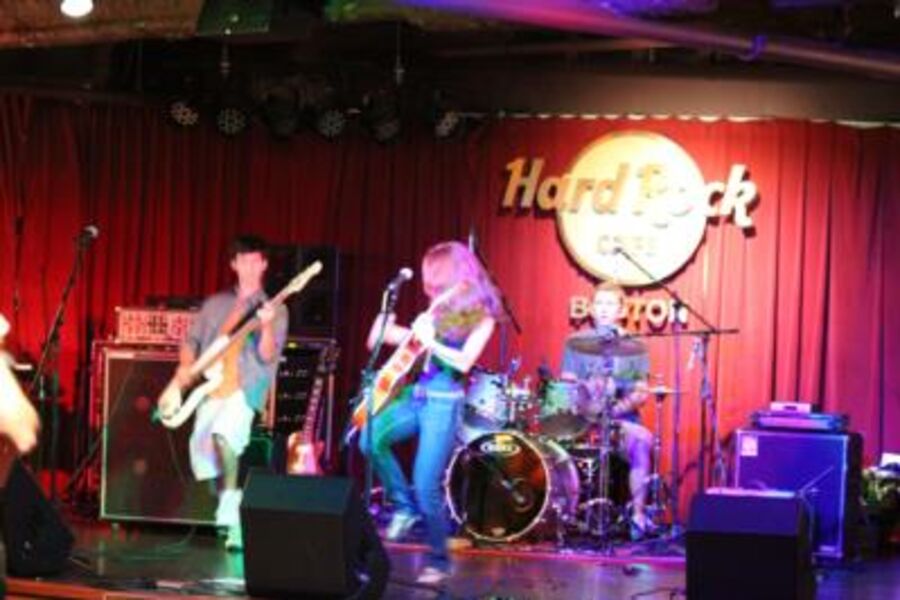