MEMBER SINCE 2012
$150 - $800 per event
Lilt performs Irish traditional dance music on flute, bouzouki, tin whistle, and tenor banjo, and some vocals. Lilt is performing regularly in the Washington DC, Maryland, and Virginia area. Lilt's players are also well known as teachers of Irish music and sometimes give workshops with the performances. Lilt also invites dancers and fiddlers along on occasion. Their latest CD “Onward” is getting radio play on traditional music programs in the US, Ireland, and Europe, and has received excellent reviews. Lilt provides lively and melancholic Irish traditional folk music for any occasion.

“Lilt” -- a duo consisting of Tina Eck on flute and whistle and Keith Carr on bouzouki and banjo -- are trying to impersonate all of the aforementioned definitions of their name with their music. They met in the Washington DC session scene some years back and found that “flute and zouk” were a good instrumental match for what they love to play: traditional dance music from Ireland. Jigs and reels, polkas and hornpipes, the occasional slow air or song. Lilt loves and tries to capture the essentials of Irish traditional music: boundless energy, wildness and melancholy.

Keith Carr plays the ten-string Irish bouzouki (aka “cittern”) and tenor banjo. He is originally from New York, and moved to Washington DC thirty-some years ago after completing graduate school in Oregon. He has been a senior manager and consultant with international conservation organizations since the 1980's. These days he is making more and more room to do what he loves best: performing and teaching traditional music. His musical background includes extensive classical training in trumpet and piano, plus many years as a performing guitarist. In addition to performing, he teaches bouzouki and banjo; he is on the faculty of the Washington Conservatory of Music and also gives private lessons. Between consulting gigs Keith has often been found working at the legendary House of Musical Traditions music store in Takoma Park, MD. There he is known as “the Irish music guy”, but he can also give advice about - and demonstrations on - all kinds of musical instruments. He lives in Falls Church, VA.

Tina Eck plays the Irish wooden flute and tinwhistle. Originally from Germany and now working as a Washington-based radio news correspondent, she discovered her passion for Irish traditional music in a local pub in Washington DC in the 1990's. She has since performed at countless sessions, festivals, dances and concerts, including such notable venues as the Irish Embassy and the Kennedy Center. She has traveled to Ireland frequently and has learned technique and repertoire from some of the best traditional flute players in Ireland and the U.S. She is on the faculty of the Washington Conservatory of Music program at Glen Echo Park, and she also gives private flute and whistle lessons. This past year Tina was awarded a Maryland State Arts Council Grant for Solo World Music Performance. Tina also performs with the bands Rambling House, the Flaming Shillelaghs, the Irish Inn Mates, and Cuil Mor. She lives in Cabin John, MD. 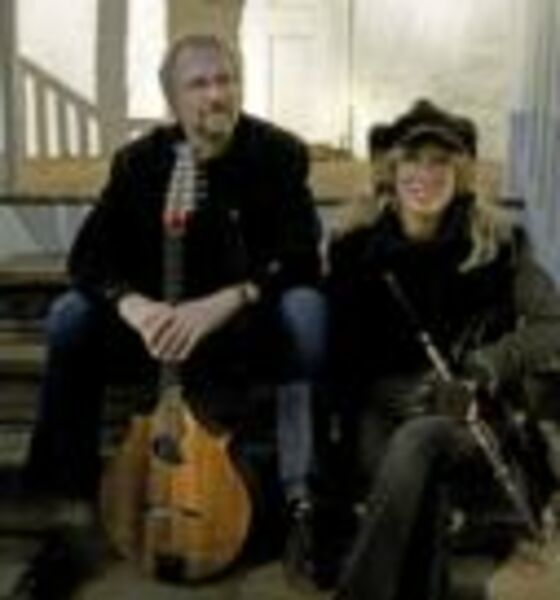 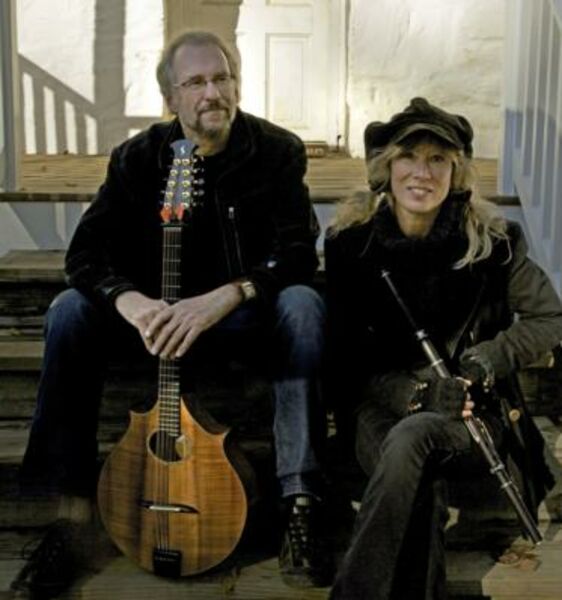 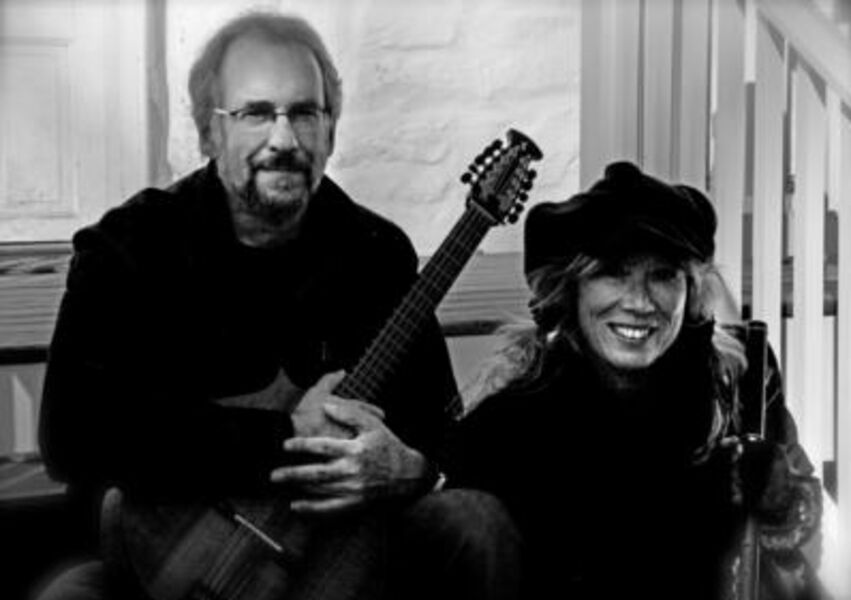 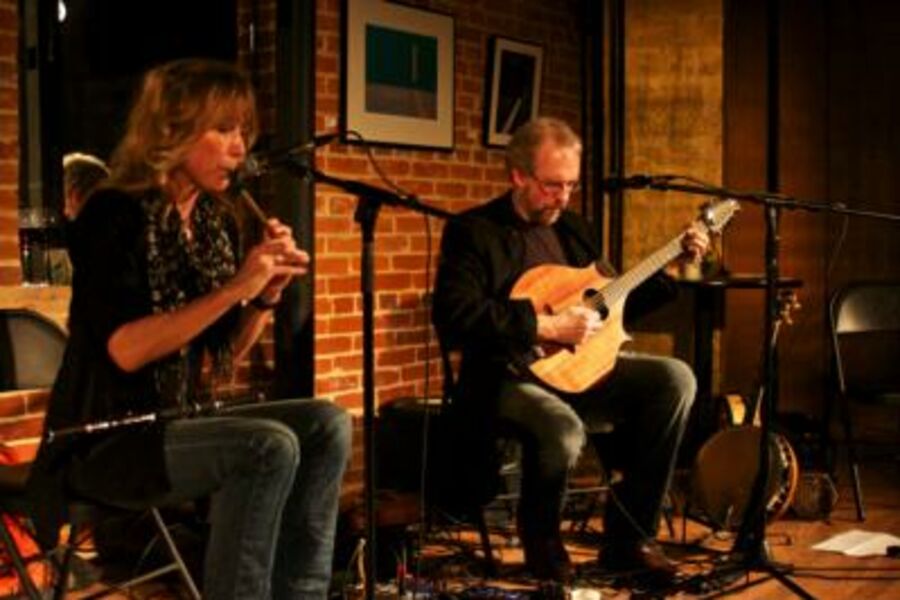 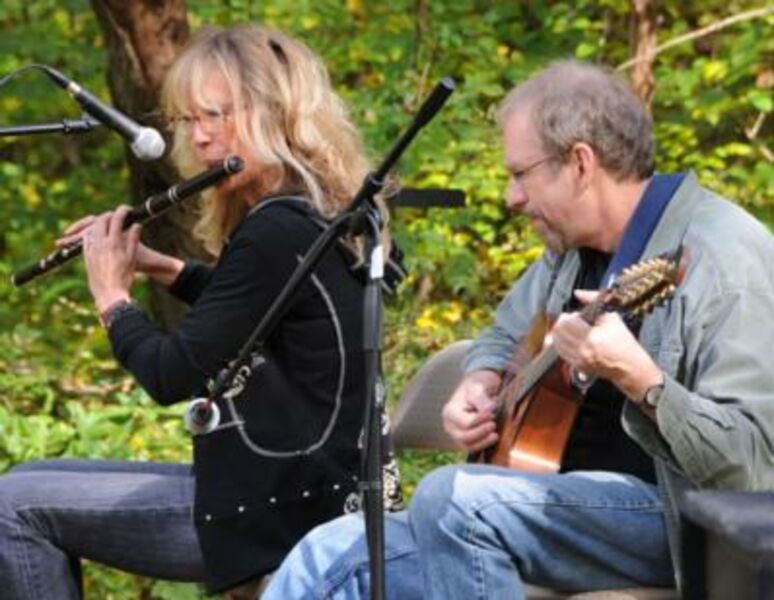 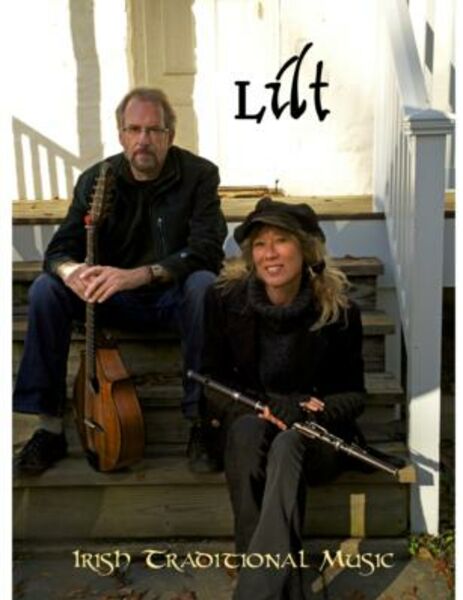 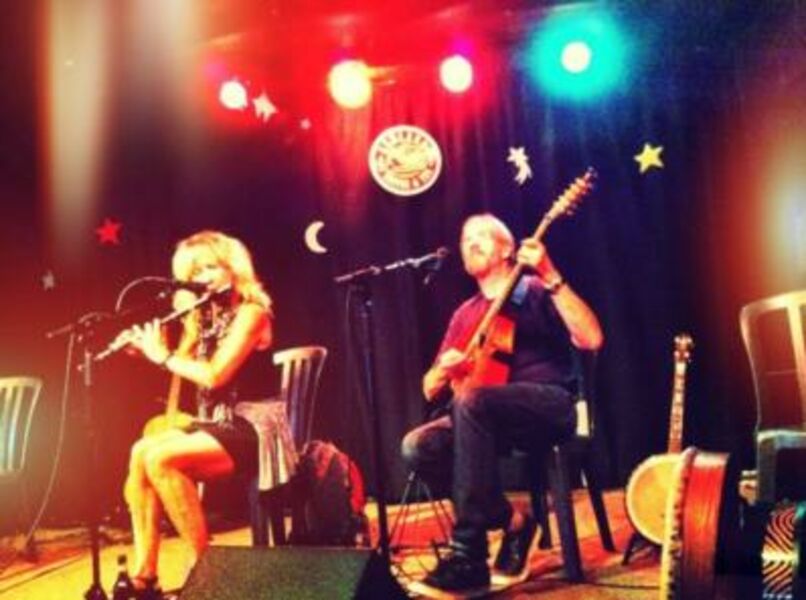 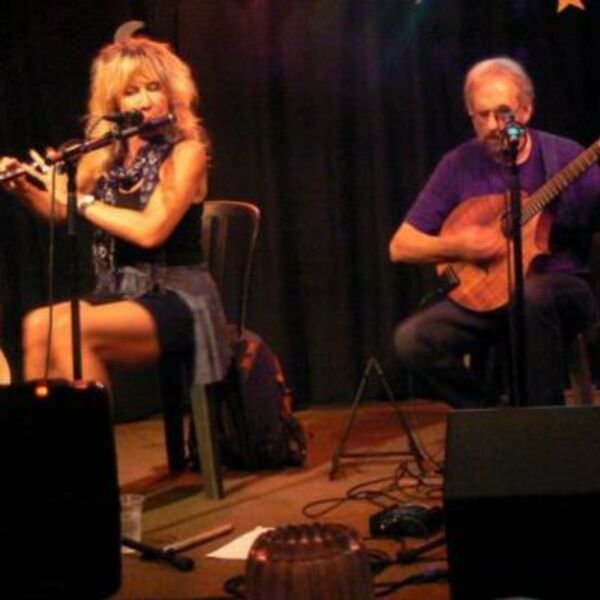 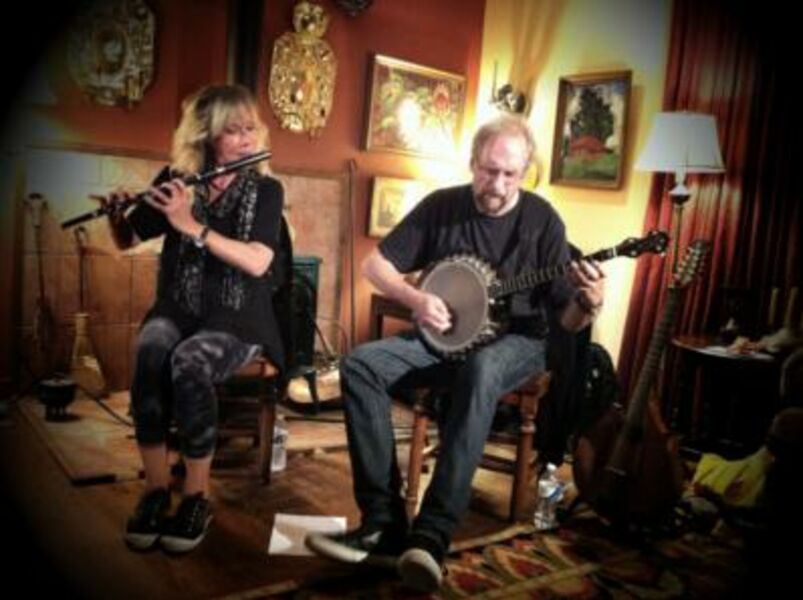 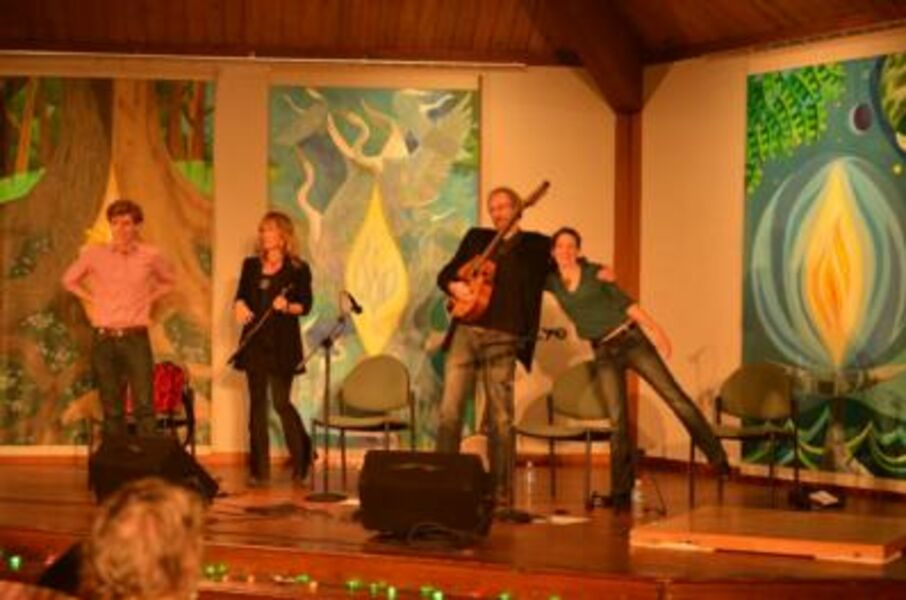 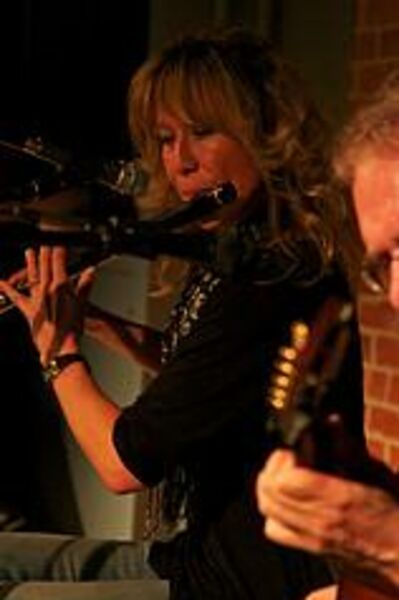 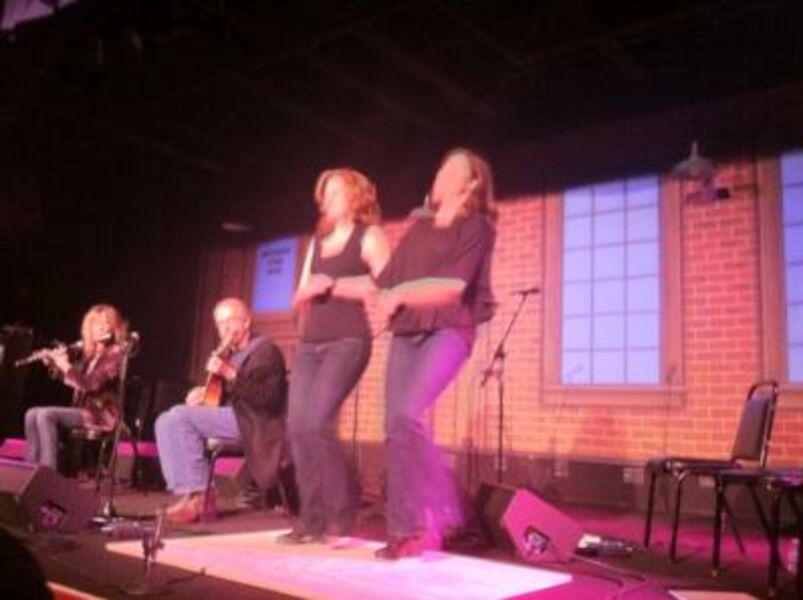 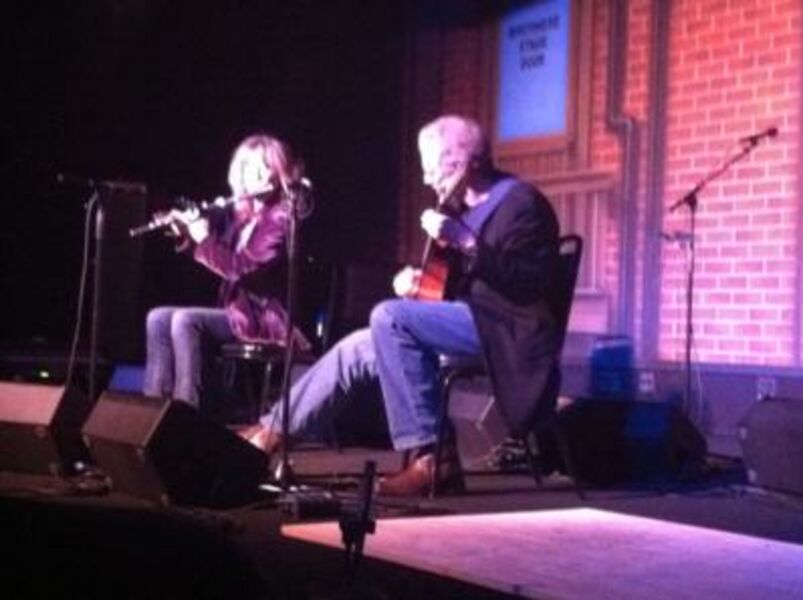 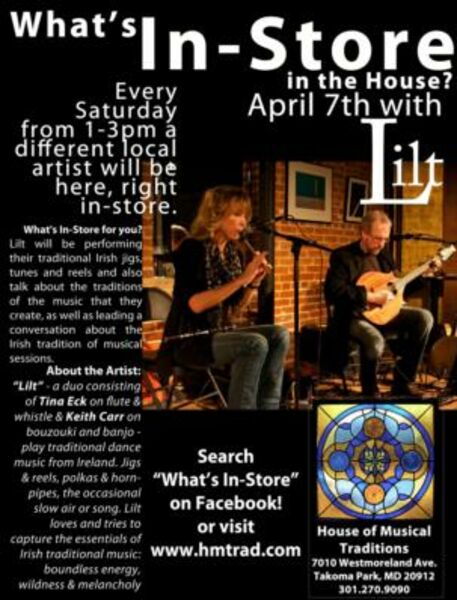 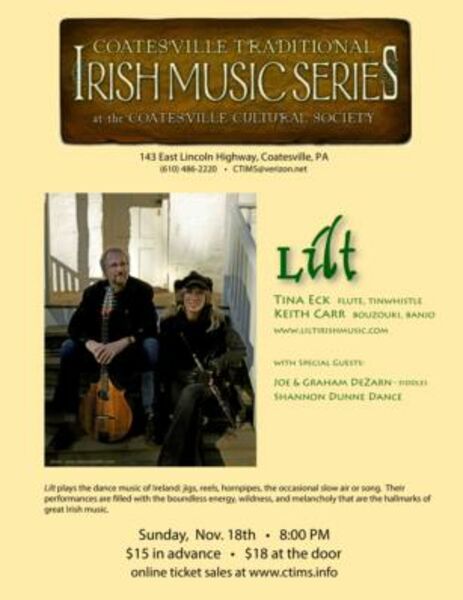