Classical Guitar from Washington, DC - Will travel up to 500 miles
7
22 VERIFIED BOOKINGS
MEMBER SINCE 2014
ACCEPTS ONLINE PAYMENTS
BOOKED 30 days ago
AVAILABLE UPON REQUEST
ACCEPTS ONLINE PAYMENTS
VIRTUAL SERVICES OFFERED
Innovative French guitarist singer and composer, Julien Xuereb strives to make every performance a unique experience. His musical training started at age five in his native France and ended at the Peabody Institute of the Johns Hopkins University in Baltimore, MD. Throughout his career Julien has explored a variety of different styles of music such as Classical, Latin, Jazz, Rock, Pop, Middle Eastern music and West African Music. Tim Smith, critic of the Baltimore Sun, described his works as "Subtly nuanced compositions."

Julien's recent appearances on stage include performances at the TEDx MidAtlantic Conference, the Ford Convention Center in George Washington's Mount Vernon and the Clarice Smith Performing Arts Center. Additionally, Julien has performed for large corporate events organized by companies such as Capital One Bank, Lexus, JBG Smith and Whiting Turner. Julien has been featured by media outlets such as PBS, the Baltimore Sun, WBAL-TV, and Maryland Public Television (MPT) for his involvement in community outreach. In particular, when Julien was still a student at the Peabody Institute, he became the first Musician-in-Residence at the Springwell Senior Living Community. He gave daily performances and lectures to members of the community and visiting guests in exchange for room and board. In 2016, Julien received the Peabody Dean's Incentive Grant to expand the program to other retirement facilities. The Musician-in-Residence is now one of the most competitive and sought after programs at Peabody.

As a composer, Julien began working on his first solo album, Introspection, in 2006 and subsequently completed it in 2014. The ten-piece album, released in May 2015, outlines aspects of the human experience including: time, death, love, remembrance, and humanity's place in the universe. The Atlantic Guitar Quartet premiered one of his latest works, Dialogues for Guitar Quartet, in 2015 at the Engineers Club in Baltimore, MD. Julien is now actively working on his second solo album for classical guitar. One of his latest composition, Through the Telescope, depicts the experience of looking at several distant objects in space. The inspiration was drawn from a unique outdoor performance scenario in which Julien played guitar, and the residents of the Springwell Senior Living Community observed stars through a telescope.

Julien now lives in Washington, DC, working as a freelance musician and teaching at the International School of Music.

Julien adapted to the special requests for my daughters birthday surprise serenade to create a fun memory.

Thank you Tammy! It was a pleasure to coordinate with you and to bring something special to your daughter’s birthday.

Julien did a wonderful job playing Spanish guitar at our wedding ceremony and cocktail hour, and he is also a very kind person who we enjoyed meeting and having be part of our day. He was very responsive and professional and happy to tailor the music to what we were looking for. I'd book him again in a heartbeat. Thank you, Julien!

Julien was the absolute highlight of the party. He was wonderful to work with before the party and during the planning phase. He understood exactly what I wanted and delivered perfectly. Would recommend Julien without hesitation!! 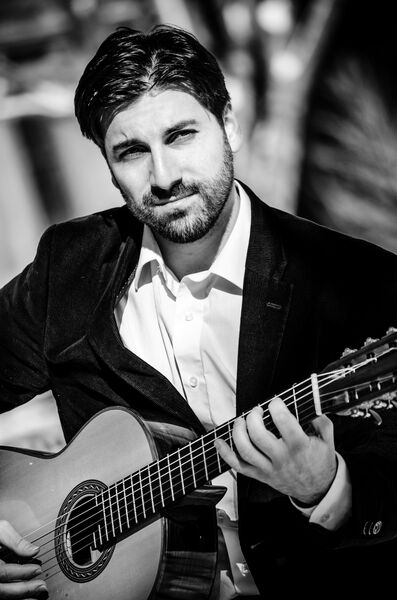 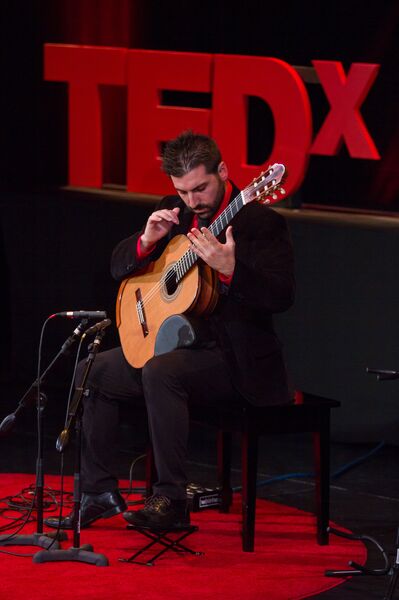 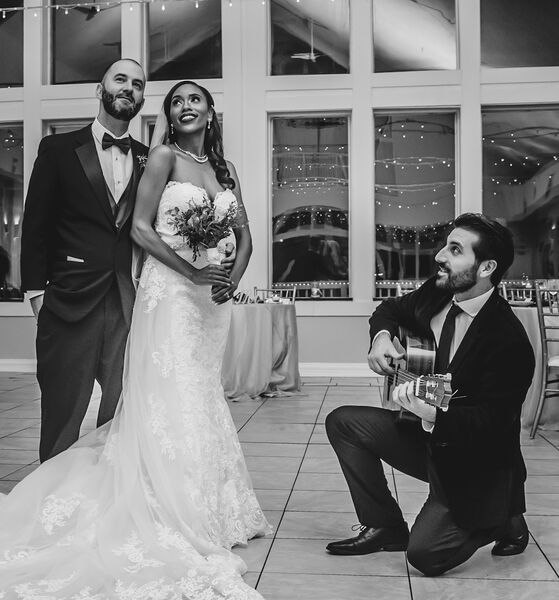 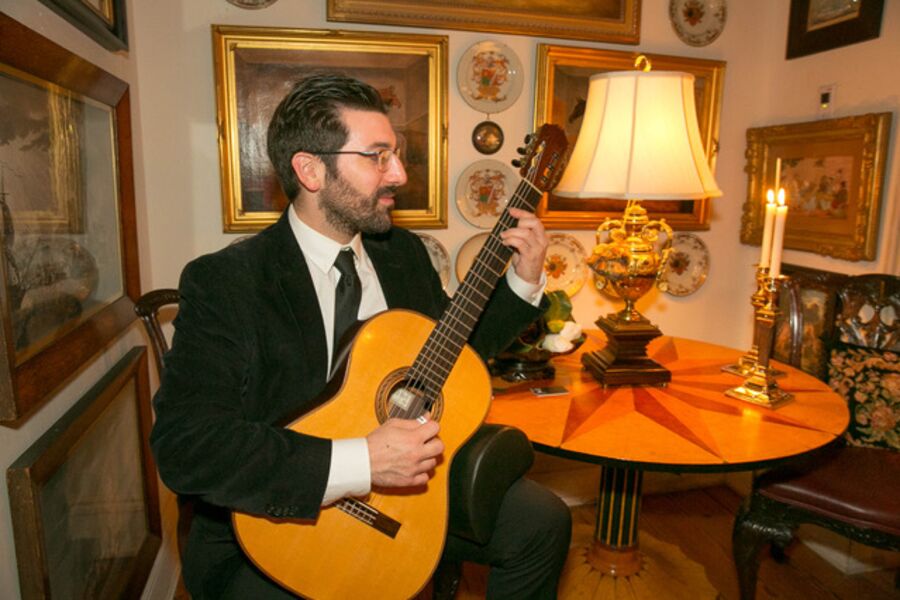 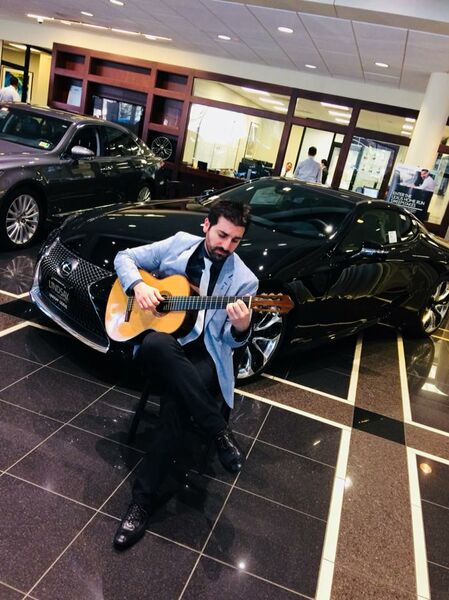 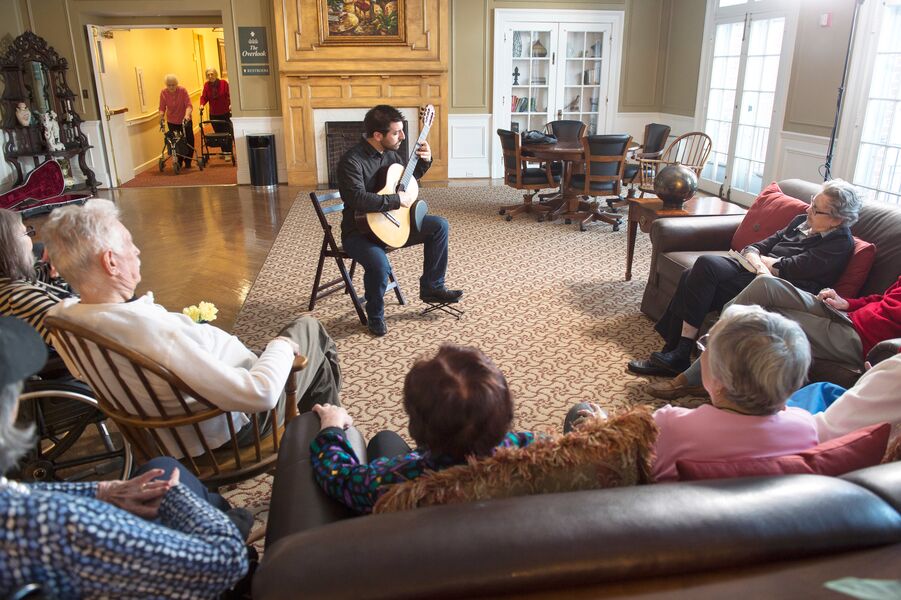 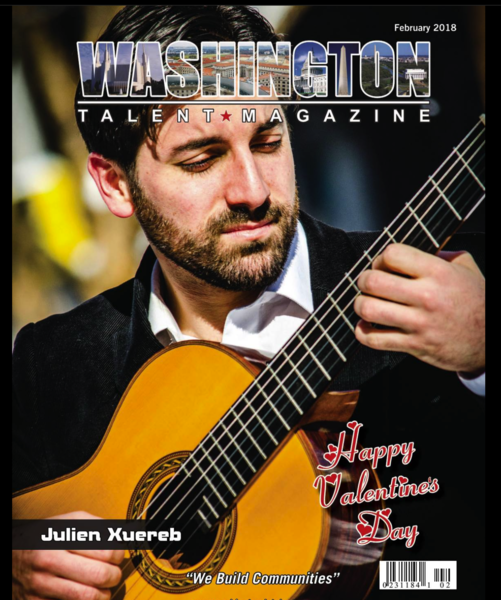 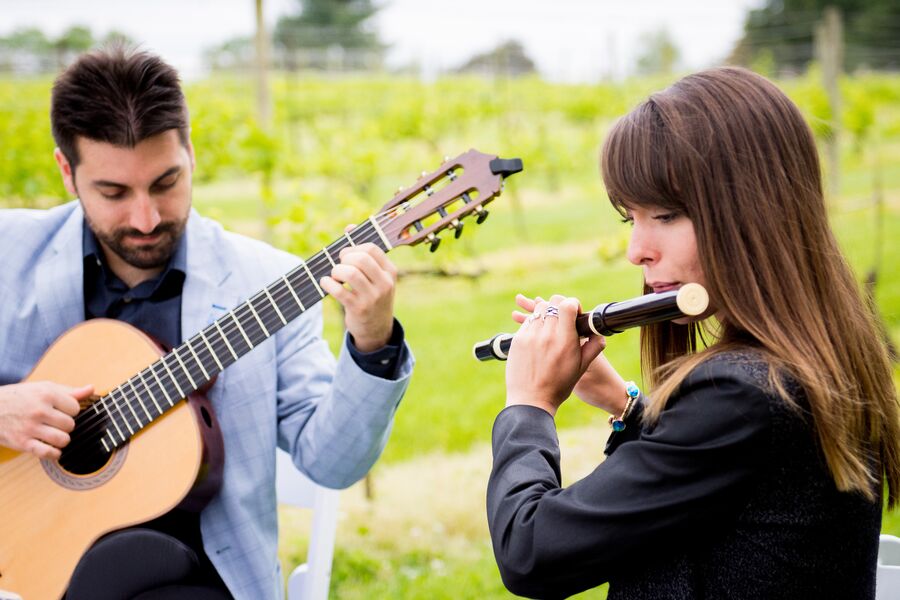 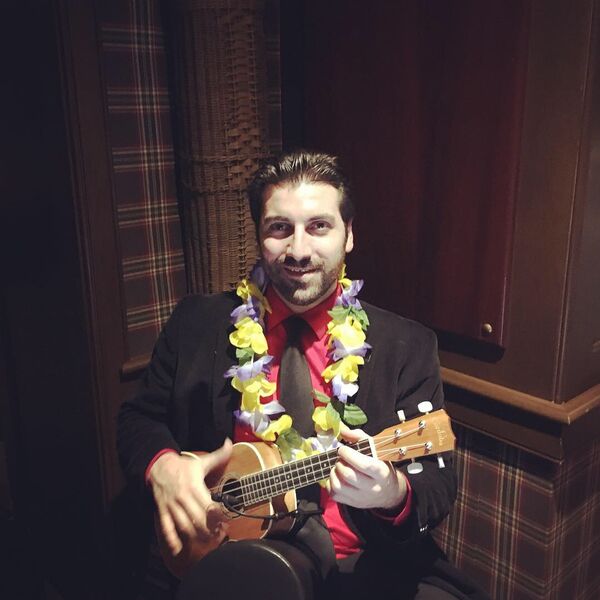 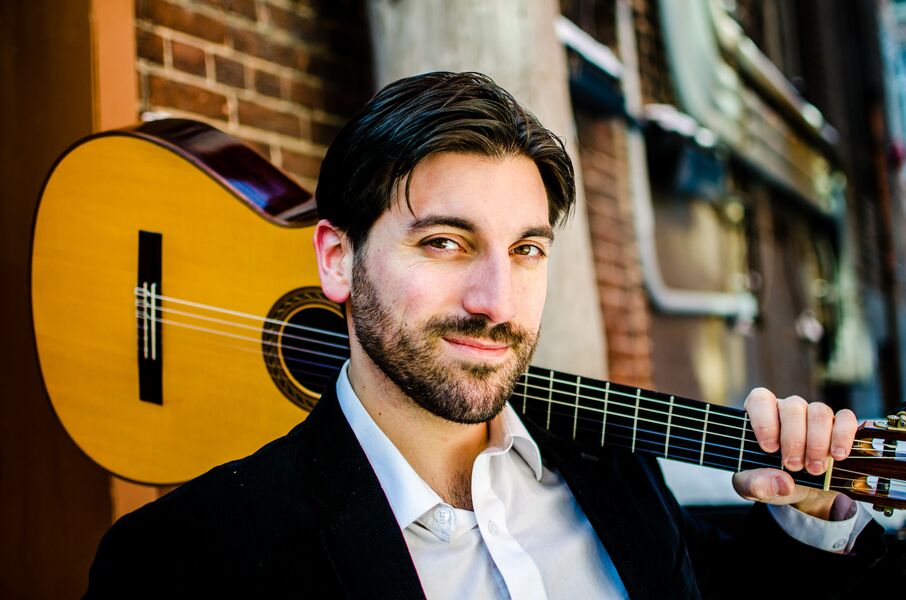 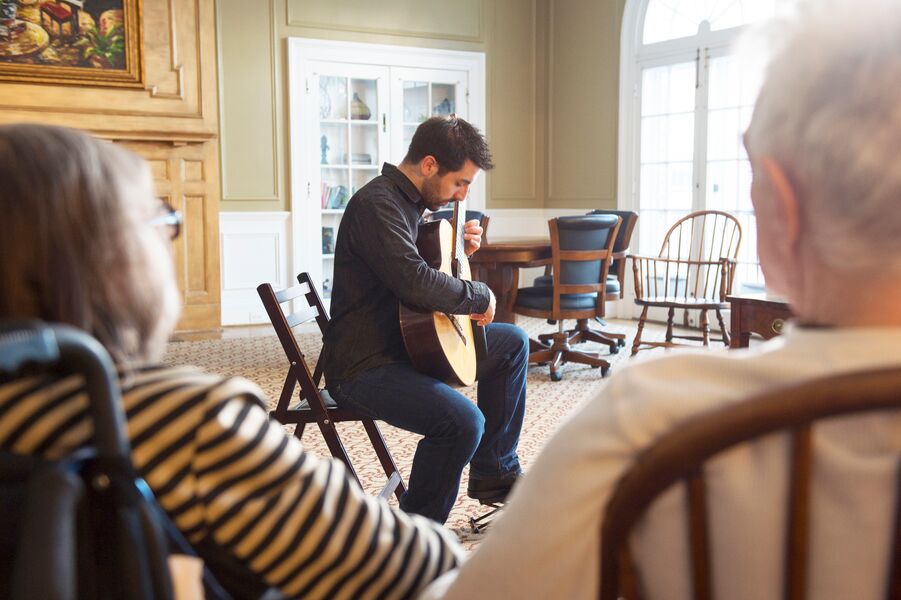 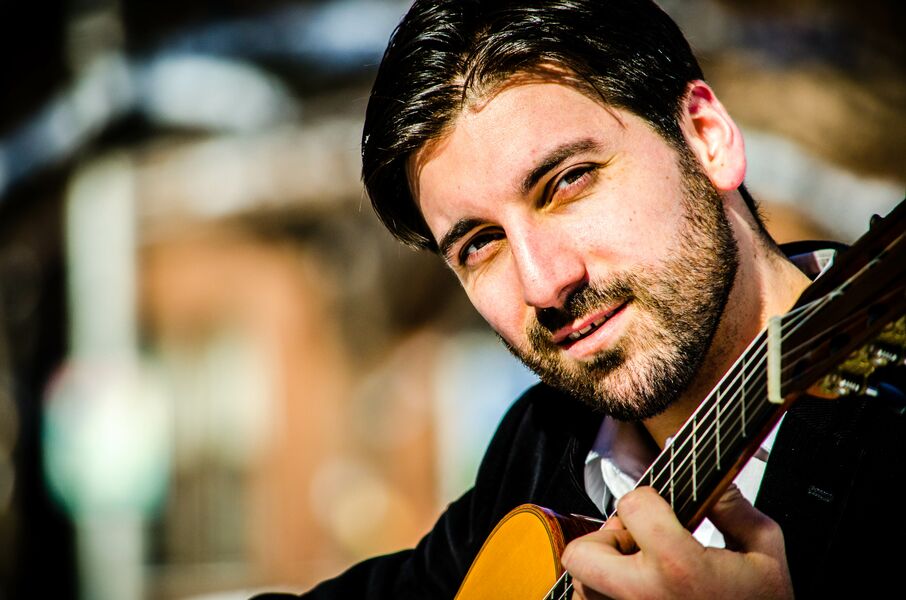