Hypnotist from Citrus Heights, CA - Will travel up to 100 miles
2
6 VERIFIED BOOKINGS
MEMBER SINCE 2012
ACCEPTS ONLINE PAYMENTS
$1000 - $5000 per event
ACCEPTS ONLINE PAYMENTS
In the past 35+ years SZELES has entertained companies such as Apple, State Farm, Google, Cisco Systems, and Adobe to name just a few. His performances have also delighted colleges such as Columbia University, University of Vermont, UC Berkeley, UCLA and many, many more. SZELES is available for any type of venue, from private parties, fairs and festivals, to corporate functions and grad nights coast to coast. Fully self contained and insured, SZELES is extremely flexible and easy to work with and is often booked back for repeat performances.

As it is with magicians, not all stage hypnosis shows are alike. There is the caliber of magician who performs for children at birthday parties and then there are the "David Copperfields" of magic whose talent and expertise give a memorable performance. Just how do you know from a web page that what you see is actually what you'll get? Anyone can make claims and a little creative writing can make anyone sound great, but in reality they could have as little as three days of training and yours could be their very first performance! So how do you know you are getting an experienced professional to perform for your company? Book SZELES, a seasoned professional and take the guess work out of the equation. Booking SZELES' comedy stage performance will make you shine in the eyes of your peers, for there is nothing funnier than a tastefully executed comedy stage hypnosis show; while your co-workers will be thrilled and delighted, you'll receive the accolade of having the forethought to have booked such a unique and memorable entertainment that is guaranteed to be the topic of conversation for months after!

From an article in the Pacifica Tribune about SZELES:

Beta, alpha, theta, delta are not just something to set your alarm by, but varying states of consciousness which bridge the unconscious mind. Pacifican James Szeles knows all about these altered states. He is a stage hypnotist; in the business for over 30 years.

"My cousin was into magic (his cousin is the magician/comic The Amazing Johnathan) and he and a friend came over with a vanishing' cane. I thought that was the coolest thing I ever saw in my life."

In 1974, Szeles headed to Los Angeles and a job at a second floor magic shop on Hollywood Boulevard. He worked for Ralph Lane, an old vaudevillian magician whose shop was next store to the vampire museum.

"He had a picture of Harry Houdini on the wall and it was signed: "Ralph, I told you I'd come back!" Harry."

Szeles said he was interested in magic because he thought it was real. But he learned that performance magic is all sleight of hand. For Szeles, the real magic is the magic of the mind.

Szeles, who some might remember as the "Rainmaker" at Pier 39 in its early days, decided in the late '70s that he would branch into stand-up comedy. But back then he just wasn't comfortable with it. Serendipitously, a friend gave Szeles an audio course on self-hypnosis and Szeles also happened to catch "The Hip" hypnotist Pat Collins on television. He thought, "Wow! I can do that."

James picked up a book on hypnosis, studied it and then hypnotized his best friend. "I told him, when I wake you up, you will take your shoe off and walk outside," said Szeles. "And so he did!"

After graduating from The Clement School of Hypnotherapy in San Francisco, Szeles began his career. And with his stage hypnotist career, came a natural affinity for comedy. From corporations, to colleges, high schools and comedy clubs and even to a City of Pacifica employee dinner, Szeles dazzles his clients into a state of relaxation.

"I walk into a group of victims, people, and give them a speech on hypnosis and how it works. Then I ask for 20 volunteers to come onstage and I do a group induction to see, who goes under and who doesn't. Then I'll take the best out of the twenty and have them do funny little things like act like first graders and I'm their teacher."

A visit to Szeles website reveals spectacular short clips of entertaining feats. In one short, Szeles convinces a female audience member that he is Brad Pitt and asks her to marry him. She says, "Yes!" and then runs to show the audience her stunning, and invisible, 5-carat diamond engagement ring. In another clip, Szeles gets a male member of the audience to call his mother and let her know that he has changed his name to "Jenny" because it's a very pretty name and he just loves it.

Szeles explained that hypnosis is essentially self-hypnosis. "Anybody who can hold a thought and use their imagination can be hypnotized," said Szeles.

James was wonderful for our group! He was very accommodating, and the hypnosis act made everyone laugh throughout the show. He is very talented, and I would highly recommend him! 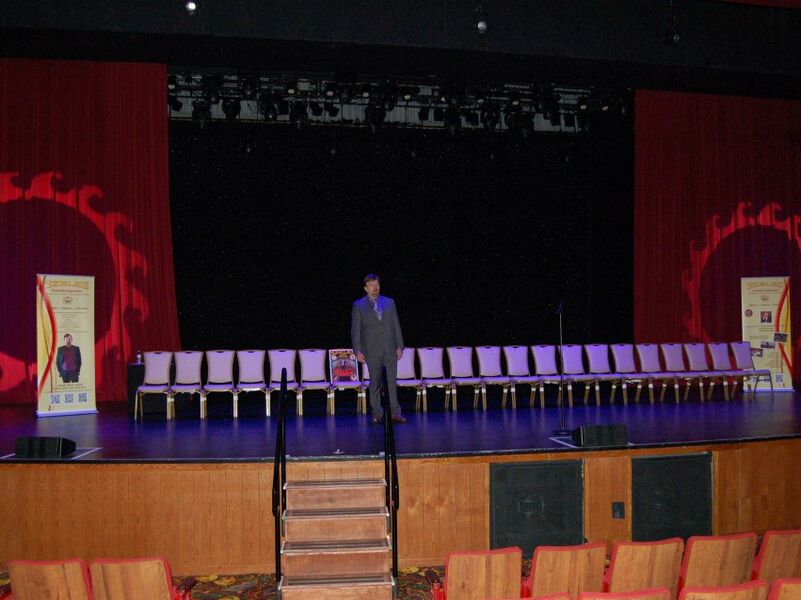 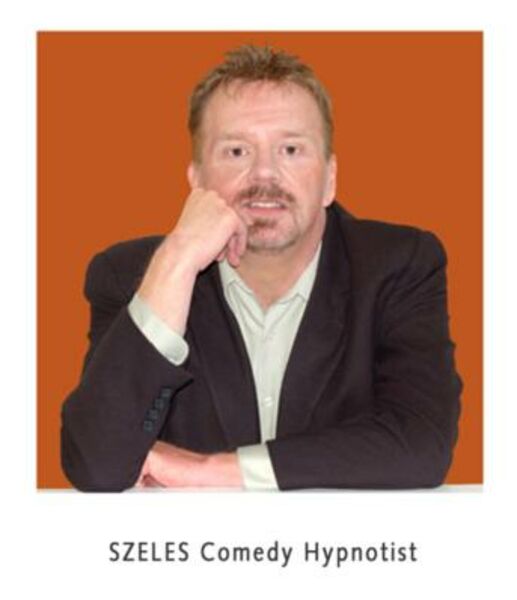 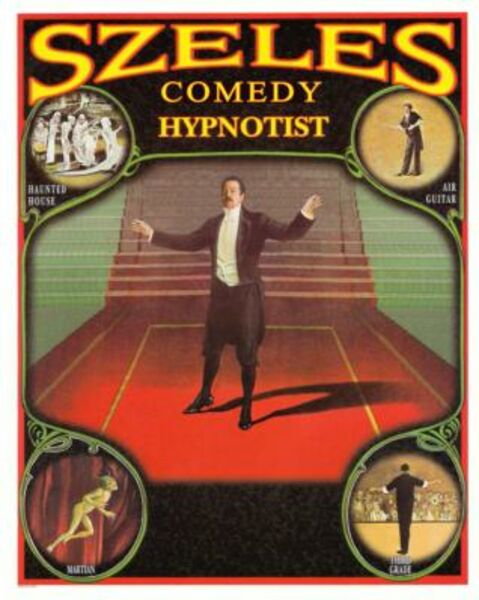 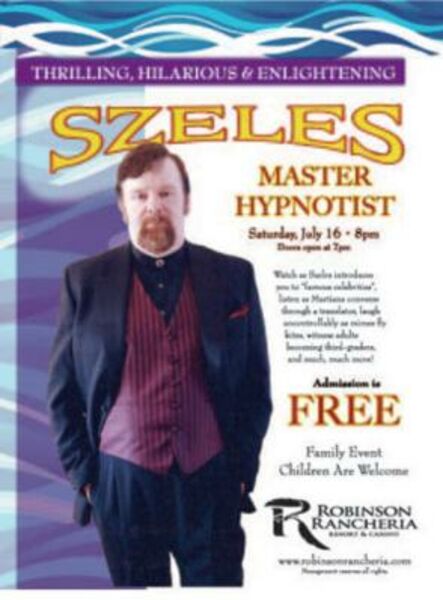 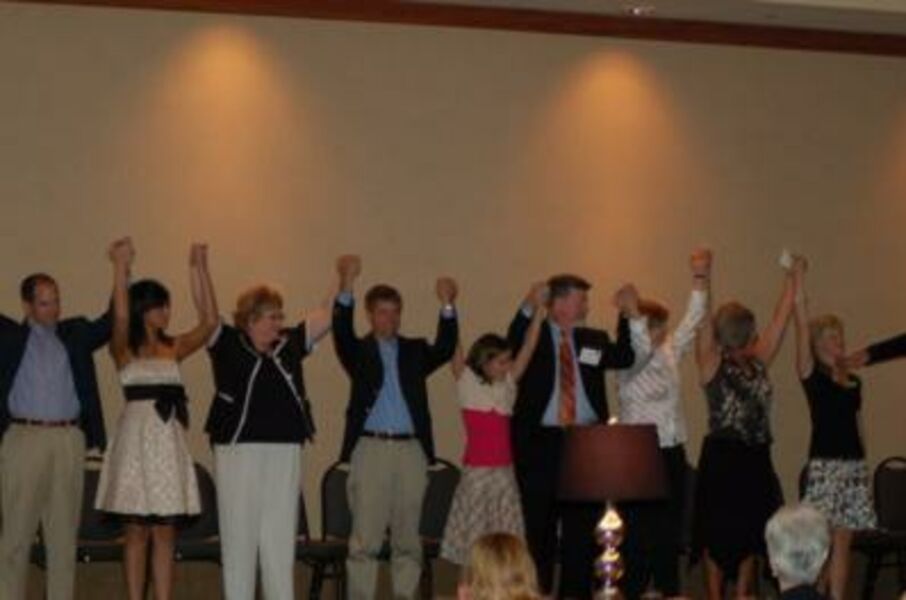 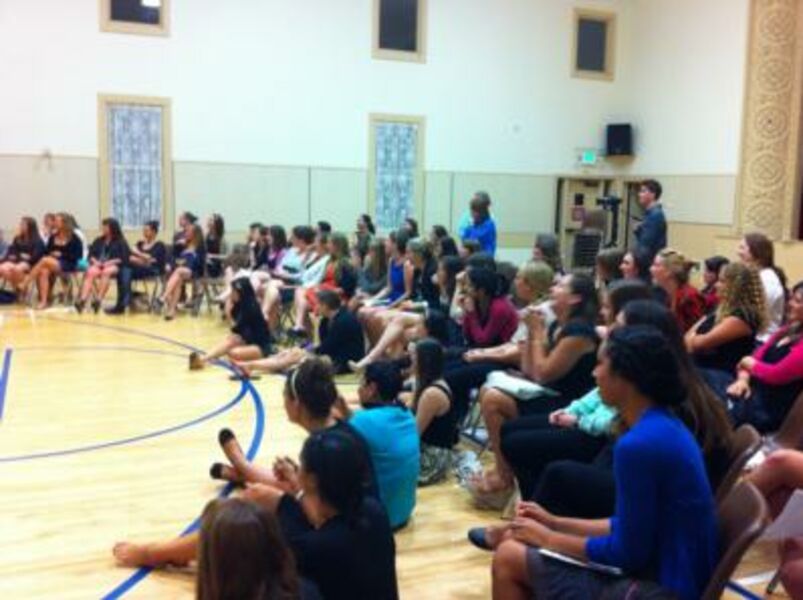 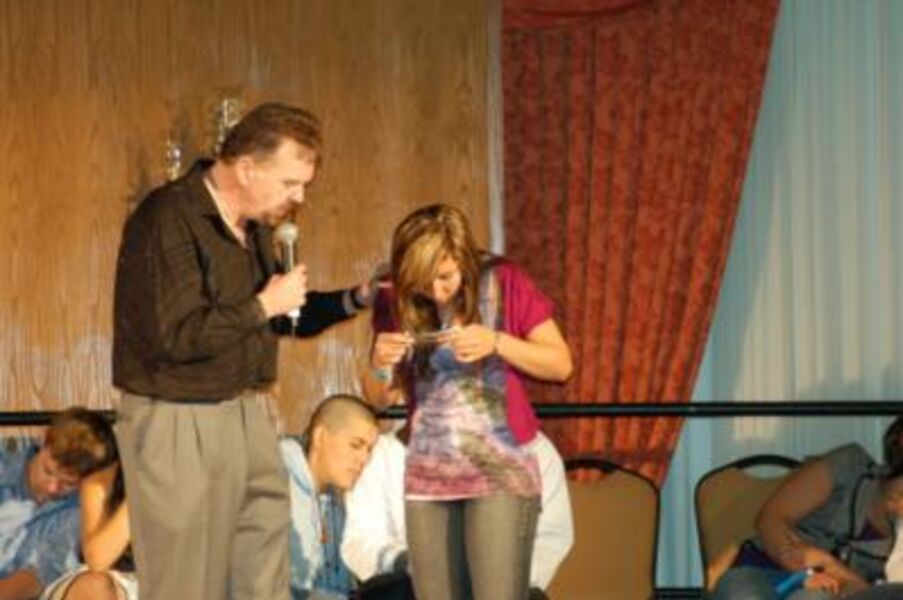 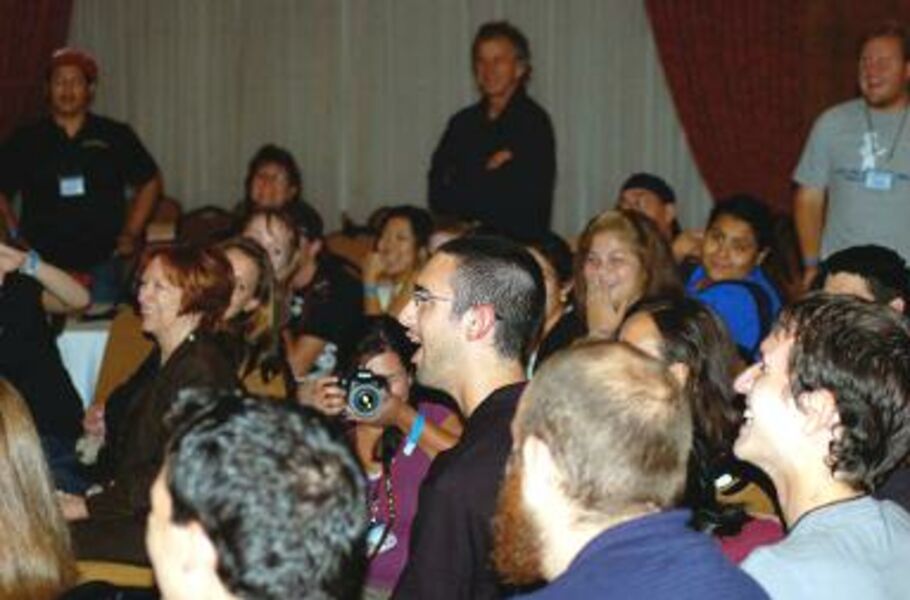 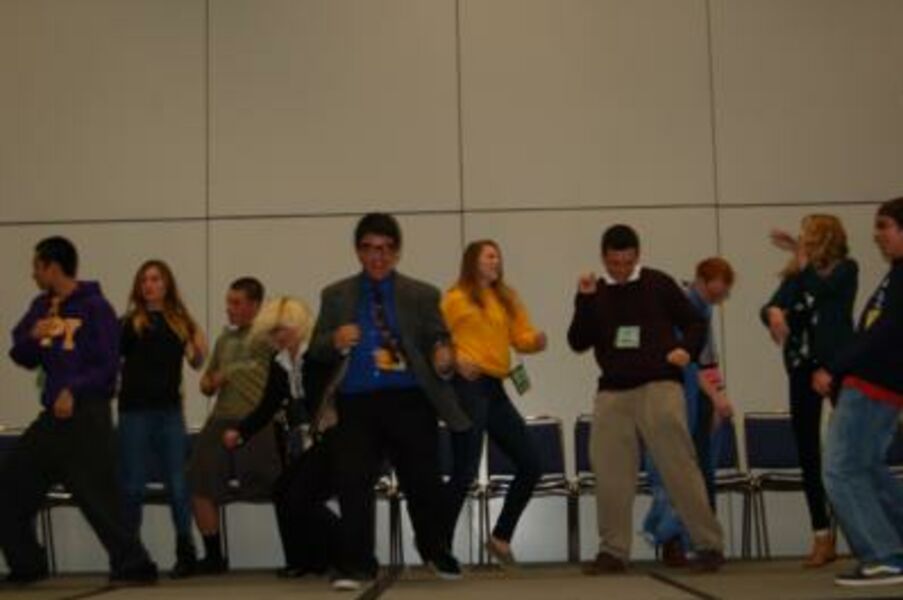 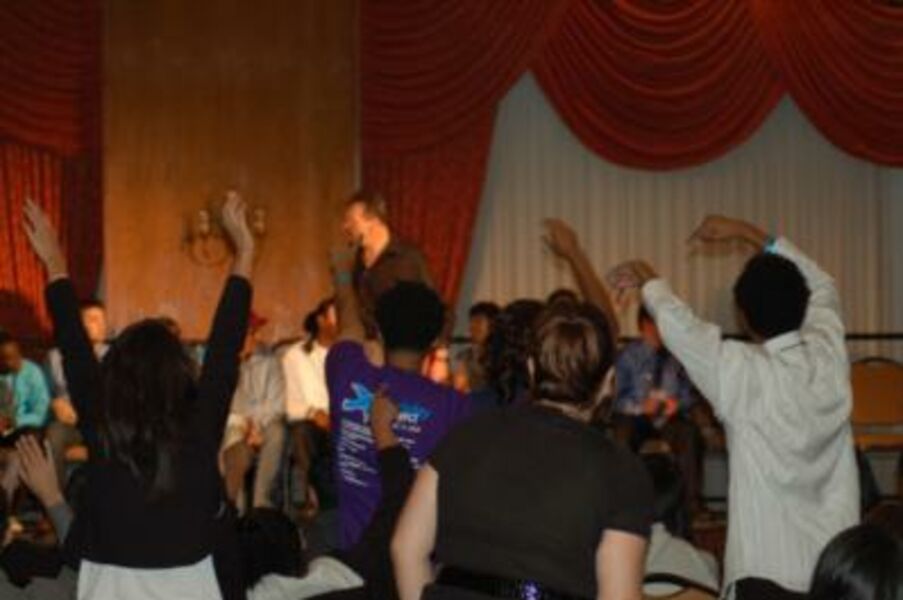 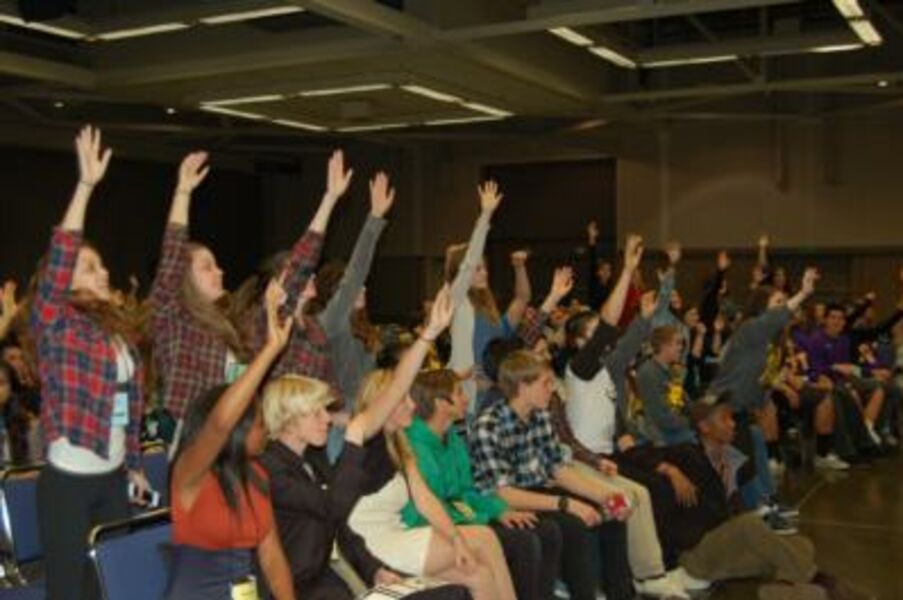 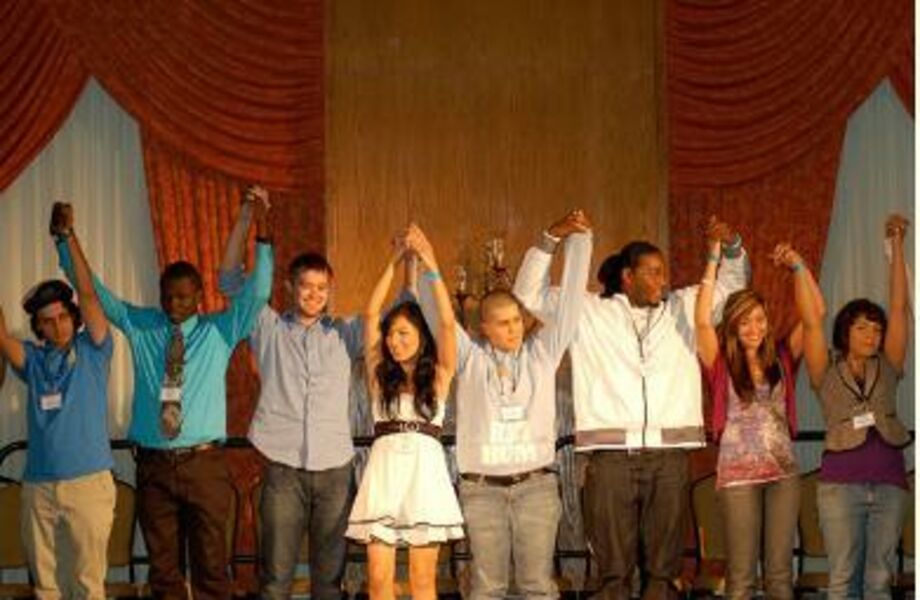 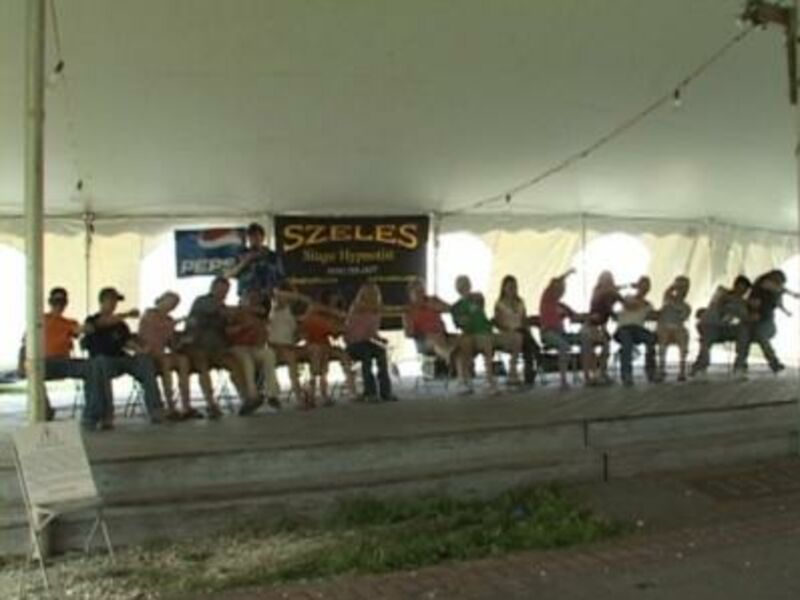 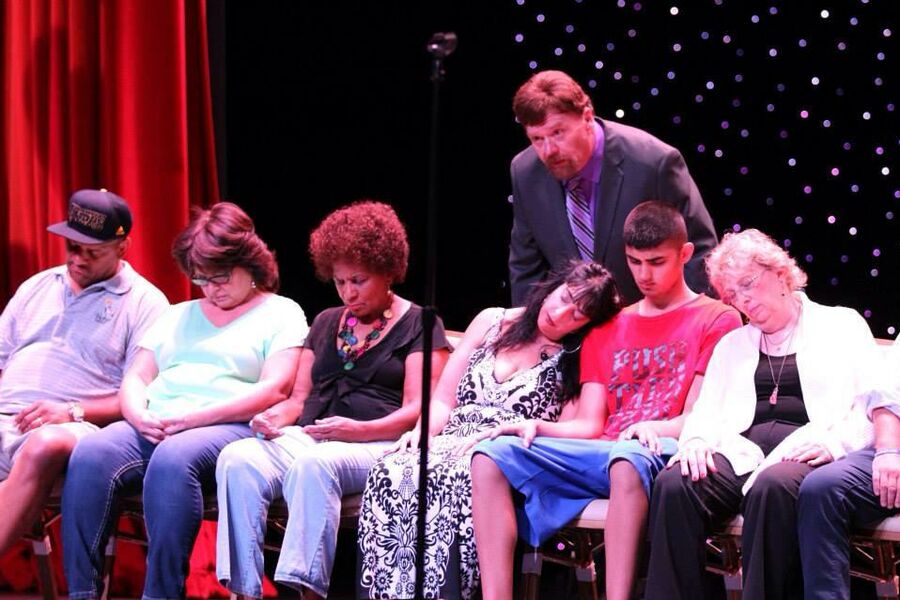 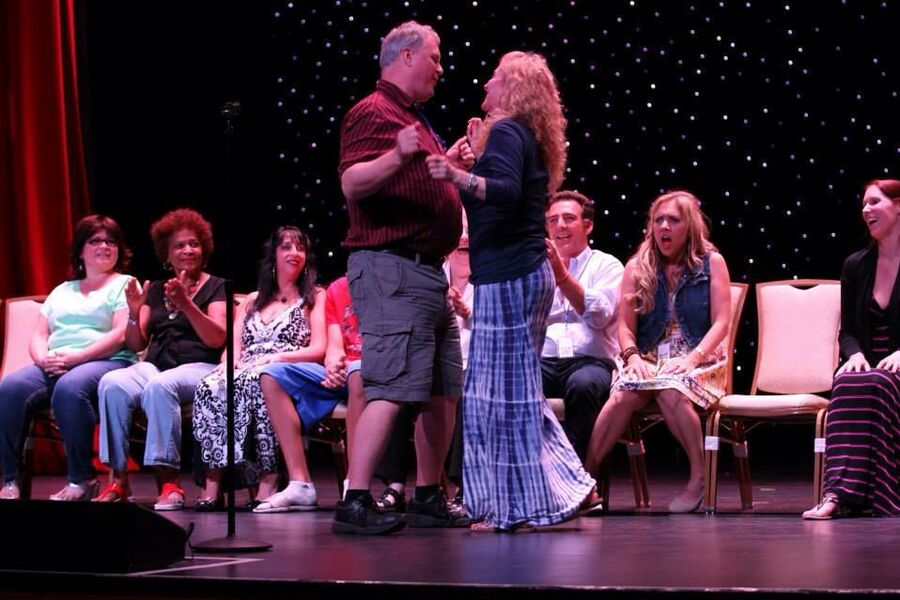 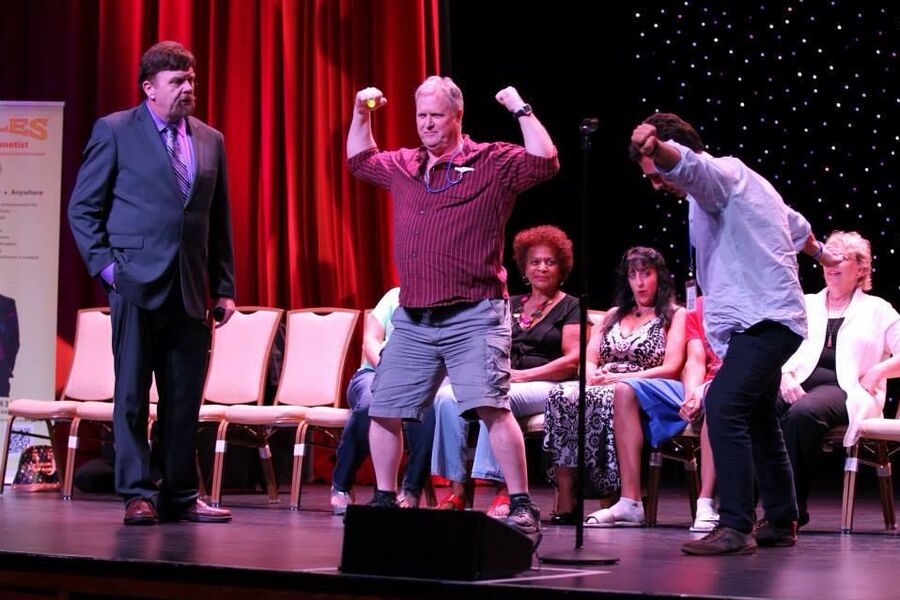 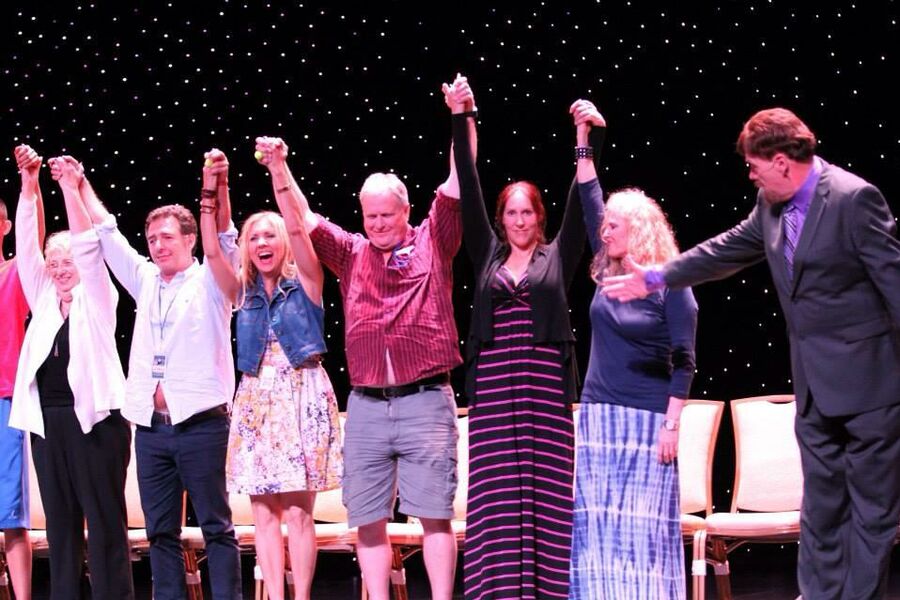 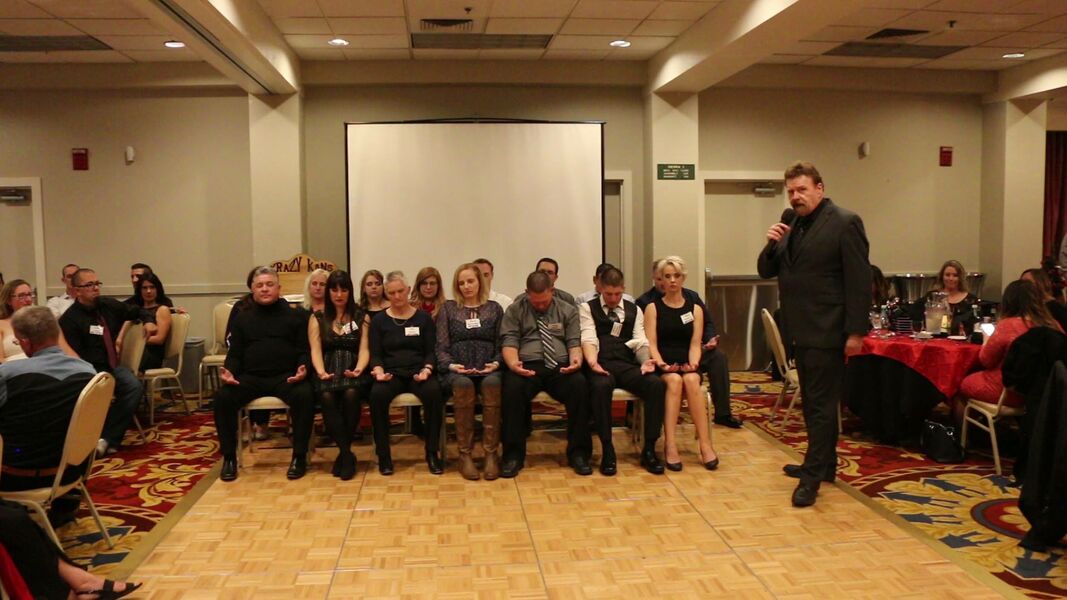 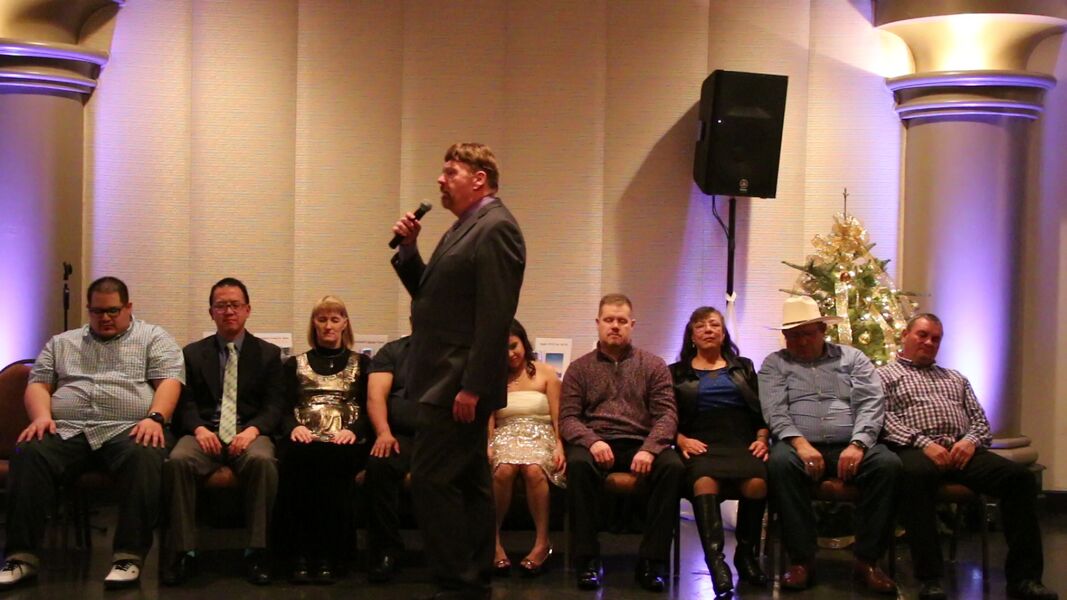