A hoosier by heritage, Kansas City's favorite Magician Comedian T.A. Hamilton was born in Indianapolis Indiana and spent his youth in southern Indiana along the banks of the Wabash River. His grandfather taught him about mechanics, woodworking, fishing and gardening. His grandmother, an accomplished musician and composer, appeared on radio. It was she who taught T.A. about music and God. Attending college prepared him for his performing passion which still grips him today. He enlisted in the US Navy and worked as a computer mainframe operator and programmer both overseas and in Top Secret facilities around the world. Upon his discharge he was presented with awards and letters of commendation from his commanding officers. His career blossomed and he is now in high demand for his wit, wisdom and exceptional skill set.

While others attempt to reach for the bar, T.A. Hamilton has set it to a height that few attain. Simply one of the busiest Magicians in the country, Fortune 500 companies make use of his skills for meetings, banquets, product lauches, commercials and special video projects. His voice is that of a trained professional communicator. His expertise in handling groups large and small, adult, family or just children is a life lesson in presentation skills. Kid Loved, Mother Approved, Family Appreciated.

His stand-up Comedy Magic and Fun Show(tm) is a 30min to 60min romp that will leave an audience laughing and thouroughly entertained.

T.A. Hamilton's crowning achievment in show production is his latest creation: The MAGIC-KA-ZAM (tm) Show. A two hour production with a 20 min intermission which is a wonder full extravaganza of magic, comedy, ventriloquism and large scale Grand Illusions as seen on television or in Las Vegas. T.A. Hamilton's show is the oldest and largest touring illusion show in the midwest and has not only entertained hundreds of thousands over the years, it is used by non-profit organizations to raise funds. Some organizations for which T.A. Hamilton has worked his magic have made as much as $10,000.00 plus in one single night! A real professional program which groups are proud to present in their communities.

T.A. Hamilton is the Official Magician for the Kansas Koyotes and has designed major illusions for several companies and a few sports teams such as the Kansas Magic Soccer team.

He is an author, inventor and creator: with books on the subjects of Magic and Ventriloquism and he has over 50 magic illusions, effects and products currently on the market worldwide. He has owned and operated Magic Emporiums and was one of the first to successfully market magic online.

Meeting and event planners trust Kansas City's Celebrity Magician Comedian, T.A. Hamilton, to deliver a quality program with the appropriate ammenities and grace required of a top professional. He is known as the "Frank Sinatra" of Magic becuase of his class and style.

His client list reads like a who's who of american business giants. IBM, Sysco, DuPont, Kodak, Microsoft and thousands more. (References and video available here)

Mr. Hamilton likes a diverse schedule and as such we book him constantly for events, celebrations, parties, banquets and fundraiser programs in all types of venues. His appearances for Library Programs, throughout the midwest, draw huge crowds and his personal appearances at fairs and festivals during the summer months do likewise. Concerning Mr. Hamilton and his performances, he is usually booked well into next year. That does not mean that a particular date is unavailable, but waiting to book him is unadvisable. If the date is open, grab it quick. We will work hard to secure the date you want and assist you.

Kansas City's Celebrity Magical Comedian is a consumate gentleman and true professional. The best is perhaps a bit more expensive than an amateur but the results are sparkling. Mr. Hamilton delivers the goods everytime, within your budget. Exquisite entertainment, affordable fees. Don't make any decision until you speak with us.

T.A. Hamilton is a family friendly magician appropriate for all ages. His show with its audience participation will have your audience begging for more.
(more)

This was for a kids birthday party. Kids loved Mr Hamilton. We were surprised to see kids not running around. They sat at their chairs through out the show. Mr Hamilton was very flexible as well. Overall kids and parents alike enjoyed the show. A week after the party, they still talk to me about the show

Thanks for the great review. We really enjoyed being there and performing for you! 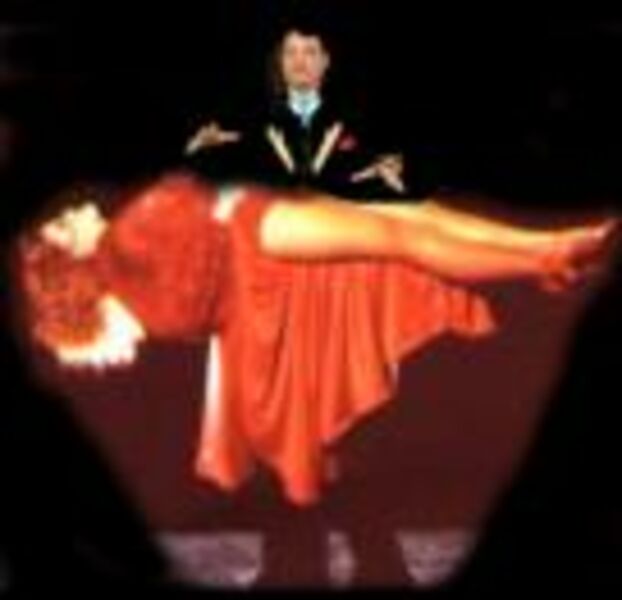 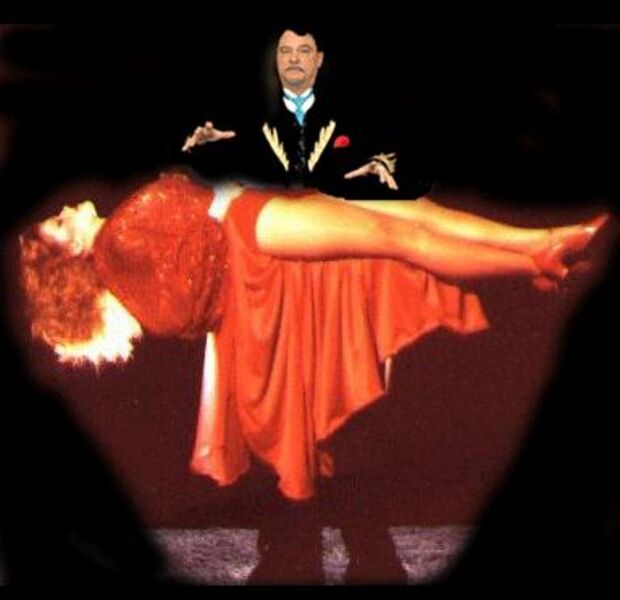 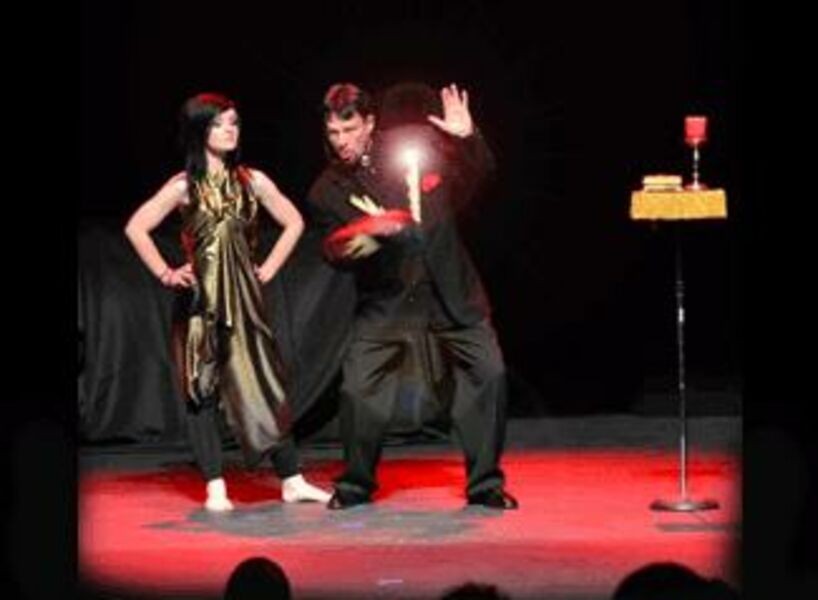 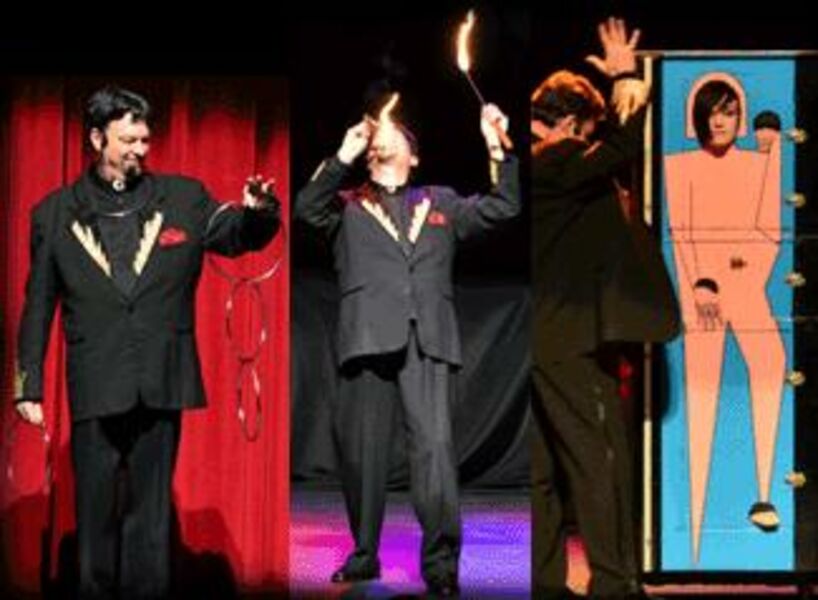 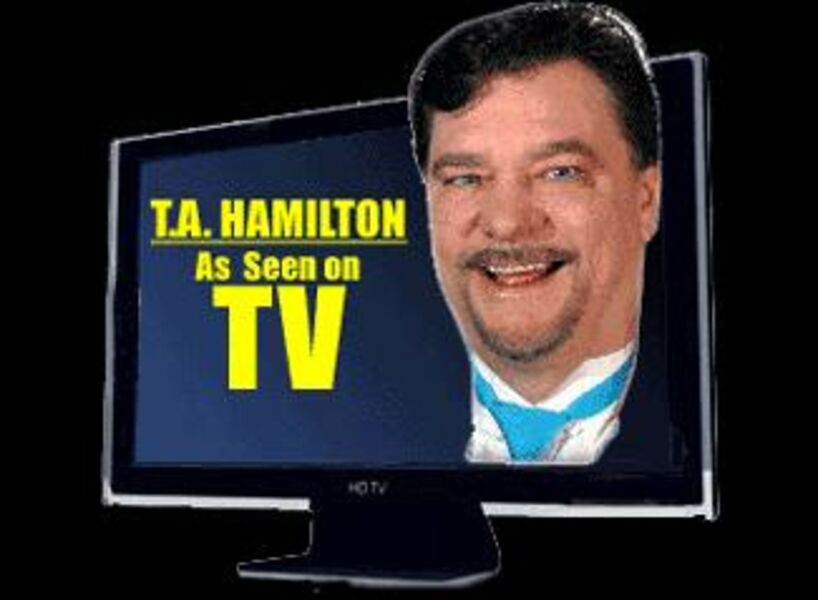 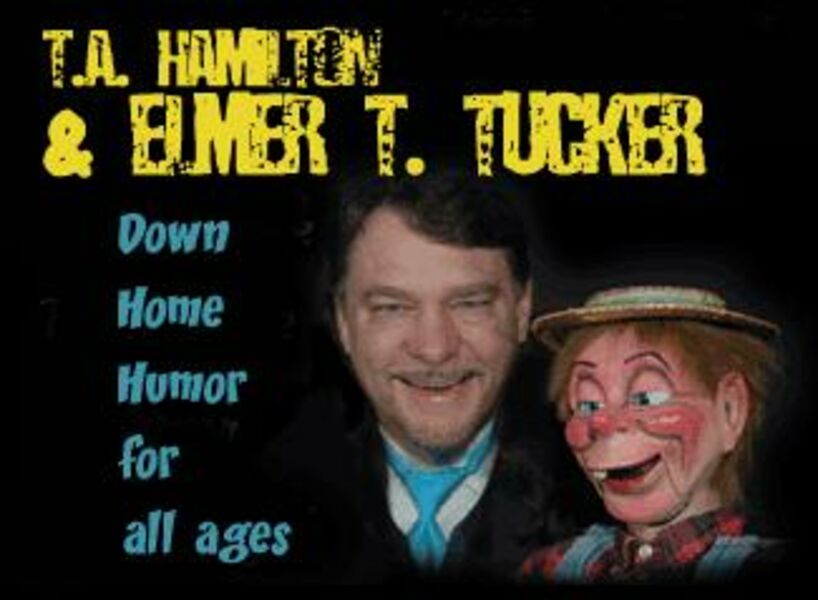 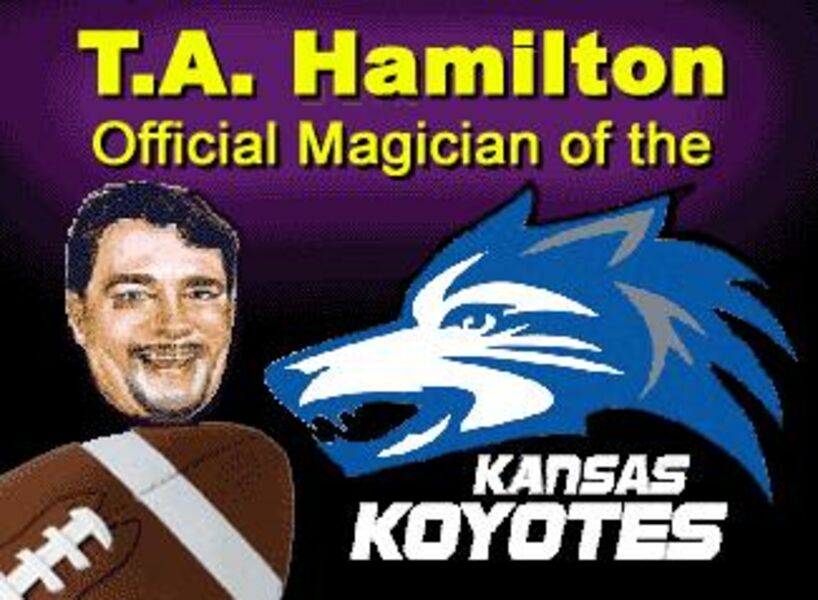 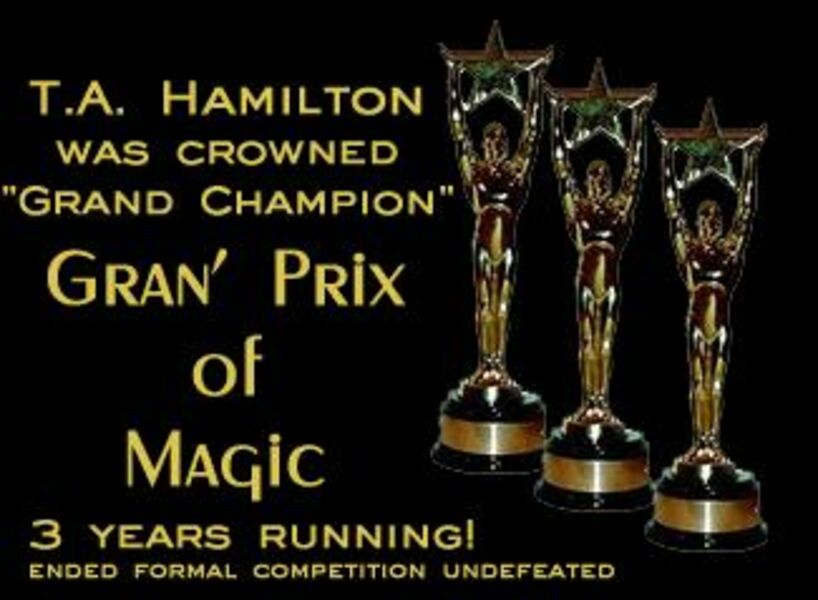 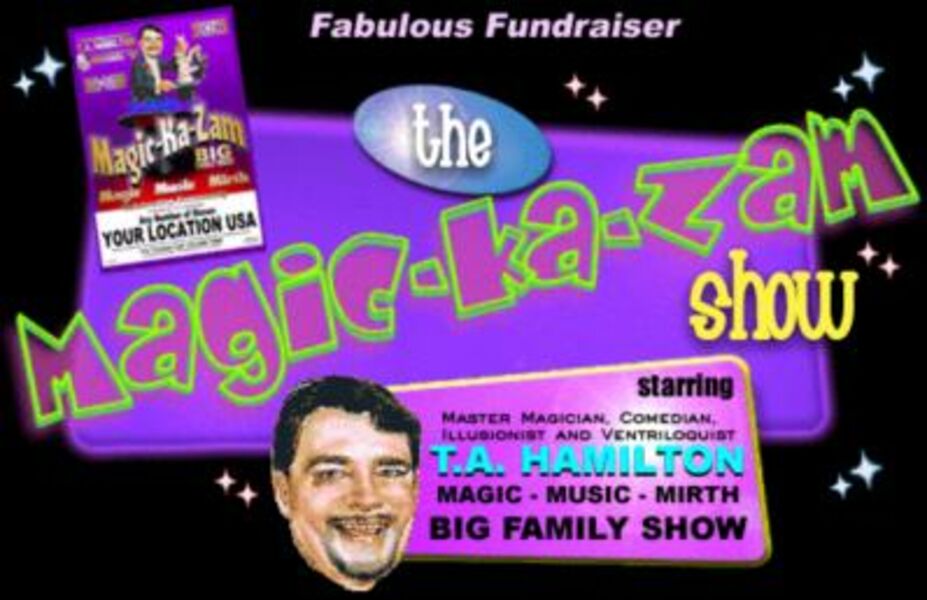 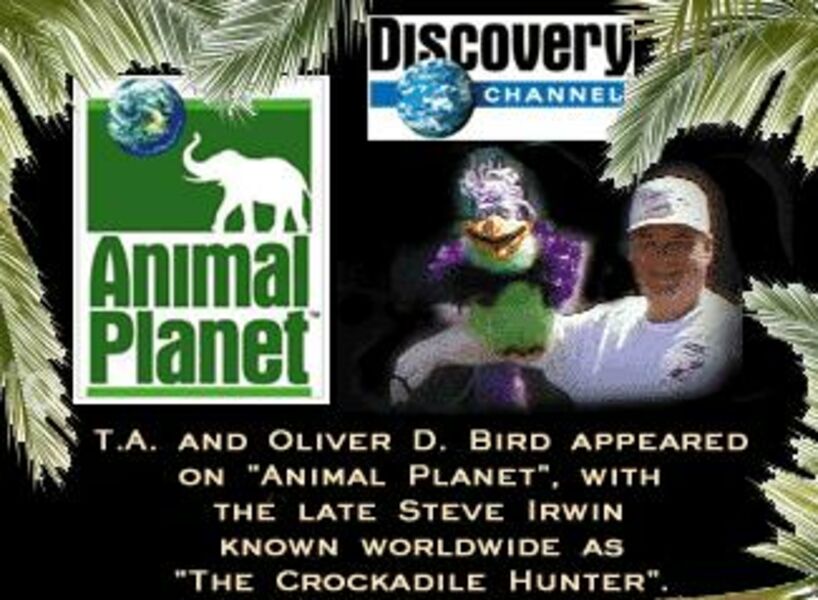 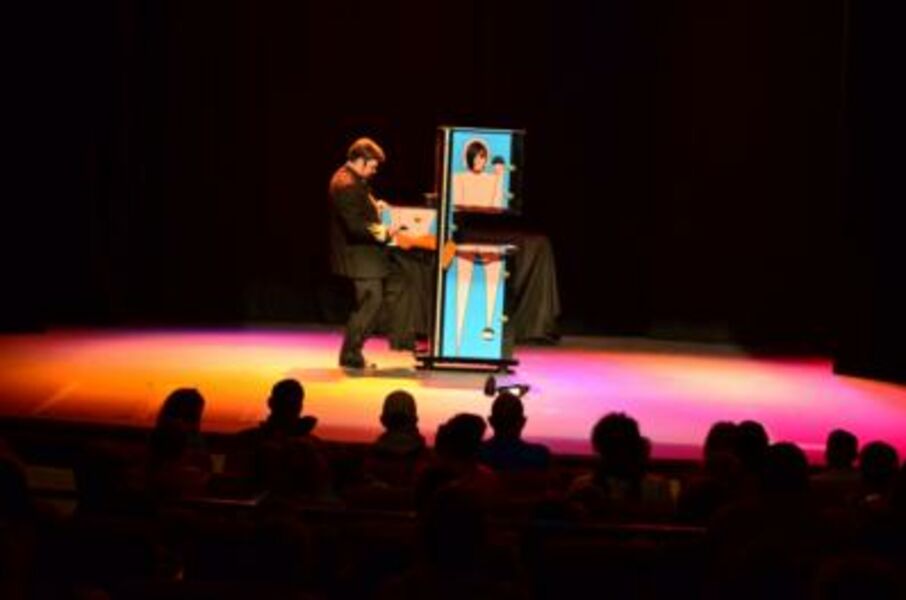 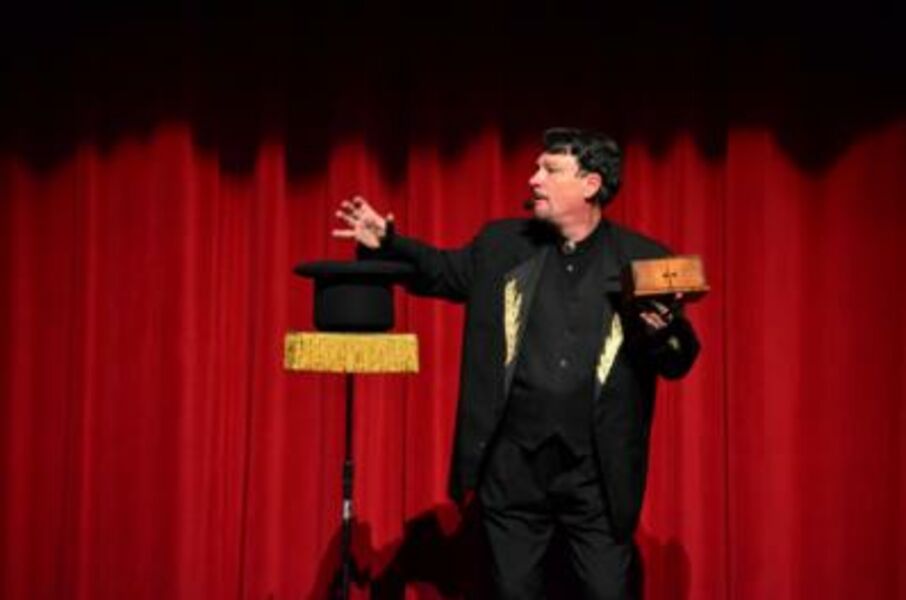 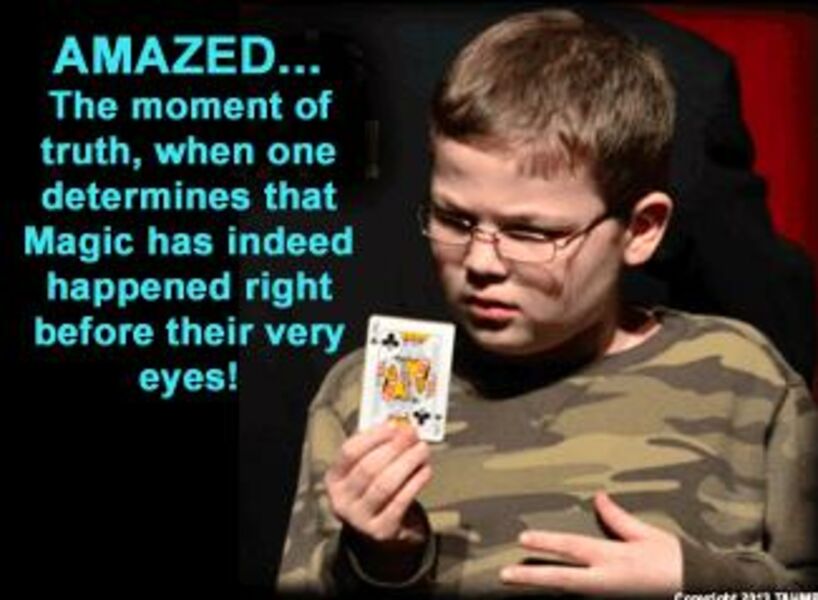 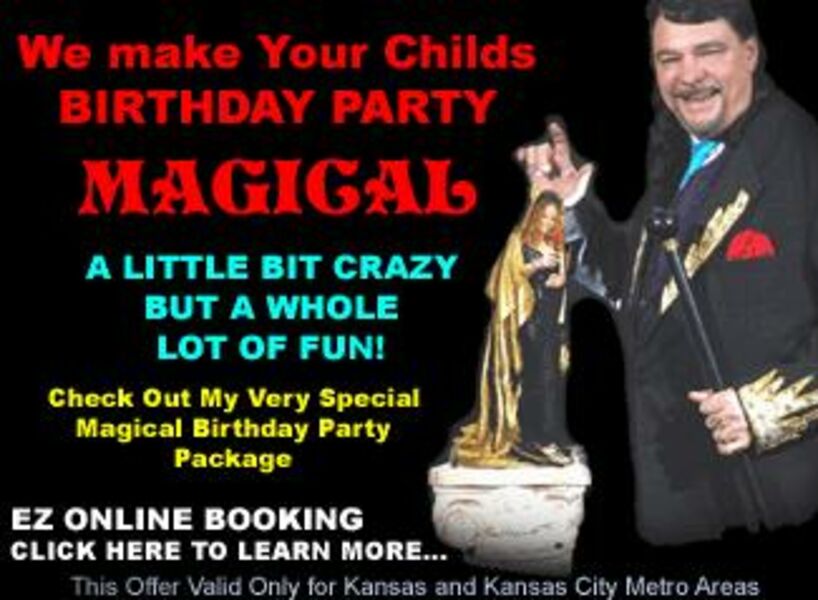 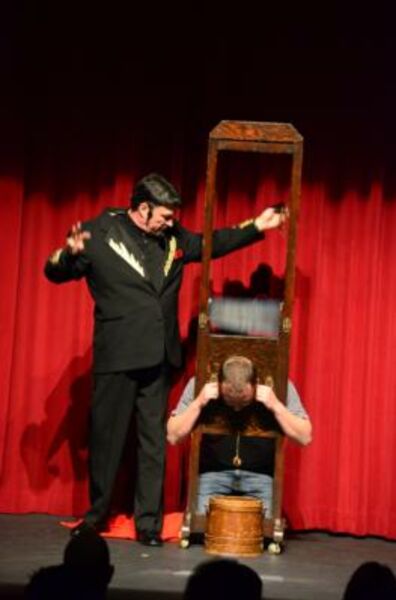 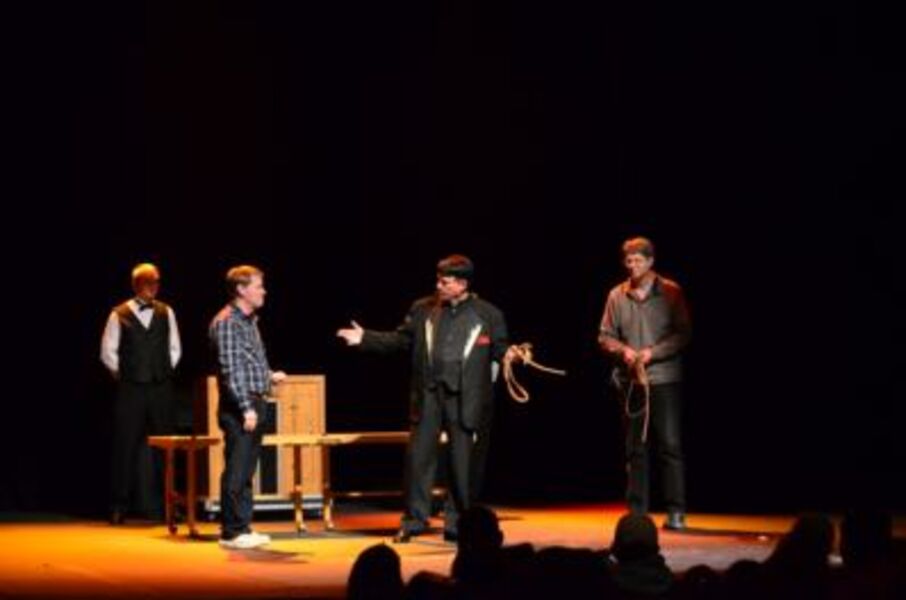 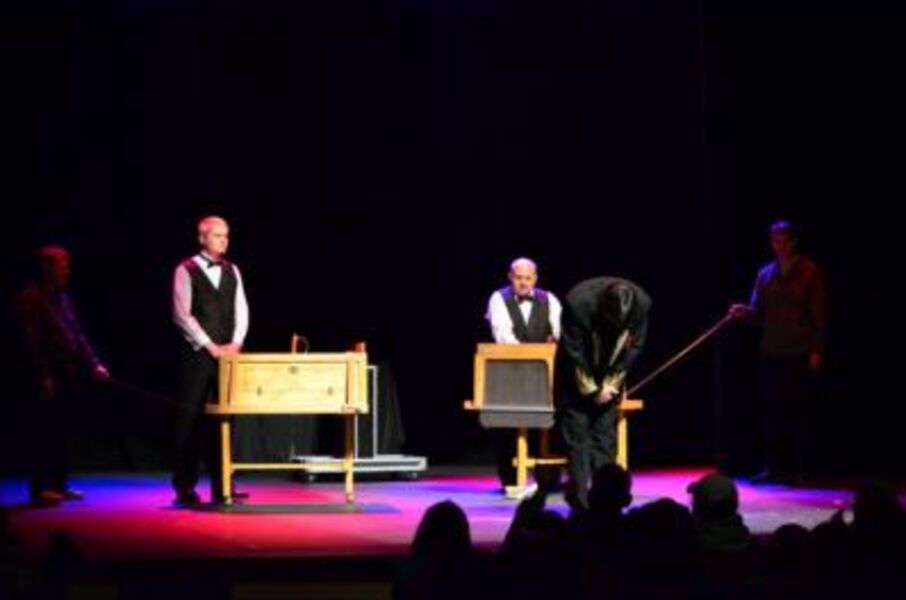 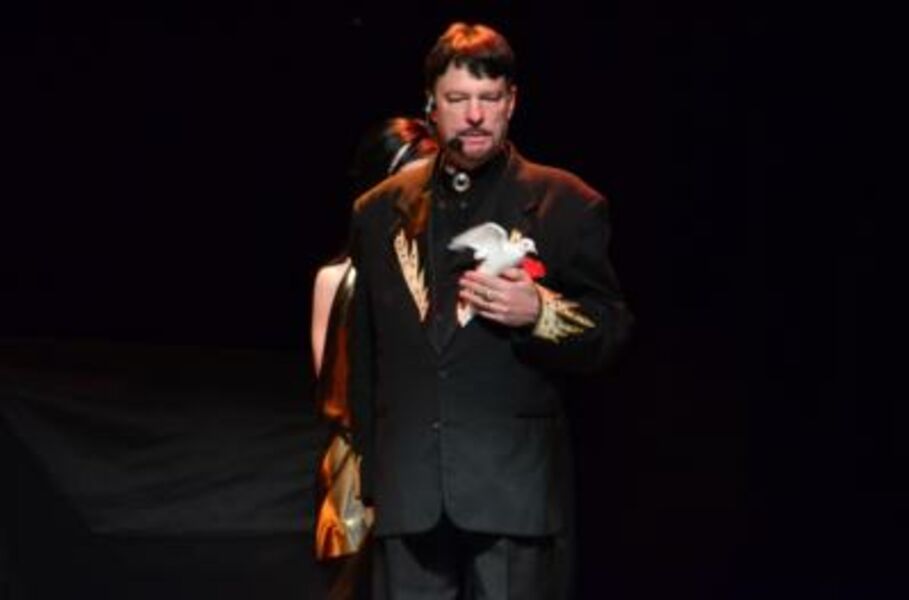 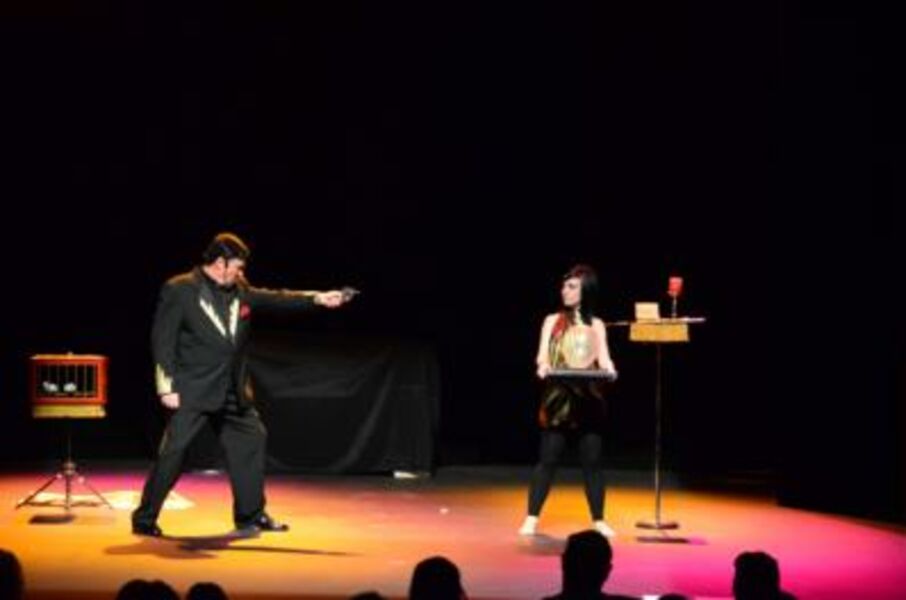 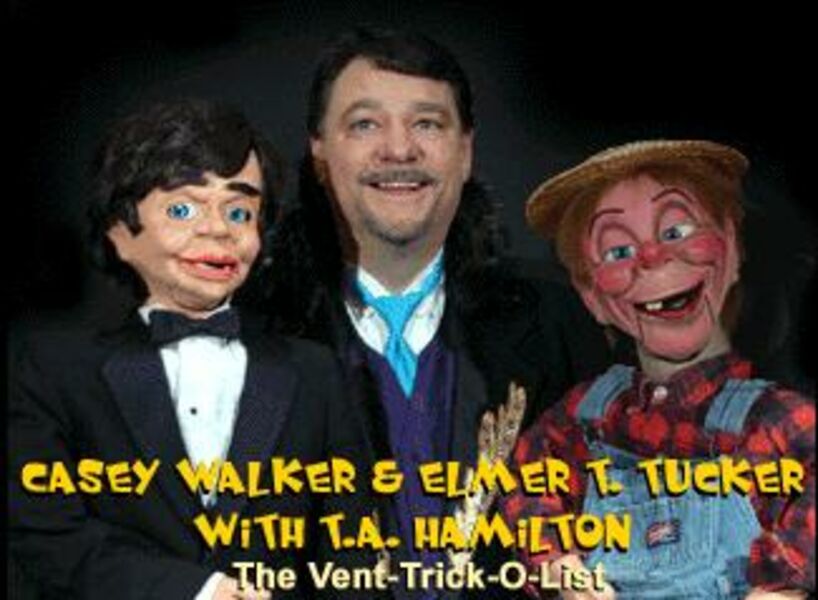 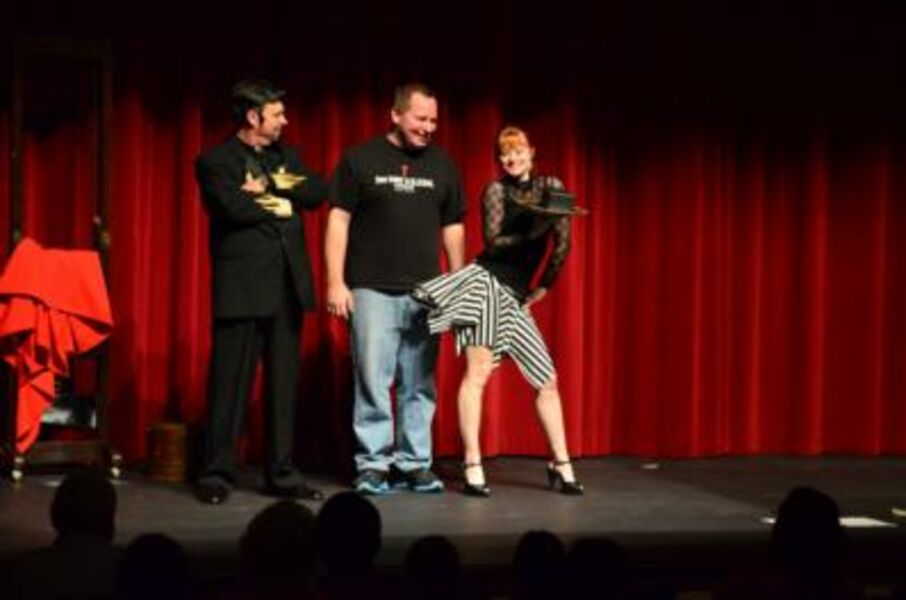 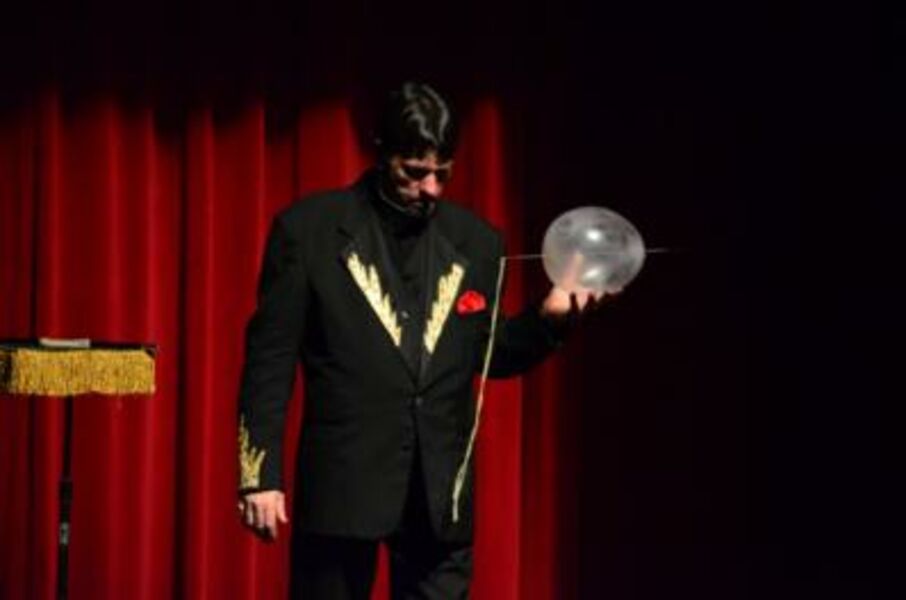 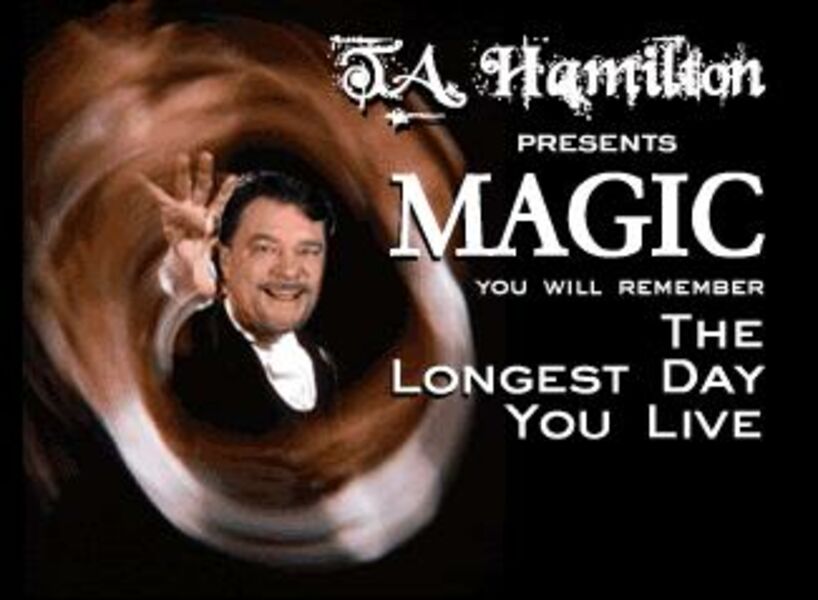 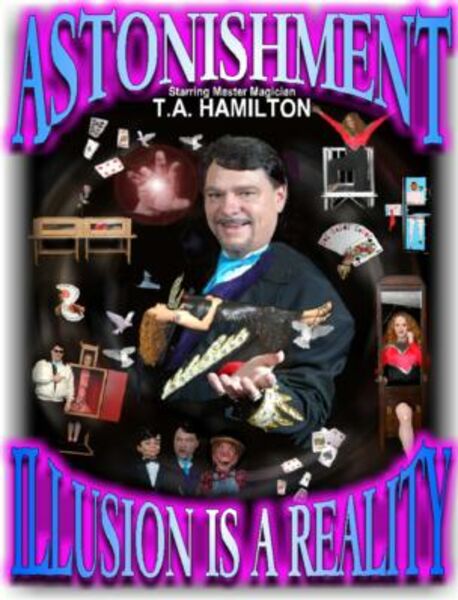 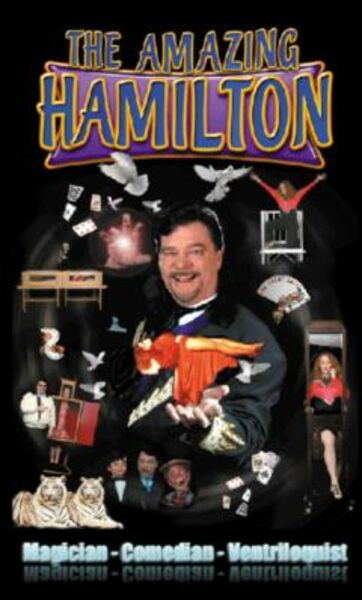