17
23 VERIFIED BOOKINGS
MEMBER SINCE 2008
AVAILABLE UPON REQUEST
Steven Andrade is one of the best and well known impersonators in the world. His recent stage show in Atlantic City's became one of it's longest running shows. Not only has he performed for millions of people around the world but in the summer of 2013 he performed for Cher herself! Most recently he was used as her double during a private record release party where he fooled members of the press while she entered through another entrance. With his dead ringer Cher impersonation and near identical, hand-made by himself, Bob Mackie costume repulicas, he is guaranteed to wow and take your guests breathe away. You'll swear you seeing Cher! He has entertained as Cher on TV shows, casinos, corporate events, nightclubs, and graced the pages of People, InTouch, & RollingStone magazines. If you are looking for entertainment that your guests will never forget, contact him now! Please note that during the show Cher's real voice is used for maximum "Cher Effect."

June 6, 2013- Sandra C., Private Party
OMG...that is the first thing that comes to mind. Working was Steven was such pleasure. From our first conversation to the day of the event, any questions I had he answered. First off, the guests were amazed and so surprised! They had a blast and are still talking about our 6/6/13 event!!!! I still keep looking at the pictures and can't believe what a fantastic performance he put on. Our wedding couple was so happy and the guests were entertained more than they imagined. He is a spot on CHER! The costumes, the makeup, the music. AMAZING! Having Cher at our party made it so memorable for everyone. I would HIGHLY recommend him for your party or gathering to WOW the crowd...

December 31st, 2012 Ken H., Wedding
We could not have had a more perfect event without the help from Steven Andrade as Cher. Guests at our wedding reception on NYE 2012 had no idea what to expect and frankly, many didn't even realize it was an impersonator! People in my hometown were calling each other with rumors of "Cher" being in town. Steven did such an amazing job, we wouldn't have wanted to have our special day any other way. Youre' awesome ! Aside from being a fantastic entertainer - he's down to earth, and very pleasant to deal with. A+++++

Roxane
Friend's 50th Birthday Party. Crystal Springs, NJ
i am still in awe of the performance at my friends 50th birthday!! cher was such a hit people were gaping in the windows wondering if "cher" really was in the room. steve, you are awesome!!!as cher and as steve! everyone is still talking abbout you!! if you haven't booked steve for your party yet...what are you waiting for...he's THE BEST!!!!!

Samuel A. -Hollywood Entertainment, Monterrey, Mexico
Dear Steven;
We at Hollywood Entertainment would like to thank you for coming out to Monterrey Mexico and performing at our property on July 24th and 25th 2009. You are truly a gifted performer, and your expertise in helping putting together the show as a producer is unparrelled. I know the crew of performers here in Mexico enoyed working with you and welcomed your professionalism.They have asked me "when is Hollywood Entertainment bringing back Cher and Prince!" The show was truly a specatacular event and we achieved our goal, it was the first time any Casino Property in Monterrey has done an event of this type. So thanks for helping keep Hollywood Entertainment in the mainstream by offering great entertainment for our guests. As an FYI, I have contact my corporate office in Moscow and they were pleased with the event and the outcome. So more than likely, we can do something for our others properties worldwide. Once again Thanks!!

Sandy Brindamour, E.D. Alliance for Living
Hearts were pounding in anticipation of Cher's entrance by the standing room only audience at the Cornerstone Playhouse. The adulation poured from the 18 to 80 year old crowd - people screaming in the aisles, jumping from their seats to get a better view. Those legs, those lips, those moves, no one could have asked for more! Sandy Brindamour, E.D. Alliance for Living

Alicia D. Basso, AK Entertainment
Steven Andrade puts on a first class, world-class Cher show! Don't doubt his pictures, he looks exactly like Cher! Steven's Cher-isms: from her walk, rhythmic stylings and costumes are PERFECT! I hired Steven for a benefit in Rochester NY and he tore the house apart! Every time "Cher" came out in a different Cher/Bob-Macke outfit, the place went even more nuts than the song before! Wait until you see the jaws drop!!!!!! Mine did! Seriously when I first saw the website and still photo's I was very skeptical. How could someone literally look just like Cher? Well, you can believe your eyes! Your event will be very successful if you have Steven Andrede as Cher!!!!!!!!!! One top local radio talent couldn't stop talking about Steven/Cher the next day! A complete winner! Please call me if you have additional questions.

I could not possibly put in words how great Steven was! My guests will have such great memories of this party and will be talking about it for months! His show was flawless! I highly highly recommend him for your next party. You will NOT be dissappointed.

Hearts were pounding in anticipation of Cher's entrance by the standing room only audience at the Cornerstone Playhouse. The adulation poured from the 18 to 80 year old crowd - people screaming in the aisles, jumping from their seats to get a better view. Those legs, those lips, those moves, no one could have asked for more! Sandy Brindamour, E.D. Alliance for Living

Steven was great with Monica, who is a developmentally disabled adult. He performed Cher's greatest hits and he had 5-6 costume changes. Monica held her hand against her heart while "Cher" performed because her heart was racing with excitement. He was perfect for our event, and Monica was the happiest birthday girl ever! Thank you Steven you have no idea what you have done for Monica! It was great to see her smile and sing with you! 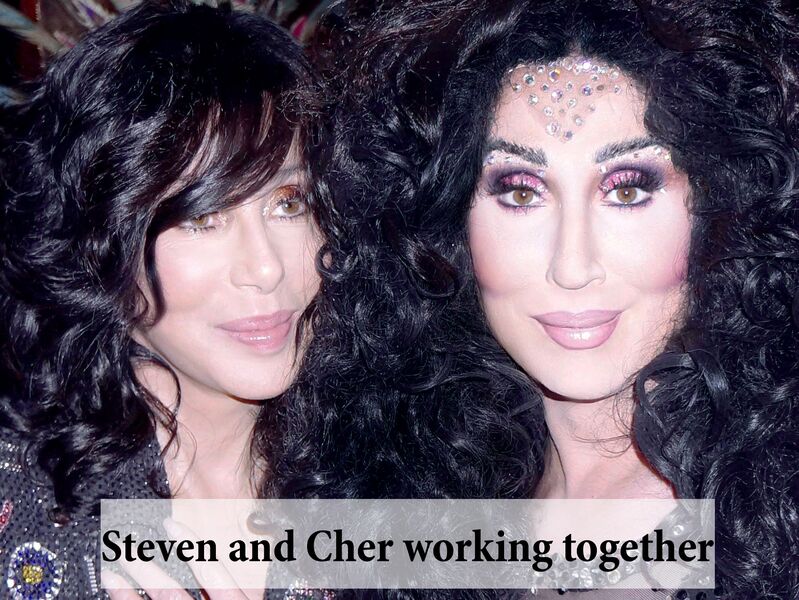 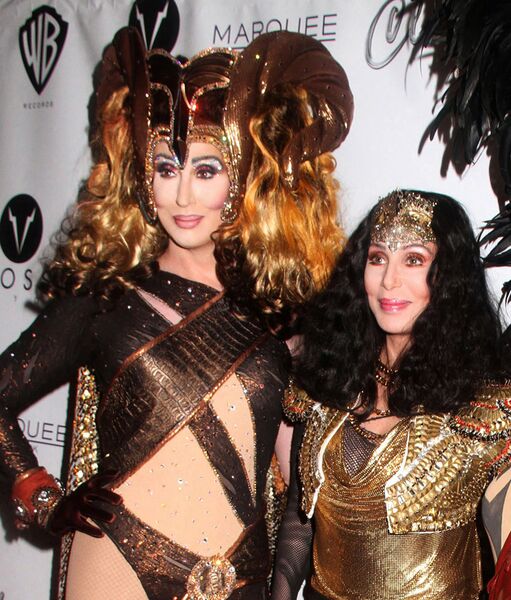 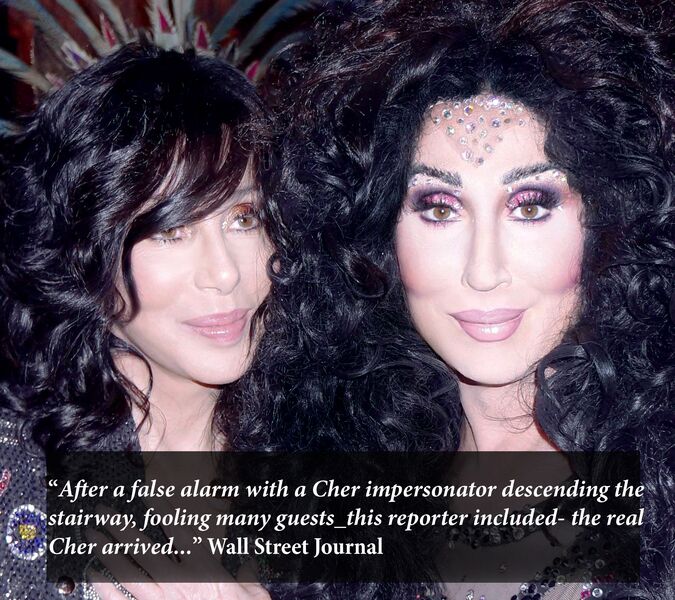 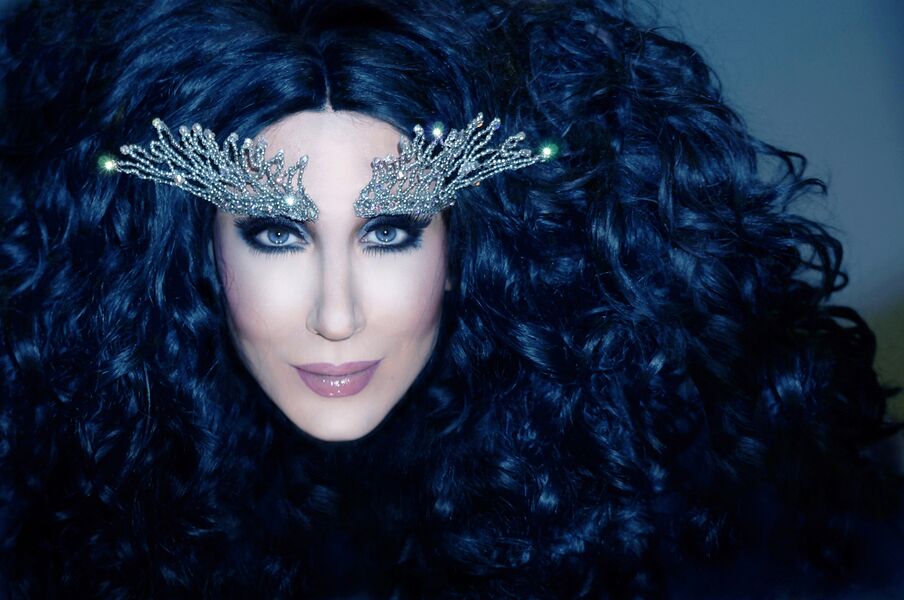 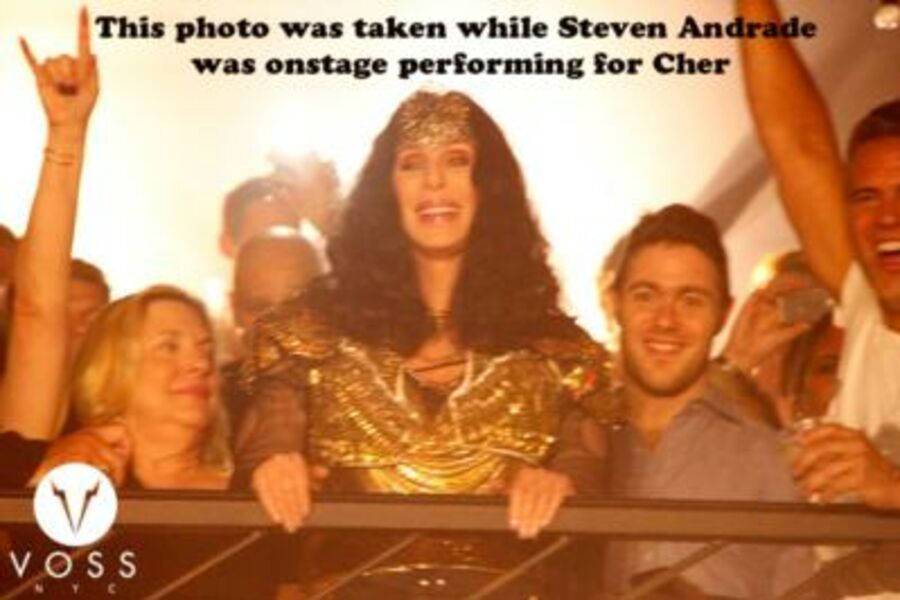 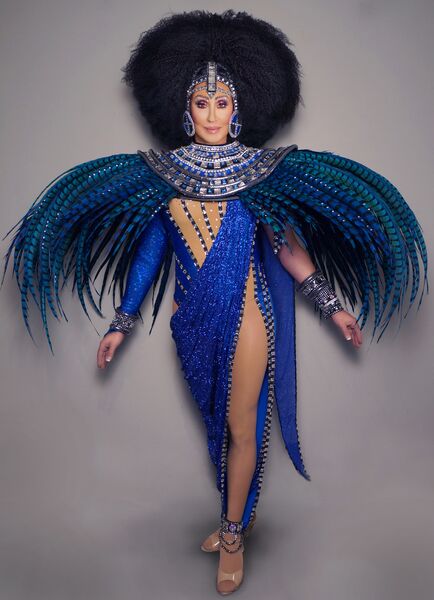 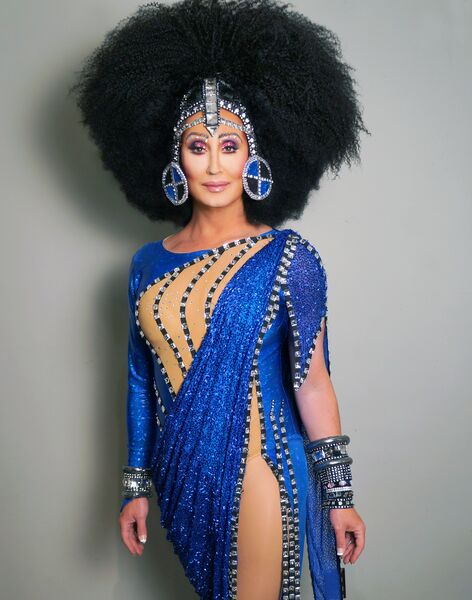 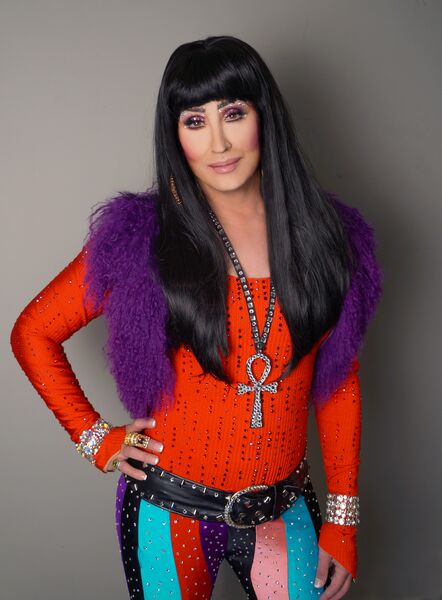 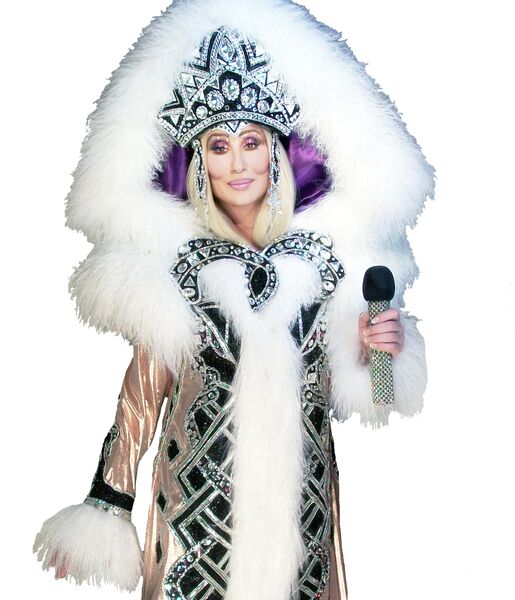 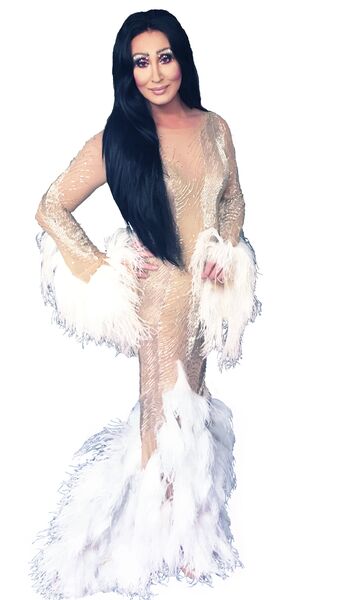 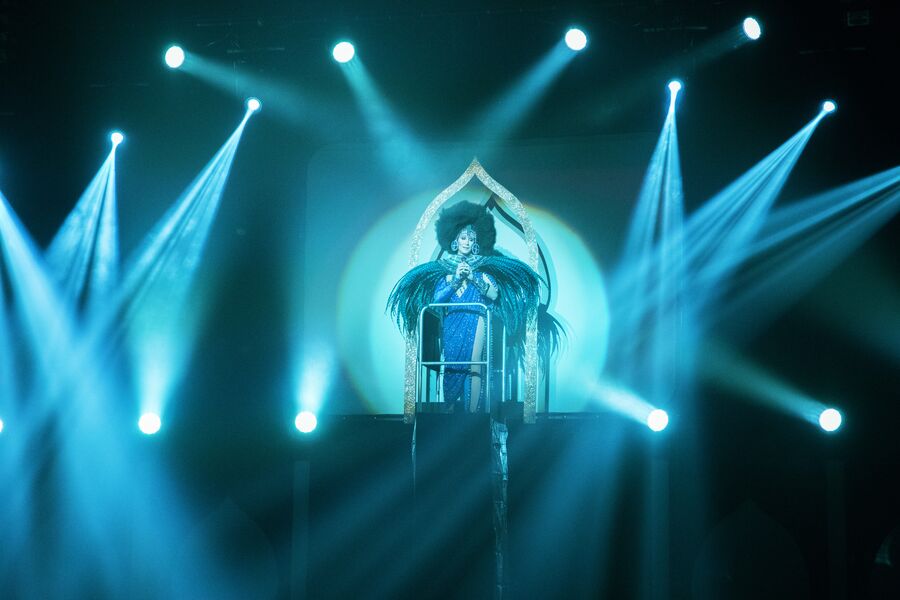 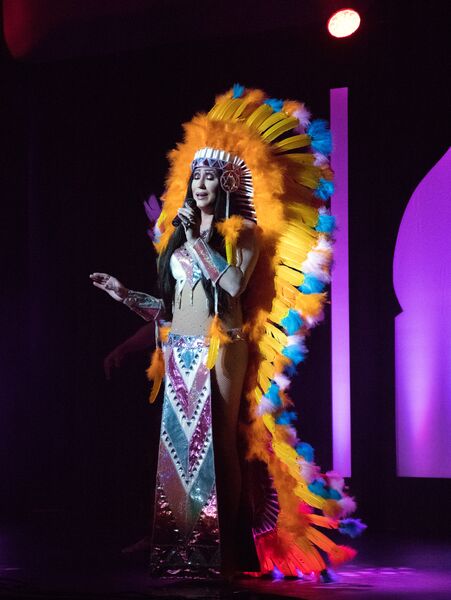 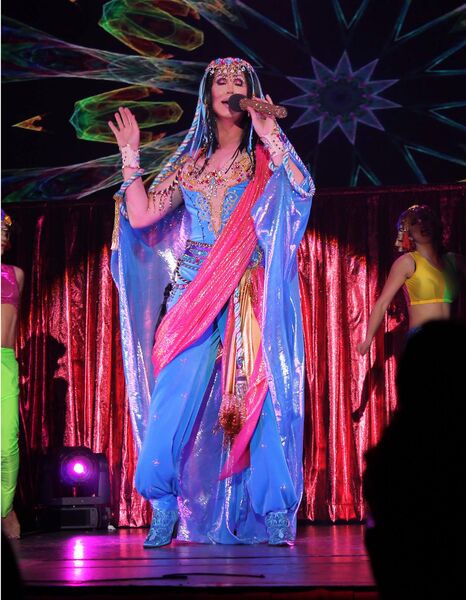 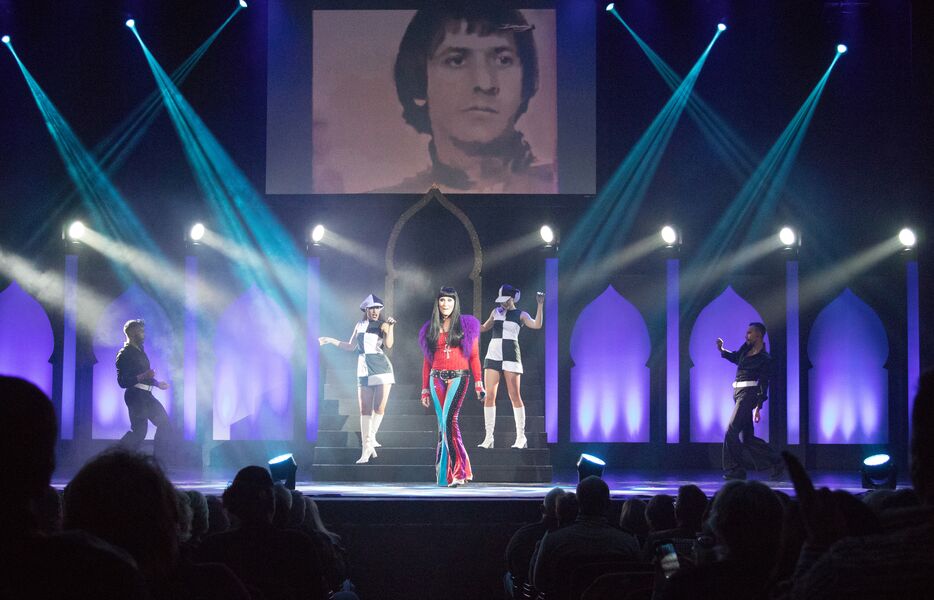 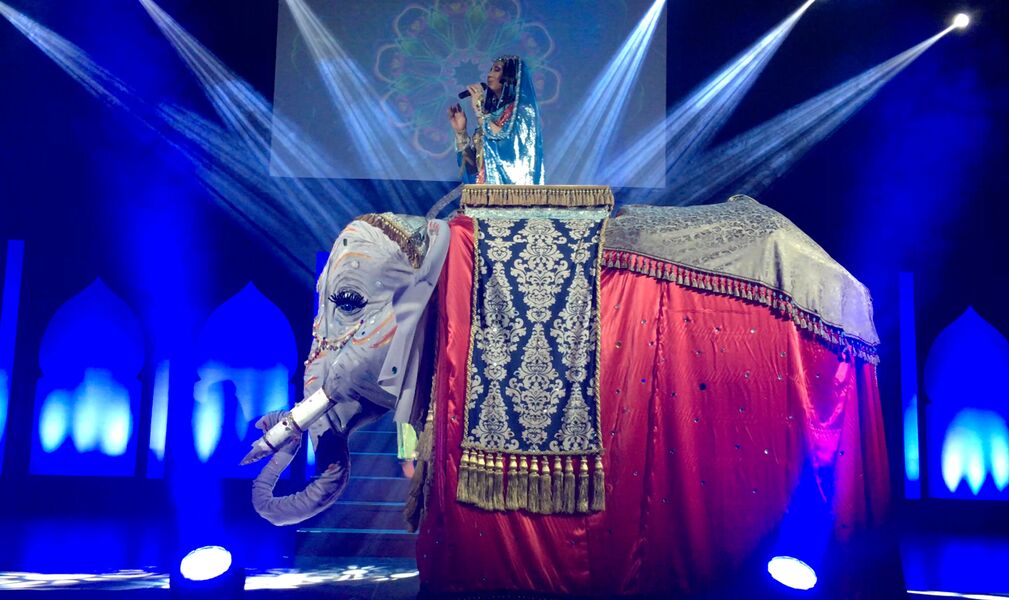 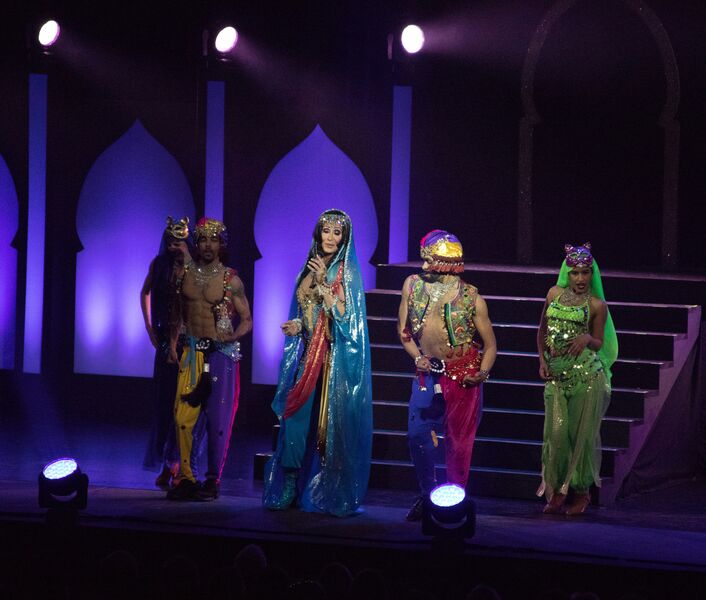 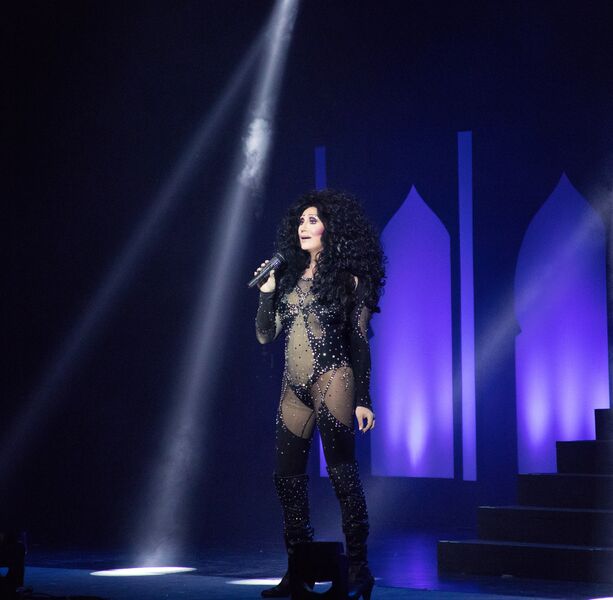 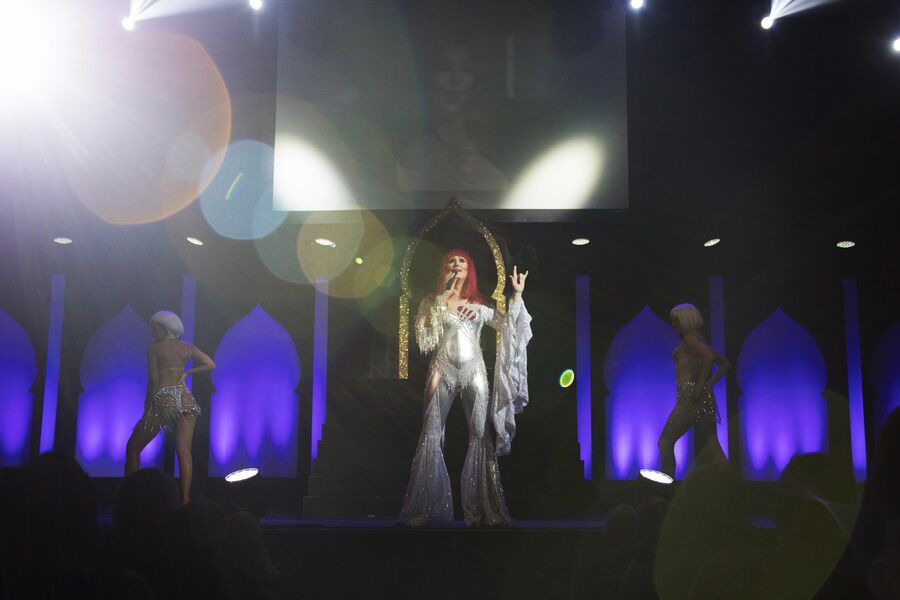 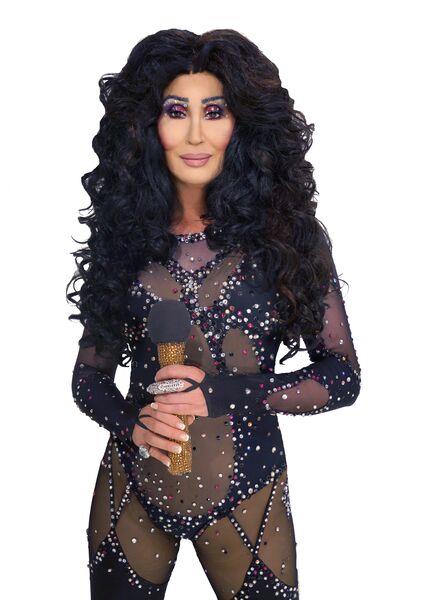