German Band from Columbus, OH - Will travel up to 10 miles
MEMBER SINCE 2013
$400 - $2000 per event
Cheese with Music (Käse mit Musik) is an energetic group of musicians playinng Polka and Dance tunes while featuring a lead Alphorn. It derives its name from a popular dish in Germany: a special cheese is soaked in vinegar and onions, served with bread or boiled potatoes. Founded in 2012, the trio has quickly become a favorite in the Central Ohio polka community, with rave reviews for their professionalism off-stage and their entertainment on-stage.

Performance
With over 125 years of combined music performance and professionalism, Cheese with Music knows how to respond to a crowd. The band members create a powerful performance in that no breaks are necessary for a two hour gig. Alphorn duets calm and enthrall the crowd while the accordian takes a rest. Accordion and String Bass resonate while Angela actively works the crowd, asking for requests and encouraging dancers. "Sing and Swing" is a common phrase. The most popular part of the program is always the primary trio: Alphorn, String Bass and Accordion. Few works are actively composed for this ensemble, so much of the pieces are self-arranged, and in some cases self-composed.

When the crowd is right, the crazy hats come out and the Chicken Dance makes its way to the floor. At least one "Ein Prosit" per hour is sung. We've had little children dancing the Schuhplattl and adults dancing the polka.

History
The Alphorn has long been the communicator of the Alps - think of it as the original cell phone. Each summer, the shepherds would take their cows to the heights so they could feed of the fresh grass and allow the valleys time to grow/regenerate. While roaming the heights, they would call home each night to let their family know all is well. Each shepherd had his own call for danger, all is well, etc. It has been said that the tone from the Alphorn can carry 8 miles through the mountains on a clear day. The tones of the Alphorn created such a intense homesickness during the Napoleonic wars, that Napolean outlawed them due to the high number of suicides/desserters amongst his hired soldiers. 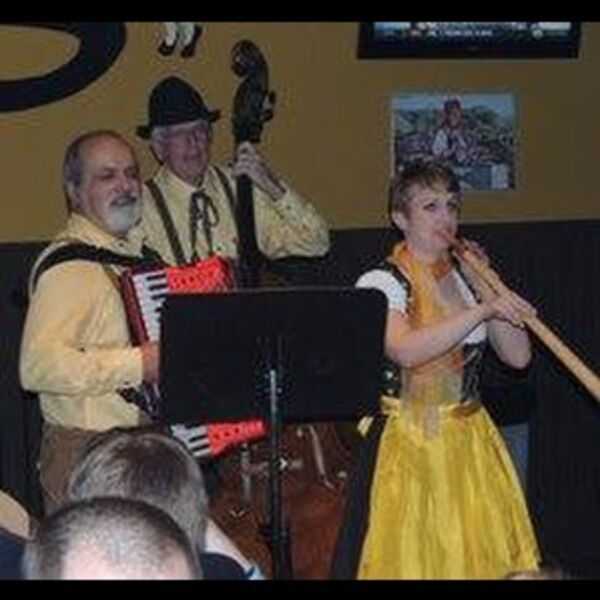 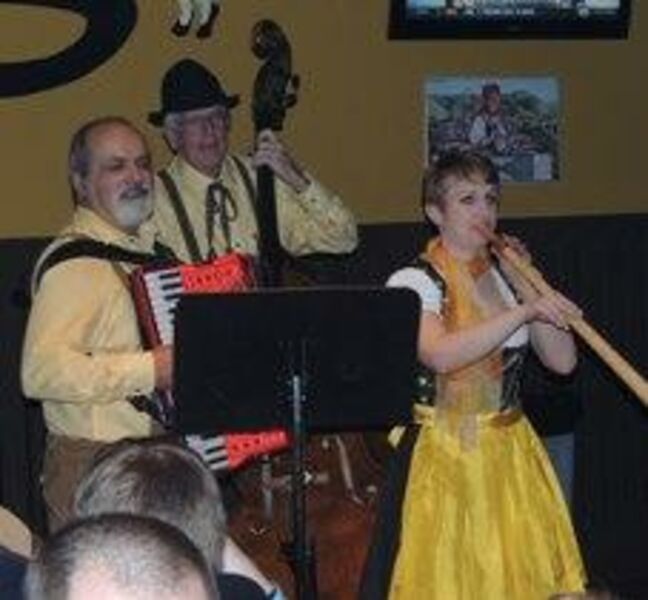 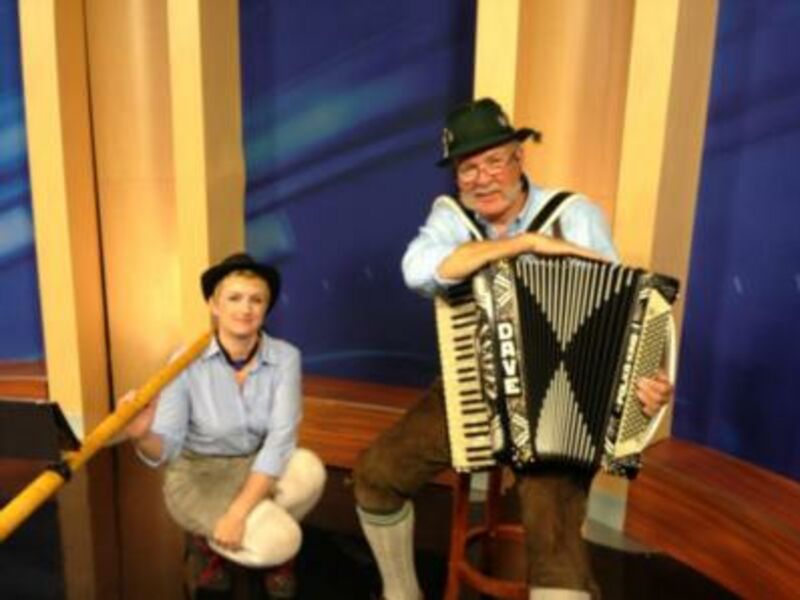 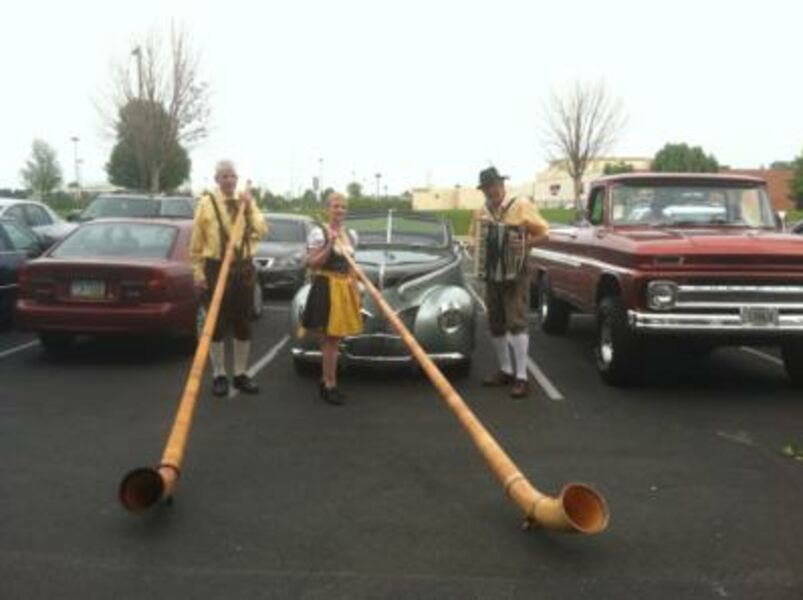 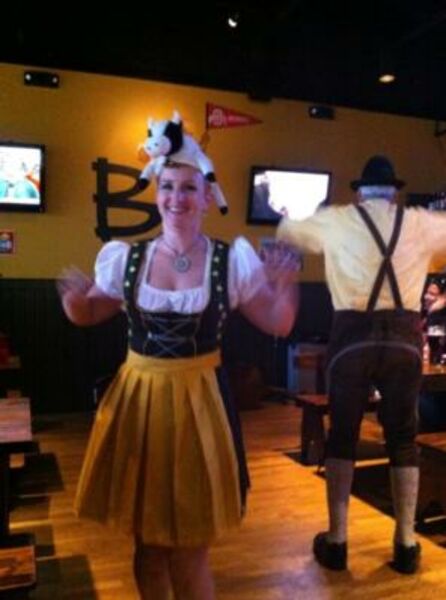 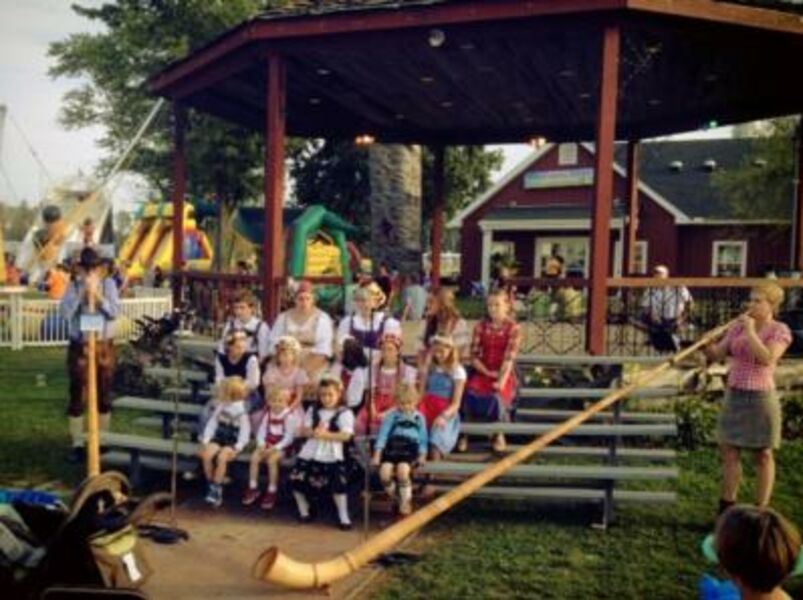 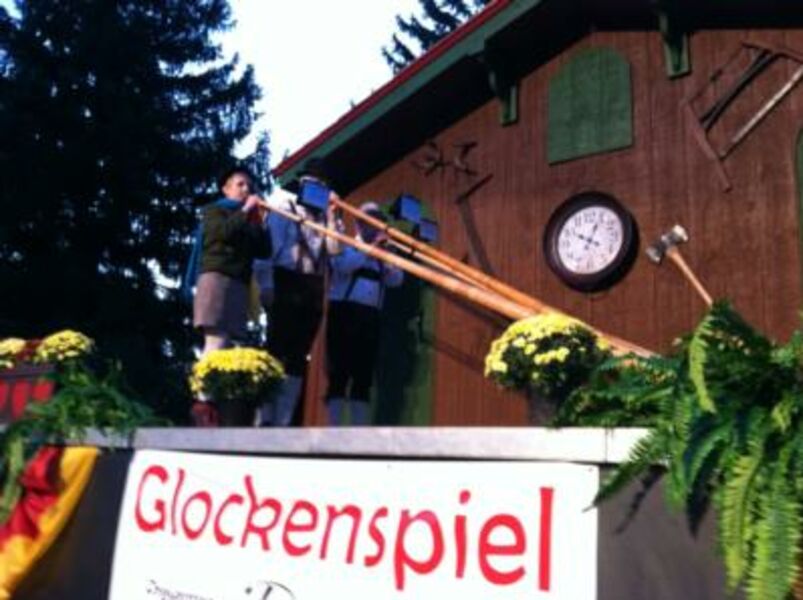 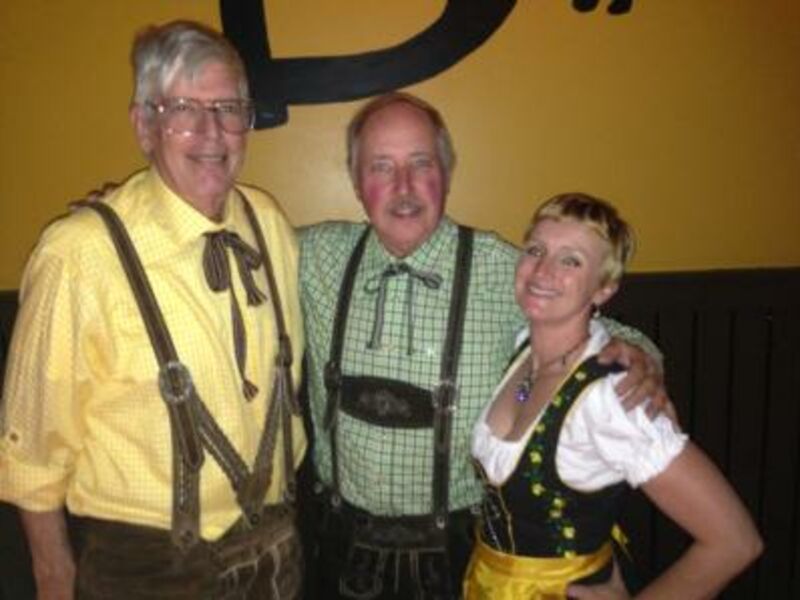 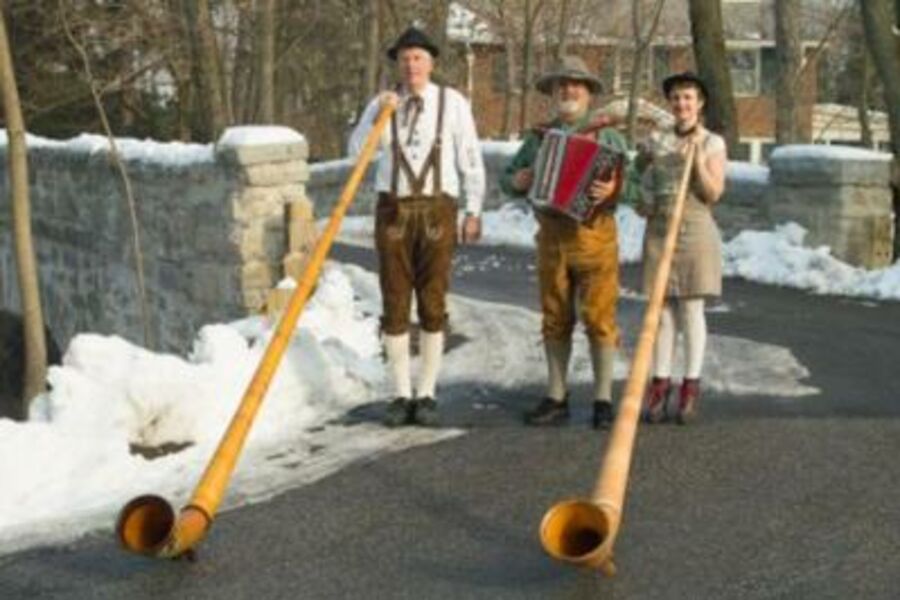