Jazz Trio from San Francisco, CA - Will travel up to 800 miles
15
26 VERIFIED BOOKINGS
MEMBER SINCE 2014
ACCEPTS ONLINE PAYMENTS
$650 - $6000 per event
ACCEPTS ONLINE PAYMENTS
VIRTUAL SERVICES OFFERED
Singer and multi-instrumentalist James Zeller has performed with jazz legends including Wynton Marsalis, Jimmy Heath, and The Village Vanguard Jazz Orchestra. Over the last decade, his trio has captivated hundreds of audiences, playing the best of 1920's-50's jazz, vintage country, Americana, and early rock and roll. From Satchmo to Sinatra to the Beatles and more, their world-class interpretations of loved classics make them a favorite at parties, weddings, and events.

Founded in New York City, The James Zeller Trio has played famed venues including The Rainbow Room, The Waldorf Astoria, and Lincoln Center. Since Zeller's move to California in 2017, his trio continues to delight audiences up and down the coast, including events at San Francisco's Julia Morgan Ballroom, The Presidio Social Club, and the historic Villa Montalvo.

While James main working unit is the trio, he also leads ensembles of any configuration, ranging from solo performances of vocal and guitar/piano to a full band. Whatever the size or setting, from New York to California, James Zeller is known for his professionalism, his charming vocals, and his spirited, heartwarming music. If you're looking for live entertainment that will enchant any audience, look no further!

James Zeller, a Eugene, Oregon native, spent 17 years as a vocalist, trombonist, bandleader and professional musician in NYC. In the fall of 2017, weary of city life and wanting to be closer to his family and roots, James moved to Northern, CA and reformed his trio with west coast musicians.

All three are lifelong musicians, lovers of songs and the art of performing them. A Sacramento area native, Daniel received a degree in musical composition from Lewis and Clark College. After three years touring with folk group Max's Midnight Kitchen performing original and traditional material, Daniel became the music director at an arts non-profit called The Sanctuary in Arcata, CA. It was there that he met James, and where they began their musical endeavors together.

The trio is a kind of stylistic chameleon, as comfortable playing a romantic set of American songbook Jazz for cocktails as they are playing early Rock n' roll, New Orleans party music and classic western swing to pack the dance floor. James musical roots grew from the music he was surrounded by growing up and spread from Billie Holiday to Willie Nelson to the Beatles. Their repertoire covers hit songs from Jazz icons like Frank Sinatra and Louis Armstrong to classic country covers of Hank Williams and Willie Nelson to New Orleans and cajun styles of Fats Domino, Chuck Berry and so much more.

Their music is the perfect addition to weddings, events of all kinds and any occasion with the word "party" in it. They are a highly professional group that is easy to work with, well dressed and punctual. Music is hand-picked for each event, and with a vast repertoire with something for everyone means satisfaction is guaranteed. Every event features songs people know and love, and the trio is happy to dress in black tie or for the particular style of the occasion.

I hired James Zeller and his band to play during the cocktail hour at my wedding and I have to say, I couldn't have been happier with them. This is a solid trio that will masterfully set the mood and make your experience memorable.

The James Zeller Trio was fantastic at our wedding. I couldn't ask for anything more. Professionalism, courtesy, accommodating, a truly classy 5 star trio.

The band was amazing, so talented! They played all the great hits! Everyone was raving about the music and I think they got one new gig from one of our guests! These guys are great and I would hire them again in a heartbeat. They are so flexible and easy to work with! 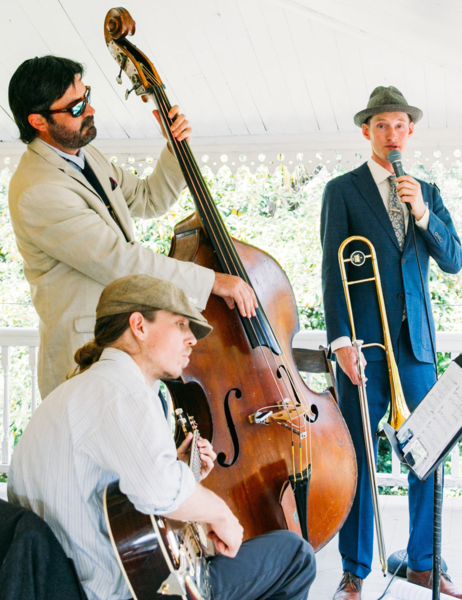 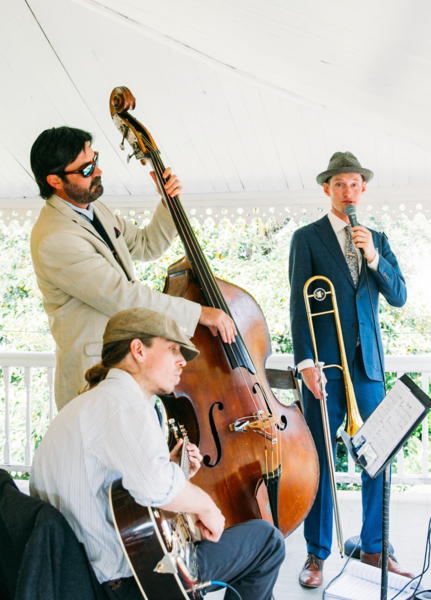 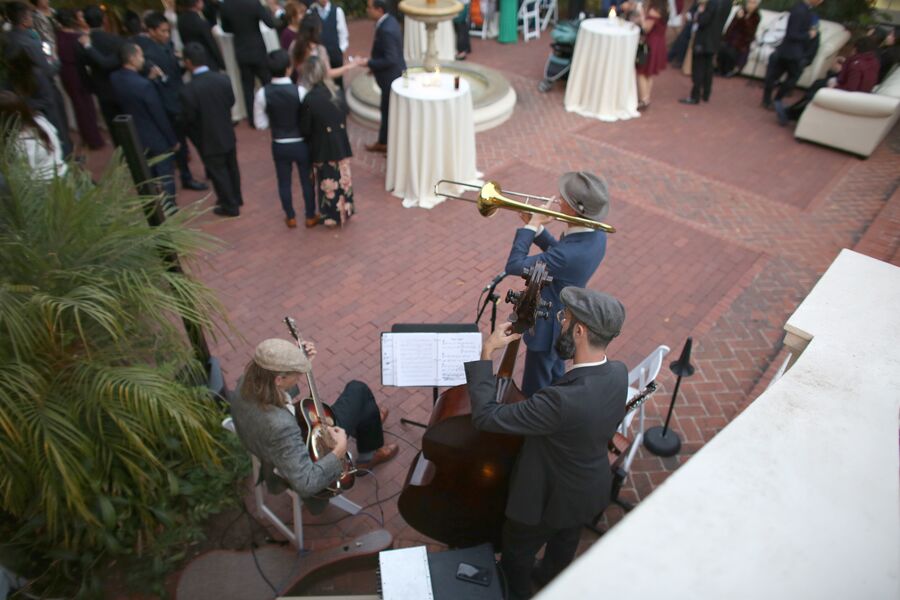 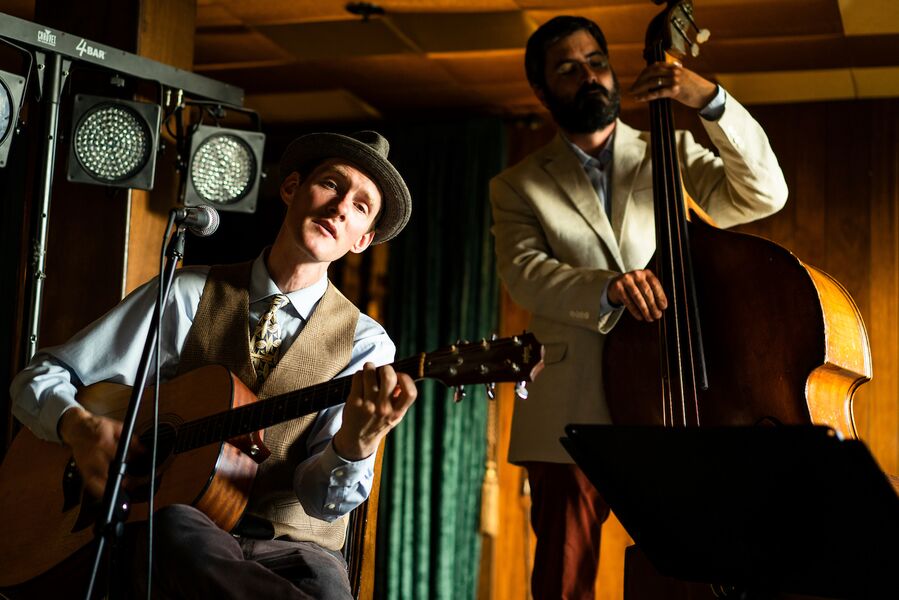 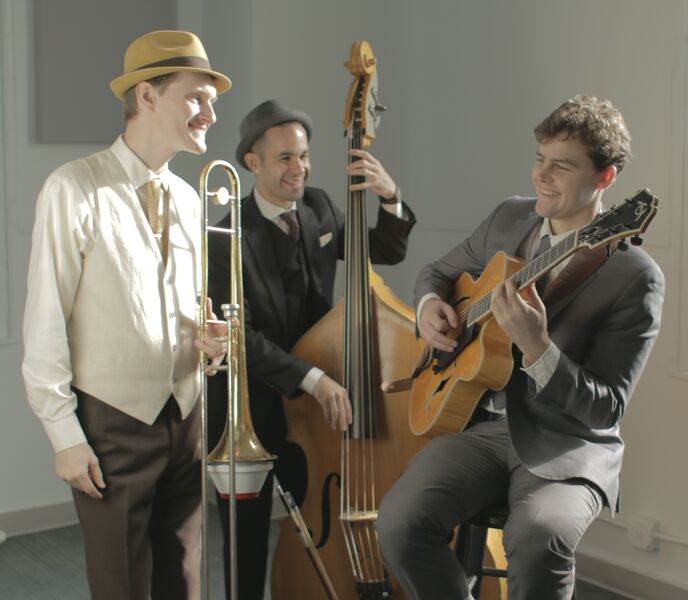 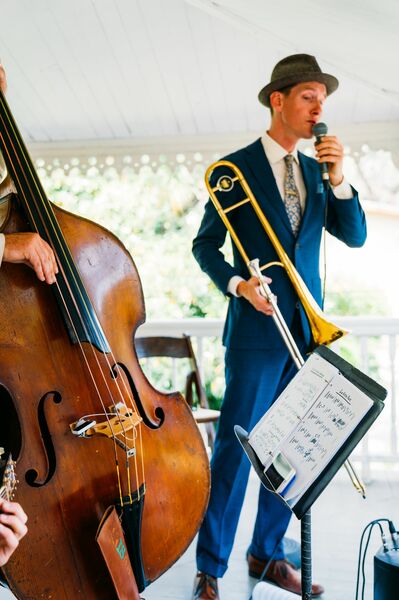 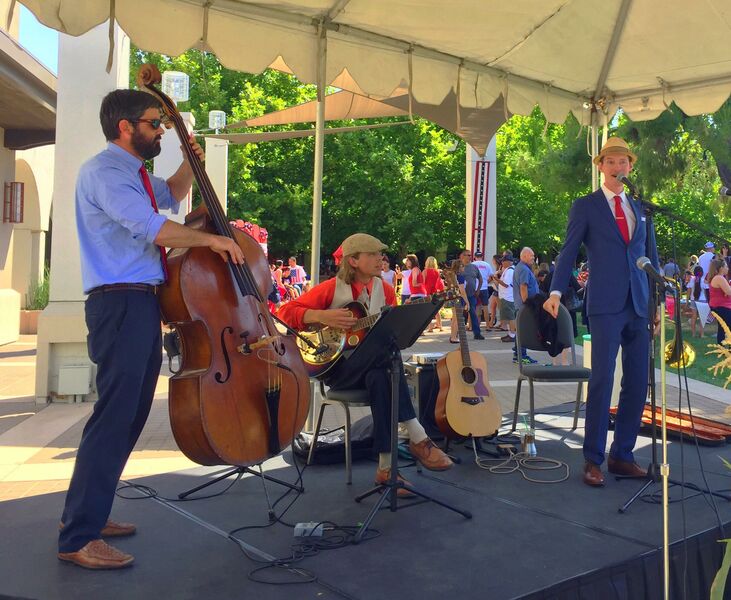 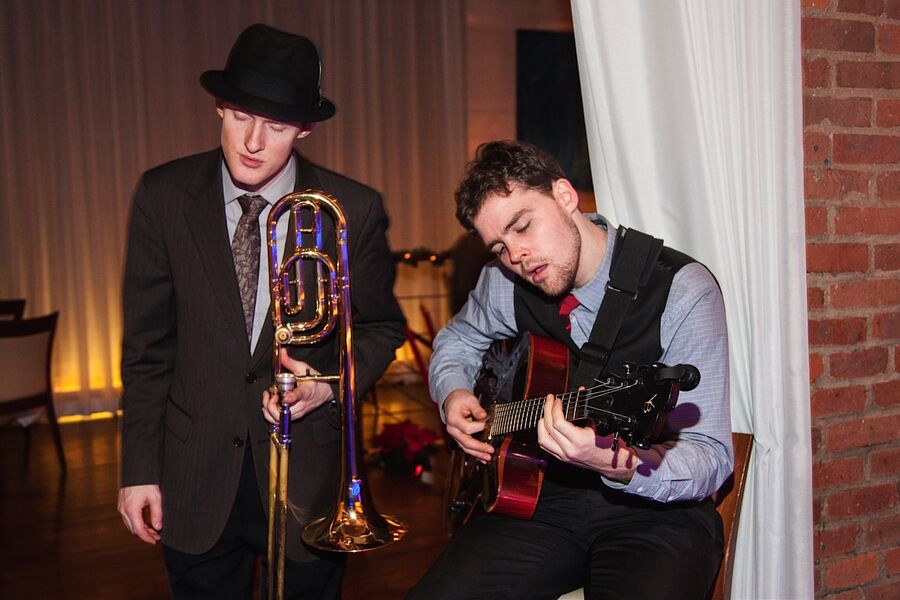 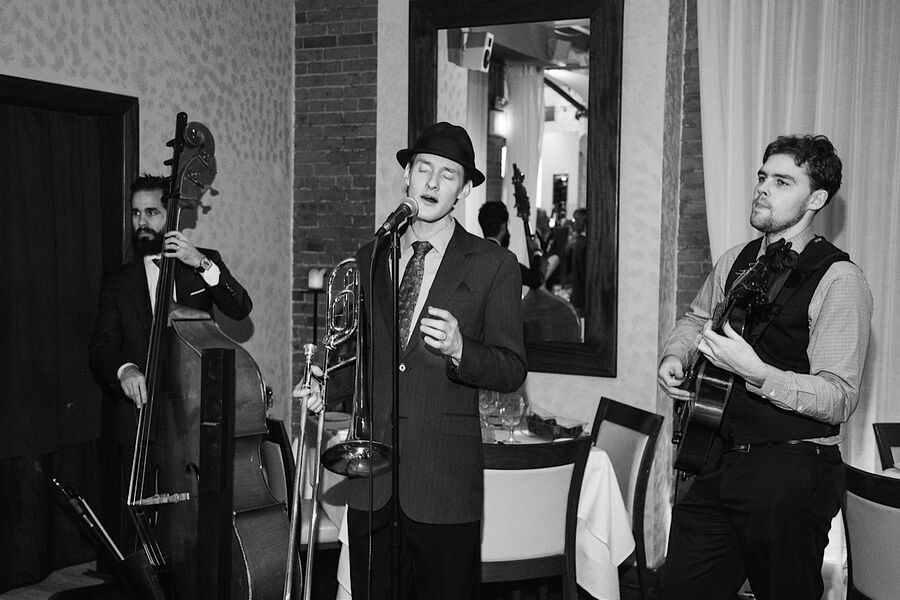 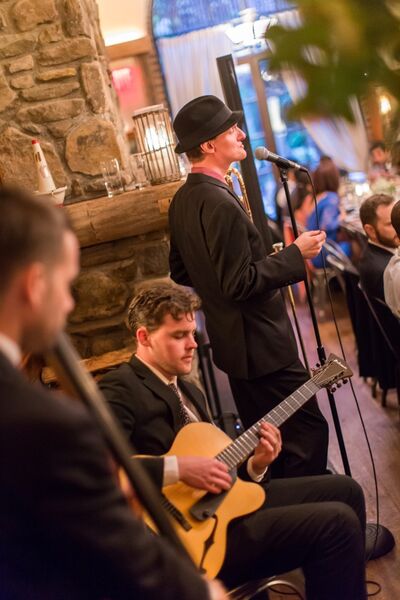 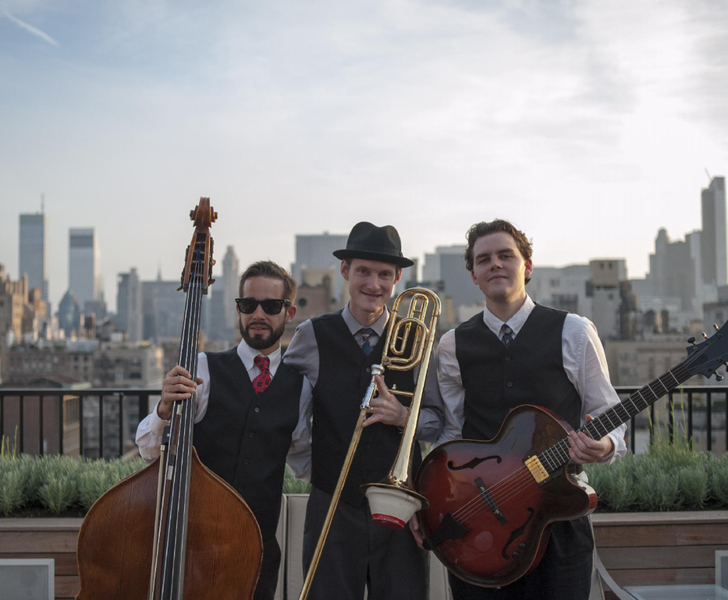 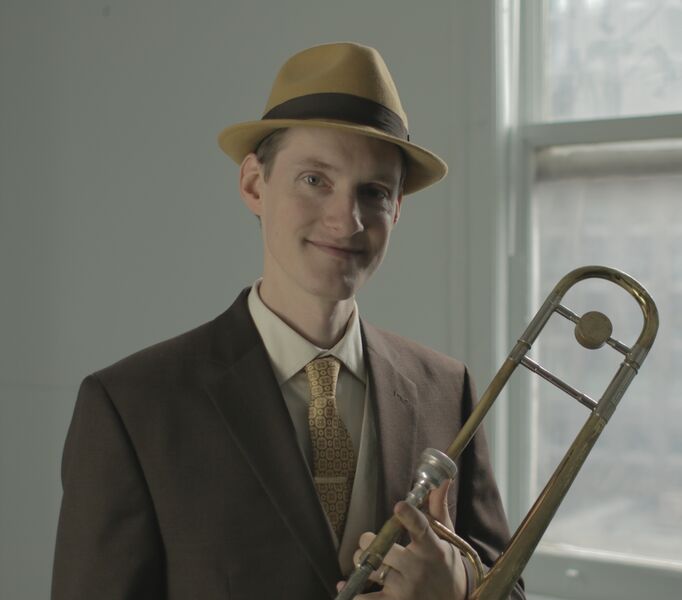 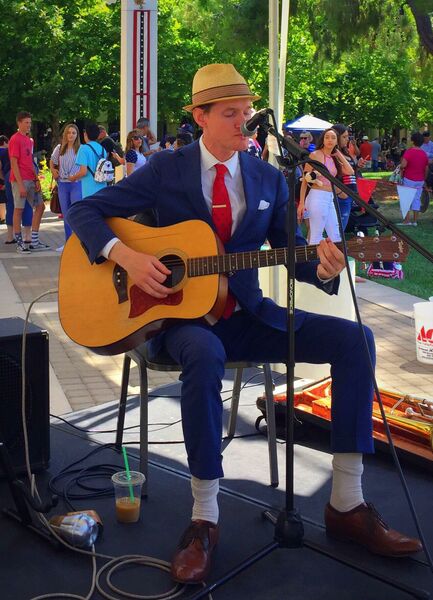 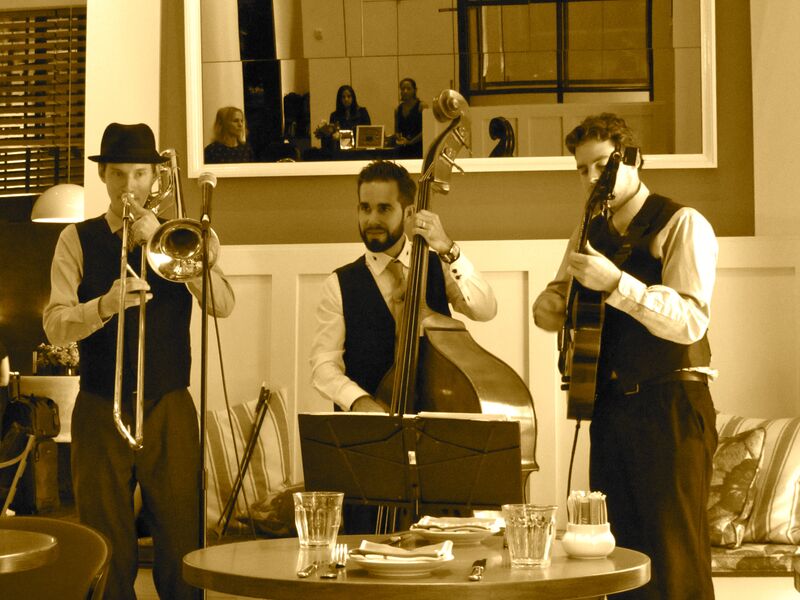 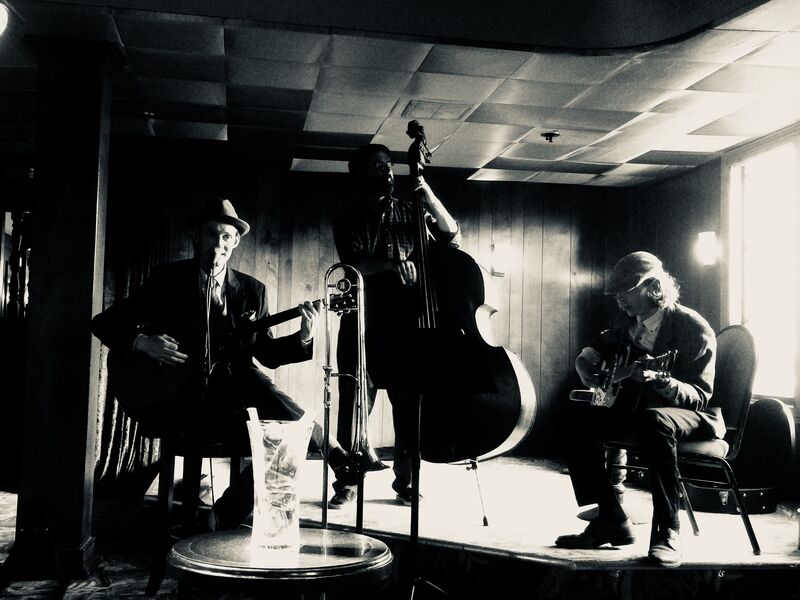