"I hired John for a Harry Potter themed event and knew he was the perfect choice the moment he responded to my request. His immediate enthusiasm was palpable, and he was many of my guests' favorite aspect of the party. Everyone was so impressed and entertained! He was an absolute natural." - Emma Lyons, Happy Fish Parties

As seen on NBC, ABC, WGN, and The Travel Channel

John Sturk is an award-winning comedy magician. He has honed his skills in restaurants and in street performances in Detroit, Chicago, and Las Vegas. In addition, to magic performance, his talents extend from his training in the legendary Chicago improv scene, having studied at the Second City Training Center, iO Training Center, and Comedysportz Chicago.

In 2015, John co-founded the Chicago Magic Lounge along with a handful of other Chicago magicians. The club is now one of the hottest magic attractions in the world, with media coverage spanning the globe. John is featured nightly as a magician, emcee, and musician - a triple threat!

John's versatility enables him to perform for any size group, from one-on-one to an 800-seat theatre. His humor works for audiences of all ages, and shows can be tailored for specific audiences. No matter the size or demographics, your audience will be charmed by a man who was described as "Born to Perform" by InsideMagic.com.

Outside of performing, John gives back through teaching and his involvement in the Society of American Magicians. After several years served as Chicago chapter president, John was elected in 2018 to serve as Regional Vice-President for nine states in the Midwest. He also maintains memberships in good standing with the Academy of Magical Arts (Magic Castle) in Los Angeles and The Magic Circle in London, UK.

If you want to create an unforgettable event for your guests, the magic and charm of John Sturk is the only ingredient you need. Contact today!

Member, International Brotherhood of Magicians, and Past President of I.B.M. Ring #54 of Lansing, Michigan.

John was awesome! He was very responsive when it came to booking and scheduling for our event. We were having a company party for about 700 people and told him that he can do whatever he felt was best for the event and he ran with it! He spent the event strolling the room and approaching groups of people to show them some magic and everyone loved his tricks! Definitely a hit at the party and loved how easy John was to work with!

John showed up exactly on time; ready to commence his magic. He was courteous, helpful, professional; took the time to check and use folks' names during his stroll (ok-we were wearing name-tags). He was sharp with the magic, funny with his jokes, and put up with some sharp-tongued guests; never broke his professionalism and his demeanor; and wowed the entire gathering. 20 minutes before his booked time was up, John jumped on my piano and played some tunes w/ my brother; then he commenced to do a mini-show at a mic we had set up, finishing his act with a flourish-the famous "rings" sequence of tricks. I had several inquiries as to how to hire him. This guy rocks!!!

I found John to be very pleasant with a high level of enthusiasm. I did not, however, get comments from any of my guests about John. This suggests to me that perhaps he didn't touch many guests or that if he did the impression was not longlasting. I am thinking more towards the former. 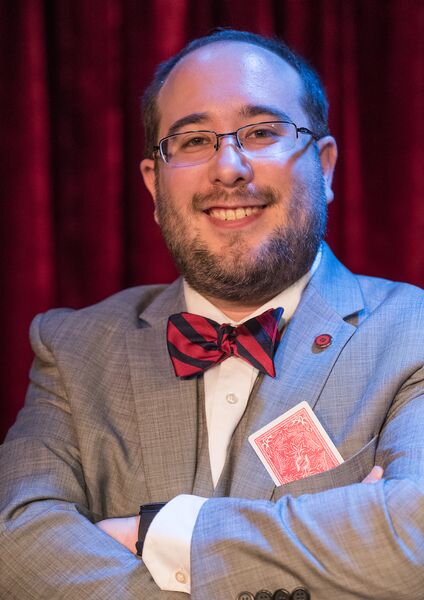 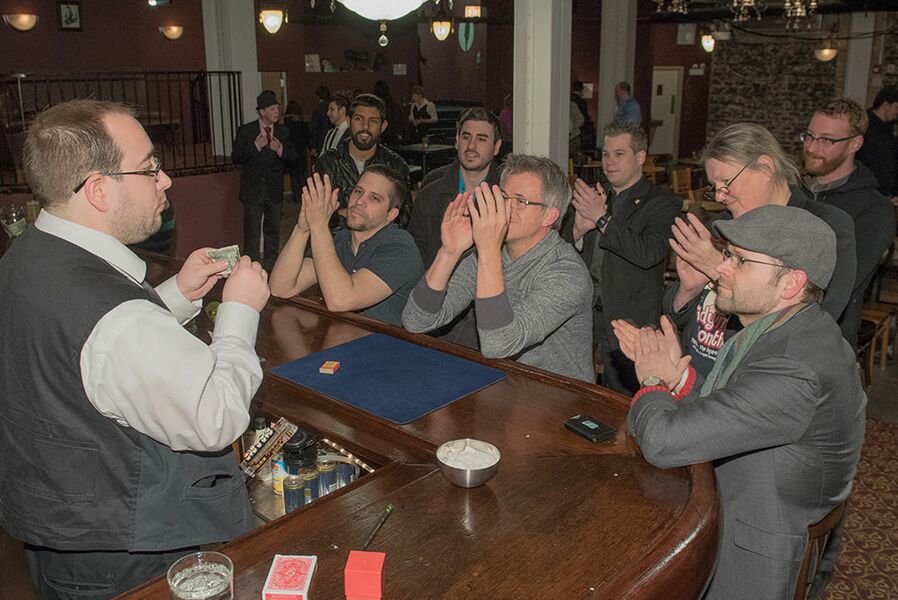 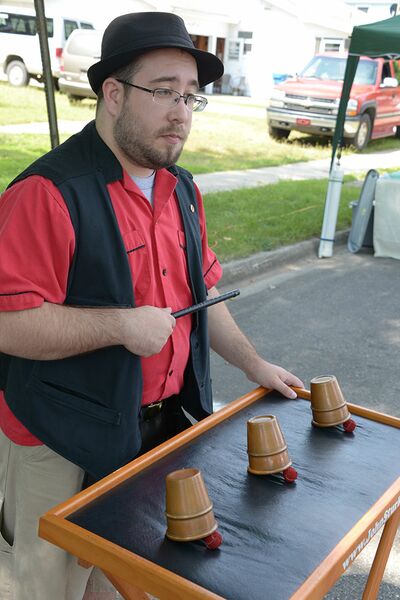 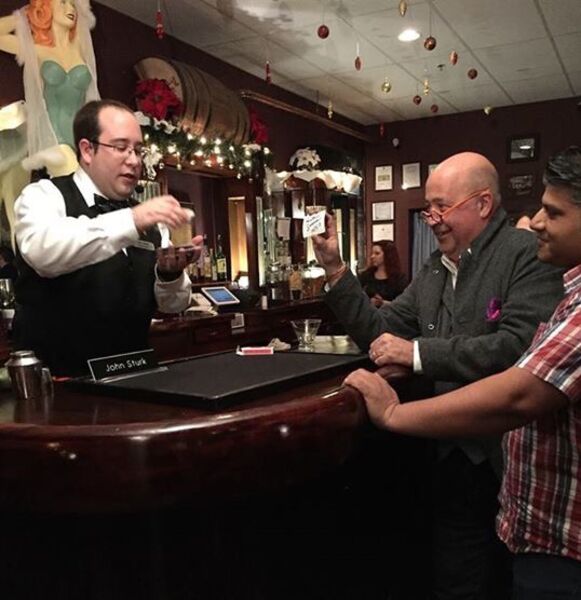 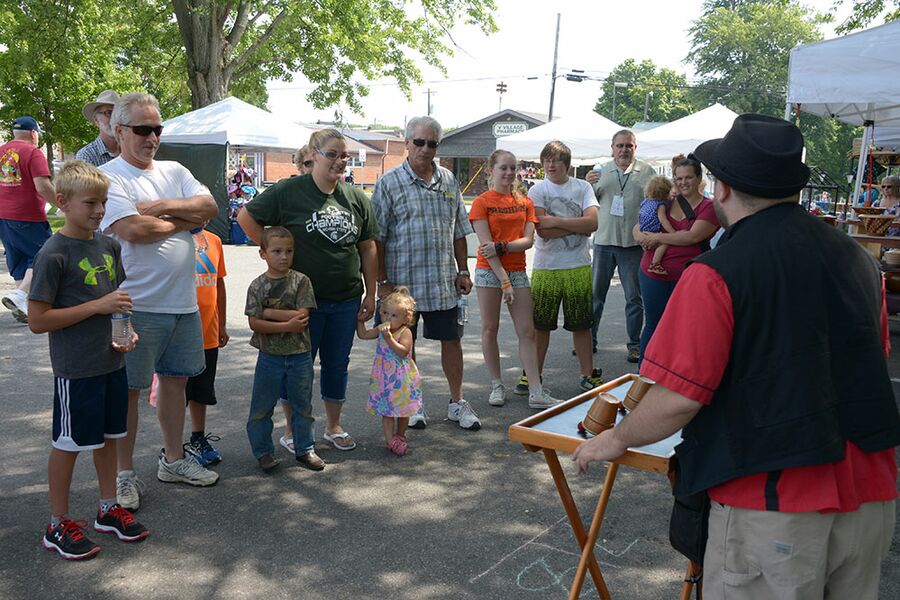 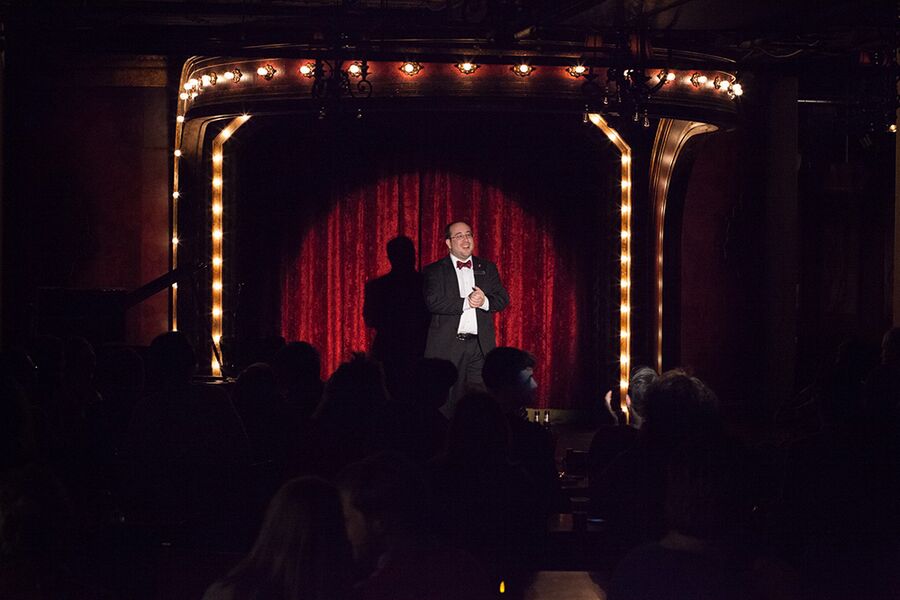 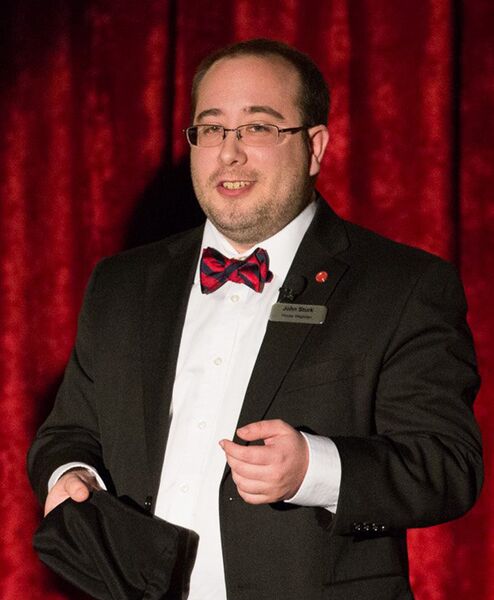