Elliott Hunter | The Magic of Elliott

Magician from San Luis Obispo, CA - Will travel up to 500 miles
1
1 VERIFIED BOOKING
MEMBER SINCE 2019
$400 - $3000 per event
Create a premium quality experience for your guests... No guess work, No stress, just results.

Need to impress an international client? By request, Elliott can provide an action packed show full of visual magic that TRANSCENDS ANY LANGUAGE BARRIER! The perfect way to connect with any audience on a deeper level.

Elliott creates customized shows ranging from intimate close-up/strolling magic, to grand scale theater productions. His shows are completely turn-key and self-contained, taking nearly all of the stress off of you as the event producer. Rest easy knowing that you're working with an experienced professional and his behind the scenes team.

"That was amazing! Keep it up Elliott!"
- Harrison Ford, American Actor

BIO:
Elliott Hunter is an international award-winning magician, entertainer, and sleight of hand artist based in the Central Coast of California. Growing up in the small island community of Anacortes, Washington, Elliott had been surrounded with theatrical influences from day one. When Elliott was seven years old, he saw his first magic show at the local library...a show that would change his life. He immediately began reading all of the magic books he could get his hands on in order to learn the craft. As his inspiration grew and progressed, he sought professional mentorship and training. Over the years, Elliott has been able to combine his skills in other aspects of entertainment, such as drama, comedy, dance, theater, sleight of hand, and grand illusion to create a truly multifaceted show that appeals to all audiences young and old alike.

By the time he was fifteen, Elliott had opened for shows on the Las Vegas strip, performed for numerous corporate and theater functions, and used his talent to raise thousands of dollars for non-profit organizations. In his early twenties, he became a regular performer at the world-famous Magic Castle in Hollywood, California, and began traveling the nation with his stage show, performing for colleges, conventions, corporate functions, and theaters. His unique approach to magic through storytelling has gained the attention of his peers and helped him collect numerous international awards for performance excellence.

Elliott aims to connect with his audiences through sharing personal and socially relevant stories. This philosophy transforms magic from an art of deception into an art of authenticity. By connecting magic to his own personal reality, Elliott creates an experience that is impactful, genuine, and veritable. Elliott's material diverges from the concept of a superficial puzzle or “trick” and works with the audience to create long-lasting memories...fostering a much more enjoyable entertainment experience. Magic is also utilized as a motivational tactic to remind his audiences that even the seemingly impossible can be made possible, and anything we think to be real and immovable can fall away at any moment.

By combining these different disciplines, Elliott's show elicits a myriad of emotions from the audience creating a memorable experience full of laughter, inspiration, and pure astonishment.

"Elliott has Amazing energy and enthusiasm! He produced an incredible show for us! "
- Chris Fuld
Project Manager, Boeing

"I hired Elliott to perform in a show I put on in Sandpoint, ID and was blown away! He's a truly gifted entertainer with a passion for the art! I highly recommend him!"
- Dave Womach
Founder, BirdTricks

"Elliott is Brilliant in the art of magic and an amazing performer!"
- Jeff McBride
Las Vegas Headliner

Absolutely Amazing, what a performer! Elliott Hunter was easy to work with, many attendees thanked me for hiring such a professional entertainer. We will definitely be hiring him again in the future! 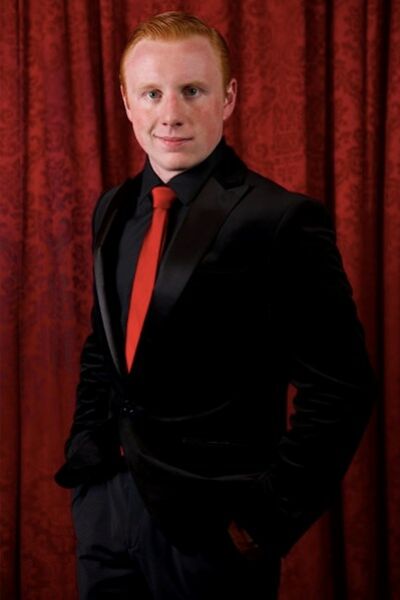 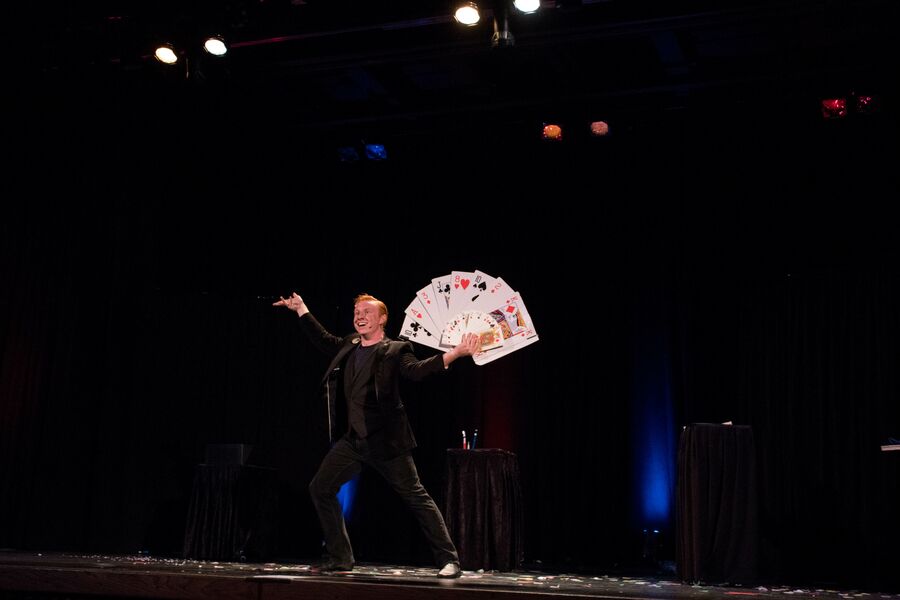 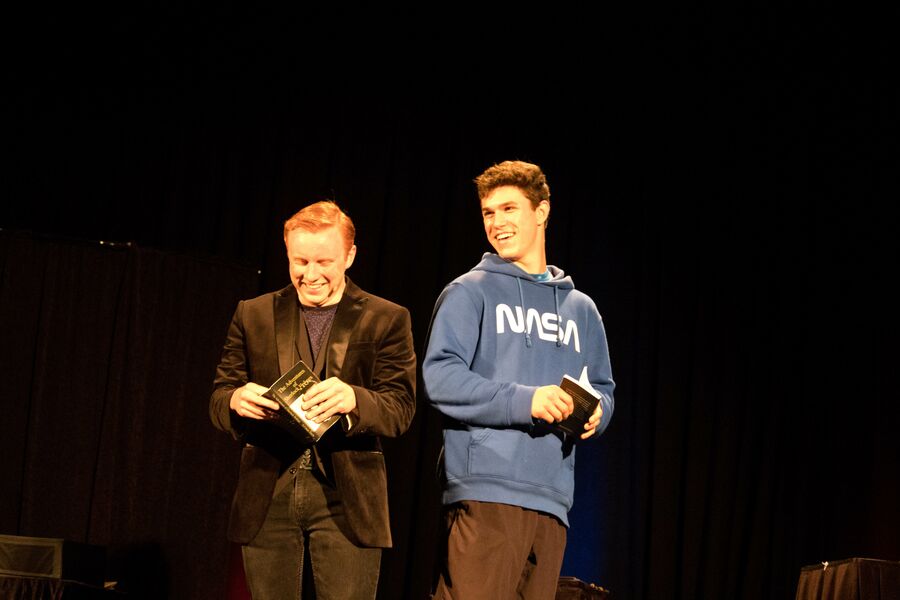 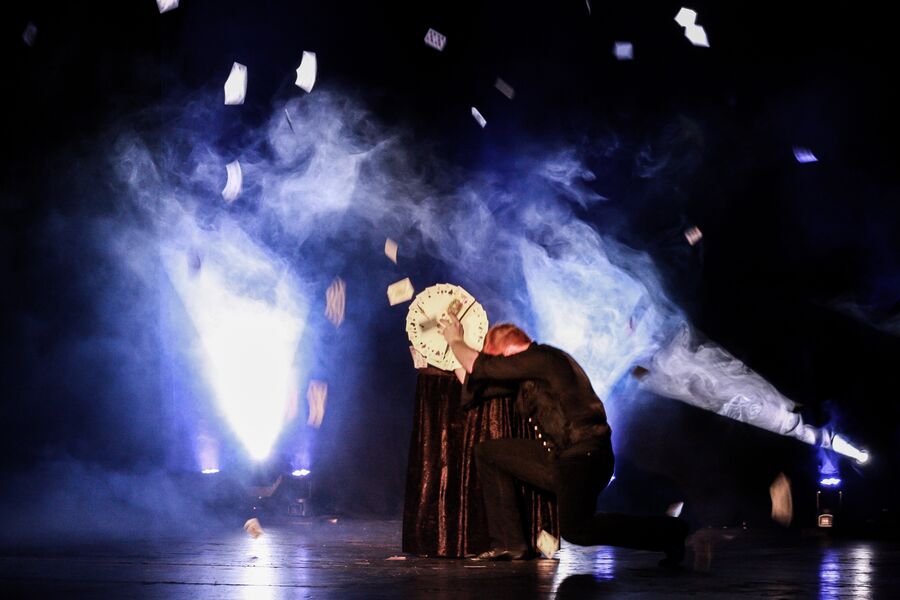 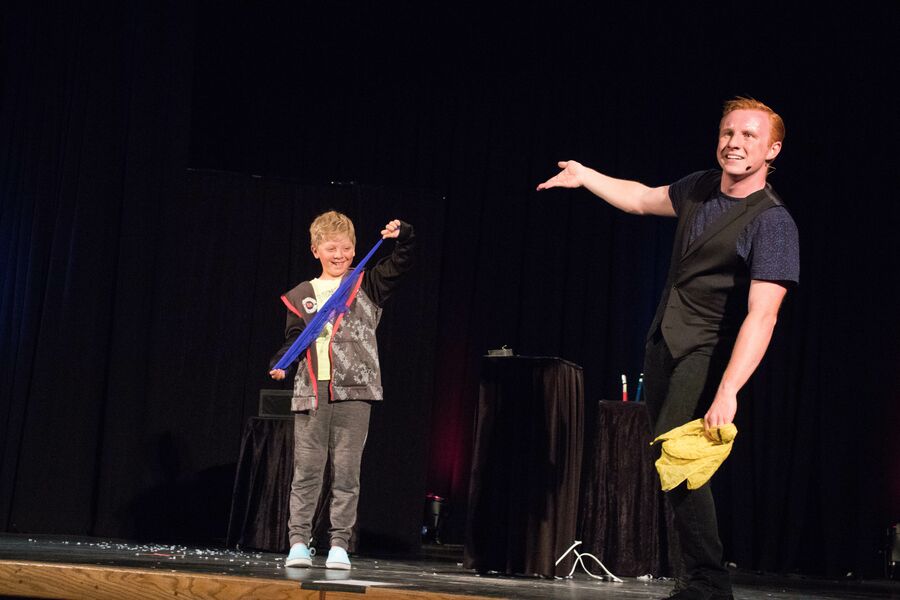 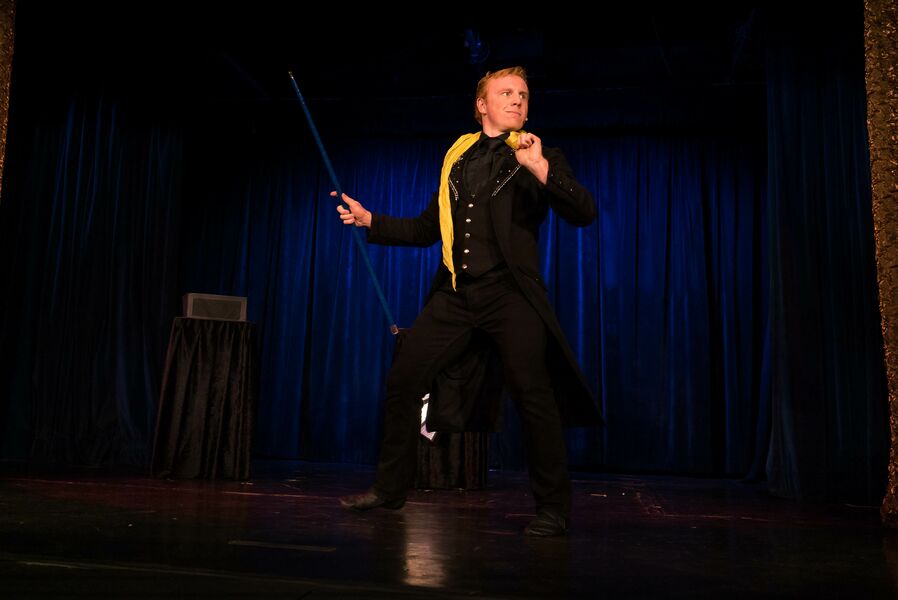 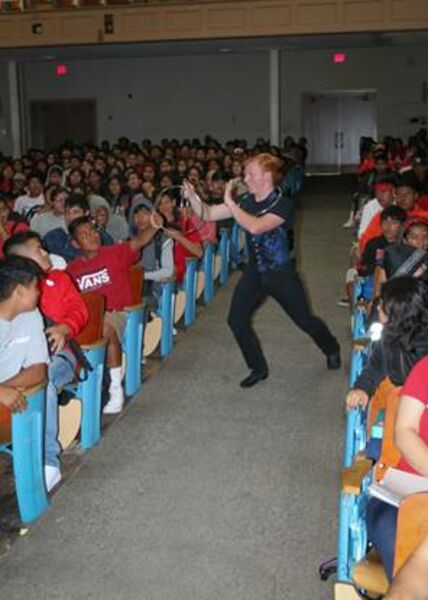 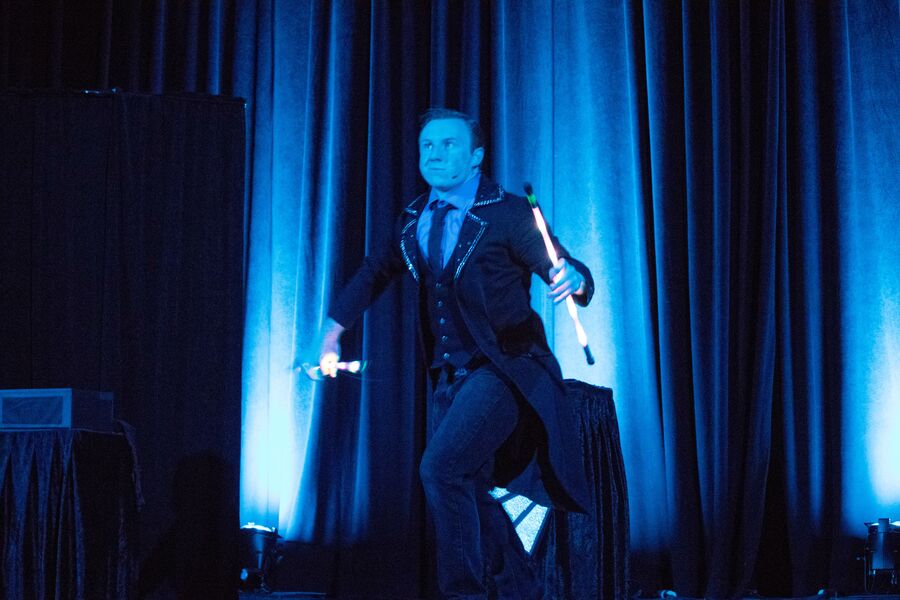 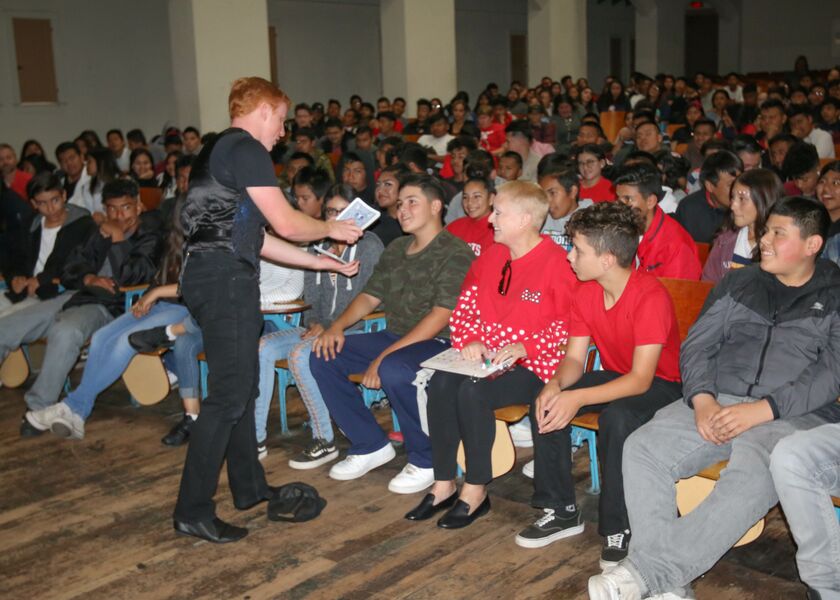 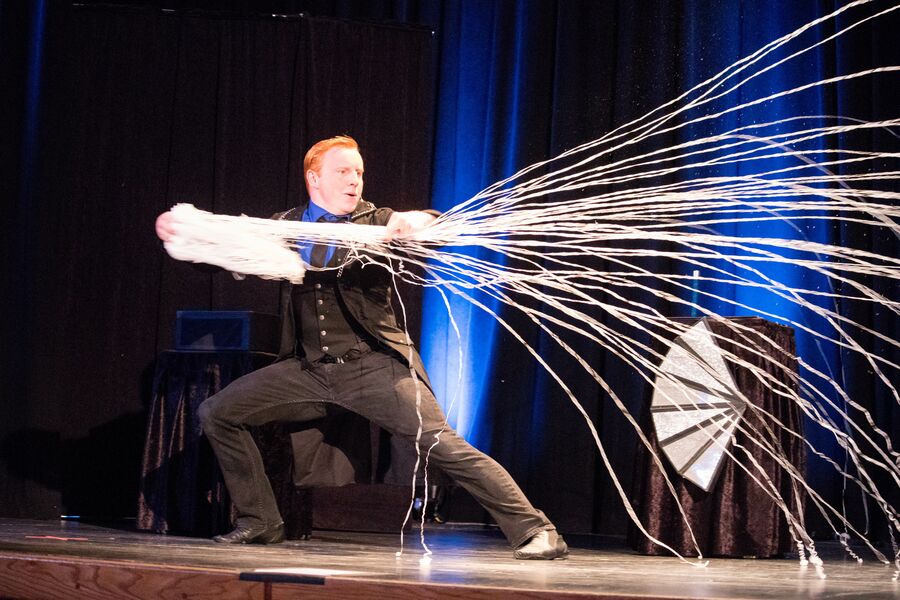 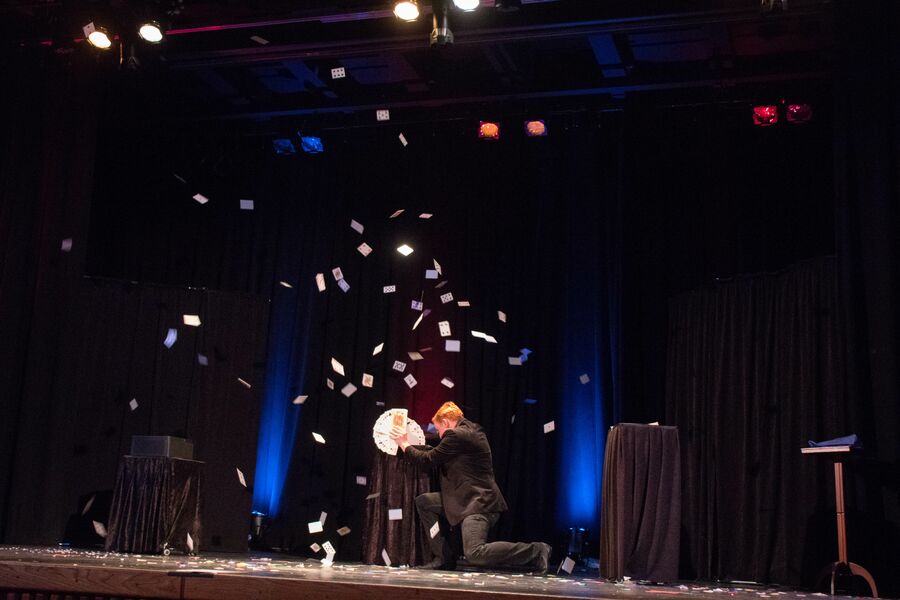 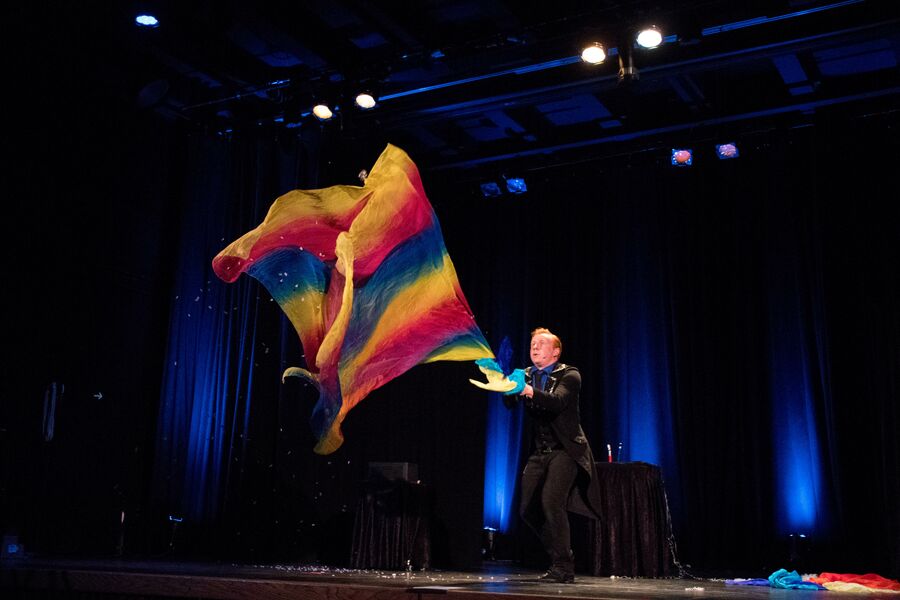 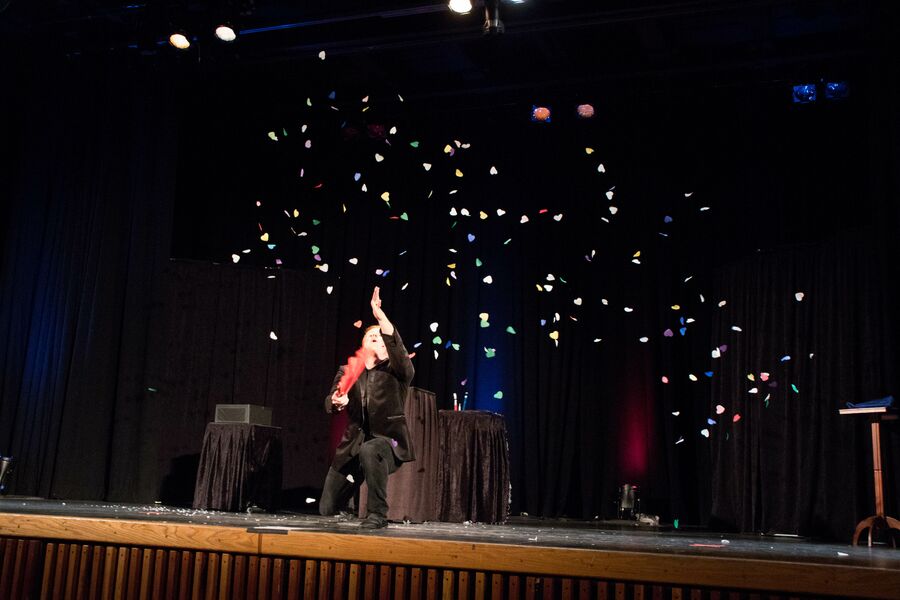 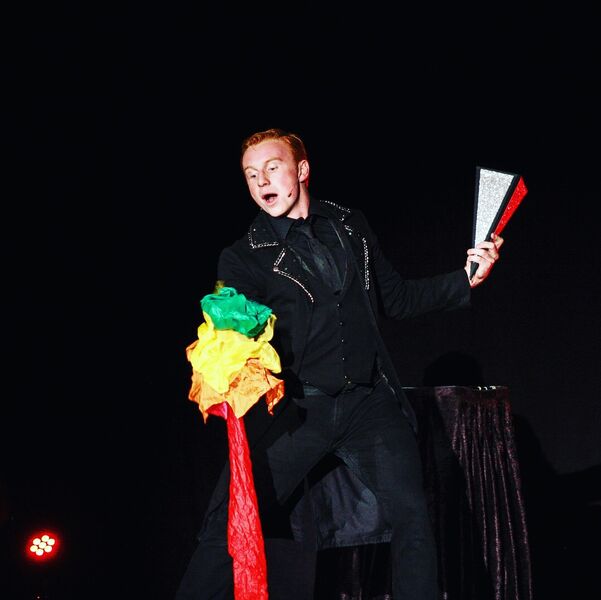 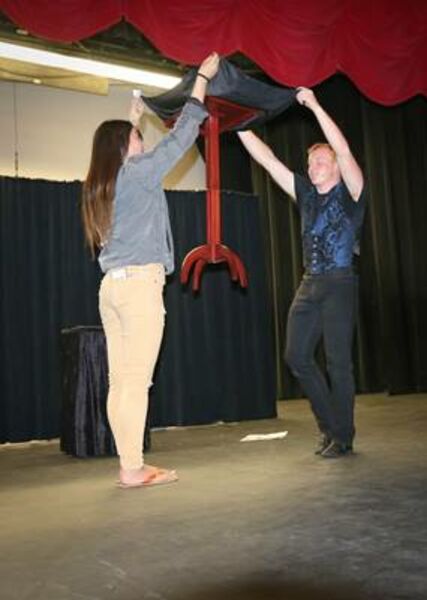