"Merritt Ambrose is one the the very few, and rare Magicians who can be called both an "Artist" & "Entertainer" . His technical skills are A quote from Paul Kozak

World Class in execution and his performance skills have been honed after many years of International Performances.
Merritt is brilliant at creating a "Memorable Performance" for any and all situations.
I not only highly recommend Merritt, but I Personally Guarantee that you will be Amazed and Entertained by a World Class Magician !"


The Award Winning Magic of Merritt Ambrose's Close Up Magic is a great way to enhance your next important corporate/private party or restaurant. He performs close-up illusions that no one else in Atlanta does.
Because his style of entertainment is performed at such close quarters, Merritt is able to move freely amongst your guests to add amazement and amusement to a drinks reception/cocktail lounge as well as entertaining at tables during/after dinner. His amazing sleight of hand and entertaining style of delivery will be remembered by your guests for a long time to come.

It is appropriate for private parties, receptions, hospitality suites, and other events in which people congregate in small groups.

The parlour show retains the intimate feel of close-up magic but is instead performed in a private room with the audience seated around
Merritt's custom-built table. This VIP atmosphere makes it ideal as a treat for special guests, important clients or exceptional staff members.

Your guests get a front row seat to see the incredible intimate illusions. Merritt's parlour show best suits audiences of less than 30 people.

Merritt's walk-around magic is especially astonishing, because the magic's happening live, not on television. It happens right before his audience's eyes, within arm's reach, and often, right in their own hands. People laugh in amazement. And they gasp as their concept of the universe is momentarily shattered. Merritt's walk-around show best suits audiences up to 300 people... weddings, receptions, conventions, restaurants, cocktail lounges, ect.

And after Merritt leaves, they often remember their extraordinary encounter with him--often only five to ten minutes--for the rest of their lives.

Merritt builds his close-up illusions himself... there is no one else that can perform his acts!!!

A Quote from Matthew Wright

" Merritt Ambrose is a true conessuer of modern magic. His attention to detail is second to none and a sign of a real professional but that counts for nothing if you can't deliver the goods. Merritt delivers every time."

Merritt was great! He arrived an hour early, set up independently, was easy to work with, highly entertaining and eager to create a great experience at our cocktail reception! Our audience was a well-traveled, sophisticated large group who had seen many close-up magicians. Merritt got lots of compliments for his originality, skill, and charm. Hope to find another venue for his extraordinary talents.

The show was amazing. Everyone at the party was very happy with tricks shown. My favorite part would be the stand up routine. I would highly recommend having Merritt provide his magic show your event.

Merritt did an excellent job, I will definitely hire him for other events. Our CEO, VP's, Directors and staff were very impressed. They tired very hard to figure out his magic but was unsuccessful. Lol 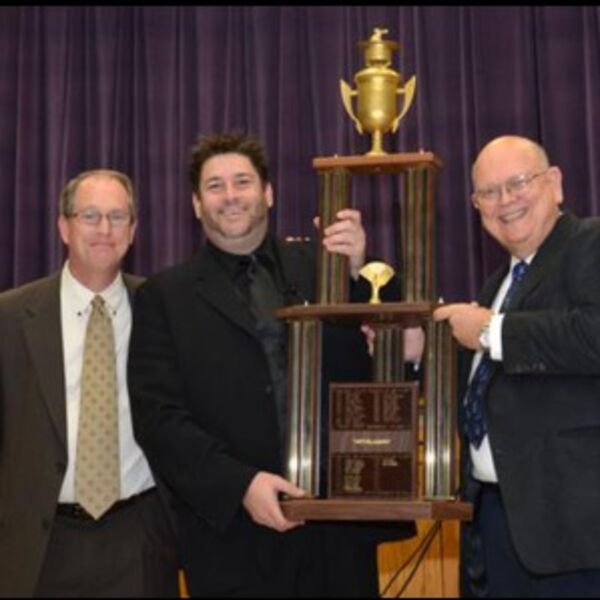 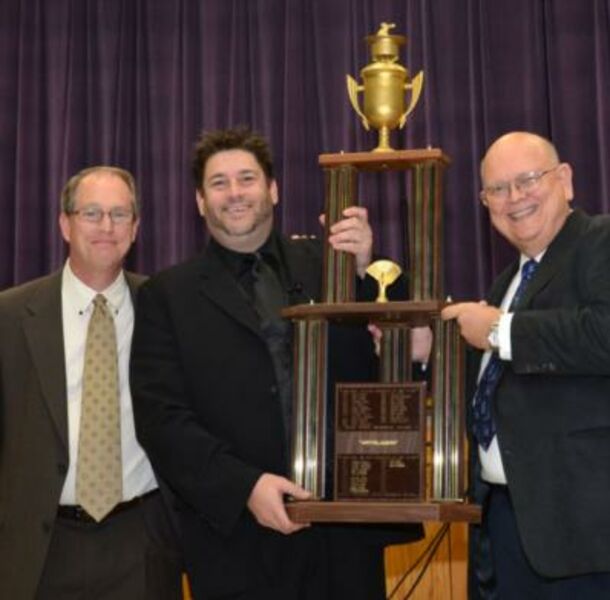 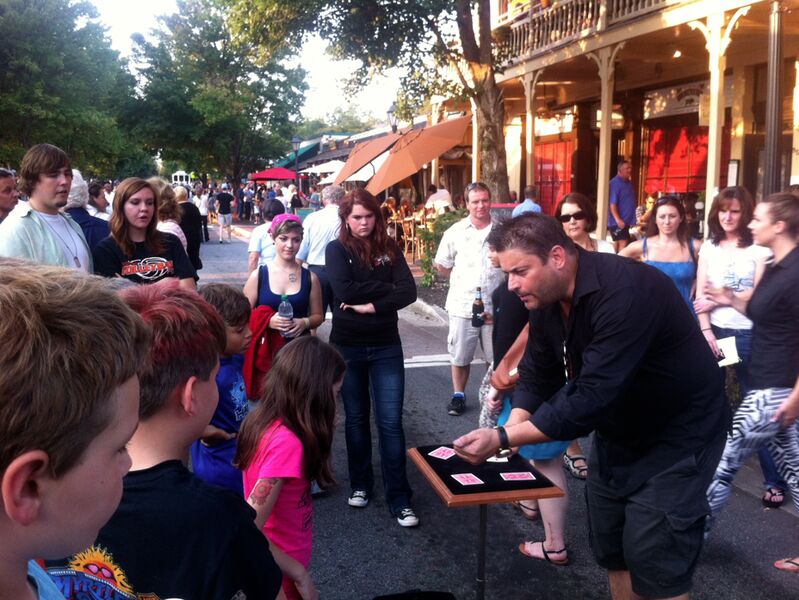 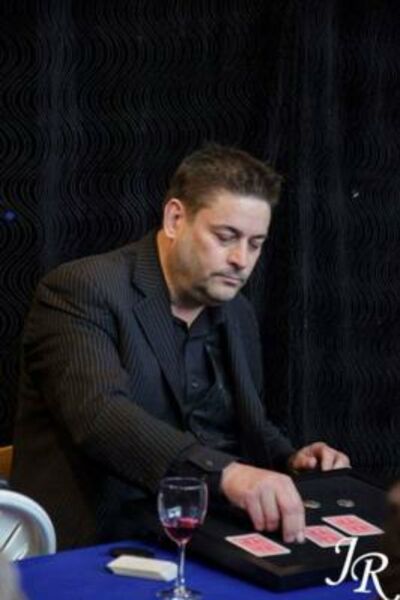 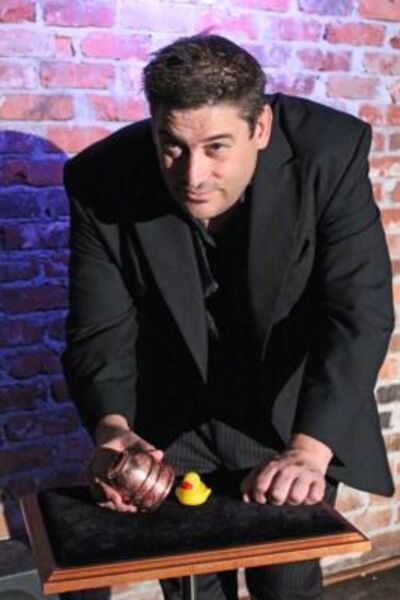 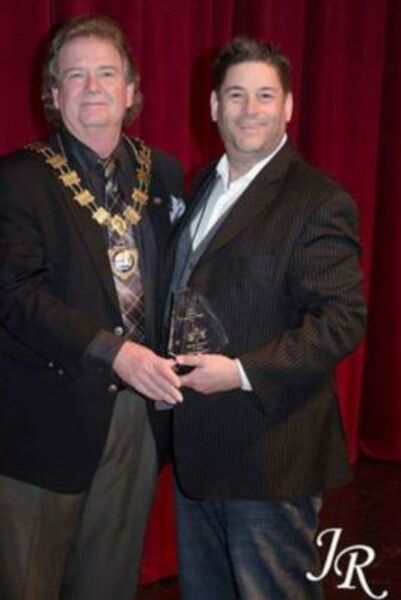 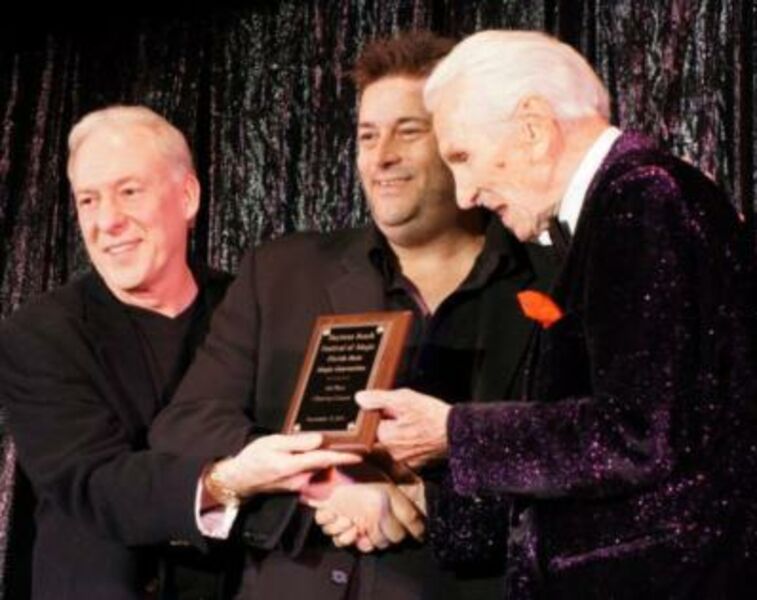 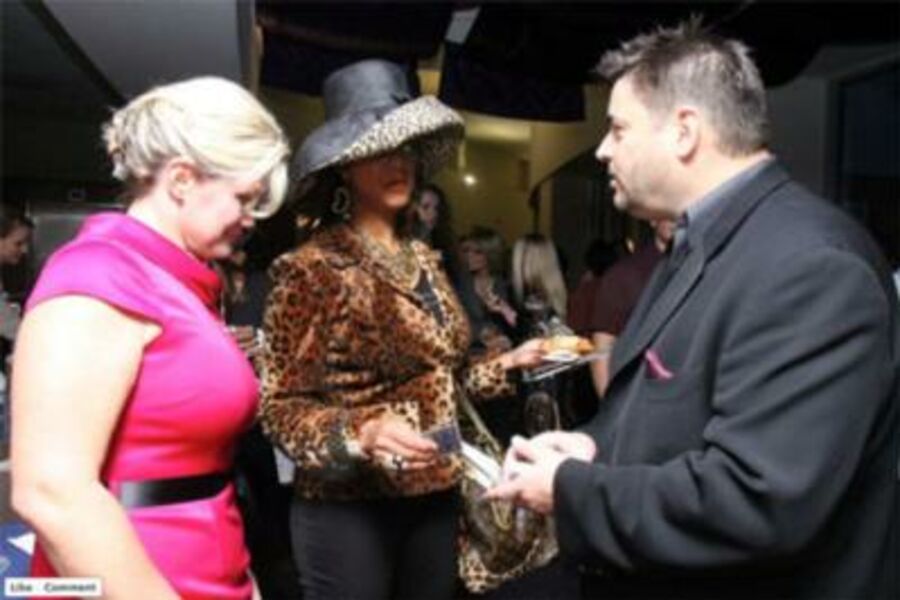 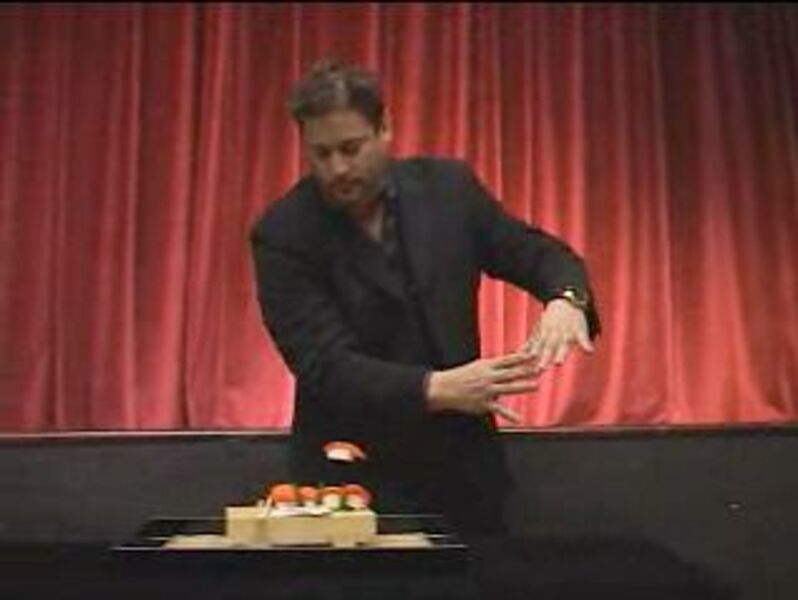 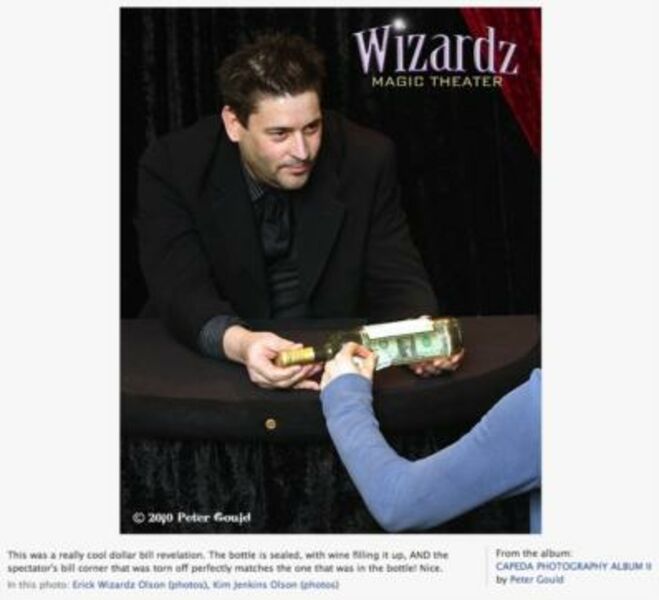 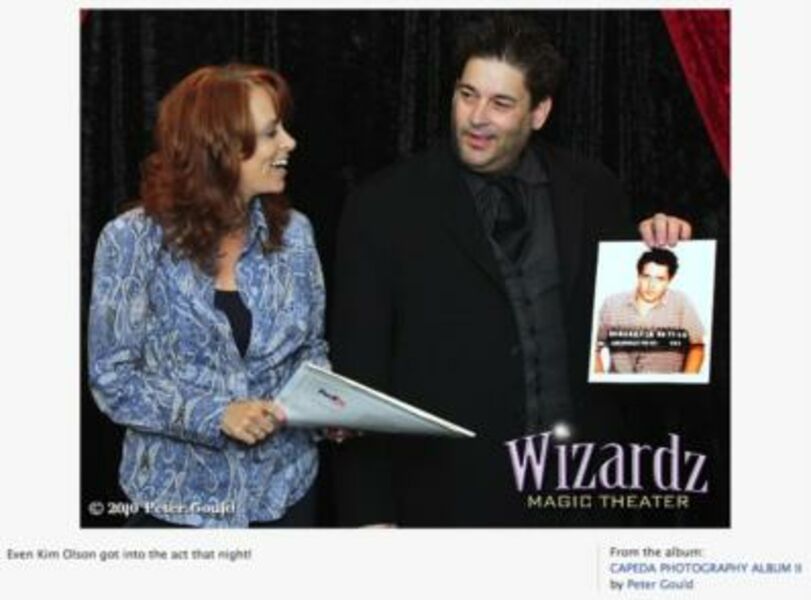 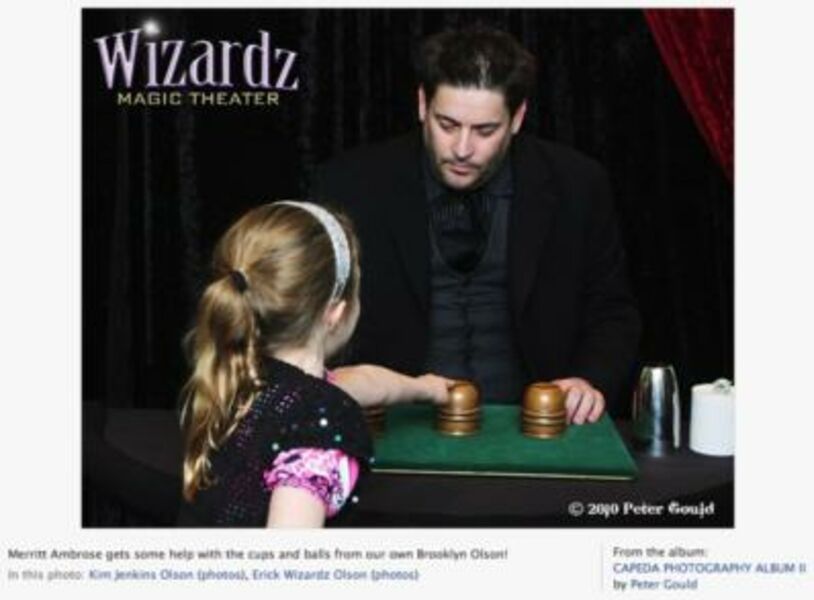 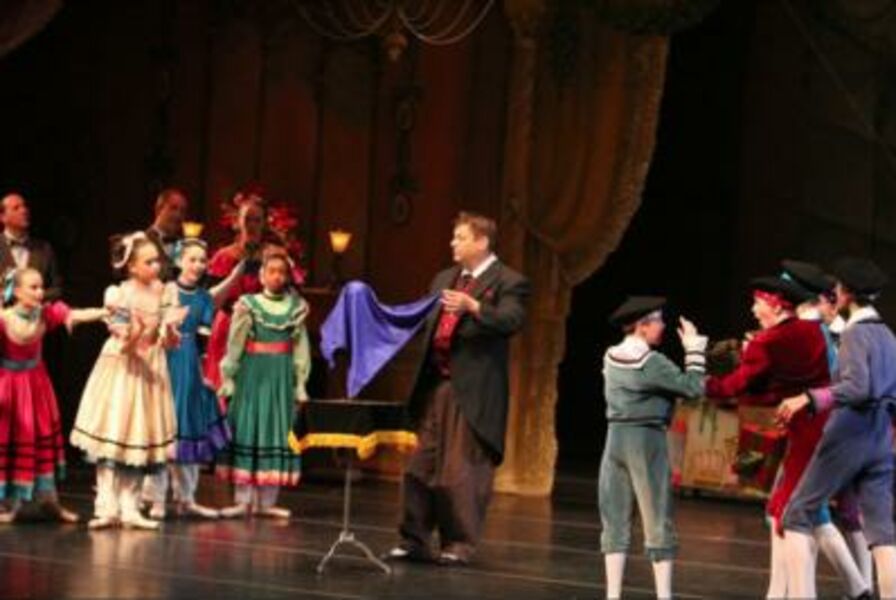 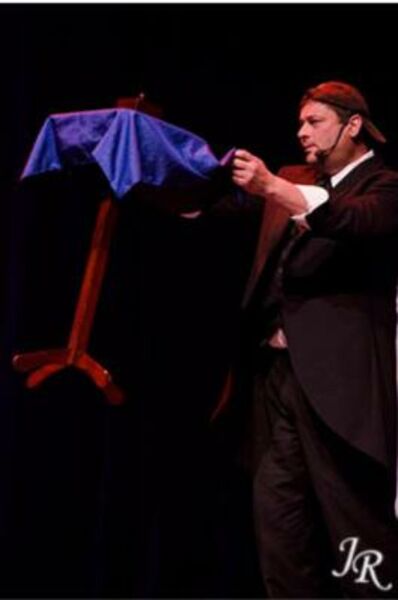 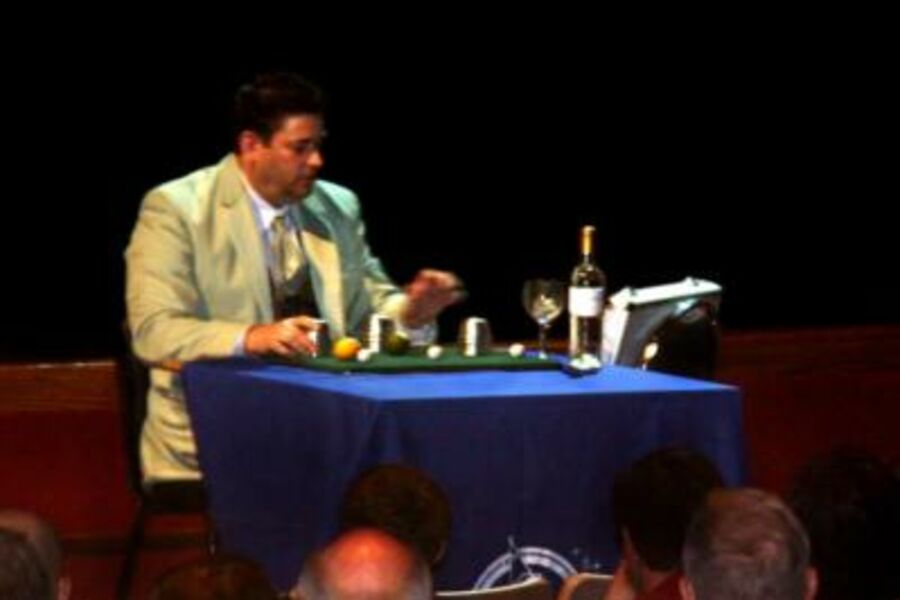 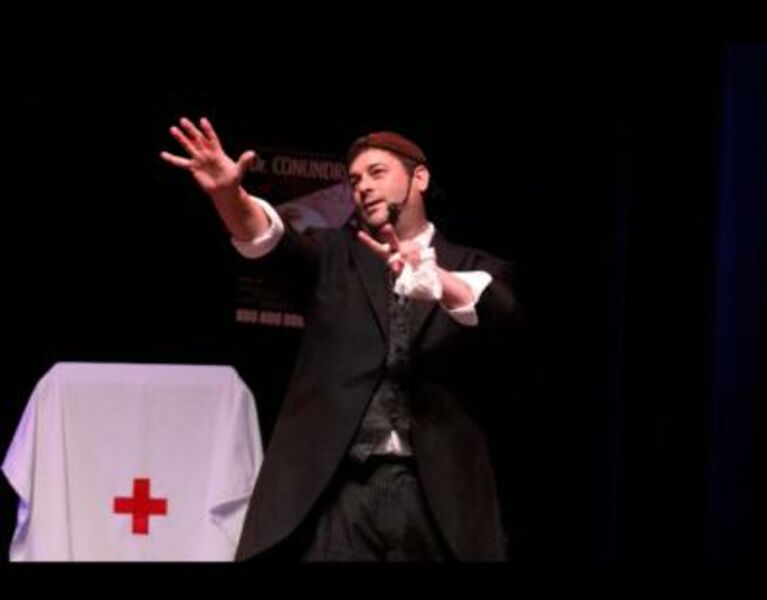 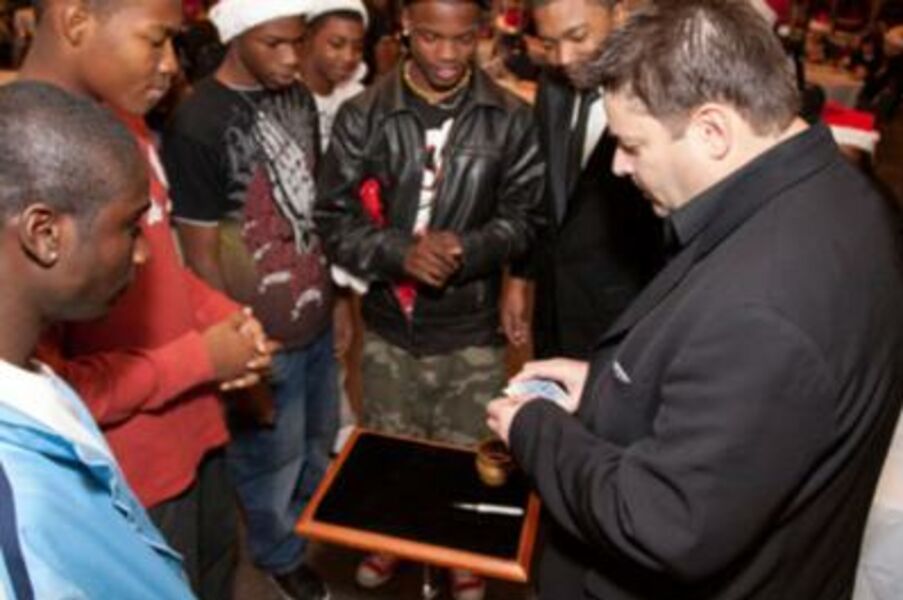 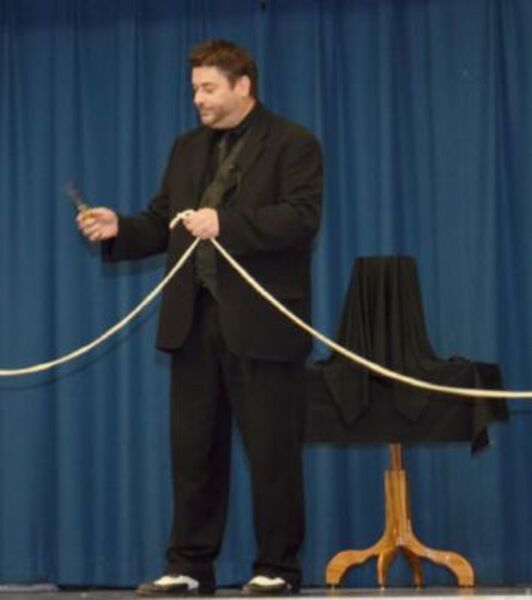 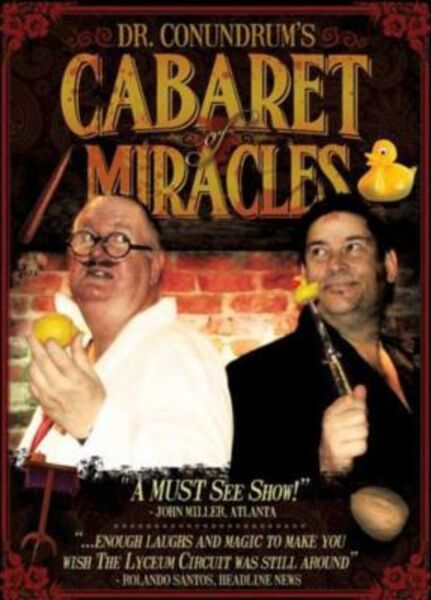 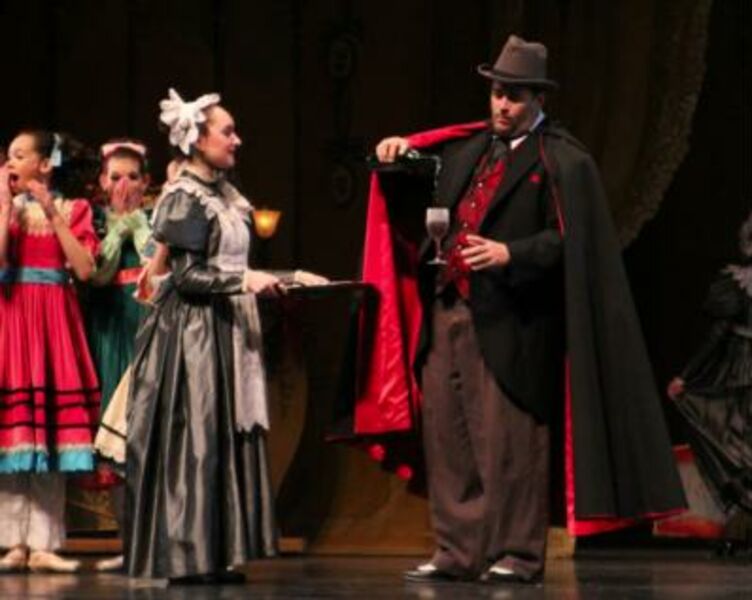 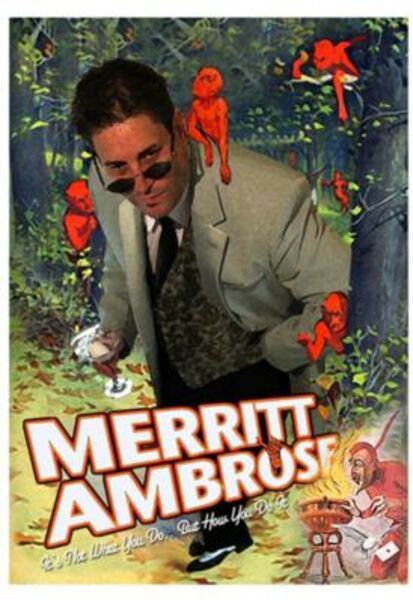 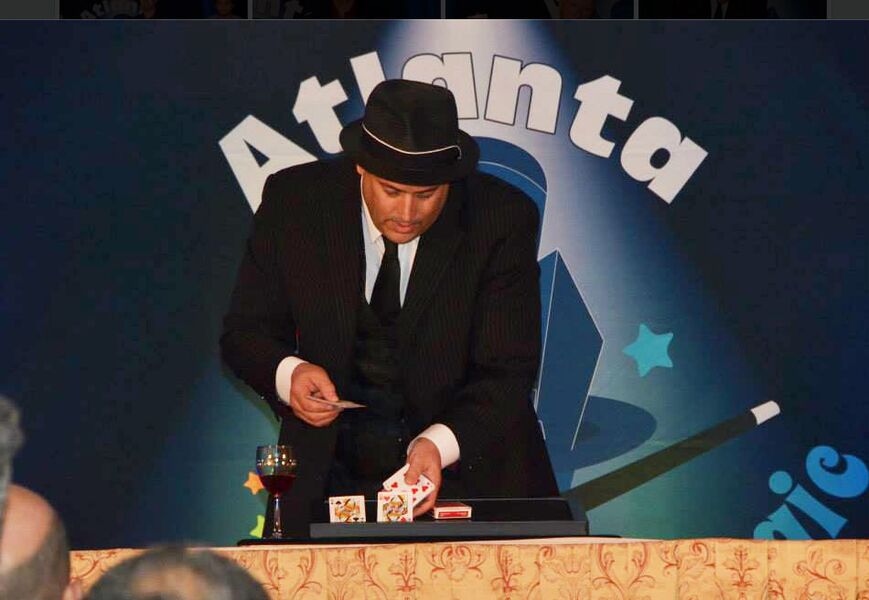 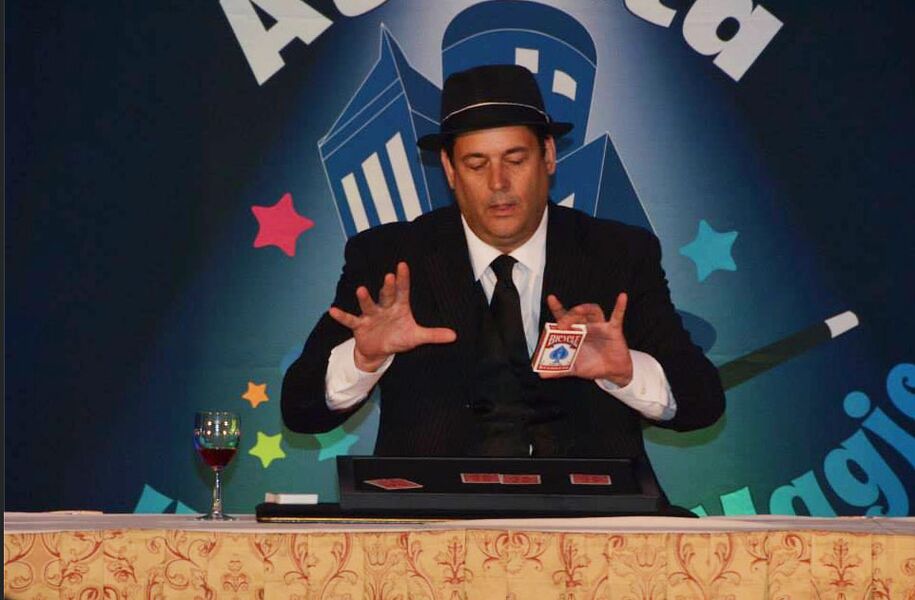