Mentalist from San Francisco, CA - Will travel up to 100 miles
17
27 VERIFIED BOOKINGS
MEMBER SINCE 2014
ACCEPTS ONLINE PAYMENTS
$200 - $2500 per event
ACCEPTS ONLINE PAYMENTS
Magic is typically done by magicians with cards, coins, rubber bands and other ordinary objects; If you just want to amuse your guests, it would be best to hire a magician that specializes in sleight of hand card tricks, rubber band tricks, or rope manipulation.

Buzz does not provide this type of entertainment; Buzz will bring to your party state of the art mentalist and mindreading routines.
If you want to totally mystify your guests, read on and find out how Buzz's ability as a mentalist can entertain and at the same time, bewilder, perplex and bamboozle the audience as they watch a routine and for the rest of the evening discuss the illusions and attempt to figure out how Buzz was able to bend a fork, see the numbers on a set of dice without looking at them as they are hidden from view, and numerous other "mind bending" routines.

Buzz utilizes the latest and greatest, state of the art illusions available today making a stage, strolling or close-up performance as exciting to your guests as his grand stage extravaganza.

Remember when you're deciding on the entertainment for your event; Buzz goes beyond cards and coin tricks to amuse your guests and performs an entertaining and mystifying personalized performance.

If you want to make the party a complete success request a quote and Buzz will personally send you a complete outline of his performance and prices; Buzz does not charge extra for traveling or toss in any extra charges

I can't say enough about how pleased we were with Buzz Lawrence. He arrived early and assessed our group to make sure he gave us the best value for his time. He entertained people from elementary school ages to senior citizens. The common refrain was "how did he do that??" While I was certainly familiar with the term 'magician', a mentalist was something new. Buzz met and exceeded our expectations and was truly a "magician for your mind". I am so glad we chose Mr Lawrence for our hospitality suite entertainment at our recent meeting in San Francisco.

To be honest, I really didn't know how well having a Mentalist at my party would work out. Well, without exception, every single guest who interacted with Buzz was blown away. People were astounded at his talent. Nobody could figure out how he did what he did. He was charming, unobtrusive, gracious, prompt and professional. He truly added an extra special dimension to my party. I don't doubt that people will be talking about Buzz for some time to come. Thank you Buzz for making a special night an extraordinary one!

Still smiling from all the tricks. Buzz will definitely be recommended to all my friends. Amazing job!!!! 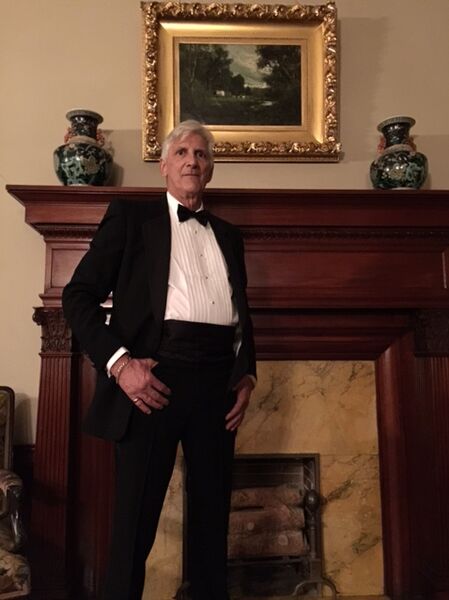