Motivational Speaker from Atlanta, GA - Will travel up to 3000 miles
4
8 VERIFIED BOOKINGS
MEMBER SINCE 2011
ACCEPTS ONLINE PAYMENTS
just booked!
$1500 - $7500 per event
ACCEPTS ONLINE PAYMENTS
VIRTUAL SERVICES OFFERED
Hiring The Love Chromosome will help make your event one that nobody will forget, everybody will love and all will be inspired by. Julie and Derrick Tennant are a brother and sister team who have faced a lot of obstacles in their lives. Both have learned to transform them into opportunities.

Derrick was an athlete that suffered a career-ending brain injury and Julie ( the REAL star, Derrick will say ) has Downs Syndrome. Downs Syndrome is caused by an extra chromosome. Julie's grandfather told her that she does not have an extra chromosome, but everybody else is MISSING it, and it's the "love chromosome". Julie's magnetic charm and positive outlook combined with Derrick's story ( and the fact that he is a nationally known stand up comedian ) will help make your event one for the ages! From fund raisers to family fun nights and sales meetings to corporate celebrations Julie and Derrick have been engaging and empowering audiences worldwide.

"I think youll agree that Julie is a very wise and insightful person".

Julies Love Chromosome is something she would like to share. "I wish everybody could have one", she says. As you get to know Julie, you will see countless ways this love chromosome affects those around her. Allow me to share one such example:

Julie and her mom, Barb were at the grocery store together when Julie was 5. A man entered the door wearing a dirty, wrinkled, old trench coat. He was unshaven and disheveled. His hair was so greasy that it stuck in clumps. He probably smelled too, but Barb was not going to get close enough to find out. She thought how unnecessary this was as her town had one of the best Rescue Missions in the country. At least get some clean clothes and TAKE a shower! she thought.

While checking out Barb took Julie out of the cart. Julie took off like a shot towards the man with both her arms outstretched. He bent down and picked Julie up as she nestled into his disgustingly dirty neck. Barb panicked thinking he would harm Julie and rushed to the man grabbing Julie back and saying (not so nicely) THIS IS MY CHILD!

What happened next has burned itself into Barbs mind forever. The man looked at her with tears rolling down his filthy cheek. Lady, he said, I cant tell you the last time somebody wanted to hold ME.

You see, Barb saw a man and she judged him. Julie saw a need and she hugged it.


As for Derrick, he was a gifted athlete progressing in his dream for a career in sports when one evening in 1985 he laid down but did not wake up for three days.

He had undergone what doctors would later term random bleeding from point x for an unknown reason. Paralyzed and in a coma, Derrick underwent brain surgery from which he became unable to move the left side of his body. It would take years of therapy to re-learn the basics like walking, talking and simple daily tasks. Derrick is still unable to use his left arm and he walks with a limp, but he has learned a lot through this process.

With years of therapy and hard work, Derrick eventually was able to return to the court. In 1993, he played basketball overseas competitively. You should have seen me when I had two arms, he says. Derrick now travels the world sharing his story and encouraging others to use obstacles as opportunities.

Although his own personal experiences have been great teachers, Derrick will tell you that nothing has taught him more about LOVE, than knowing his beautiful sister Julie.

You have a unique opportunity to get "two for the price of one" Julie says, when you hire The Love Chromosome for your next fund raiser or other fun event.

Great people with a great message!

Our Experience with The Love Chromosome was amazing. They were very professional, accommodating, and perfect for our Banquet. We had a record attendance of 570 people and have heard good reviews about their talent and motivation. We would highly recommend The Love Chromosome to other pro-life pregnancy support centers. Heart to Heart Pregnancy Support Center 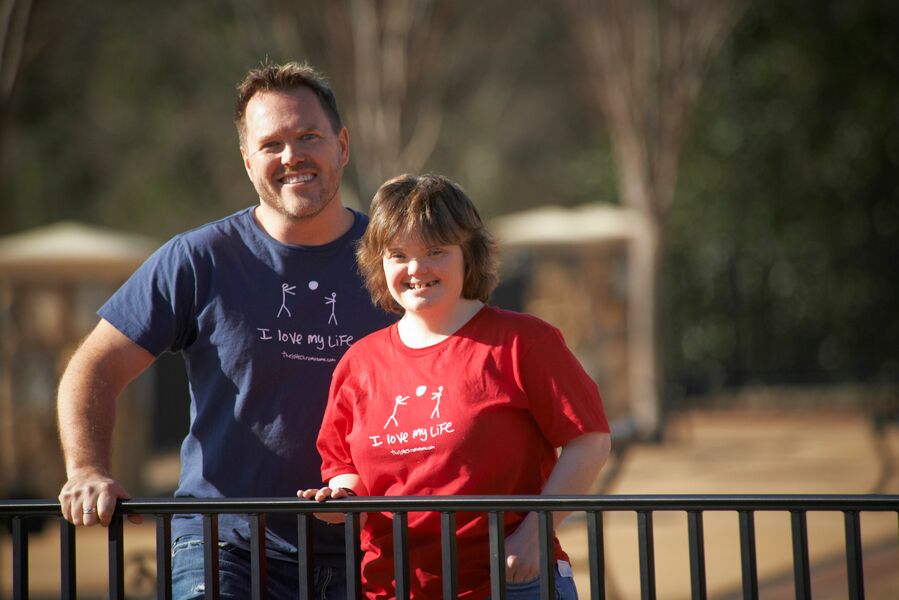 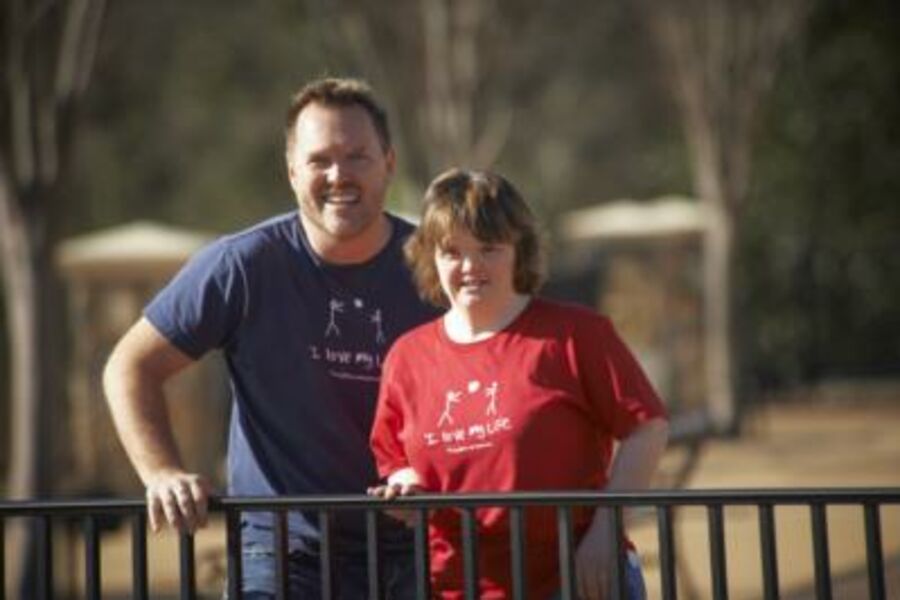 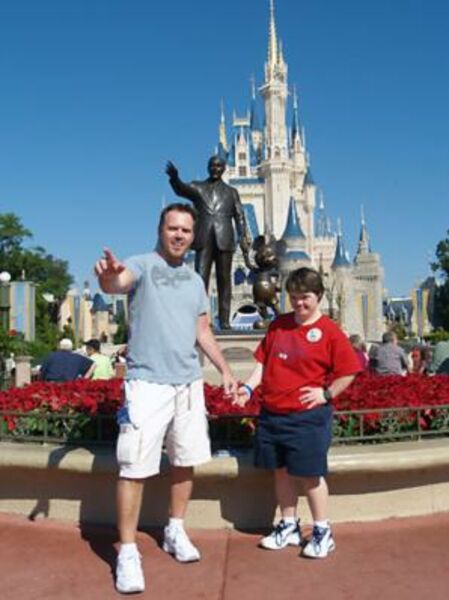 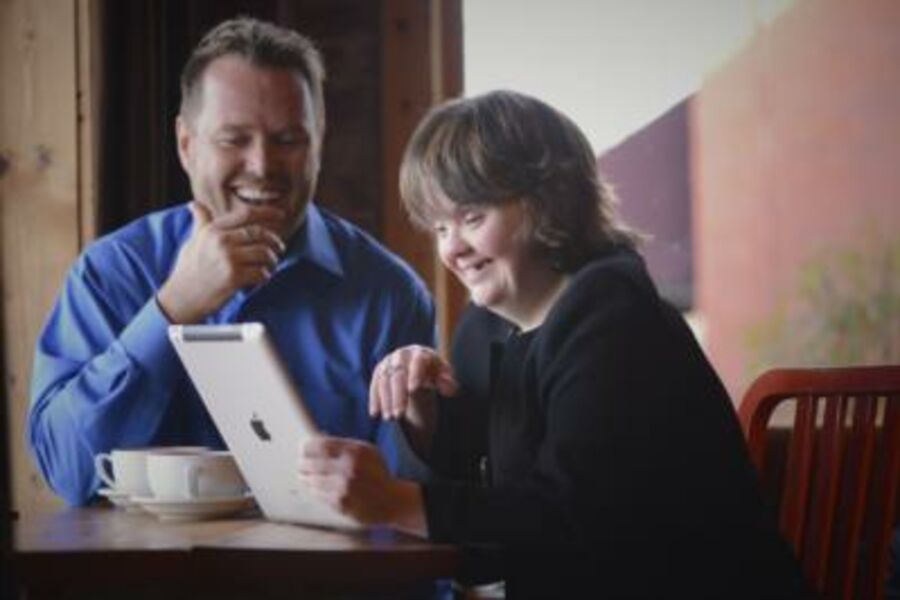 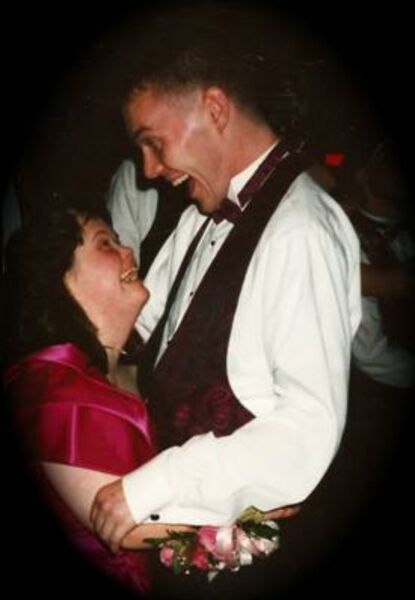 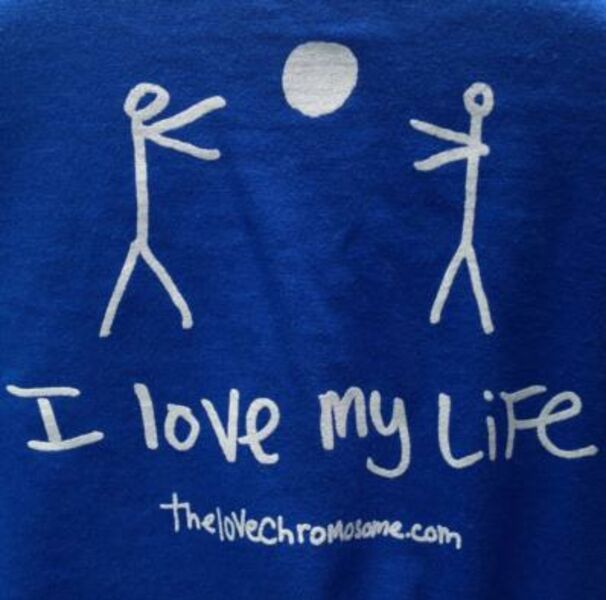 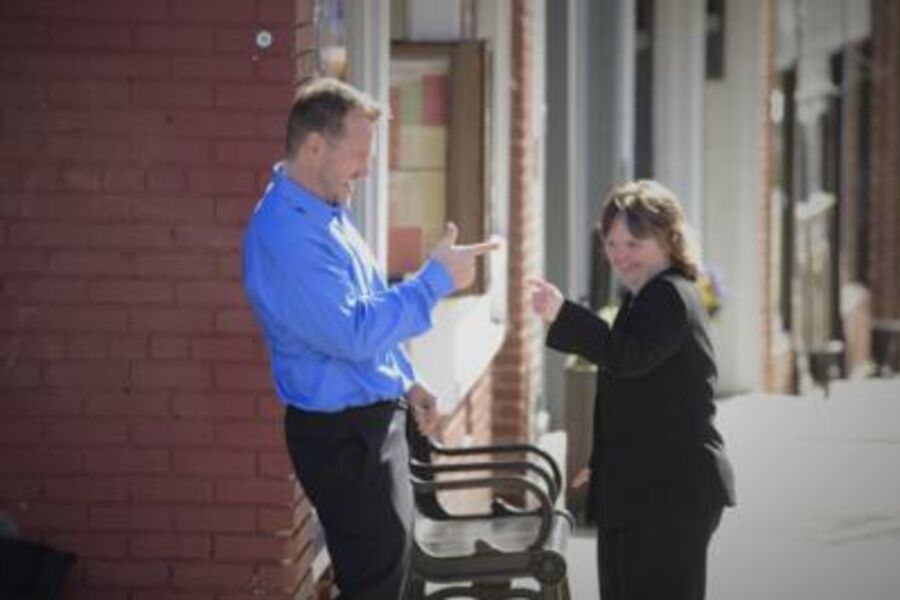 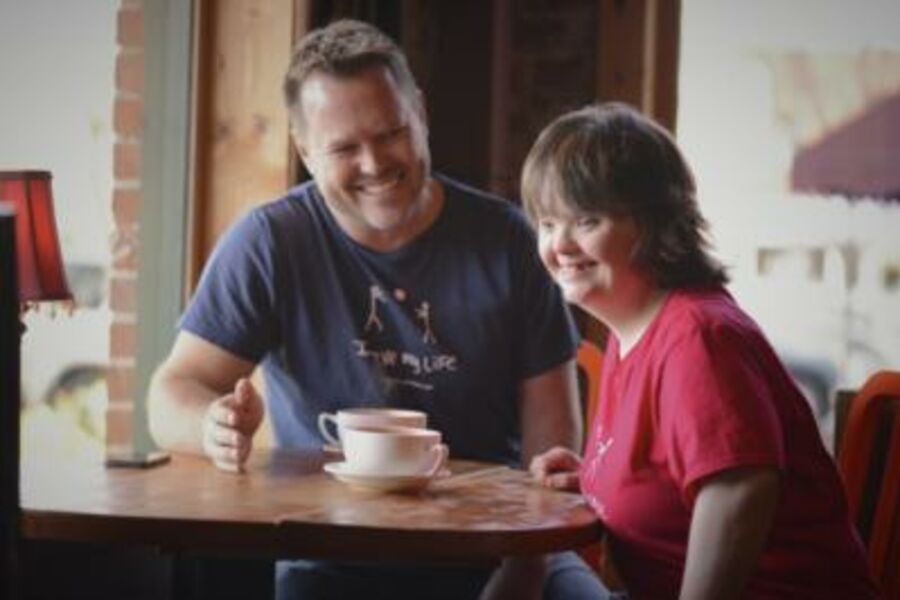 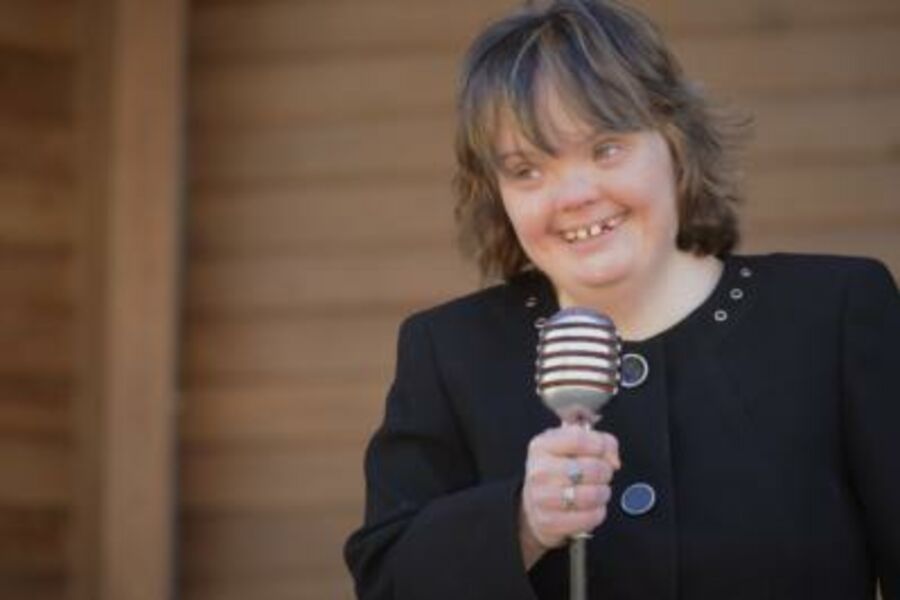 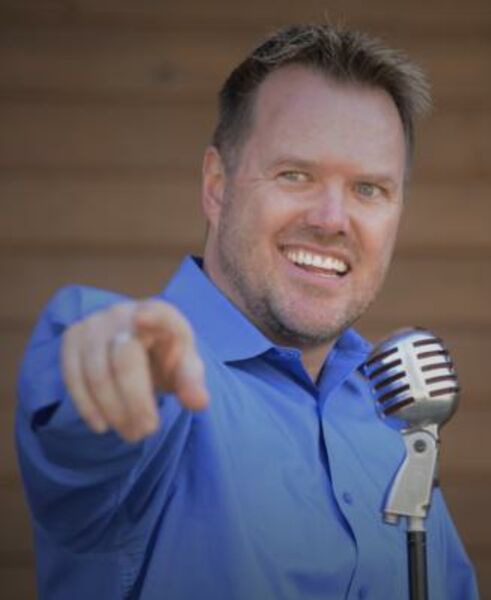 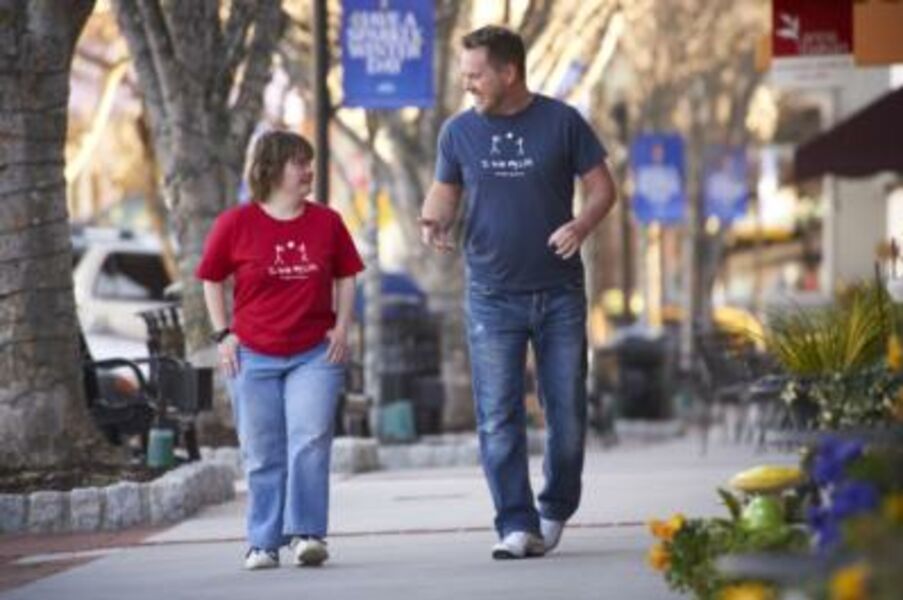 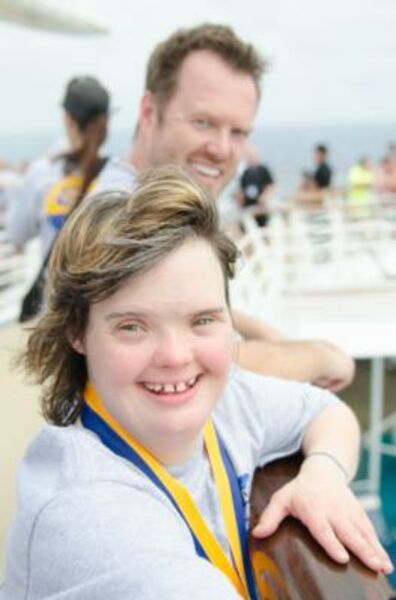 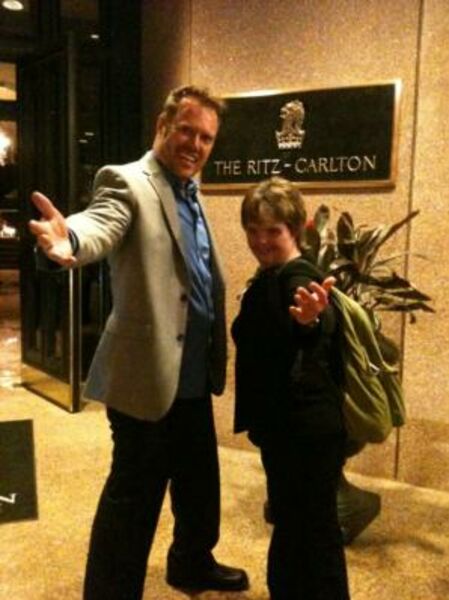