Classical Quartet from New York City, NY - Will travel up to 100 miles
1
1 VERIFIED BOOKING
MEMBER SINCE 2018
ACCEPTS ONLINE PAYMENTS
$500 - $3000 per event
ACCEPTS ONLINE PAYMENTS
VIRTUAL SERVICES OFFERED
Alarga is a multi-instrumental group that specializes in multiple genres of music. It brings pristine elegance with the finest touch of passion to jazz, classical, Turkish, Greek, and world styles to enhance the ambiance and pleasure of its listeners. Its members are nationally and internationally accomplished musicians that are also active musicians on Broadway as well as international performing groups and orchestras. They can be seen actively performing around New York City.

Gokce Erem, violin/viola/voice, has performed with the Tony award winning singer John Lloyd Young, who is also the main character from the musical Jersey Boys, at Café Carlyle where she played in a series of concerts with a very important musician and producer Tommy Faragher. She also plays in chamber music groups with the most talented musicians in NYC. She is currently substitute violinist at Hamilton on Broadway.

Peter Douskalis, guitar/laouto/ukulele/mandolin, performs regularly around NYC with a variety of world music groups playing Greek, Armenian, and Turkish music. He was recently the guitar chair for 'Bad Ass Beauty: The Rock Opera' at the New York Musical Festival and is currently a substitute guitarist at Dear Evan Hansen, School of Rock, and Lion King on Broadway.
(more)

Alarga played during our wedding ceremony, and the addition of their music made the ceremony intimate and special. They are both extremely talented professionals, learning our desired music and making it their own through slight modifications to make the tunes best fit their Guitar/Violin duo. We highly recommend Alarga to give a wonderful performance at any event. They were a joy to work with! 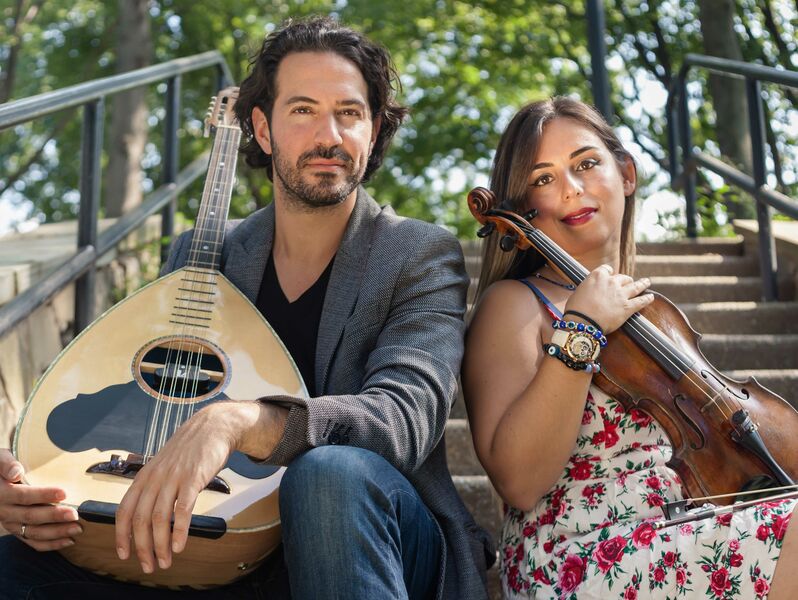 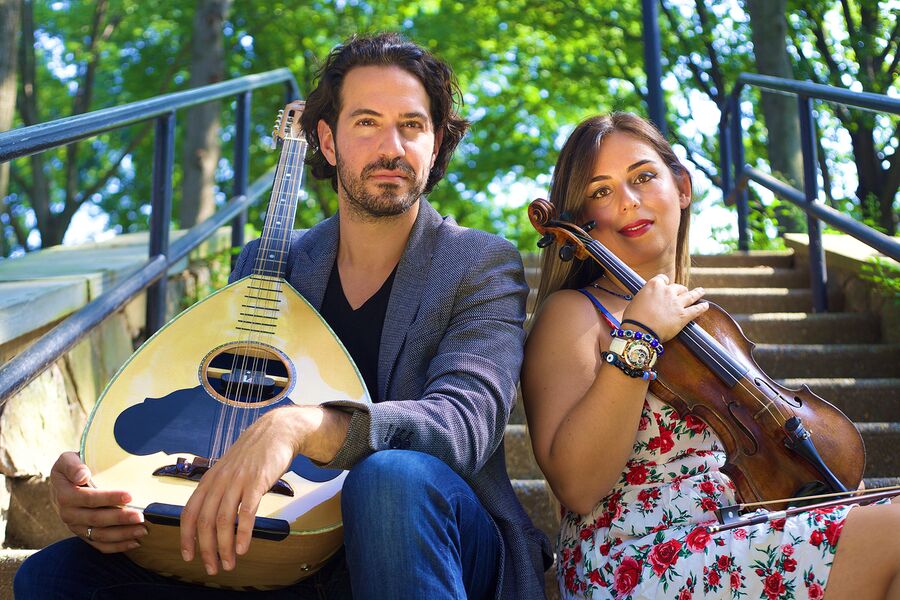 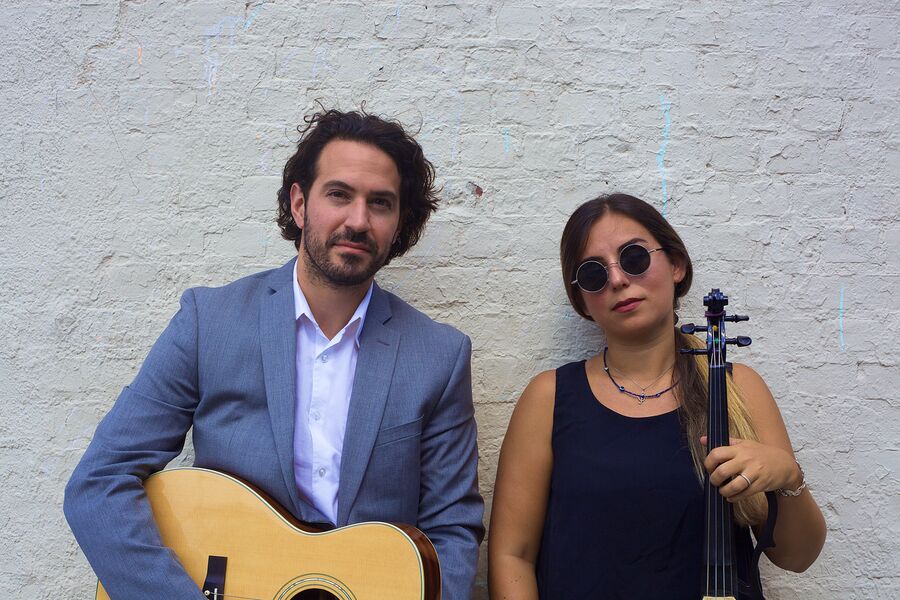 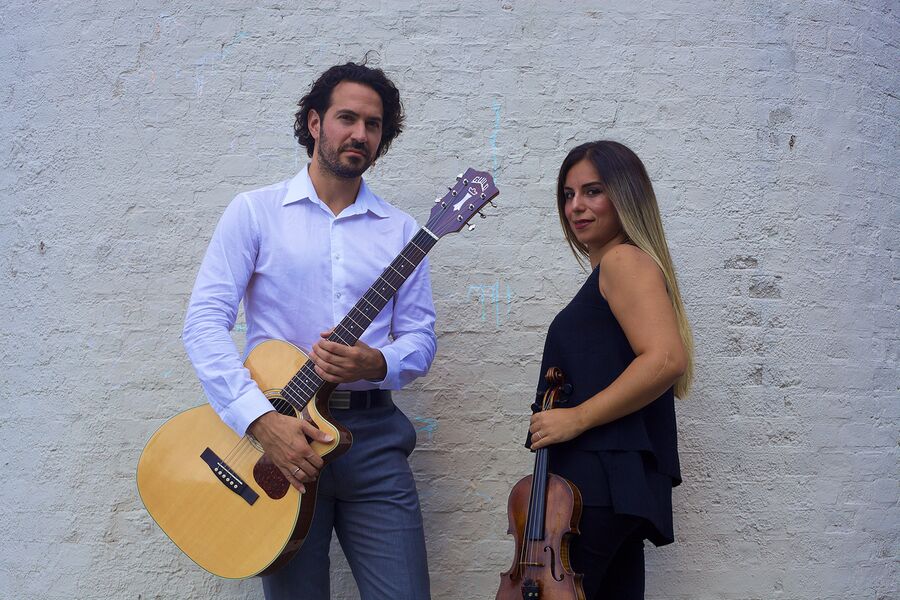 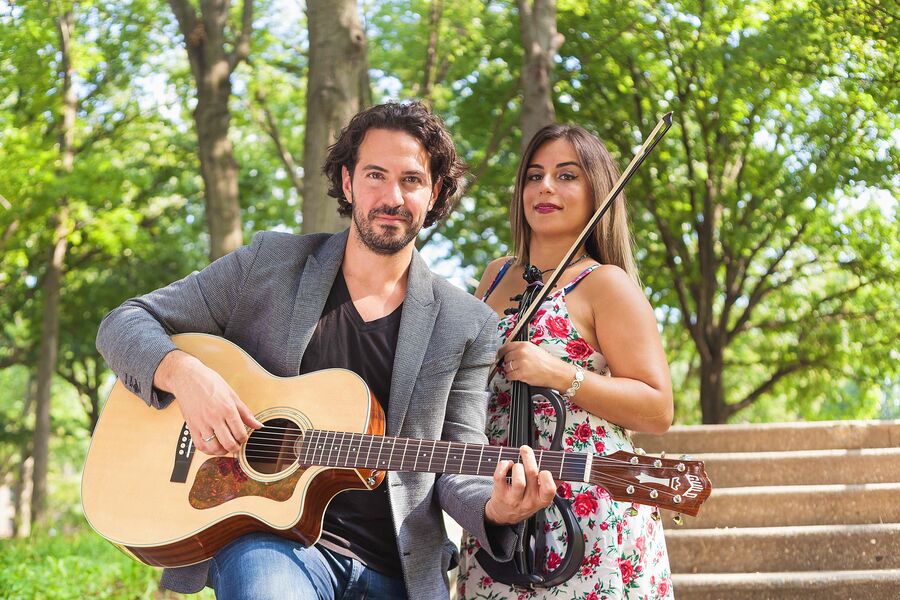