Classical Trio from Boulder, CO - Will travel up to 100 miles
31
48 VERIFIED BOOKINGS
MEMBER SINCE 2011
ACCEPTS ONLINE PAYMENTS
$200 - $1500 per event
ACCEPTS ONLINE PAYMENTS
Con Brio is a dynamic, talented group of performers comprised of a flutist, violinist, and guitarist. With over 17 years of ensemble and solo experience both nationally and abroad, these musicians delight crowds of all ages at a diverse range of events. Their specialty is adding a classical twist to hits from across a variety of genres and generations - they can write a custom arrangement of any song you want to hear!

Con Brio performs at weddings, receptions, cocktail hours, corporate functions, conferences, and parties, and can serve as the perfect entertainment to any gathering - large or small. Their repertoire is extremely diverse and includes classical, Celtic, jazz, pop, and even Blues.

Con Brio is available as a trio (flute, violin, guitar), as well as a duo (flute and guitar), and can provide any of these instrumentations to cater to your special occasion.

Philadelphia native Bria Schecker began her flute studies at age 7 with renowned Russian flautist, Ilya Ovrutsky. From solo performances at the US Embassy in Paris, to an orchestral residency with West Chester University in Sicily, to woodwind quintets and symphony orchestras in the United States, Bria has enjoyed playing in diverse settings all over the world. She completed her bachelors degree at Boston University, where she played an active role in the all-campus music program, serving as principal flute for the orchestra. In Boston, Bria served on the Board of Directors and performed on several principal parts for the Cambridge Symphony Orchestra prior to relocating to Boulder.

Born in Fairbanks, Alaska, Julie Beistline began her violin studies at the age of four. She completed a bachelor of music degree in violin performance at Brigham Young University (BYU) while studying with Eugene Watanabe, and went on to complete her graduate degree at the Cleveland Institute of Music, studying with Stephan Rose of the Cleveland Orchestra. While living in Cleveland, Julie worked as a freelance musician performing with numerous ensembles including the Trans-Siberian Orchestra. Julie most recently held the position of Director of Strings at the Montessori and International Academy on St. Thomas, USVI, and as a freelance violinist before moving to Denver.

Brad Garone is a Boston-born guitarist, composer, and arranger. He is a private music teacher by day and an active gigging musician at night. After years of self-taught practice, Brad attended the prestigious Sound Recording Technology program at UMass Lowell. At UMass, Brad studied under the renowned Jazz Guitarist, Jon Wheatley (UMass Lowell, Berklee School of Music). Brad has served as lead guitarist with several distinguished bands and artists including Mondo Gecko and the Ross Livermore Band, and has toured the country with his music. Most recently, Brad served as the lead guitarist for the Boston-based funk/soul cover band, Sugarfoot, before moving to Boulder
(more)

I simply cannot describe how delighted we were with their performance. Everyone commented on how talented the musicians are. They were happy to work with us when we split the venue and had them perform outside for the wedding, then move indoors for the reception. And the music! Wonderful selections. They really made my job easy, and made it appear that I was much more attentive to detail than I had the time to be. Thank you so much for making this "Mother of the Bride" look good!

Con Brio Trio was great - they were friendly and accommodating. We had a few songs we wanted them to play for our wedding ceremony which were not in their usual repertoire, and they made great arrangements of the songs. They were a perfect combination of fun and classy. 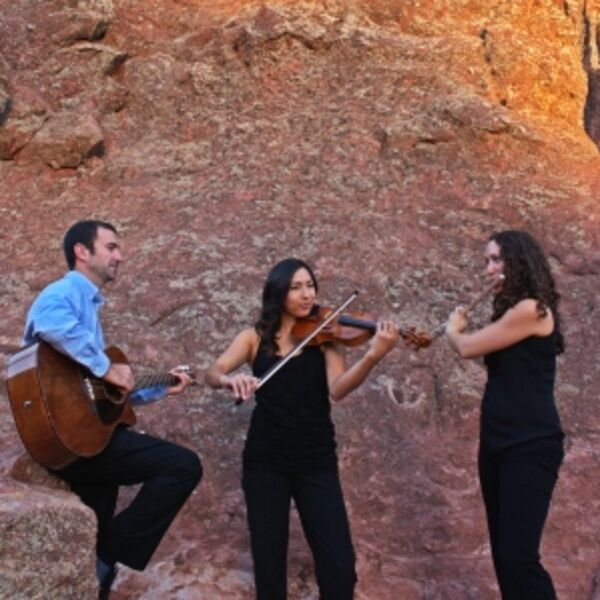 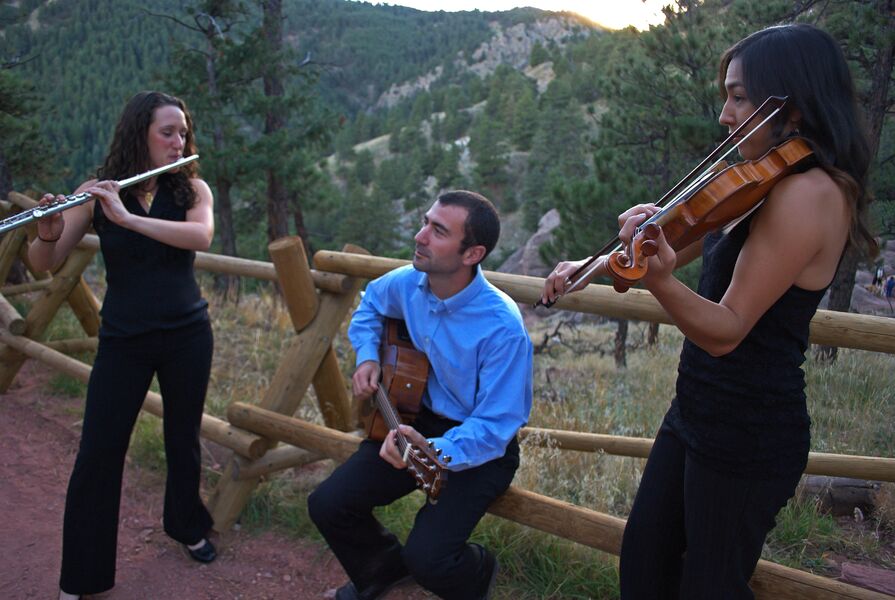 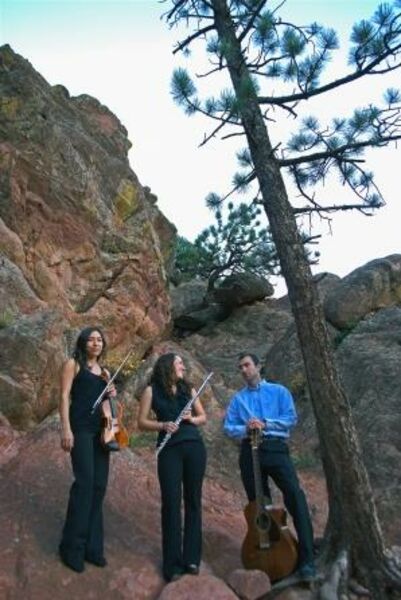 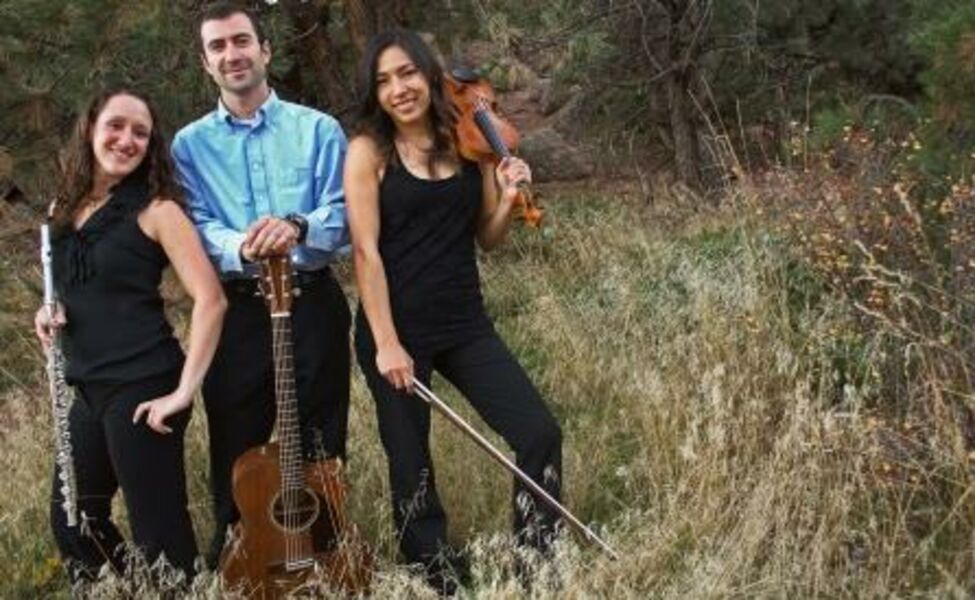 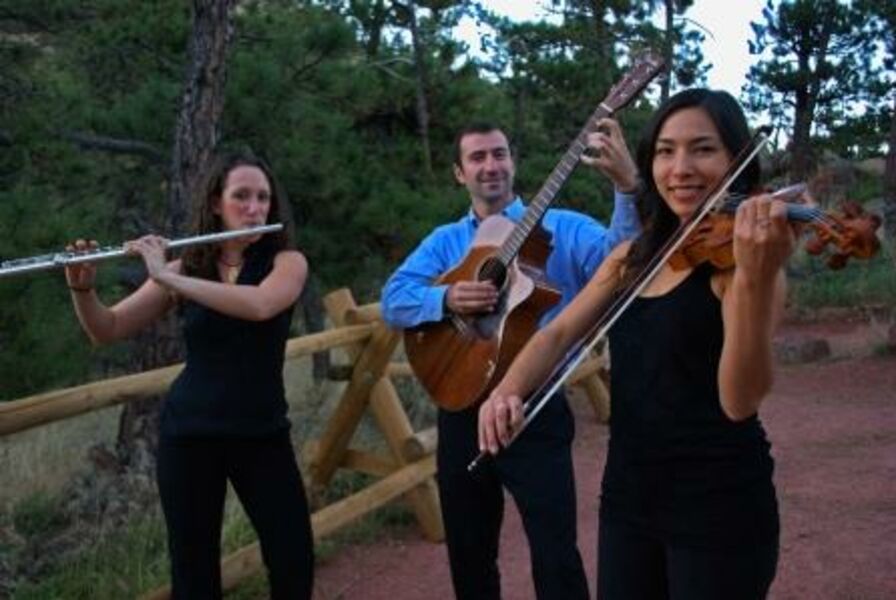 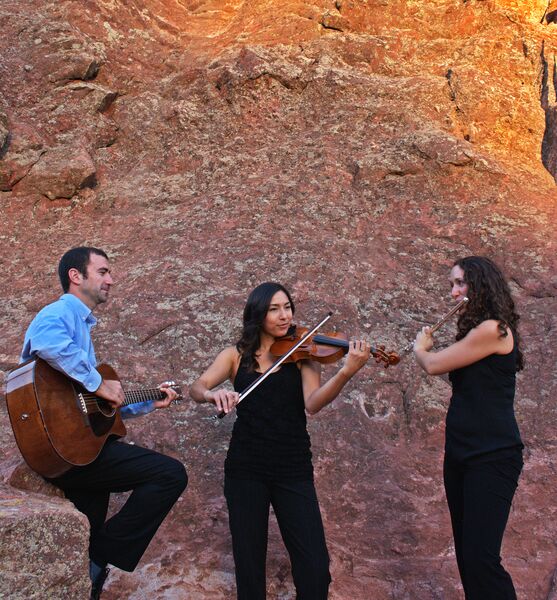 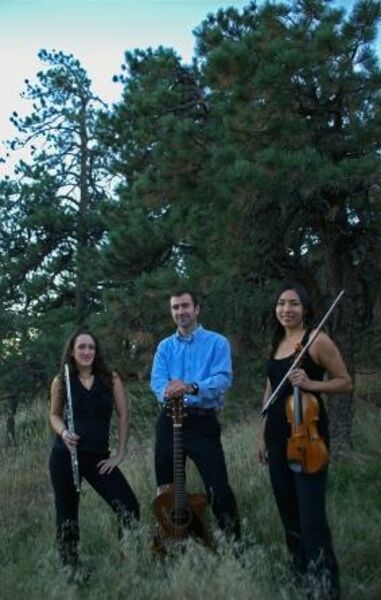 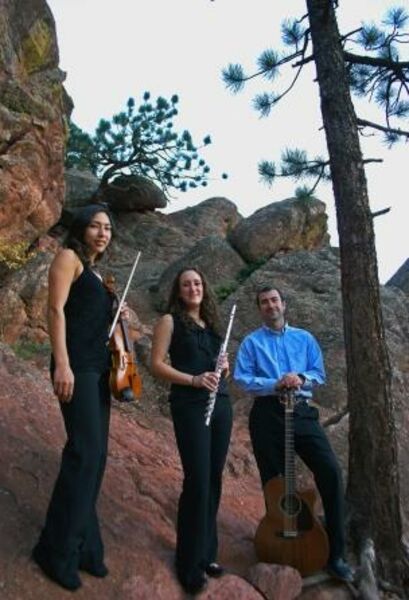 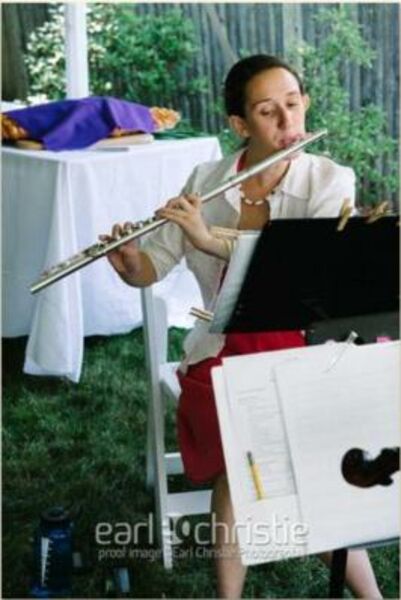 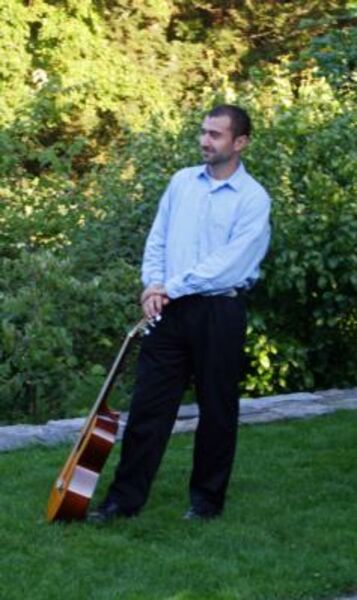 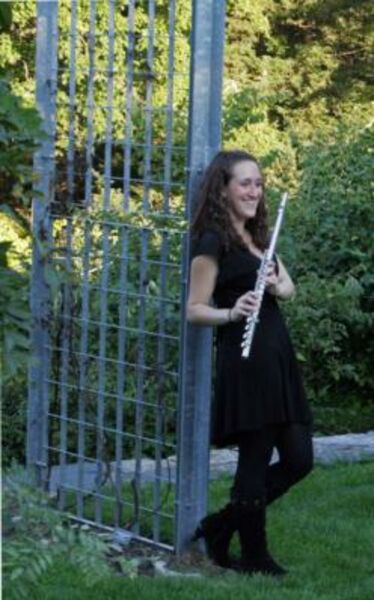