Singer Guitarist from Milwaukee, WI - Will travel up to 3000 miles
1
2 VERIFIED BOOKINGS
MEMBER SINCE 2015
$500 - $3000 per event
Born into a multicultural and musical family, Sara grew up in Calabria, Southern Italy. After obtaining her degree in classical guitar from the Santa Cecilia Conservatory in Rome, she moved to Milwaukee, Wisconsin. A native of Wisconsin, Kenny began his study of classical piano at age five and guitar at age twelve. He attended Berklee College of Music in Boston, and returned to Wisconsin to finish his degree in Economics. The two met in Milwaukee and started composing music together in 2015, finding an outstanding sympathy. Their style is a meltdown of classical music (Bach, Satie), jazz (Snarky Puppy, Gilad Hekselman, Billie Holiday) and folk (Joni Mitchell, Neil Young). Their diverse and yet unique style brings to intend music as a form of constant dialogue between our intimate selves and the universe, between the strings of a guitar and the emotions of an audience, between music and God.

The duo's debut album, Spirit of Gold was released in the fall of 2015 to rave reviews and a sold out show at the historic Villa Terrace Decorative Arts Museum in Milwaukee, WI (USA). Piet Levy of the Milwaukee Journal Sentinel said: "it's striking how simpatico Sara and Kenny sound…especially considering their backgrounds couldn't be more different. From Kenny's bright, flighty guitar work on Four Minutes to Sara's rich vocals during a romantic cover of Luigi Tenco's Ti Ricorderai, Spirit of Gold will leave you smitten". The songs are simple and yet sophisticated, melodic and elegant all at once.

After months of traveling and writing the duo's second album, "Familiar Rhythms," was recorded in Cosenza, Italy. Shortly after the duo relocated to London and have been growing and performing the music actively, catching the attention of various music critics. Chris Farlie of w21music describes the new material as "…a blend of jazz and traditional music… [Sara and Kenny] challenge your conventional idea of the way a tune should go in an entertaining way." Tony Moore of Soho Radio London says "Fantastic, original and inspiring music from two astonishingly gifted musicians."

'Sara and Kenny' have been actively touring and performing around the U.S. and Europe since the release of "Familiar Rhythms."
(more)

They were great! Just what we needed for our meeting. 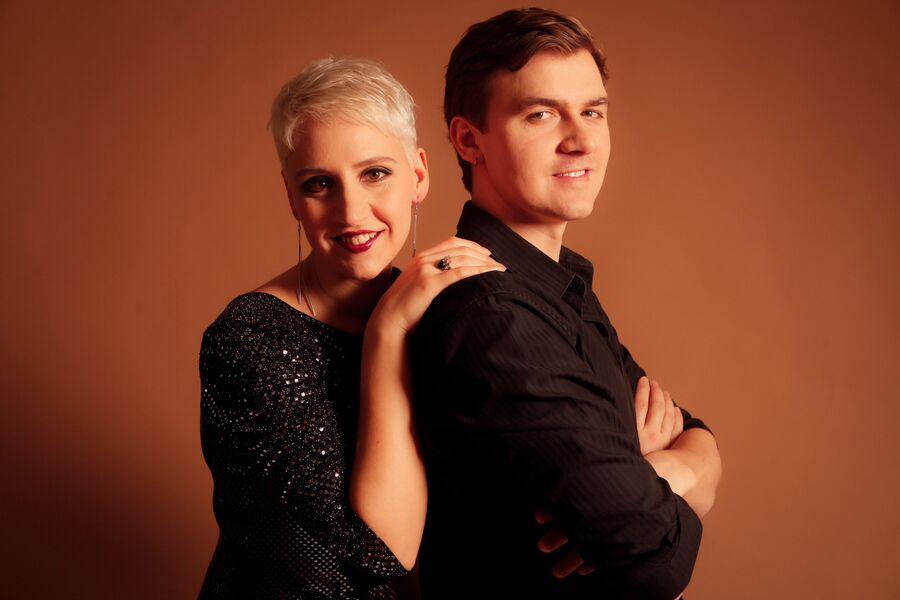 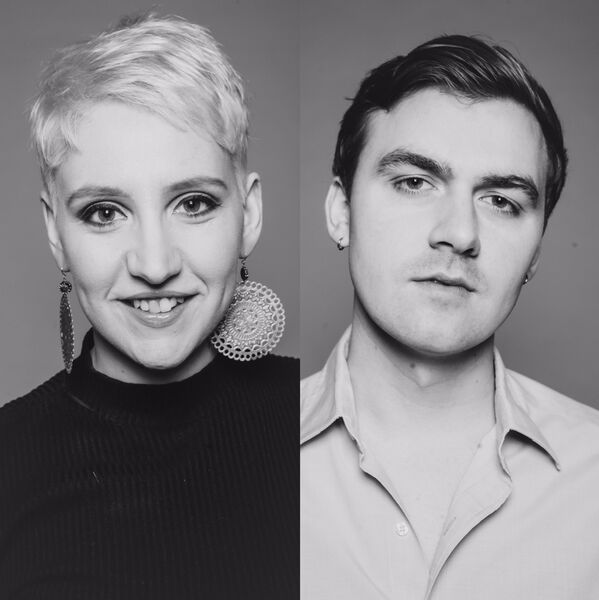 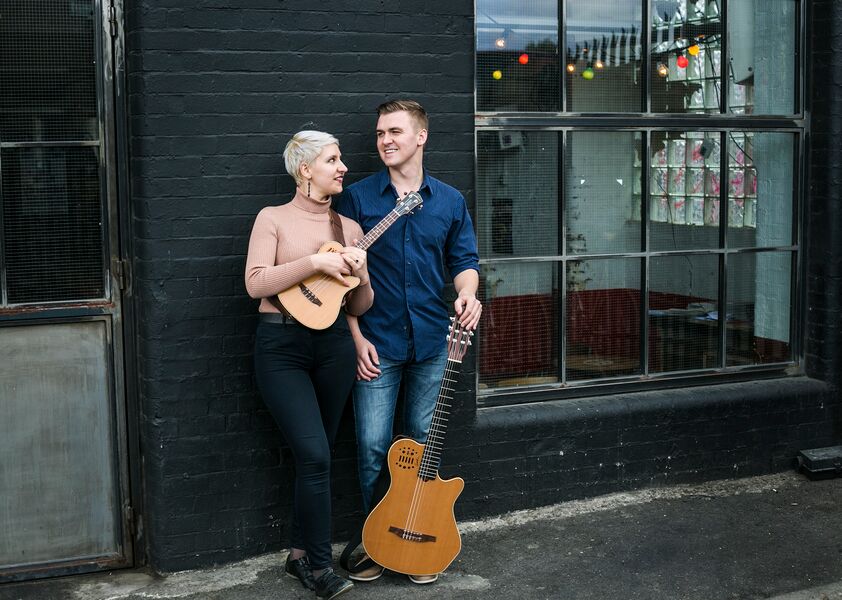 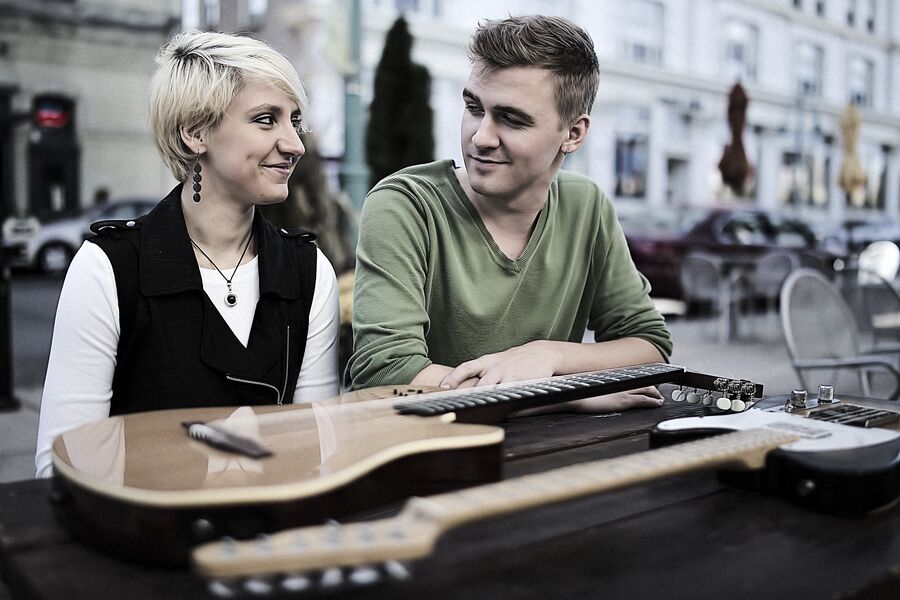 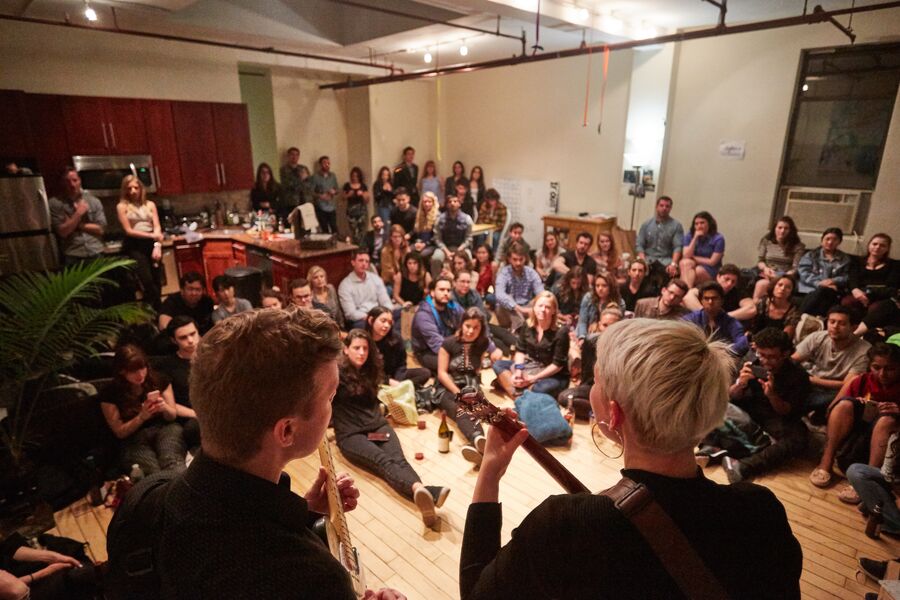 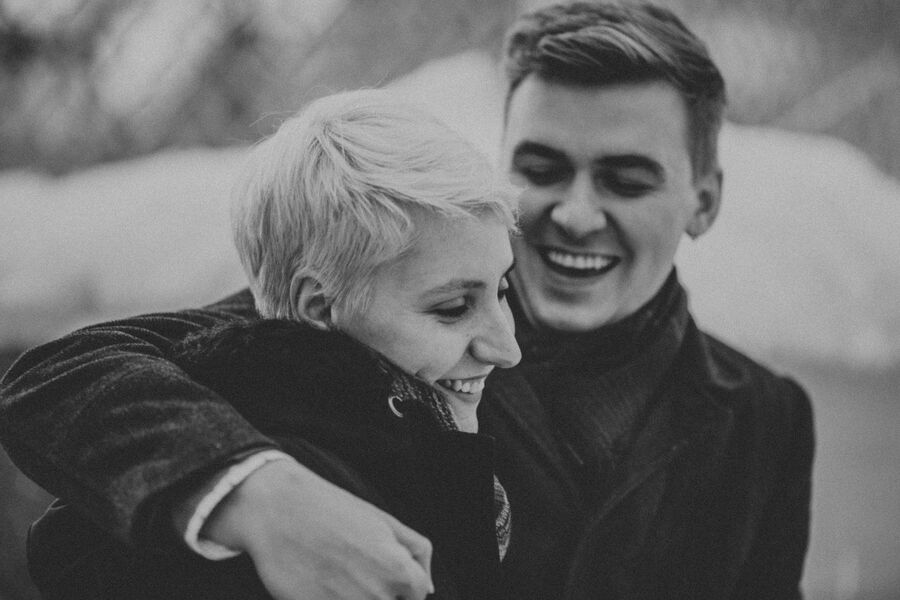 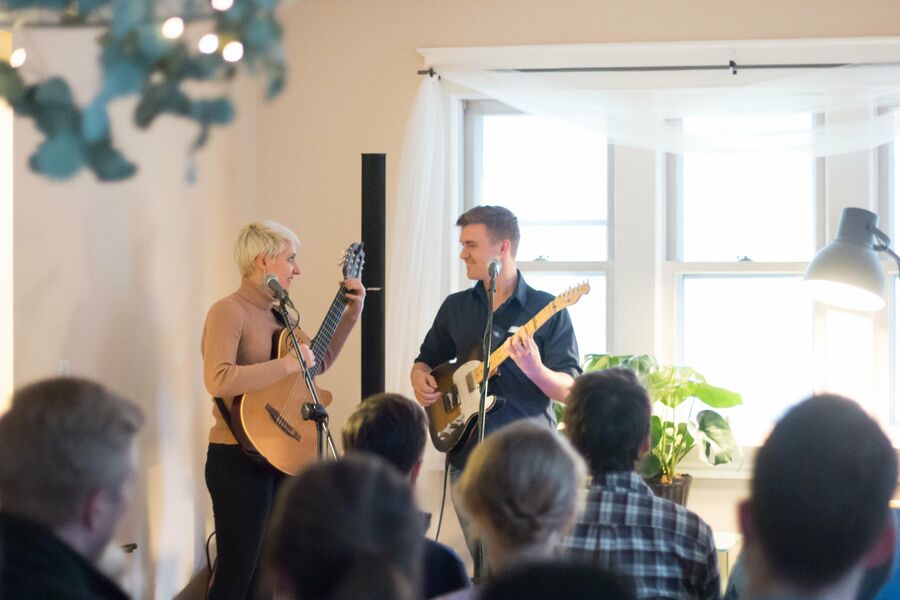 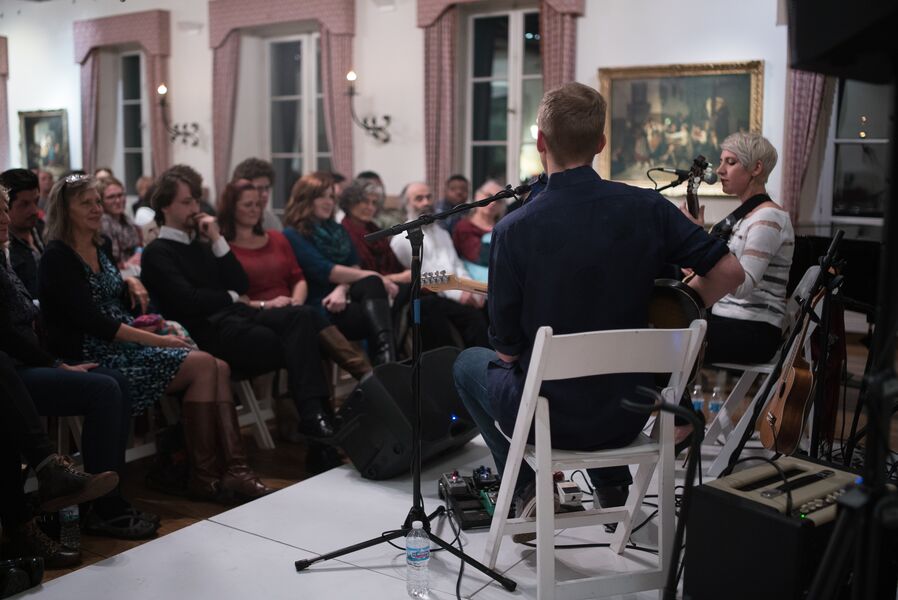 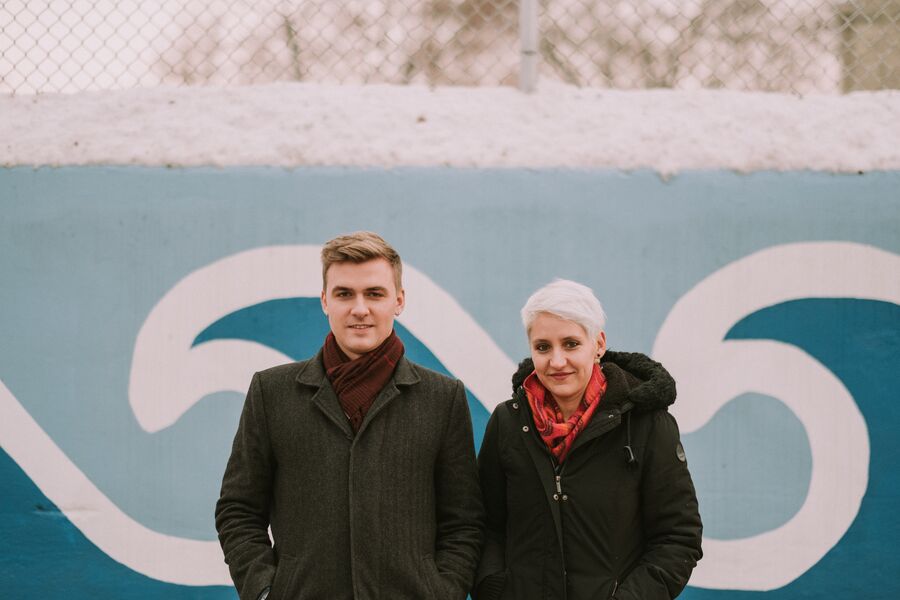 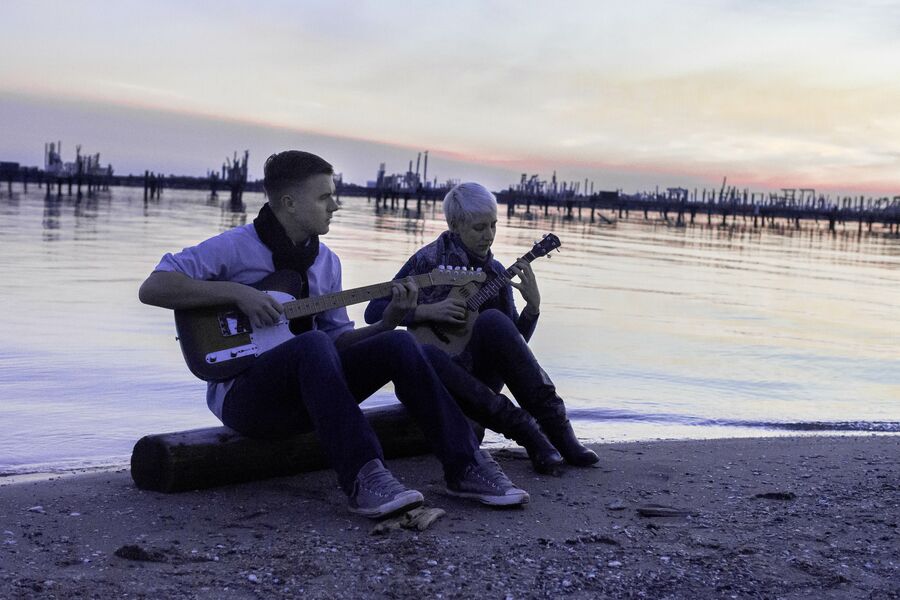 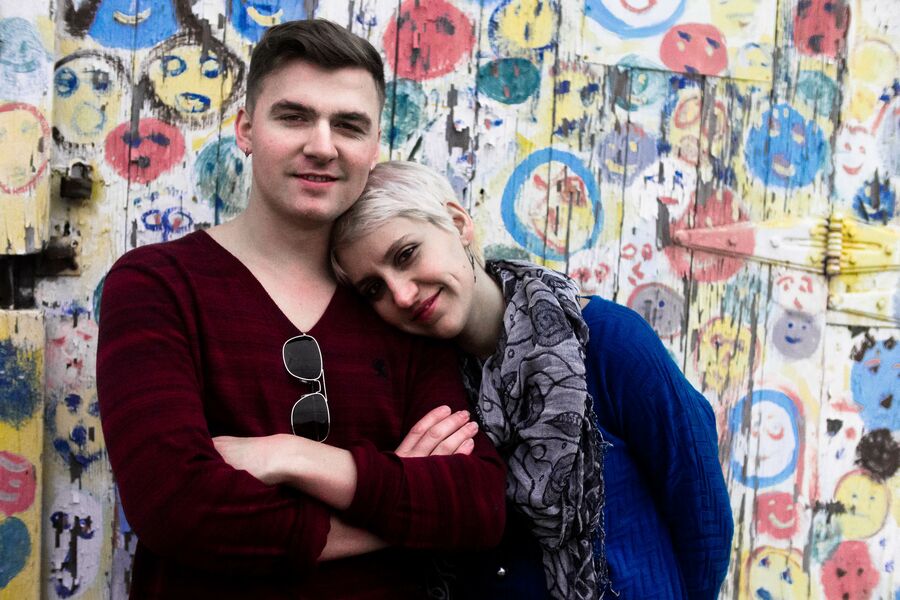