Piano from Los Angeles, CA - Will travel up to 3000 miles
MEMBER SINCE 2011
$250 - $1000 per hour
Professional, unique, & captivating,.... Guilherme Schroeter perform nationally & internationally for Festivals, Weddings, Corporate Events, Universities, & Night Clubs, Concert halls. He had performed in venues such as Michelangelo, Hamburger Hamlet, but have also covered complete weddings including the Ceremony, Cocktail Hour, Dinner, & Dancing portion. This is a testament to their versatility, as they can perform anything from Bach to Mancini (Jobim, Movie Themes, 30`s to 70`s selected hits), Tchaikowsky to Beatles & everything in between! This is also one of the only acts in the world led by a award winning composer and pianist in pop, and classical worlds (awarded as a classical pianist, classical composer, and songwriter)....

So, the only one that is also capable to perform and create unique music to your event ! He produced more than 200 classical, 120 pop, and 40 Music for film, and he can create unique piano composition (s), ESPECIALLY TO YOUR EVENT!

Mr Schroeter only performs in places that have Grand Pianos
He don`t work with "keyboards" or automatic accompaniment kind of instruments. Mr Schroeter is a real musician. He produces his own, high quality right hand harmonies and accompaniments.

On your right side, you can see photos of his aconplisments, performing at great hotels (like LE MERIDIEN) where he performed to Katherine Zeta Jones, Mario Soares Portugal first Minister, Zico (soccer celebrity), Bank of Boston, and The king of Holland 1999-2001)

Also you can see videos of his performances as well his compositions,
by MORAVIAN PHILHARMONIC from Czech Republic.

His performance of Chopin Op.11 Piano Concerto in Brazil, his graduate degree event, receiving from his mother, MARIA HELENA DIDIER, the diplom, his travel to GERMANY, 1992, where he did master classes with renowned pianist like JORG DEMUS, PETER ROSEL, ETC.

Guilherme Schroeter offer all these, and he is not expensive like another artists! (look our rates!)
(more) 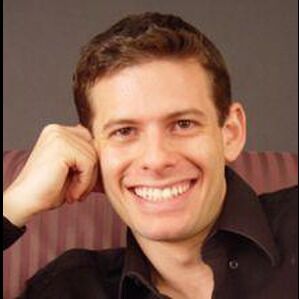