Classical Violin from Seattle, WA - Will travel up to 100 miles
5
14 VERIFIED BOOKINGS
MEMBER SINCE 2007
ACCEPTS ONLINE PAYMENTS
$200 - $350 per hour
ACCEPTS ONLINE PAYMENTS
VIRTUAL SERVICES OFFERED
Originally hailing from Troy, Michigan, Kristin began playing violin at age four. Since that time, she has led quartets, concertmastered concert orchestras and pit orchestras, and sang, acted, and danced on stage for the theater. Her main string quartet, the Somerset Strings, played together for more than ten years before the members moved to the various reaches of the US. Kristin also began teaching violin lessons while in high school and culminated her own studies by winning a violin performance scholarship in her senior year. In addition, she took voice lessons and began stage acting, even briefly learning to play the piano and guitar.

Kristin attended the University of Michigan in Ann Arbor and earned bachelors and masters degrees in engineering, minoring in French language and history, music history, and business. (She was there for a long time!) While at the university, she was a member of the university orchestra and continued to play regularly with the Somerset Strings. She joined a local rock band, Caelum Bliss, with whom she recorded her first CD, piquing an interest in using her violin for new genres of music and writing and arranging music. She has since appeared on several major music label recordings for a wide variety of musical styles.

After graduating, Kristin moved around the country, pursuing the arts wherever she landed - Austin, Boston, and Seattle. These new locations offered new opportunities, including creating musical scores for and accompanying theater projects, performing in commercials and theater productions, playing several new instruments, and singing.

Available for any event for which you'd like (at least mostly) violin music to enhance the mood. With enough time, she can obtain and play anything you request and can also add additional performers, if you would like a slightly different mood.

We were so happy to have Kristin playing at our small wedding. The music she played was so beautiful and made such a warm atmosphere in the conservatory. Thank you Kristin for being a part of our special day!

Kristin was great, very personable and gracious considering it was pouring rain when she got there. Beautiful performance and I will definitely hire her again. Lots of compliments. 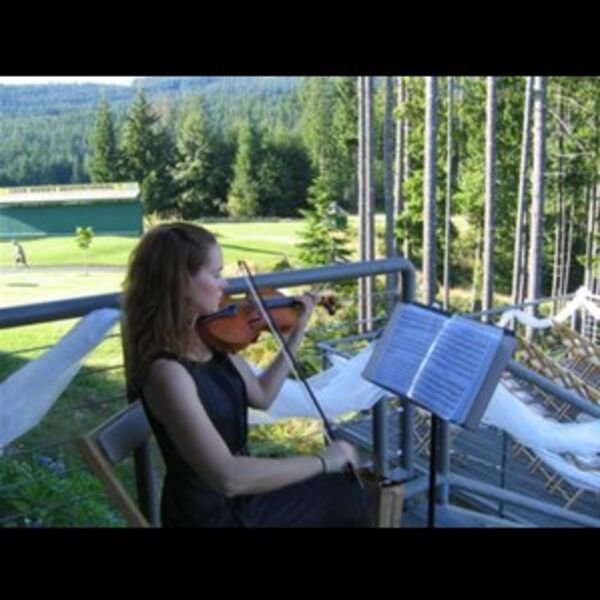 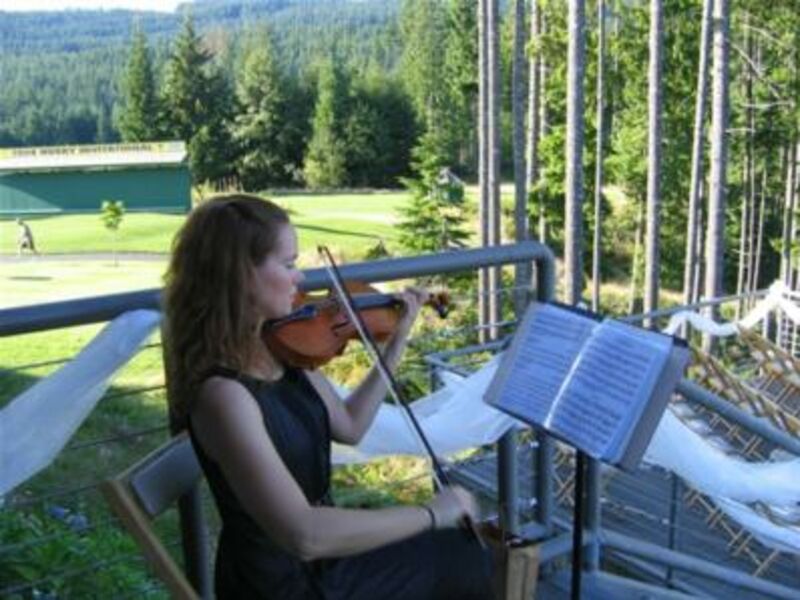