60s Band from Bethlehem, PA - Will travel up to 300 miles
MEMBER SINCE 2010
$1000 - $3000 per event
The Large Flowerheads enthusiastically bring to life the sights and sounds of the '60s. Imagine being part of the scene when the songs spoke of love, sunshine, and happiness.

They "looks like the 60s with their Paisley shirts and Nehru jackets and they sound enough like the bands of that era to be the real thing." - Jack Fichter, Cape May County Herald

"It is IMPOSSIBLE not to have a blast at their shows. Everything, from the tune selections, to the arrangements, to the overall vibe is just spot-on designed for fun!" - Tom Ford

"They were just an amazing act to see. The 4 members could not only all sing, they would exchange instruments for different songs. And the rapport with the audience was superb. A delight all around!" - Sheryl Smith

"They perform these timeless classics with a sense of perfection rarely heard in a cover band." - Michael McKenna, Music Reviewer 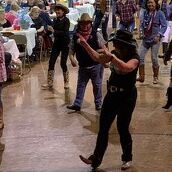