Singing Telegram from Springfield, NJ - Will travel up to 100 miles
6
11 VERIFIED BOOKINGS
MEMBER SINCE 2019
ACCEPTS ONLINE PAYMENTS
BOOKED 29 days ago
$100 - $500 per event
ACCEPTS ONLINE PAYMENTS
VIRTUAL SERVICES OFFERED
Make their special day truly a memorable one with a Singing Telegram from Adam Blotner! Whether you want to embarrass your coworker or propose to your sweetheart, Adam has the versatility (and the costumes) to suit every occasion! A skilled musician with a broad repertoire and over 10 years experience, you can feel confident Adam will deliver your message right on time with heart and humor.

Adam most frequently performs as "The Singing Cowboy," but can do other costumes/looks upon request.

“We hired Adam to sing for a friend's birthday and he did a terrific job! The recipient was so pleased with Adam's performance that he said it was his most memorable birthday gift ever. Moreover, Adam's communication leading up ti the event was excellent! Thanks!”
- Vinny T.

“Adam was wonderful!! My friend was surprised and happy and most importantly; my friend felt the love. I would recommend Adam in a heartbeat!!”
Danielle B.

“Adam was amazing! He did a great job entertaining a small group of friends for my best friends birthday! Great job!”
Crystal T.

“Perfect and very well received with some good humor. Everything worked fine and the family loved that he could sing well and interacted with a personal touch. On a scale of 1 to 10 I think he should get a 12.”
- Ken B.


ABOUT ADAM BLOTNER:
Adam grew up in sunny San Diego where he attended the San Diego School of Creative and Performing Arts. He studied Film & TV at Boston University. He is the creator of Pop Filter, a musical comedy act that satirizes pop music with original songs and characters. Pop Filter has appeared in the Edinburgh Festival Fringe and New York International Fringe Festival, and has been recommended by the New York Times, New York Post, and New York Daily News. He has performed his 'fake bands' for audiences at Feinstein's/54 Below, LA Comedy Festival, NYC Comedy Week, NY Funny Songs Festival, Upright Citizens Brigade NY/LA, The Comedy Store, The Peoples Improv Theater, comedy clubs across the country, and rocked the STAPLES Center at an LA Kings Game. He has written, directed, and performed in viral videos that have appeared in the Huffington Post, Funny or Die, CAFE, Medium, and Broadway World, with over 14 million views. He was the voice of Barney the Dinosaur for several Barney toys. Adam has studied at The Groundlings, Second City Chicago, Upright Citizens Brigade NY/LA, and The Peoples Improv Theater. He collaborates with his wife, Writer/Performer Jenny Pinzari, as comedy duo Adam & Jenny.
(more)

I contacted Adam through The Bash and he was singing happy birthday on my friend’s doorstep in less than 2 hours! I was amazed at how quickly he was able to get there. He texted me when he arrived and sent me a selfie with my friend when he was done. You could see the smile on her face beaming through the photo. She was so thrilled to be serenaded by a cowboy on her birthday! Adam was a great performer, highly enthusiastic and a lot of fun. He was so easy to work with and very accommodating of my last minute requests. I would highly recommend him for all of your “singing telegram” needs!

Thank you so much for the very kind review! I'm so glad your friend enjoyed the surprise!

Thank you so much Suzie, it was my pleasure!

Excellent musician. Adam made my proposal very special! He came out to perform for us and was extra accommodating during unforeseen circumstances. Adam is a wonderful musician who will add significantly to any event. Thanks for all your hard work and great tunes!

Thank you so much, Lorelei! 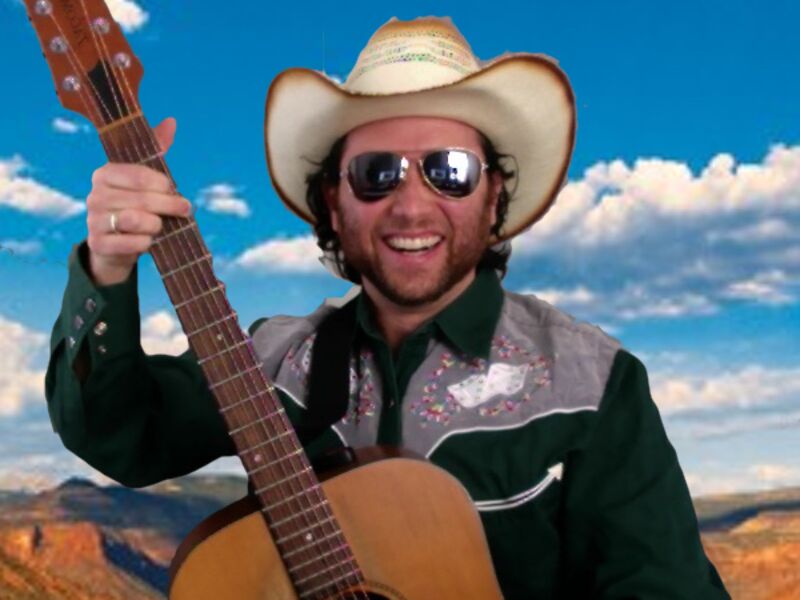 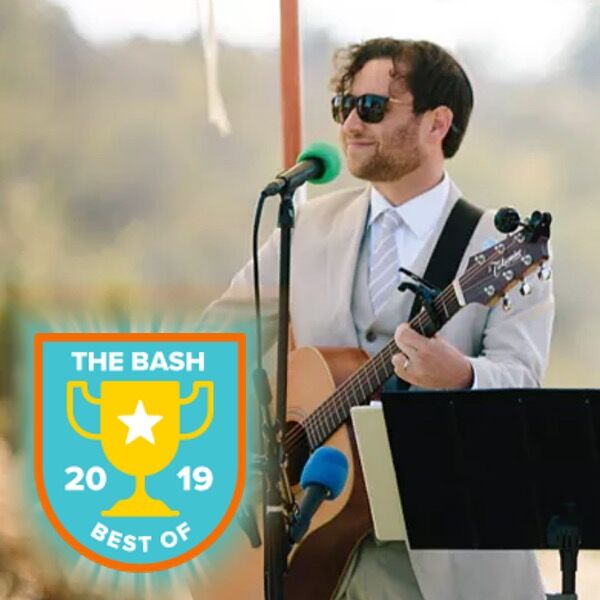 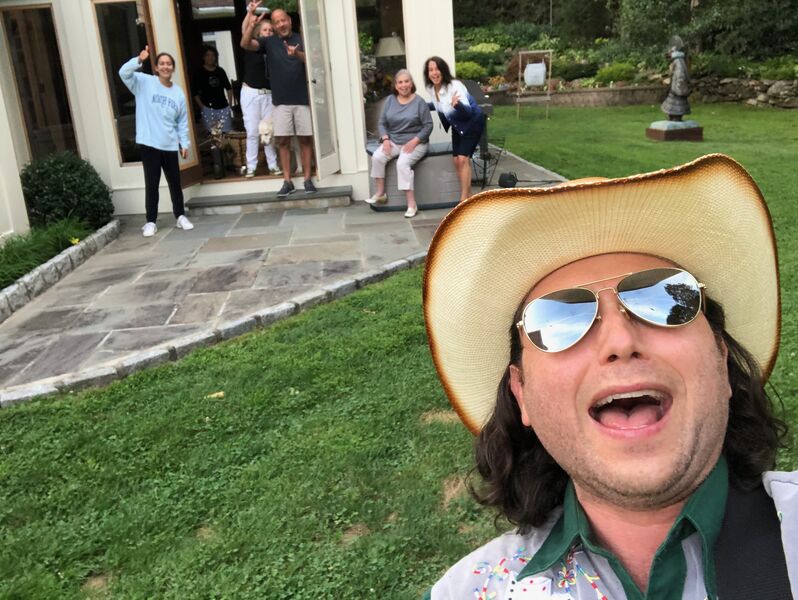 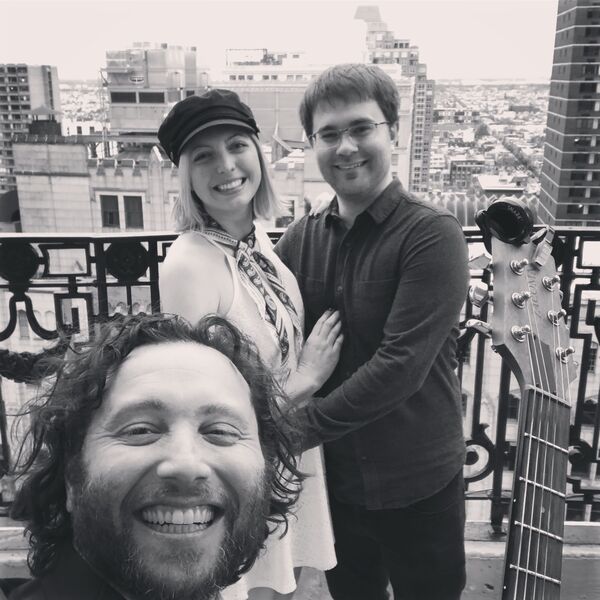 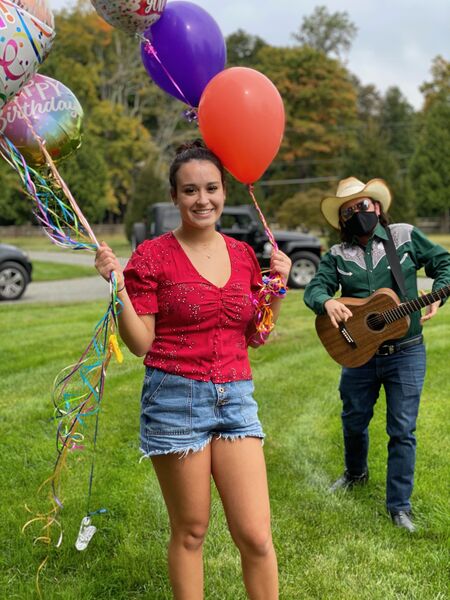 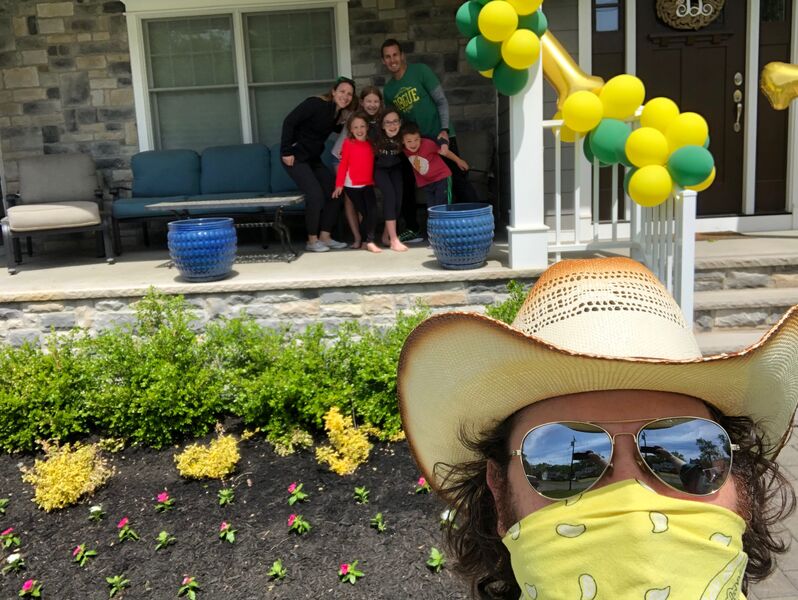 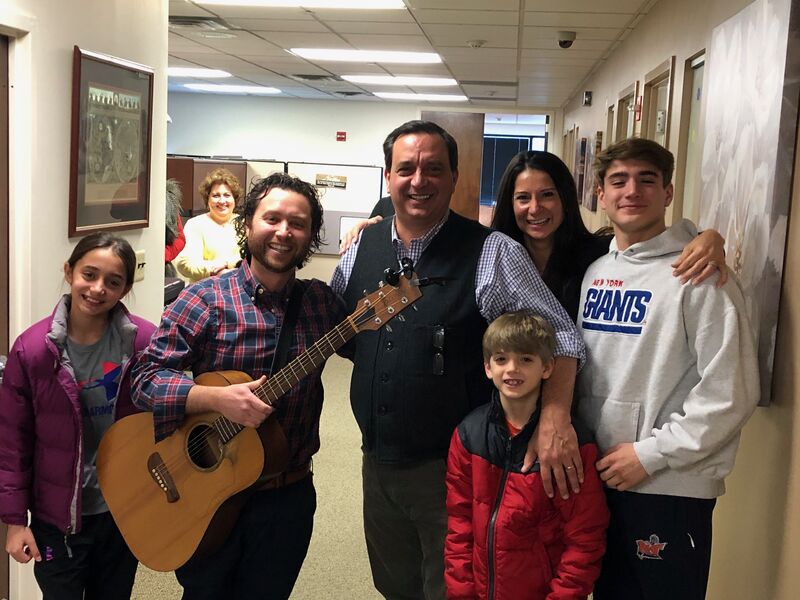 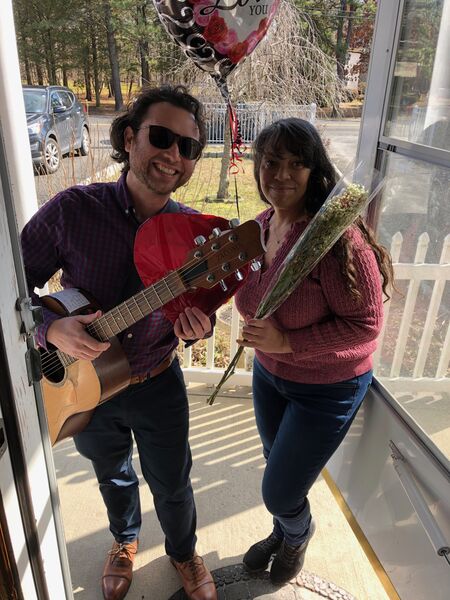 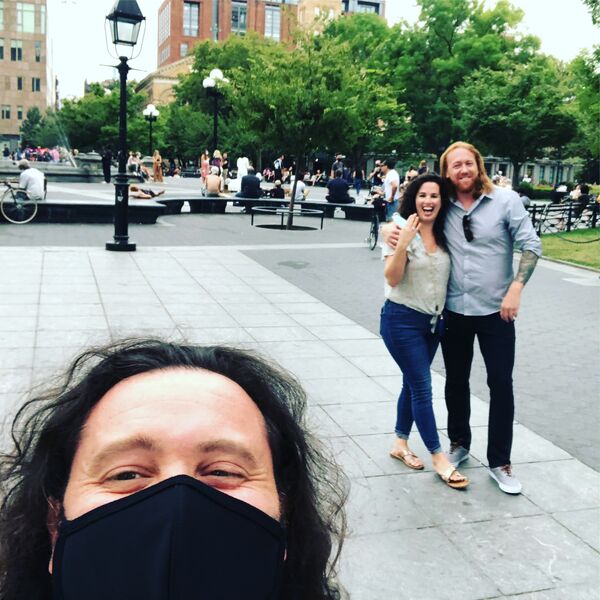 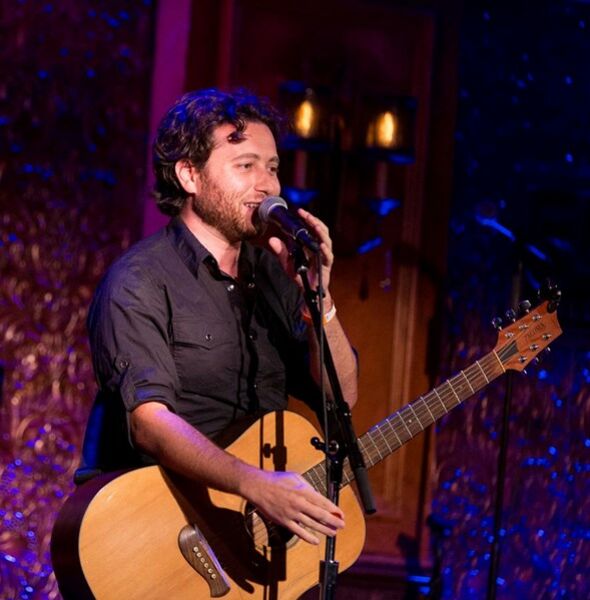