Celtic Bagpipes from Denver, CO - Will travel up to 3000 miles
81
149 VERIFIED BOOKINGS
MEMBER SINCE 2004
ACCEPTS ONLINE PAYMENTS
just booked!
$125 - $500 per event
ACCEPTS ONLINE PAYMENTS
VIRTUAL SERVICES OFFERED
Trained to play the bagpipes at the age of 9 years old in Angus County, Scotland by an international gold medal bagpiper, Scott Beach has over 30 years experience bagpiping, with over 10 years as a solo professional musician, and averaging 250 events annually. Scott grew up playing the bagpipes along the banks of the South Esk River, where his kilted grandfather would salmon guide for for the Earl of South Esk. Scott's father is a career US Navy man, and proud Irishman, and Scott performs both Irish and Scottish events. Grace your event with an authentic piper trained in the Old Country!


Scott Beach is a full-time, professional Celtic musician and entertainer and is as much an entertainer as a skilled piper. Scott also offers performances on the quiet smallpipes, as well as singing pub songs performed on guitar for cocktail hour and party events to compliment the pipes.


Scott has had the honor of performing solo for Royalty in Scotland (for the Dowager Countess Strathmore of Glamis Castle) as well as for members of the British Parliament. Scott has worked for years as an official Guinness Ambassador performing on the bagpipes as well as being the Guinness MC for Legacy Events throughout Colorado and Las Vegas in 2007 and 2008. Scott has performed "America the Beautiful" as a solo bagpiper on home plate of Coors Field prior to the start of a Colorado Rockies baseball game. Also featured and interviewed on Colorado and Company Channel 9 and the Peter Boyle radio show. Solo performances for Colorado Governors Bill Owens, Bill Ritter, and John Hickenlooper, US Senator Wayne Allard, for Claude Taittinger (of famed Taittinger Champagne), for the Colorado Avalanche, the Colorado Rockies, the Denver Broncos, with Joe Cocker and Malachy McCourt to name only a few and with appearances on over 8 CDs. Scott has performed at every annual Celtic festival in Colorado as a solo bagpiper on stage.


Grace your wedding with a skilled bagpiper, whether your ceremony takes place inside a chapel, church or historic building, or outside in the mountains, by a lake or rushing river, the Great Highland Bagpipes add a timeless beauty to any wedding ceremony. Scott performs for over 60 weddings annually throughout Colorado and surrounding states each year and has performed for over 500 weddings. Call Scott at , he would LOVE to talk to you about your upcoming wedding, and to help you arrange music for your guest arrivals, ceremony processional, unity candle/ reflective moment, recessional, leading guests from ceremony to cocktail hour music and entrance into the reception music, or for any combination of the above.


Add the bagpipes for a special birthday SURPRISE, as the piper starts in the distance, walking towards and ending at the birthday person. Scott will march in as a surprise, performing for the honored person a selection of favorite songs (from Irish Eyes are Smiling to Auld Lang Syne, and Amazing Grace) before playing 'Happy Birthday' on the bagpipes at the very end of the party - everyone joins in in singing Happy Birthday with the pipes! A CD gift is always given to the birthday person to remember the day by.


Grace your family's service with skilled piping at an affordable price, call Scott at and he can help you add a selection of beautiful tunes to your funeral service. With over 50 funeral services annually throughout Colorado and surrounding states, Scott Beach adds a soulful beauty to any service. Recently Scott performed at Arlington Cemetery in Virginia as a solo piper for a Chief Petty Officer, the family flew Scott to Washington DC to perform at the conclusion of the full military honors ceremony/ You can be assured that you are in good hands. Whether in a church, a formal cemetery service, a formal Military service, or a scattering of the ashes, Scott's pipes will add a soul lifting ambiance to your family's service.


Add the bagpipes to your event to make it special!


Add the sound of the bagpipes to your golf tournament and make the day a great day to remember for your golfers. Scott performs at the Boulder Country Club, Sanctuary, Fossil Trace, Pinery Golf Course, and Scott has performed at Carnoustie, St. Andrews and many other historic golfing spots throughout Scotland, Colorado, and the US.

Scott performs for schools in his continued commitment to help culturally educate the next generation about Scotland and Ireland. Having lived as a boy in Scotland, Scott entertains children with a fantastic slide show called "A Trip to Scotland or Ireland" performing on the small (quiet) bagpipes, he gets the children dancing and marching to the pipes - they love it.


Songs include: Over 200 songs

Scott Beach was the consummate professional. I received many compliments about his playing, and his suitable attire. Many of my relatives at my parents interment raved about the "bagpiper" and just how well he played and "looked the part." Scott was absolutely reliable throughout. He arrived early, stayed after the service until the most of the attendees had left, and had very kind remarks to me and my family about my loss. I visited family after the event and they were still talking about Scott Beach and how much he added to the dignity and overall unique and special quality of the internment of my parents.

Scott did an awesome job playing at my wedding. His communication before the event made me feel confident that everything would go smoothly. In the end, my guests thought it was truly an amazing addition to the ceremony. I would recommend Scott to play at any event.

Perfect in every way! Scott looked absolutely great from head to toe and was as pleasant as he could be. He's just wonderful to look at and has a friendly, comfortable, easy personality....someone with whom I would want to be friends. He fit into our Memorial Celebration ideally and played each of the three pieces of music that he was asked to play in the most beautiful way I could possibly imagine. He was unassuming, standing out when it was his place and time and slipping back into the background when that was the appropriate thing to do. All-in-all, I can't wait for another event for which we can receive yet another fantastic performance from Scott!! 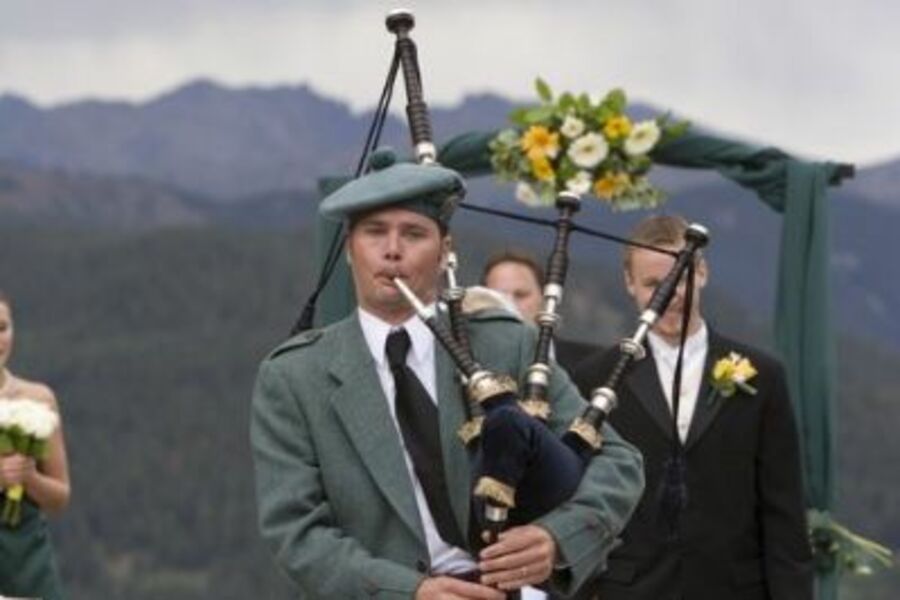 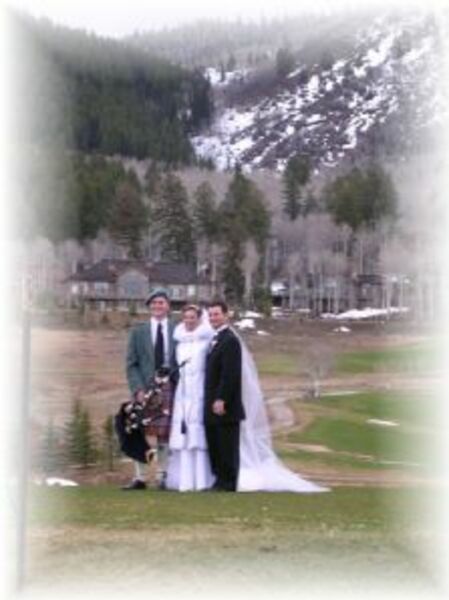 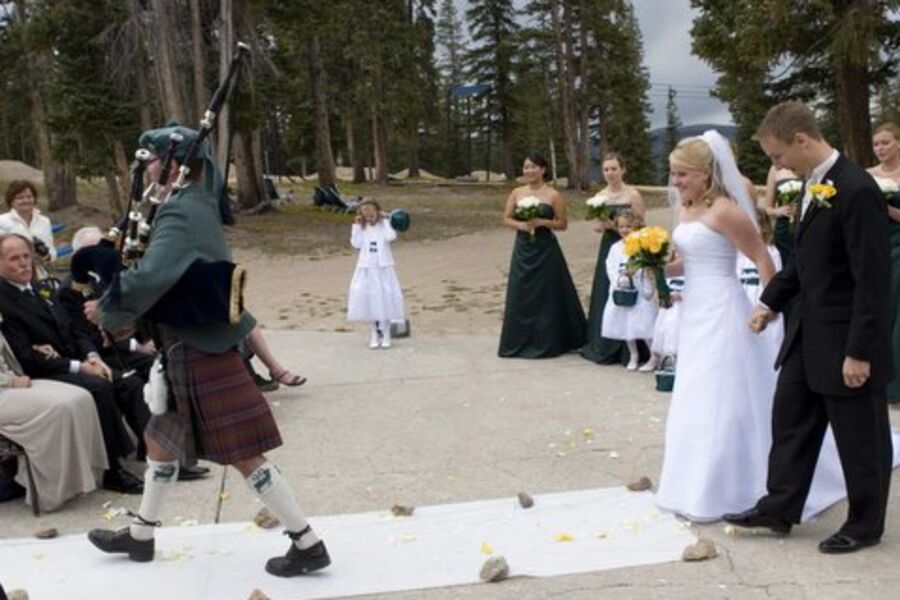 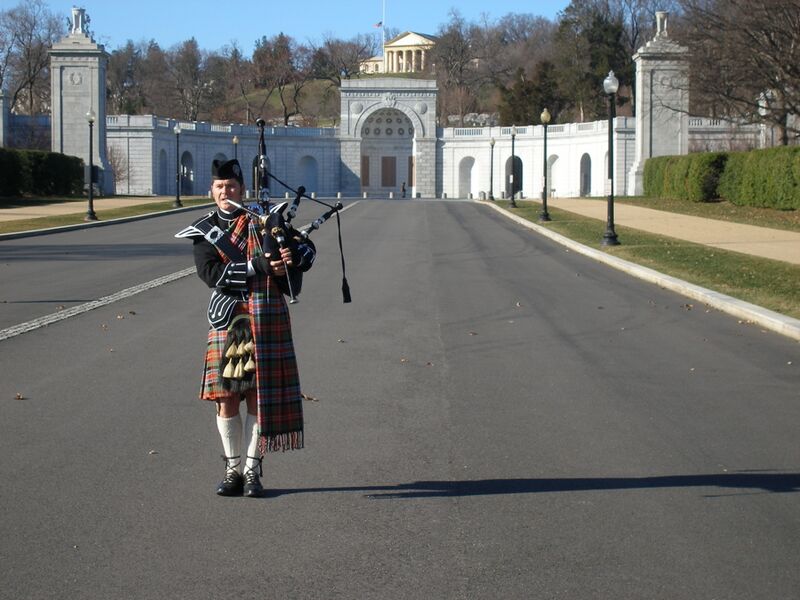 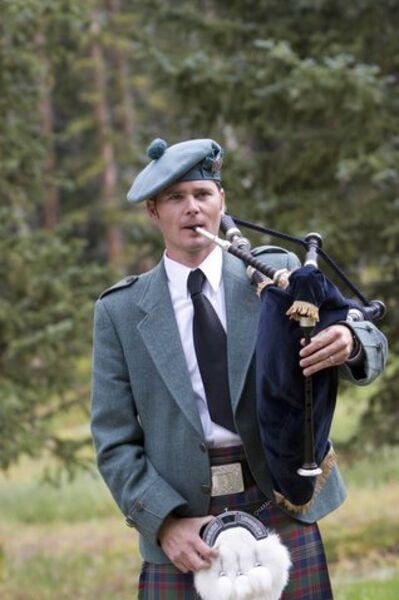 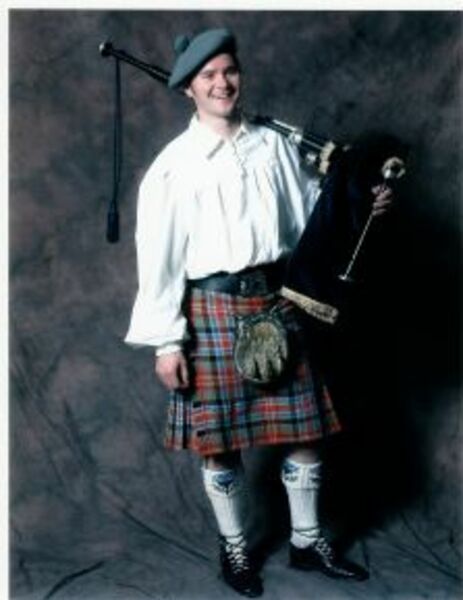 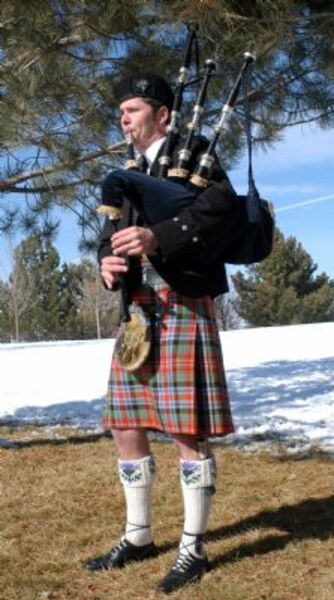 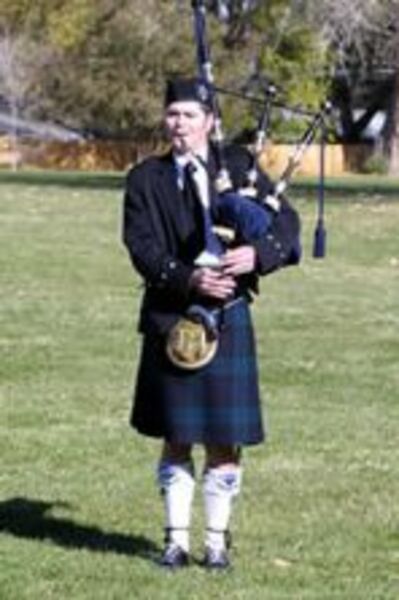 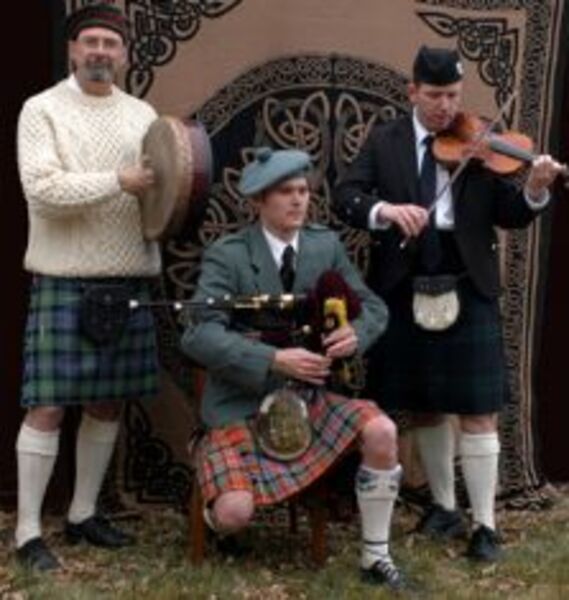 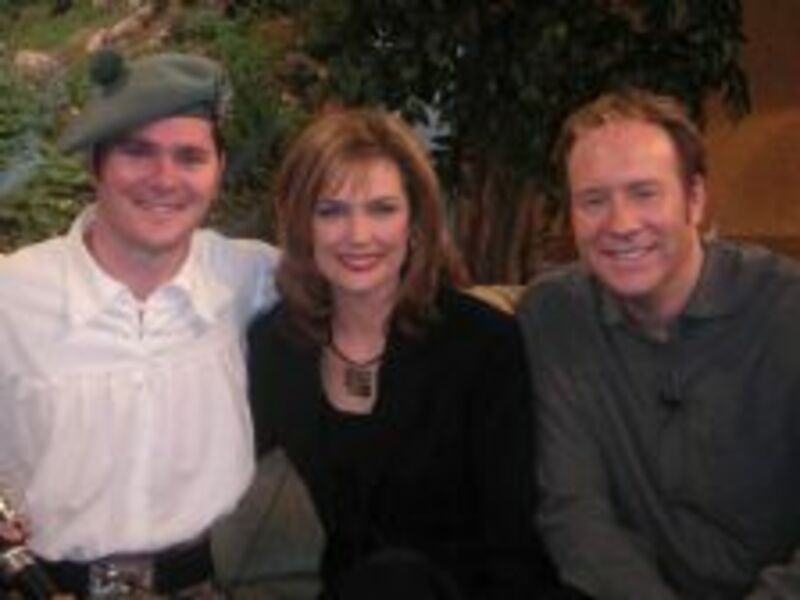 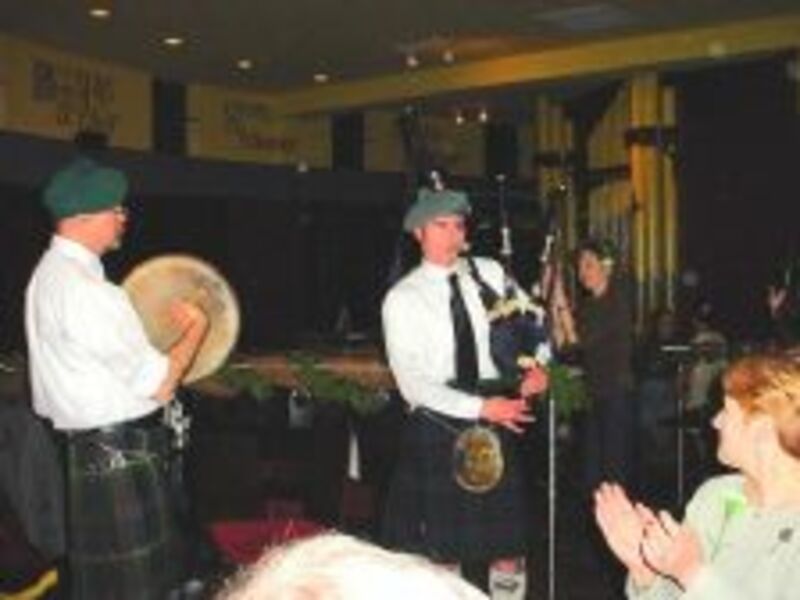 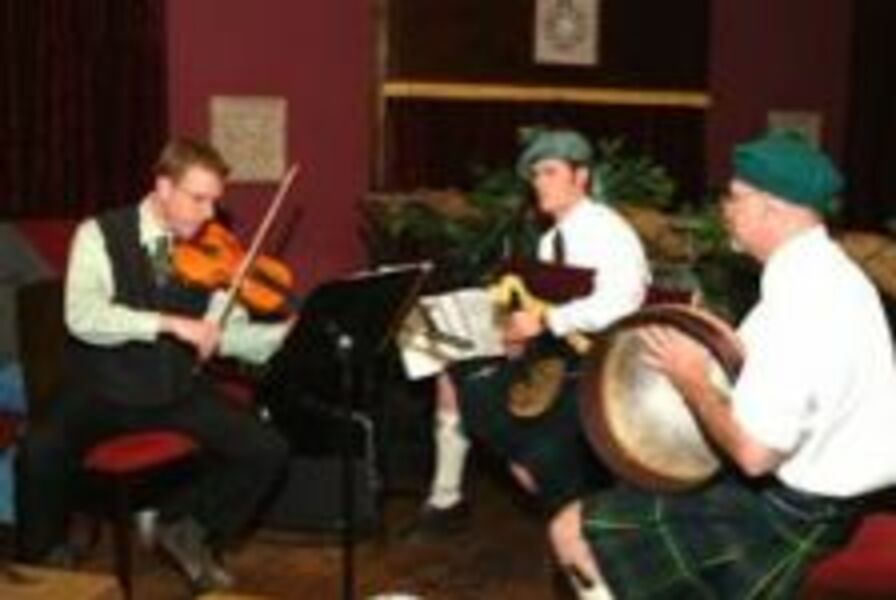 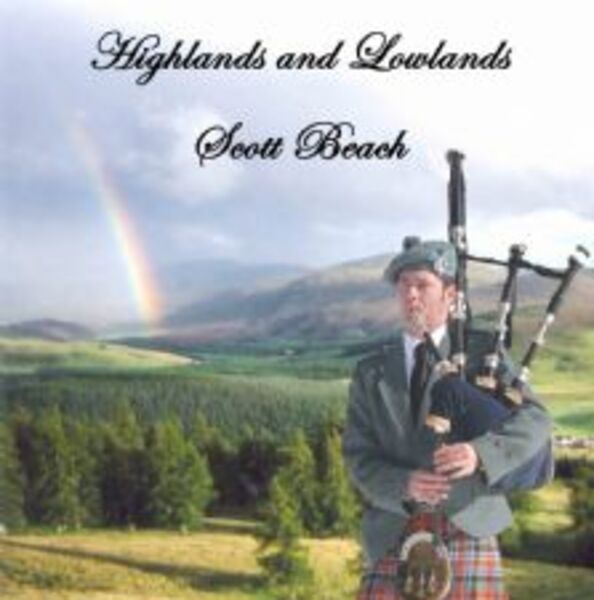