7
16 VERIFIED BOOKINGS
MEMBER SINCE 2009
$850 - $4000 per event
Bring excitement and enthusiasm to your next event by hiring the best President Obama impersonator, lookalike and comedian to make an unexpected appearance emphasizing your event theme and purpose.

The honorees and attendees will be surprised; and thrilled, while sitting on the edge of their chairs having a good time at your event no matter which side of the political fence they are on.

What are your needs and desires? Perhaps he can help you! Michael Bryant aka Barack Alike, can help you achieve your event and entertainment goals by impersonating President Barack Obama in a respectful and dignified manner.

What are your entertainment goals? Let's communicate and plan your upcoming event. Contact him now so that he can help you.

The benefits of hiring him are:

* You achieve your entertainment goals.
* His appearance can be personalized and tailored.
* As soon as you hire him you can concentrate on what you do best.
* Your honoree and attendees will not forget how good they felt having attended your event.
* Your event made an impression that is positive for moral and future business.


If you are looking for an entertainer for a holiday party or special occasion let Barack Alike Mike help you with your concerns. Get in touch to see what he can do for you…

Hot topics can be discussed i.e. growing the economy, taxes, Obama Care, Government Shutdown, The Debt Ceiling, The Sequester and how it may affect your life in a humorous way.

Are you planning entertainment for a trade show, conference, individual, wedding or banquet? This celebrity lookalike and impersonator would be a huge hit at your event.

As a near mirror image of the President, Barack Alike's photos do not disappoint. He is often told he looks more like the President in person than he does in his photographs.

Barack Alike has made more than 150 appearances impersonating the President for many special occasions, events, meetings, birthdays, award ceremonies. He roasts individuals, awards CEOs and upper management for their accomplishments in corporations of all sizes i.e. Microsoft, Union Bank and the etc…since 2009.

Barack-alike, has walked the Red Carpet in Las Vegas & Orlando and has made television appearances i.e. CBS Sunday Morning with Bill Geist, Fox TV Orlando Morning Show, Travel Channel's - Extreme Conventions, ESPN, CBS San Francisco as well as Good Day Sacramento. Many have said that he had an important part in the documentary - "Almost Famous".

Prior to impersonating the President, Michael Bryant worked as and still is a freelance Electron Microscopist (Scientist).

His goal is for you and your attendees to have a positive and unforgettable experience. This is what a client said regarding having hired him:

Michael aka "Barack-Alike" was a pleasure to deal with and is extremely professional. He has a strong resemblance to the real Commander in Chief and plays the part well. Despite the short notice for the booking, he was very prepared and did a great job in personalizing his presentation/comments for the event which was an 80th birthday celebration for my mother who thoroughly enjoyed herself as did the other guests in attendance. Thank you Mr. President for a memorable evening! Robert, Palos Verdes Estates, CA


Barack Alike will travel locally, nationally,and globally for your event. If your looking for individual group or corporate entertainment in the San Francisco area, San Jose, Silicon Valley, Napa Valley he is only minutes away. He is a rare entertainer who has the passion and enthusiasm that the President has.

Reasonable airfares and package deals if necessary can be found from carries i.e. Southwest, Jet Blue and Virgin America Airlines. Looking forward to working with you.
(more)

I hired Michael Bryant for my uncle's 70th birthday party, who is a staunch Repulican. After I spoke with Michael over the phone, I knew he would be very accomodating. He really took the time to ask questions & get to know my uncle in order to make it a fun roast. To this day, my aunt and uncle are still talking about Barack Obama showing up to the party. My Uncle Paul couldn't have been more happy. My aunt told me he said he felt very special. Michael is the most professional & responsive person I have dealt with in a long time. I wish everyone in business was like Michael! His pleasant demeanor & willingness to please was much appreciated.

I hired Michael Bryant to be our “special guest” for my husband's birthday. Nobody in the party knows about the “special guest” so just imagine their faces when they saw Mr. President walk in. Everybody came frantic! They were cheering, clapping and some were just totally speechless! Michael looked, dressed, walked and talked so much like President Obama!!! Michael prepared a personalized birthday speech and made his appearance even more special! My husband was blown away-everybody was! Michael’s appearance was the highlight of the party and we had so much fun. The experience brought out the kid in us. People still can’t stop talking about it. He was a sure hit! 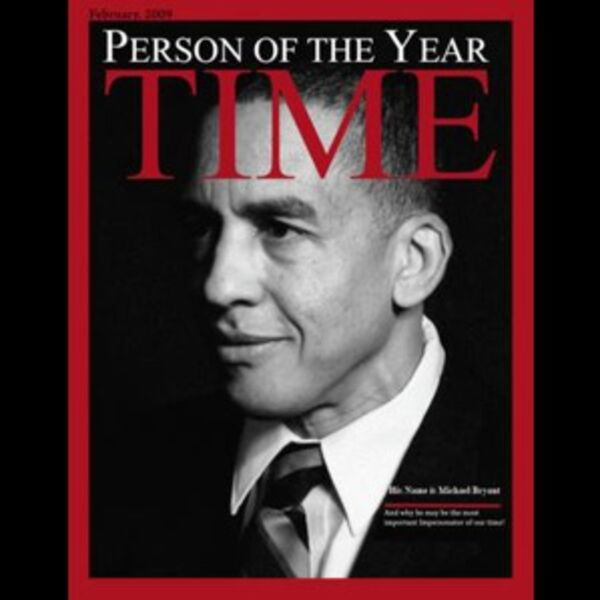 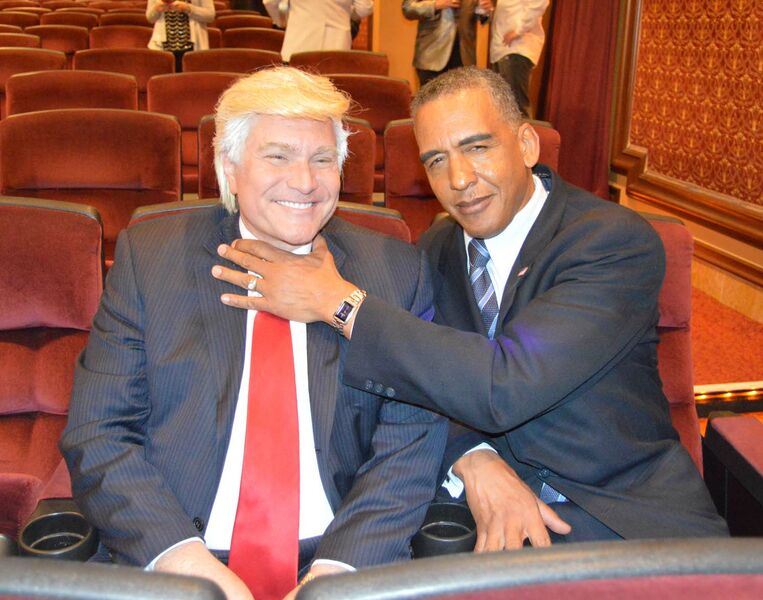 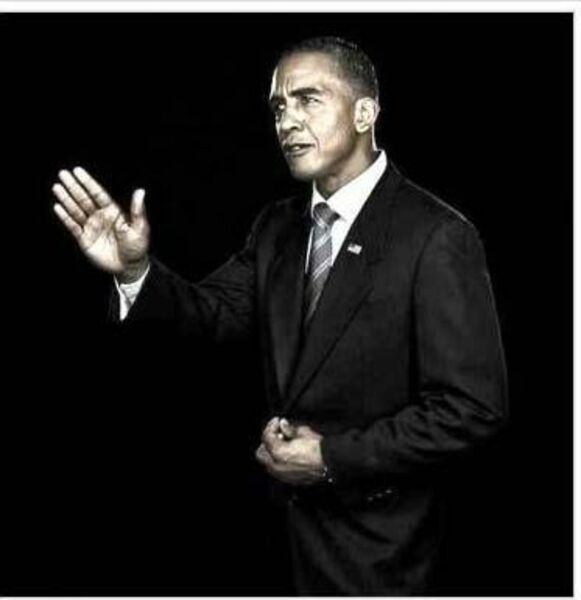 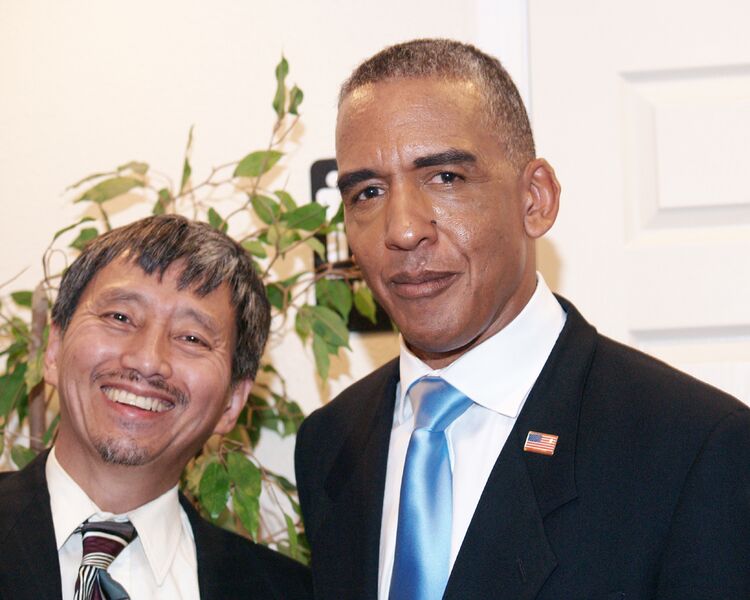 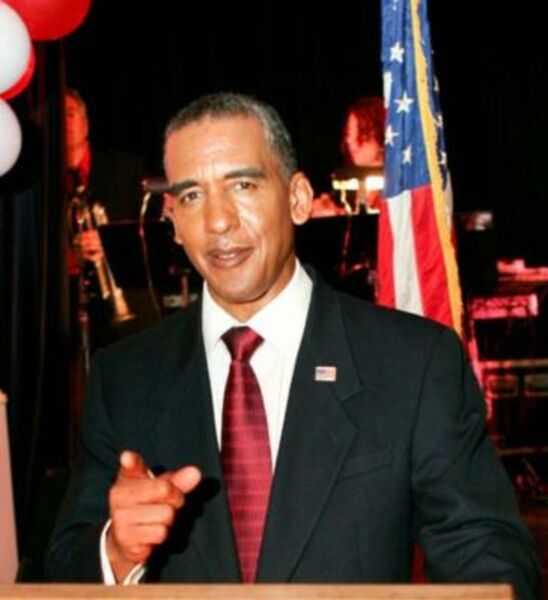 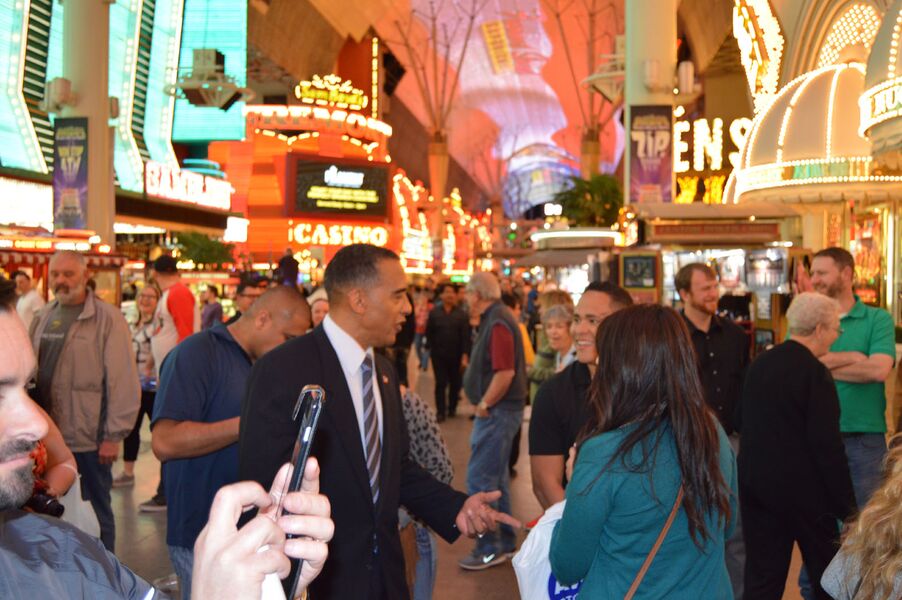 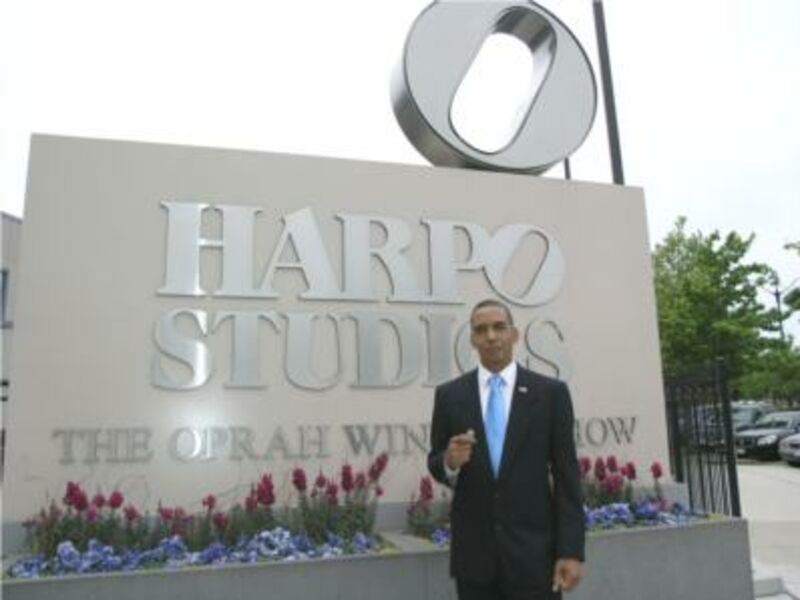 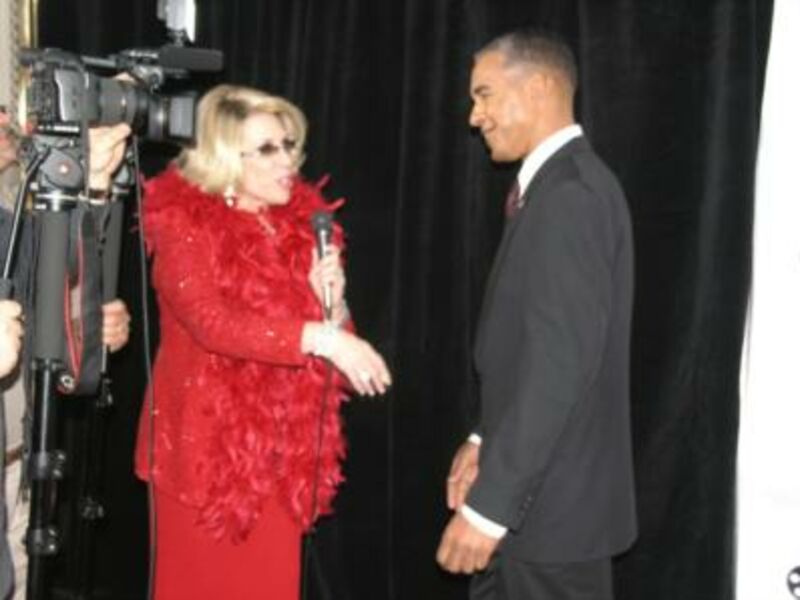 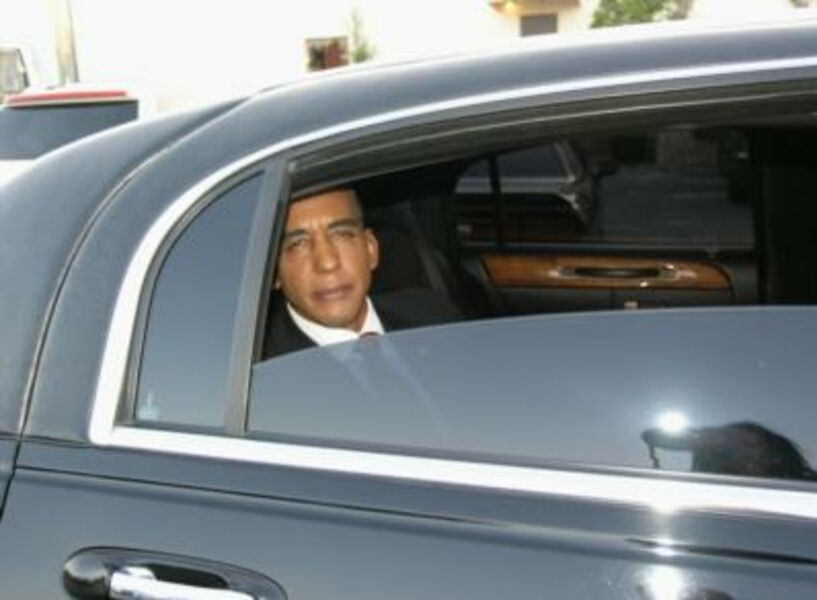 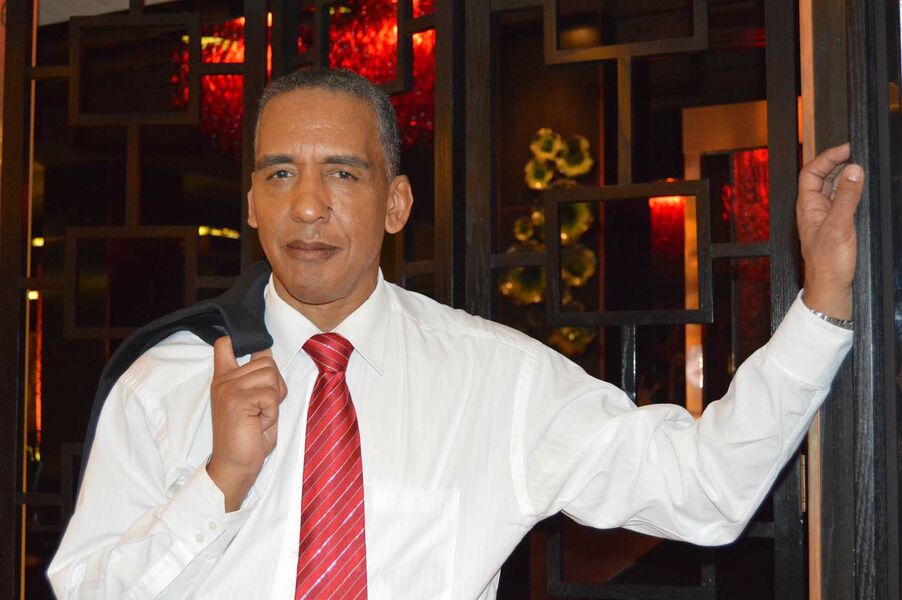 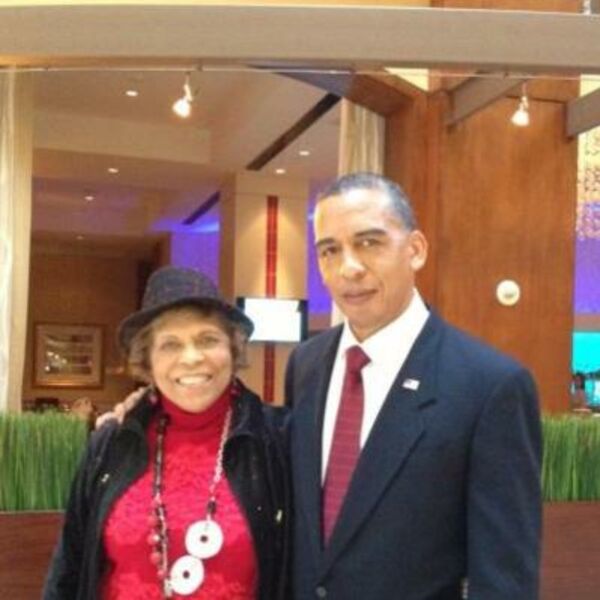 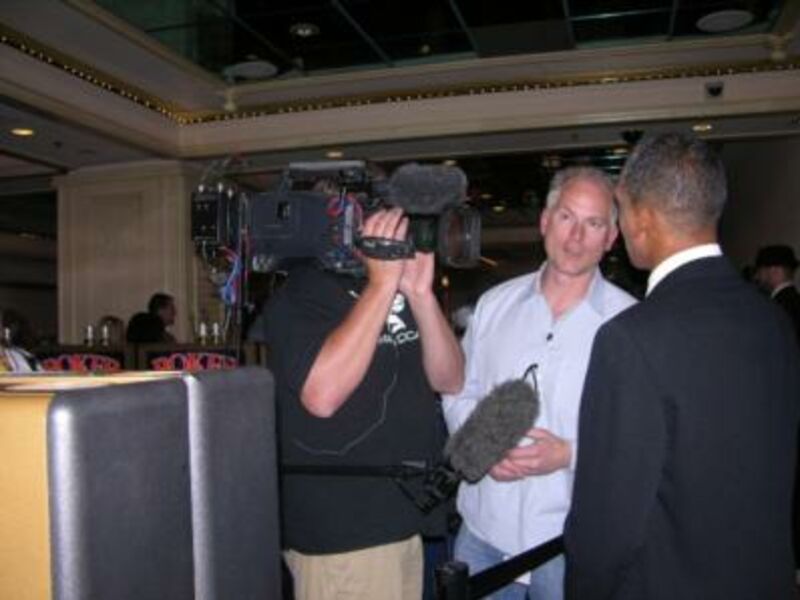 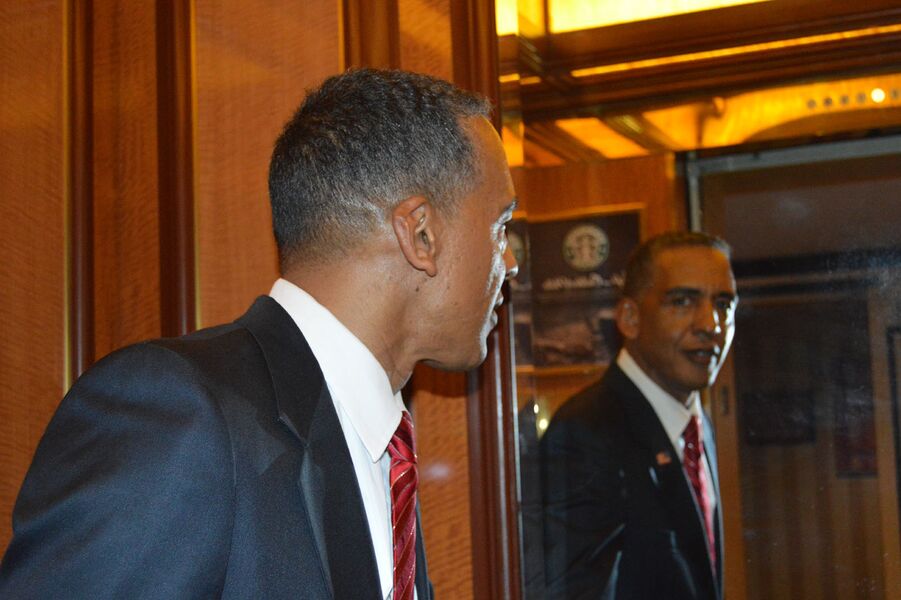 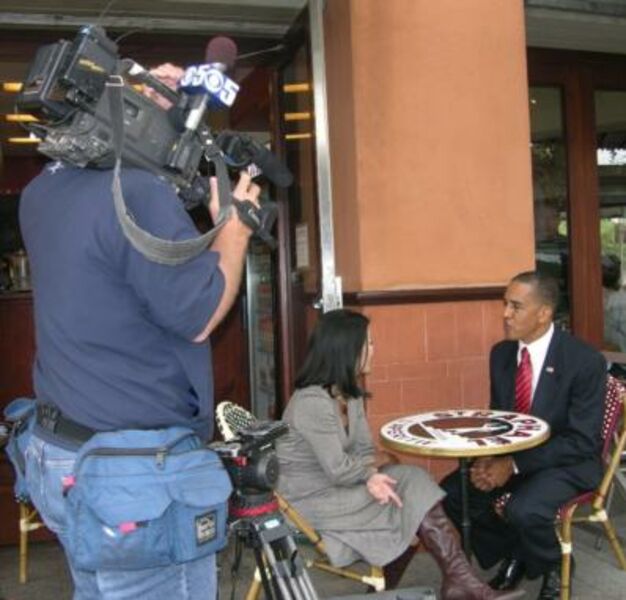 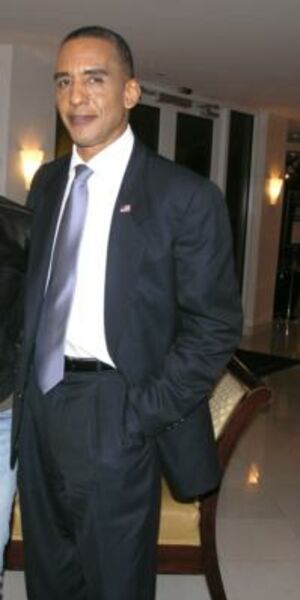 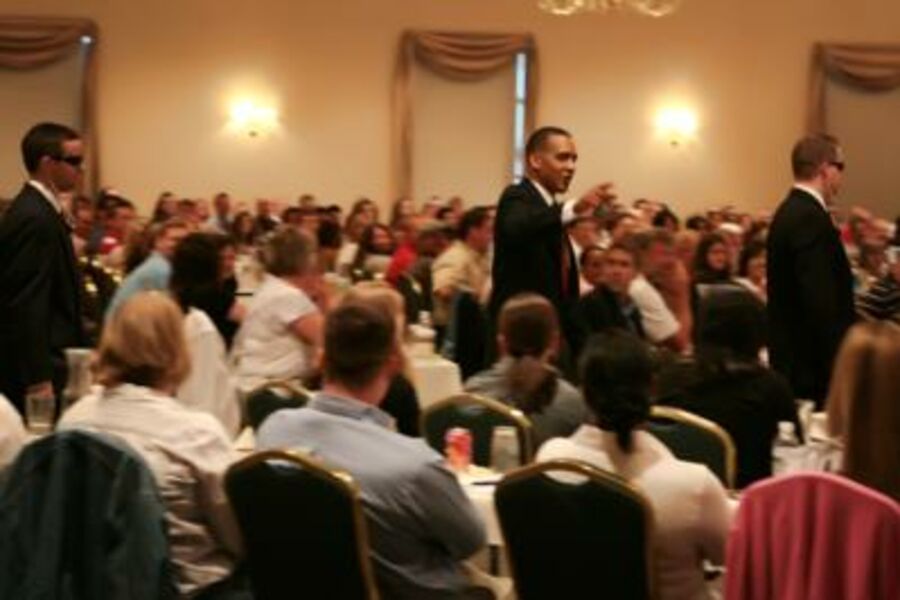 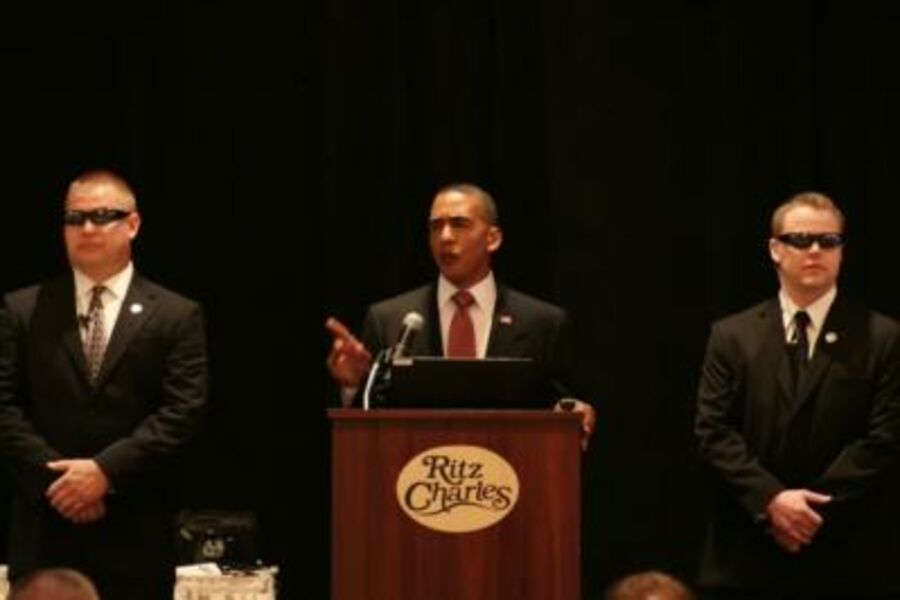 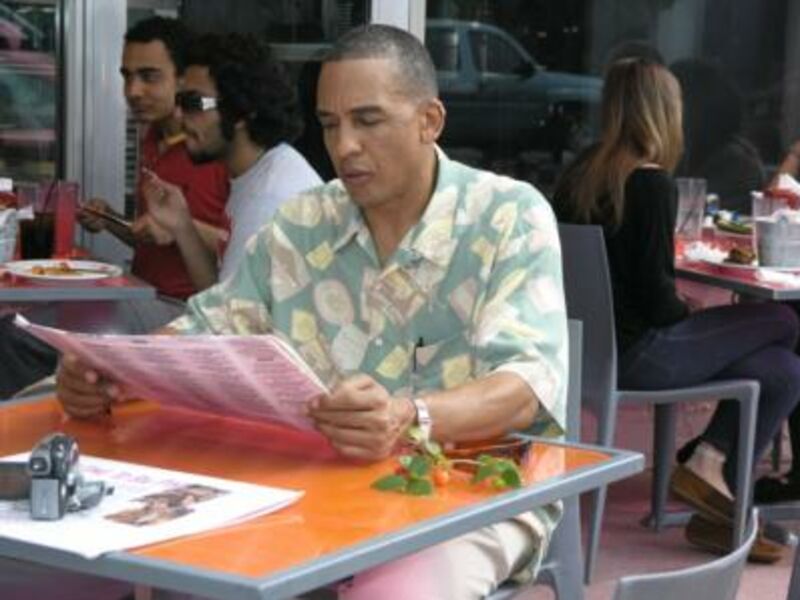 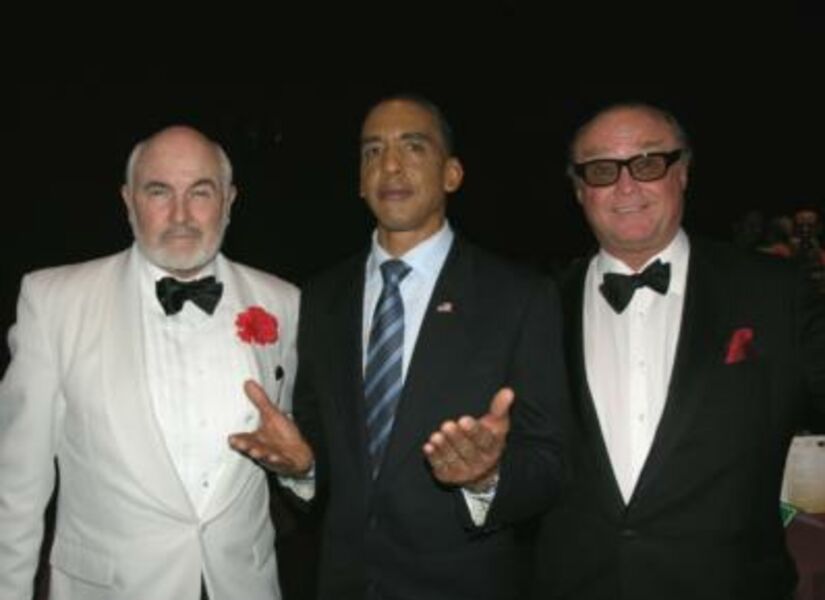 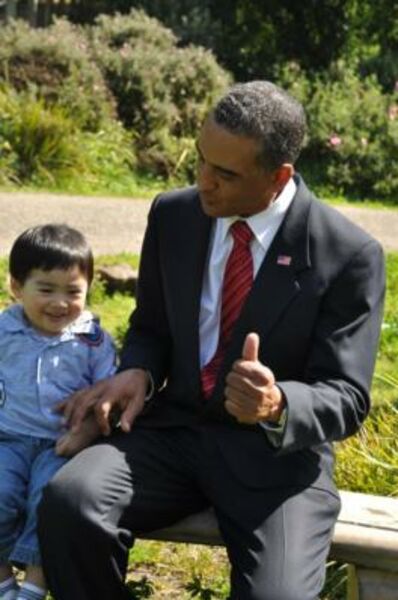 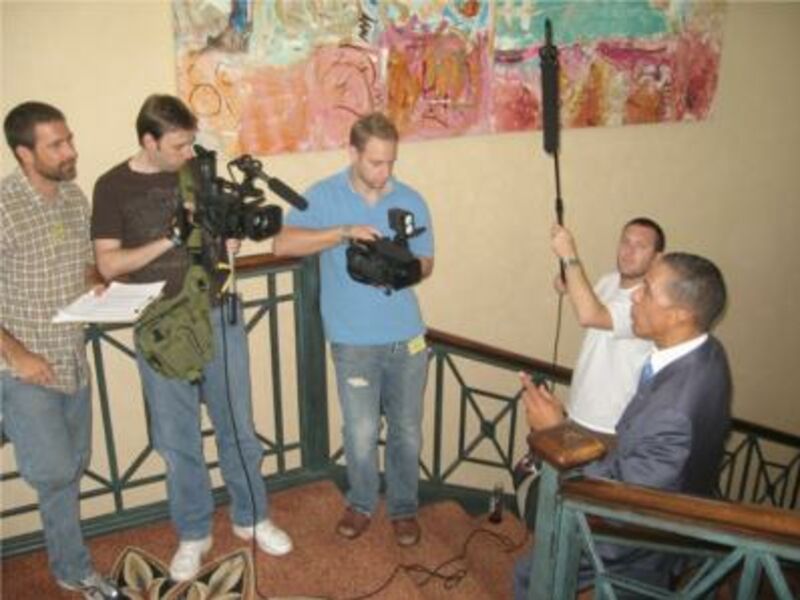 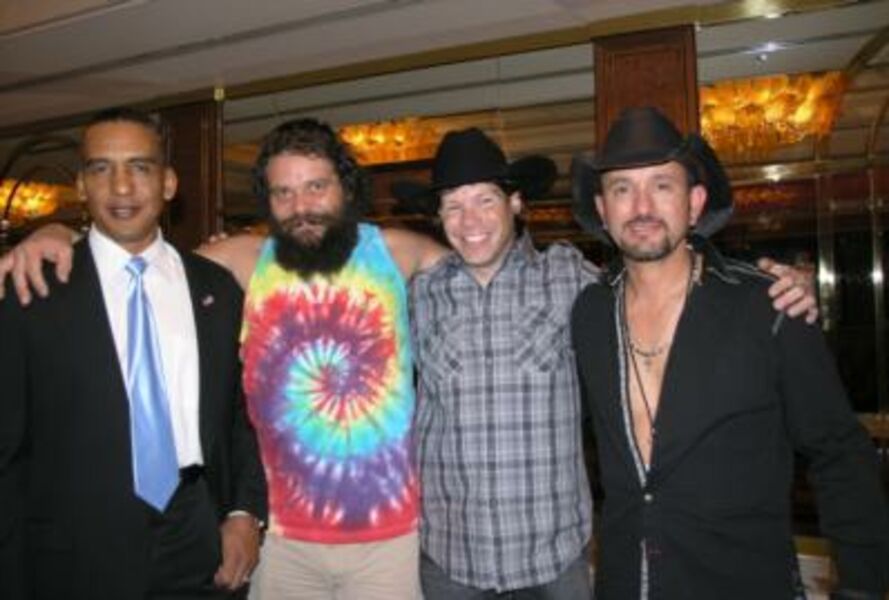 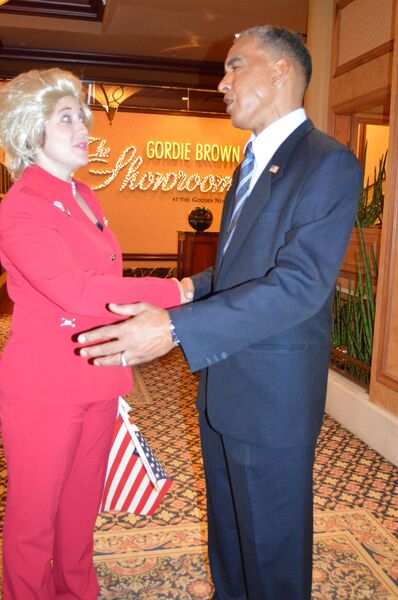 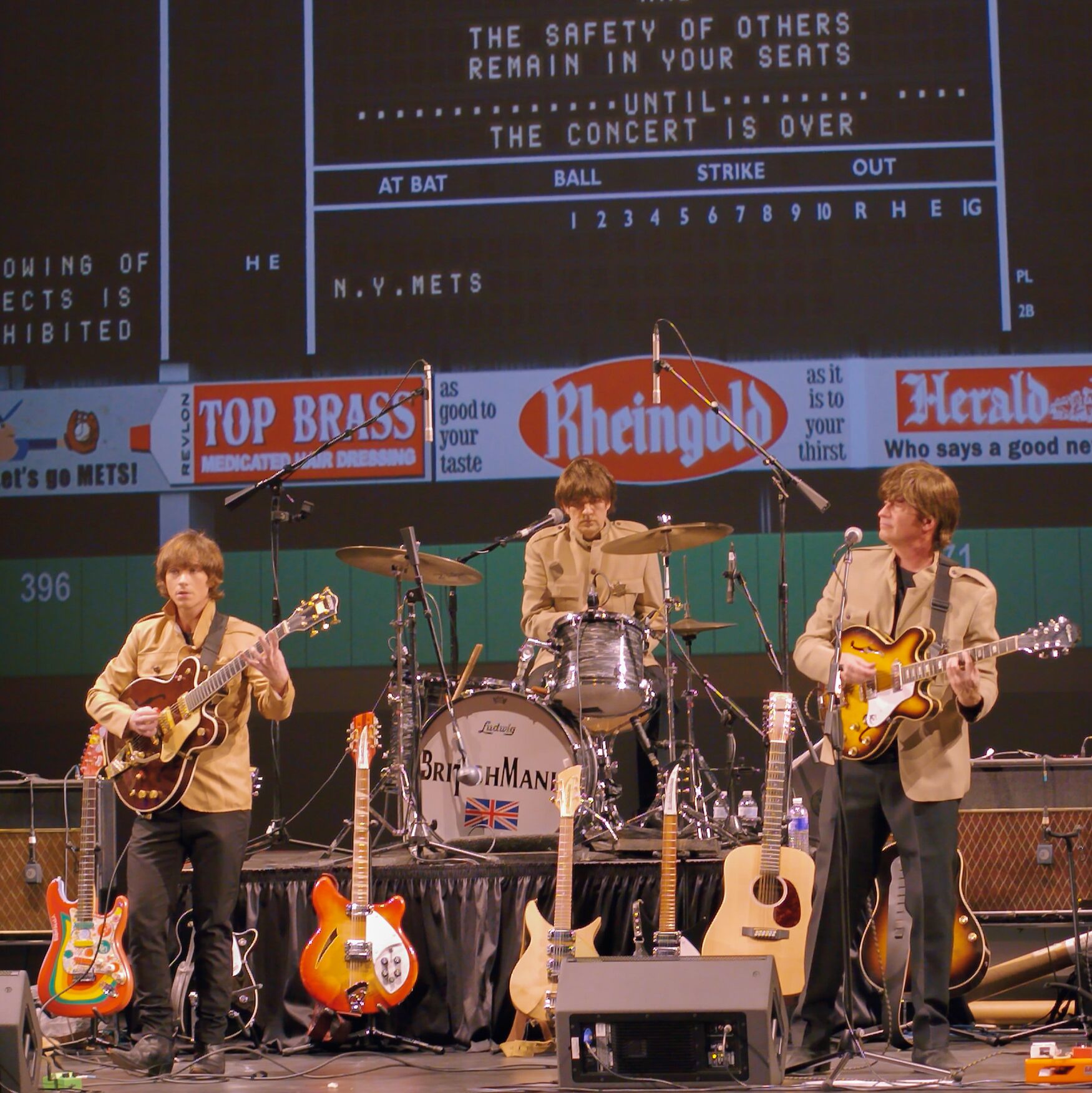 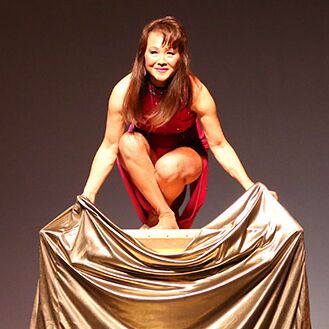 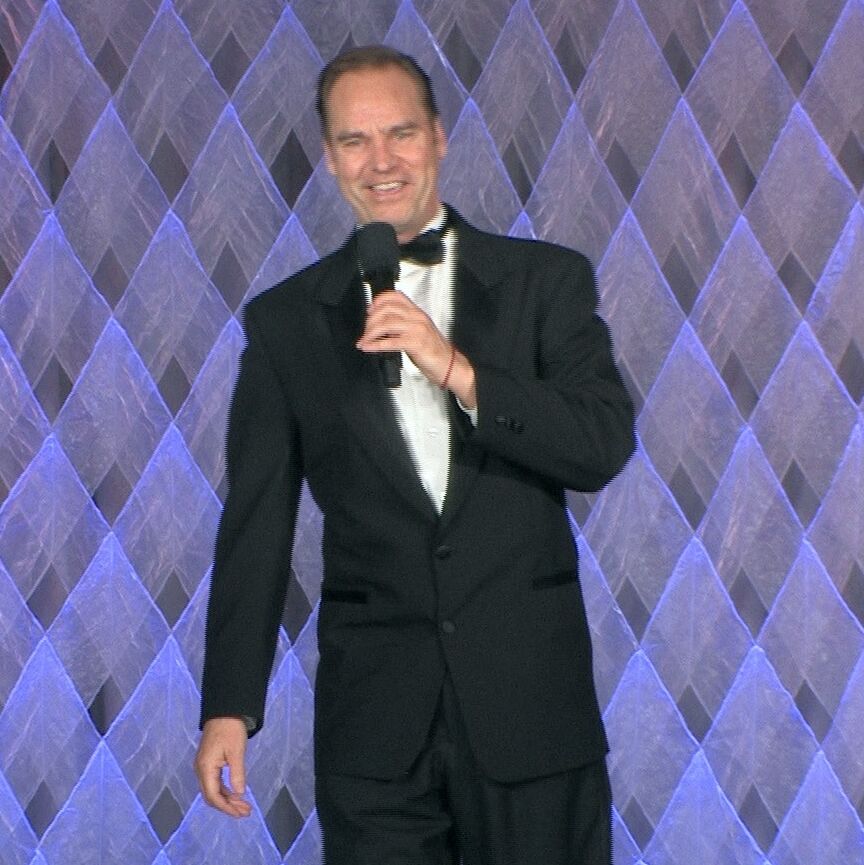