Darrell is a member of Celtic/World band Silent Planet and also performs as a guest artist with various bands and ensembles such as The Chieftains, The Hollywood Bowl Orchestra, and the Blue Man Group. Darrell is currently a member of the Prince Charles Pipe Band of San Francisco and has previously competed with competition bands in every grade. In the entertainment industry, Darrell has recently has been featured by Lee Whittaker, KC and the Wright Combination, and Robbie Bray and also been in filmings for Capitol Records, Amazon Studios, Budweiser, CBS, E!, and TLC.

Experience the majestic sound, romance, and pageantry of military bagpipe and drum bands or the toe tapping melodies and dances of a Celtic pub band. Darrell is very versatile in that he plays the Great Highland Bagpipes (aka Irish warpipe), Scottish smallpipes, as well as low whistle and penny whistle. He is available for any private or public performance as a soloist or with one of his ensembles. To make your event truly unique and special have a piper/drummer duet, complete bagpipe band, or Celtic/World band Silent Planet. Irish and Scottish dancers are also available on request! Prices are reasonable, especially considering Darrell only works with dedicated artists, not home town amateurs and is a proud member of the American Federation of Musicians. Just because someone has played for 30 years does not mean that they play well at all!

The obsession with making music started for Darrell at age nine when he first learned violin at school. During middle school and high school he performed with the Citrus College Summer Youth Orchestra and Claremont Youth Orchestra. Inspired by Riverdance and Michael Flatley's Lord of the Dance, Darrell became interested in Celtic music. While in 8th grade, Darrell began to learn how to play the pipes with the Glendora High School Pipe Band, receiving formal instruction from Jeffrey Henderson and Colin Armstrong. During senior year of high school, began attending Citrus College to study music theory and performance. At Citrus College he began to learn baritone saxophone and performed in various school groups, including the Sierra Wind Symphony, big band, and Latin (salsa and cumbia) ensemble. Darrell transferred to the University of La Verne and earned his Bachelors Degree in Music. These musical foundations in combination with tutelage of master pipers Murray Henderson, Ian Whitelaw, and Seumas Coyne have gifted Darrell with extensive experience in western classical music with specialization in the Celtic genre. For over a decade Darrell has been a professional music educator, instructing and mentoring numerous competition and performance bands, and scores of individual students, many of whom have grown to become successful musicians.

Darrell Calvillo is an outstanding bagpiper who made this booking so easy! We needed a bagpiper for a funeral of our dear friend's father. Darrell was the first to respond AND by phone. He began our conversation by extending his condolences. He was so personal, professional, and kind--exuding warmth and humor. While others responded later via email, we knew Darrell was OUR bagpiper! He made the planning SO easy. He readily responded by phone and arrived beautifully dressed in his formal kilt. He led the procession with class and dignity playing Amazing Grace and later Danny Boy. It was live-streamed to Ireland and they were also very impressed! Thank you, Darrell.

Darrell did an excellent job at my daughter's wedding! All of the guests absolutely raved about him and his group of pipers and drummers - it MADE the entire wedding experience extraordinary! I highly recommend Darrell - he was very responsive to my phone calls and emails, he worked well with the surprise element for the groom, and his music was literally awesome!

Darrell is AMAZING! Our St. Patrick's Day party included over 150 guests ranging in age from 2-82. We weren't sure how the kids would react to Darrell's surprise performance which started as he marched down the street. Well - Darrell quickly became the pied piper. He was surrounded by kids doing the jig and forming a circle line dance around him. Darrell took it all in stride. His performance was top-notch, entertaining and memorable. I would highly recommend him and look forward to working with him again. THANK YOU! 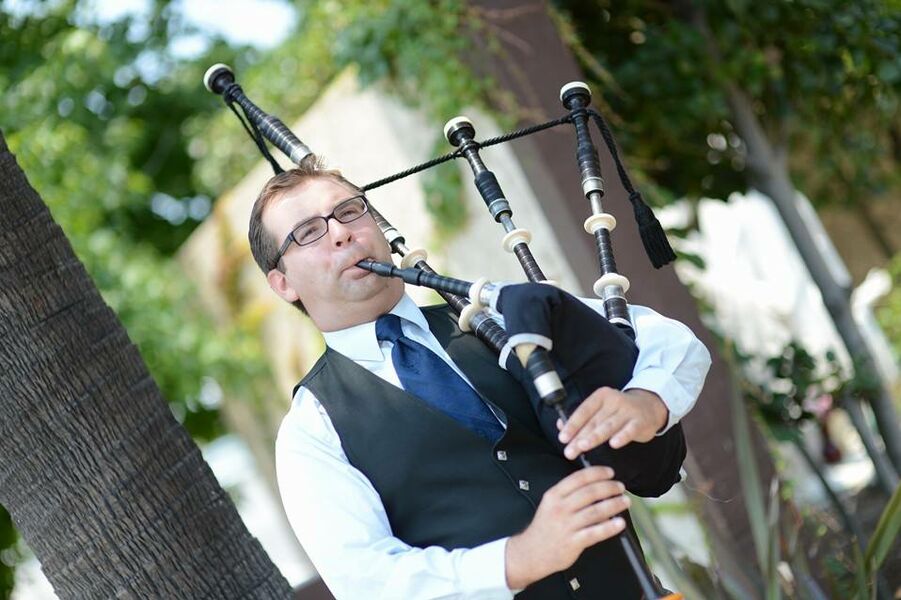 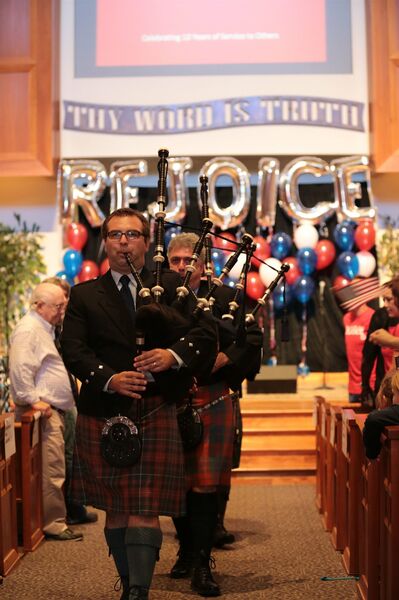 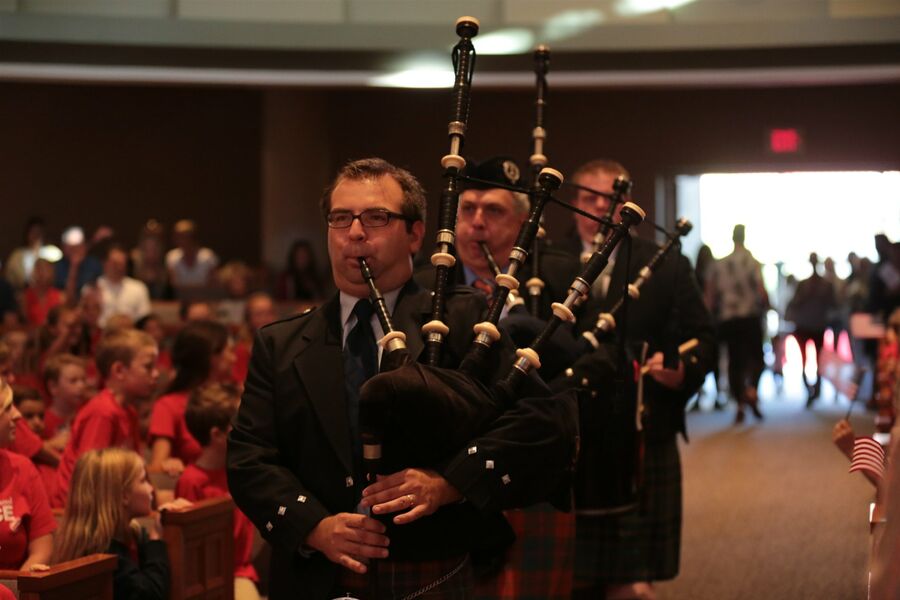 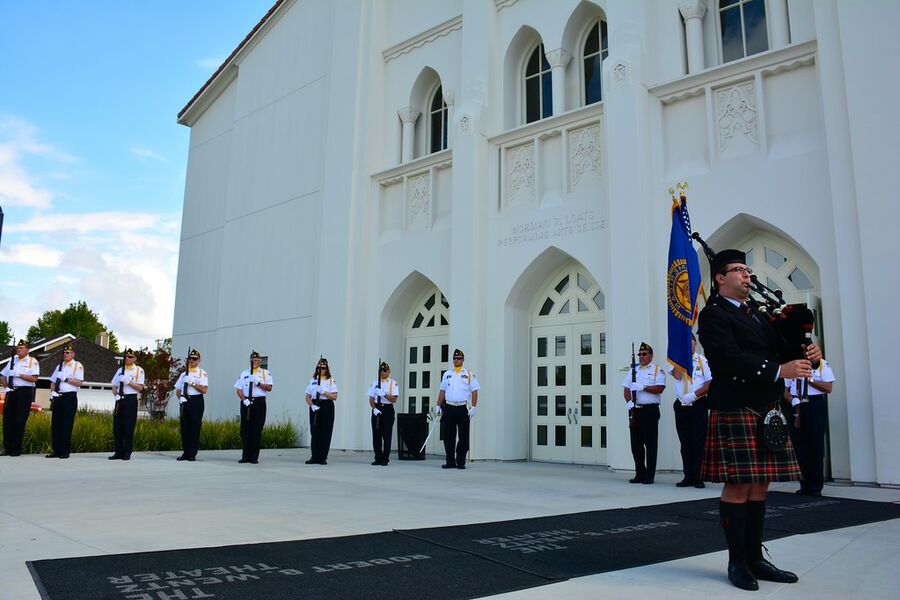 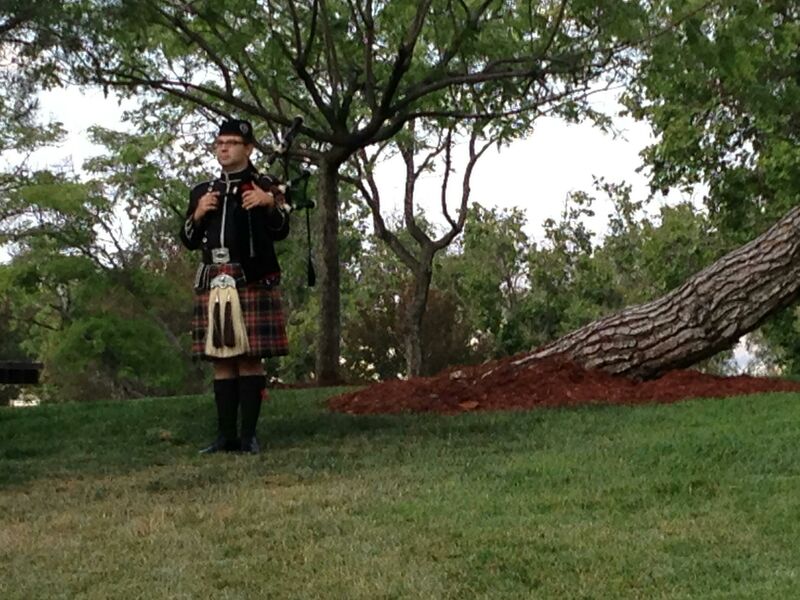 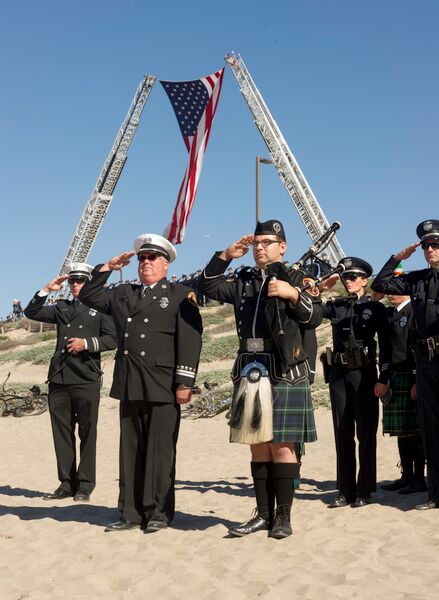 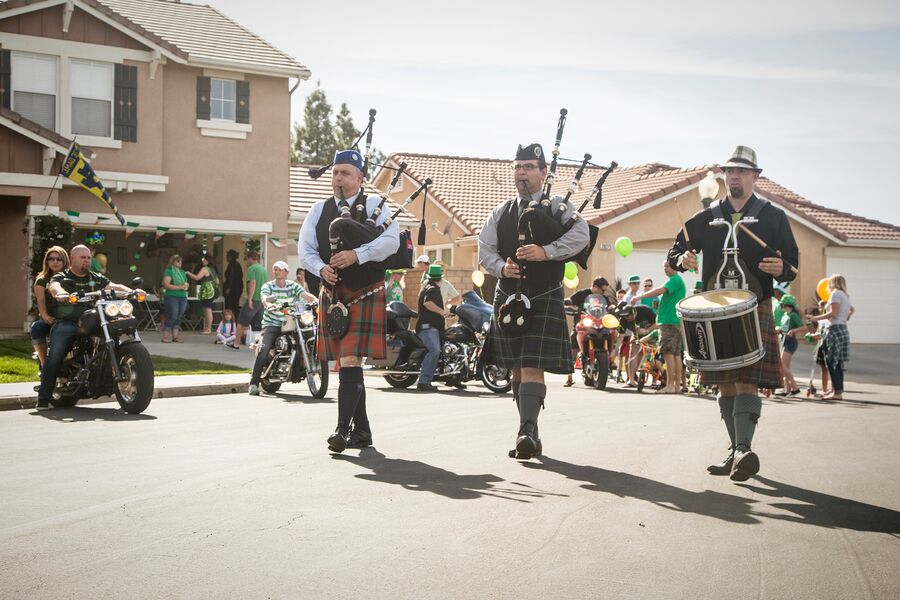 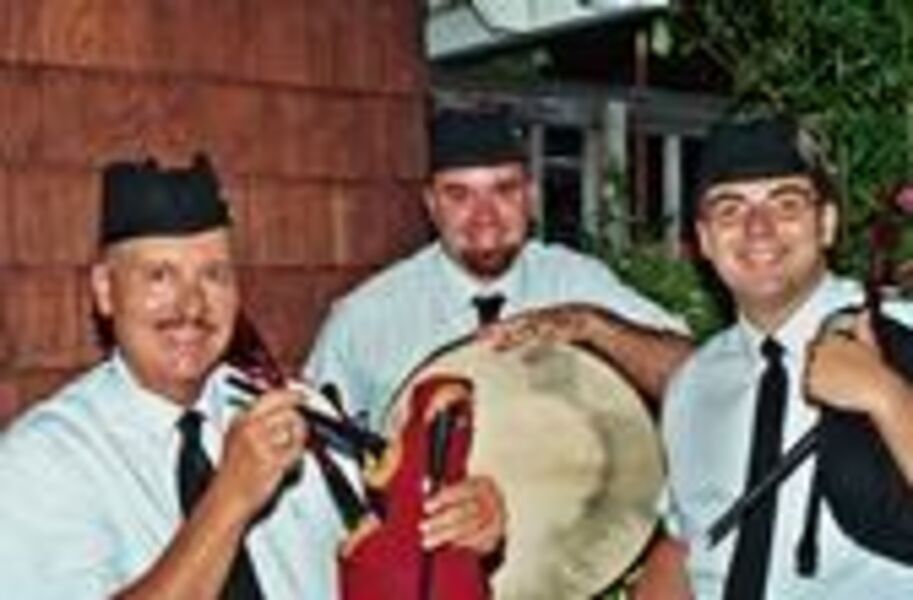 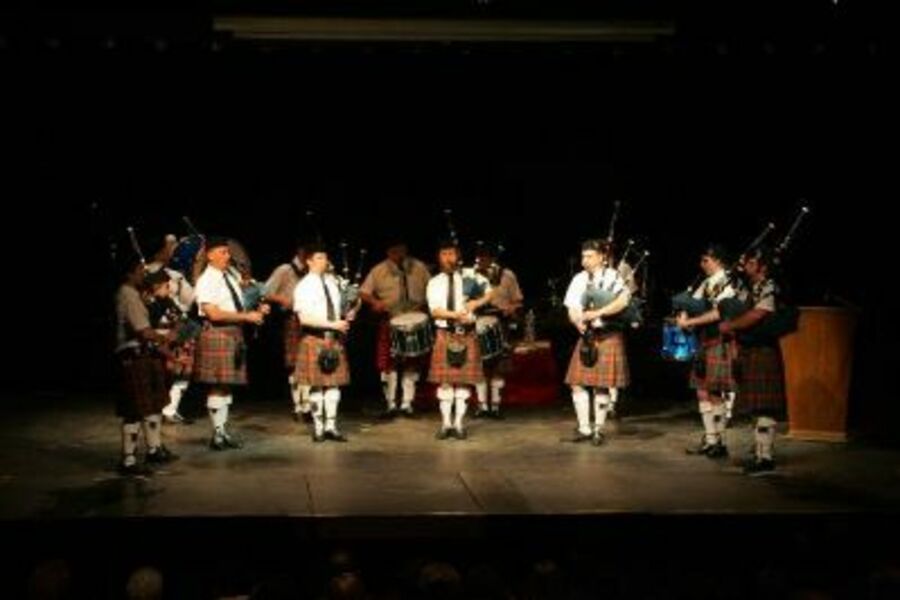 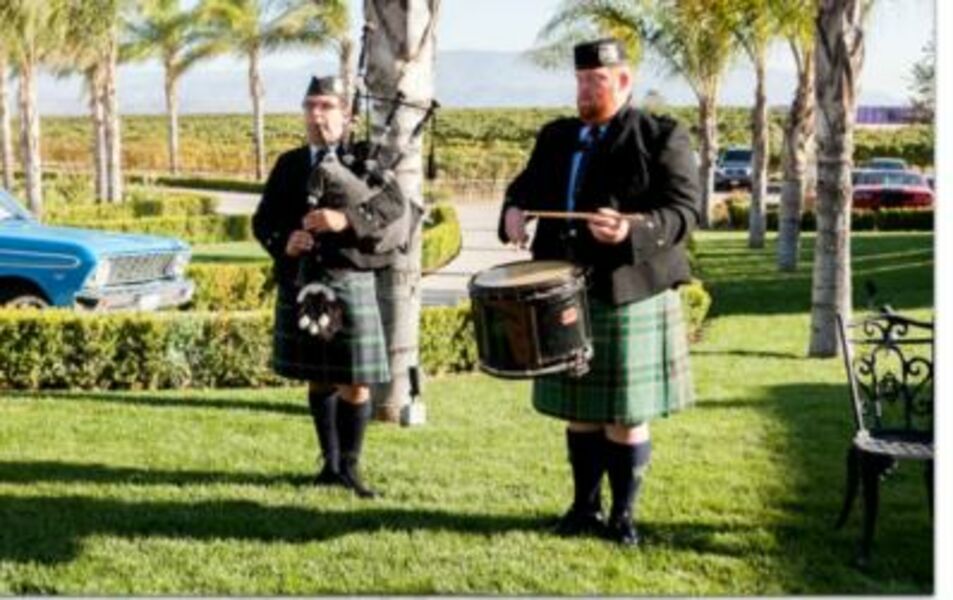 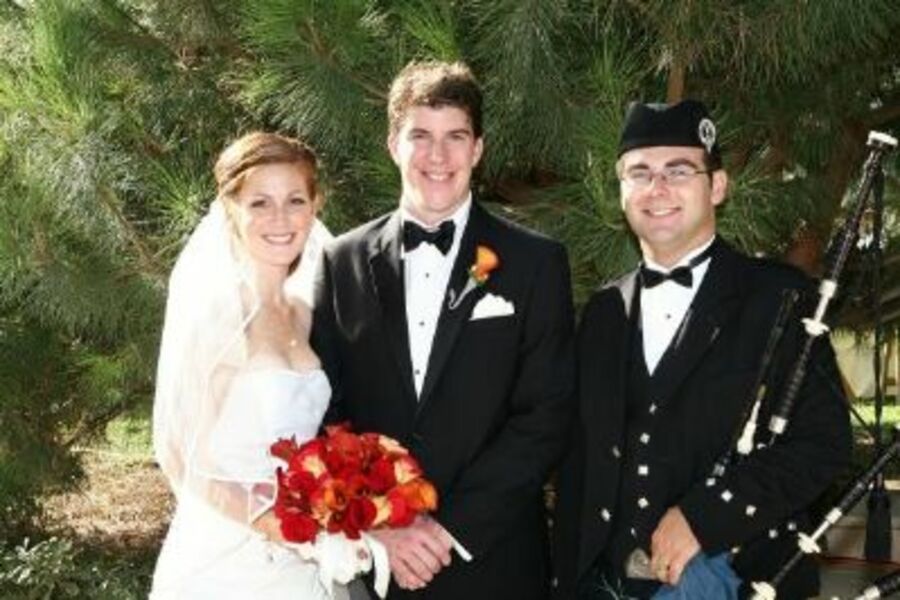 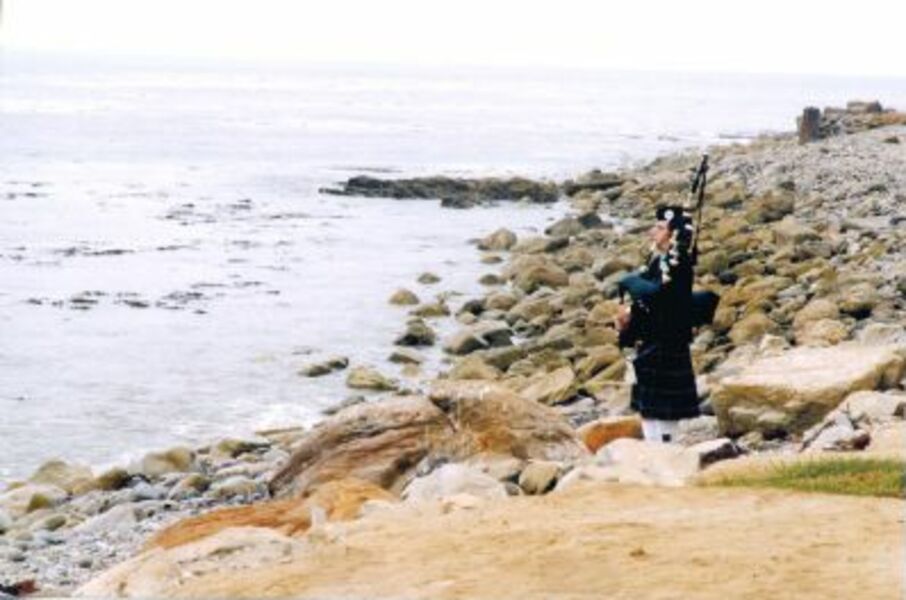 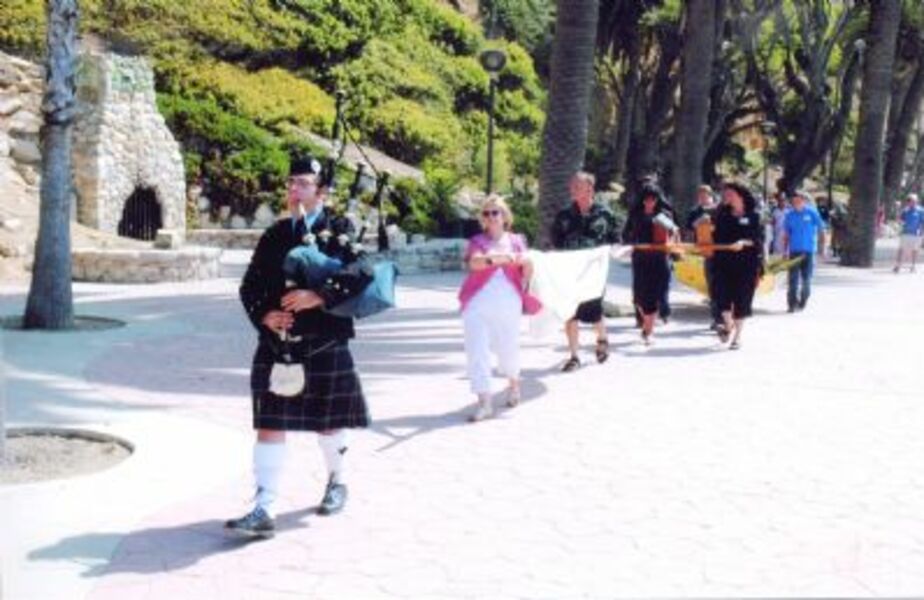 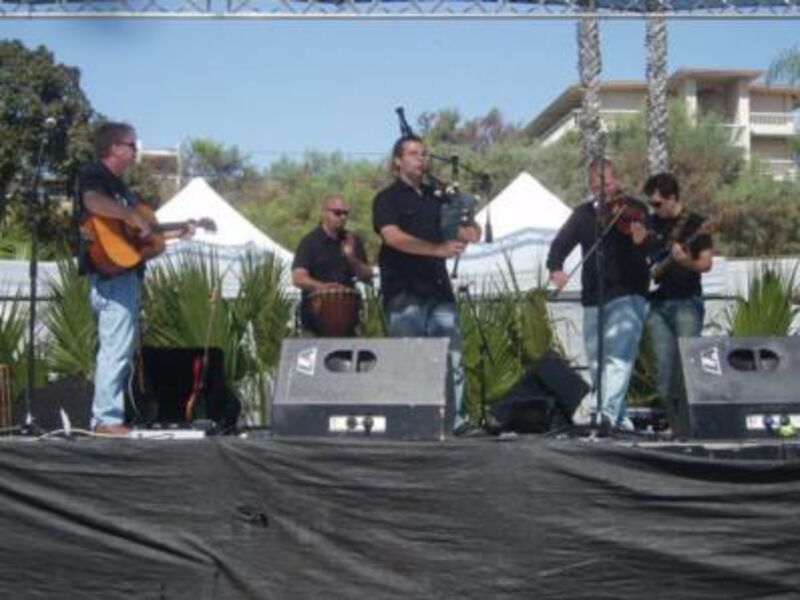 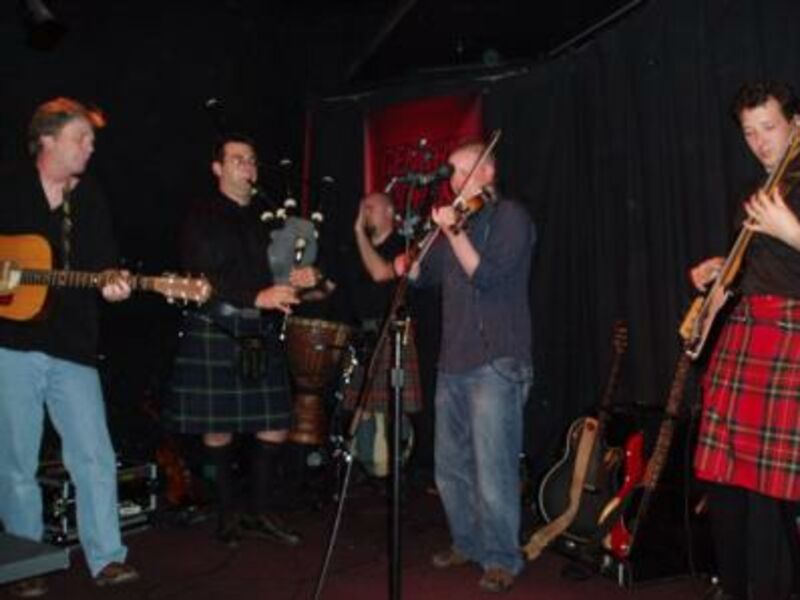 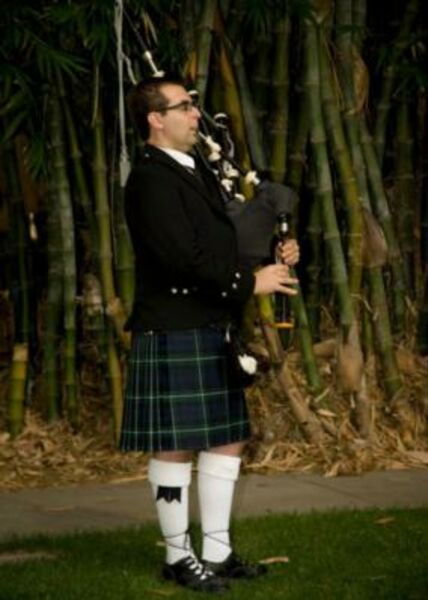 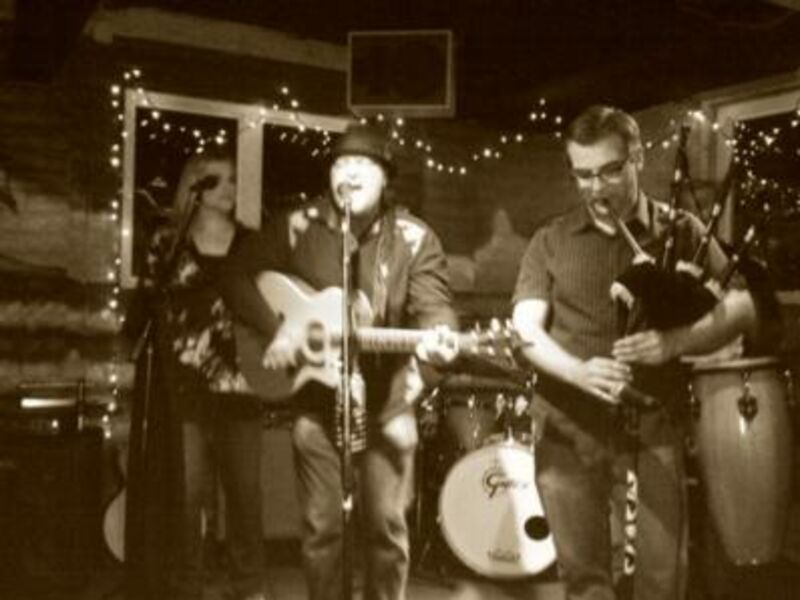 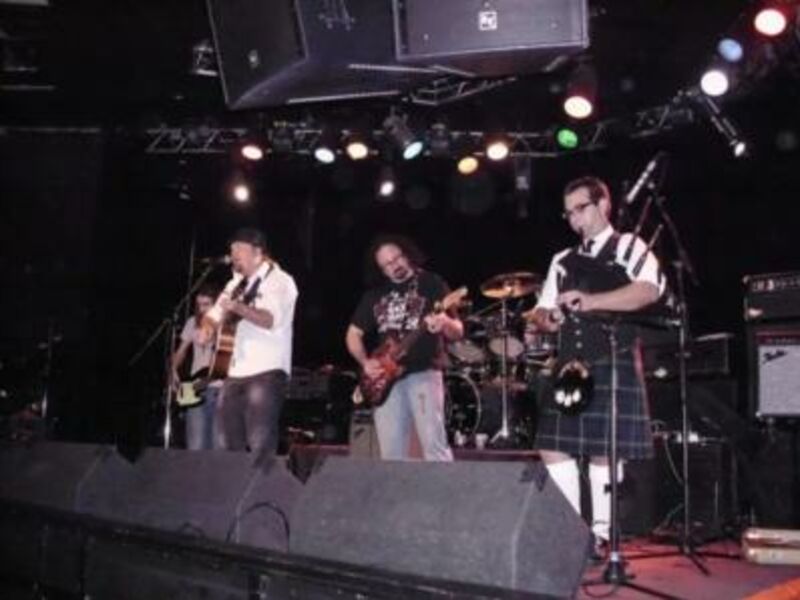 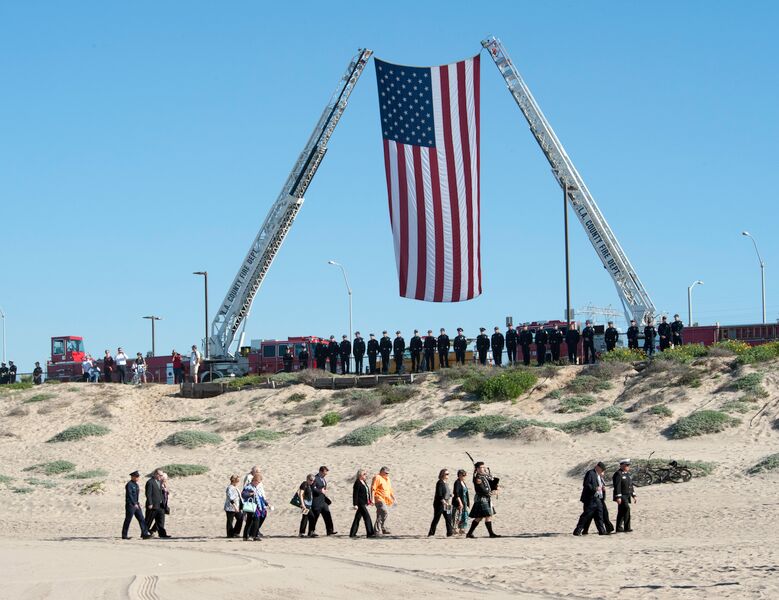 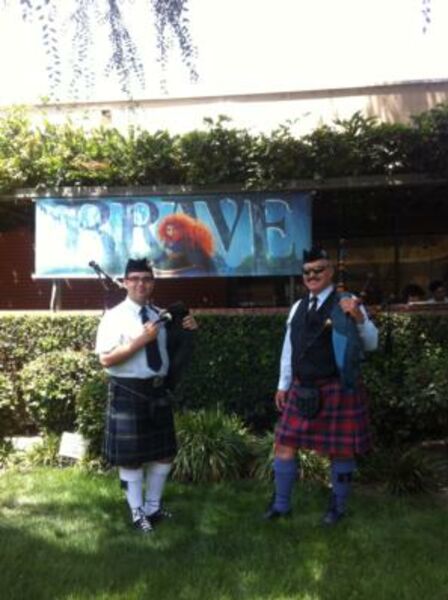 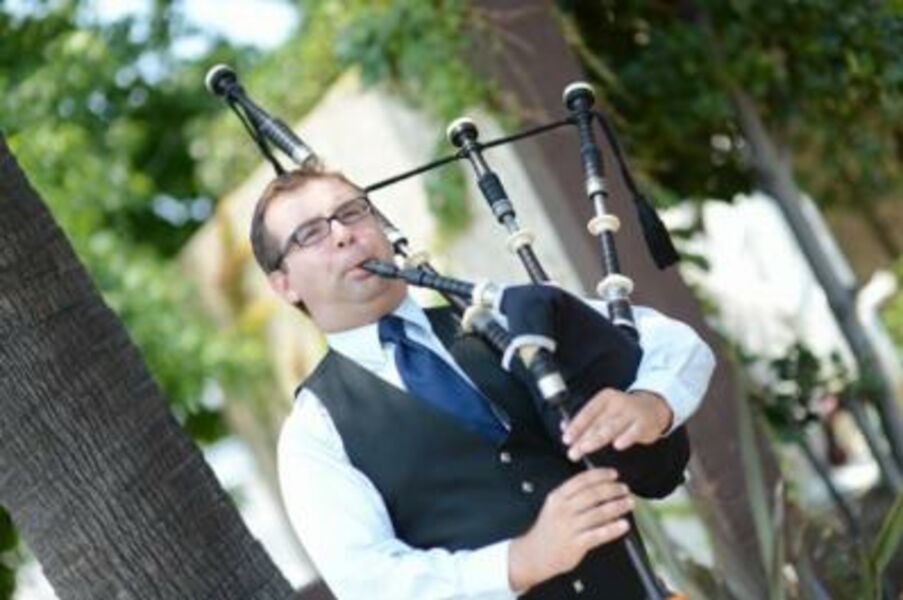 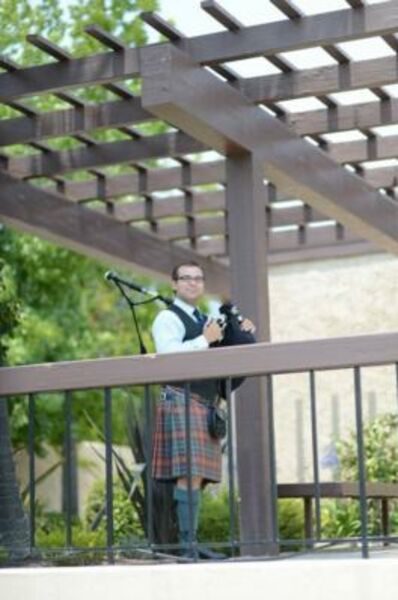 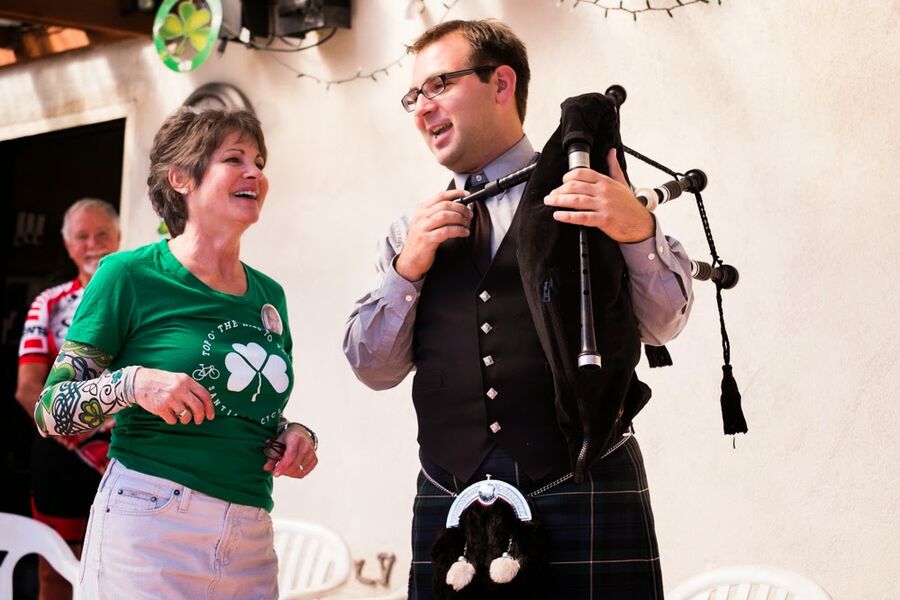 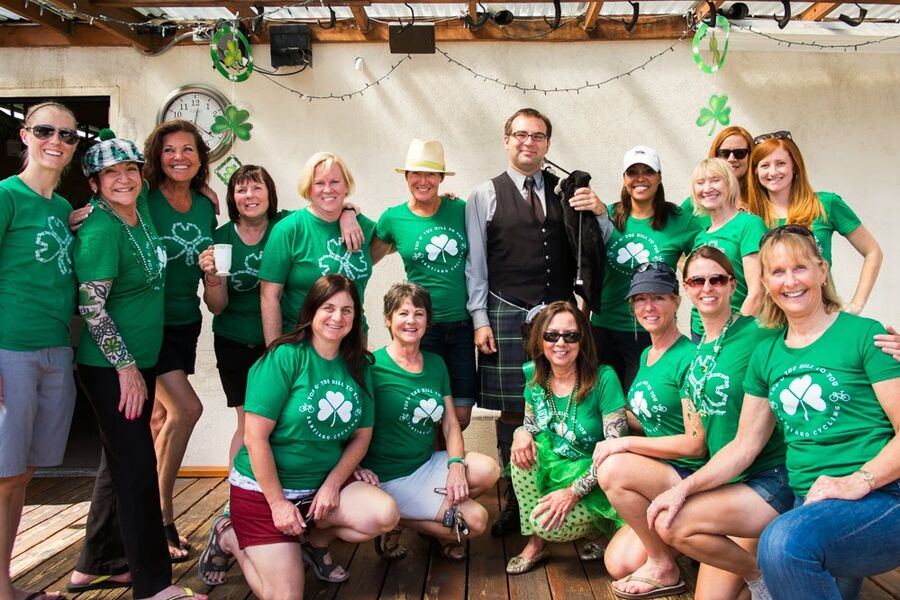 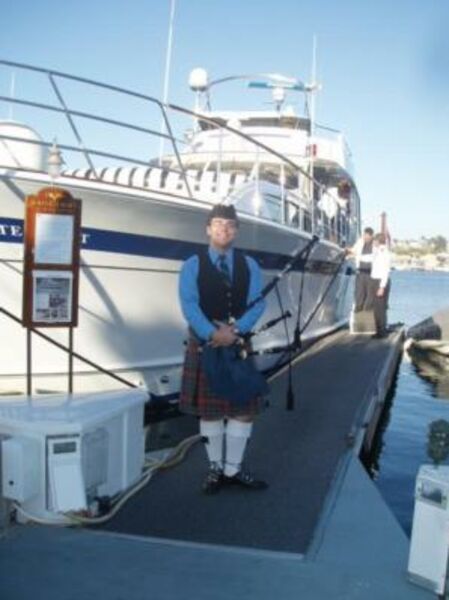 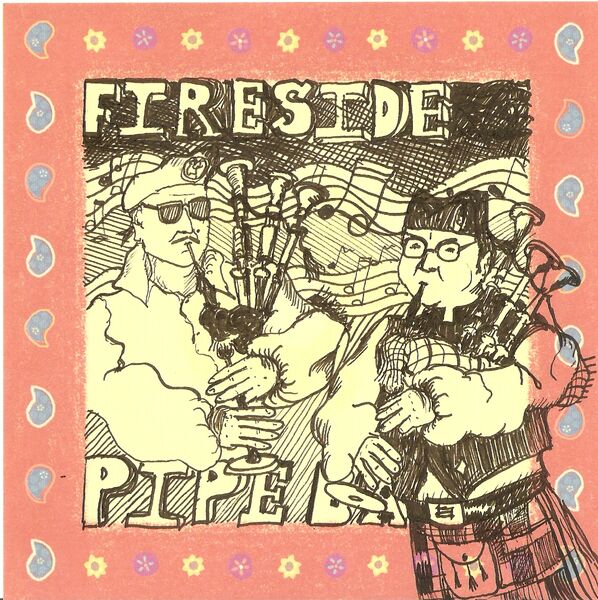 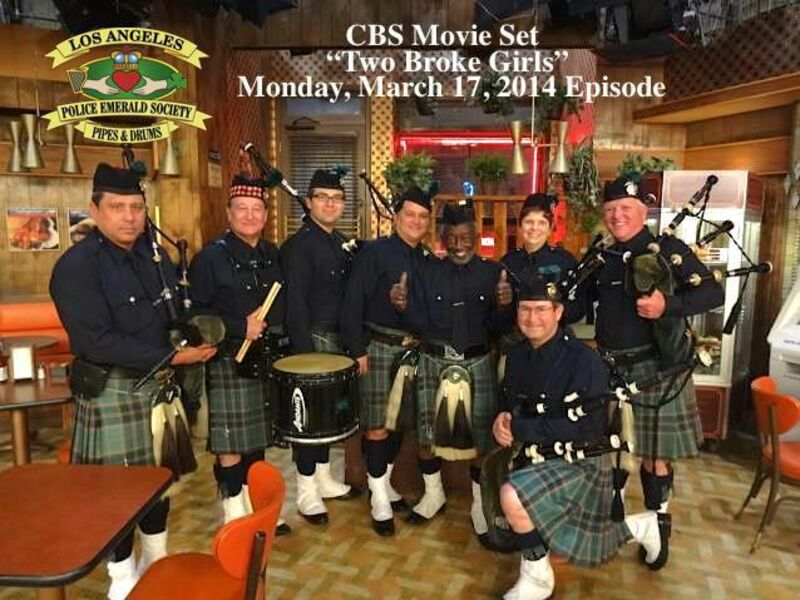 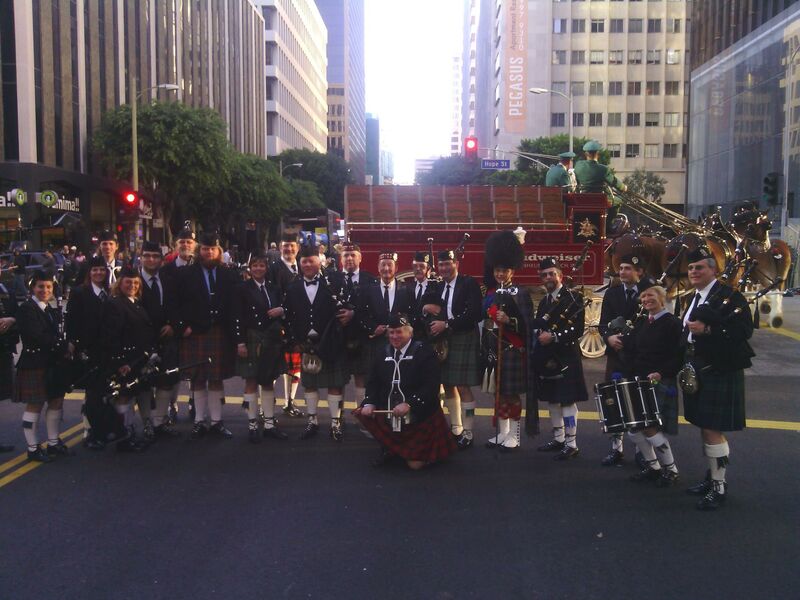 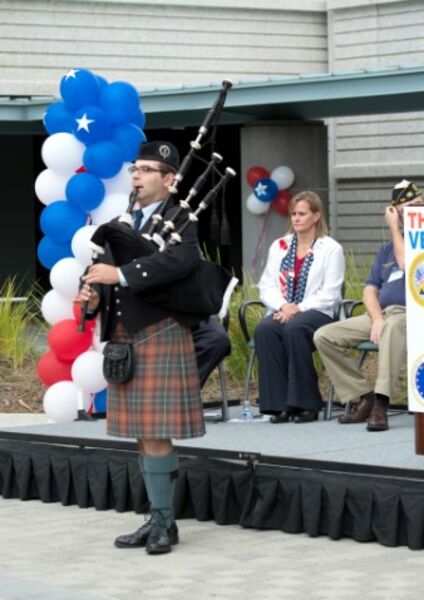