10
13 VERIFIED BOOKINGS
MEMBER SINCE 2010
$400 - $1000 per event
VIRTUAL SERVICES OFFERED
I am a CHER IMPERSONATOR.. here is my story, "The first time I saw Cher, she was so unique looking, with her long black hair, long fingernails -I wanted to be her!" And so my lifelong consuming passion for the singer/performer known as Cher. I was born and raised in Newton Massachusetts,first became a Cher fan while watching the "Sonny & Cher" television show in the 1970's. Dressed in designer Bob Mackie's fashionable creations ,Cher was the number one performer on the small screen. With her own long black hair I imagined myself as Cher, I sang into my hairbrush.. mesmerized by Cher's beautiful clothes and Exotic beauty and unmistakable voice. Following her love of Fashion ,I went to Fashion design school in the 1980's, While at clubs throughout the Boston area, I became aware of other Cher fans and Cher lookalikes. In the 1980's ,Cher was Filming"MERMAIDS" in Waltham Massachusetts. I got to meet my idol and got her autograph. I also visited Ipswich Massachusetts hoping to meet Cher again Filming "Witches of Eastwick" Alas, co-star Jack Nicholson did not want fans so close, had to watch from a distance. Another time, Cher appeared at a local bookstore in North Attleboro, I have a denim jacket with Cher's face designed into the garment signed by the star. There was even opportunity for some small talk. With the rise of social media and Facebook application , I was able to reach out to other Cher fans.

After meeting other Cher impersonators , I decided it was time to make my dream of being Cher come true. In August 2009, I did some voice training and went shopping for Cher-inspired clothing and accessories. My fist performance was at a local retail shop in Amherst, New Hampshire, since then I have performed at other events including Bar Mitvahs, Fundraisers, Weddings, Surprise birthday parties, Private Cruis event, stadium events, etc.. and had performed July 2012 for a 3 hour "Private party" for friends and family, of over 200 ++ guests.. it included of 6 costumes changes, 19 songs. I've also worked at a meet and greet event for the premiere of "Witches of Eastwick" during which I even performed a few songs!

I've performed with DJ accompaniment and with Elvis impersonators and Rod Stewart impersonators throughout Conneticut, Rhode Island, and Massachusetts. I would be happy to recommend a few impersonators (including a Sonny Bono!) to accompany me for your next occassion too!

As I am friends with many Cher fans, Cher did hear about my gig.. and she responded.."WOW she MUST be REALLY GOOD"!!~ I have realized my dream of singing in front of an audience,and being Cher.

I would highly recommend Dini for any event you may have. We hired a couple entertainers for our party and it made the night.

Dini is a doll! An absolute pleasure to work with! She a accommodated every request, and made my sister's 50th birthday a smash! I would highly recommend her. Great person and great entertainment!!! Cher would be proud!!

Dini was excellent and made the surprise party a blast! My mom loved the show and couldn't have asked for a better night.

I had a CHERblast performing your gig!! gig!! I am thrilled your was CHER Surprised!~ at her 60th Birthday party!! Thank you very much with a lovely testimonial! Dini as Cher 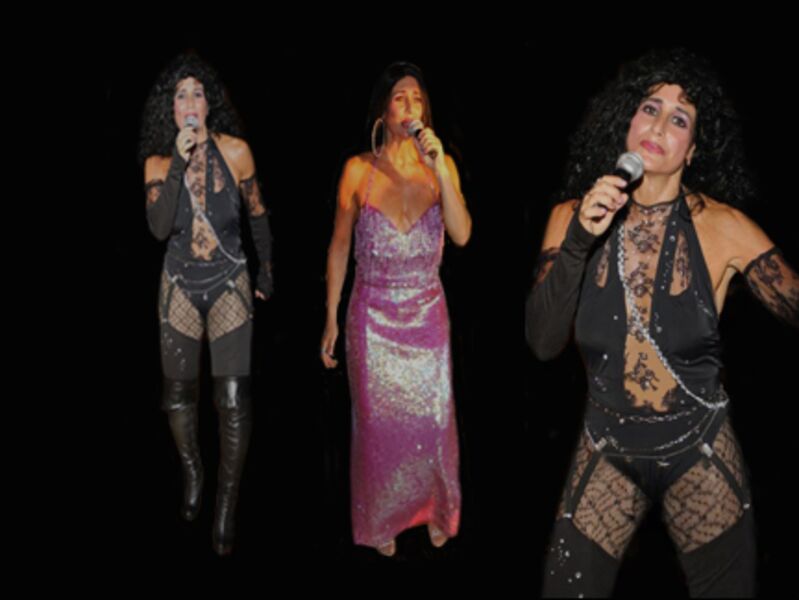 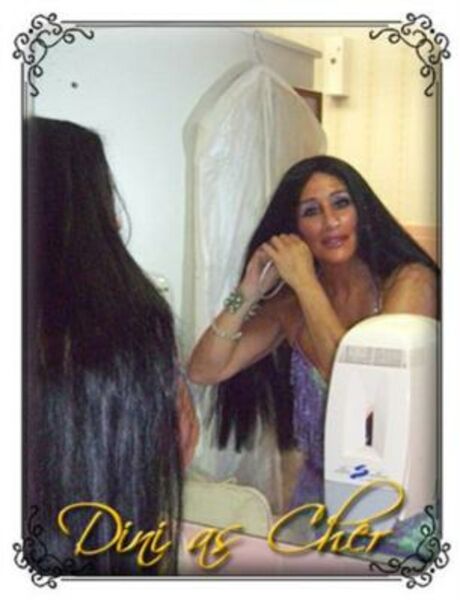 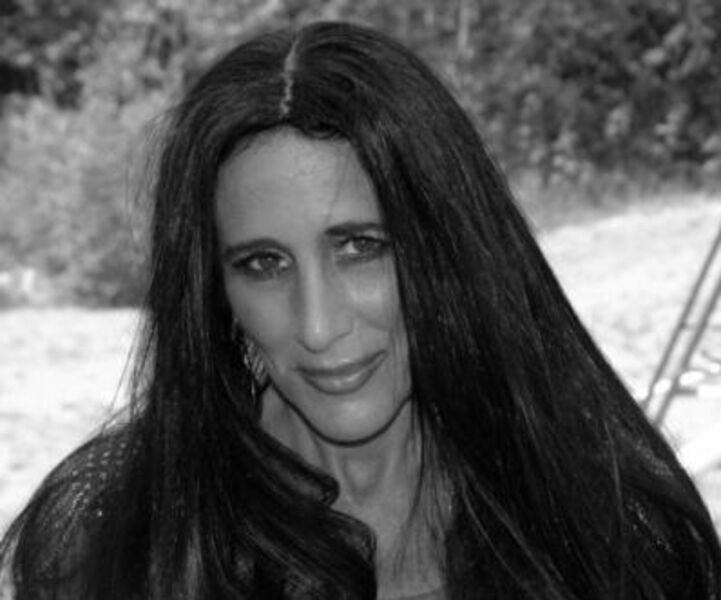 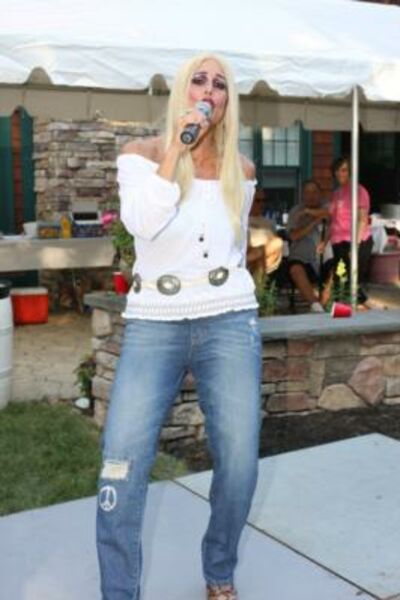 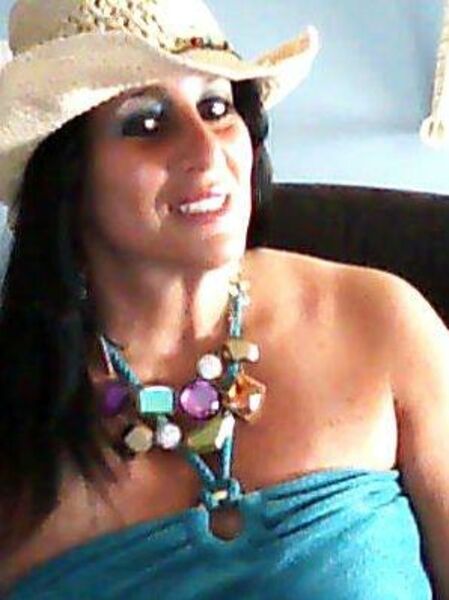 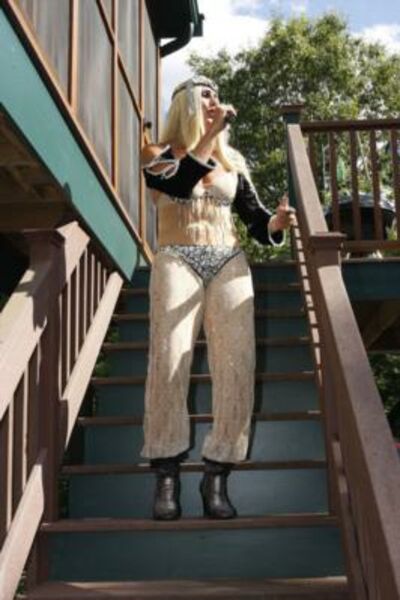 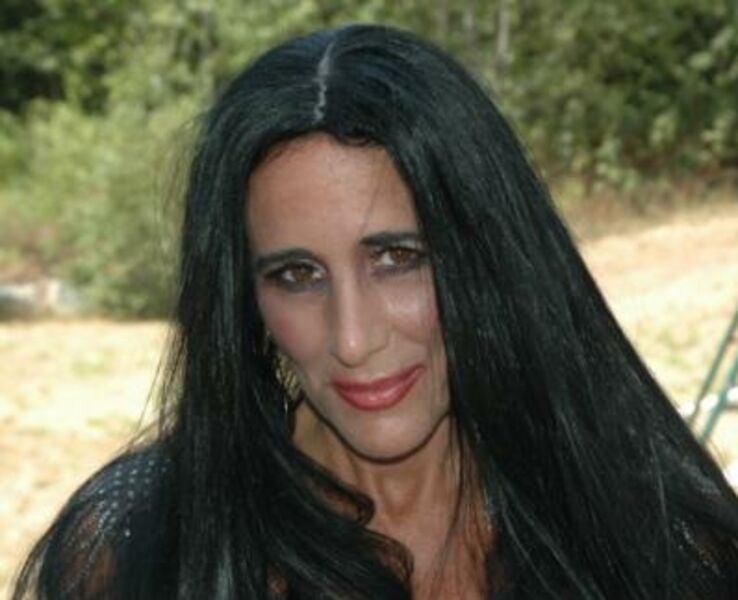 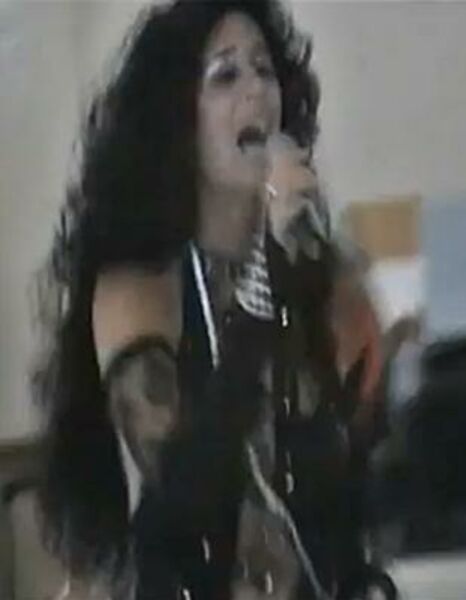 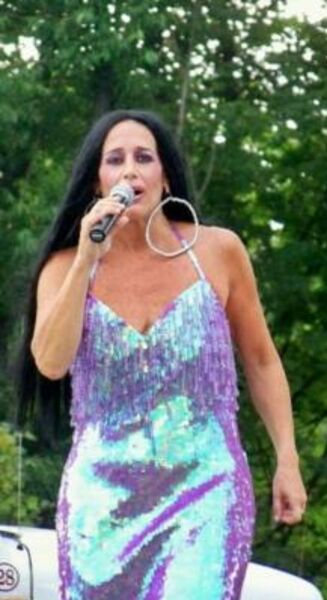 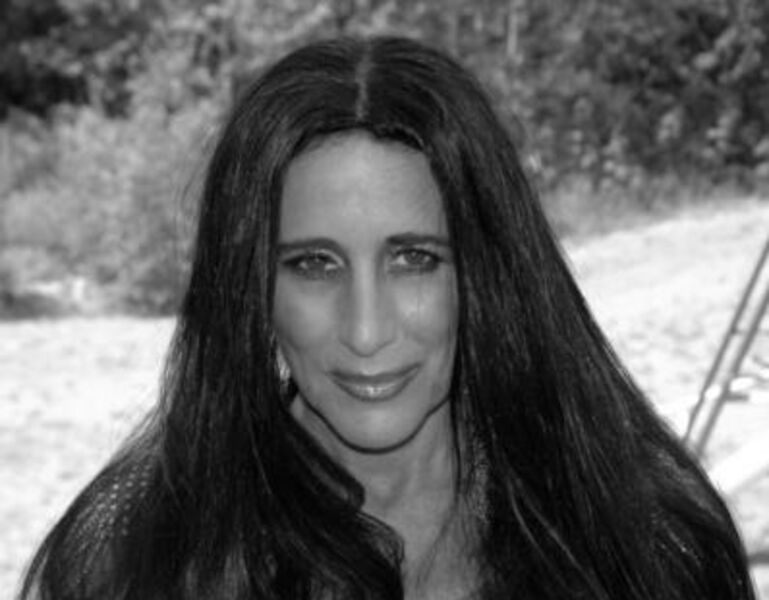 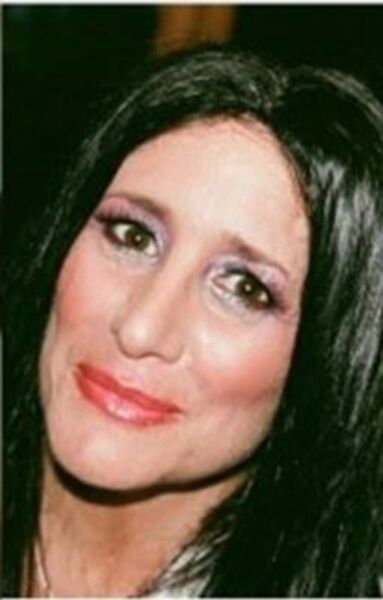 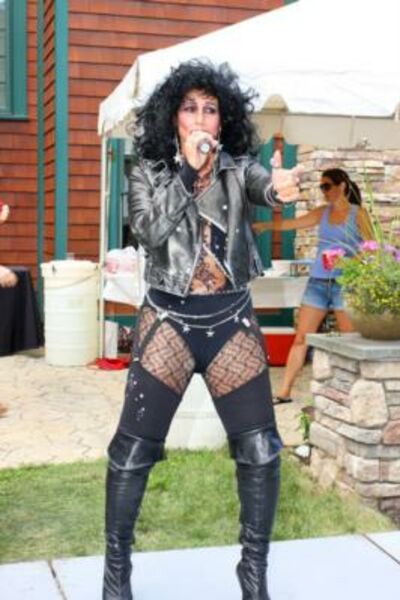 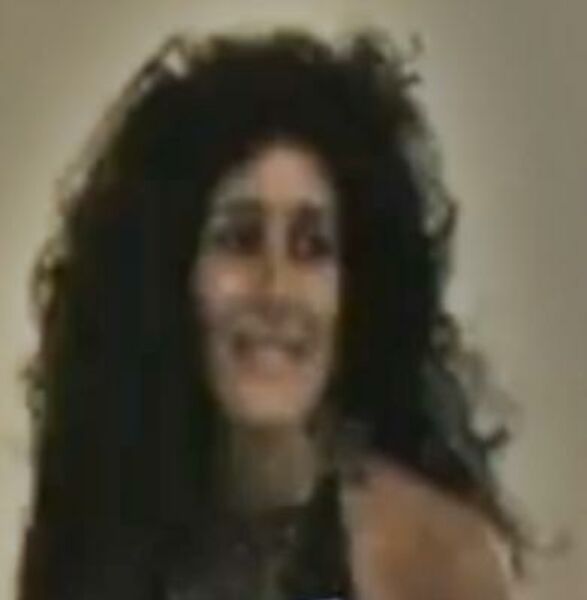 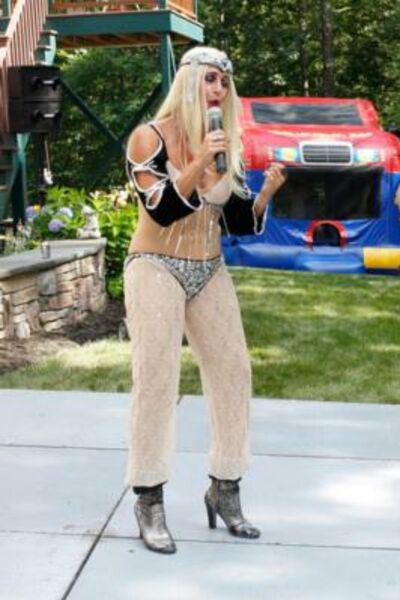 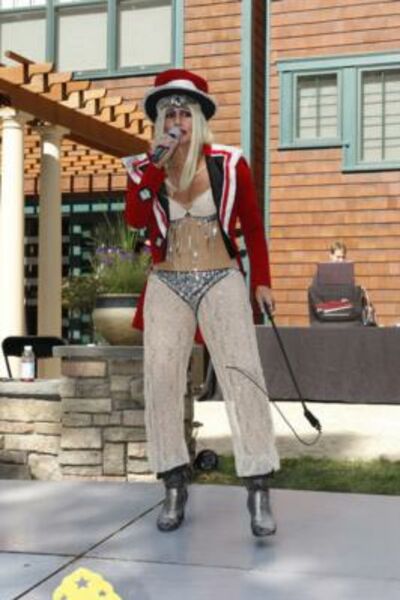 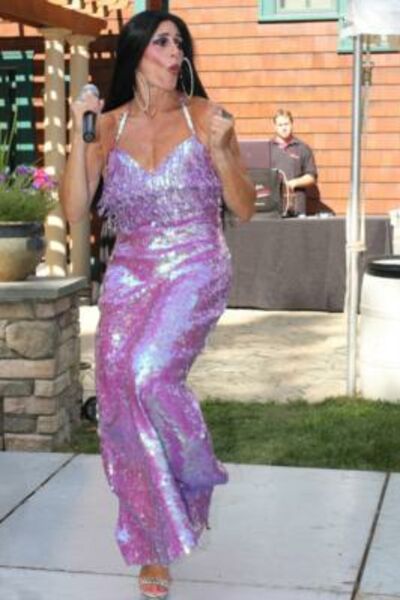 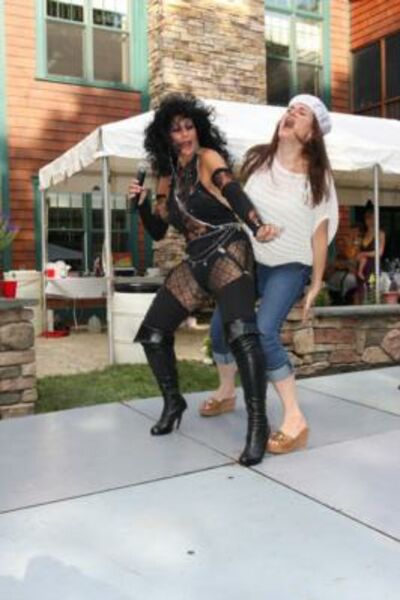 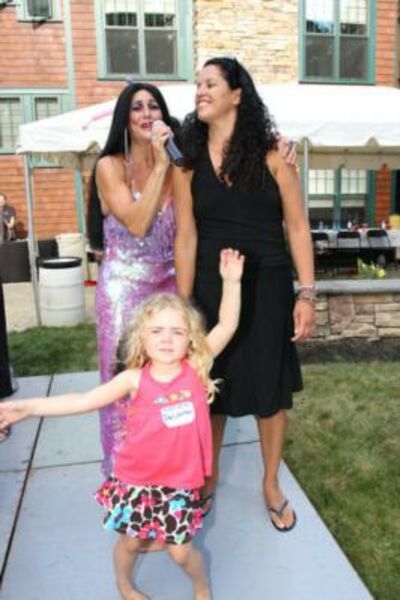 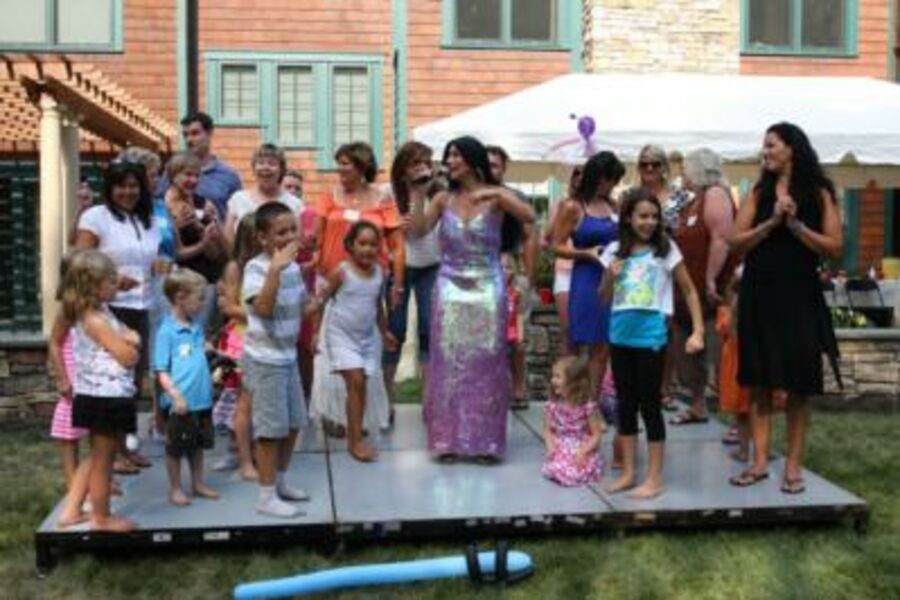