Classical Acoustic Guitar from Dallas, TX - Will travel up to 100 miles
25
43 VERIFIED BOOKINGS
MEMBER SINCE 2013
ACCEPTS ONLINE PAYMENTS
$300 - $2500 per event
ACCEPTS ONLINE PAYMENTS
VIRTUAL SERVICES OFFERED
I joined GigMasters because I really enjoy playing weddings and events. I do play concerts, but I'm not on the "stuffy" side of the classical world. I also play jazz, pop and folk music with the best professional musicians in the area and internationally. However, I try to stay within a fee range that is affordable. Here's a little about my solo career:

Christopher McGuire is the Artistic Director of the Fort Worth Classic Guitar Society, the Allegro Guitar Society of Dallas and the Classical Guitar Series at UNLV in Las Vegas, Nevada. He has performed hundreds of solo concerts in the United States, Mexico, Germany, Venezuela, Japan and Spain and has been a guest artist with orchestras and chamber ensembles. He has performed more than 2000 informal performances for about 180,000 children in schools and other community venues for the Dallas Classic Guitar Society, Fort Worth Classic Guitar Society, Young Audiences and in cities throughout North America, Spain and Japan. Chris has presented masterclasses at the Juilliard School focusing on the development of outreach programs and performing for younger audiences.

Chris studied with several of the world's foremost guitarists including Andrés Segovia, Oscar Ghiglia, Pepe Romero, Robert Guthrie and Jose Tomas. He received full scholarships to Southern Methodist University on the recommendation of Robert Guthrie and to the Aspen Music Festival on the recommendation of Oscar Ghiglia. In the summers of 1980-82 he had both classes and private lessons with the great Spanish composer Federico Moreno-Torroba and Maestro Segovia. Blues master Stevie Ray Vaughn, a regular in the McGuire family music room in the early 1970s, taught Chris to play the blues in weekly jam sessions. He has held faculty positions at the University of Dallas, the University of Texas at Arlington and with the Dallas County Community College District.
In 1985 McGuire won first prize in the Dallas Chamber Orchestra Concerto Competition. His peers enthusiastically received his performance at the 1993 Guitar Foundation of America (GFA) International Festival in Buffalo, New York and he has been selected to judge the GFA International Competitions in St. Louis, Missouri, San Antonio, Texas as well as Quebec City and Montreal, Canada.
Chris has performed with the Chamber Music Society of Fort Worth, the Bruce Wood Dance Company, the Dallas Chamber Orchestra, Mount Vernon Chamber Music and has collaborated in chamber music with Jose Feghali, Carter Enyeart, Steve Harlos and Swang Lin among many others. He has performed with guitar luminaries including Stevie Ray Vaughn, Charlie Byrd, Bucky Pizzarelli, Roland Dyens, Sergio Assad and Carlos Barbosa-Lima, and "jammed"" in casual situations with folks like Chet Atkins, Charlie Pride and Johnny Winter.
Christopher McGuire commands the many expressive qualities of the guitar with what one critic called "unselfconscious intensity." His engaging performance style invites people of all ages to feel they are taking part, not just taking a seat. Audiences and critics on five continents fulfill the prediction by Andres Segovia that, "he will be appreciated and applauded everywhere." In addition to numerous television and radio appearances he was the subject of a half-hour program on Radio Shanghai of China with an estimated audience in thirteen Asian countries of one billion listeners.
Christopher McGuire plays a 2004 Greg Smallman & Sons guitar with Savarez Crystal strings and records exclusively for Acoustic Plus Records.

Chris exceeded my expectations at my son’s Celebration of Life. Chris played beautifully and we received numerous compliments. I would definitely hire him for another event.

Thanks Nina. I loved meeting you and your group. They were wonderful to perform for. Chris

Chris was the perfect talent and entertainment for our son's rehearsal dinner party. Sixty of our friends and family thoroughly enjoyed their evening. Chris was very professional and spot on with music choices for our genre. We would definitely recommend Chris to anyone who is looking for a fabulous guitarist for their event. Carrie Doyle. 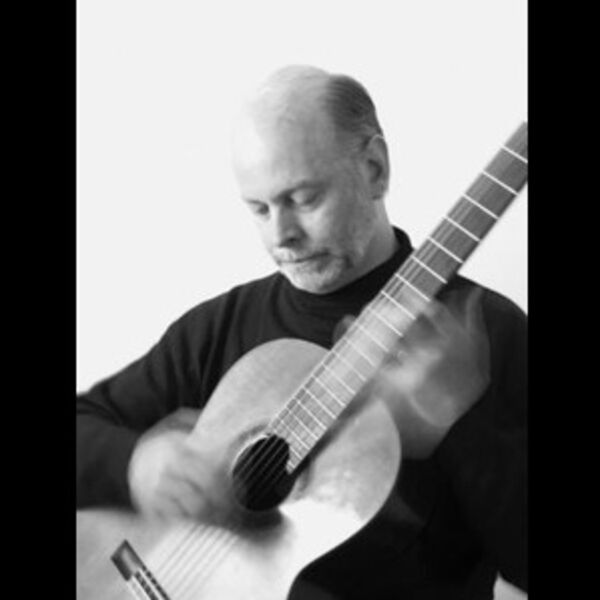 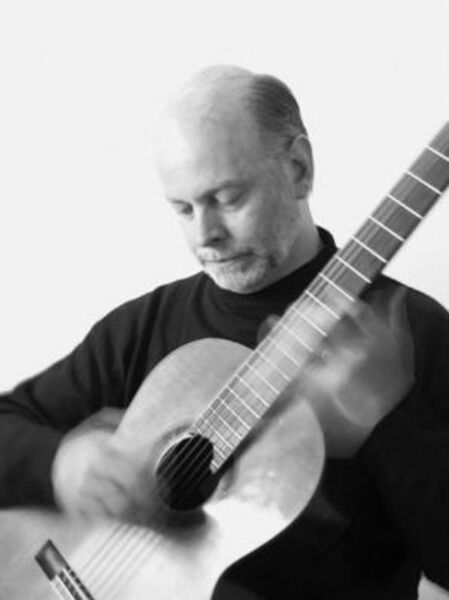