Clown from Washington, DC - Will travel up to 500 miles
30
98 VERIFIED BOOKINGS
MEMBER SINCE 2014
ACCEPTS ONLINE PAYMENTS
$100 - $3000 per event
ACCEPTS ONLINE PAYMENTS
VIRTUAL SERVICES OFFERED
Crickett is Washington DC's very own Family Friendly Danger Clown, Stilt Walker, Balloon Artist, Street Performer, Magician and more! Crickett is a veteran of the Ringling Bros. and Barnum & Bailey Circus where he spent 5 years performing across America as a star performer, ambassador of laughter, and international representative of the Greatest Show on Earth! Since then, he's adapted his critically-acclaimed comedy juggling show, dazzling balloon creations, and hilarious antics to audiences of all sizes!

Specializing in Birthday Parties, Festivals, Corporate Events, Themed Parties, Strolling Artistry, and Pirate Parties, Crickett has delighted audiences across America and other countries for the past 12 years. Since then he's performed with Cirque du Soleill, Big Apple Circus, Ringling Bros &Barnum & Bailey and for clients such as Verizon, Barefoot Landing in Myrtle Beach, Yankee Candle, and much more!

Juggling/ Magic/ Comedy Show: Book the family friendly juggling and magic show and prepare to laugh! This is the show that was created at the Ringling Bros. Circus and perfected on the Boardwalk Streets of Myrtle Beach! Fun for the entire family, this show can be tailored to all different demands and age ranges. From personal birthday parties to churches to stages to gymnasiums to festivals; outdoors and inside; audiences large and small; kids and adults; this one is guaranteed to delight everyone! Though it can be tailored to suit your particular needs, popular acts include juggling balls and clubs, diabolo, devil sticks, magic tricks, bad jokes, worse puns, and even a danger section with knives, fire juggling, fire eating, and fire breathing! Completely insane, completely interactive, and completely insured, Crickett brings his 14 years of professional experience to life in front of your very eyes!

Pirate Show: Ahoy Maties! Captain Crickett invites you to join his crew of surly seafarers with a nautical themed extravaganza! Containing everything from the Juggling/ Comedy/ Magic Show, Captain Crickett puts a pirate spin on his show and invites the audience to become true pirates by balancing "real" golden plates on top of authentic pirate swords gifted to him by Blackbeard himself... or at least a guy with a black beard. Hilarity ensues as Captain Crickett walks the plank, does a jig, and leads the audience on a pirate quest his audience will never forget!

Holiday Show: Ho Ho Ho! The worlds tallest Christmas Elf, "Elf"is Costello just wants to spread the Holiday Joy with by juggling candy canes, making balloons, and riding an elf-sized bike that was gifted to him by Santa himself which he has long outgrown! Whether he's strolling, doing a stage show, of just hanging out, Elfis Costello is great for any Winter Holiday event, no matter what holiday you're celebrating!

Balloons: Go beyond dogs and swords with all types of magical balloon sculptures including lions, tigers, bears (oh my!), tree frogs, penguins, swords, helmets, special holiday balloons, and even characters from Frozen, the Avengers, and Spider Man!

Living Statue: Did that statue just move? Delight, confuse, and amaze guests at your event when you install a statue of a pirate that not only moves, but delights guests by interacting through subtle yet hilarious movements.

Fire Performer: Did he really just do that!? Nothing makes and impact like fire and Crickett understands fire is awesome but really dangerous! Crickett has a perfect track record with Sticks, Clubs, Diabolo, Balls, and Fire Eating/ Swallowing and is completely insured to make a huge impact with this awesome stunt. LED props also available when fire is not permitted or advisable.

Grown Ups: As an emcee, performer, cabaret and neo-vaudeville superstar, Crickett can liven up trade shows, conventions, concerts, and all sorts of events! As seen with the Dirty Bourbon River Show, Clown Cabaret, Floyd Festival, Cabaret and Burlesque Festivals, Crickett has adopted his Adult-friendly alter-ego Jim Dandy to perform classic sideshow and magic stunts with a contemporary flair. Marvel at the Human Blockhead, Geek (I bite the head off a bloody tofu), Bed of Nails, Glass Walker, Fire Eater, and all sorts of crazy stunts! These shows tend to be 18 due to language and mature situations but can be made family friendly!

Crickett was phenomenal! Everyone--kids and adults--were enraptured by the show, it was hilarious, exciting, fun & surprising. He was timely, warm, professional and very entertaining. His rapport with the kids was especially touching. He did his circus show (juggling, diabalo, fire eating, etc.) and then made balloon animals, which was a perfect combination. The kids were extremely into the show and they eagerly lined up after for their chance to interact with Crickett individually with the balloon creations, and he made some pretty elaborate ones! Many people asked me for his inf, and when I dropped off my son as at school ALL the kids were talking about Crickett.

Crickett was a pleasure to work with for our daughter's birthday party. He was responsive, he was punctual, he was personable, he was talented at multiple kid-friendly activities (balloon animals were a huge hit!) and he put on an entertaining show. Many of the parents even asked for his contact info for future events!

The kids and parents LOVED Crickett!

Thank you so much! Polly was a fantastic client and made the show and communication go off without a hitch! The crowd was great and I would not hesitate to come back! 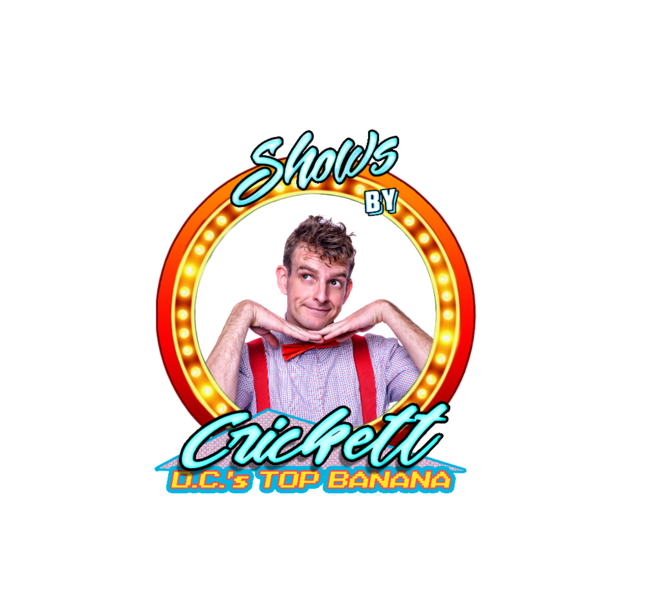 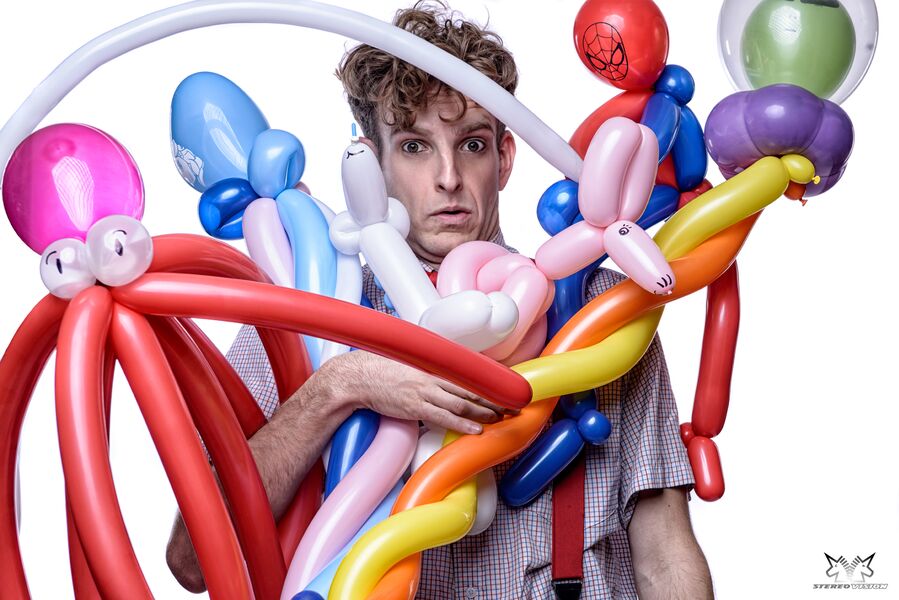 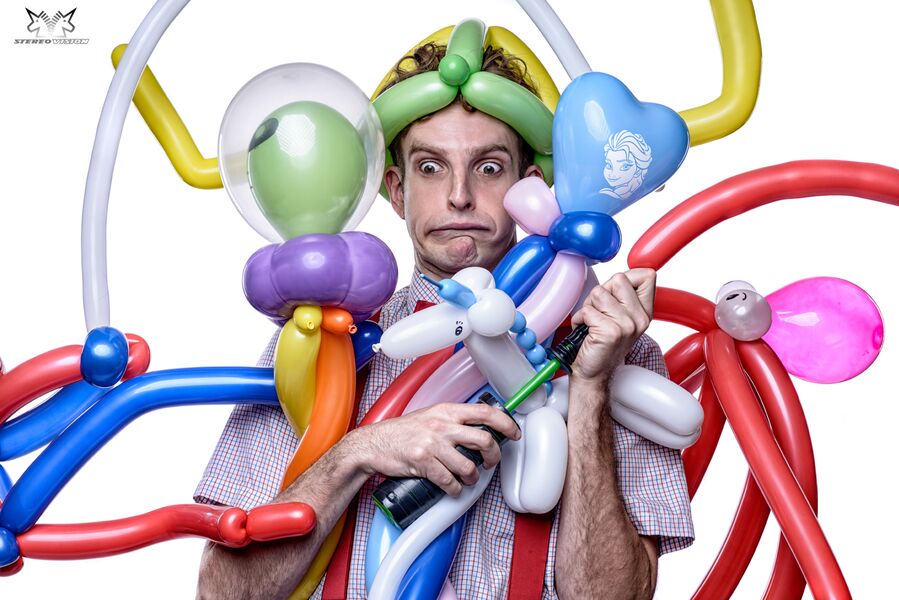 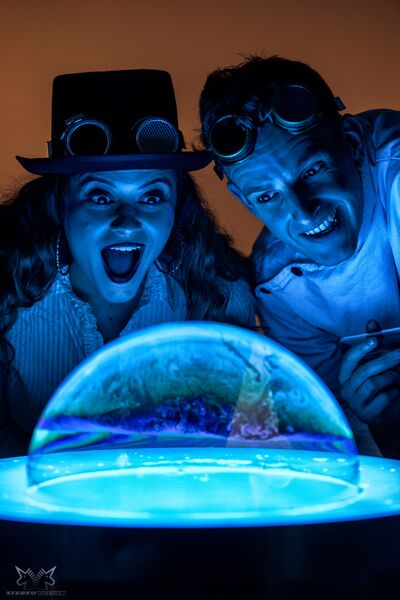 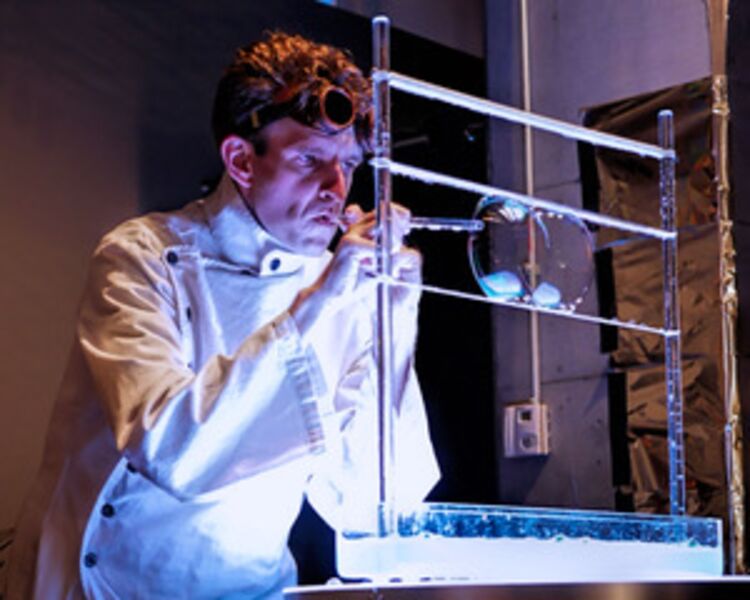 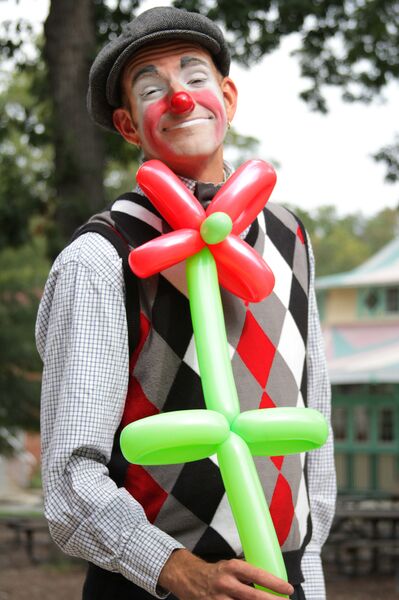 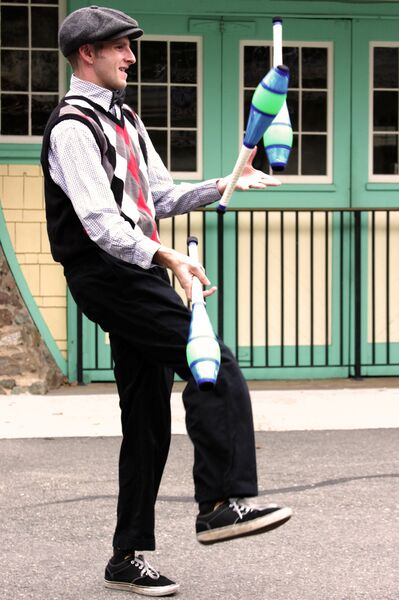 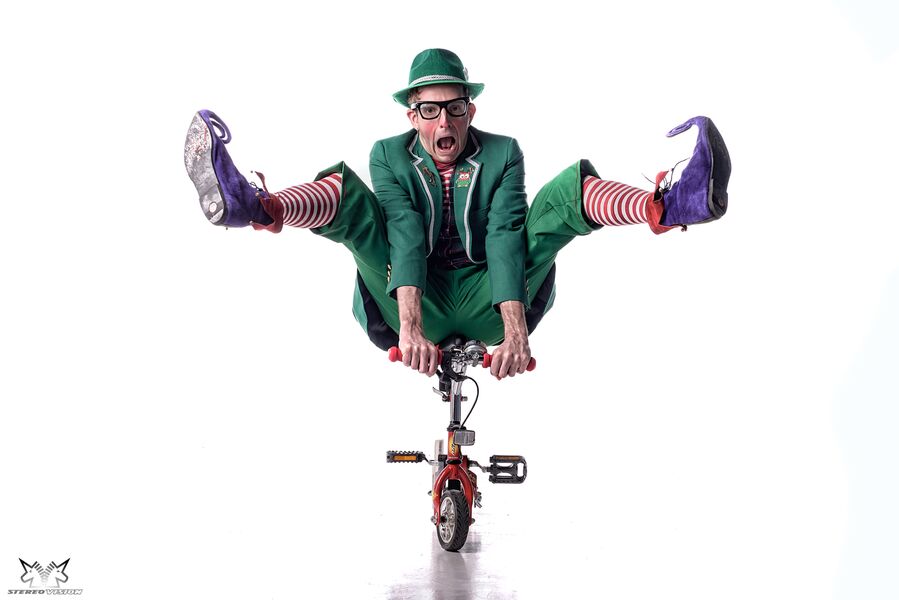 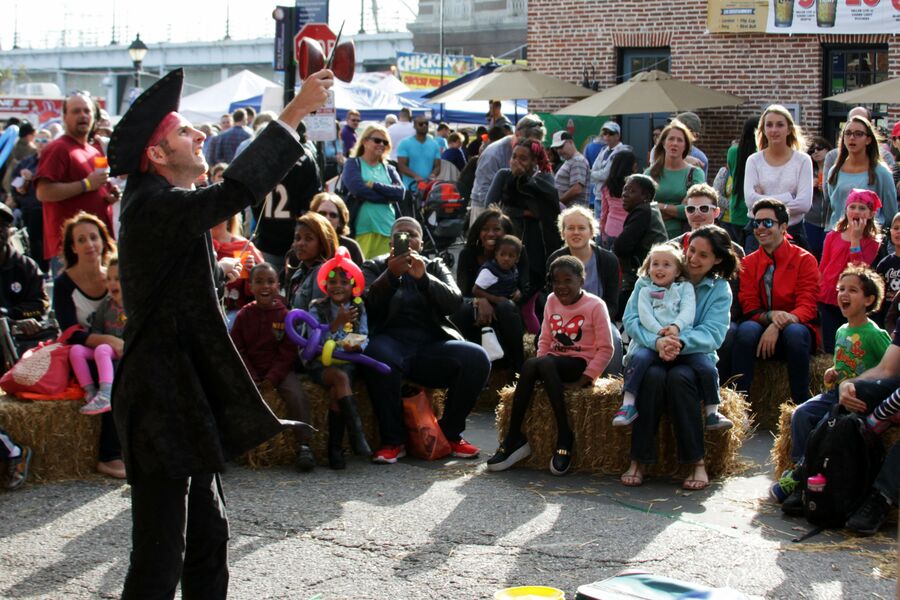 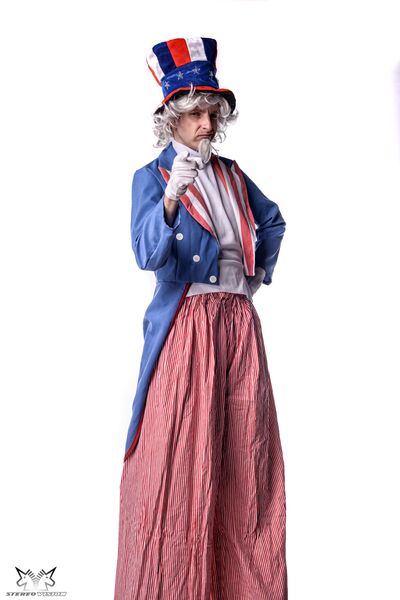 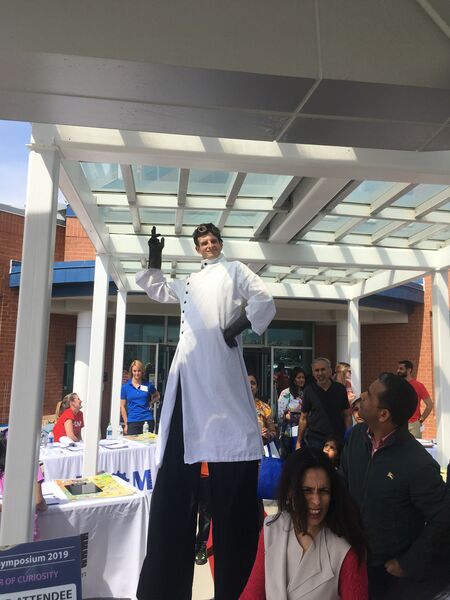 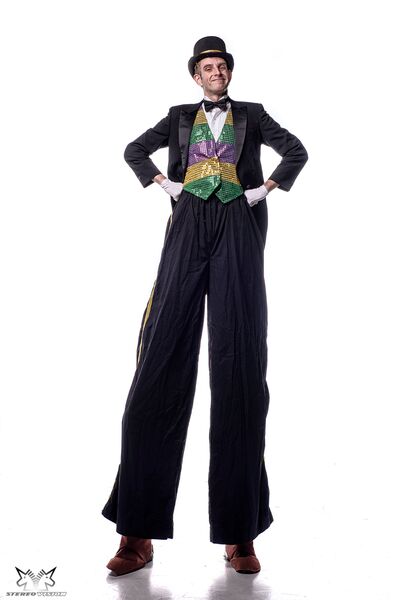 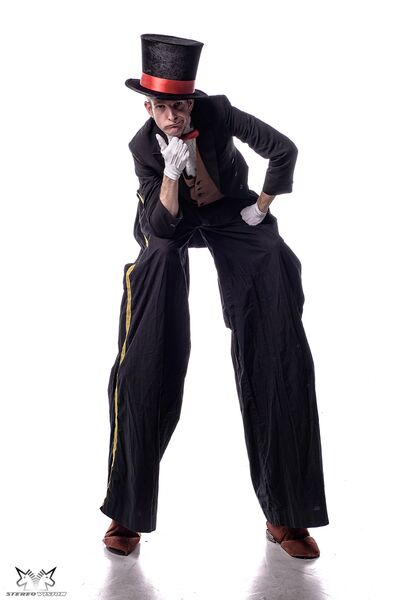 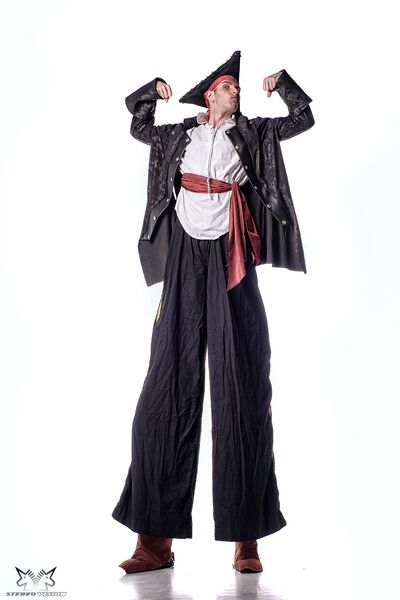 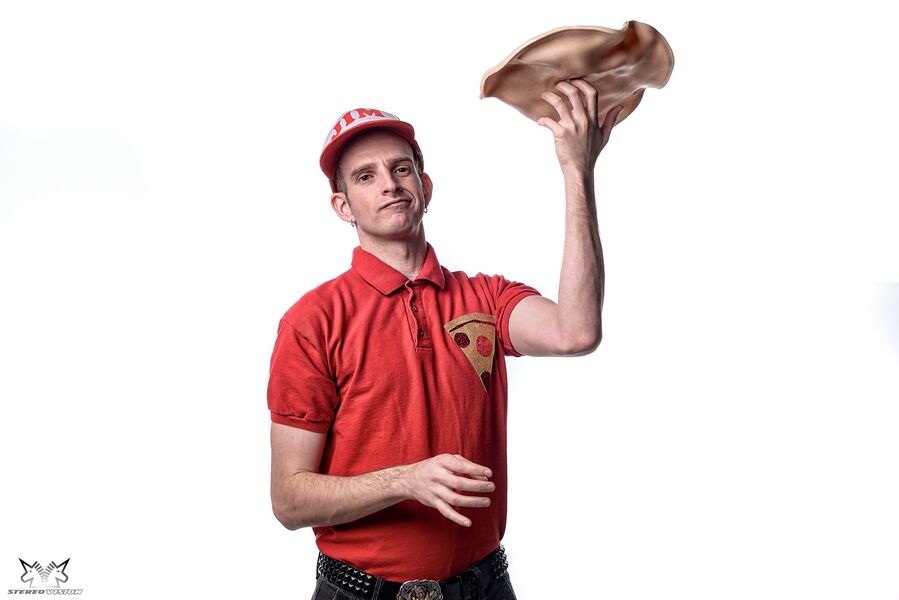 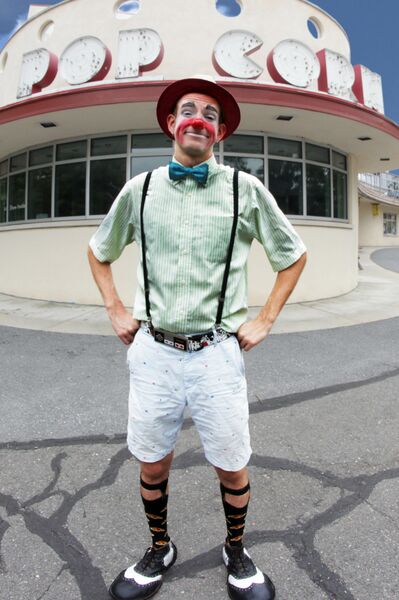 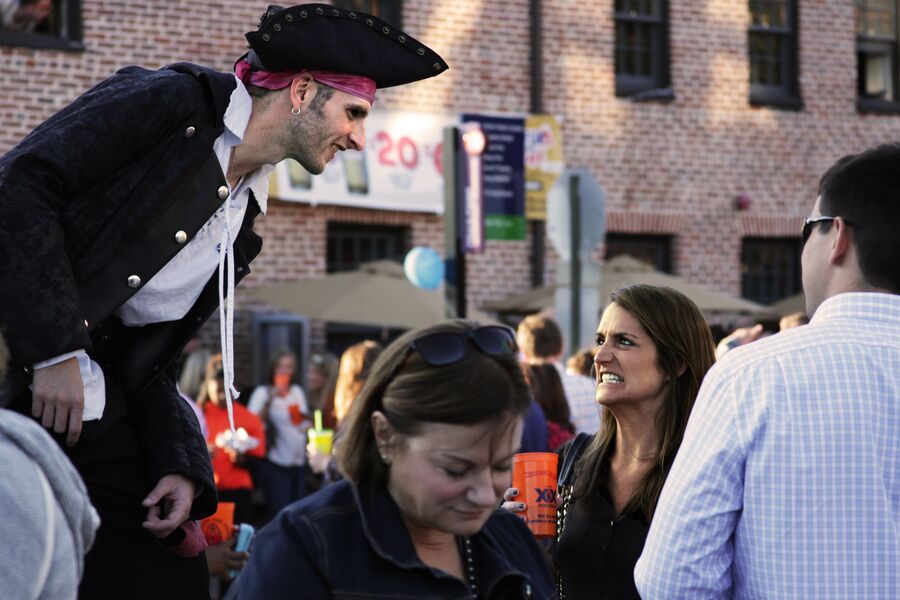 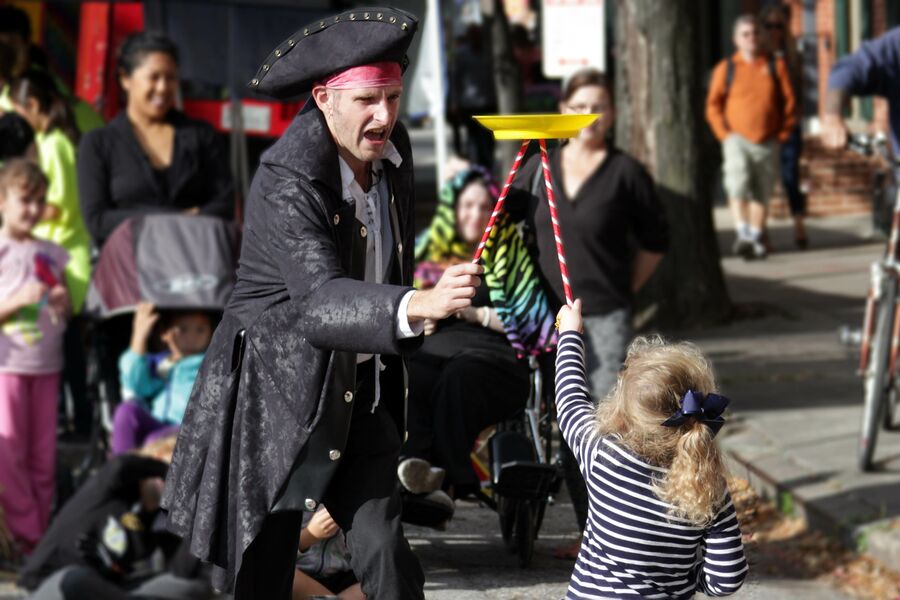 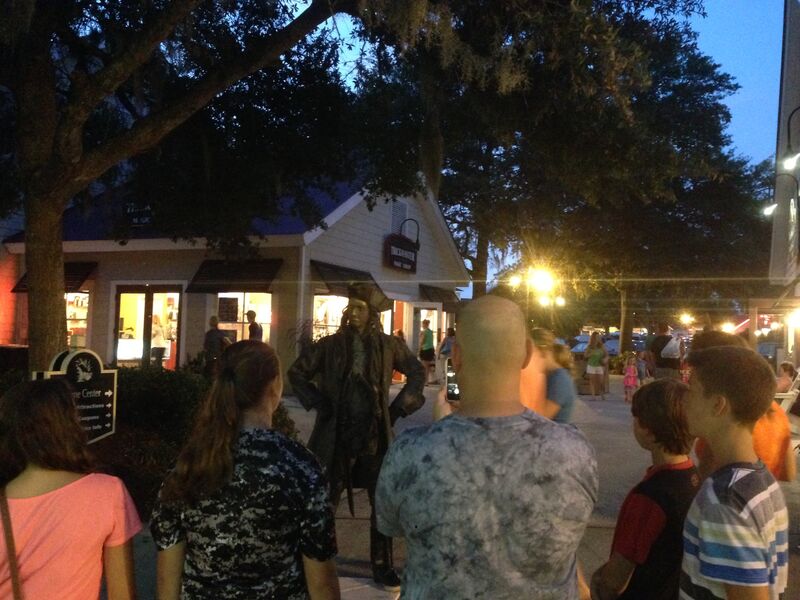 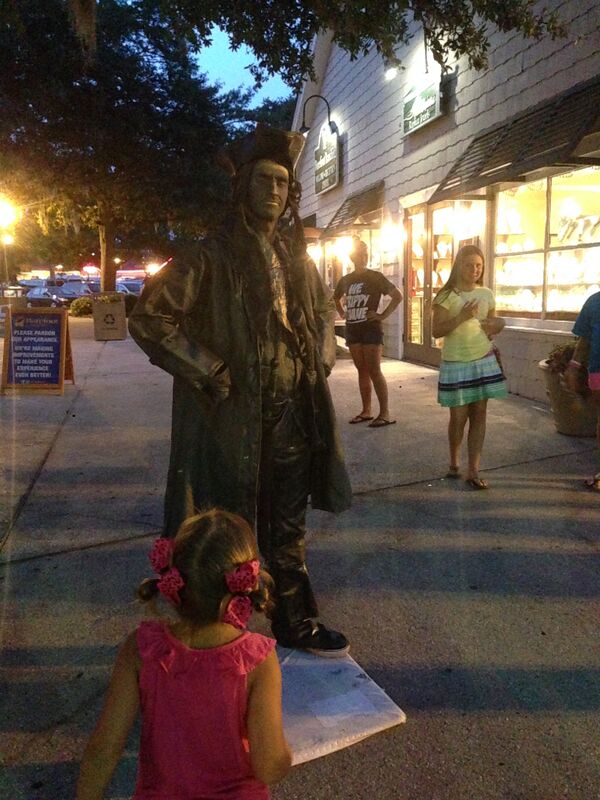 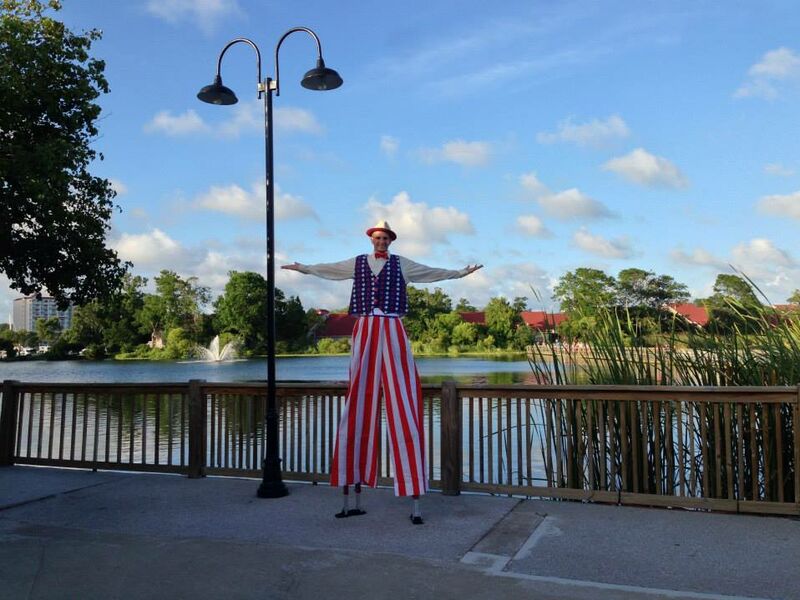 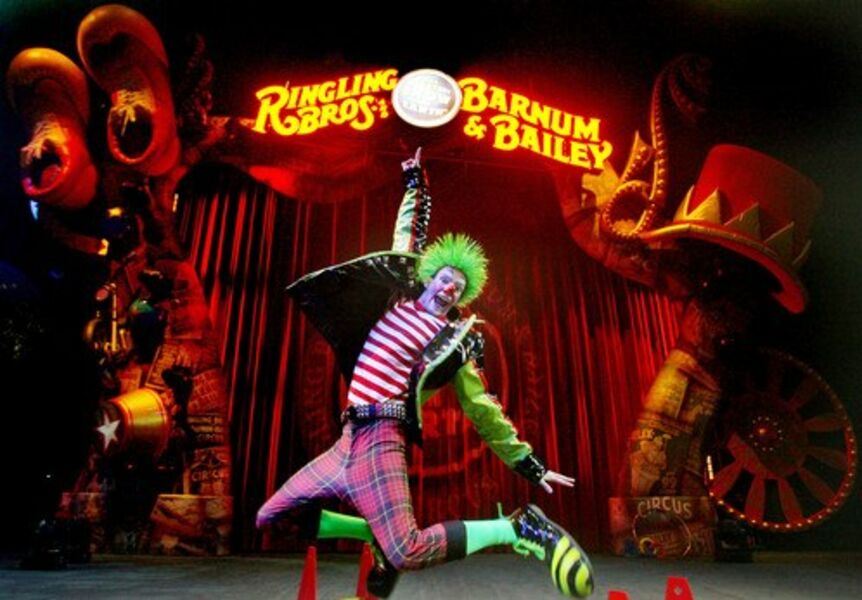 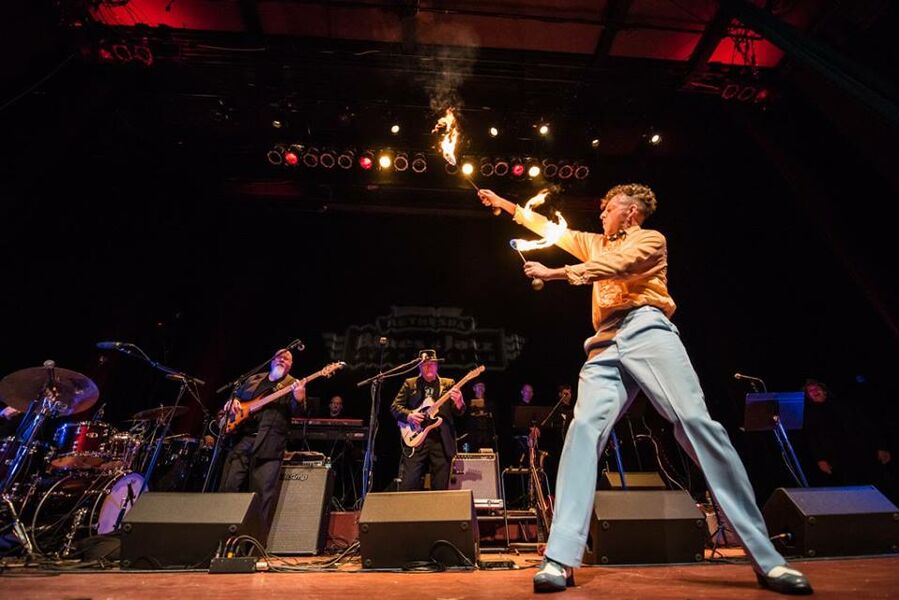 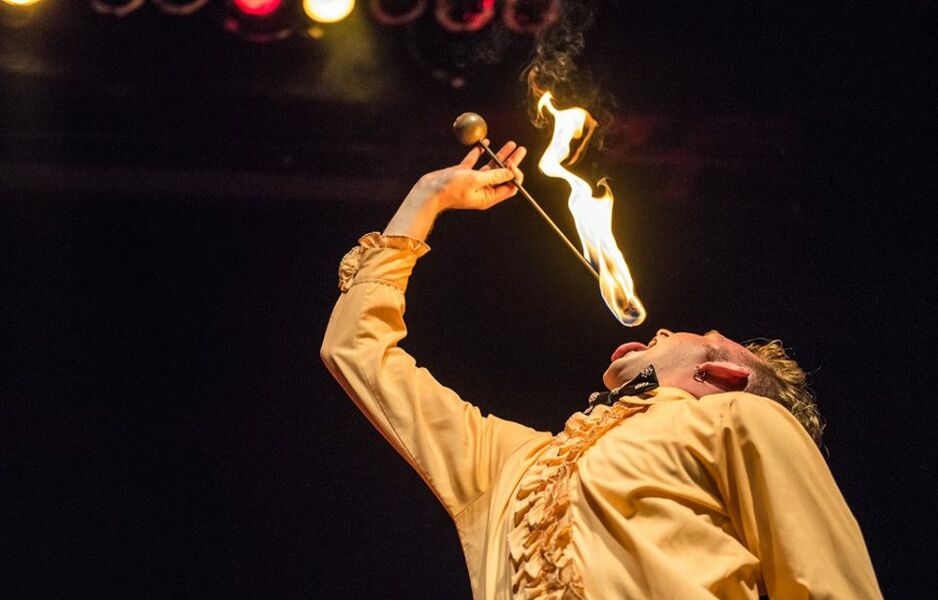 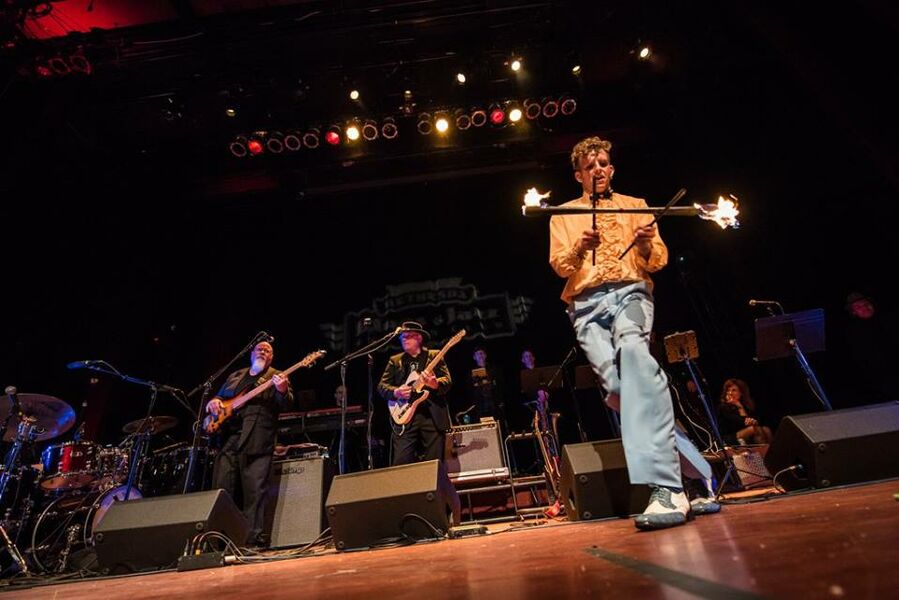 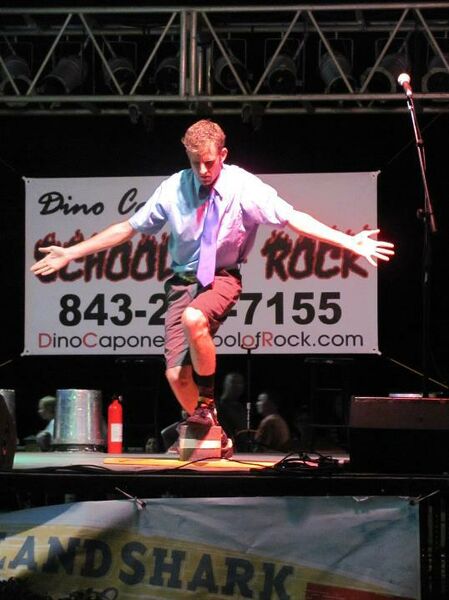 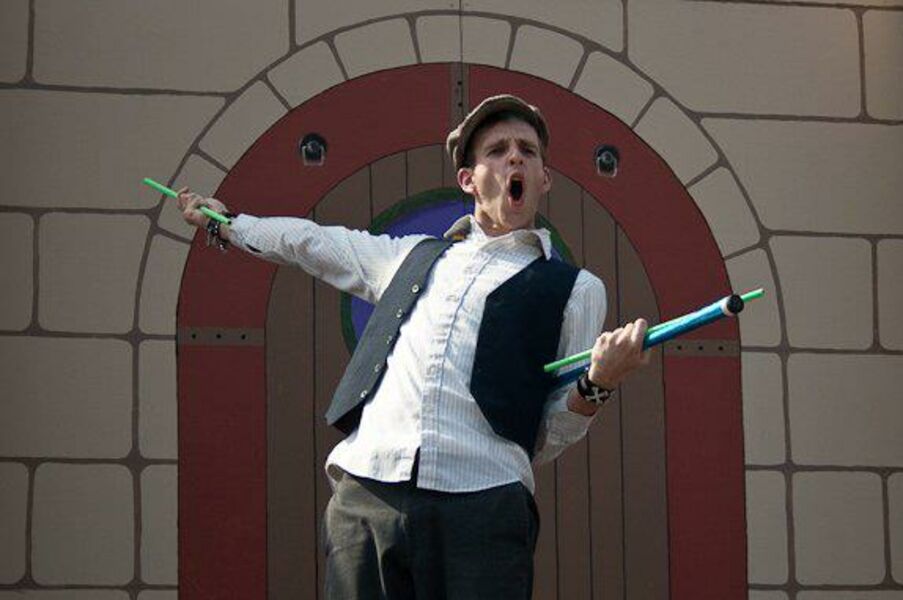 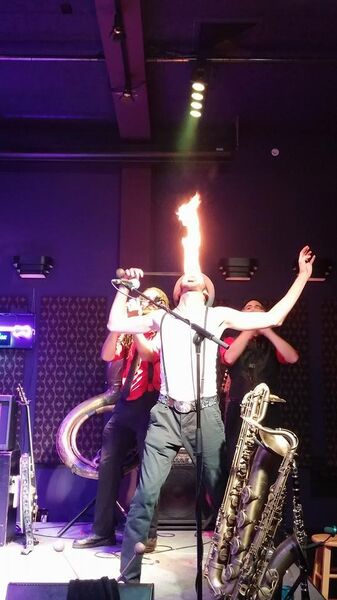 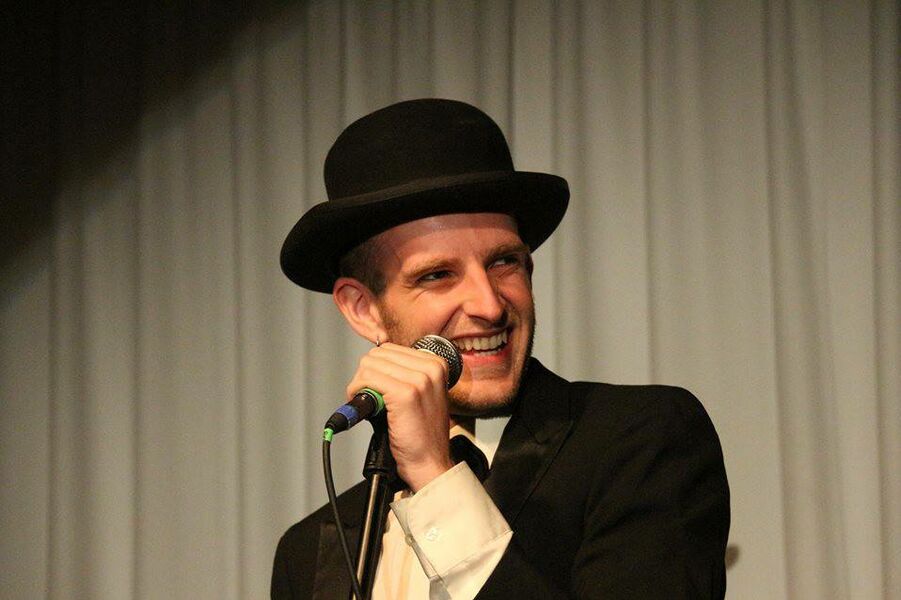