Comedian from Chicago, IL - Will travel up to 500 miles
110
183 VERIFIED BOOKINGS
MEMBER SINCE 2006
ACCEPTS ONLINE PAYMENTS
$500 - $2500 per event
ACCEPTS ONLINE PAYMENTS
VIRTUAL SERVICES OFFERED
The can't miss NUMBER ONE MOST BOOKED CHICAGO COMEDIAN on The Bash. By hiring Don Tersigni, you get hassle free, top rate, non-offensive, crowd pleasing, 5 star humorous entertainment by one of America's Premier Comedy Impressionists!! Side splitting clean stand-up comedy, dead on celebrity voice impressions (Stallone, Arnold, Clint, Homer Simpson, etc) Vegas style song impersonations of Elvis, Dean Martin, Johnny Cash, Louie Armstrong among others. More than just a stand-up comic, he's a whole Las Vegas stage show waiting to make your event a smashing success! This is Don Tersigni "The Voice Chameleon"! Maybe Mark Ridley of The Comedy Castle in Royal Oak, MI said it best, "Don has always been a real crowd pleaser and extremely professional in his approach to comedy...and what a hit he and his voices are!"
Don, a Detroit area native and former winner of Ed McMahon's "NEXT BIG STAR" National TV Talent show, began performing while serving in the US Navy. He has performed in Las Vegas and Nashville and has shared the stage with Steve Harvey, Louie Anderson, Jewel, Jimmy "JJ" Walker, Jon Stewart, Tommy Chong, Gilbert Gottfried, Ted Nugent and Weird Al Yankovic among others. Don has appeared on HBO Comic Relief, ABC's America's Funniest People, FOX's Show me the Funny, The Michael Essany Show on E!TV. Don has performed at the following CASINOS; The Rio Las Vegas, Agua Caliente Palm Springs, The Beau Rivage, Ameristar, Harrah's, Blue Chip, Motor City Casino and The Ho Chunk. Corporate Clients include; Amway, Shaklee Corp., State Farm,Buick Motor Co., Cadillac, United Way, Cabela's, Humana, Wells Fargo, The Whirlpool Corp and many others. Whatever the occasion, Don Tersigni has the unique talent to provide what you need. Don's voice has also been heard on WLUP 97.9 "The Loop" in Chicago, Indiana 105 FM, WZVN 107.1, WXRD 103.9 and WAKE AM 1500, (all in the Chicagoland area)and he has taken home 2 Spectrum Awards for Radio Voice Overs from the IBA.
(more)

OMG, I am still excited at the thought of Don Tersigni's performance at my husband's Surprise 60th Birthday Party!! Don Tersigni is so talented, funny and professional from beginning to end!! I am still receiving texts and phone calls from guests sharing with me how much they LOVED Don Tersigni's performance!! He truly was the "Cherry On Top" of our already nice birthday party!! He incorporated impressions and humor that were understood by both the youngest and the most mature of our crowd!!! DON, you are not only TALENTED and FUNNY, you are a CLASS ACT!!!!!! Don, thank you, thank you, thank you!! Don and Marilyn G., St. Louis, Missouri

Don was very professional and easy to work with while setting up our event. His show was excellent and our members were entertained and completely enjoyed the material and his presentation. Don's talent further showed because he was able to include those in attendance making them feel a personal connection with him. His material was clean and appropriate. He truly is the man of many voices and does the impressions so well that he seems as though they were actually in the room with us. I would recommend Don to any group regardless of the size and guarantee you will not be disappointed.

Yesterday and for the third time, Don performed at the Cedarburg, Wisconsin American Legion Christmas Party for veterans from Zablocki Medical Center in Milwaukee. It is so gratifying to see how this Navy veteran is able to get each and every one of our heroes smiling and laughing and enjoying every bit of his performance. His talent and personality are a gift to all of us. He has been requested for a fourth performance next year in 2020. 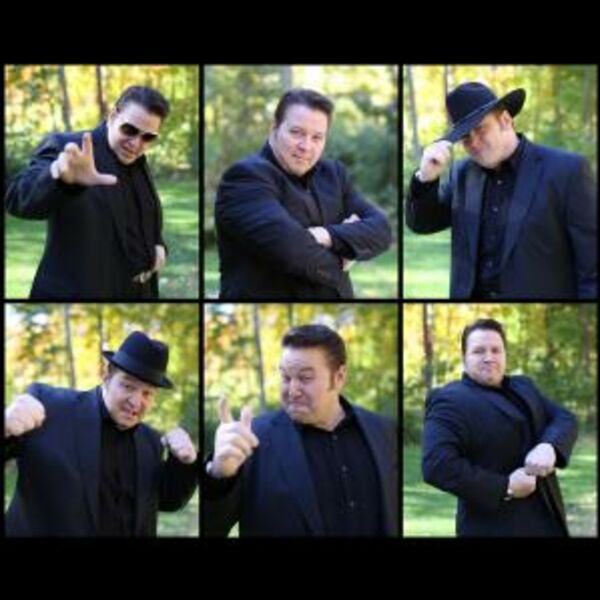 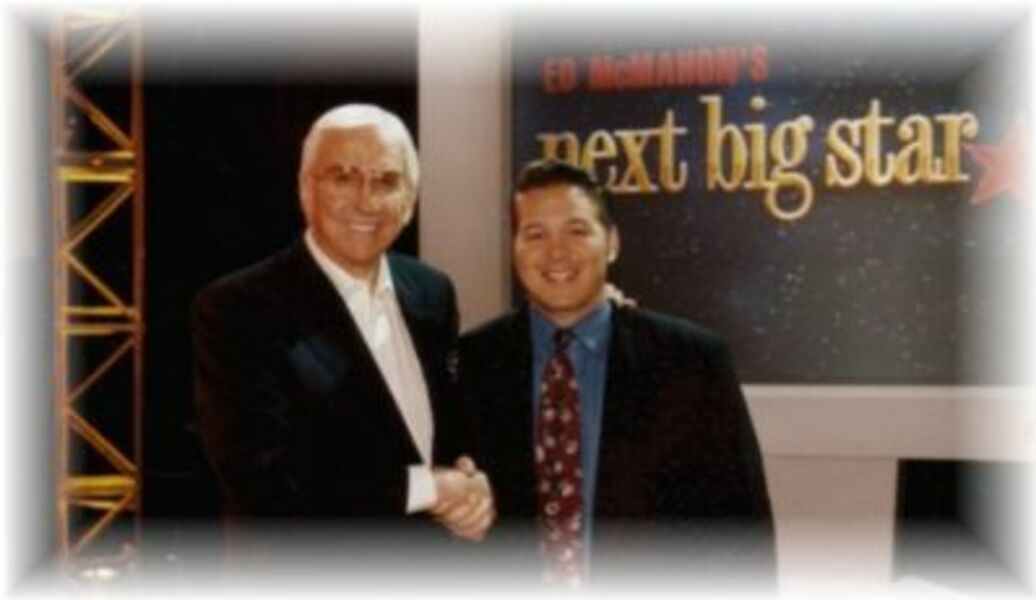 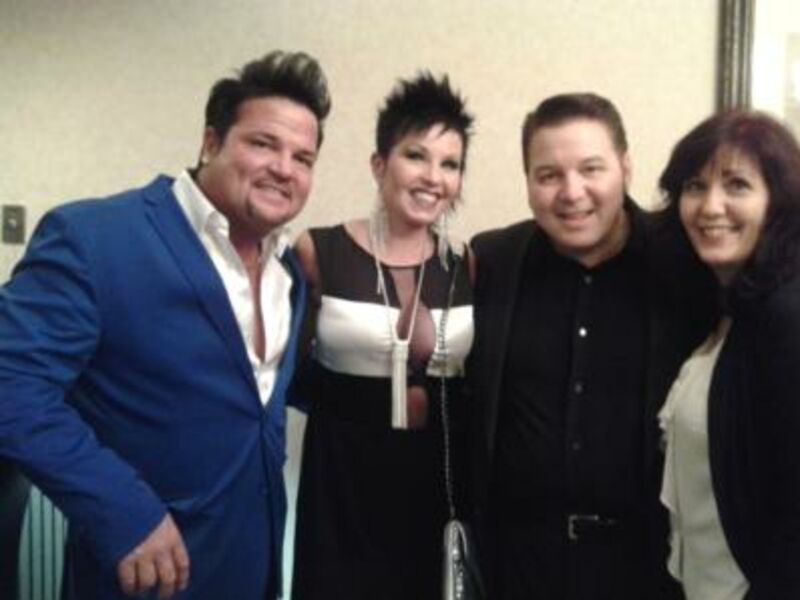 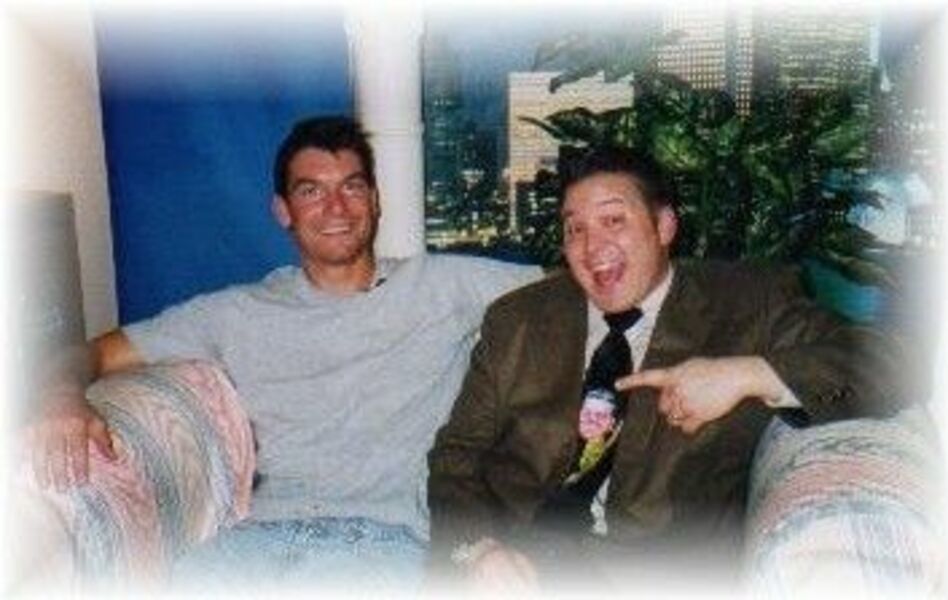 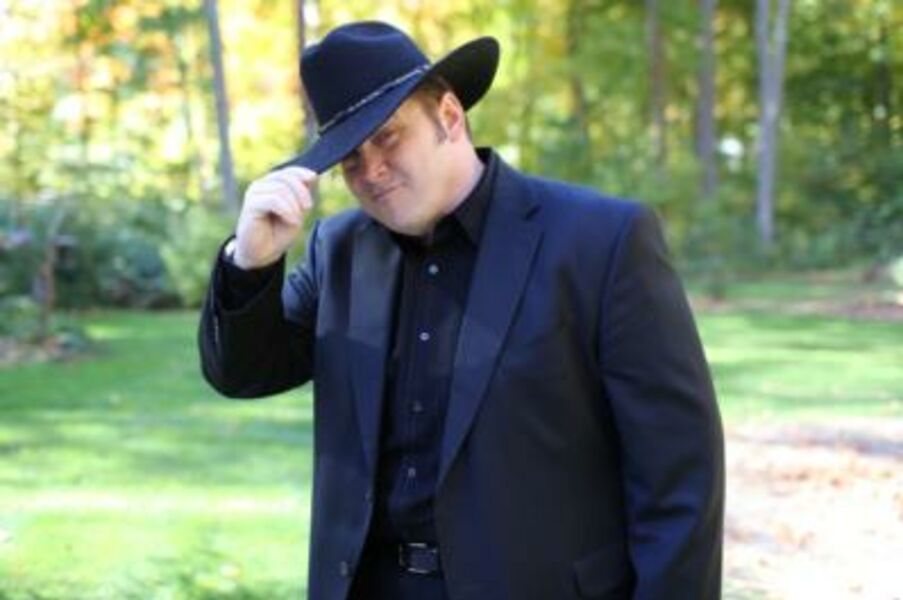 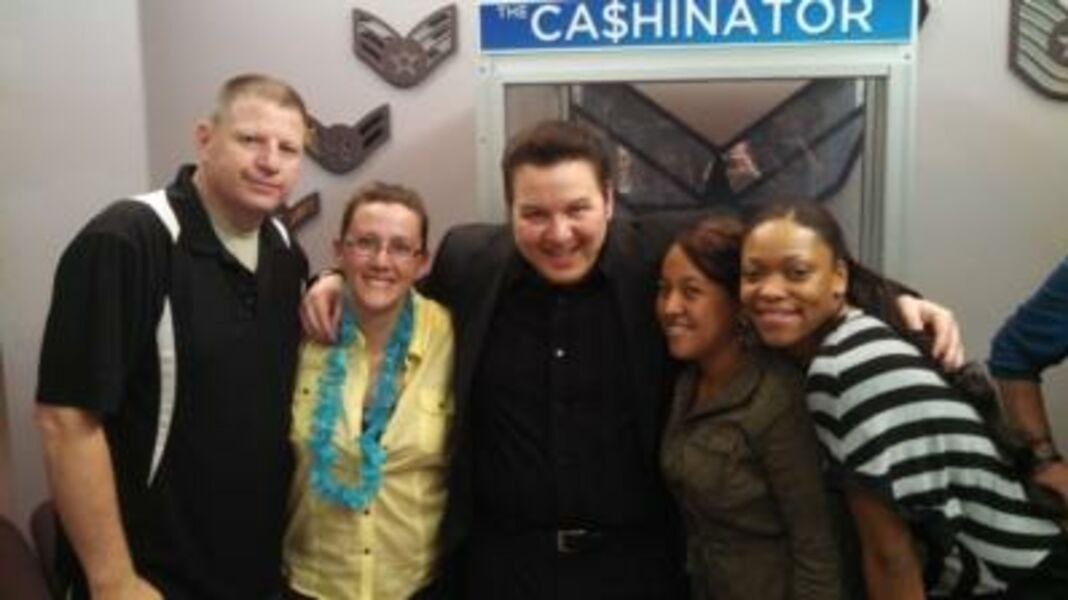 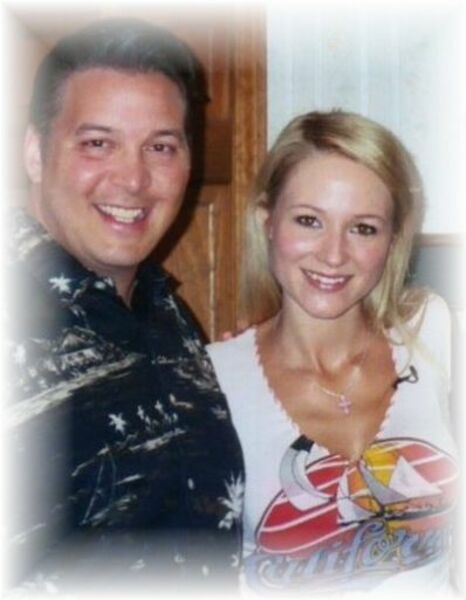 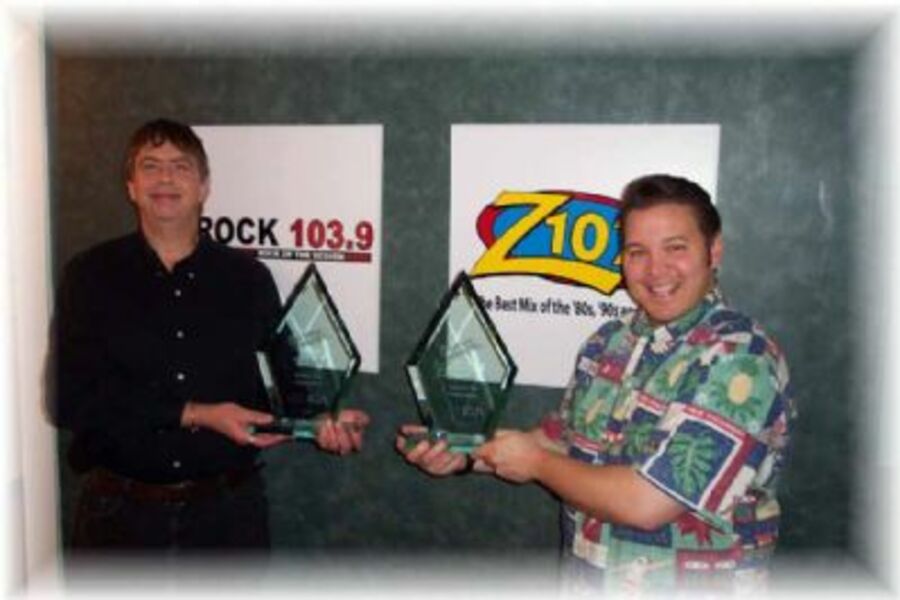 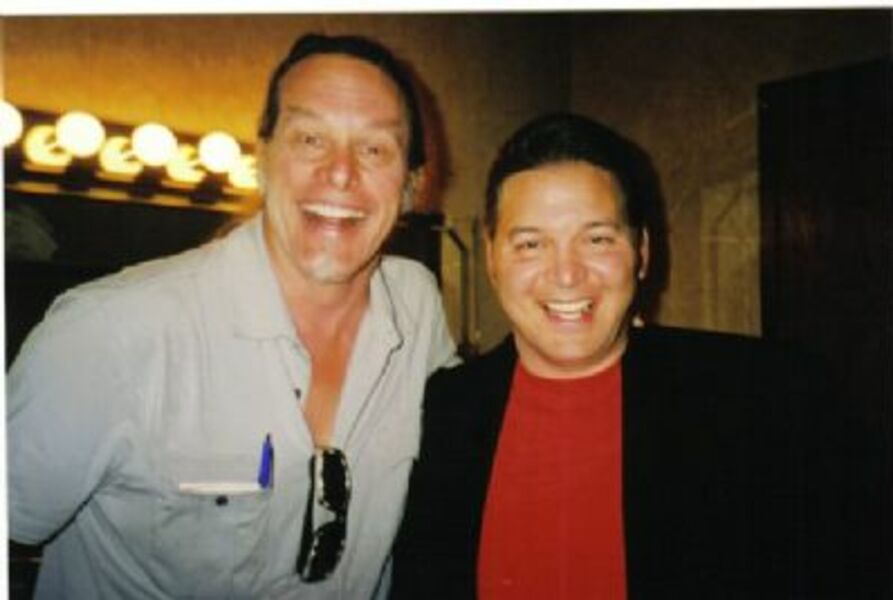 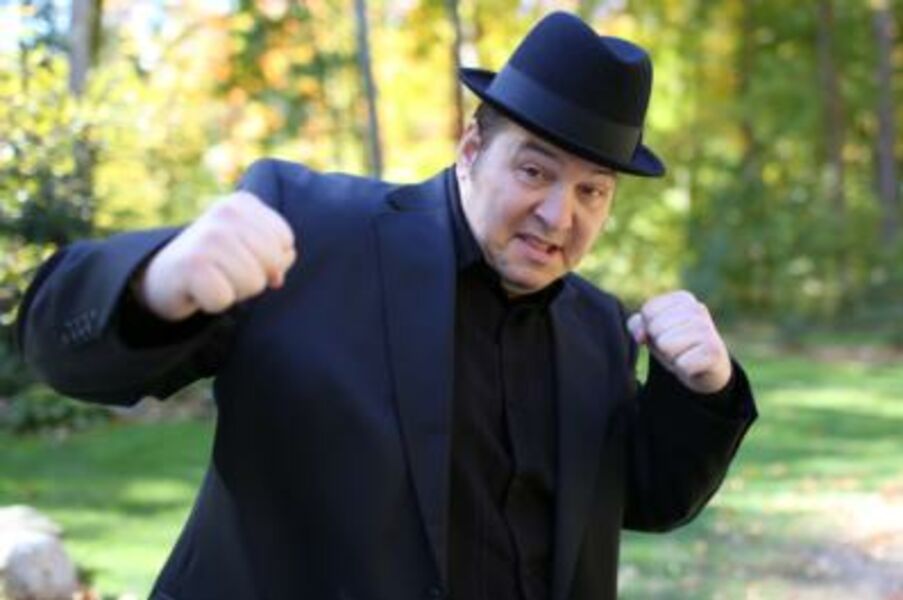 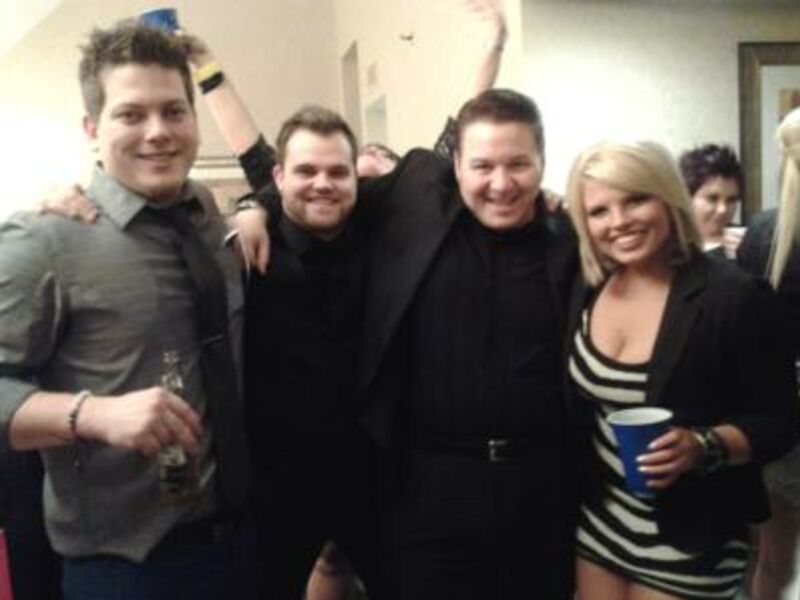 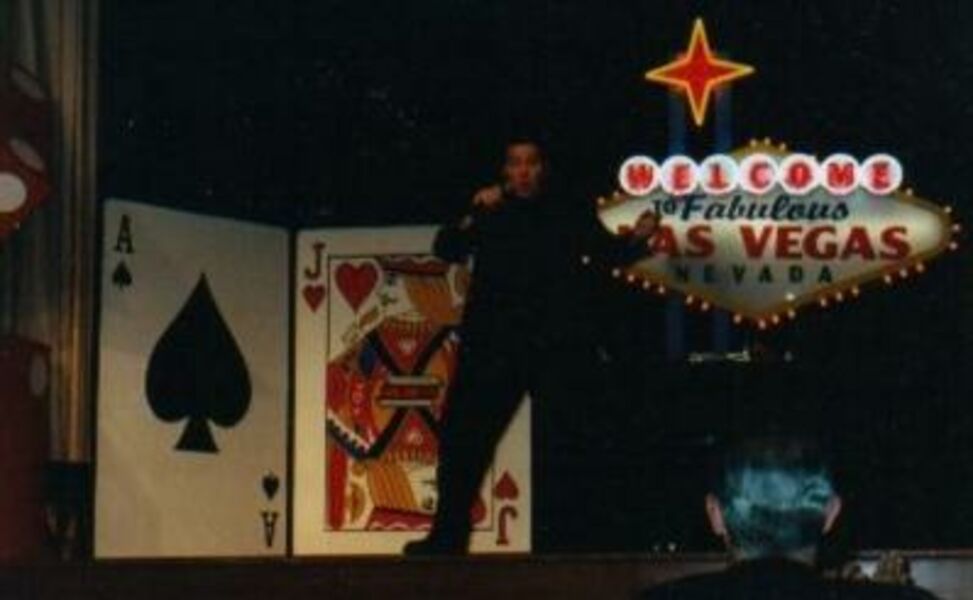 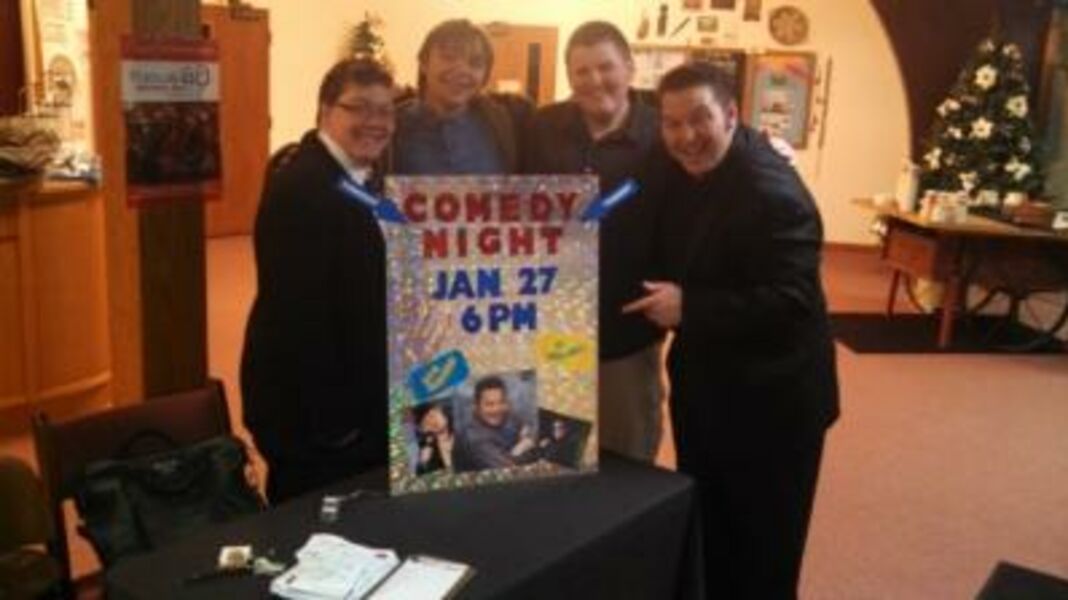 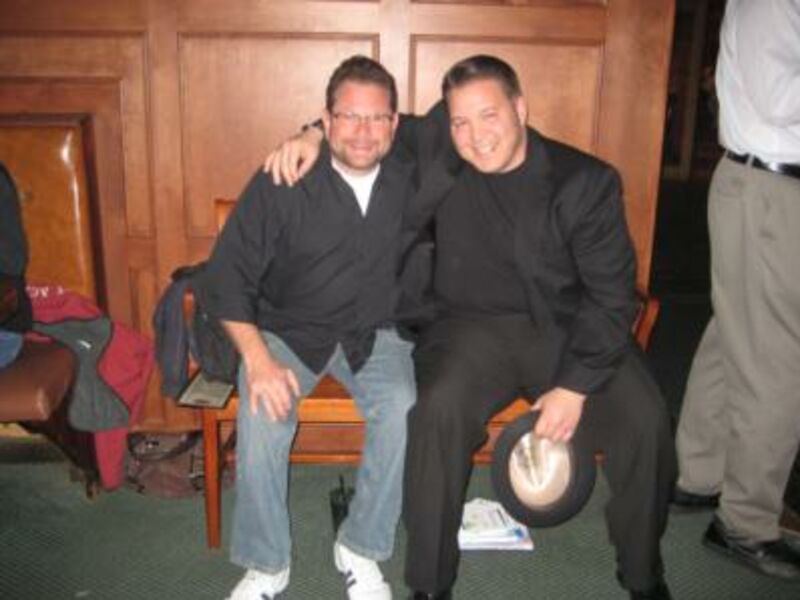 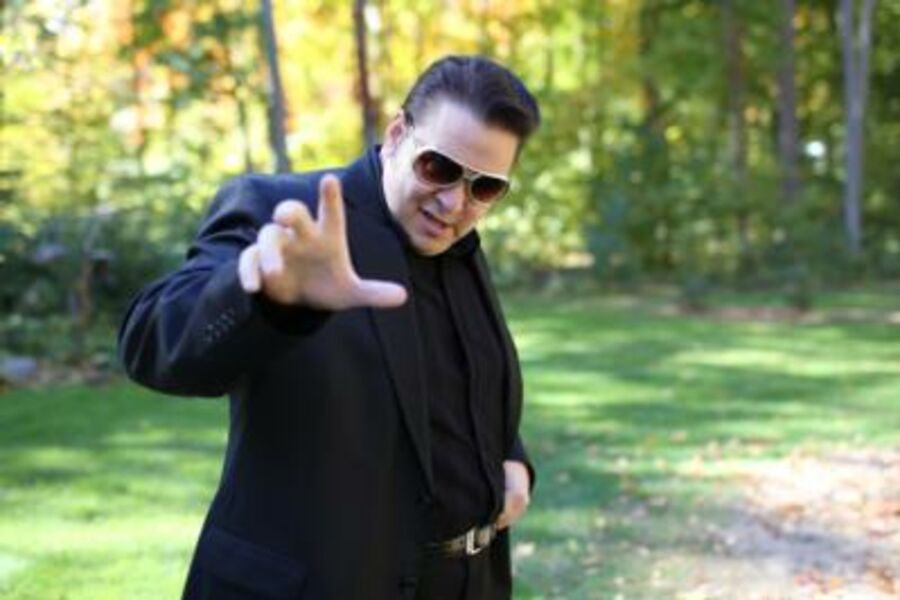 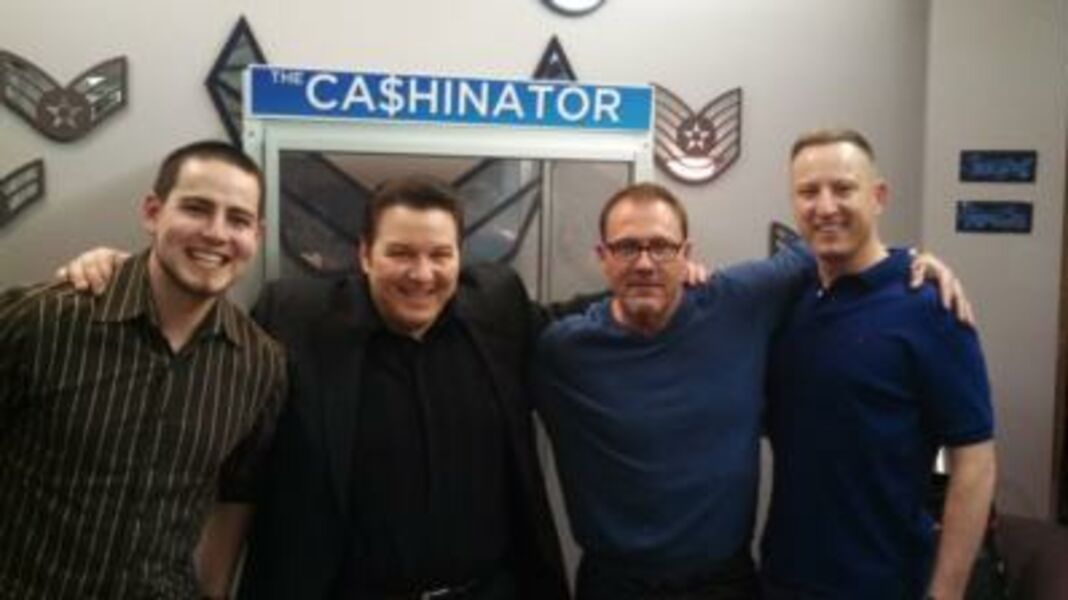 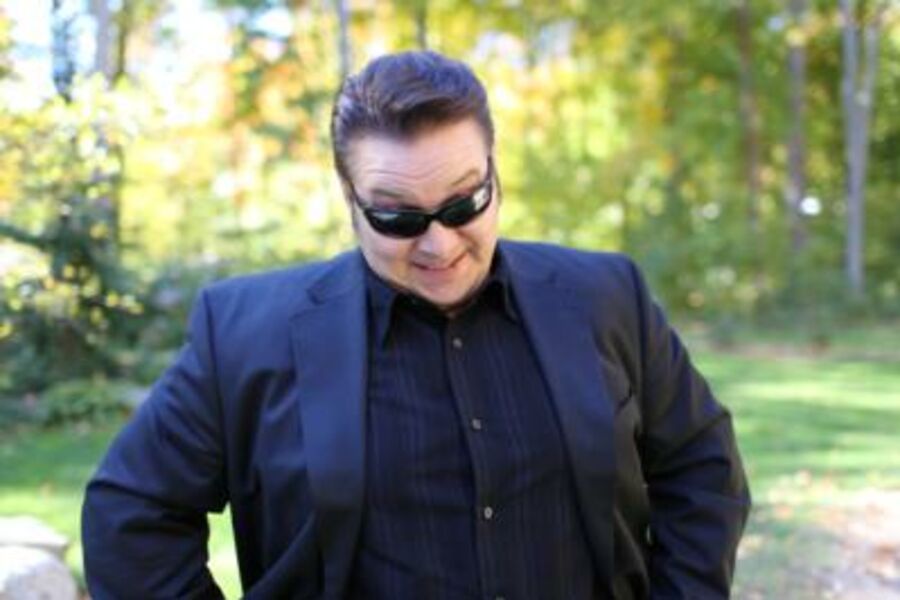 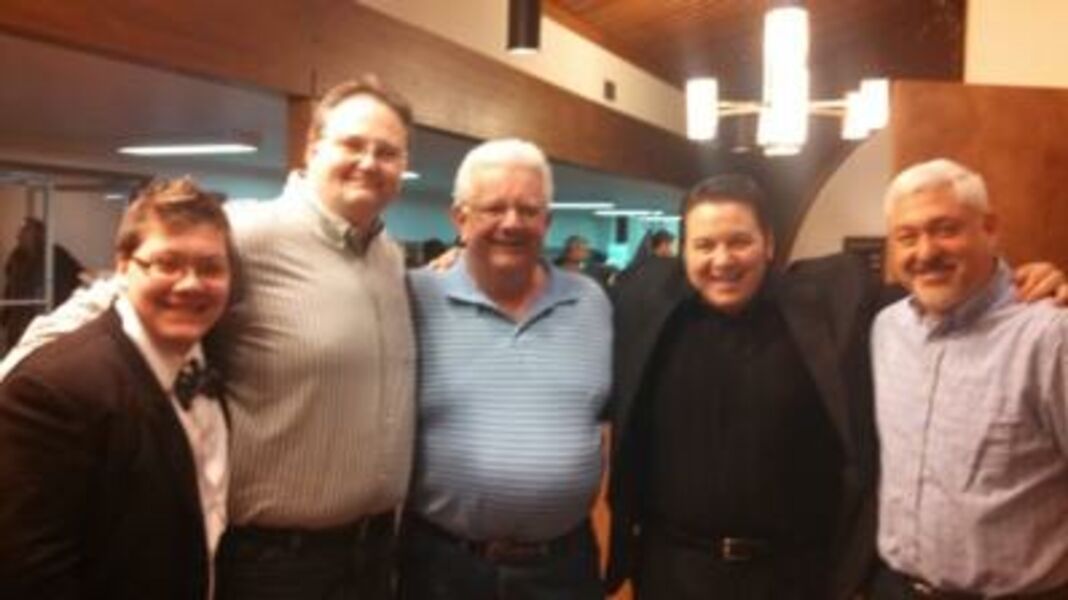 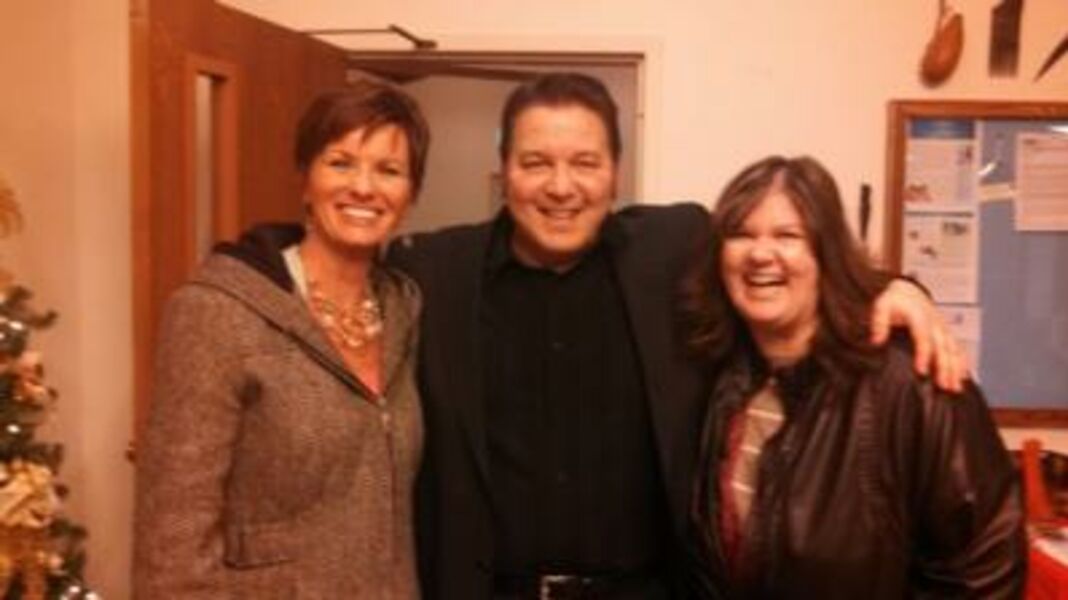 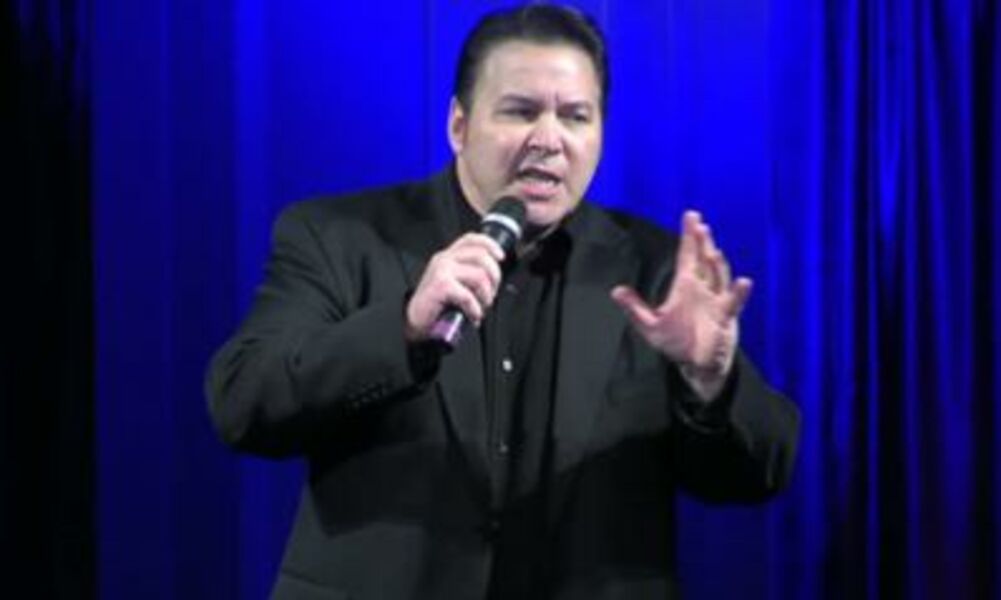 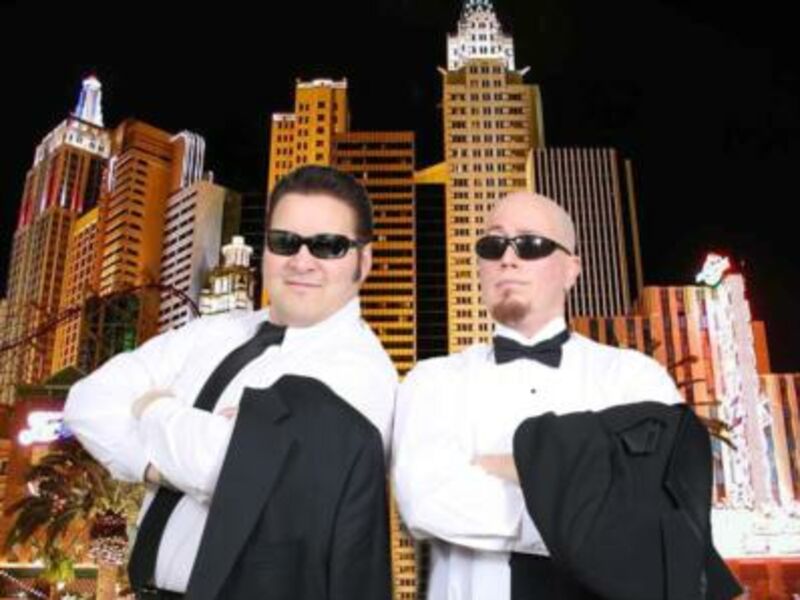