- I am a capable emccee, keynote speaker, comedian and entertainer
capable of customizing my material to fit just about any event please see my bio below!

JaMarr has made appearances on ABC's Katie Show, NBC's Dr. OZ show and MTV while being a fan favorite on military bases not as a veteran on the Marine Corps and Navy when he isn't performing at corporations

As a born again Comedian JaMarr John Johnson could have been anything in his second life. As former Marine and Naval officer Jamarr has touched frontiers that few others can claim. After an accomplished military career of 14 years Jamarr finally found his calling in comedy.

It all really started on his 18th birthday where Jamarr was one of three highs school seniors to speak to a banquet all of over 2000 people at the Waldorf Astoria hotel in New York City on behalf of an organization named Facing History & Ourselves. After his speech JaMarr rubbed shoulders with Koffi Annon who was the head of the United Nations and was tracked down by NYC's Education Chancellor Rudy Crew. Chancellor Crew told JaMarr he had a bright future ahead of him do long as he kept on smiling and got his teeth whitened. Unfortunately this advice wasn't helpful in the Marine Corps. JaMarr adapted and overcame this obstacle and through numerous recommendations, he obtained a Naval Reserve Officer Training Corps scholarship. With his scholarship in hand Jamarr marched to Auburn University in the heart of the south. With optimism in hand and working 40 hours a week at an assistant living facility he battled his way to a degree. It was here that Jamarr entertained the old and mostly forgotten and realized that love and laughter could keep people alive.

After graduation JaMarr selected orders to Japan where he lived for 27 months. Sailing all over the pacific through storms and other in climate weather Jamarr visited countries such as India, singapore, Korea, Vietnam, Kota Kinabalu, Korea and Hong Kong to name a few. While in Asia JaMarr was starving for comedy so he brought the show to the crew and various community relations projects.

Upon returning to the states JaMarr received orders to attend the prestigious Naval Post Graduate School. During this tour of duty JaMarr had more free time than a prison inmate and decided to take his talents to the south beach of Monterey. The he found a comedy club and from day one was a professional. A bad professional,but still a professional. It was on his second night of performing in the feature position that JaMarr had made hundreds of course corrections in his act. After his set the club manager told him, "JaMarr you'll go far if you keep working hard like that and get your teeth straightened." JaMarr took heed and got invisalign the very next day.

Since then JaMarr never looked back, mostly because his car didn't have a rear view mirror. JaMarr has played major clubs in New York, Los Angeles, San Francisco, Boston and Canada. He has also performed for countless charitable events and helped to raise money for disaster relief. Jamarr even made a splash at a rare Dave Chappelle performance when Dave got a hold of his business card, read it aloud to the audience and got a huge laugh off JaMarr's Surprising punch line, which read: Comedian, Writer, Singer, Artist and all around Entrepremedian!

Jamar's comedy was teriffic. He arrived on time, brought his own sound system and assistants to help him set up. He performed for the specific amount of time we agreed on. He worked the crowed well, and had everyone laughing the entire time. HIs comedy was clean and he stuck to what we agreed to before the party. His impressions and singing ability are really good and he works that into his show in a very funny way. I would definately have Jamar Johnson perform at a party or event. He is a talented professional who will make your event go from good to great.

Jamarr was a pleasure to work with from start to finish! He helped me find a venue, stayed in touch with me up until curtain time to make sure everything was taken care of. As far as his act, OMG he is was so incredibly funny!!!!!!!! Everybody was cracking up!!!! Thank you Jamarr! You made the night the success it was!

I hired Jamarr as a Comedian/Roast Master for our annual holiday office luncheon. We wanted to Roast the boss and I was a little concern how it would play out. Jamarr was true to his word, he took the information we provided about the boss and worked it into the performance perfectly. Jamarr really is a very funny guy and a true professional. The boss as well as the staff all had a great time!!! I highly recommend Jamarr for your next event. Everyone in the office is still laughing and talking about Jamarr!!!! 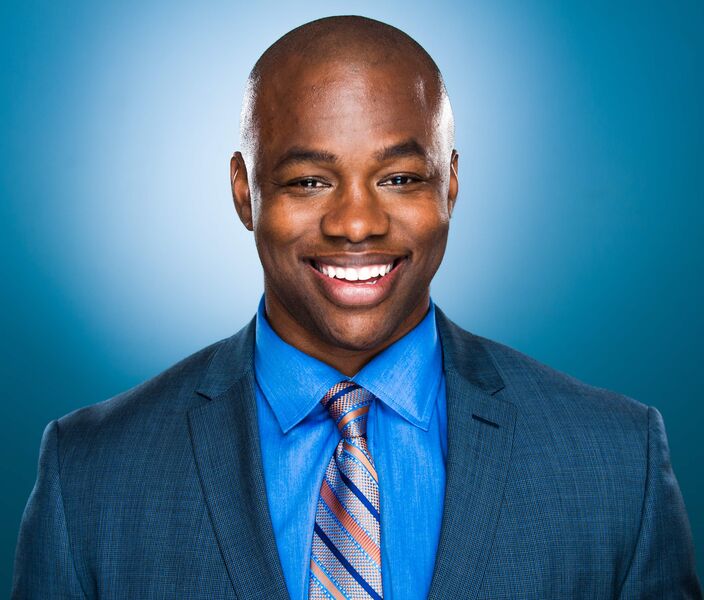 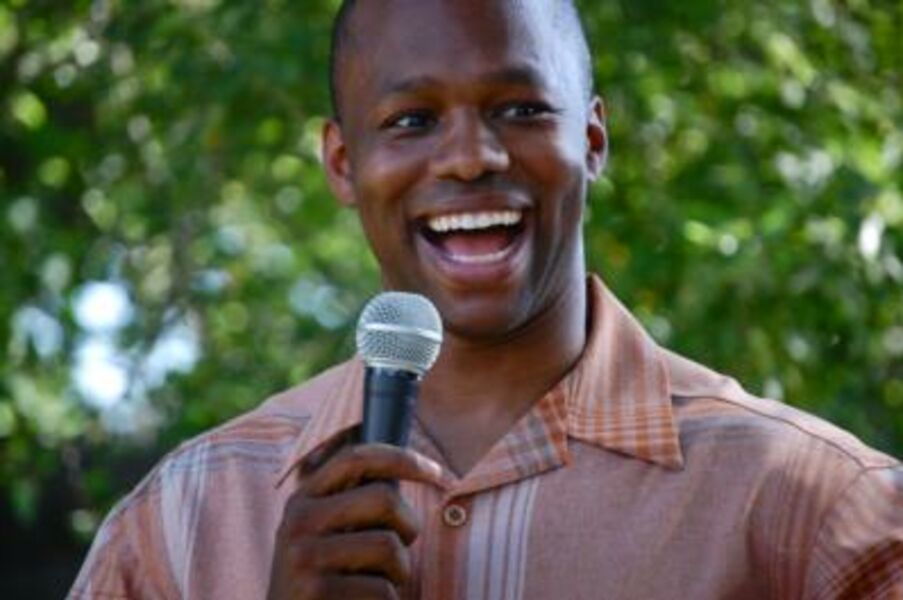 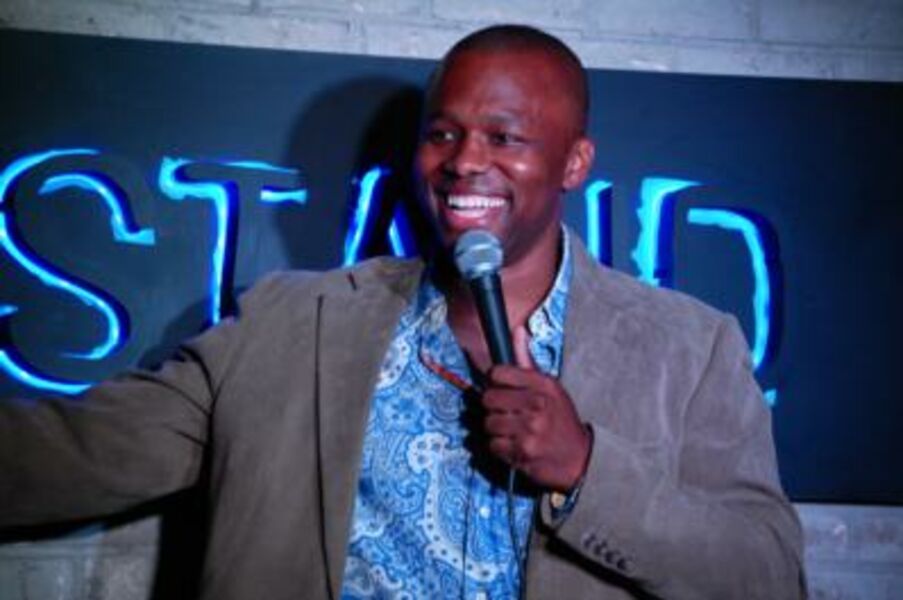 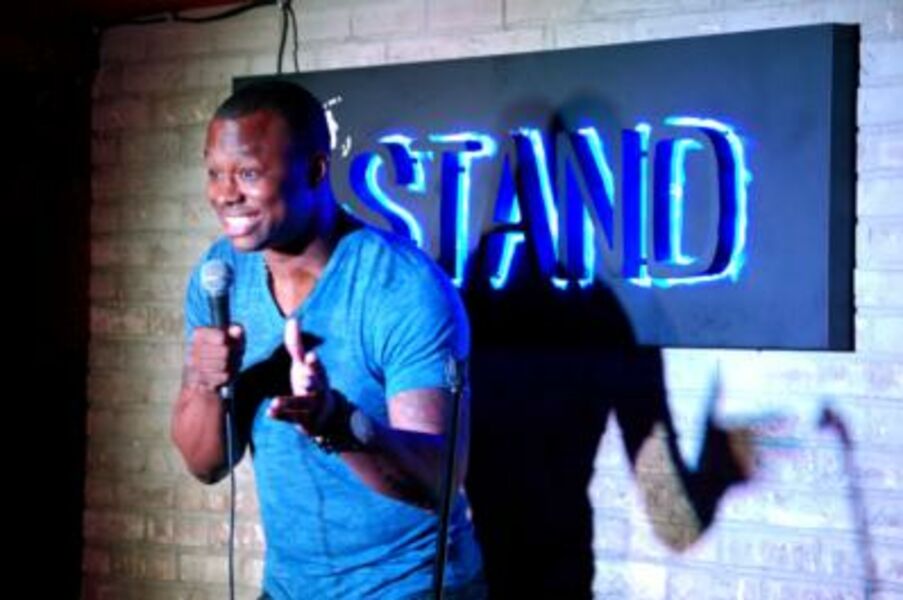 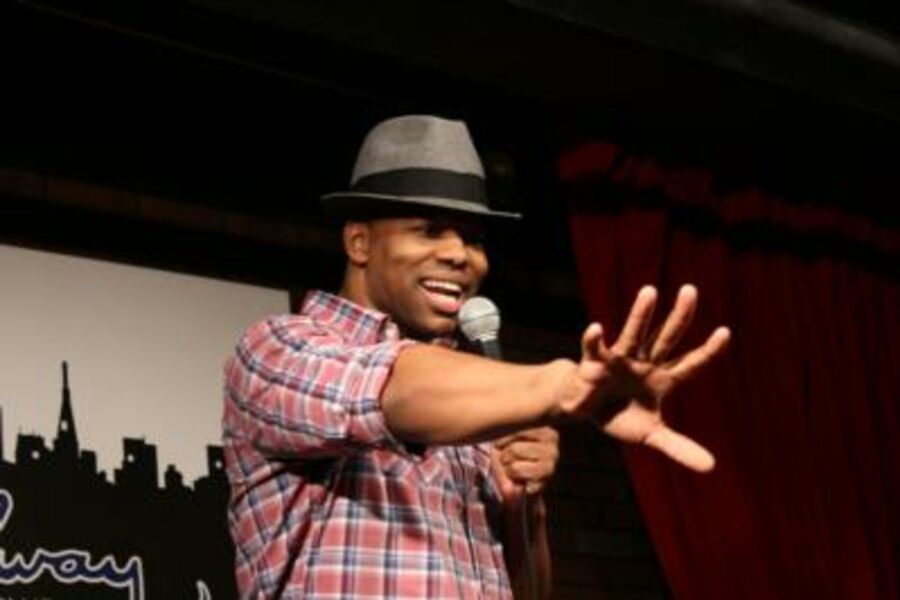 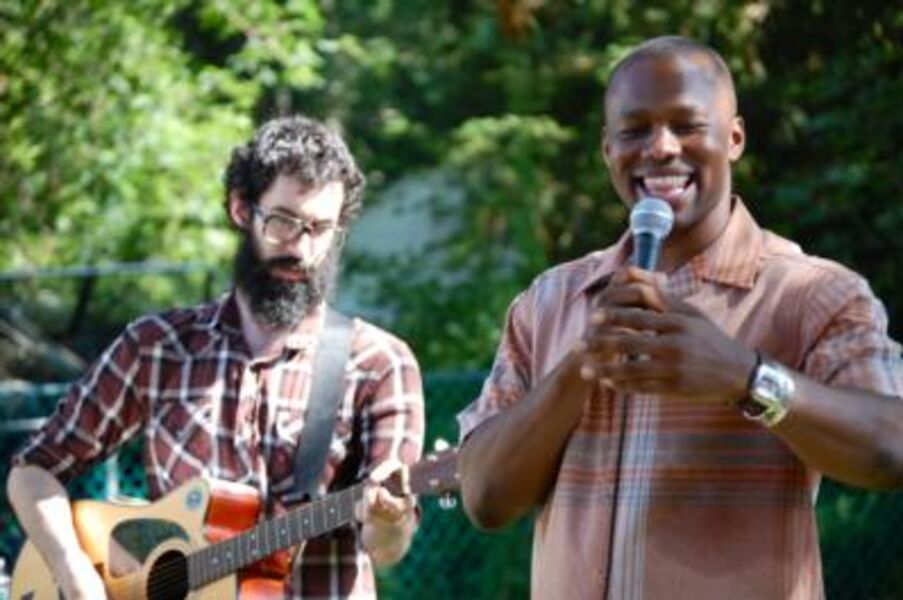 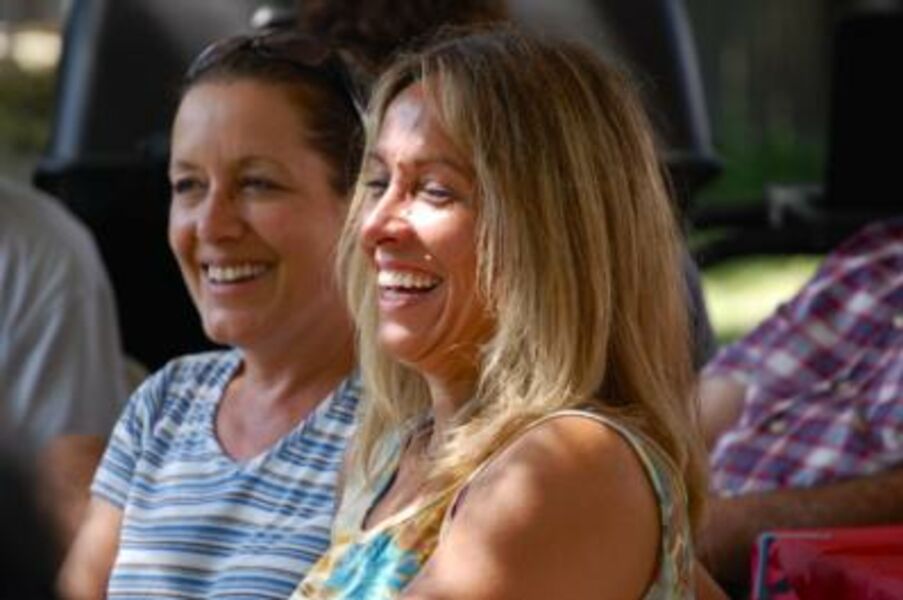 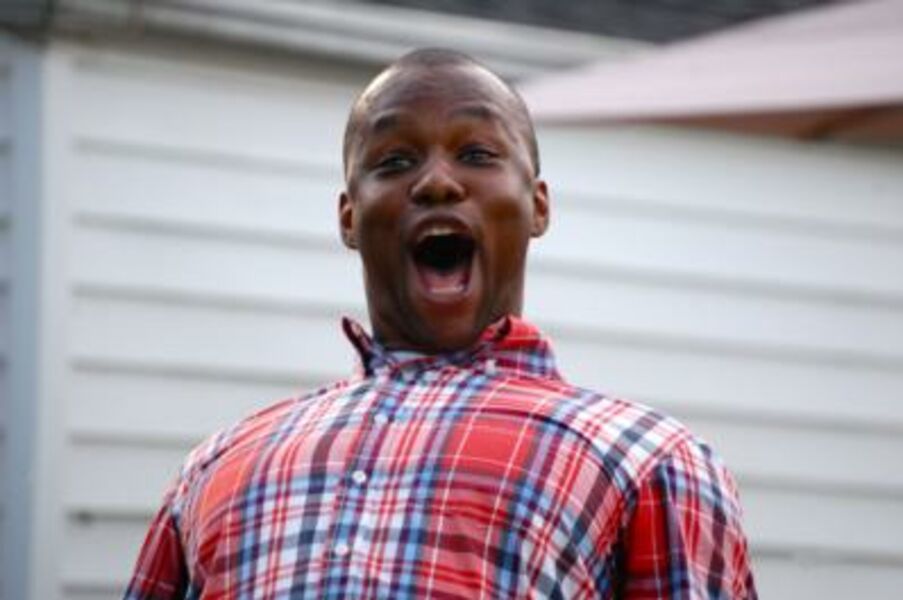 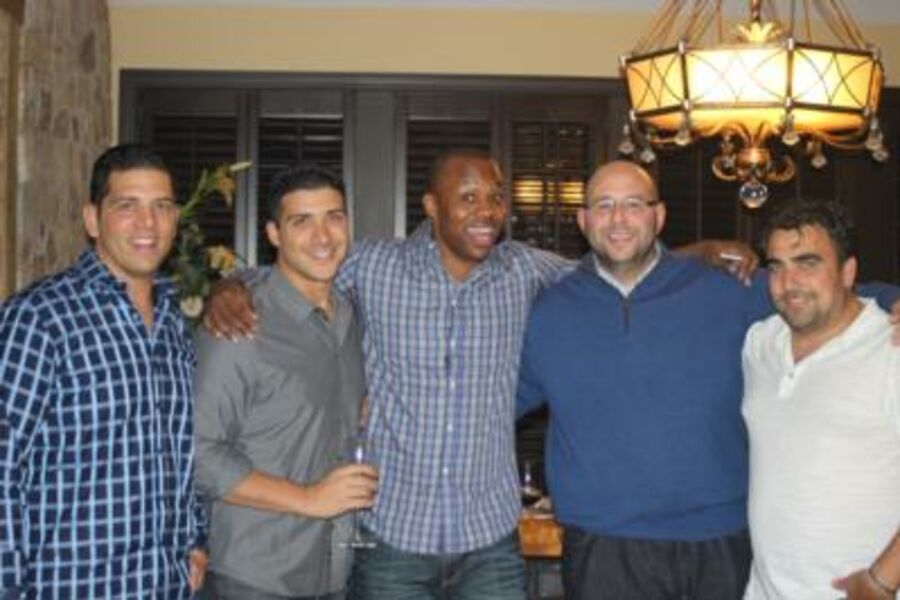 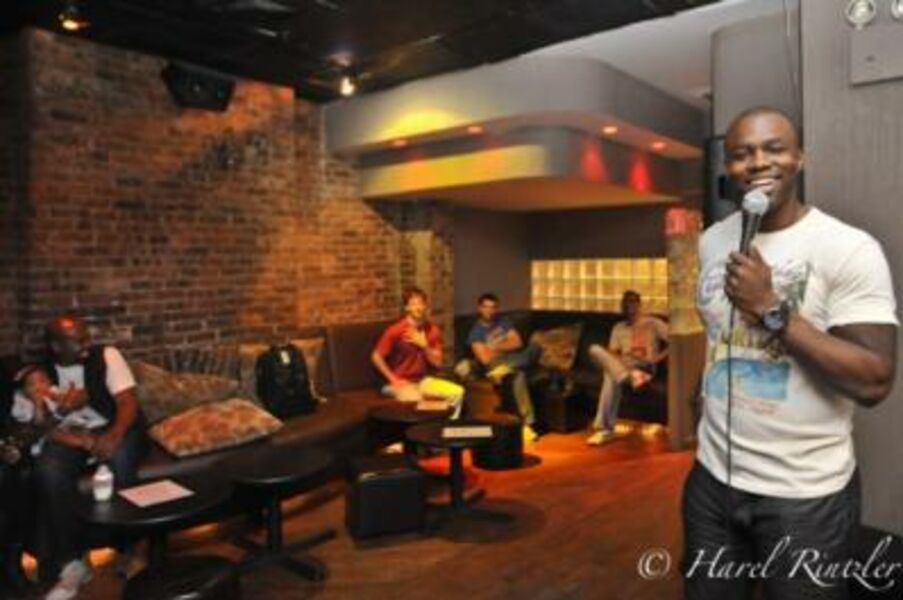 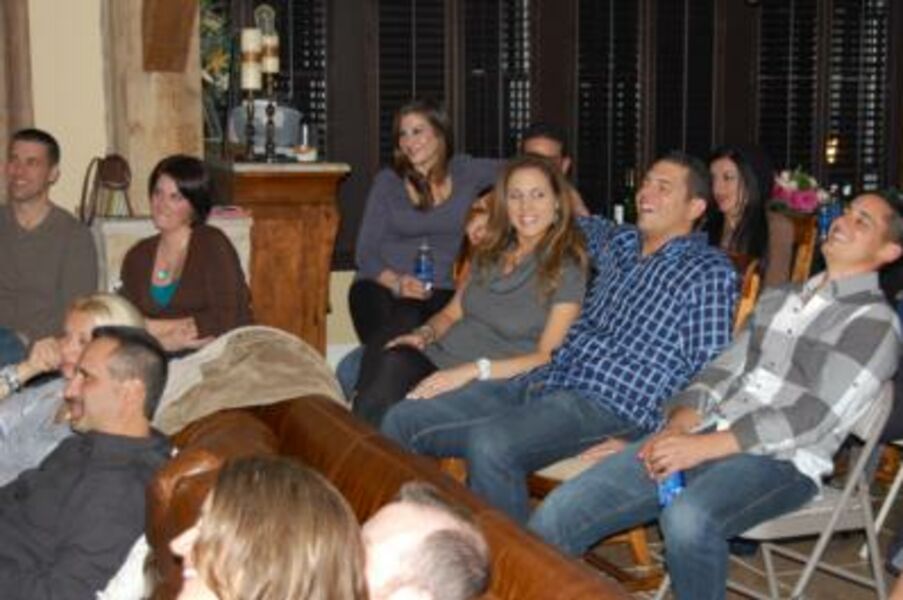 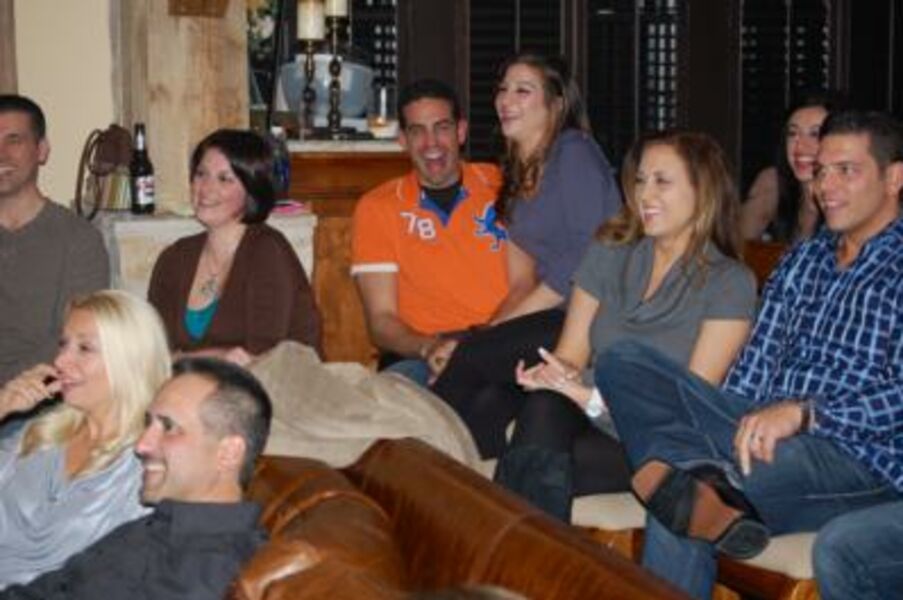 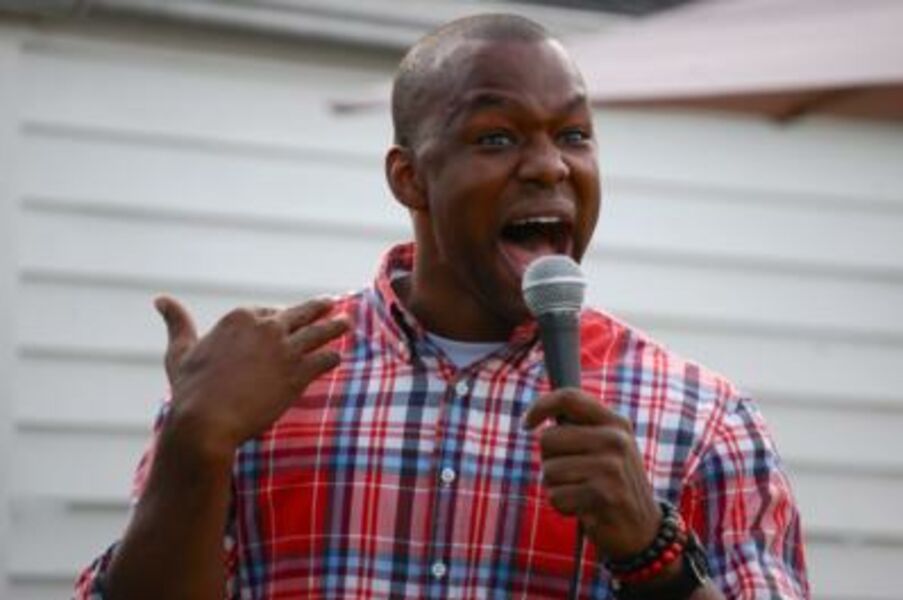 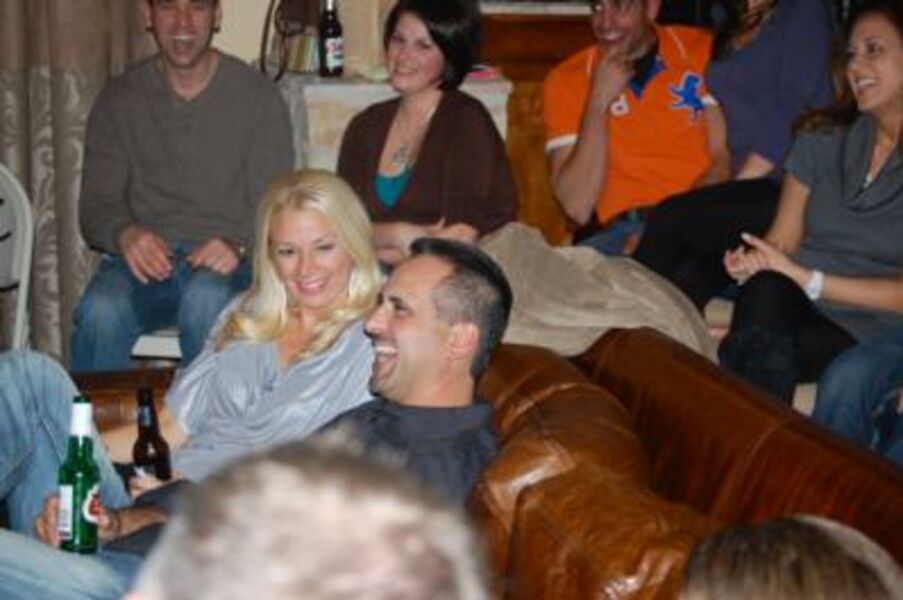 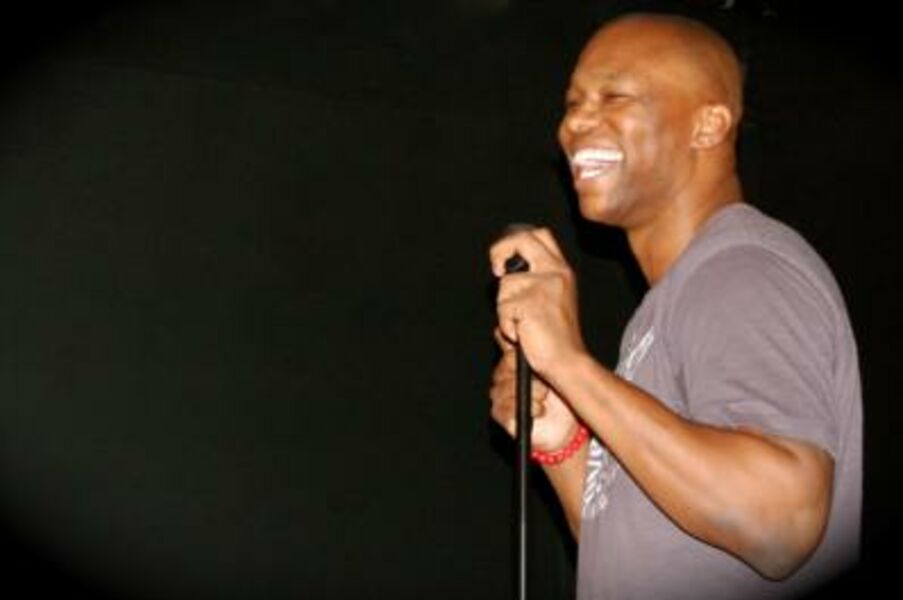 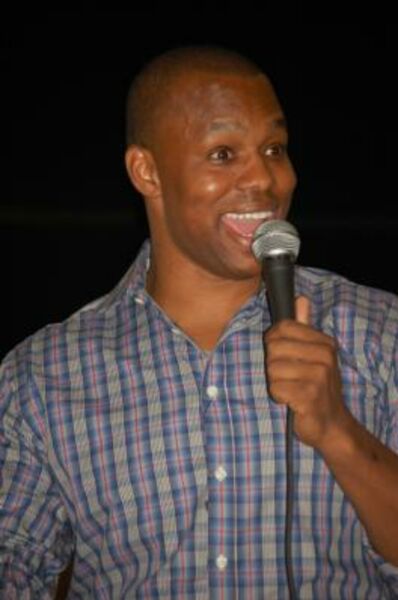 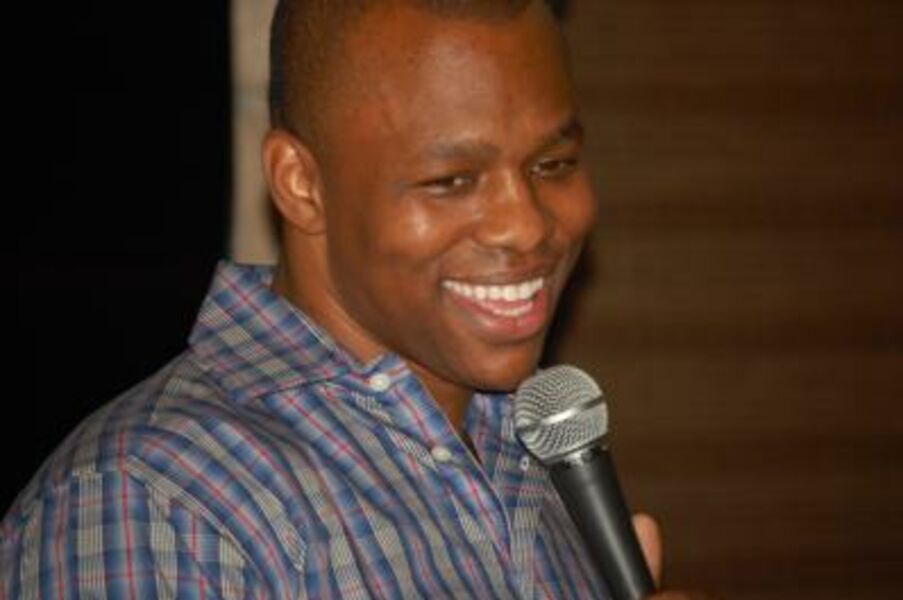 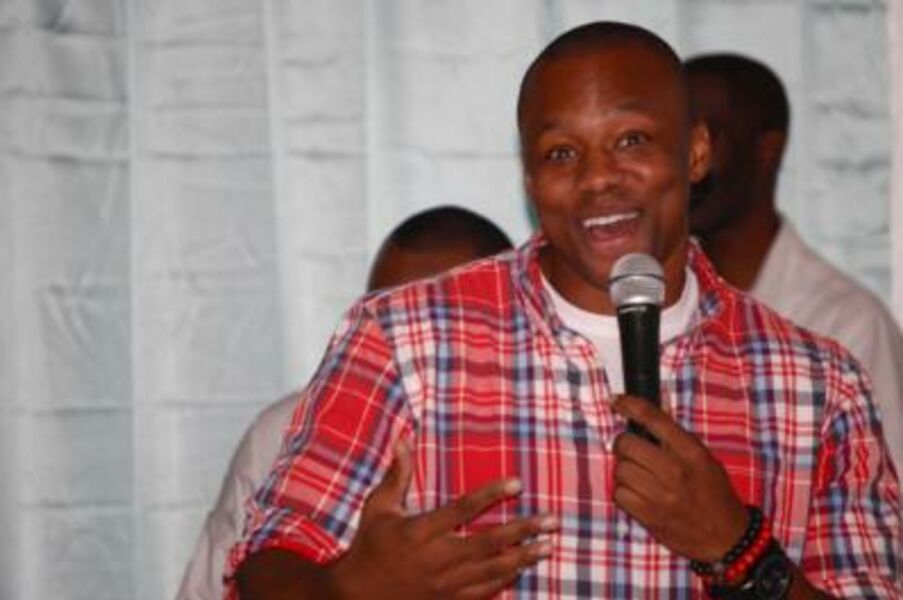 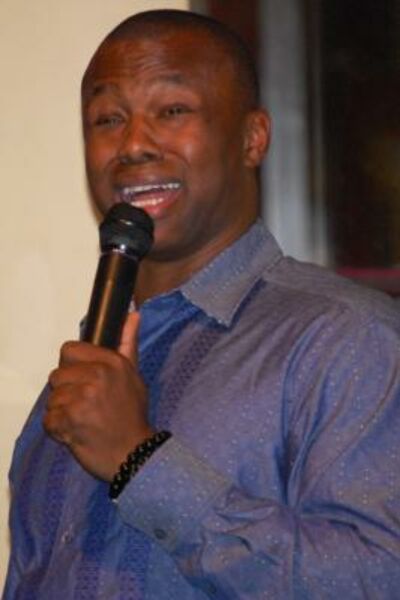 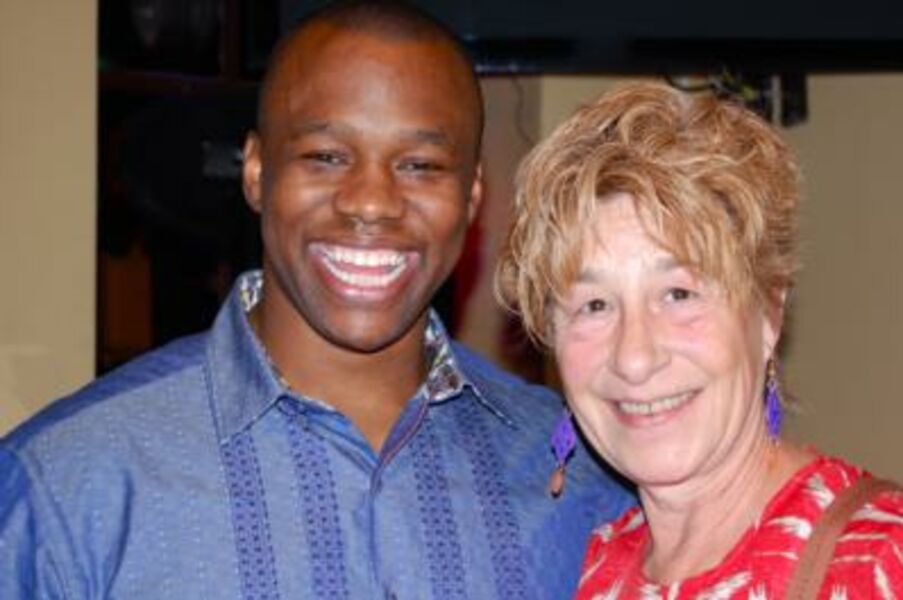 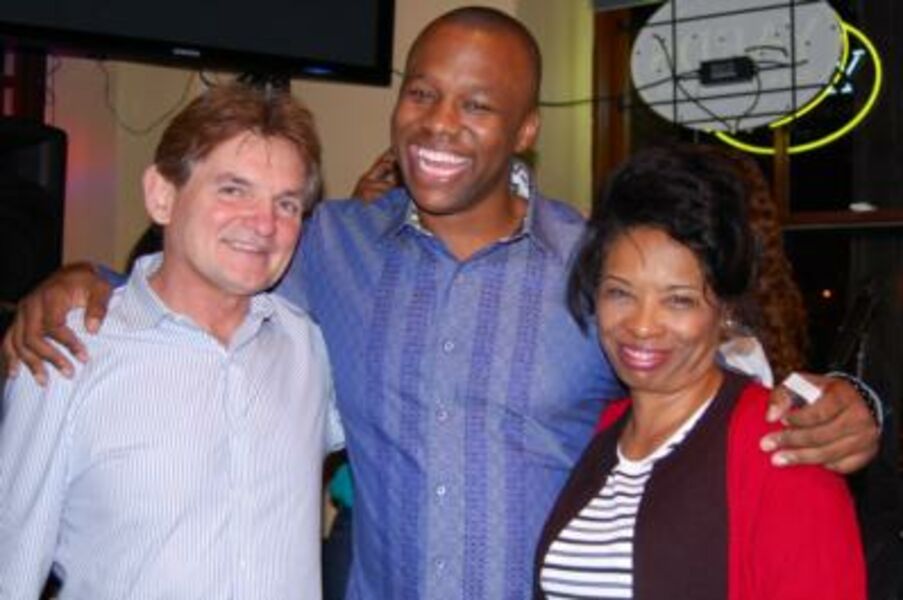