Comedian from Hoboken, NJ - Will travel up to 3000 miles
61
88 VERIFIED BOOKINGS
MEMBER SINCE 2009
ACCEPTS ONLINE PAYMENTS
$400 - $2500 per event
ACCEPTS ONLINE PAYMENTS
VIRTUAL SERVICES OFFERED
GRAND CHAMPION OF THE LADIES OF LAUGHTER COMPETITION HELD AT GOTHAM COMEDY CLUB AUG 2012----WINNER OF THE 2010 GILDA'S CLUB LAUGH OFF AWARD!
Professional comedian Robin Fox spent 17 years as a New Jersey stay at home mom. This "Real Housewife" was the funniest lady at the PTO and bus stop but one day decided to move her act to the comedy stage and has audiences roaring ever since. For the past 10 years, this very funny lady has been a crowd pleaser for audiences young and old and especially those somewhere in-between. Robin Fox is a one woman sitcom! She talks about her 26 year marriage to Wolfie, her children, her aging parents, and life in suburbia. She has audiences in hysterics about raising kids today in the crazy world we all live in. Robin airs her strong opinions on just about anything and everything and has you laughing. Not only is she funny, her act is also memorable and unique.

In addition to performing at some of the very best clubs, resorts, and casinos, you can book Robin for PRIVATE EVENTS. OR Have ...ROBIN FOX COMEDY EVENTS can put on a multiple Comedian COMEDY NIGHT for you and your group.

From hosting an awards show at Lincoln Center in NYC, to performing for community and business leaders at the opening of a new shopping center, Robin does it all. Robin can be found turning a bridal shower upside down with laughter in the afternoon and later that night performing at a senior center or hilarious raucous beefsteak comedy show for a local sports team. Birthdays, anniversaries, YOU NAME IT....this funny lady does it all. PRIVATE PARTIES Private Parties are Robin's Specialty.... this is where Robin truly shines! Robin brings a fun and fresh approach to each and every event. She can even customize her comedy, presenting new and funny material, written just for you to fit the occasion. Robin can do a show to fit any rating from PG 13 and up that will meet your requirement. Robin can work solo or can fashion a real NY Night of Comedy and bring other top NYC comedians to your event. Robin can also perform a Friar's-style Roast - perfect for birthday celebrations. You can not go wrong booking this funny lady.

FUNDRAISERS AND FUNDRAISER COMEDY EVENTS Robin performs at 100's of fundraisers each year. She can perform a solo show of 45 mins to one hour for your group...OR ROBIN FOX COMEDY EVENTS can put on a multiple Comedian COMEDY NIGHT for you and your group.


If a Comedy Night Club style show is what you're looking for, Robin can bring out one or more very talented comedians to do a full blown night of comedy. Robin can not only find very funny comics to fit your budget, she knows their style and material and who will blend best for your group to make the best show possible. Robin also has years of experience as a fundraiser and will share her expertise with you so that you can raise as much money as possible. Having done hundreds of successful fundraisers she knows first hand what makes for a profitable evening and will be happy to help you and advise you. If this is your first fundraiser, Robin has the patience and the knowledge to help you every step of the way.

*Robin would love to offer her services free of charge for every great cause but unfortunately she can't. She does, however, do shows free of charge for Blue Star Moms. These are moms of active service troops overseas. She also performs for cancer patients and their caregivers at Memorial Sloan Kettering Hospital in NYC.

Robin has performed for: Elks, Moose, Lions, and other fraternal groups,

Rotary, Kawians, and other civic groups,

BUSINESS AND CORPORATE Choosing the right comedian can make or break a business event. Robin is an HR manager's best friend. She can set and commit to a rating and is non political and yet always hysterical. Robin brings unique and fresh humor to your party or company event. Enjoyed by both women and men, young and old and especially liked by those in the MIDDLE! At the end of the day, your coworkers are moms and dads, sons and daughters. When you are doing a fun event and want to take off your corporate hats and just laugh, Robin is the one to bring it back to why we all work so hard and need a laugh. Her family humor of trying to do it all and please no one in her family at the same time... is perfect for your next event.

Robin has done shows for... Johnson and Johnson, Pinnacle Foods, The American Red Cross, The United Way, The Lucie Awards for Photography at Lincoln Center, Cystic Fibrosis Foundation, The PA Independent Accounts Assoc, Trump National Golf Club, and many others.

JEWISH COMEDY EVENTS No one it seems as a group needs or loves a good laugh more than the Jewish people! As a fellow "member of the tribe" Robin delights in performing original, fresh, and funny "Jewish content" for Jewish events, in addition to her amazing comedy act. She can perform solo or put on a full blown Jewish Comedy Night with several other top performers. Show available to meet most budgets.

Available for... Temple Comedy Nights - Reform, Conservative, Orthodox and non affiliated.... and a Buddhist here and there. Sisterhood events, Men's clubs, JCC's, Hadassah groups, NCJW, and more. Ask Robin to put you in touch with former clients and listen to them kvel as they sing her praises. Oy like butter they melt!

A PERSONAL NOTE FROM ROBIN.....

I am always honored when asked to perform at a private event . My goal as a performer is to entertain you and your guests and make for a fun and memorable event. I never lose sight of the fact that this is a special event for YOU and not just another gig. This is your company's dinner representing you! This is your bridal shower, birthday celebration etc.... and it is a milestone for you and your family's lives.

The key to hiring a great comic is finding the right performer who can fit your needs and suit your event best. To be certain that I am the right comedian for you, I consult with you and learn about your guests and your expectations for this event and answer any questions you might have. I am a very funny and talented performer and would love to do a show for you ONLY if we see that it is the right fit. More importantly, If I feel that I am not the right comic for you.... I will let you know and assist you in anyway I can to help you find the right comic here on GIGMASTERS that will suit your event. Thanks for finding me here on Gigmasters and taking the time to look at my profile -Robin


Robin is a regular on the comedy club circuit in New York City and surrounding NY, NJ, PA. region and all over the North East. She performs in NYC at Comix, Carolines, Gotham, Stand Up NY, The Laugh Factory, Ha, Broadway Comedy Club, NY Comedy Club and Eastville Comedy Club. In NJ, she can be seen at Rascals, Primetime Comedy Club, The Comedy Cove, The Stress Factory, and Comedy Cabaret. On Staten Island at Looney Bin and in Philly at Helium, the Laff House and Comedy Cabaret. Robin is a regular performer at Danny Aiello's club in Hoboken, Danny's Upstairs.

2010 Grand Prize winner of the 11th Annual Gilda's Club Laugh-off... Robin rose through the comedy ranks very quickly and has been a finalist at several prestigious comedy contests and festivals including the Bud Light Ladies of Laughter, Philly's Funniest Comedian contest, and Baltimore's Funniest. She was a runner up at The Laugh Off at Carolines in NYC. She also has been seen at the NJ Comedy Festival and at the NY Underground Comedy Festival. Robin can be heard on XM and Sirius Satellite Radio and has been a guest numerous times on the Joey Reynolds show on WOR coast to coast. Robin has been on We Entertainment television and on Lifetime TV. Robin was also featured in Cindy Adam's in the NY Daily News and NJ Daily Record.

Robin is a Gig Master client favorite for good reason... don't take our word for it read her glowing reviews and see for yourself. You can not go wrong booking this funny lady.

We used Robin Fox for a Corporate Event of 250 people to provide entertainment for our IBM Holiday Party. She was a perfect fit. Her routine had everyone laughing all night long and talking about the show afterwards. Robin was very easy to work with and accommodating. It was a great night... This was the 3rd year that we hosted an event like this and people told me afterwards this was the best event yet! That's a high compliment since people loved the prior years acts as well!!!!

I have worked events such as this for over 20 years, and Robin Fox was the BEST entertainment I've every booked. It could not have been an easier process and I hope to have her back. Several people came up to me to ask for information on booking her which is the best compliment possible. Prior to the event she made suggestions that were so helpful and last evening she arrived early, mingled with the crowd and didn't leave until the entire event was over. Please use my contact information should you ever need a reference for Robin and be sure to thank her again from the Marketing Dept. at Western Connecticut Health Network !!!

Robin was fantastic. Funny, entertaining, professional ans personable. Her show had all of us laughing to the point of tears. She is a seasoned performer with an excellent read of the room. So easy to work with and extremely accommodating. I would highly recommend Robin Fox for anyone's fundraising or entertainment needs. Funny, funny, funny! 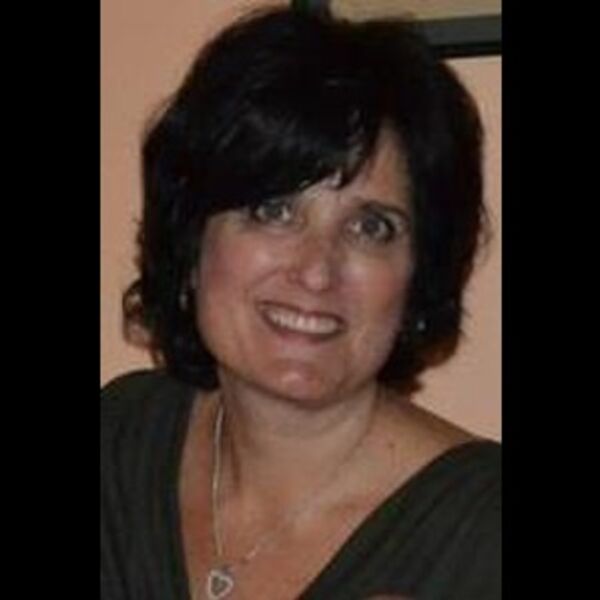 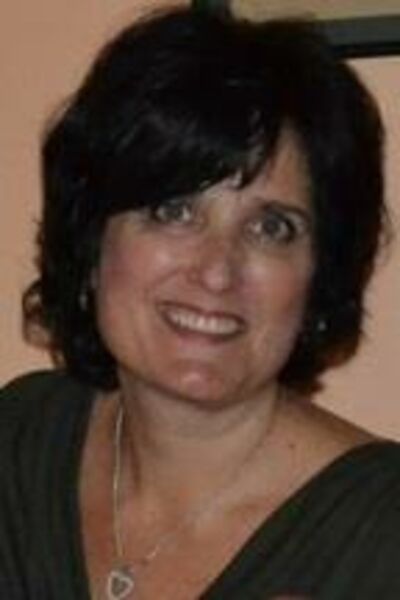 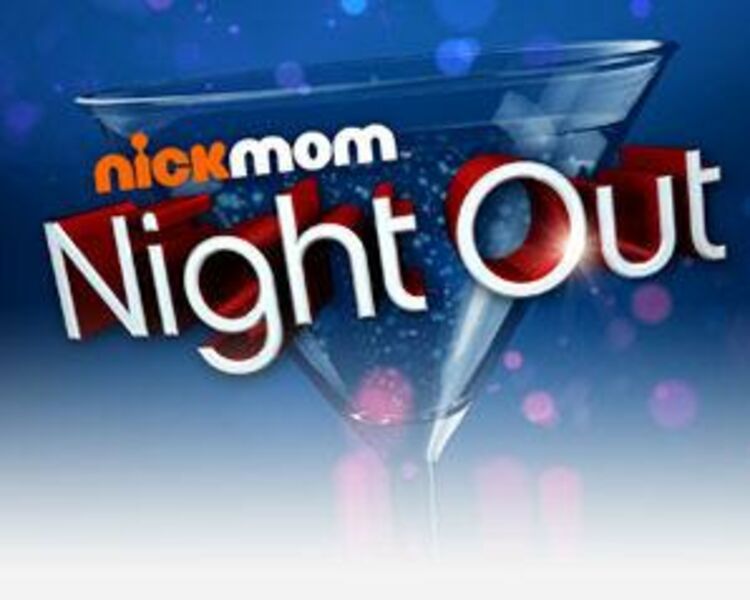 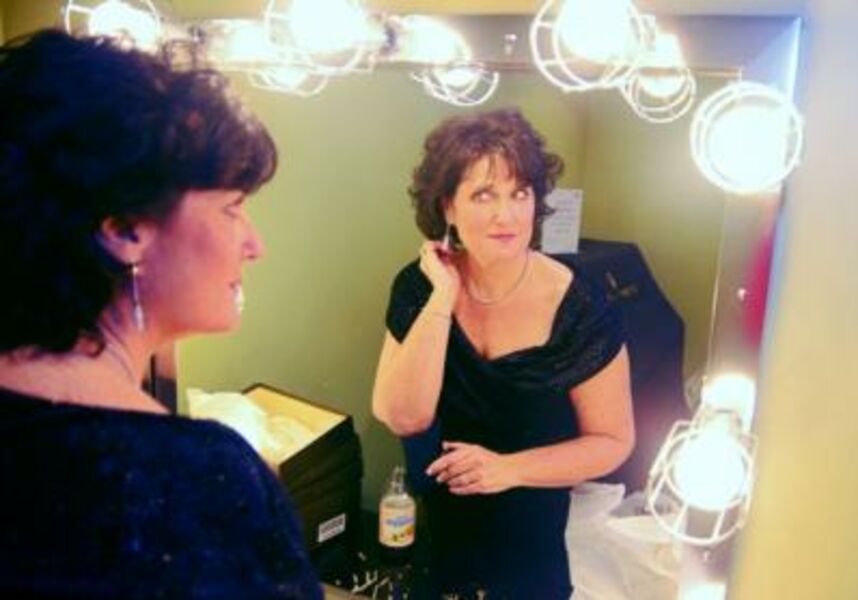 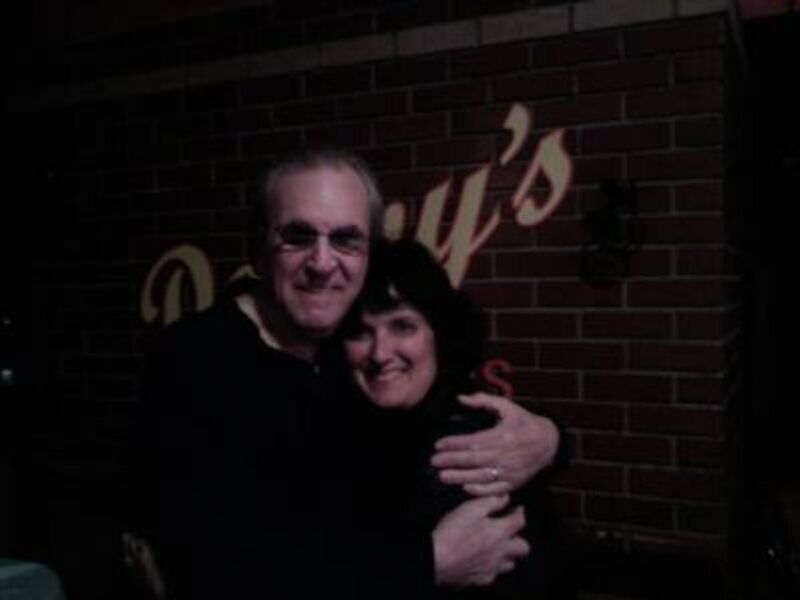 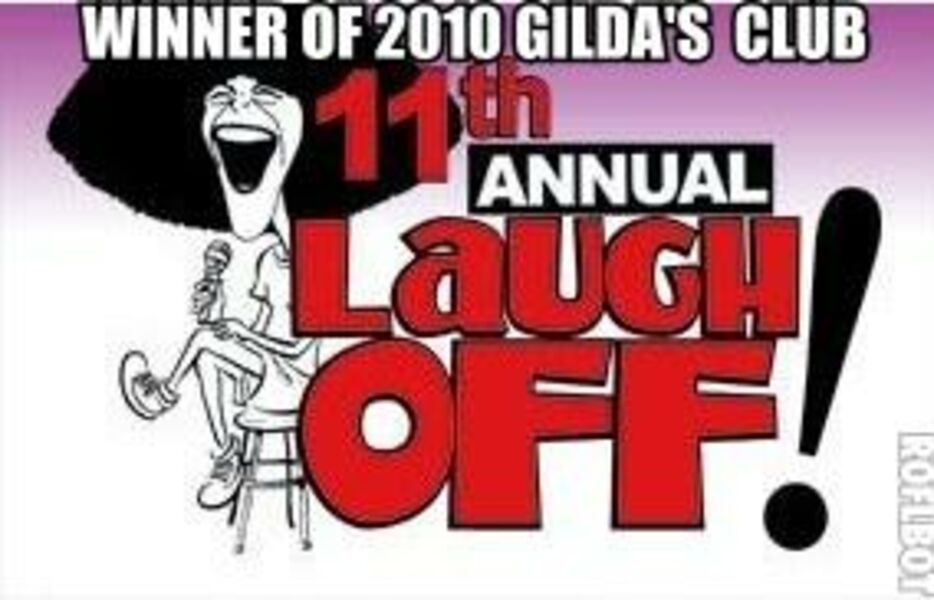 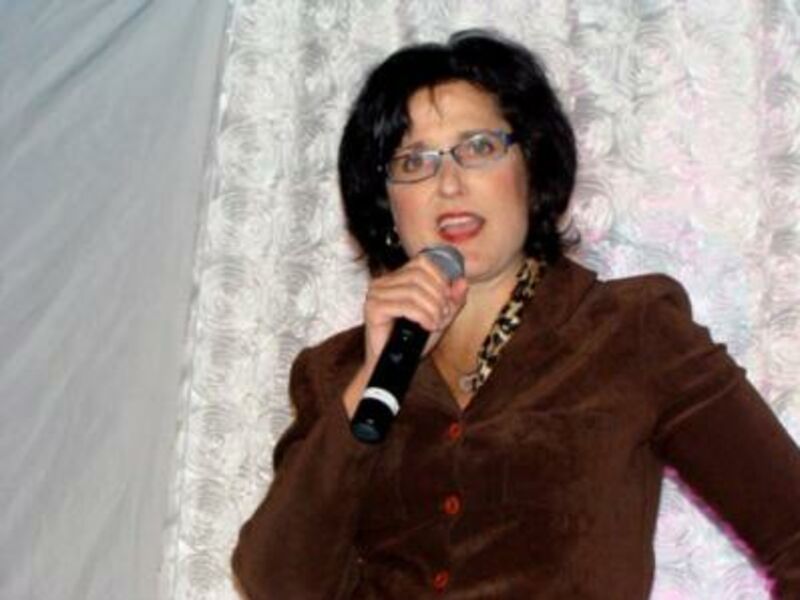 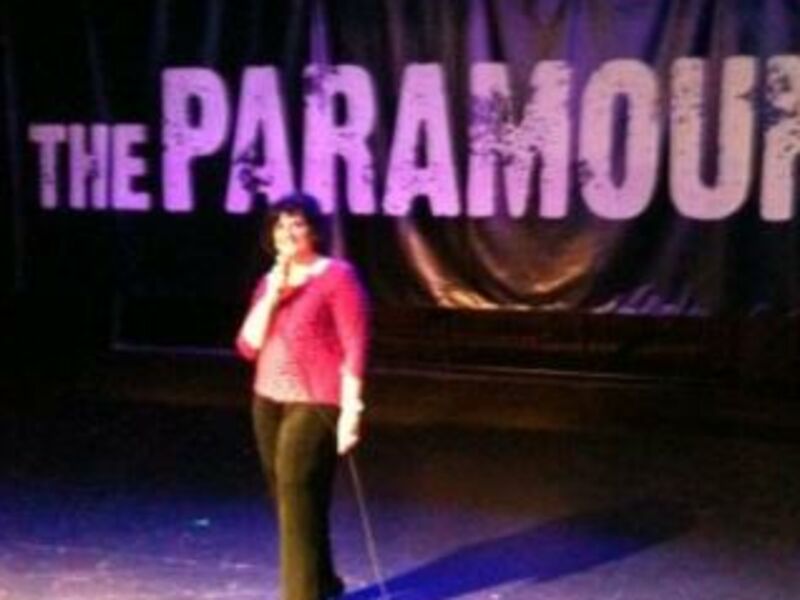 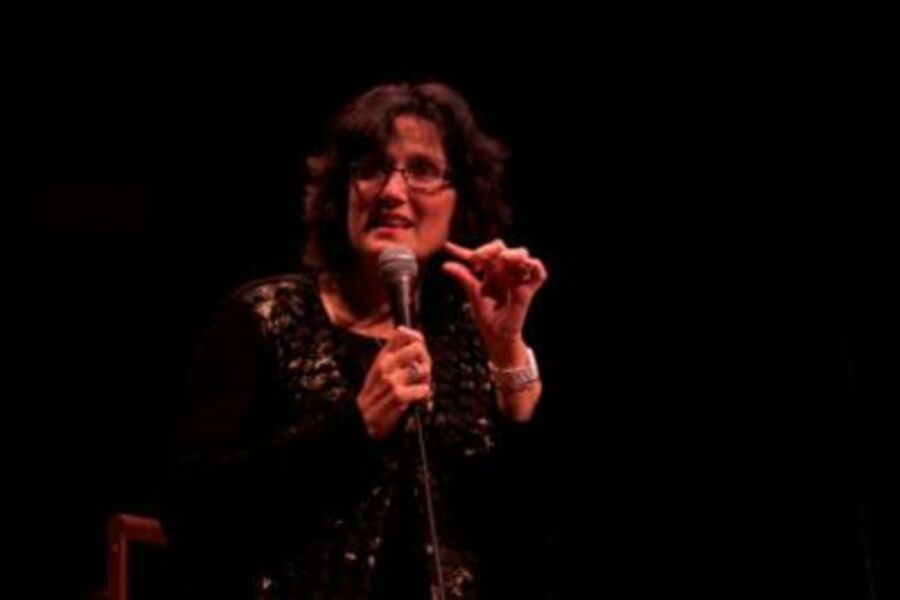 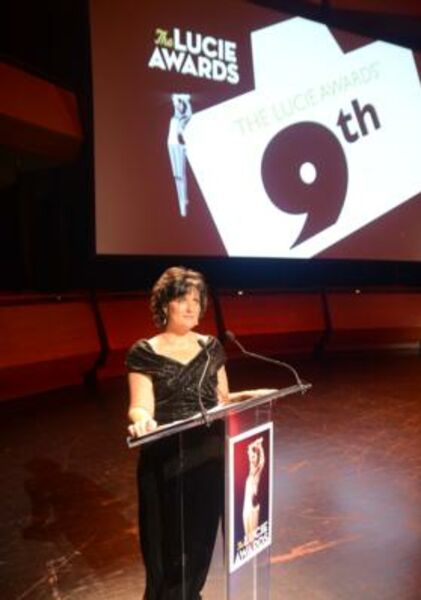 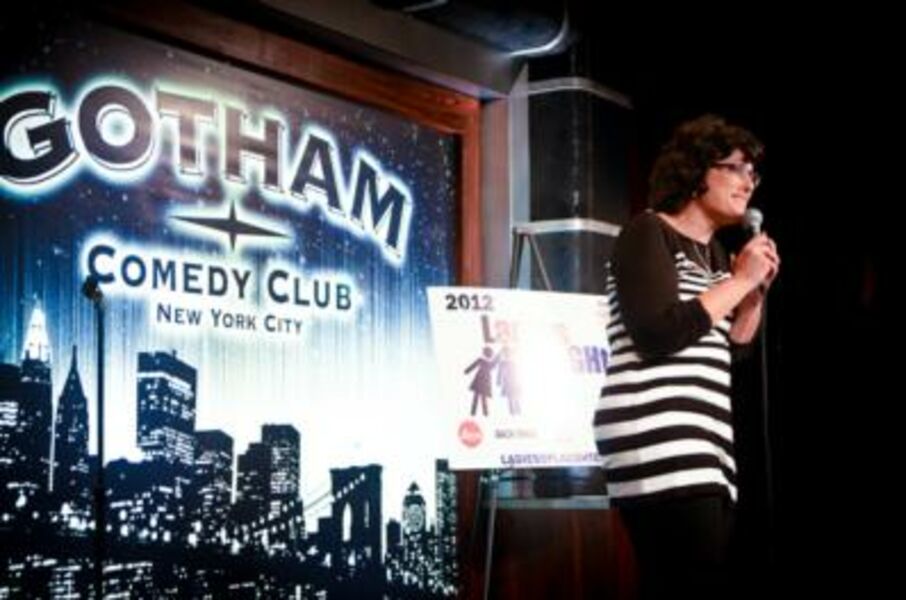 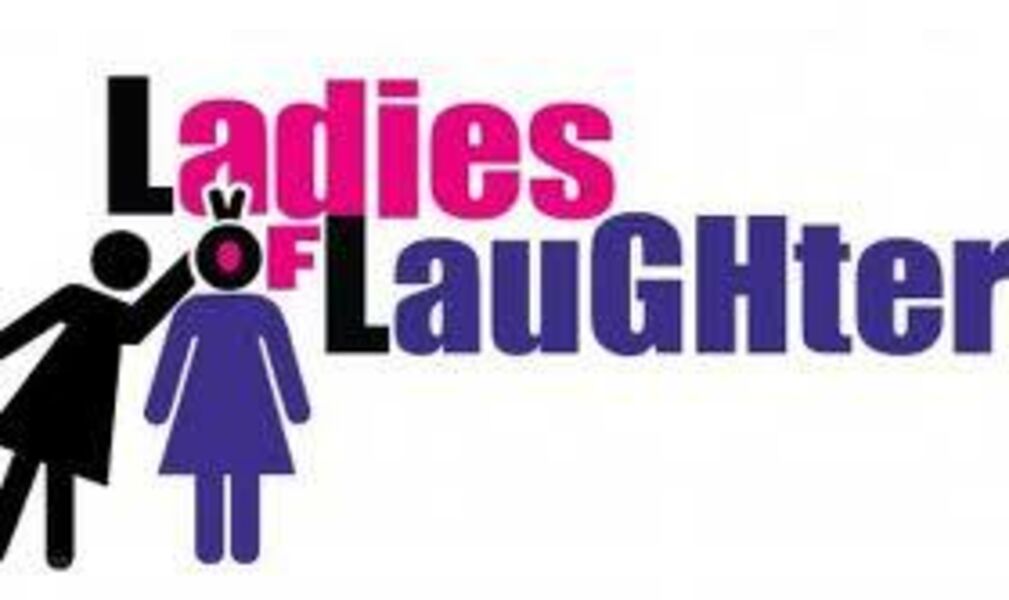 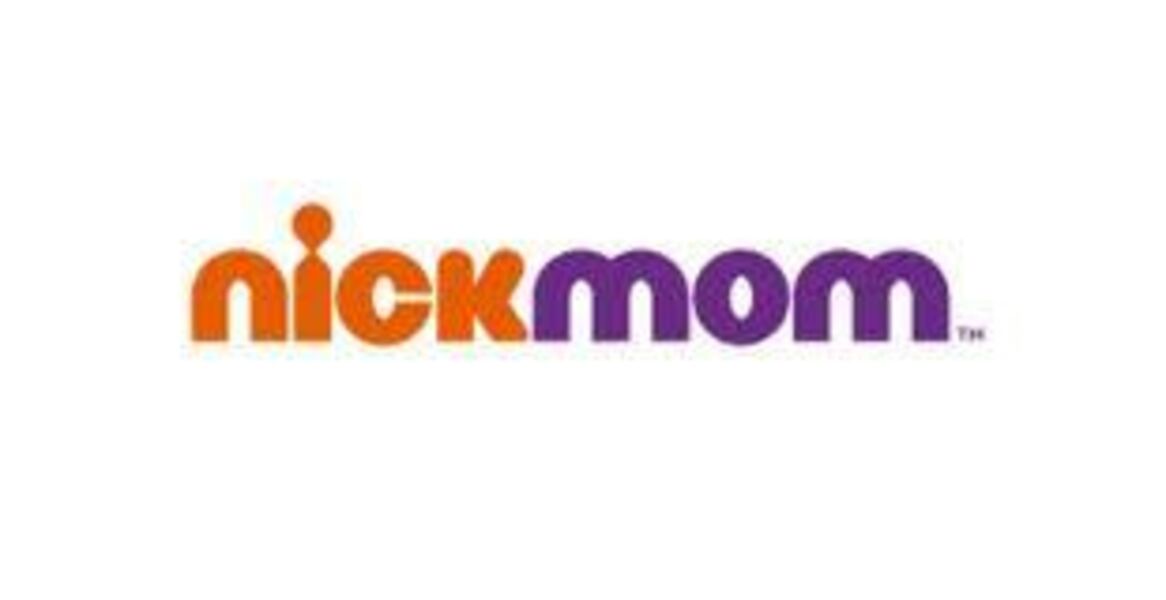 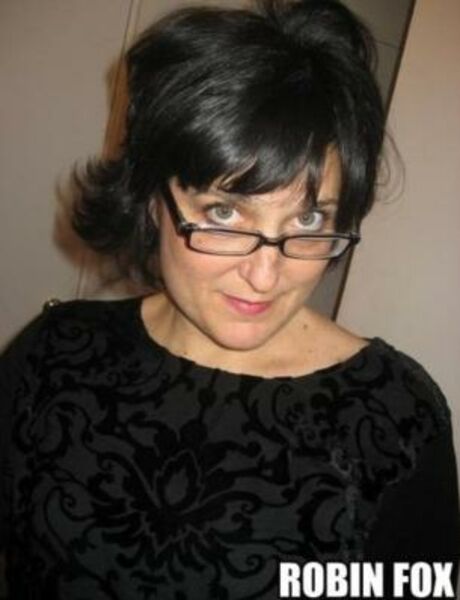