Comedian from Indianapolis, IN - Will travel up to 3000 miles
15
22 VERIFIED BOOKINGS
MEMBER SINCE 2013
ACCEPTS ONLINE PAYMENTS
$600 - $4000 per event
ACCEPTS ONLINE PAYMENTS
VIRTUAL SERVICES OFFERED
Our Best of Gigmasters comedian the past 5 years!! Indiana based Scott Long's CLEAN COMEDY consistently gets 5 star reviews from small events to Fortune 500 companies like GE, John Deere, and State Farm. His non-profanity, but hilarious show works for all ages, which is why Scott has been chosen to perform at the Wisconsin State Fair and the Bass Fishing Championships. Scott's newest material about how the Midwest is better than LA and NY is called Tales from the Cornstalk Ghetto. It's gotten rave reviews w/Midwest audiences. Seen on NBC, FOX-TV, Bob and Tom Show, ESPN, plus numerous times on FOX-59, WISH-TV, and hosted WZPL's Smiley Show roast and 1070 the Fans JMV roast, Scott prides himself on being the easiest person to work with.

Scott Long tosses out sharp and clever lines that remind you of the differences between funny people and true comedic artists.
--Indy Star

Scott's known for his versatility! Company Events, FUNDRAISERS, Roasts, etc. What puts Scott above others is how he can customize material for each event and the AMAZING improvisation he incorporates--as he makes the audience his co-stars! There is no better act for a fundraiser, as Scott's poignant story of having a child with a disability connects on all levels. The father of a 10 year old girl on the autism spectrum, Scott does many fundraisers for Special Needs groups, as he's committed to raising money and awareness for people with developmental disabilities. His latest comedy CD, Good Dad...Not a Great Dad is a big selling standup release which can be found or heard on iTunes, Amazon, Pandora, & Sirius/XM.

Over the past 13 seasons Scott's written Frank Caliendo's comedy sketches for the NFL Pregame show on FOX & ESPN, plus 3 Super Bowls and 2 NASCAR Award Shows. Let him bring his emmy-nominated comedy writing to your event!

WARNING FROM SCOTT: Hiring a comic isn't like hiring a plumber. Go for lowest bid and there's a great chance you could wind up with someone who isn't funny and even worse--could be very offensive in their act...despite their claims. I've been performing standup for the past 20 years, at most of the major comedy clubs and have done 100's of corporate events. Don't let a few 100 bucks stand in way of having a great event your attendees will be talking about vs. having to deal with fall-out of an amateurish comedian who wrecks your event.

WHAT OTHERS SAY ABOUT SCOTT (CLICK ON REVIEWS TO GIGMASTERS CLIENTS RAVES!)

We look forward to using Scott at our next event.
Jay of the Indianapolis Colts

We were very impressed with the research and time that Scott put in on learning about our company and culture. His interaction with the crowd was a 10.
Mike of The College Network

Scott is a true class act and absolutely hilarious. His material is ahead of its time, relevant, and the manner of his presentation is humble, yet captivating.
Molly Lang: Autism Coordinator–Noble of Indiana

Scott was the perfect performer for our event. From his original proposal to his departure we were impressed with his professionalism, punctuality and delivery. He was willing to accommodate all of our requests, including 3 consecutive shows to our employees. His routine was fresh and funny without being offensive. Scott engaged everyone, from the young to the well-seasoned professionals, in a way that will keep them talking about his show for months. Our President/CEO gave Scott 2 thumbs up and a recommendation to any group looking for a great entertainer!
Grinnell Mutual Insurance

Scott's show was so good many of us had tears in our eyes. I heard nothing but compliments following our company Christmas party.
Abby of Camco Construction (Chicago, IL)
(more)

Having Scott at our 50th Anniversary added a special dimension to the event that was focused on celebrating our past, present, and future. Prior to the event, Scott came to our office to meet with leadership and the planning team to understand the company and customize some his material. Scott joined us for dinner prior to his set and engaged many people around him. Little did they know that he was collecting improvisational material for some playful ribbing at their expense. His jokes were hilarious, topical, creative, and he really knew how to work the room. Scott is creative, intelligent, and an all-around good guy. We recommend hiring him!

Scott was very helpful and patient from the beginning to the end. Without a doubt we made a great choice. Scott communicated very professionally with us throughout the planning and offered to help in anyway he could. Last nights event was a huge success because of Scott's performance and engagement with the audience of 160. Our premier annual event needed some new life! As the presenting sponsor I was determined to think outside the box and try a new approach. I wanted everyone to have a lot of laughs and not walk away thinking they had attended an average chamber business dinner. Scott Long delivered with flying colors! Our best annual dinner yet!

Thanks so much! Yours was a 1st class event. l love the challenge of making a group that has people from 21 to 71 laugh, as I believe nothing brings all ages together than quality standup comedy. I grew up and still live in a place like Jeffersontown, which made me feel so connected with your group. Best wishes to your Chamber in 2019!

I hired Scott Long as a comedian and MC for the 2015 Beam Suntory Ohio Bartender Whiskey Competition. This was a very big event with a very select audience and demographic. I had extremely high expectations of what we wanted for the event and really relied on Scott Long to pull through. Scott exceeded all expectations and really "wowed" our audience. Everyone was talking about him and he created that "buzz" in the room. He is a true professional and really prepared for the event. He acted with the highest respect and professionalism and did a tremendous amount of research not only on our company, but our guests. I would hire him again, no questions asked! 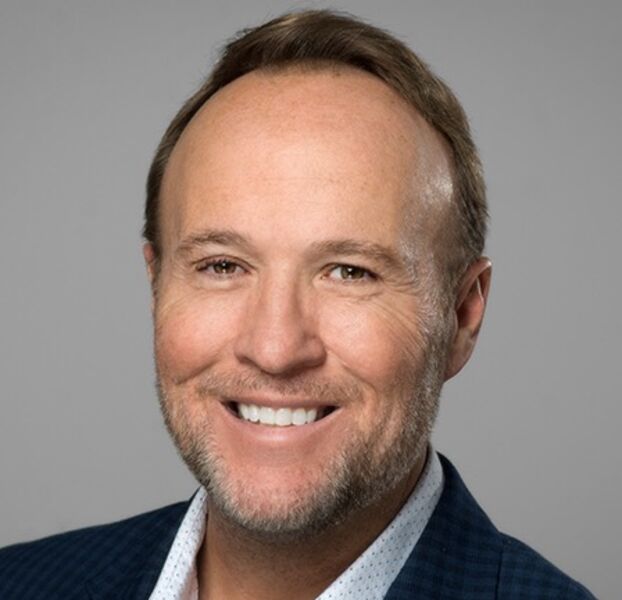 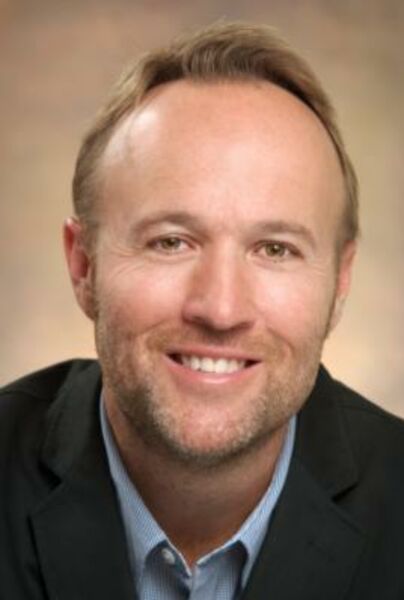 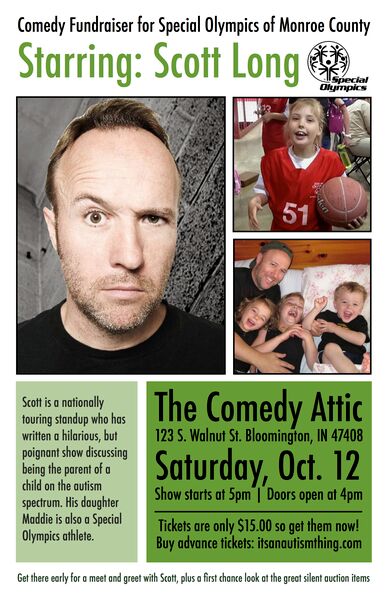 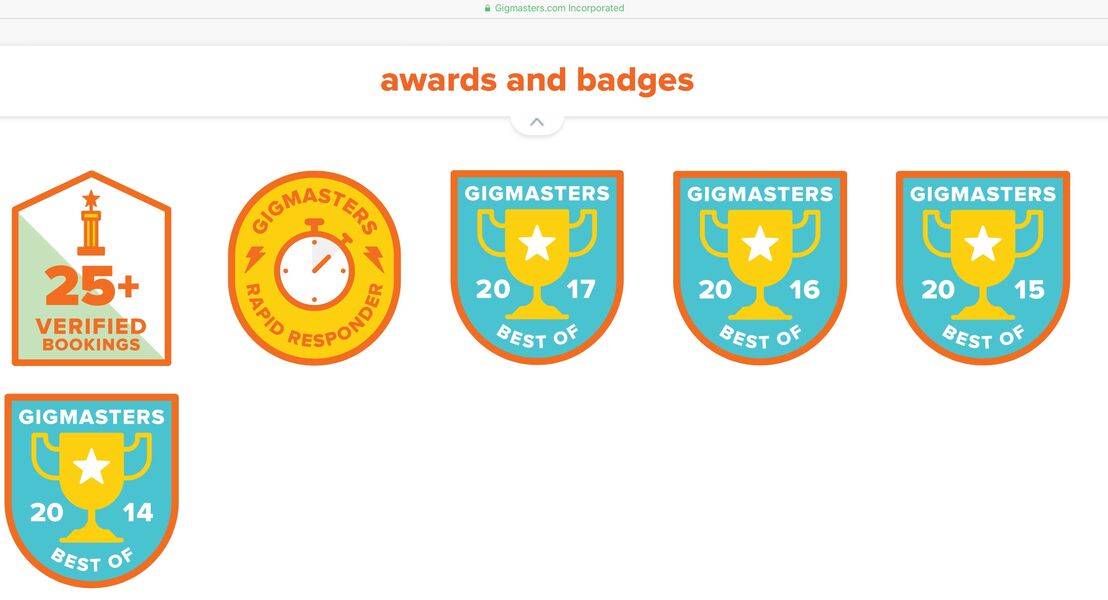 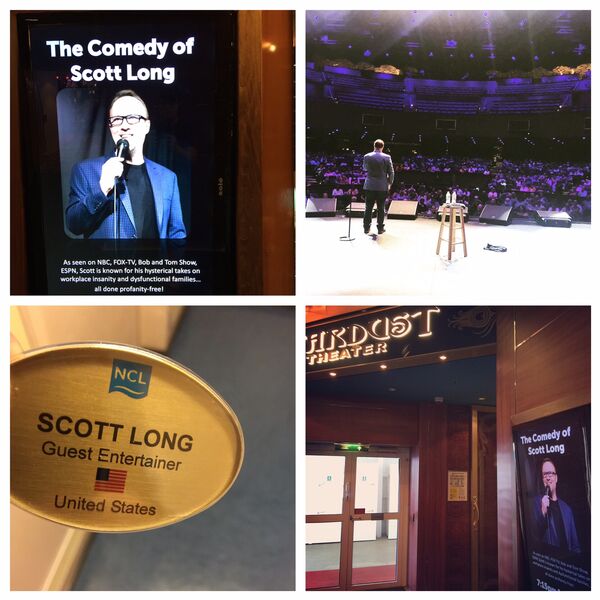 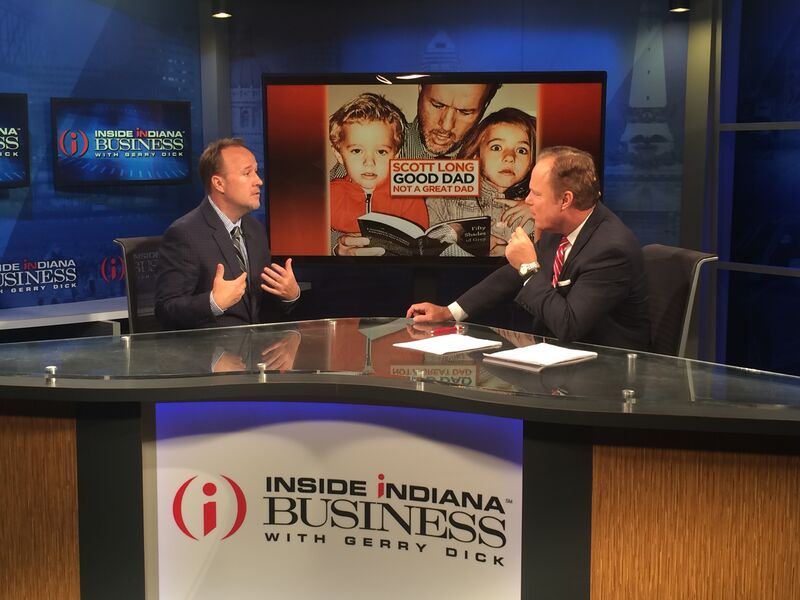 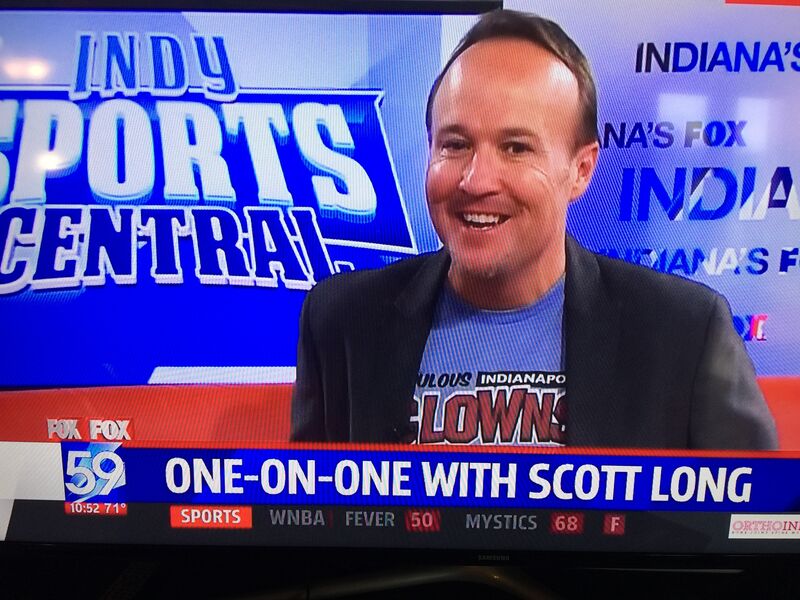 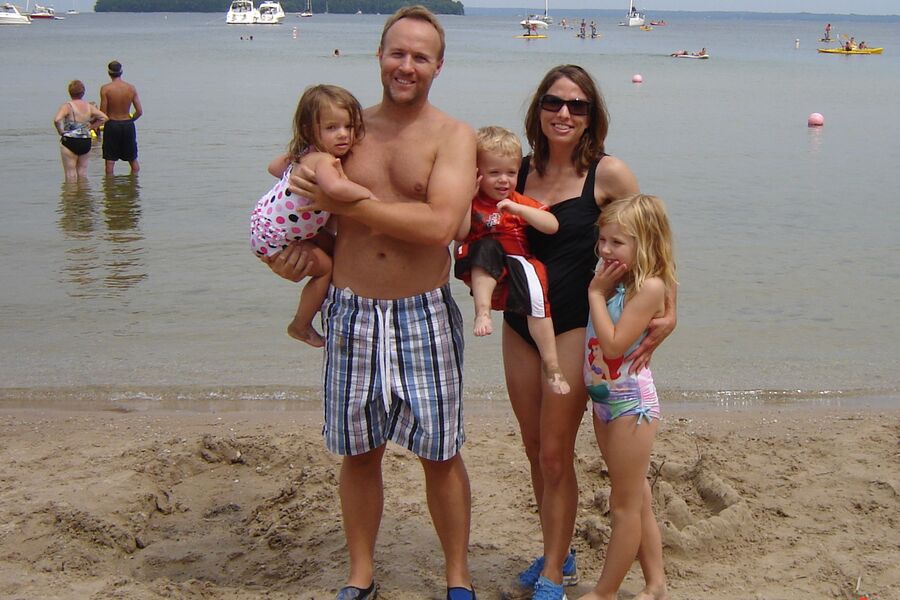 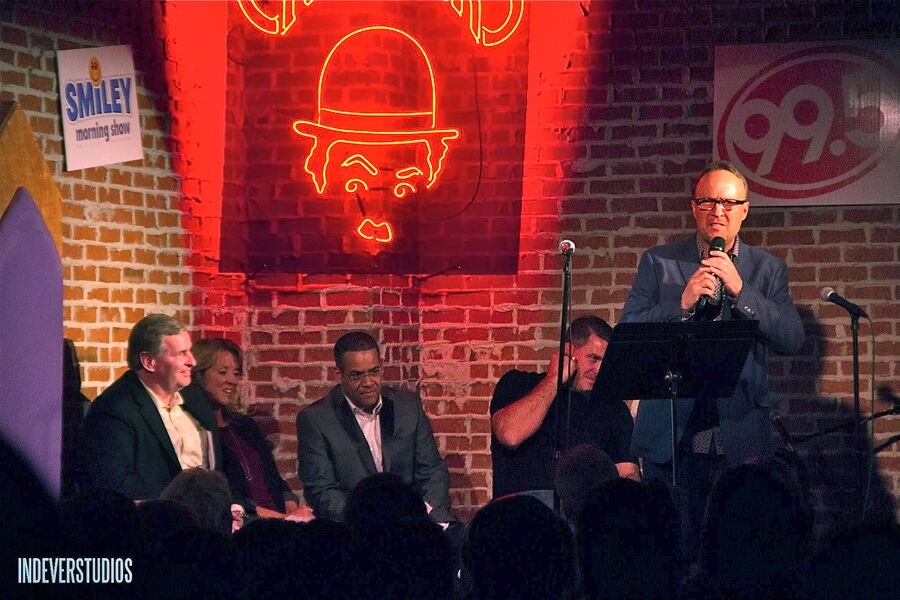 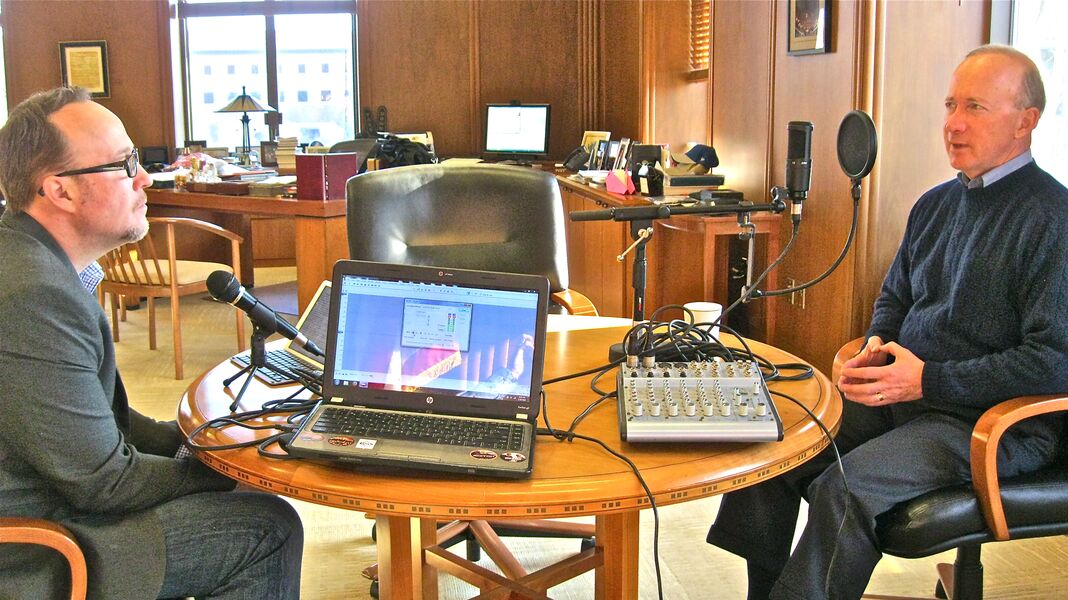 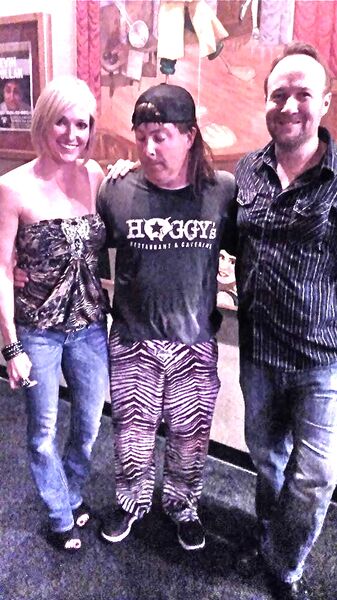 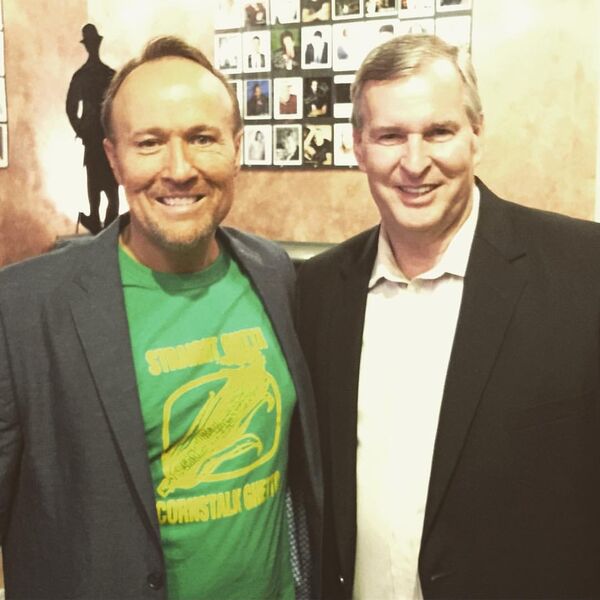 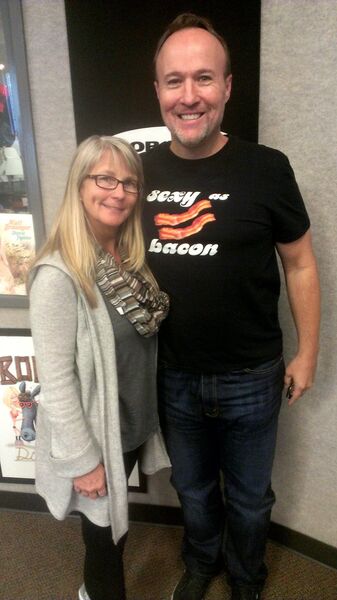 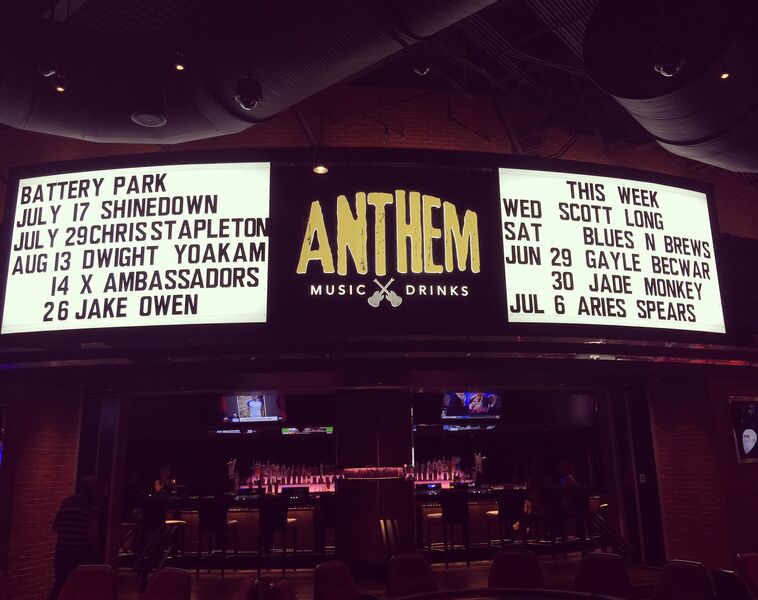 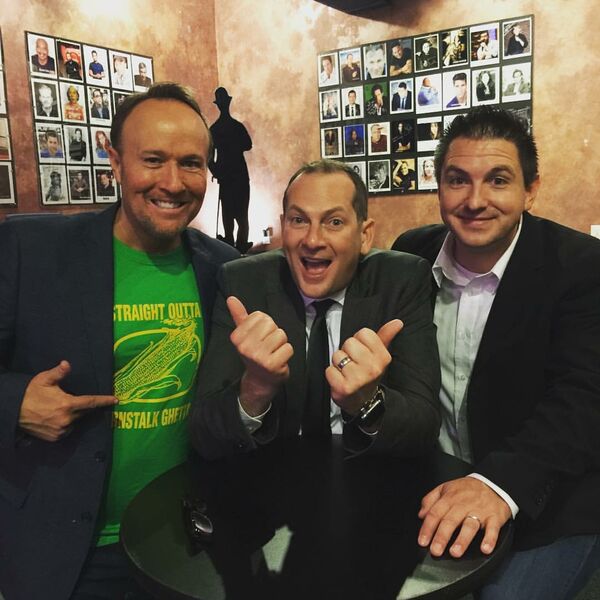 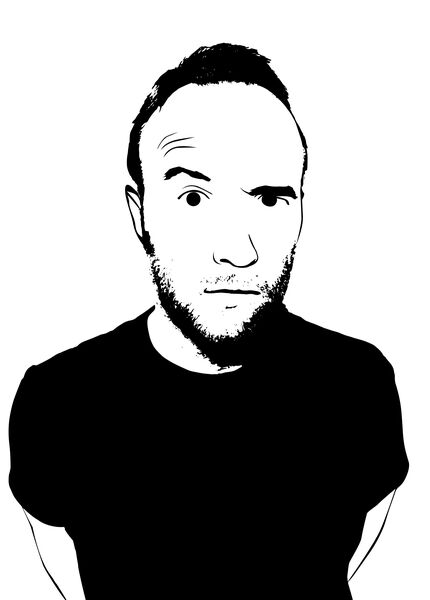 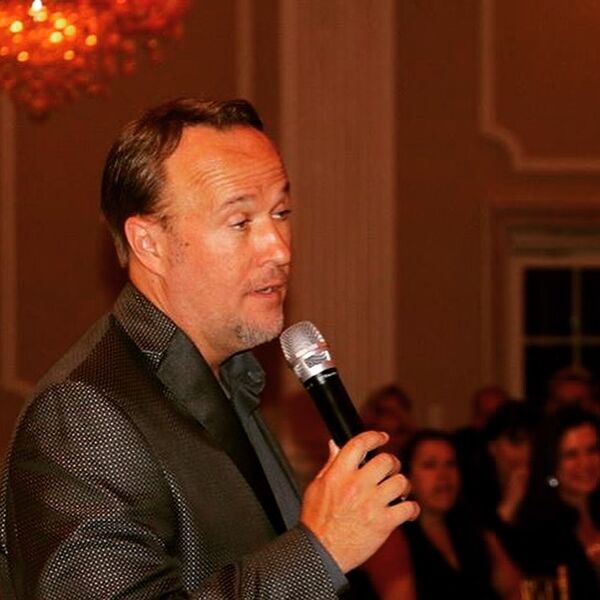 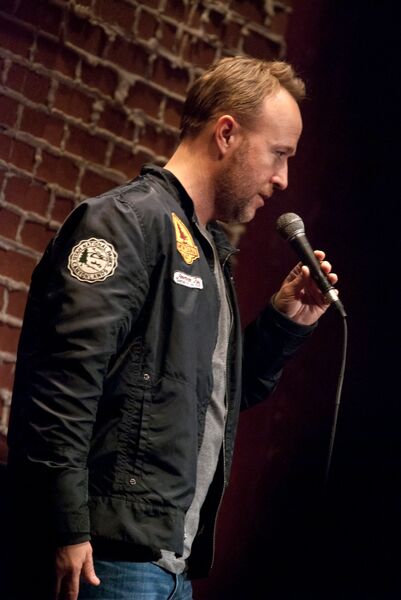 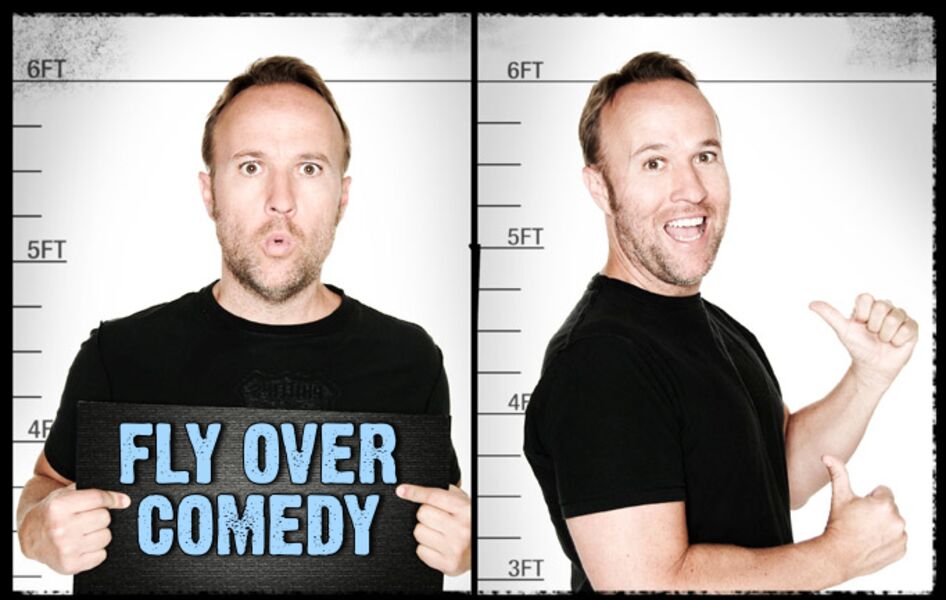 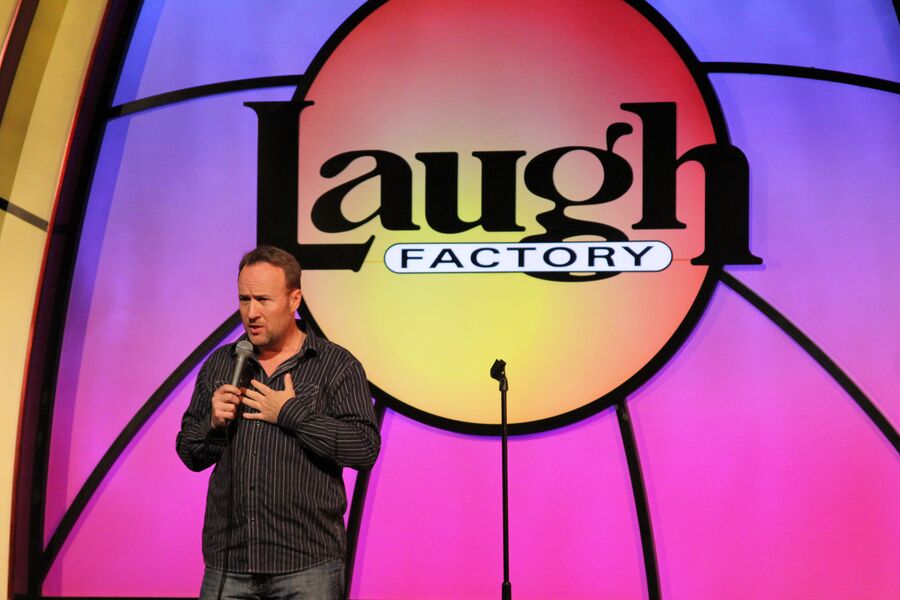 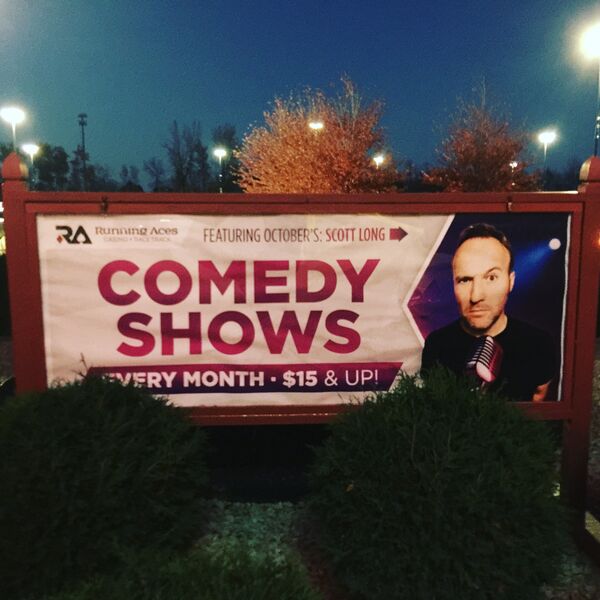 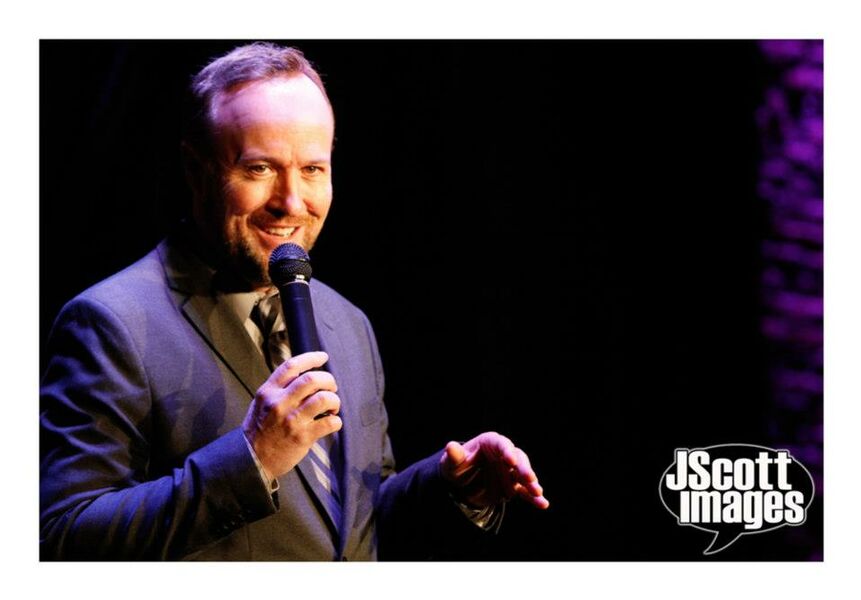 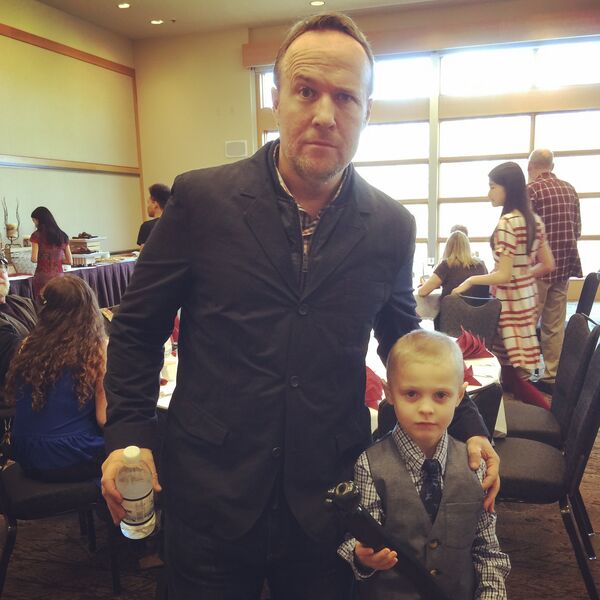 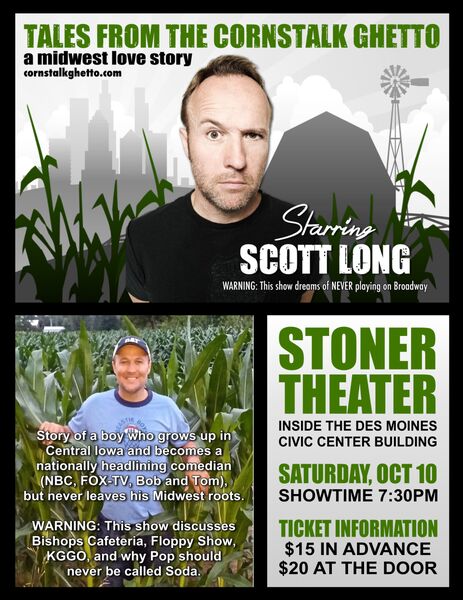 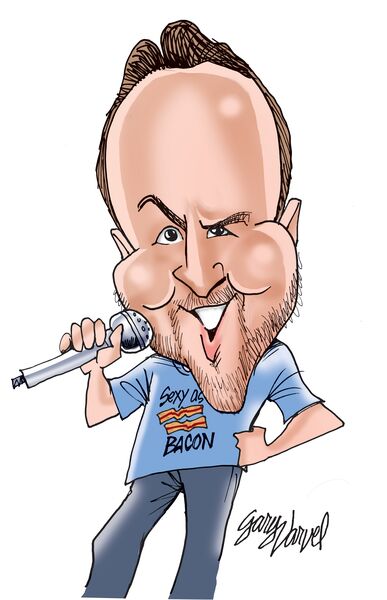 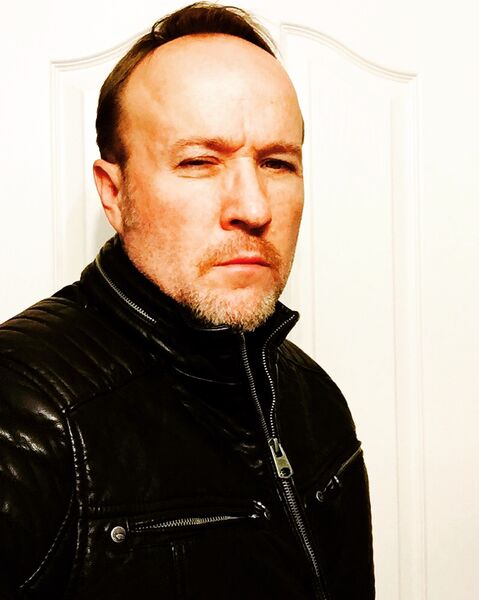 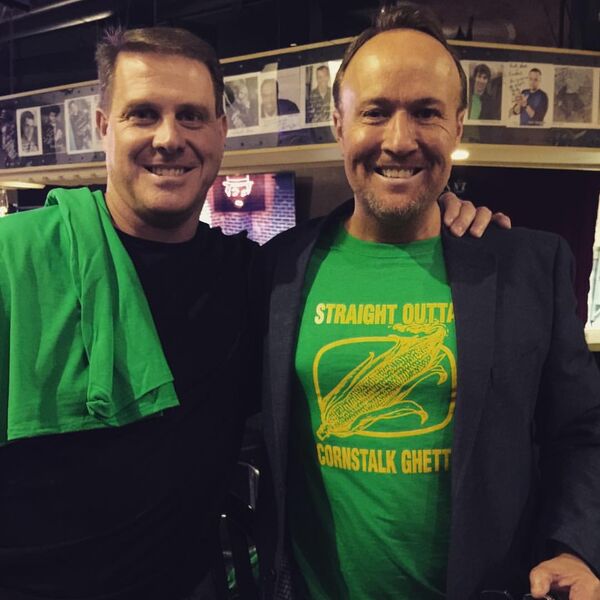 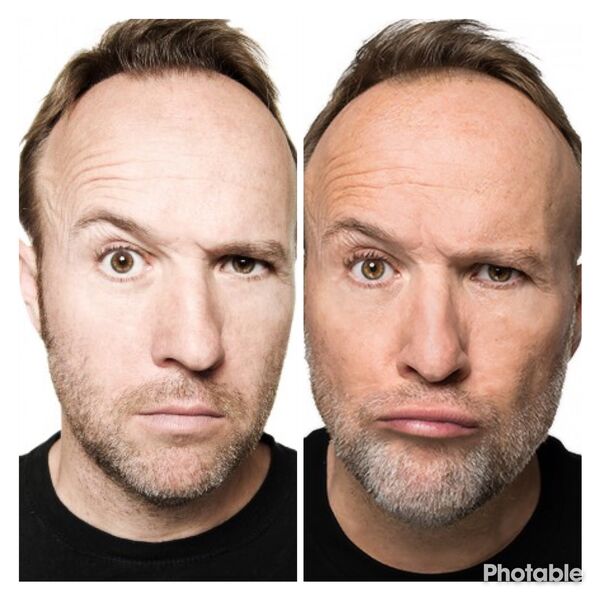