From Las Vegas to Broadway, Robby Bennett has performed thousands of shows of every type for the past two decades. Performing professionally since the age of 12, Bennett has the talents needed to provide quality entertainment at any type of venue and for any occasion. He regularly performs at corporate events, trade shows, private parties and tours to theatres across the country! He is just what you need to have people talking about your event for years to come! If you need a mainstream-style entertainer that the attendees of your event will cheer, laugh, and will leave wanting more of (instead of a performer they will just have to sit through while they eat cake) then you need ROBBY BENNETT!

From his world-renowned, sleight-of-hand skills to the most modern, large-scale stage illusions, Robby Bennett and his team can customize his show to fit your needs no matter how big or small. He is literally THE BEST choice you can make when it comes to your entertainment needs! It's time to stop bringing in entertainers who leave your guests rolling their eyes.

Robby has been featured on Good Morning America, Inside Edition, SportsCenter, and many more! His client roster includes General Electric, Ford Motor Company, Apple, and a laundry list of other companies, both big and small.

Need to make an even bigger impression? Let Robby and his team tailor a custom piece of magic for your event! Make a keynote speaker magically appear, levitate a new product, or deliver a company message in a magical way. Let a one-of-a-kind piece of magic set you apart from the rest.

Illusionist, magician and sleight-of-hand artist Robby Bennett received his first magic kit on his fifth birthday during a trip to Disney World. At first, it was something he used periodically, but mostly sat in the closet and collected dust. However, when Robby was nine years old he became ill with stomach problems and the magic kits became the source of inspiration for a life long endeavor and has propelled him to the apex of his craft.

During the time Robby would miss from school while he was ill, he would go through various magic books and learn numerous routines that became a form of meditation that helped him take his mind off the pain. With all the free time available to him he was able to develop on some of the most advanced sleight of hand, manipulative effects and conjuring techniques ever created, which he has become known for to clients, audiences and peers around the world.

After Robby recovered he was able to do a number of astonishing effects. There was still one problem: A performer has to be able to entertain his audiences, not just exhibit meaningless demonstrations. He quickly realized that the most well executed sleight of hand meant nothing without a strong presentation. Since that realization Robby has learned from some of the best performers around the world and is keen on many styles of entertainment. He has received many awards from his peers for his efforts towards the art of magic. He is also known as one of the most versatile performers in the industry, with the ability to change genres on the audience in the blink of an eye due to his unique storytelling ability which frames every routine.

Now armed with a strong repertoire of effects and a personable stage presence he has been astounding people professionally since the age of twelve... and his mom thought he would be a football player.

He performed his first predominant show at the age of thirteen, when he was hired as part of the evening's entertainment for General Electric's Corporate Christmas Party at Houston's illustrious George R. Brown Convention Center and his clientle list has only grown from there. Because of his ability to perform at nearly any venue (and he has had some strange ones) Robby has been able to maintain a steady performing schedule at corporate events, private parties, schools, banquets, and charity events since he was in middle school.

Currently Robby performs regularly at different events and theatres all over the country and is considered by many to be one the top performers in his field. However, he is most proud of the work he does with numerous charities year round, bringing everything full circle - from patient to philanthropist.

Robby was very professional and super accommodating for our benefit concert. We had some technical issues, but he was able to work through that and still give an entertaining performance! Thank you so much Robby for being there!

Robby put on a great show for us. He was professional, funny and the magic captivated our crowd of about 40 people! 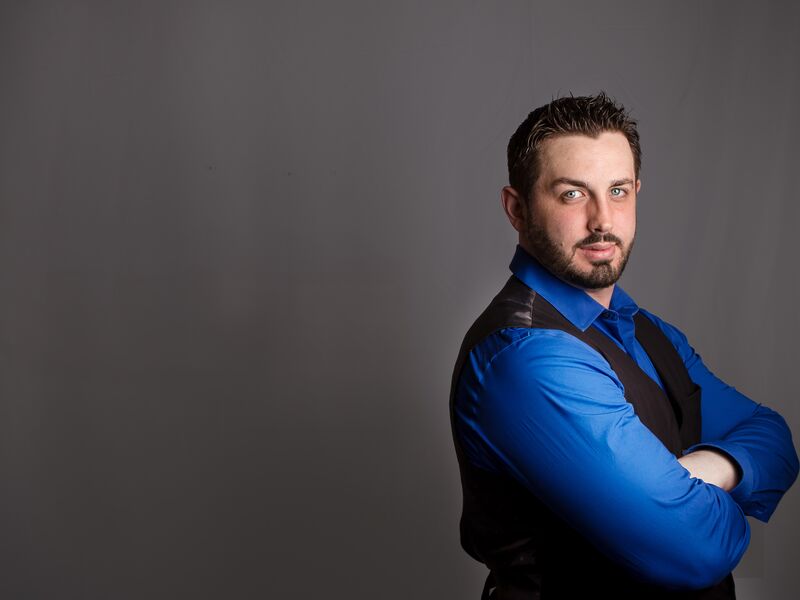 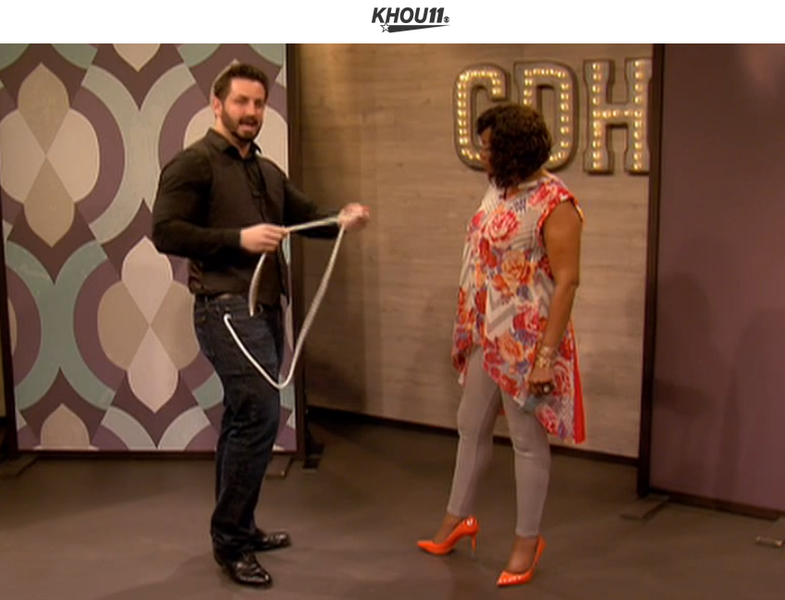 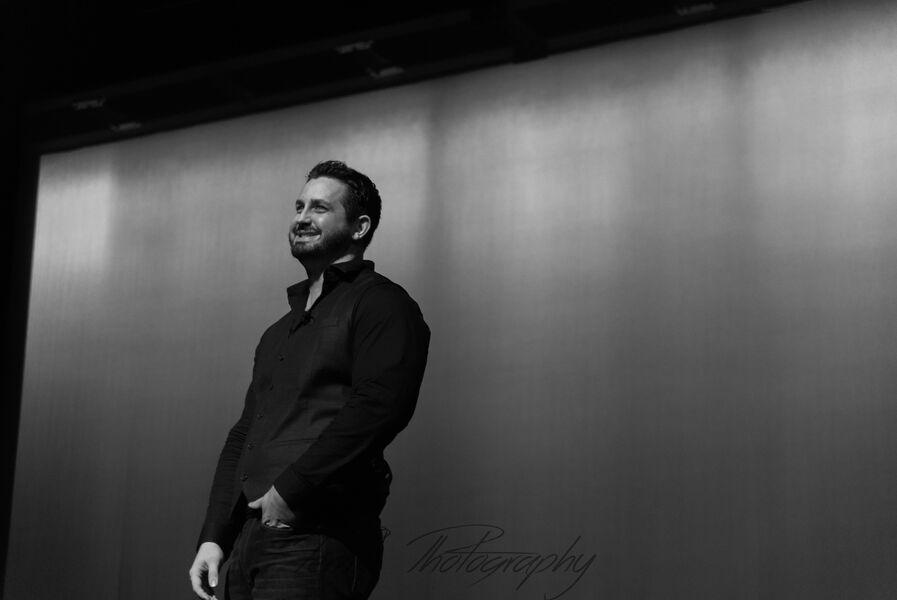 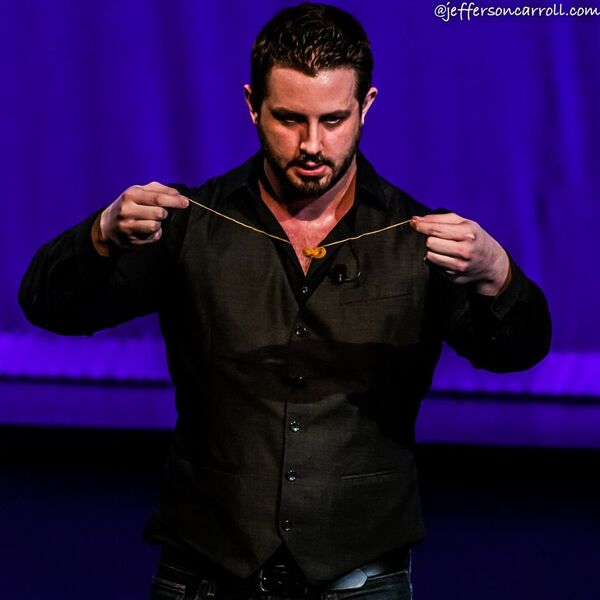 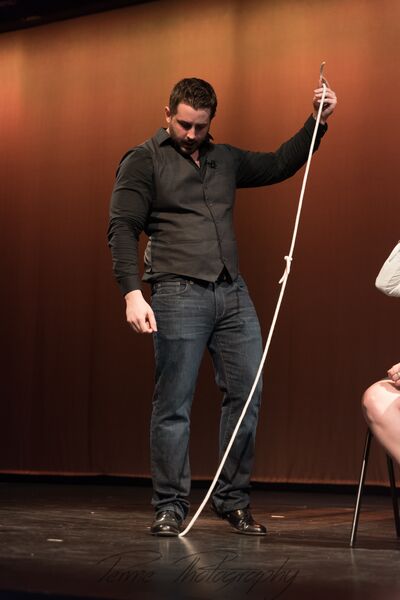 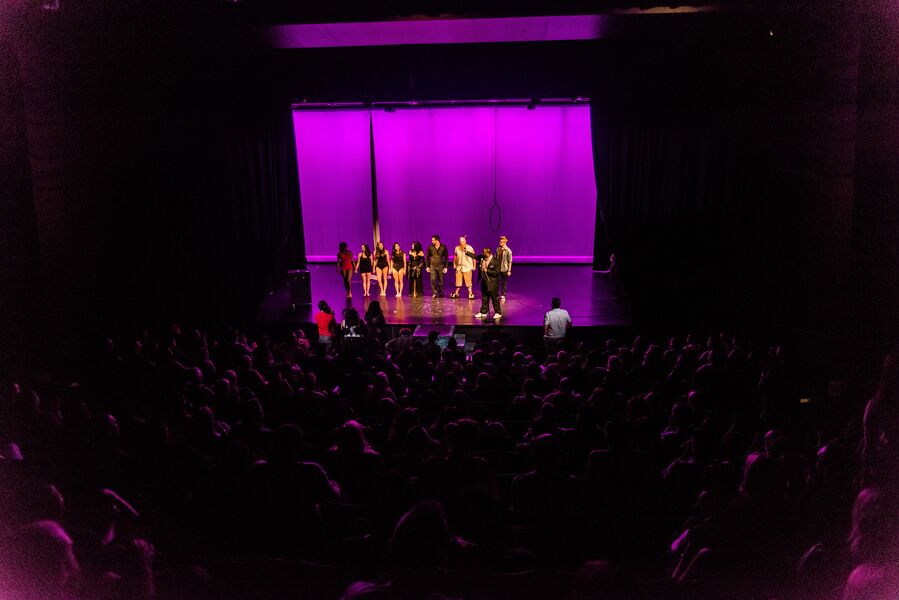 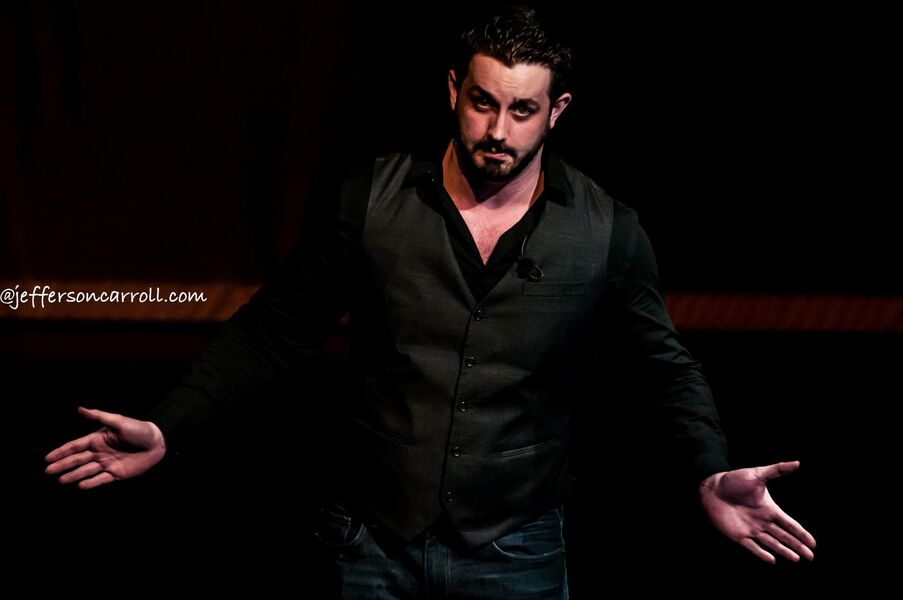 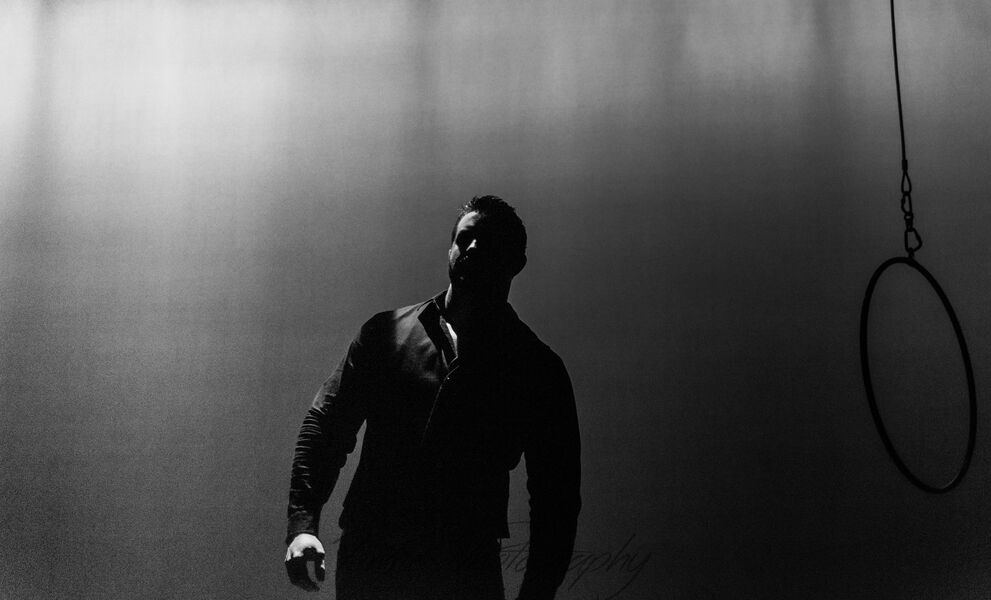 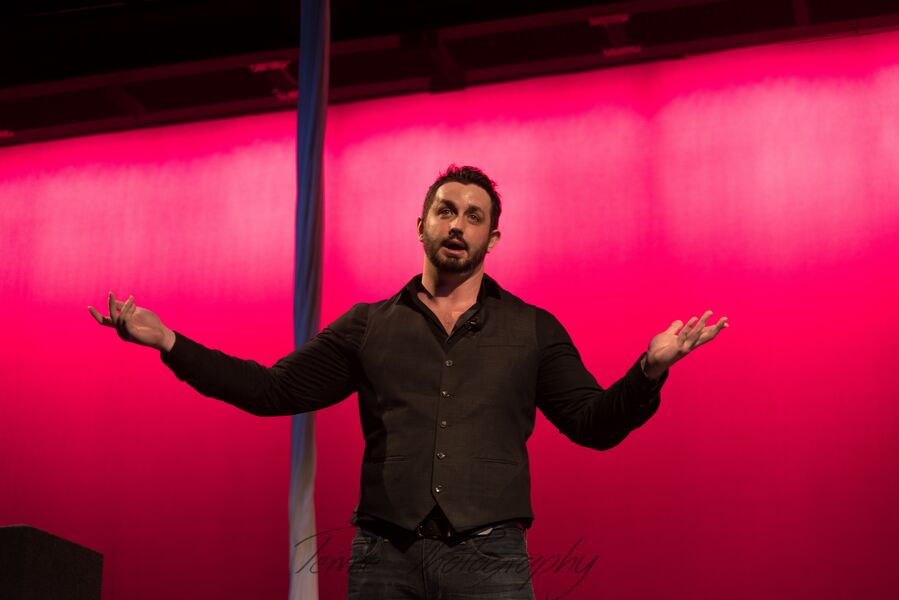 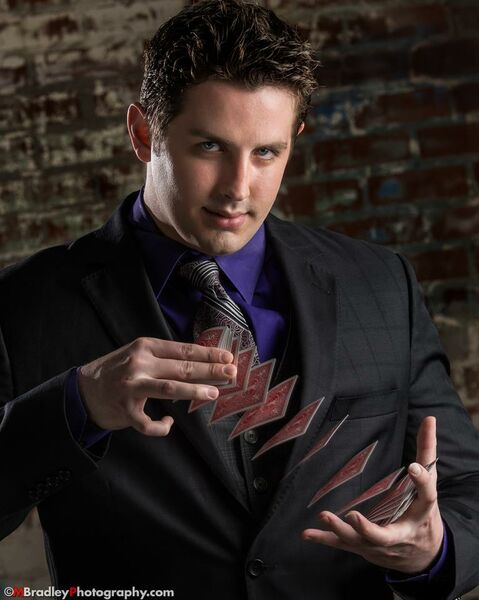 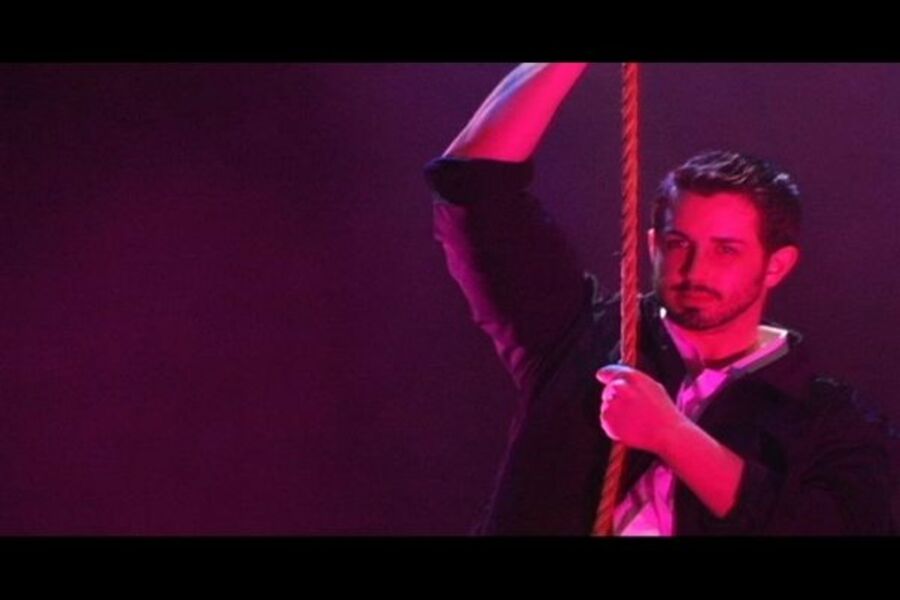 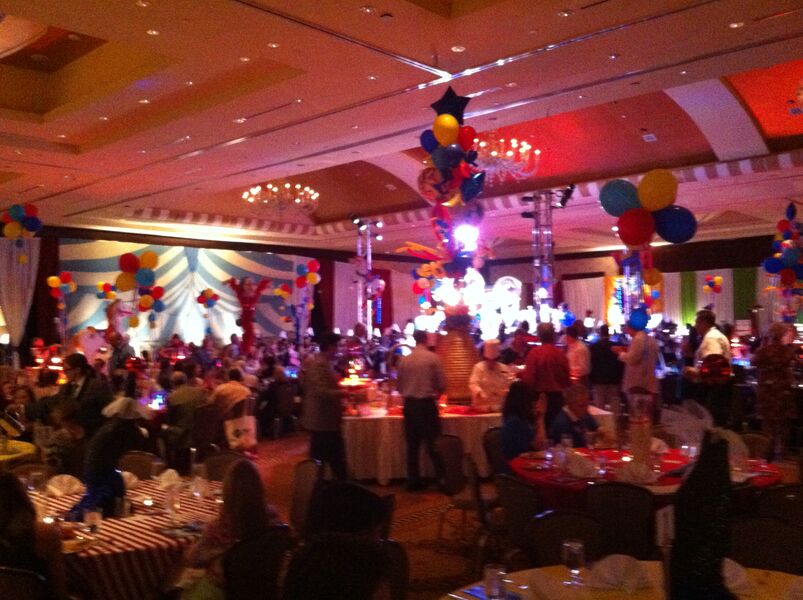 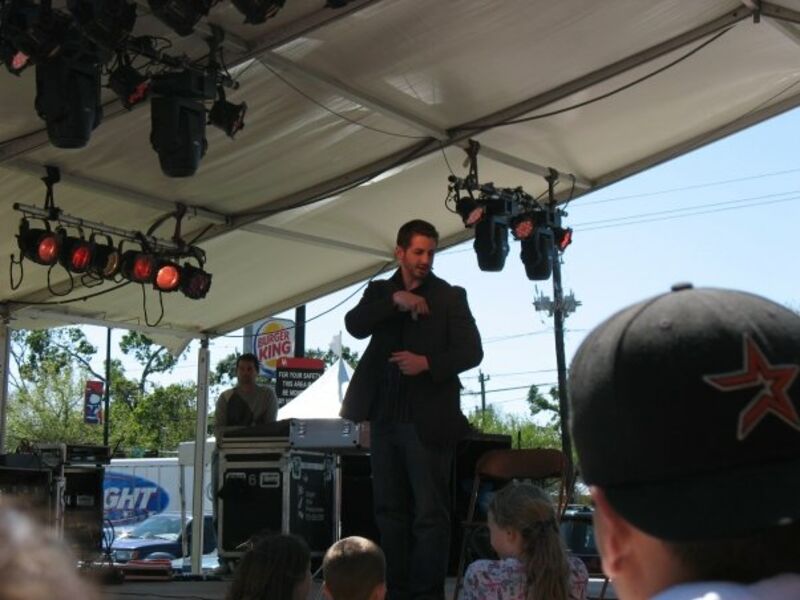 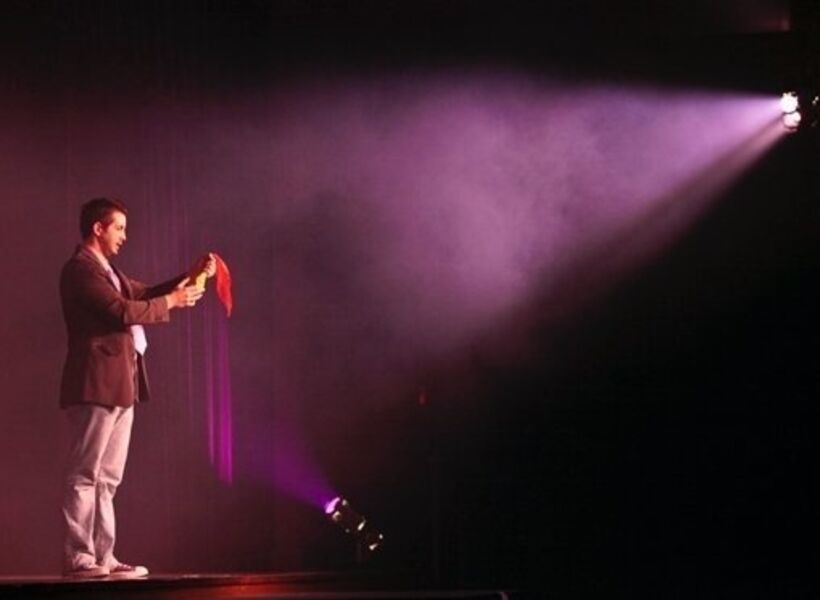 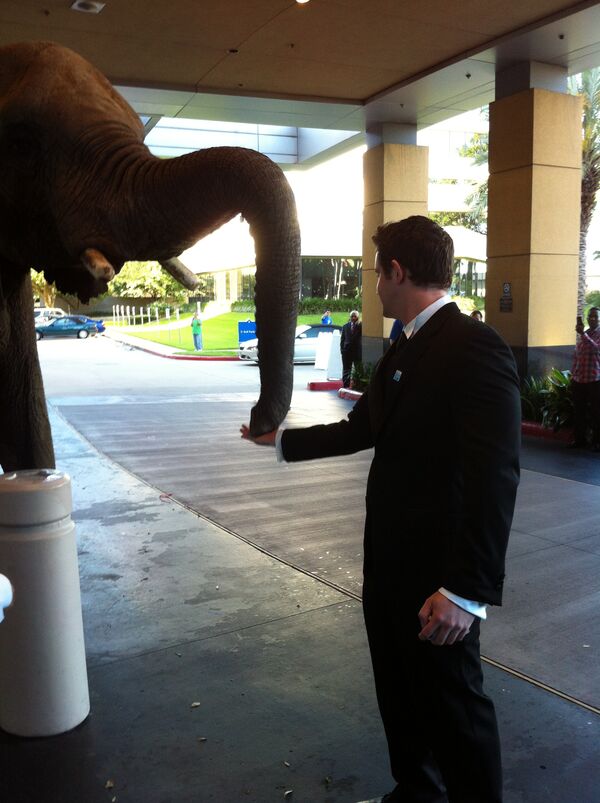 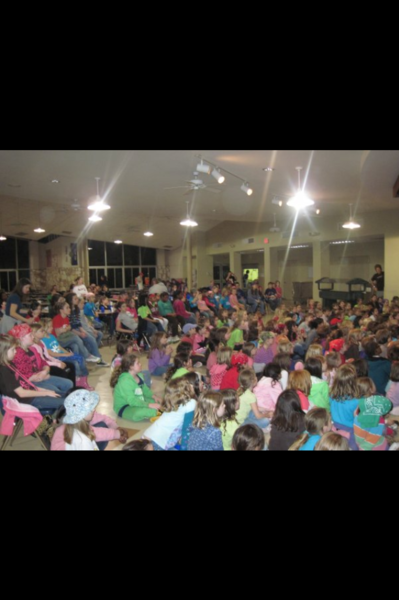 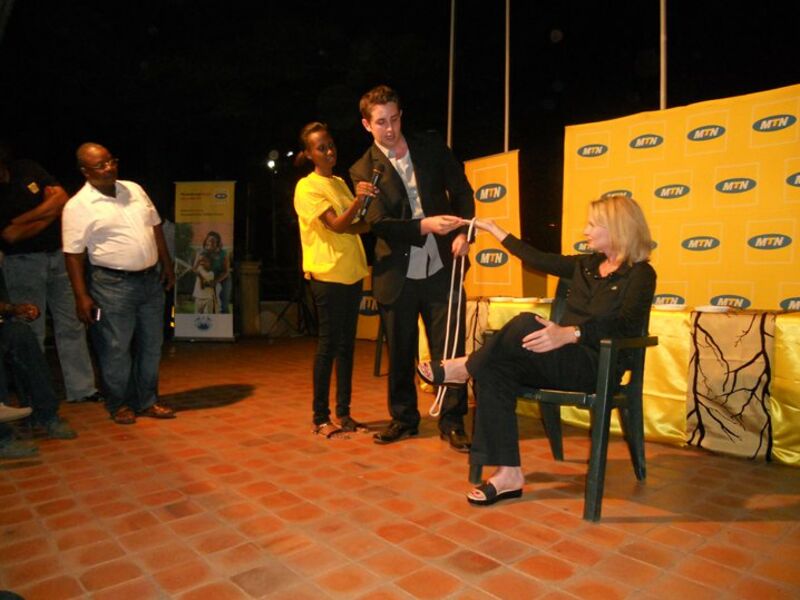 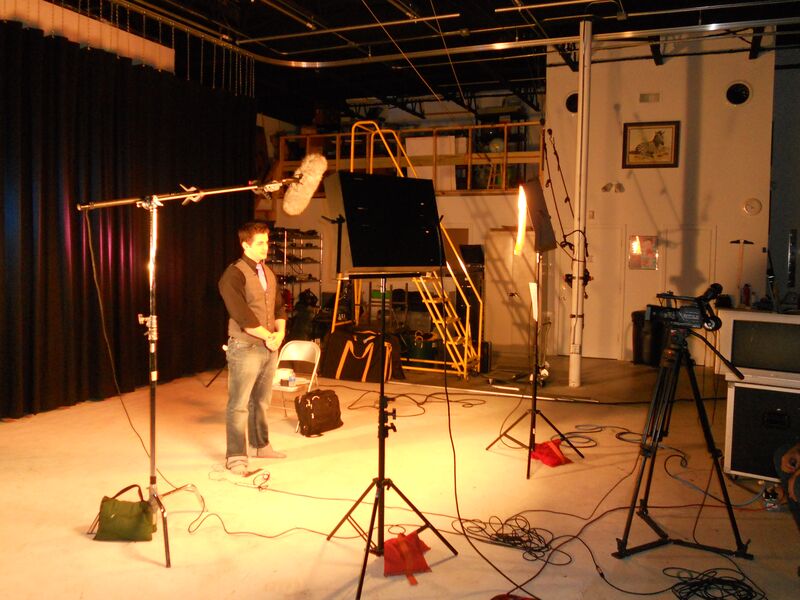 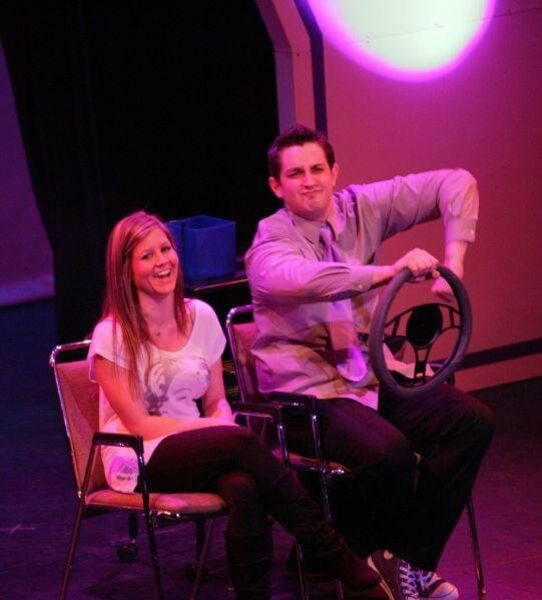 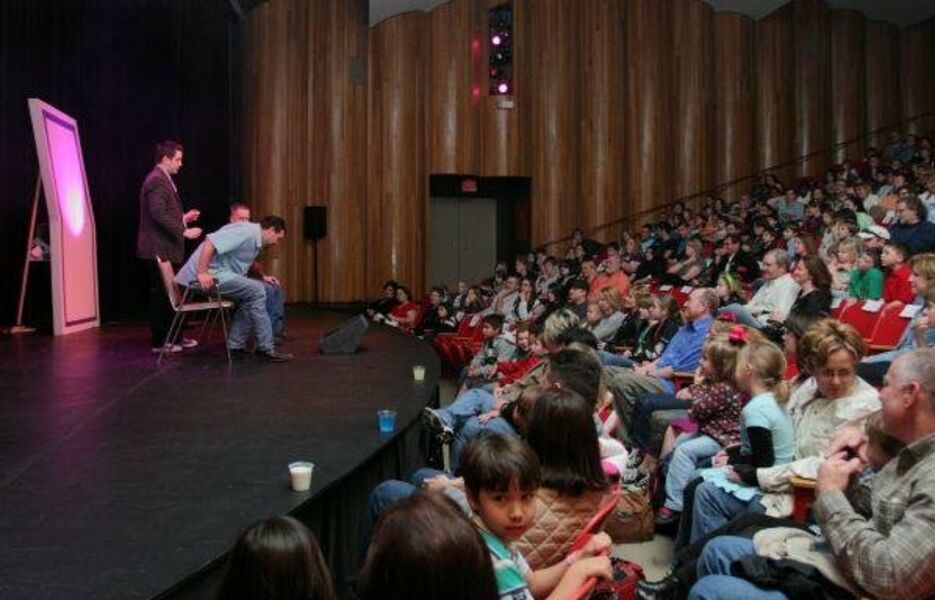 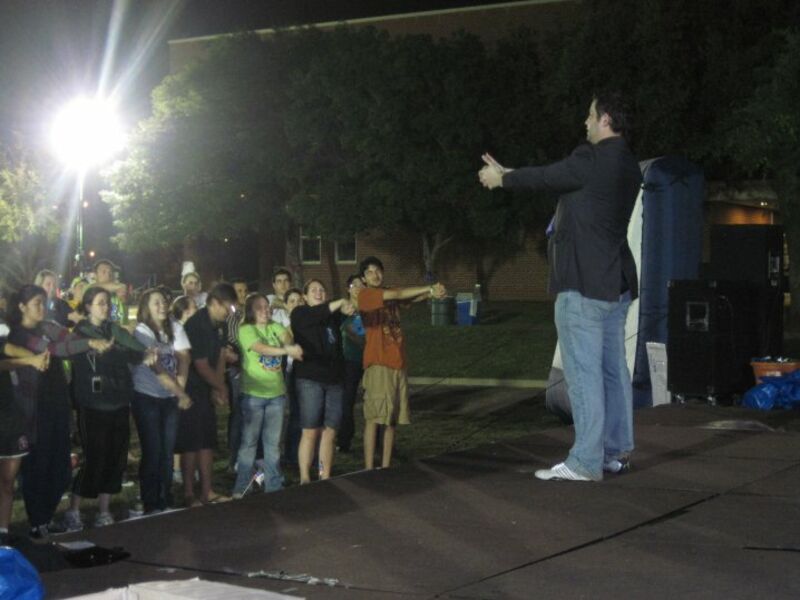 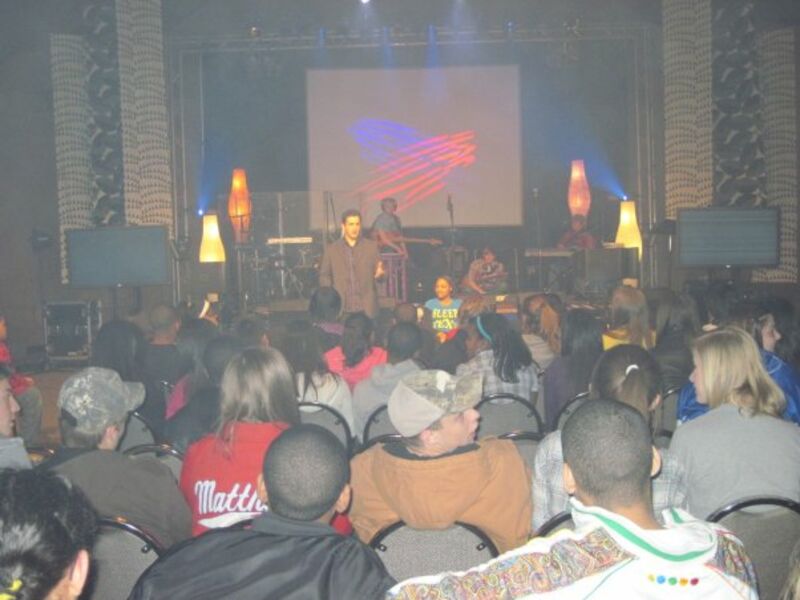 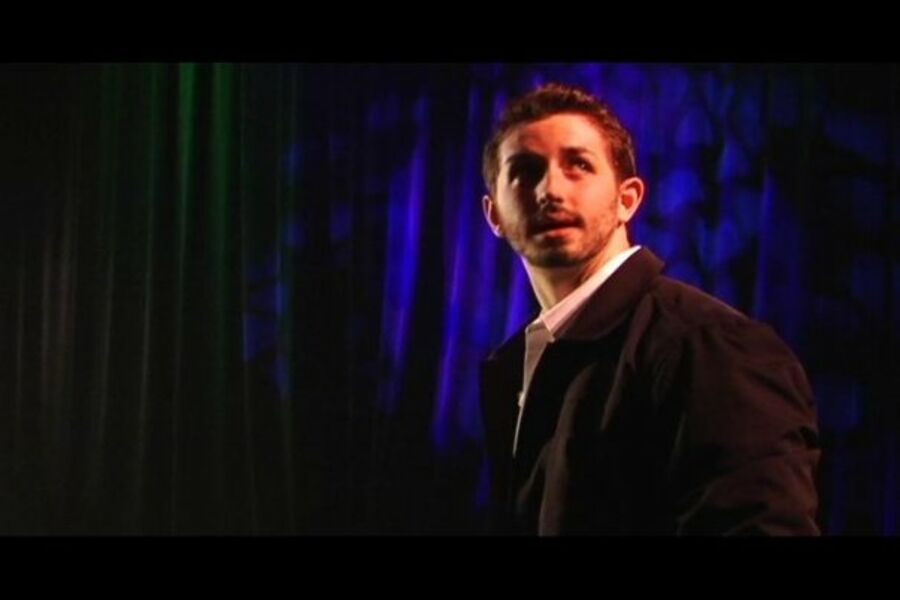 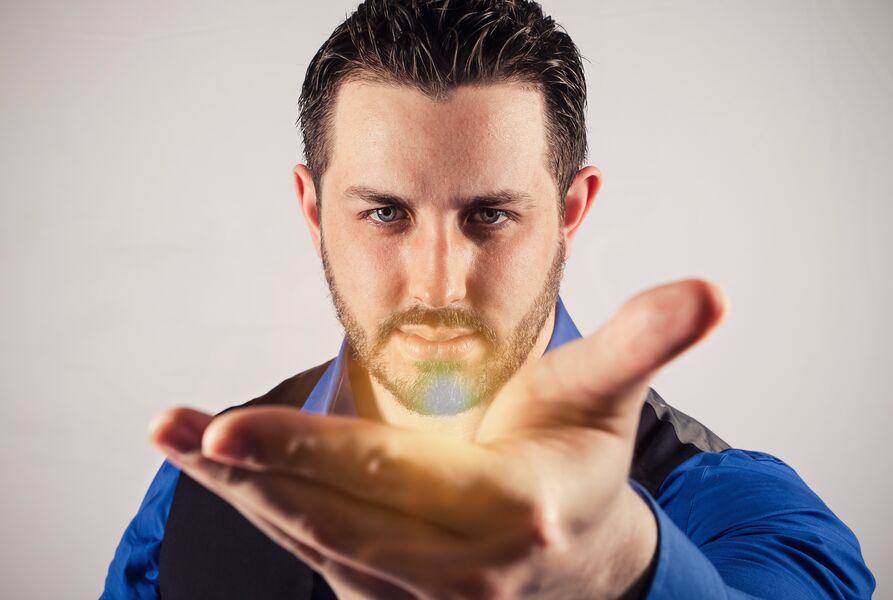 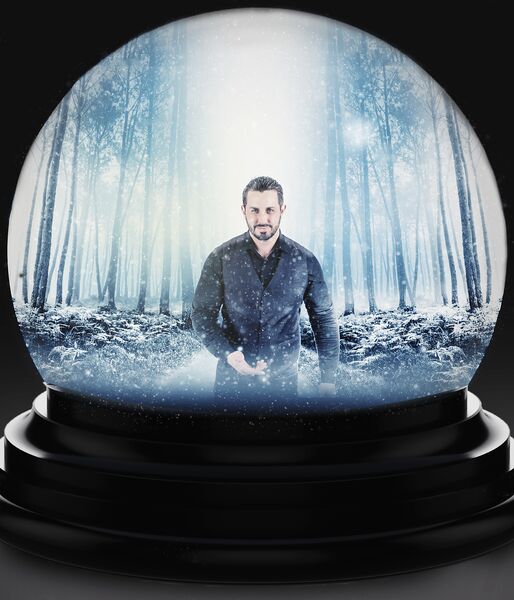