For most Americans, there's nothing like being in the presence of a President of the
United States. We know we're touching history, and for a few moments we feel bigger
than life. A chance encounter with the President is a wonder we can't wait to describe
to our friends. When it happens, we want to get as close as possible, shake hands and
exchange a word—so we can tell our grandchildren.

John C. Morgan is a rare phenomenon. John's performed world wide including at the Comedy and Magic Club
Hermosa Beach, CA. When he performs as George W. Bush, Most people don't realize that he's an
impersonator, because he's just that good. But even if they're expecting an
impersonator, John takes them by surprise. He's amazingly gifted with
President Donald Trump's physical appearance, and he has assiduously cultivated the President's
mannerisms and speech patterns. The hair, the face, the moves, the quips, even the
verbal Trump-isms—John C. Morgan makes you feel like you're speaking with the
President himself.

On top of it all, John C. Morgan is a best selling author, showman, musician, actor and comedian who plays
the bit for all it's worth. That's how he guarantees golf events are full of surprises in
which everyone participates. Whether "The Donald" shows up in a limo with secret service
agents to fire your starting gun, appears on the 7th tee to give some pointers and pose
for pictures, shows up to make a foreign policy speech at your banquet, or all of the
above and more, your guests will have a grand and unforgettable experience.

Stage presentations run the gamut from comedic and musical to dramatic and
motivational. John's performances not only entertain your guests but inspire them to
focus on the purposes and themes of your gathering.

John will work with you personally to develop just the right performance elements
for your event. His flexible approach allows for periods of spontaneous interaction,
alternating with scripted performances.

JOHN MORGAN travels as "the face" of President Donald J. Trump at corporate, comedic, and faith-based events around the world, bringing joy and inspiration to millions of astonished people who might otherwise never have an audience with America's Commander in Chief. With a small cadre of "Secret Service" agents stationed around him, John nods his head and greets the crowd with the President's trademark smile. John's show combines his hilarious but respectful impression of President Trump with a few famous "Trumpisms", blended with a mix of parody songs and finishes up with an inspiring message about hope and determination. He elicits heartfelt laughter from both sides of the political aisle.

Discovered at a "Bush For President" rally in 2004, Morgan suddenly went from selling appliances to performing at the President's Inaugural. By 2007, John was bringing his big- time comedic impersonation to arenas all across America, appearing live before tens of thousands on Sean Hannity's "Freedom Concerts" and before hundreds of thousands on "The Winter Jam Tour Spectacular," where he amazed audiences with his comedic and patriotic impersonation, guitar playing and singing.

Millions more have seen him on The Family Feud, Headline News, Sean Hannity, The Today Show, CNN, Fox News, E! Entertainment Network, ABC's "The View," and The 700 Club. John won a Dove Award called the Grady Nut Humor Award. Fans even voted him a top four finalist on ABC TV's celebrity reality show, "The Next Best Thing." John was awarded America's # 1 Bush Impressionist along with three "Mirror Image" awards and a 2005 Cloney award for "Best Historical Impersonation" voted on by his peers. and a Cloney for Best Actor.

John was born and raised in Orlando, Florida. He and, his wife of 31 years, Kathy, still reside in sunny Orlando. They have four sons, Christopher, Stephen, Daniel and Jonathan, and five wonderful grandchildren.
John's inspiring journey has been captured in John's two motivational five star books, My Life As A Bush, and his newest, War On Fear. Filled with laugh-out-loud stories, audacious encounters, and helpful insights, each chapter of John's story encourages readers to become the very best version of themselves.

John leaves his audiences thinking about how great they are, how great America is, and how awesome life is!
(more)

This review is for George Bush - not Donald Trump. John was excellent!! He was well prepared and easy to coordinate with. He was funny while being appropriate and balanced since this was a 40th bday. All our guests were totally shocked at how close he looked/acted like George W and commented for days at the fun they had. John - thanks. You're great. 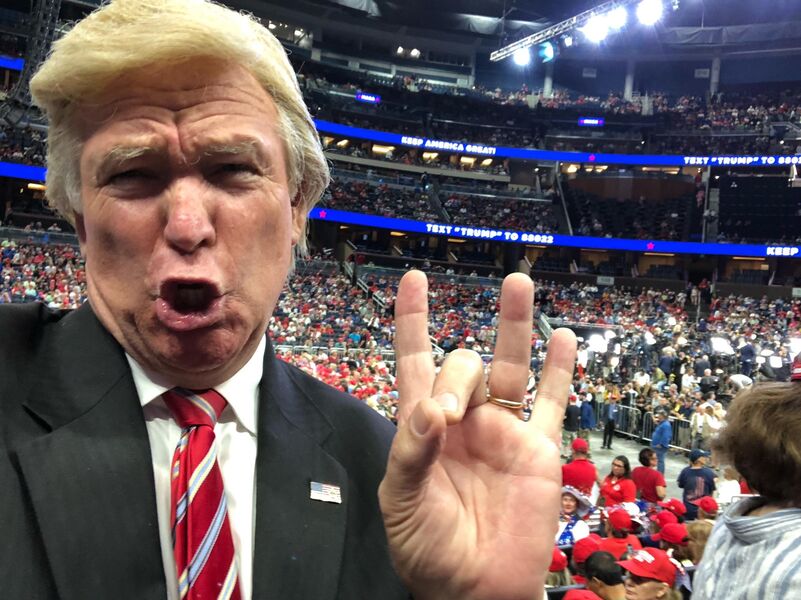 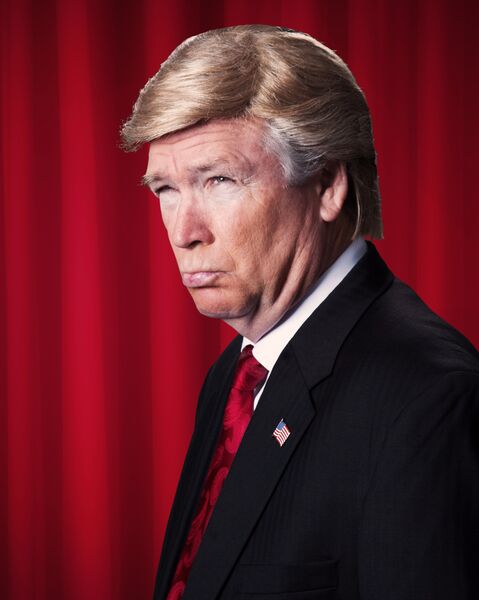 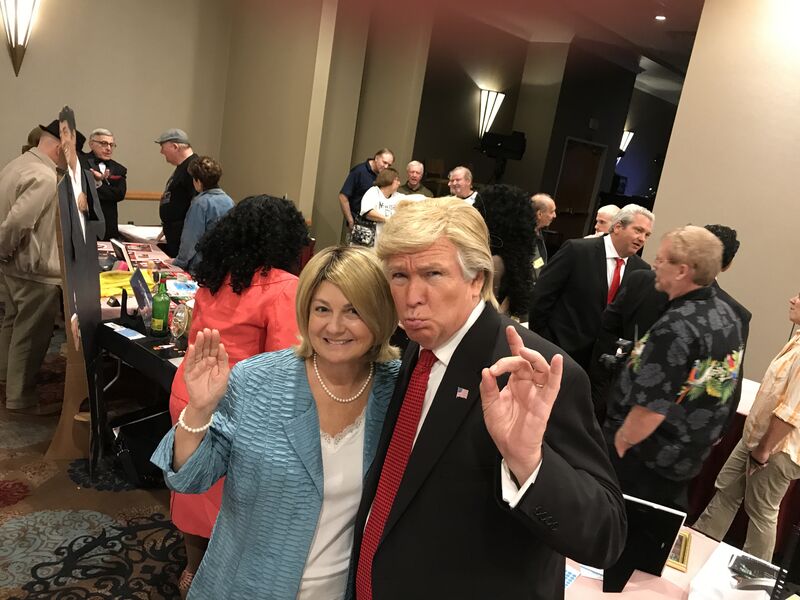 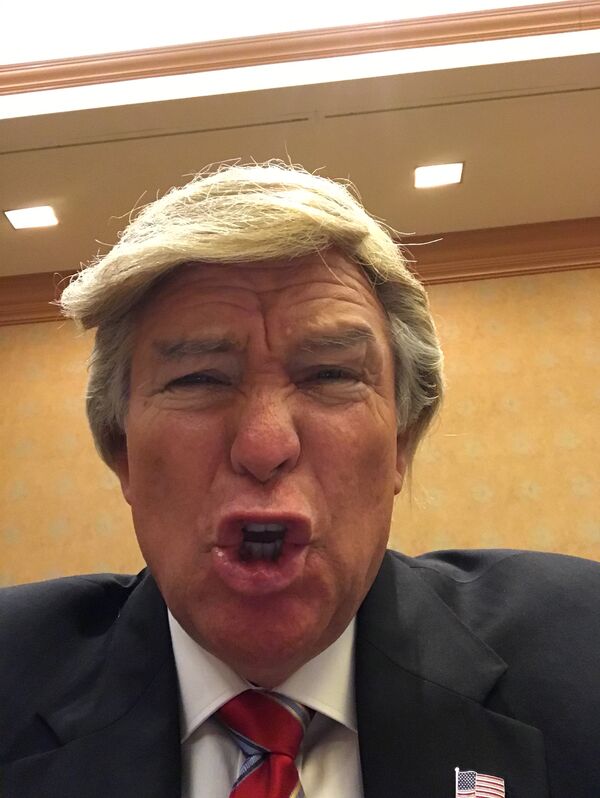 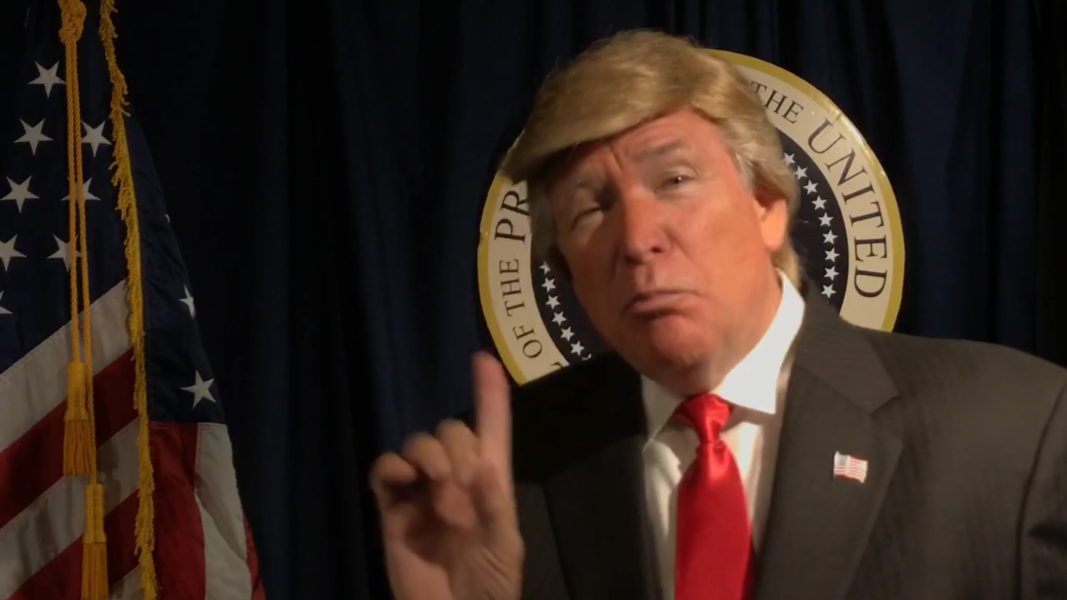 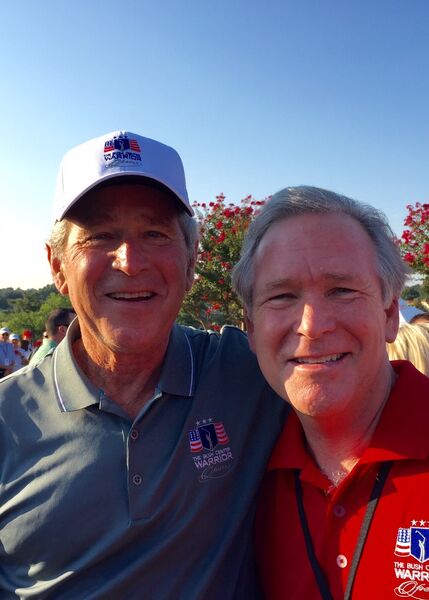 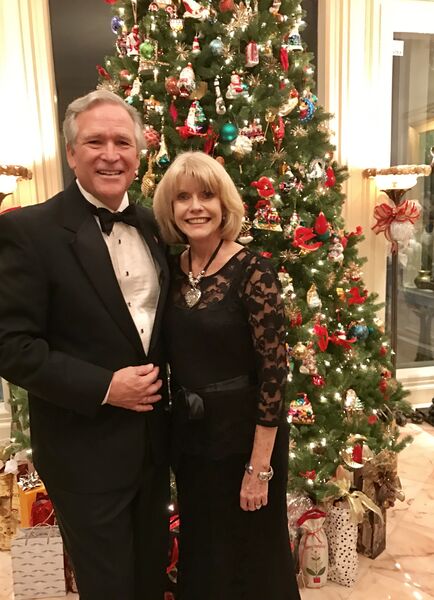 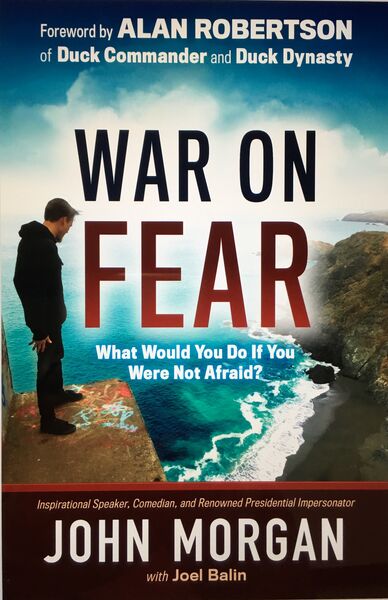 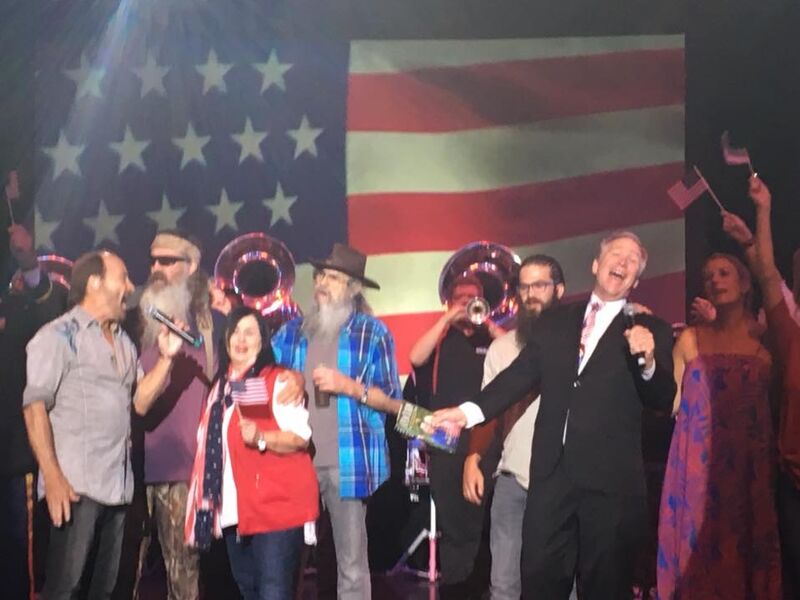 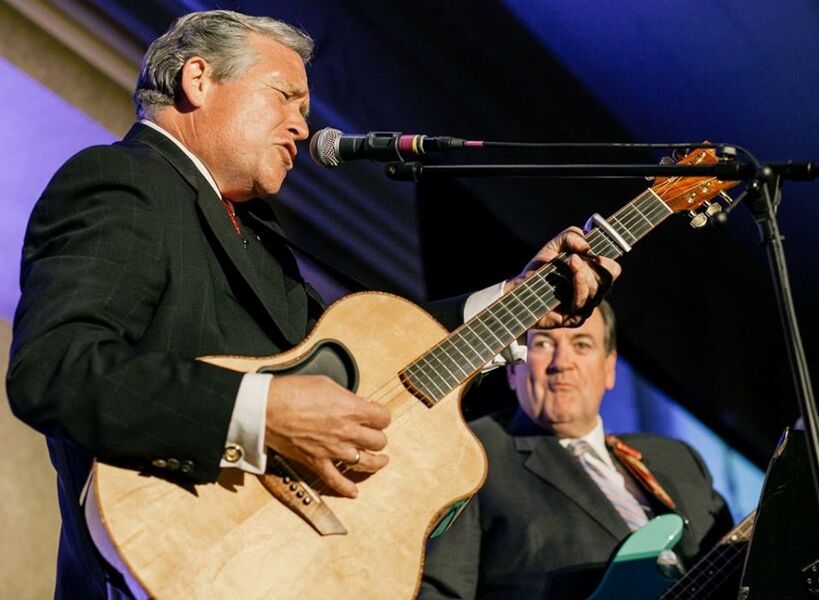 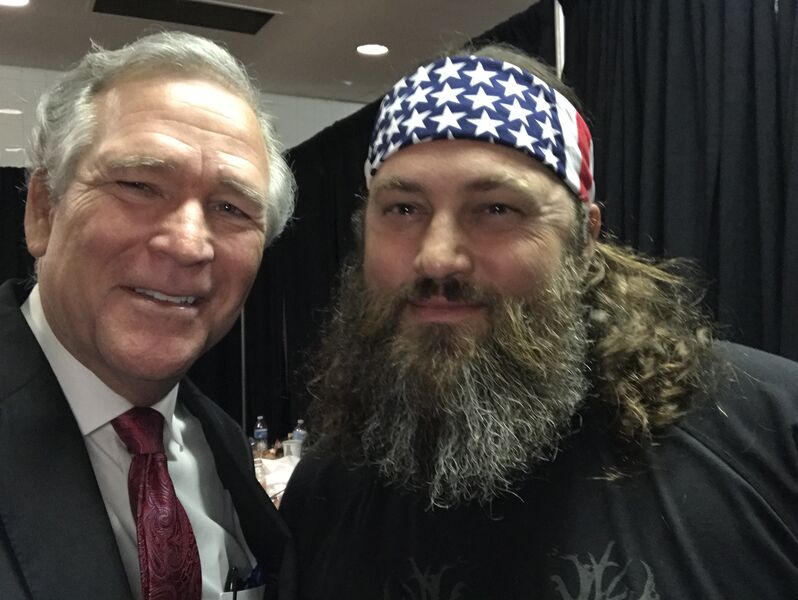 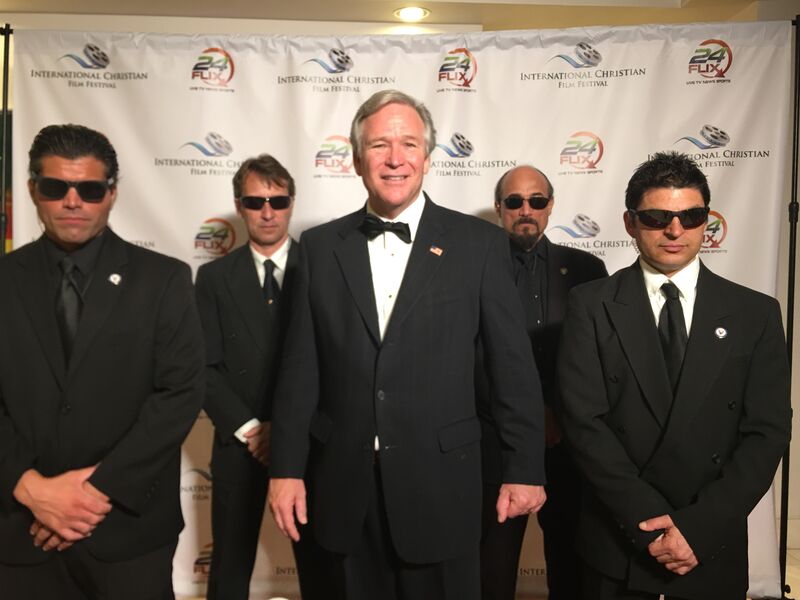 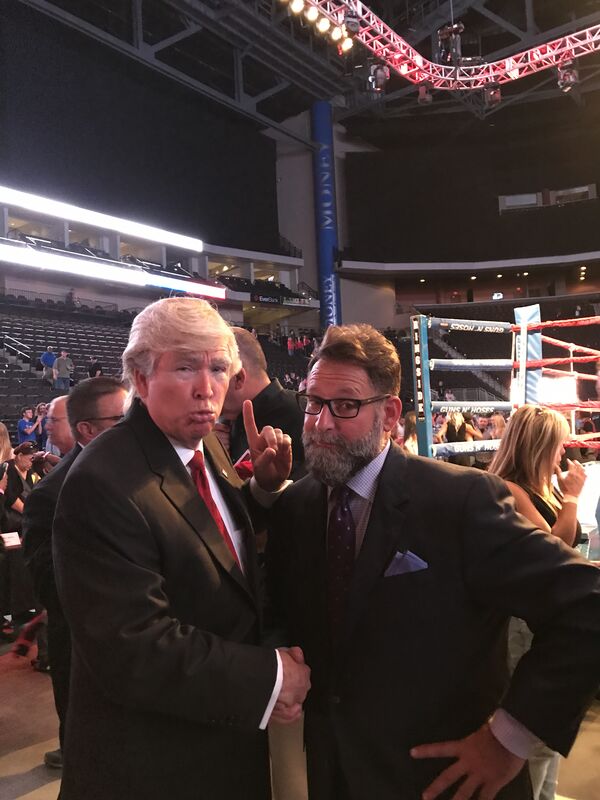