Elvis Impersonator from Los Angeles, CA - Will travel up to 500 miles
95
161 VERIFIED BOOKINGS
MEMBER SINCE 2008
ACCEPTS ONLINE PAYMENTS
BOOKED 4 days ago
$250 - $5000 per event
ACCEPTS ONLINE PAYMENTS
VIRTUAL SERVICES OFFERED
Danny was born and raised in Memphis,Tn and is the ONLY Authentic Number One ULTIMATE 50's 60's 70's Gigmasters Elvis "Tribute Artist/Impersonator" in Los Angeles and Southern California with the style, looks, voice, musicianship, showmanship, to back it up. A World Class Elvis natural vocalist,performer,musician,dancer, " look a like", Danny won first place in Memphis on the same stage that Elvis performed his very first professional show. Danny transitions in a flash from the young 50's Gold Jacket Elvis,60's Black Leather Elvis,to the 70's Gorgeous flashy White or Blue Jumpsuits era Elvis all in one show if requested and time allows. Yes, that is Danny's real hair! NO WIGS! 6 Ft Tall, Slender, Fit, 175 LBS. Danny's Voice Range covers the early Elvis 50's, 60's hits and even the 70's big band songs that most performers shy away from. Danny performs at small intimate parties or large stage events. Danny's natural Elvis ability and vibe allows him to capture his audience in a fun festive way, with audience participation. His love for Elvis shines through in every show and he considers his full time job as an Elvis Impersonator /Tribute artist as the best job in the world. Danny's performances cover Elvis's early television show performances such as Tommy Dorsey, Ed Sullivan, Milton Berle, Frank Sinatra, and his movie years. Danny can sing over 4 hours of different Elvis songs. Danny's Recent performances include the Tournament Players Club - Valencia (TPC Valencia), 20th Century Fox Studios,The U.S.NAVY,The Grand Duchess of Russia Ball and Palm Springs Resorts, performances in the USA, Canada, U.K. , Veterans, Present Military Personnel, Veteran Space Shuttle Astronauts and Major CEO Corporate Events.This summer, Danny will perform at Legends of Rock Show in Canada.

Invite MARILYN MONROE to your Party!! Tracy Craig is the most natural looking, gorgeous Marilyn Monroe impersonator /tribute artist in the world and is available with Danny at an extra, but reasonable fee. She can sing Marilyn's songs beautifully or just do meet and greet/photos with guests. She actually sings Marilyn's songs !Like Danny, She does not fake singing ! No Lip Synch ! Danny and Tracy are very easy going professionals and a joy to work with, feel free to call ,email or message them with any details about your event. They will work with you on budget and timing. You will not be disappointed! Additionally, information about having Danny AND his Band is listed below for those interested in creating the ultimate Elvis concert at your event or party.


Raised on Elvis since childhood, Danny Memphis,a full time Elvis Tribute Artist, truly captures the look, essence,dance moves and natural vocal style in a tasteful, heartfelt, true to the man celebration of Elvis and his music from the 50's 60's and 70's eras with professionally tailored Elvis wardrobe changes to match each era! (No Wigs, Fake sideburns or Halloween Costumes!) Danny is 6ft tall, slim muscular build, 175 lbs like Elvis during his 1968 Black Leather Performance. Danny has dedicated part of his life to preserving Elvis's legacy in a positive, real way,and if that's what you want, he is the man. He actually plays guitar, unlike most others using it solely as a prop! Suggestion!(Always ask performers if the singing voice on their press kits is only their own voice or if they sing along with Elvis's voice on any of their demos!) Unlike 99% of other Elvis performers, Danny performs solo or with his own band, The Extraordinaires, featuring world class musicians and vocalists that have over a lifetime of combined experience which will insure your event will be a total success. Elvis music played authentically and performed live is the ultimate 3 Dimensional Elvis experience.

Danny and/or his band will travel world wide to perform. Feel free to contact Danny to discuss your event and budget. Let's make it happen! Available for Private, Corporate, Stage, TV and Film events.

Bonus Option for your consideration, Danny has a fabulous Marilyn Monroe that can show up at your event for an extra fee . Your guests will be thrilled when Elvis and Marilyn make an appearance! Call for more information.
(more)

Danny is a true professional and was hands down the highlight of my anniversary party. He truly cared about making this event special for my wife and I and bent over backwards to achieve that goal. From the moment he first contacted me till the time that he left our party he was attentive and accommodating to all of my requests as well as making valuable suggestions to me for making his performance and our party more memorable. I cannot thank Danny and his wife Tracy enough for making our 20th Anniversary renewal of vows a memory that will last my family a lifetime. More than worth every cent I paid. If Elvis is who you are looking for Book This Man

Him and his wife Tracy were great. They arrived early to set up for a 5pm show. Danny came on at 5pm sharp and walked around the room saying hi to everyone. His first song brought a tear to my mom’s eye. It was her surprise 75th birthday party. He was booked for a 30 minute set but performed for almost 45 minutes. By the 2nd song their were people up and dancing in the room. He is the best sounding “ELVIS” on Gigmasters. He sings and looks great! I would recommend him to anybody. After finishing his set “ELVIS LEFT THE BUILDING” but he did come back to take photos with everyone who wanted one and helped sing Happy Birthday to my mom. Thanks Again Danny and Tracy!

Danny Memphis was amazing! The best we could have hoped for for an Elvis Impersonator at our Las Vegas themed event. Also, the feedback I got from my over 200 guests was the same. They were all very impressed with his outfit, persona and singing! I am thrilled we hired Danny Memphis! 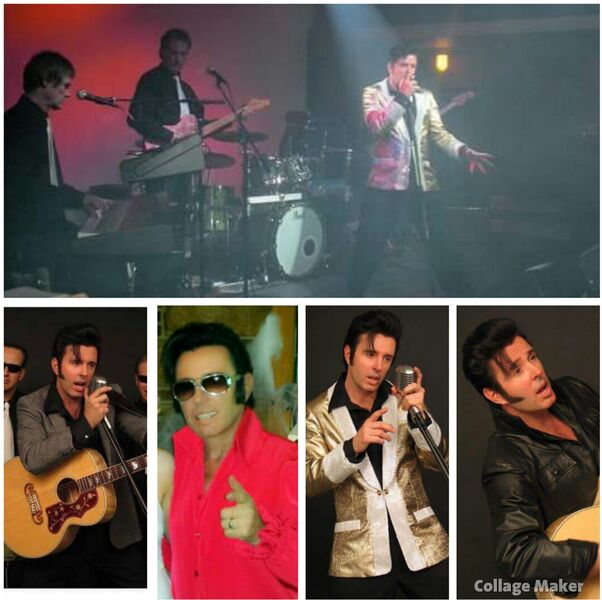 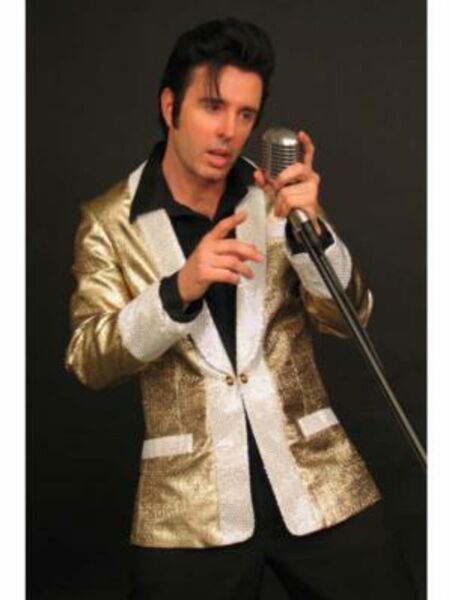 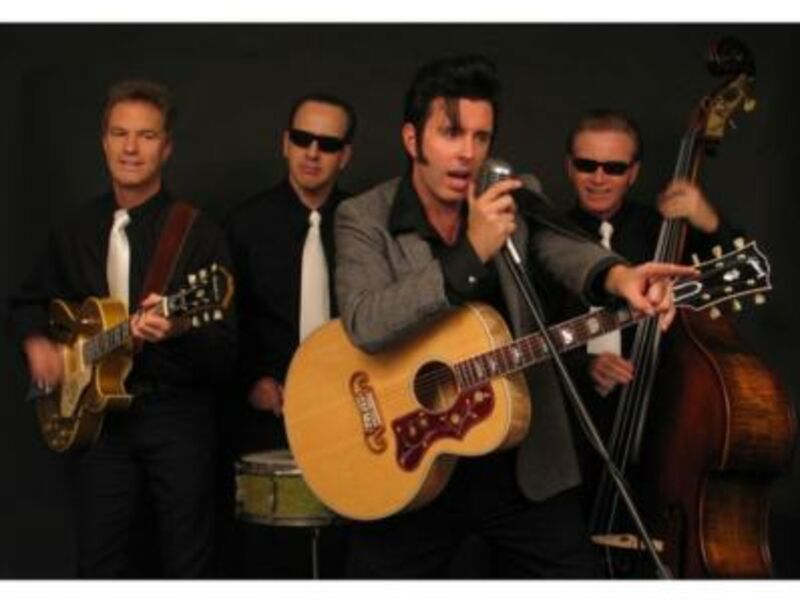 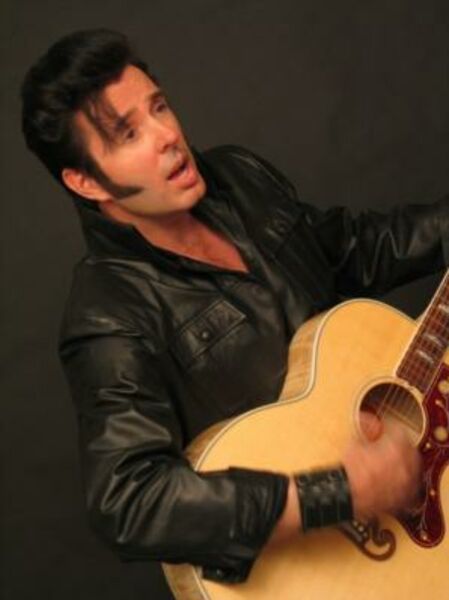 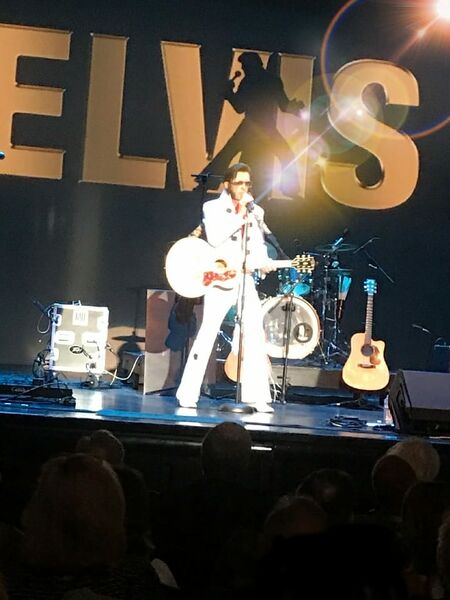 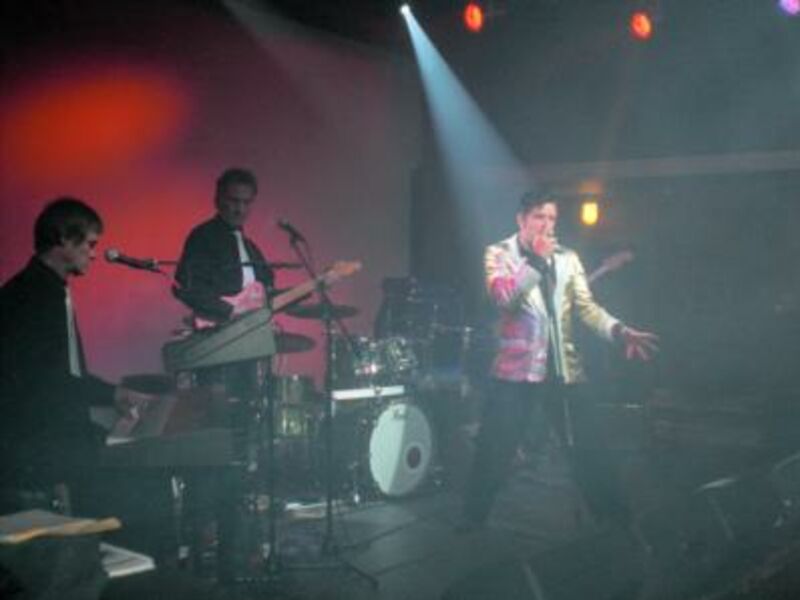 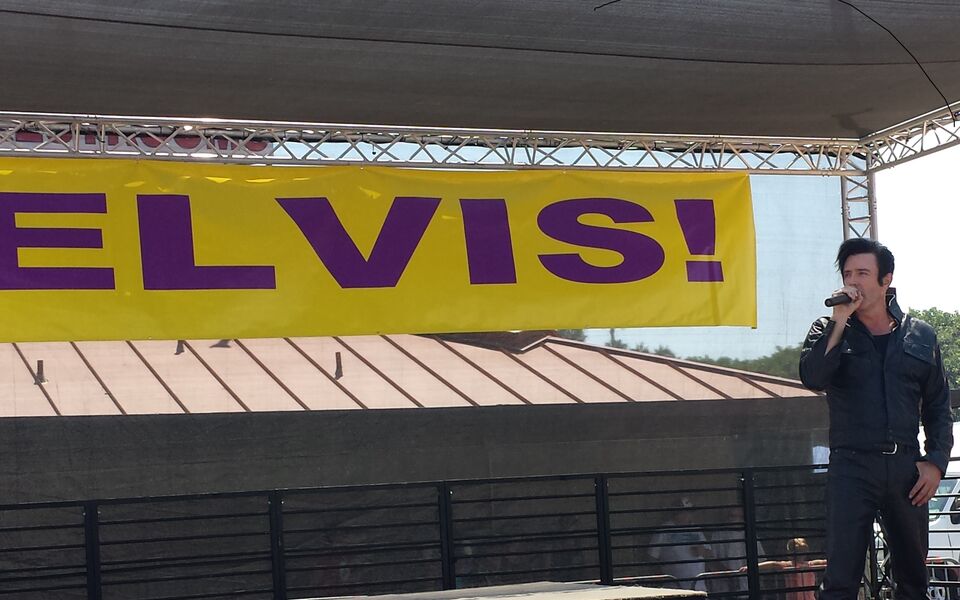 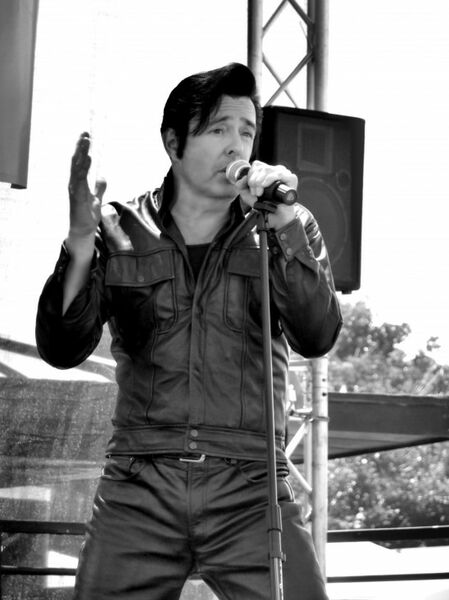 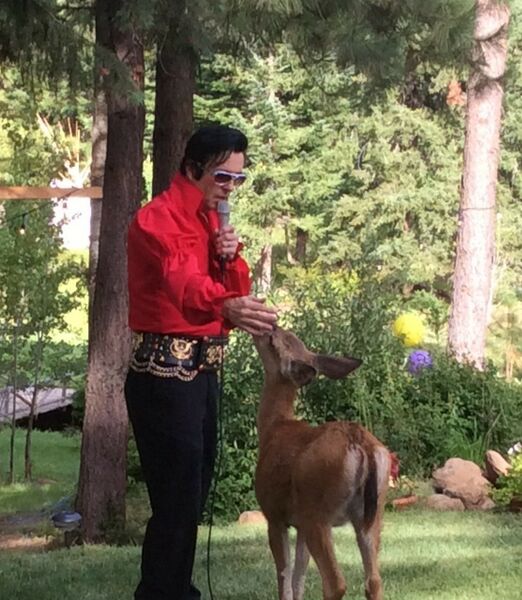 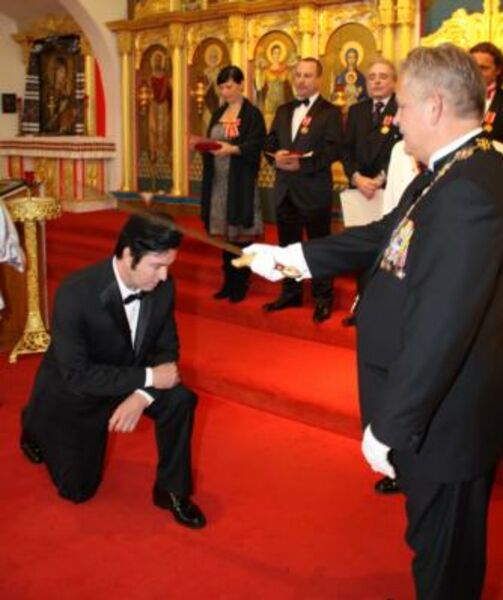 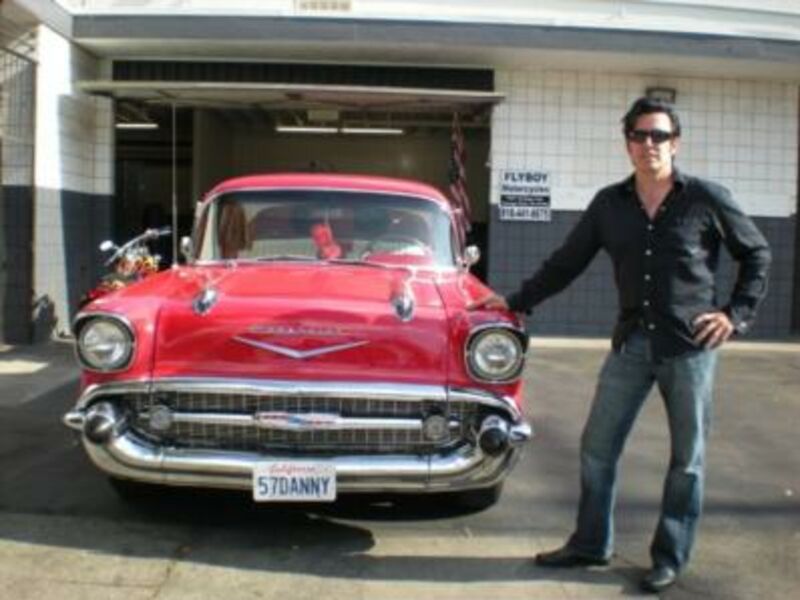 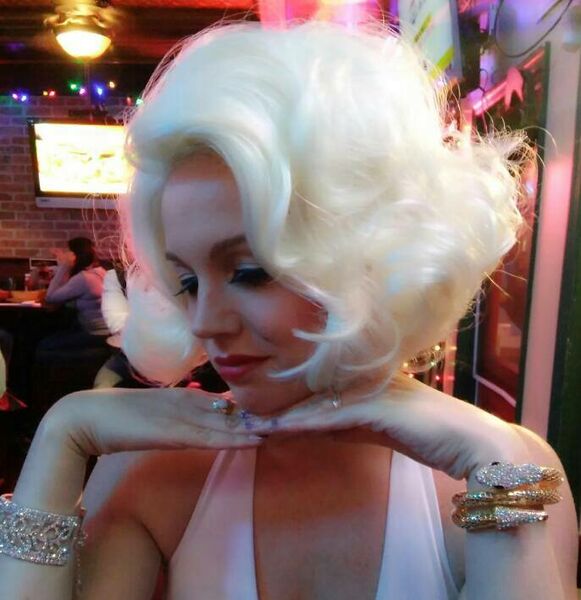 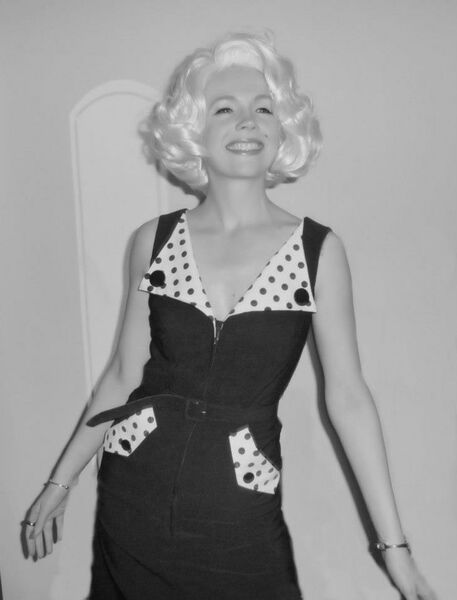 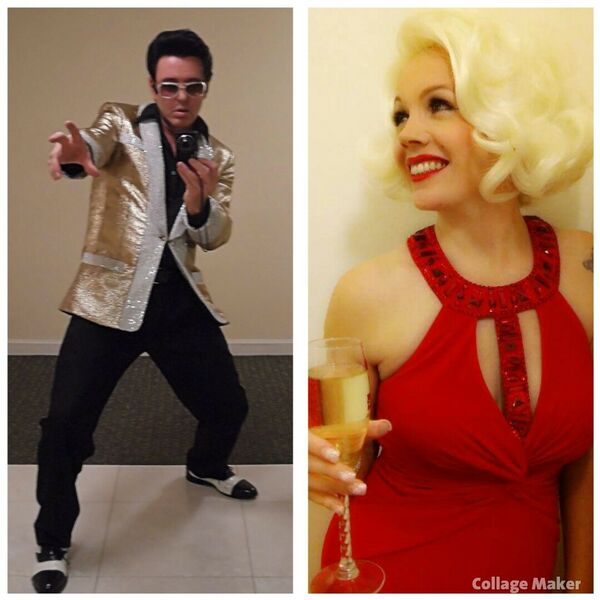 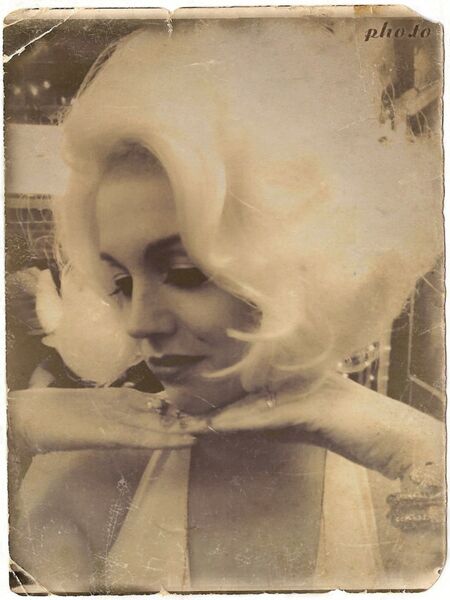 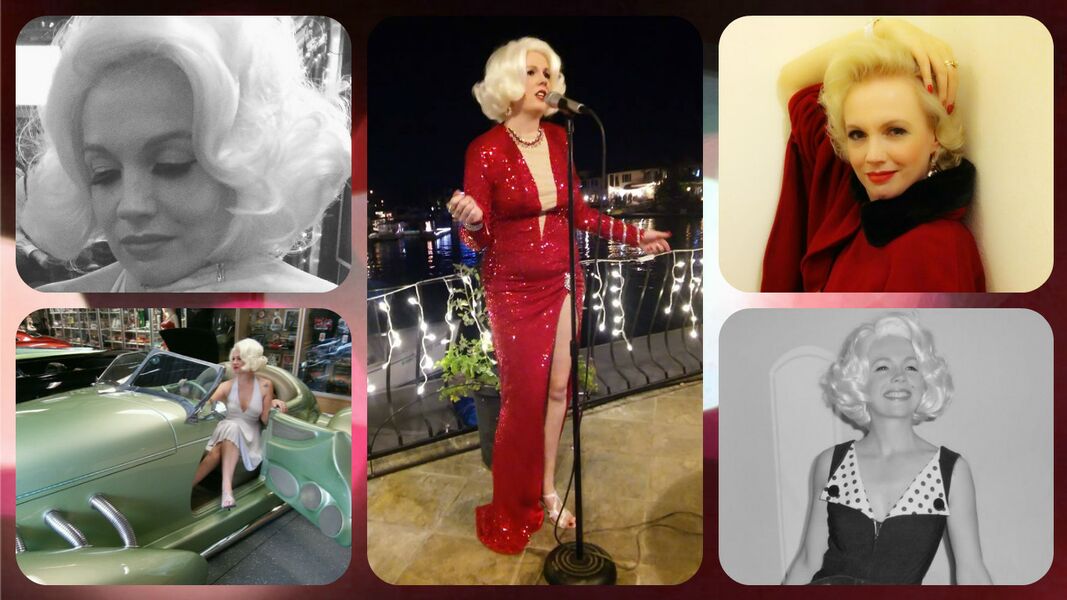