Roland has performed at "The Wang Center" in Boston, Massachusetts, the "C Note Club" Nantasket beach, to New Frontier in Las Vegas from The Villa Roma in the Catskills of New York, to Cape Cod's Chatham First Night New Years Eve event. For over forty five years since 1971, Roland Julius has brought back the memories of Elvis through his shows, "Elvis, That's The Way It Was" and "Elvis On Tour".

Roland also is a disc jockey that still plays oldies music with 45s and Cd's from the 40s era to the 80s.

Roland has composed a show that captures the energy and dynamics of an Elvis concert and possesses a stage presence that draws the audience to him. Noted for his superior vocal talent, Roland takes pride that his performance is completely natural and the delivery of each song is filled with emotion, so that the audience not only hears the music, but "experiences" the song.

"What I try to do is give the illusion of Elvis still on stage and bring back the feel and pieces of memories that people have already had or seen on television and regenerate those," the show is a true tribute to Elvis.

Roland Julius is arguably one of the top Elvis Tribute Artists in the Boston area. Having performed on thousands of occasions at venues throughout the New England area, he is highly sought after by many top organizations and companies for corporate entertainment.

Roland is not just another 'Elvis impersonator'. He is an accomplished guitarist and foremost, a true professional entertainer. He does not just stand there and sing, he likes to move among his audience, making it an interactive show and an unforgettable event.

"Portraying Elvis onstage is really second nature to me because of my history with him. I met Elvis when I was only fifteen and saw him up-close back stage with the fan club in the Boston Garden".

"Many impersonators never saw Elvis live (and of course never met him) and can't give the audience the basic appeal of the King of Rock 'n' Roll. I have a wide vocal range and can sing Elvis' songs, from the 50's to his 70's songs, most in the original keys. And my hair, sideburns, height, weight are all naturally like him."

I'm very blessed to have met Elvis and known him - and blessed too, to be able to do the tributes to him that I've performed around the New England area for over 30 years now. I'm proud to help bring Elvis' memory to people with class, dignity and humor. Elvis had all those good qualities and more. I promise you that I'll do my very best for you in the spirit of my friend and my hero... the greatest entertainer of
the 21stcentury, Elvis Presley."

The powerful voice, dazzling energy, good looks and physique, and the warmth and humor of Elvis at his peak come back for fans everywhere through Roland Julius and his tribute to Elvis. A unique ability to capture the essence of Elvis in concert comes easily and naturally to Roland for a number of reasons. Don't just take our word for it. For over 30 years in this business is a long time and you need more than luck to survive.

Roland brings you his solo Elvis Tribute act with backing tracks. Roland is a highly respected and rated Elvis tribute artist who has been perfecting his craft for many years. His act has performance charisma, with great vocals and a style that all his own.

Roland Julius brings you his Elvis Tribute act with full band. This is a very special, live, and full musical experience.
The band consists of...
* rhythm guitar
* piano
* bass guitar
* lead guitar
* drums
* keyboards (optional)
* backing singers (optional)
The experienced the band creates is a very full sound and will give your audience a great time. The optional keyboard players can be added to give a full Vegas style sound. Request your favorite Elvis songs - Roland and the band will do the rest!

Other entertainment packages are avaialbe form acoustic guitar with Elvis to performing with other bands as a guest artists. Please contact us for any questions or if we can be of any help to your entertainment needs.

Elvis of Boston was very nice to work with and he was very accommodating.

i will hire him again and i will also recommend him, he is the best of elvis, Thank you very much !!! 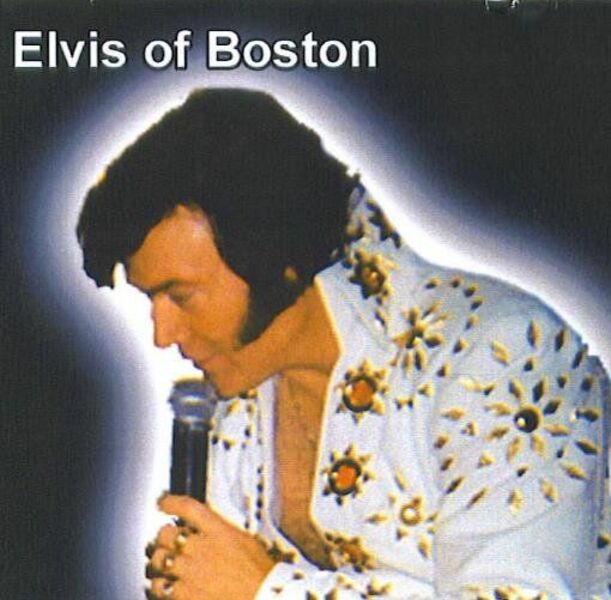 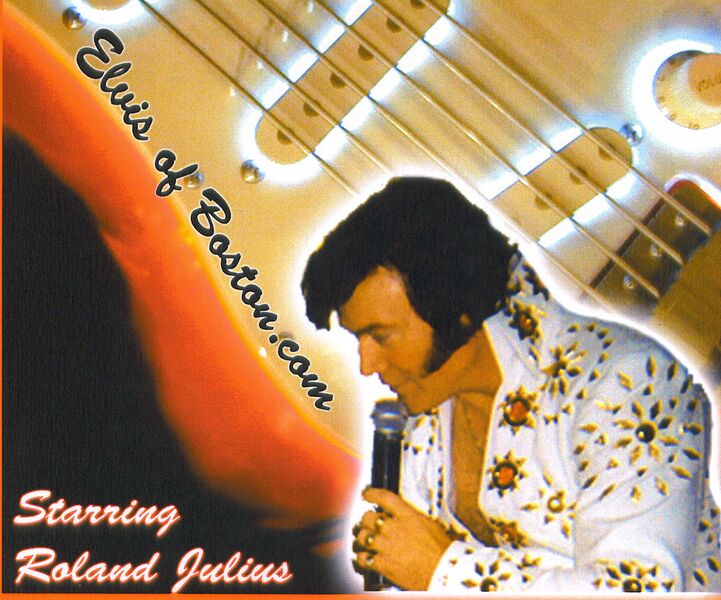 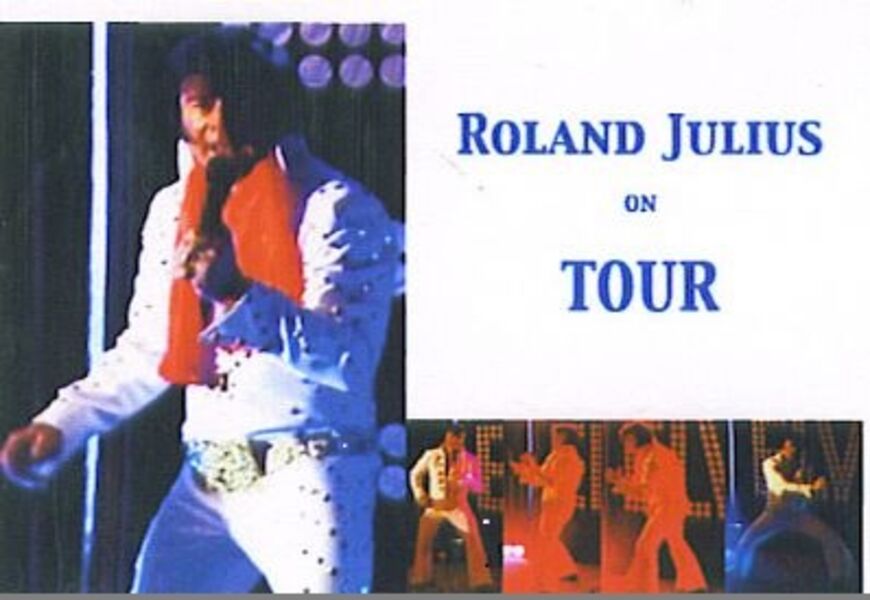 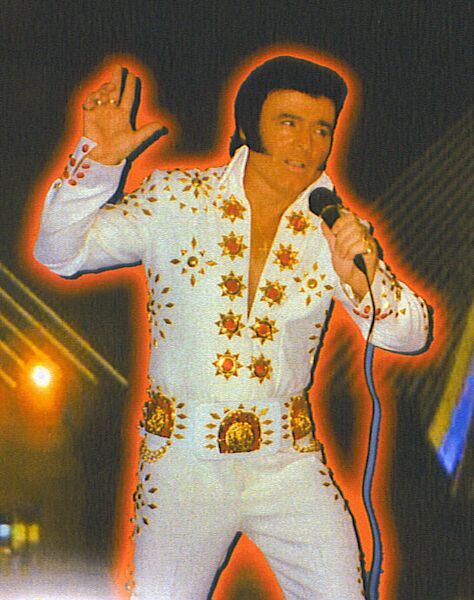