Impersonator from Pinellas Park, FL - Will travel up to 100 miles
1
2 VERIFIED BOOKINGS
MEMBER SINCE 2005
$1200 - $1800 per event
Dolly Parton, Bette Midler, Liza, Barbara, Judy, Reba, Carol Channing, Patsy Cline, Tom Jones, Elvis, Neil Diamond, Willie Nelson, Englebert, Frank Sanatra, Louie Armstrong, Buddy Holly, Fats Domino, and Little Richard are just a few of the stars you'll see at Keith Coleman and Ruby Tuesday's Las Vegas Revue Show. They pull out all the stops in this hour and a half extravaganza of light and sound that will leave even the biggest skeptic begging for more.

Keith and Ruby have toured extensively in the United States and Europe. Las Vegas, Atlantic City, Palm Beach, Chicago, New York, Rome, Paris, and Venice are only a few of the city's in which they have performed.

We where very pleased with the show, in fact everyone said it was the best show we presented to our community in a long time. I already recommended the show to other communities in the Fort Myers area and also gave them Gig Masters web site for reasonable and talented entertainers. 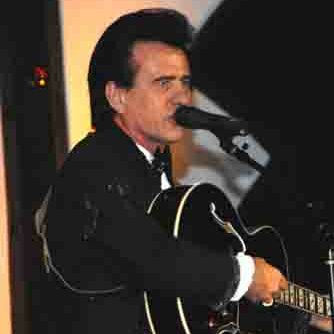