BE SURE TO NOTE MICHAEL ST. ANGEL'S IMPRESSIVE RATIO OF CUSTOMER REVIEWS TO BOOKINGS SINCE JOINING GIGMASTERS. No other Midwest Elvis entertainer on Gigmasters can compete with these numbers.

Michael St. Angel is The Elvis Entertainer for all occasions. Not only does Michael have the Look and the Moves, most importantly Michael St. Angel has The Voice, making his performance and presentation a valued and professional production from start to finish. Michael has an eye for detail and that is obvious in the first few minutes of his taking the stage (all areas of his wardrobe are exact replicas of Elvis' and his moves on stage are clearly reminiscent of the King's own shoulder-shaking, hip-swiveling, arm-lassoing frolics from his movie years in the 50's and 60's and live concerts in the 1970's). His tribute is one of great respect and sincerity, and his own character comes shining through with his colorful personality and sense of humor that immediately captivates his audiences.

In addition to private shows and public events at banquet halls, nightclubs and restaurants all over Illinois, Indiana, Iowa and Wisconsin, Michael has also had the pleasure of performing at esteemed venues such as the RAVE CONCERT HALL in Milwaukee, the VAL AIR BALLROOM in Des Moines and the VIC THEATRE in Chicago. Additionally, he has entertained and impressed audiences of thousands at professional sports stadiums such as the SEARS CENTRE ARENA, the UNITED CENTER for the Chicago Bulls game and CELLULAR FIELD for the Chicago White Sox game. Michael's credentials also include him being interviewed and filmed for a television special which aired on FOX NEWS the week of Elvis's birthday and that showcased his story as an entertainer and Elvis Tribute Artist.

Whatever the situation calls for, Michael will be sure to accommodate your requests. His shows can include an abbreviated, yet exciting guest spot; a 60-minute high-energy set of classic Elvis songs- essential Elvis rockers and romantic ballads alike- in the style of one of Elvis' live Las Vegas concerts; or multiple hour-long sets, along with costume changes, covering his most famous songs spanning all eras of Elvis' blessed career. Live band options are also available. His show can be specifically tailored to completely satisfy your needs on all fronts.

If you are looking for Elvis entertainment for your corporate event, summer festival, wedding or birthday party, any occasion or event at all, look no further than Michael St. Angel, The Elvis Entertainer.

Michael performance exceeded my expectations and everyone attending enjoyed the show. I would hire him again in a second. Made the night very entertaining! Thanks again

Micheal was excellent.!!!! He performed at a memorial for my Father who was a huge Elvis fan. We wanted him to bring up the mood, & he was perfect. He did songs that all alike enjoyed. He felt the small crowd out & made a wonderful impression on everyone. WE would DEFINITLY hire Micheal again & would recommend him to anyone who wants to enjoy the Elvis experience. Chris & Veda

Michael as Elvis was fantastic!!!! He is a wonderful performer with a great voice and even greater personality. He really got our guests involved and kept them interested. Many of my guest stated that it was the best surprise and the most fun they've ever had at a wedding! He comes highly recommended from this very pleased bride & groom! 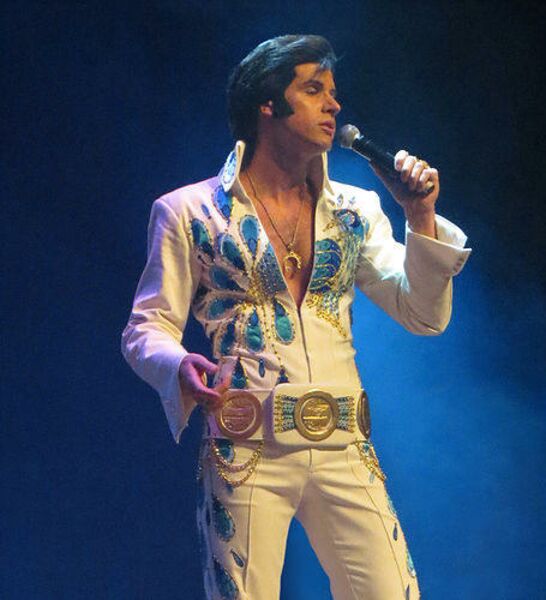 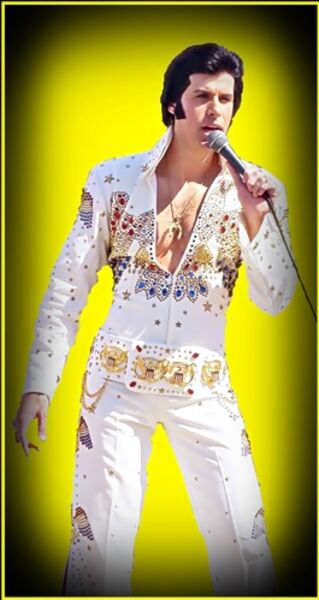 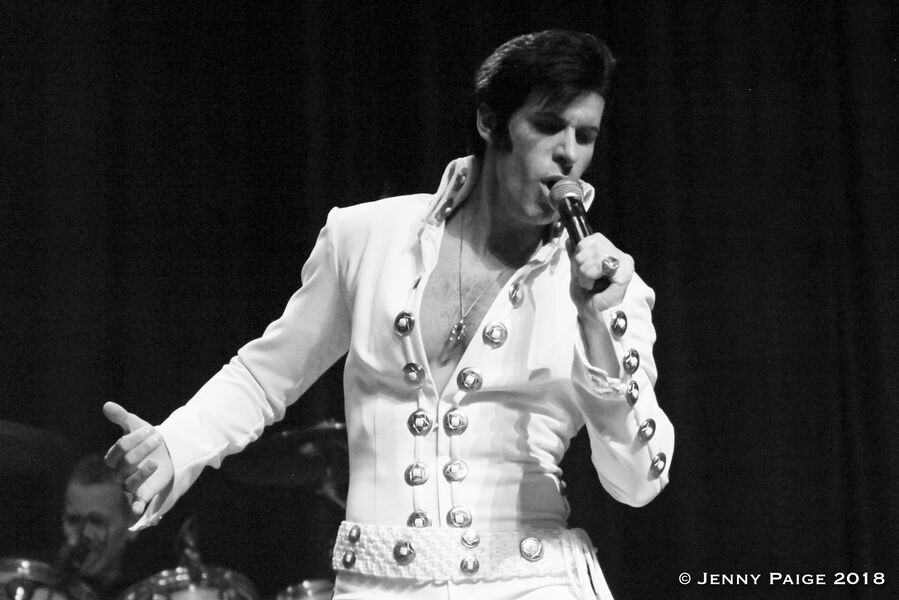 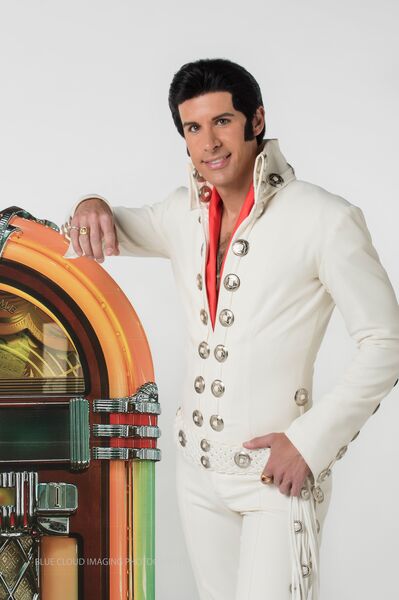 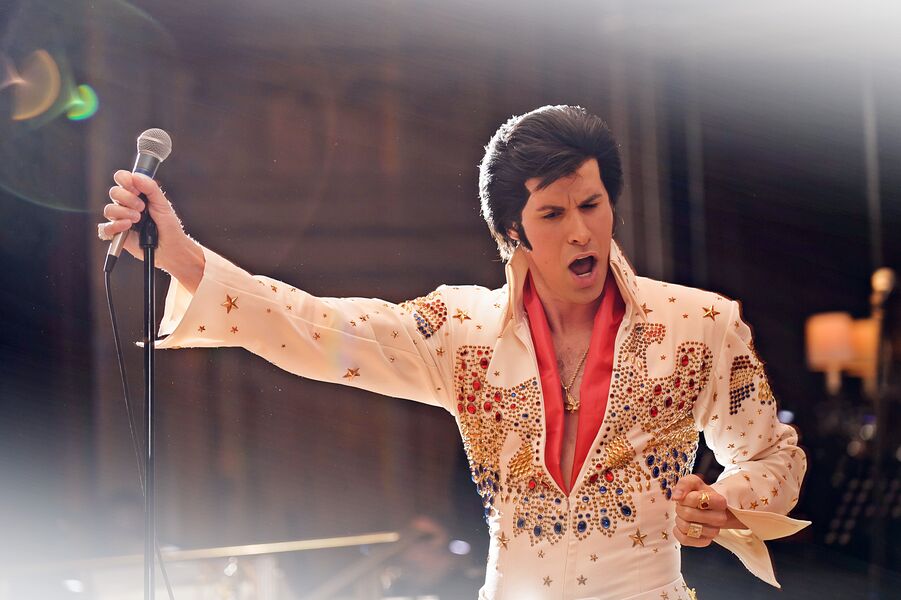 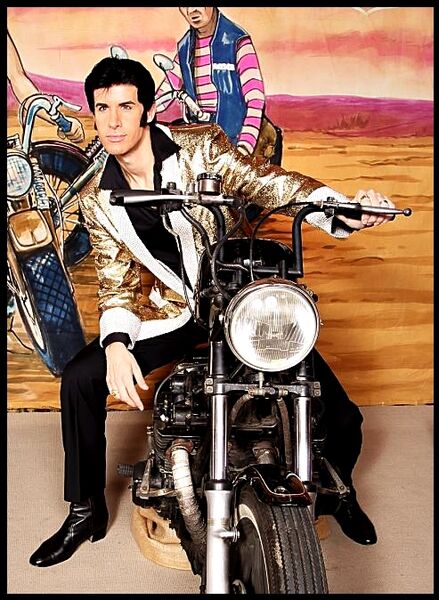 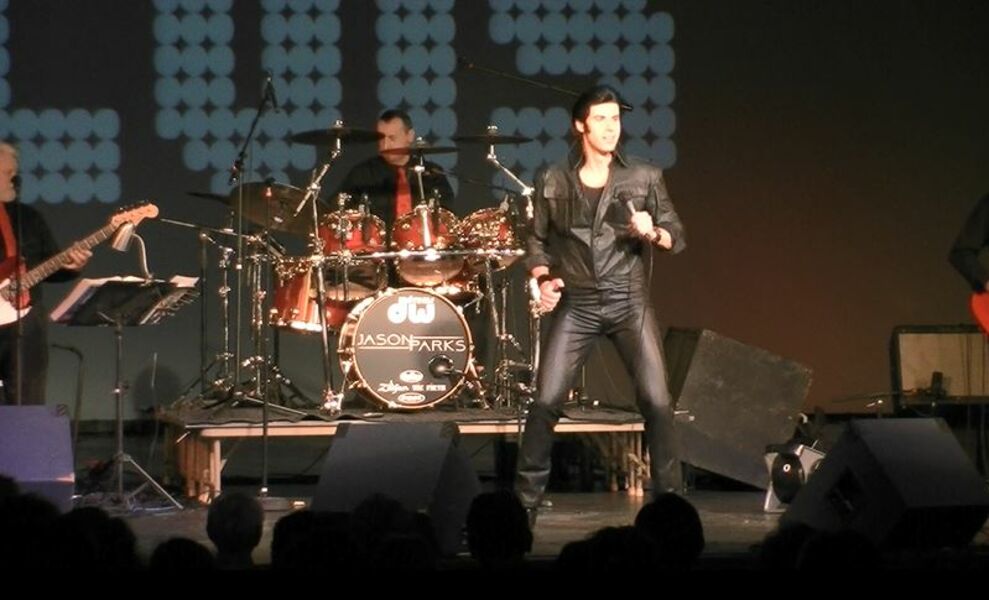 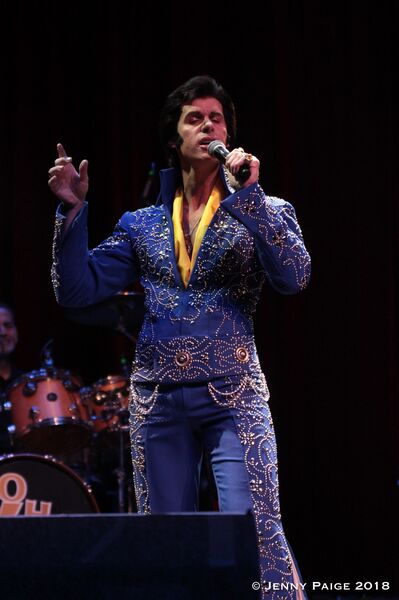 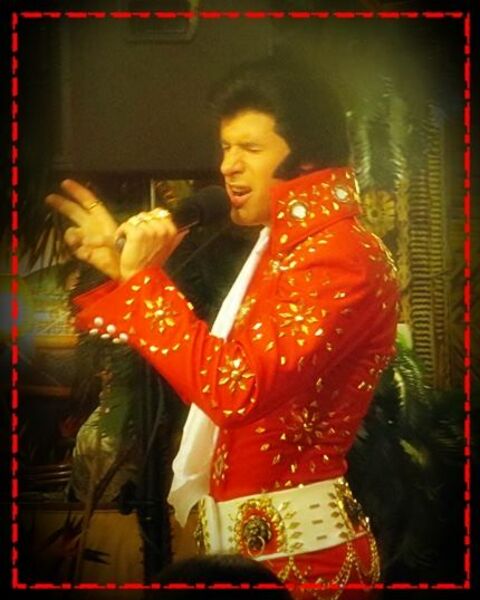 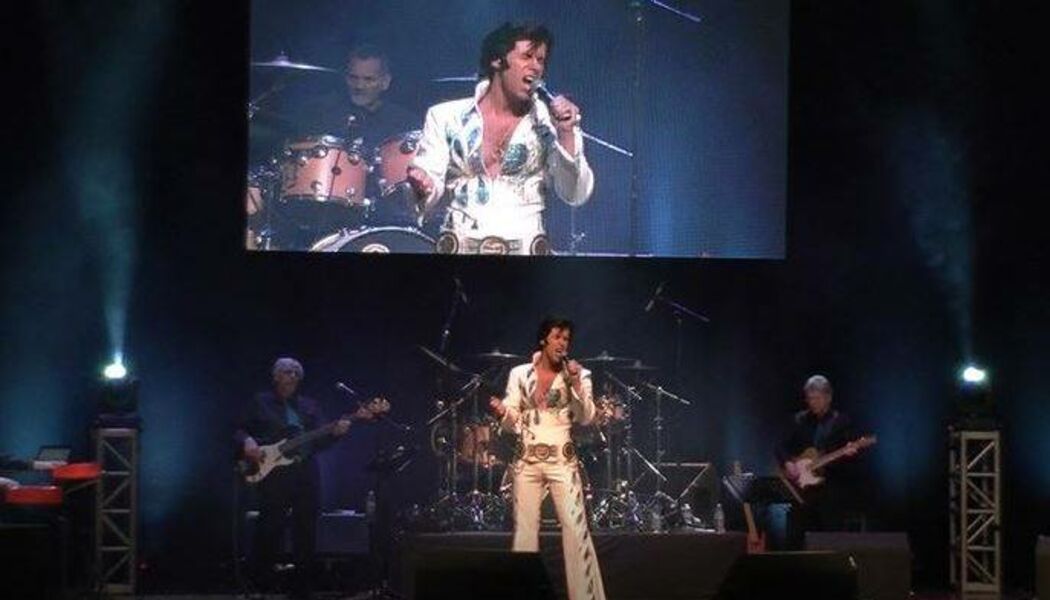 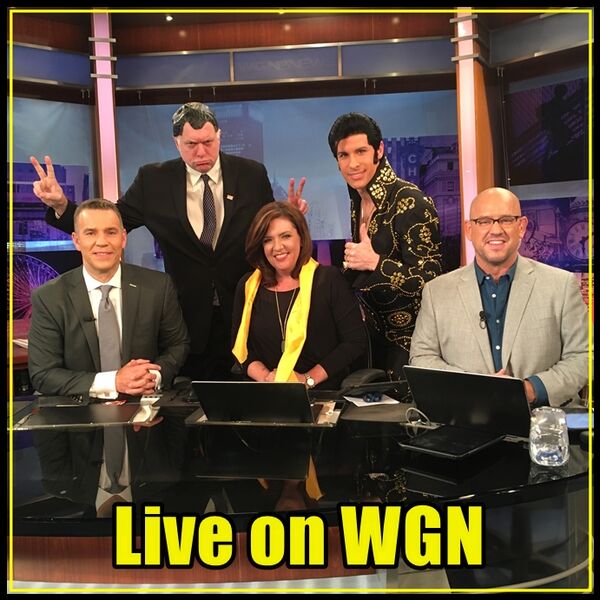 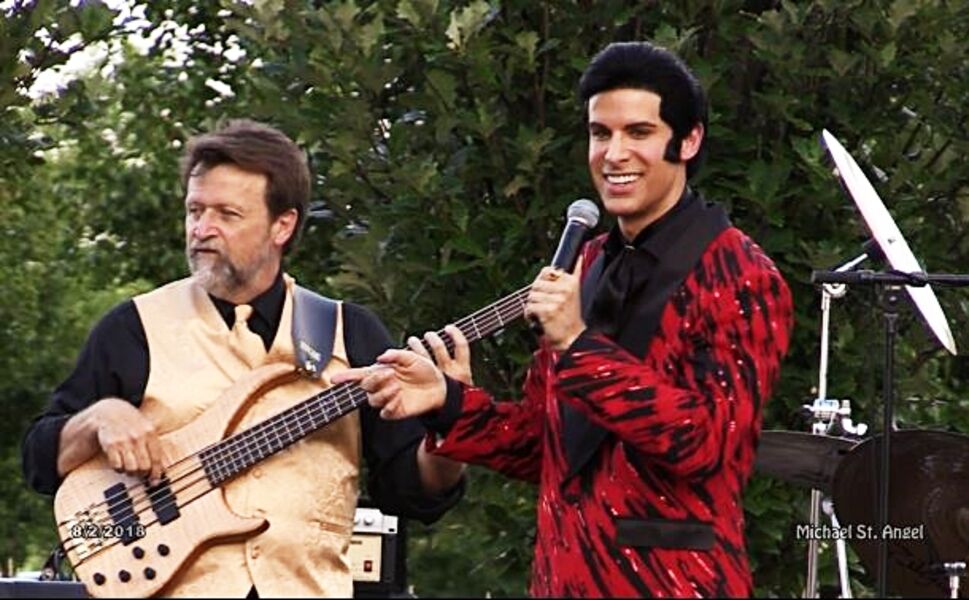 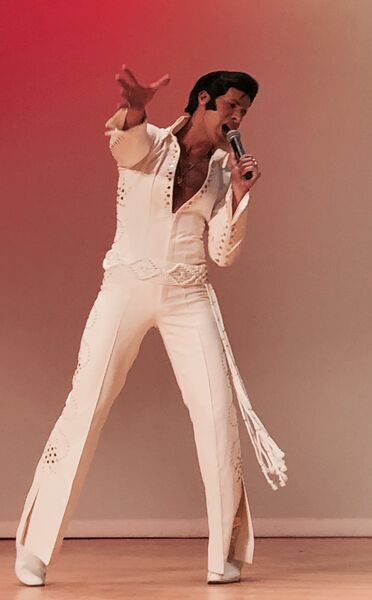 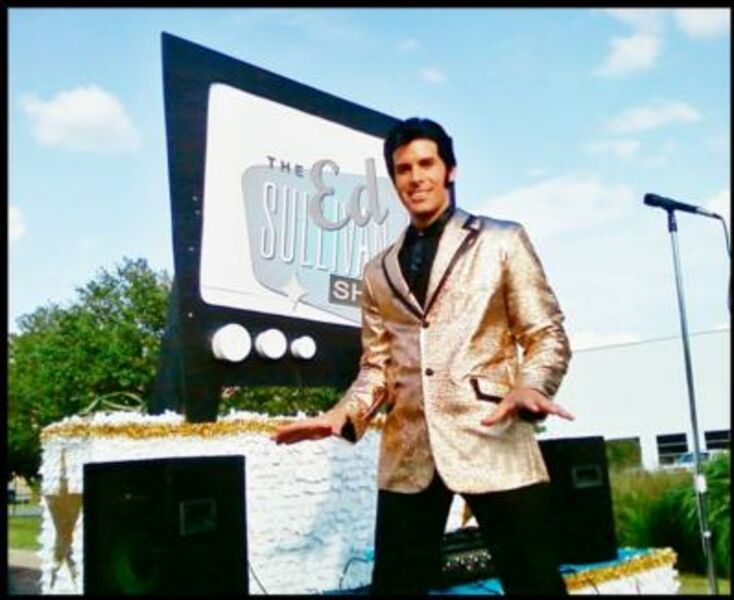 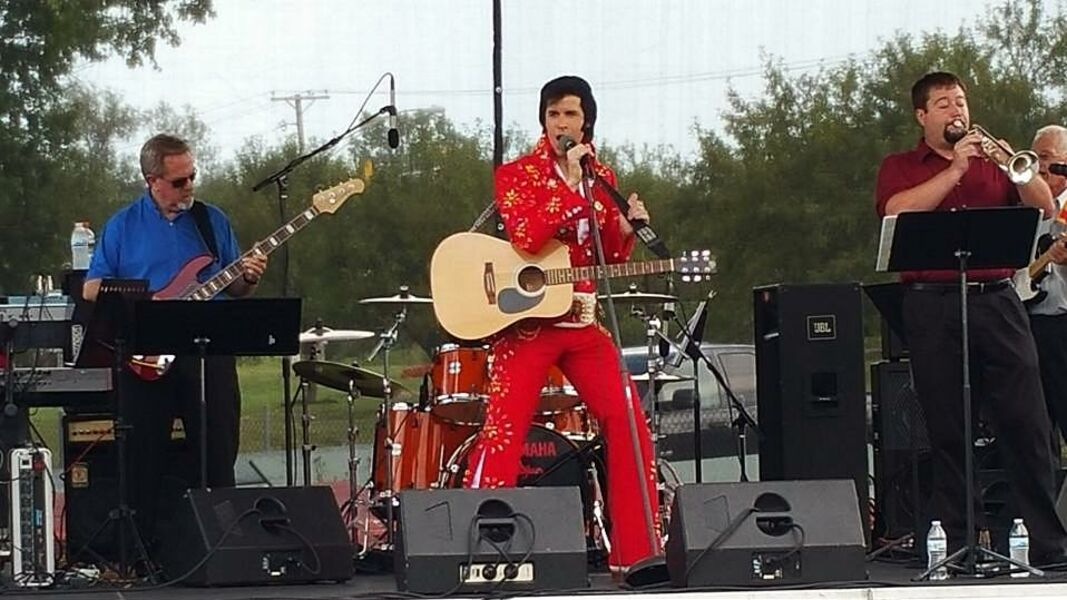 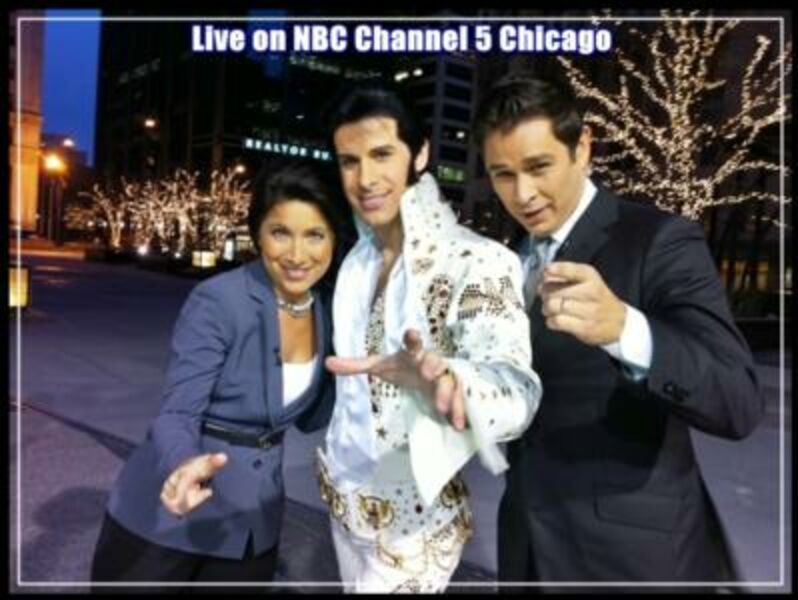 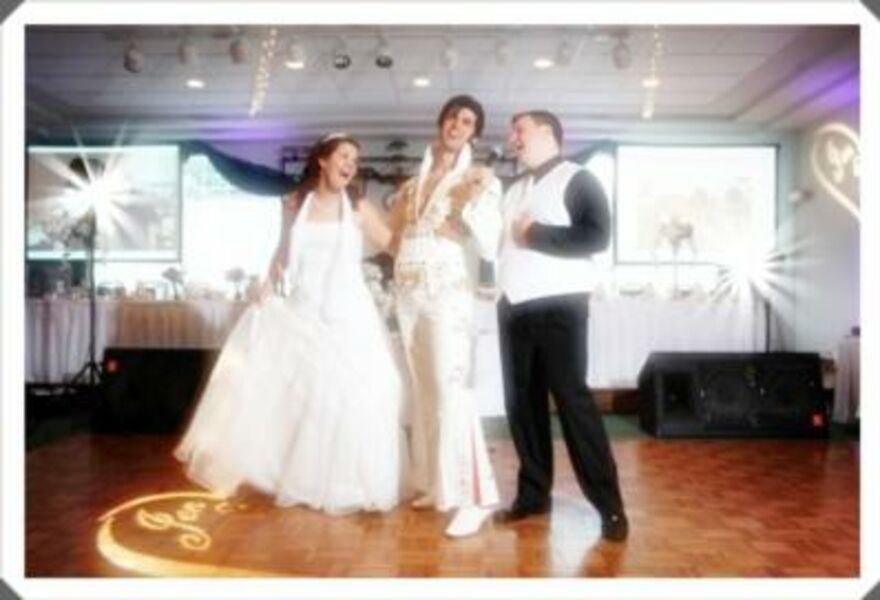 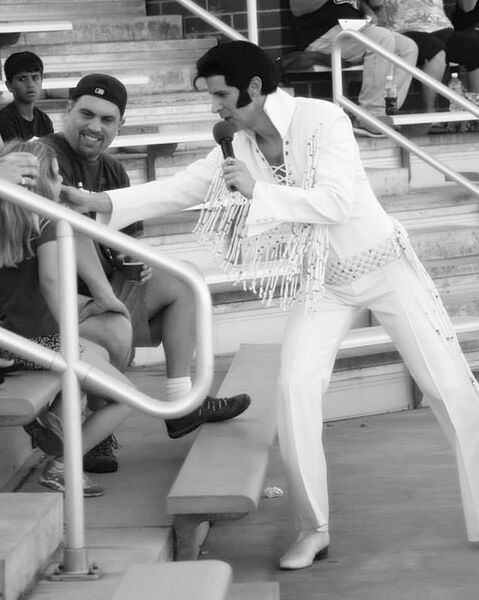 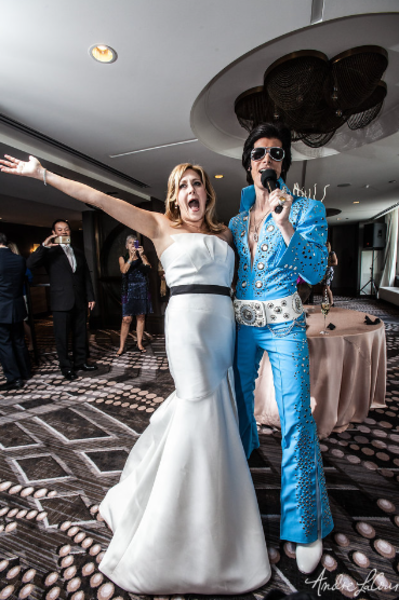