Neil Young performs at City Winery on September 23rd, 2013 in New York City.Curtis Wayne Millard
By Andy Greene
September 24, 2013 11:20 AM ET
Longtime Elvis Presley impersonator StingRay probably never dreamed he'd open up a show for Neil Young and Jackson Browne, but that's the position he found himself at the first annual Ocean Elders benefit dinner at New York's City Winery on Monday night. The Ocean Elders are a collective of politicians, philanthropists, environmentalists and artists dedicated to protecting the world's oceans from pollution, over-fishing and other ecological threats. That's a big task, but it's attracted big names like James Cameron, Ted Turner, Prince Albert, Queen Noor, Jackson Browne and Neil Young, who were all at the event.

Where Does Neil Young Rank on Rolling Stone's 100 Greatest Artists of All Time?

StingRay started out the evening with a twenty-five minute set of Elvis songs. The man is an absolute pro, and he came equipped with a blue jumpsuit ("to match the color of the ocean") complete with a cape and rhinestones. He resembled Blue Hawaii-era Elvis and had all the moves down: the lip curl, the karate kick, the hip shake and even the between song banter like, "Thank you mama, thank you very much."

He did a passionate set for the people (this reporter included) near the stage. He didn't even stick solely to the obvious hits, dragging out deeper cuts like "A Mess of Blues," "The Impossible Dream" as well as cover songs like "Runaway" and "Johnny B. Goode" that Elvis made his own.

"It's a privilege to be here," StingRay said when he got offstage. "I'm opening for music icons like Jackson Browne and Neil Young. It doesn't get any better than that. Words cannot explain how excited I am. I feel blessed…My favorite Neil Young song is 'Pocahontas' and my favorite Jackson Browne song is 'Somebody's Baby.'"

Stingray is the #1 Elvis tribute artist on the east coast. He is the highest rated tribute artist in the country on this website. All you have to do is sort out the entertainers by rating and you can see this for yourself.(just read the costumer reviews that each client has posted) Stingray was invited by Graceland and Jerry Schilling to appear at the book release party of 'me and a guy named Elvis' that was held at The Hard Rock Cafe in New York City on Gugust 17th,2006. Friday June 30th,2006 at 7pm and 11pm, stingray appeared on the primetime CNBC show 'on the money'. Stingray appeared on the msnbc tv show countdown hosted by 'keith olbermann' monday april 24th,2006 and host 'keith olbermann' called his performance 'brilliant' stingray was chosen to appear on cbs tv channel 3 in philladelphia on may 6th 2005 at 12noon. Cbs tv hired stingray to perform and help promote the elvis mini-series that aired may 8th and 11th on cbs. He was
rockin' out with all the early elvis hits backed up by his 3 piece band in cbs plaza from 12-1:30pm. Stingray performed his tribute at the mohegan sun casino on march 12th 2005 for 2000 guests of the mohegan tribe commemorating the anniversary of the casino. Stingray is an exciting and innovative performer who has been singing in and around the new york area for the past ten years. He features a unique style having mastered many favorites from the 1940?S ballads to the present day rock and roll. With his personal band, the delta rays he performs an authentic showcase of elvis presley hits that is unparalleled.

His vocal credits include: appearances for cbs television awards at the waldorf astoria, performing on a bill with johnny maestro and the brooklyn bridge, darlene love, little anthony and the imperials along with cbs television?S ray romano. Bruce morrow, ?Cousin brucie? From cbs radio called him ?The best elvis stylist he had ever heard?.

Other corporate appearances include entertainment for abc television?S, spin city, the new jersey devils, the new york islanders and the new york yankees. Ray has been a featured performer at such new york city night spots as maxims, tattoo, the supper club, le bar bat, shellys and bb kings in times square. Stingray appeared at trumps taj mahal in atlantic city on new years eve 2003 and also appeared at the world famous mohegan sun casino in connecticut on may 30th, 2004.Stingray appeared at the taj mahal on sept 29th and will appear at the mohegan sun casino on new years eve 2004.

His performance is a must see for fans of the king of rock and roll.
(more)

I have to say, I could not have been happier with Stingray's performance! He came out and surprised my wife at our Wedding, singing a medley of severla songs. My wife jumped up to sing with him. So did my Father-in-law and then a ton of our guests! After his amazing set, he posed for pictures for quite a long time with our very enthused guests!! I highly recommend Stingray! He sounded just like Elvis and performed just as well!! Peter

Overall, very professional and excellent performer. Stingray was a big hit at the Wedding Reception. Everyone thought he did a great job. From the beginning of the booking process, Stingray was very accommodating and easy to get in touch with. He is a very friendly guy! I highly recommend him for your event!

Stingray was great! Everyone loved his performance. He got everyone up and dancing. We would definitely recommend him to others. Thank you! 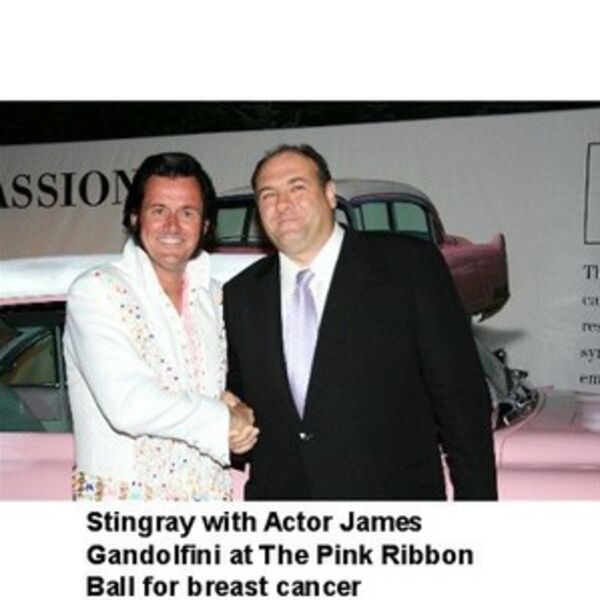 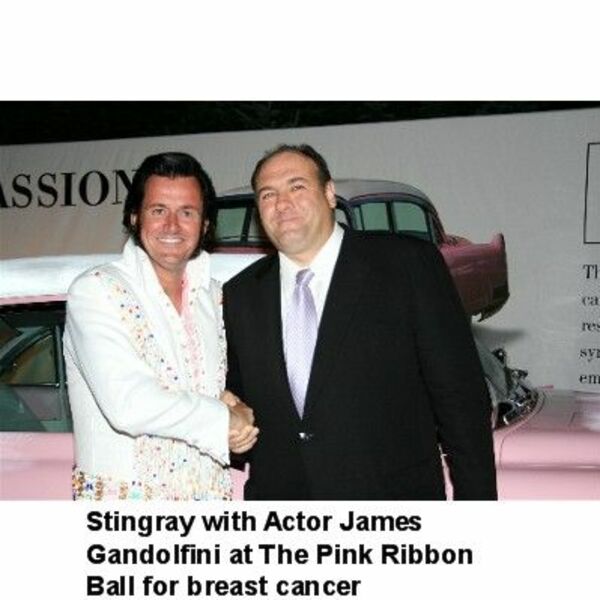 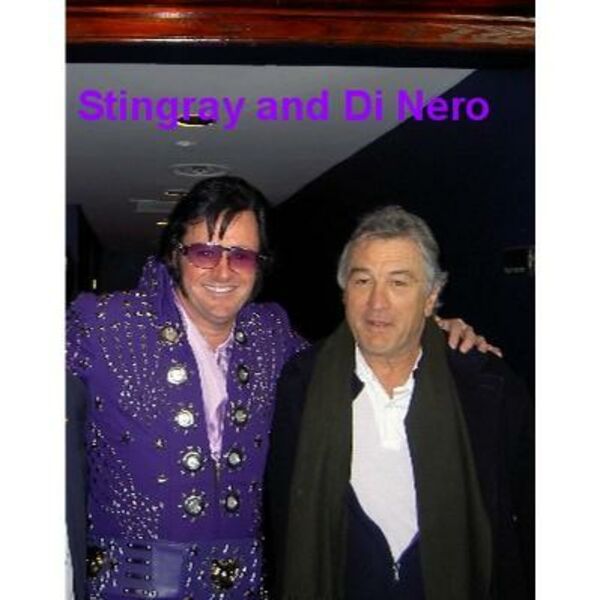 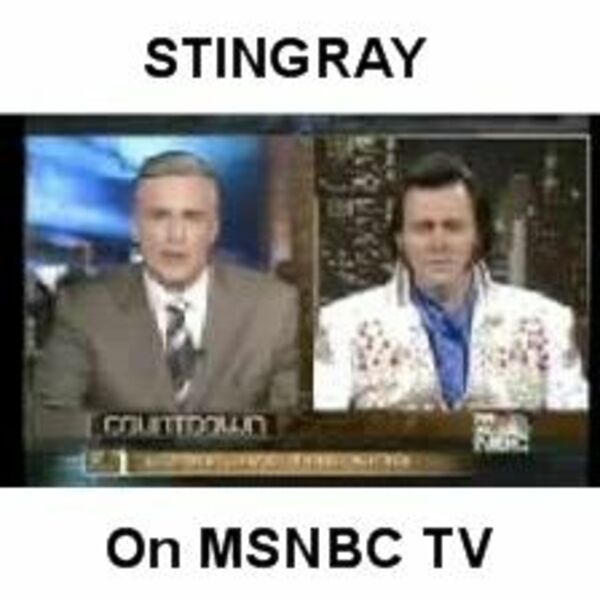 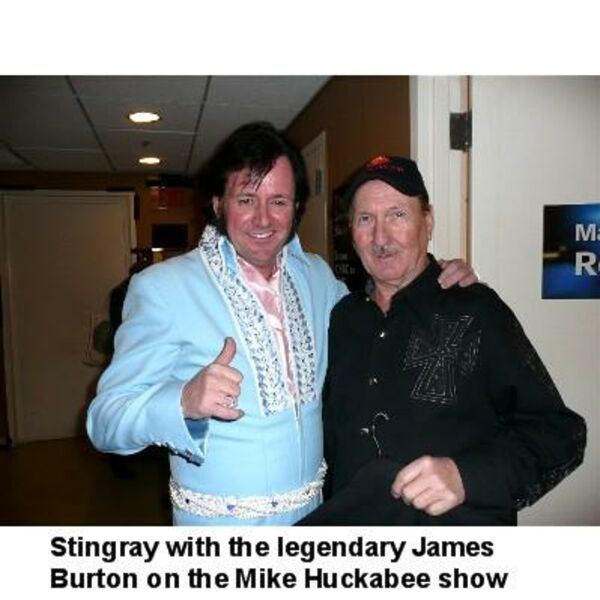 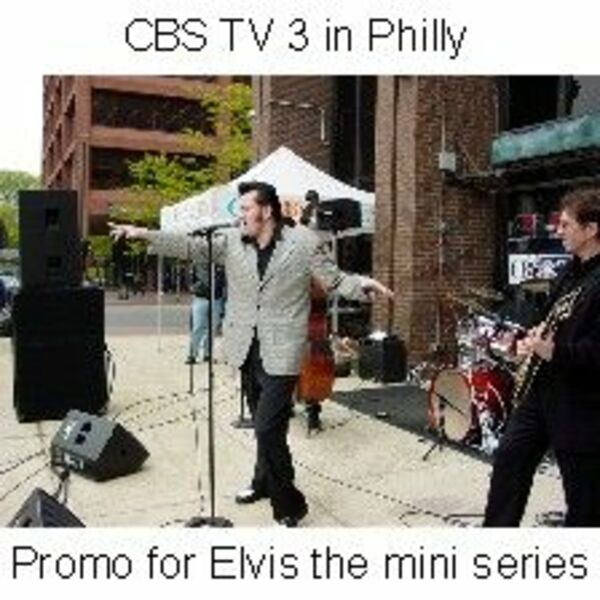 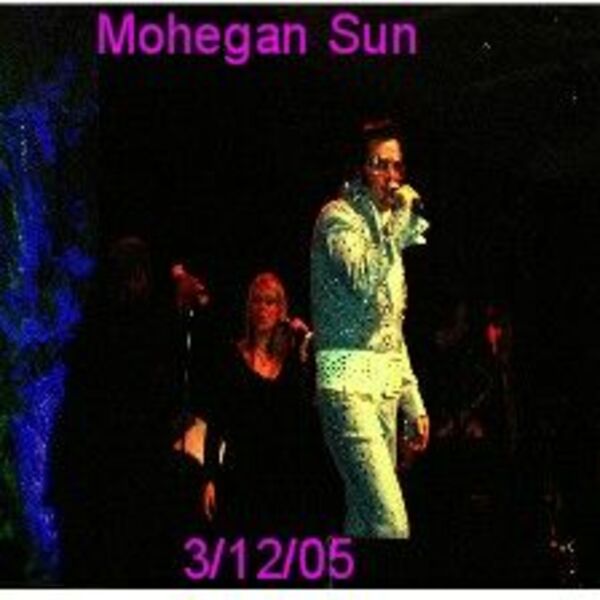 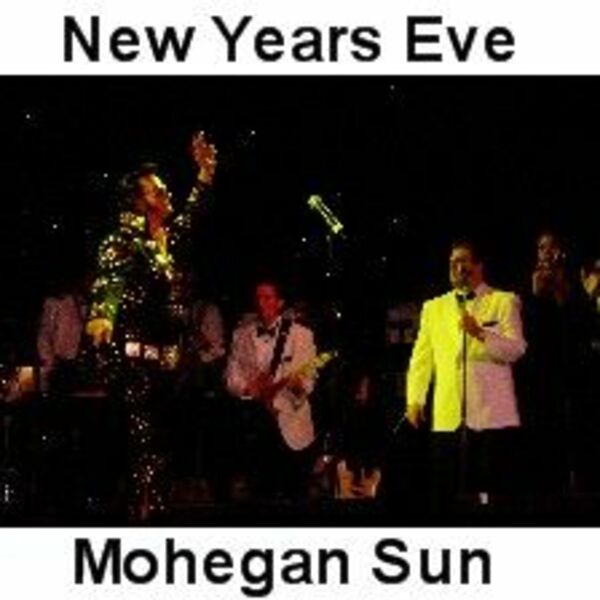 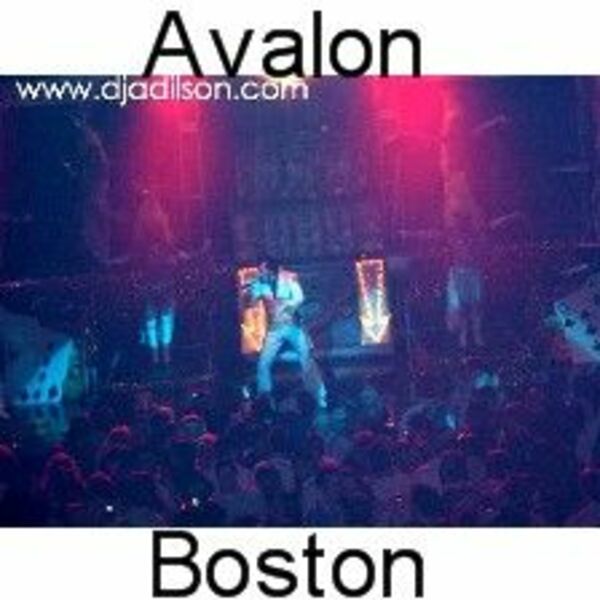 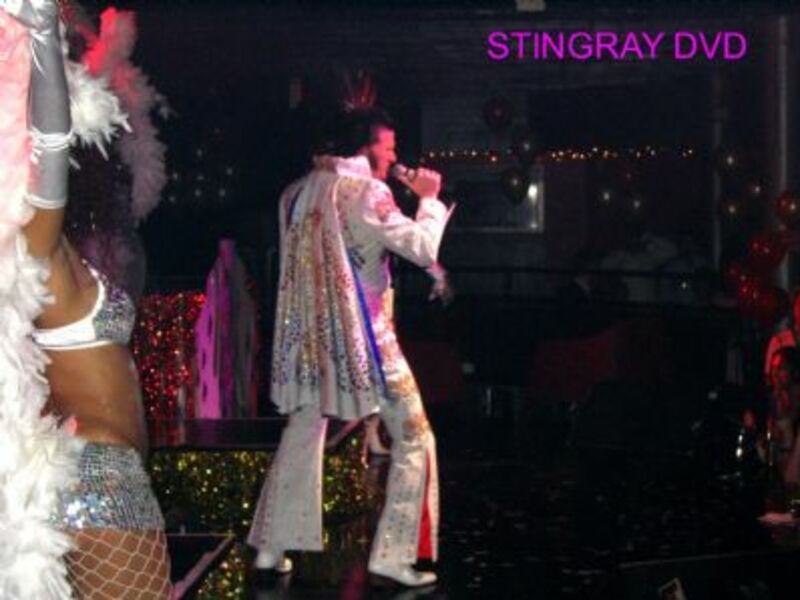 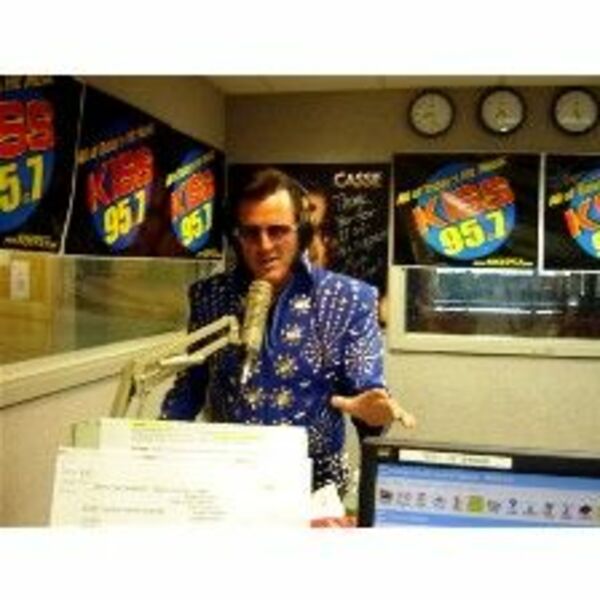 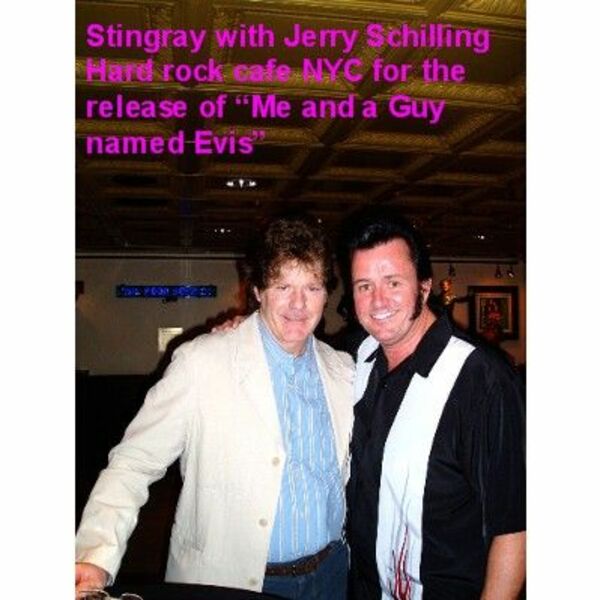 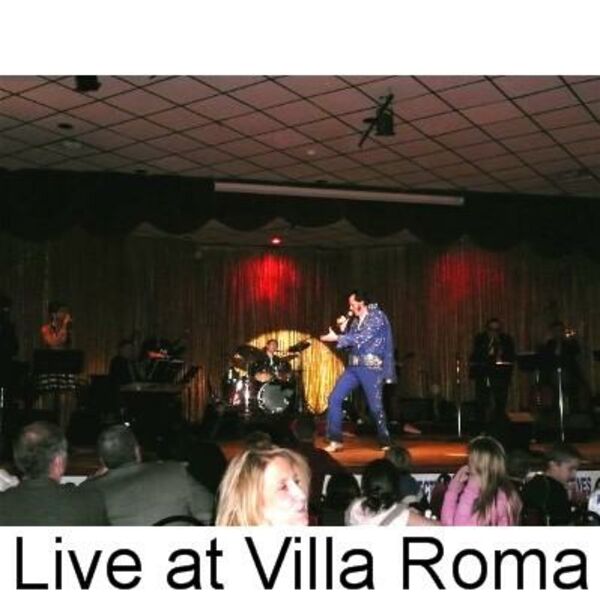 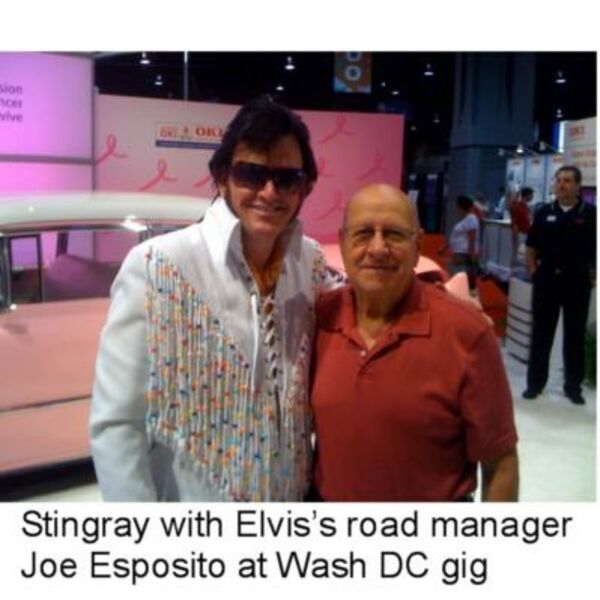 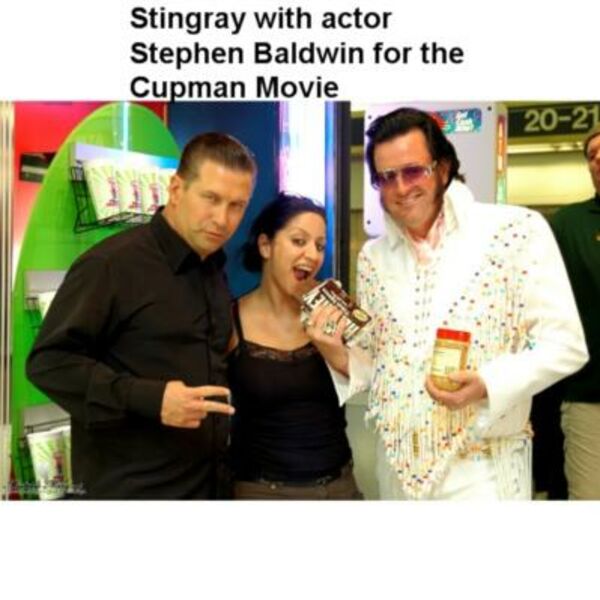