Cover Band from Greenwood, SC - Will travel up to 500 miles
2
4 VERIFIED BOOKINGS
MEMBER SINCE 2012
ACCEPTS ONLINE PAYMENTS
$700 - $5000 per event
ACCEPTS ONLINE PAYMENTS
VIRTUAL SERVICES OFFERED
Eloveation, is South Carolina-based band that is quickly gaining recognition for their intense musical energy, versatile vocals, sensational style and dynamic sound. The Eloveation experience is a show is like no other. They allow the audience to become absorbed by their high energy and style. Eloveation is an eight-piece outfit with a lead guitar, bass, keyboards, drums and outstanding vocals.

Rico Cason (Lead Vocals/Keyboard)
Rico is a native of Greenwood, SC. He became interested in music, at an early age. During his intermediate level of schooling, he began participating in singing in the choir. He has a deep and strong love for music. As he reached his teenage years, he realized that he was able to do more with his voice than most people and had tremendous voice control. His listeners were astounded at the development of this young man's voice. Rico also had a chance to perform with many artists, such as Sir Charles Jones, Rude Boys, Trey Songz, Dream, Lenny Williams, Con Funk Shun, Whodini, Mel Waiters, Calvin Richardson, Keisha Coles and many others. Rico was also a contestant on the American Idol, which he competed in Las Vegas.


Tania Tolliver (Lead Vocals)
Tania began singing at the age of three, belting out her renditions of songs by Whitney Houston and other popular artists of the time. Tania began performing at the age of five. She sang in the choir at church and with her elementary school chorus. Singing for Tania has always been as natural to her. While in high school the principal asked her personally to sing the National Anthem at the school's state basketball championship (Greer High School State Champions 2005). She was blessed to get a recording contract with Carolina South Music, while still attending school. It was during this time she got to open for Jeffery Osborne best known for the song "On the Wings of Love," and the performer Kem known for the song "I Can't Stop Loving You." She also won many talent awards. T

Chris Alexander (Lead Guitar/Vocals)
Chris is a guitarist and has played professionally for 30+ years with groups such as Norris Turner, The Swinging Medallions, and the Fabulous Expressions. Also shared venues with groups such as the Temptations and Four Tops, Martha Wilson, and many others.

Lamar Seymour (Drums)
Lamar was born in Greenwood, SC. Lamar looks at the drums like a heartbeat. He has been playing the drums since the age of five. Gospel has been the main genre of music that I have been apart of. Lamar has played Lloyd Cannady and the Flying Clouds of Plum Branch, SC. He has worked with other artists such Lil Kapp and the New Tru Voices and currently working with Steve Anderson and the Faithful Gospel Singers. Lamar looks at working with Eloveation as a blessing because he says the band has true chemistry, which is hard to find. He said, stay tuned to the Eloveation Channel and be amazed!

Antonio Edwards, Jr. (Keyboard/Vocals)
Antonio is a native of Greenwood, SC. Antonio has also studied piano since the age of ten and has directed choirs since the age of sixteen. He has also composed about 15 songs for choir and solo performances. He graduated from Emerald High School in 2010. Antonio continued his education and graduated with a Bachelor of Music degree from Furman University in May 2014. At Furman University, he was the male Freshman of the year of the Furman Singers in 2010, pianist of the Furman Jazz Ensemble, director of the 2013-14 Furman Chancel Choir, and also a member of Exploration of Vocation and Ministry where he served as an intern with the chaplain's office. Antonio studied classical voice, music history, conducting and Italian for three months during the fall semester of 2012 in Arezzo, Italy.
(more)

The Band was an instant hit at our Wedding Event. At least five guests commented that they didn't believe the band could sound so original - just like the artist of the songs they were singing. They had to do a double take! Our group was a lively group and the band kept every body in the house on their feet. My Mother, who is a Gospel Music Lover, made distinctive good comments about the originality of the band. Music was on point! The ELOVEATION BAND was AWESOME! We appreciate you guys coming through like you did. Rikko & Band Members, you're the best! Keep it up ! We expect to hear you making more Noise in the future. Excellent Band! Noland & Sand Hicks

The band was great! I was disappointed however that they posted the time and date of my event on social media. It was a private event and people who were not invited attempted to join our party due to the information. Also when I booked originally, we discussed certain songs and artist but those songs were not played. But like I said, the songs they did perform were fantastic and the party ended up being a success. 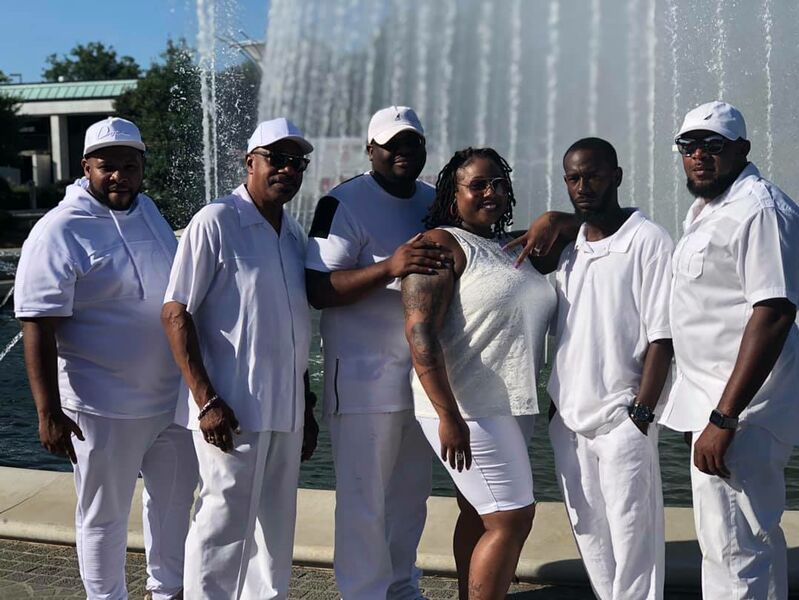 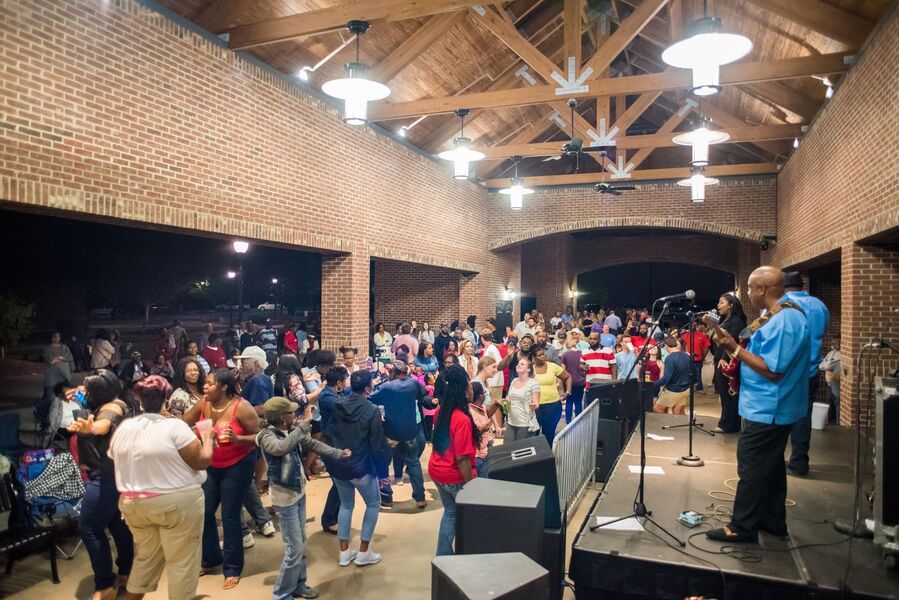 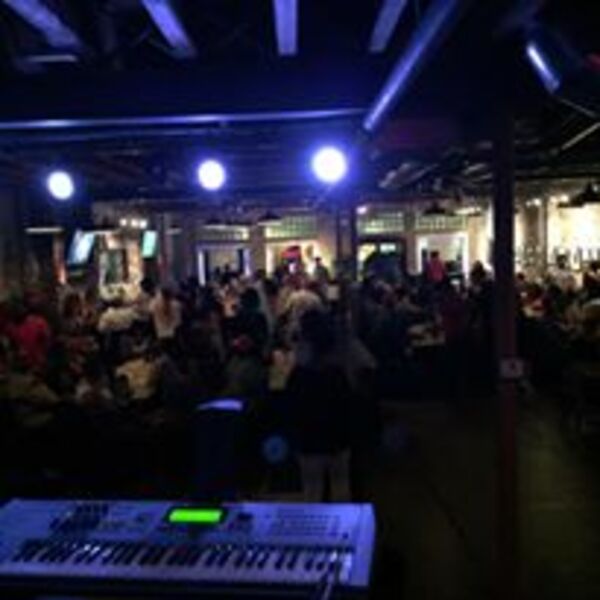 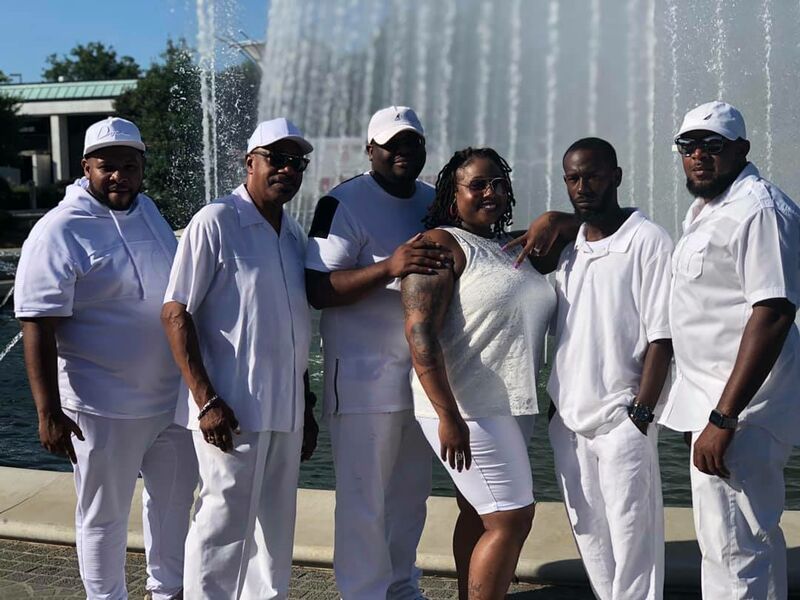