Tribute Singer from Chicago, IL - Will travel up to 3000 miles
8
15 VERIFIED BOOKINGS
MEMBER SINCE 2009
ACCEPTS ONLINE PAYMENTS
$800 - $3500 per event
ACCEPTS ONLINE PAYMENTS
Singing the Big Band Standards and more like you've never heard before! Winner of many awards through Gigmasters including "Top Tribute singer" for 2010, 2011, and 2014. Also "Top Italian Singer" for 2011, and finally "Top Gigmasters Big Band Singer Award for 2008, and every year since! Matt Walch is performing throughout the country, from Boston, to Chicago, to Palm Springs, Fort Lauderdale, and many cities in between! His music consists of songs recorded by Sinatra, Tony Bennett, Nat King Cole, Elvis, Dean Martin, Johnny Mathis, Bobby Darin and other greats, sounding so close to the original, audiences often wonder if he's actually singing! He has opened for the Glenn Miller Orchestra and performed live with "The one and only" Tommy Dorsey Orchestra.

FOR A RECEPTION MATT IS "A PERFECT BLEND FOR COCKTAIL AND DINNER HOUR".

NOT ONCE HAS AN AUDIENCE OR CLIENT BEEN DISAPPOINTED IN MATT'S PERFORMANCE!

Matt performs with professionally recorded accompaniments that sound very close to the original! Listen to the song clips! This has allowed Matt to provide a high caliber of entertainment at a more reasonable price than using a live band. Everything about Matt's performance is always professional, including equipment, proper attire, and attitude.

Here are a few comments about Matt's previous performances.

Matt is GREAT!!
I've heard him with MY group - The Tommy Dorsey Orchestra.
Whatever you need - he has it!

"Summertime on Martha's Vineyard can seem like a never ending cocktail party. I wanted to do something different for my client's Premier Party and Matt Walch raised the bar for us. His sophisticated sound and professional performance made the party exceptional. The songs of Frank Sinatra, Tony Bennett and other legends were beautifully interpreted by Matt and our guests thoroughly enjoyed him."

"Matt is simply "AWESOME." All our guests were amazed by his talent. He was truly easy to work with, accommodating, and very professional. He definitely made our wedding reception special. I would definitely recommend him for any party. He is talented, reliable, and truly amazing."

Matt Walch is a top notch vocalist. Matt has been out here several times and everyone's been very pleased with each performance. We had Matt open for the Glenn Miller Orchestra last year and the manager asked Matt to send them a demo tape for their producer to listen to. I wouldn't hesitate to ask Matt back again, because he's such a crowd pleaser. In fact, I hope to have him back this year for another set of Christmas shows.

Matt is an amazing performer. He is an absolute crowd favorite - close your eyes and you will swear Frank and Dean have entered the hall. His outstanding voice and command of the stage will astound you. He has been known to distribute flowers to some of the ladies in his audiences. ALL will leave his show with a smile on their face, a song in their heart and an appreciation of the talent of this first-class entertainer.

We were just thrilled with Matt. He arrived early, and was set up with enough time left over for us to ask him a few last minute questions. Matt not only sang all the songs we requested, but also added some that were just beautiful. Everyone commented on his amazing voice, and how much they enjoyed his friendly style of entertainment. Our guests were thrilled that he was more than willing to sing a few of their requests. Many of our family and friends who were gathered for our special night asked Matt for contact information. We're all looking forward to hearing him perform again, and would recommend him in a heartbeat. -- Rob

Wow. Matt performed for our event and from the time I heard him singing on this site to the end of the evening I could not get over his voice and professionalism. I'm still getting compliments about his performance from the guests. Several people are interested in hiring him already. I would definitely hire him again. Great job! He's a cutie - looks great in his tux! -- Mary

A true performer & a true professional. Phenomenal voice, and stage presence. We could not have been more pleased with the voice and musical selections. Matt's performance added much class, and elegance to our event! Our evening was perfect(!!!), & largely in part due to Matt. Matt was on time, very personable, and very accommodating to our special requests. He truly gave an outstanding performance. WORTH EVERY PENNY & THEN SOME!!! WONDERFUL PERFORMANCE!!! You can't miss booking Matt!

DO YOU WANT QUALITY ENTERTAINMENT FOR YOUR NEXT EVENT?
BOOK MATT WALCH. YOU WILL NOT BE DISAPPOINTED.
(more)

Matt is a unique entertainer. I found him very pleasant to work with and he thrilled my audience very much. The comments given to me by my clients was overwhelming. Some said it was the best ever Client Appreciation Dinner that I have ever hosted. I owe most of that to Matt's performance. Thanks Matt for a job well done! John LaSota, President LaSota Investments, Inc.

(more) Review by Fran K. from Glendale Heights, IL on 9/7/2014
END_OF_DOCUMENT_TOKEN_TO_BE_REPLACED
PAST EVENTS
FUTURE EVENTS
GIGMASTERS VERIFIED BOOKING
No Future Events
2015
Wedding Reception
Saint Paul, MN
8:00 PM - 12:30 AM
2015
Cottage Event Center
7:30 PM - 9:30 PM
2014
Private Party
3:00 PM - 4:00 PM
2014
Private Party
Chicago, IL
5:00 PM - 7:00 PM
2014
PRIVATE PARTY
Auburn Hills, MI
4:00 PM - 5:00 PM
2014
Private Party
Okemos, MI
2:00 PM - 3:30 PM
2014
Private Party
Chicago, IL
5:00 PM - 6:00 PM
2014
Cocktail Dinner Reception
Ann Arbor, MI
4:00 PM - 5:30 PM
2014
Wedding Reception
Chicago, IL
5:00 PM - 7:00 PM
2014
Corporate Function
Lemont, IL
7:00 PM - 9:00 PM
2014
Private Party
Chicago, IL
5:00 PM - 7:00 PM
2014
Private Party
Atlanta, GA
5:00 PM - 6:00 PM
END_OF_DOCUMENT_TOKEN_TO_BE_REPLACED
NICE WORK IF YOU CAN GET IT
AIN'T THAT A KICK IN THE HEAD
ALL OR NOTHING AT ALL
ALL THE WAY
ALMOST LIKE BEING IN LOVE
ARE YOU LONESOME TONIGHT
A TASTE OF HONEY
AT LAST
AUTUMN LEAVES
BEYOND THE SEA
CABARET
CAN I STEAL A LITTLE LOVE
CHANCES ARE
CAN'T HELP FALLING IN LOVE
CHICAGO
CLOSE YOUR EYES
COME FLY WITH ME
COPA CABANA
DAYS OF WINE AND ROSES
EMBRACEABLE YOU
FEELING GOOD
FLY ME TO THE MOON
GEE BABY AIN'T I GOOD TO YOU
GEORGIA
HELLO AGAIN
HOME
HOW LITTLE WE KNOW
I GET A KICK OUT OF YOU
INNAMORATA
I LEFT MY HEART IN SAN FRANCISCO
I LOVE YOU FOR SENTIMENTAL REASONS
IN THE WEE SMALL HOURS OF THE MORNING
IT WAS A VERY GOOD YEAR
IT'S ALRIGHT WITH ME
IT'S A MAN'S WORLD
IT'S NOT FOR ME TO SAY
I'VE GOT THE WORLD ON A STRING
I'VE GOT YOU UNDER MY SKIN
JUST THE WAY YOU ARE
KEEPER OF THE STARS
LADY IS A TRAMP
LAZY RIVER
LEARNIN' THE BLUES
LET ME CALL YOU SWEETHEART
L.O.V.E.
LOVE AND MARRIAGE
LOVE IS HERRE TO STAY
LITTLE SISTER
LUCK BE A LADY
MACK THE KNIFE
MAKIN' WHOOPEE
MARIA ELENA
MISTY
MONA LISA
MOON RIVER
MY FUNNY VALENTINE
MY KIND OF TOWN
MY WAY
NEW YORK NEW YORK
NICE AND EASY
NIGHT AND DAY
ON THE SUNNY SIDE OF THE STREET
ONE FOR MY BABY
PAPER MOON
QUIET NIGHTS OF QUIET STARS
RAINY DAY
RETURN TO SENDER
ROUTE 66
SMILE
STRANGERS IN THE NIGHT
SUMMERWIND
STRAIGHTEN UP AND FLY RIGHT
SWAY
SUMMERTIME
TENDER TRAP
THAT'S LIFE
THE BEST IS YET TO COME
THE GIRL FROM IPANEMA
THE GOOD LIFE
THE SHADOW OF YOUR SMILE
THE WAY YOU LOOK TONIGHT
THROUGH THE YEARS
TO MAKE YOU FEEL MY LOVE
TOO YOUNG
UNCHAINED MELODY
UNFORGETTABLE
YOU MAKE ME FEEL SO YOUNG
YOU MUST HAVE BEEN A BEAUTIFUL BABY
YOUNG AT HEART
YOU'R E NOBODY 'TIL SOMEBODY LOVES YOU
WHAT ARE YOU AFRAID OF
WHAT A WONDERFUL WORLD
WHAT ARE YOU DOING THE REST OF YOUR LIFE
WHEN JOANNA LOVED ME
WITCHCRAFT
WON'T YOU WEAR MY RING
PLUS MANY OTHER CHRISTIAN AND HOLIDAY SONGS
ALWAYS ADDING NEW SONGS AND HAPPY TO LEARN A REQUEST
Tribute Band
Frank Sinatra Tribute Act
Rat Pack Tribute Show
Tribute Singer
Proms
Weddings
Baby Showers
Bar Mitzvahs
Celebrations
Funerals
Happy Hours
Picnic
Concerts
Bat Mitzvahs
Bridal Showers
Events
Banquets
Christenings
Conventions
Festivals
Fundraisers
Halloween Parties
Meetings
Birthday Parties (Kids)
Birthday Parties (Adult)
First Communions
Luau Parties
Wedding Ceremonies
Wedding Receptions
Engagement Parties
Family Reunions
Rehearsal Dinners
Christmas Parties
Quinceañeras
SHARE THIS VENDOR
Request Free Quote
Please note Matt Walch - Tribute Singer will also travel to Cicero, Berwyn, Oak Park, Forest Park, Hines, Lyons, Riverside, Brookfield, Maywood, River Forest, Summit Argo, Carol Stream, La Grange Park, Bellwood, Bedford Park, Melrose Park, Westchester, Burbank, Bridgeview, Hillside, Hinsdale, Hometown, La Grange, River Grove, Stone Park, Western Springs, Berkeley, Franklin Park, Justice, Norridge. 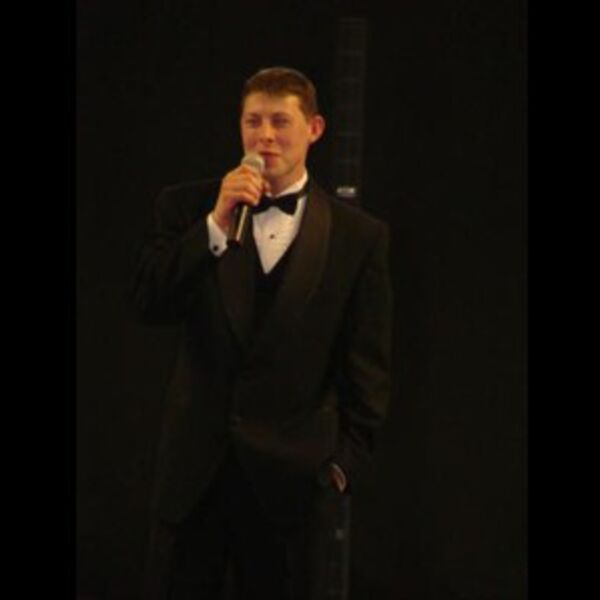 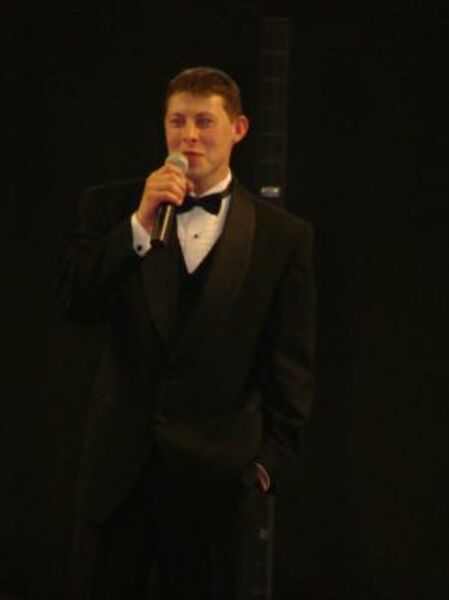 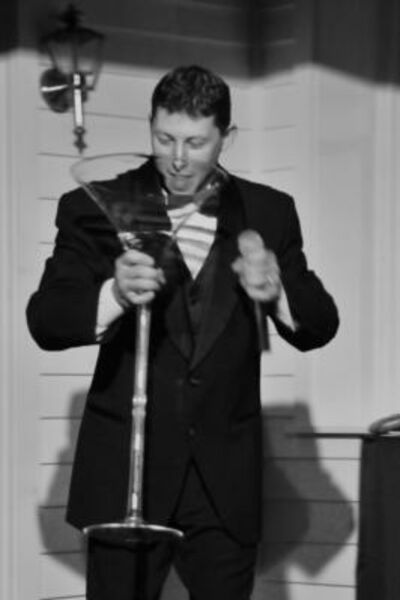 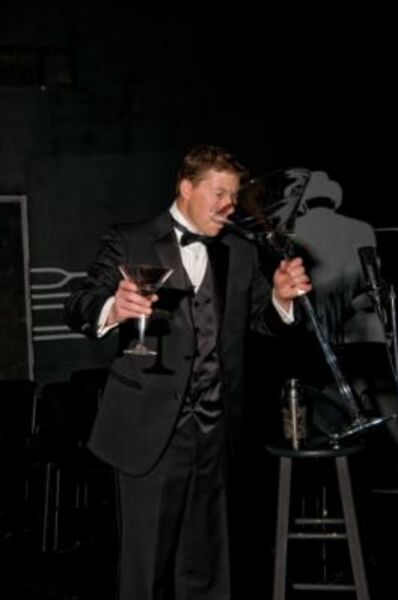 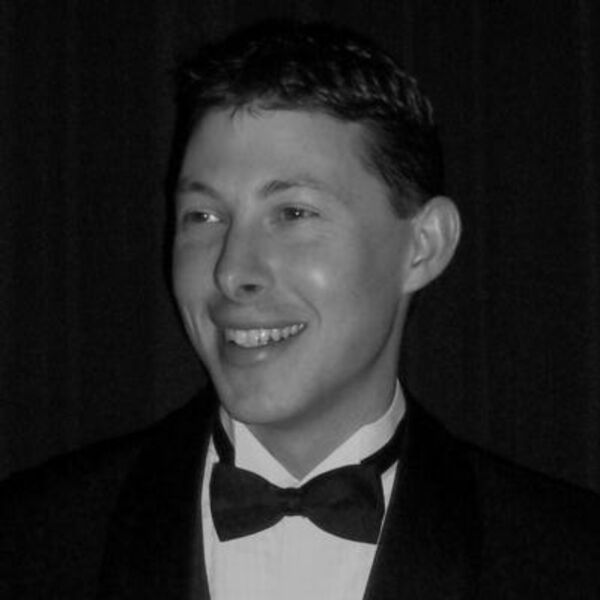 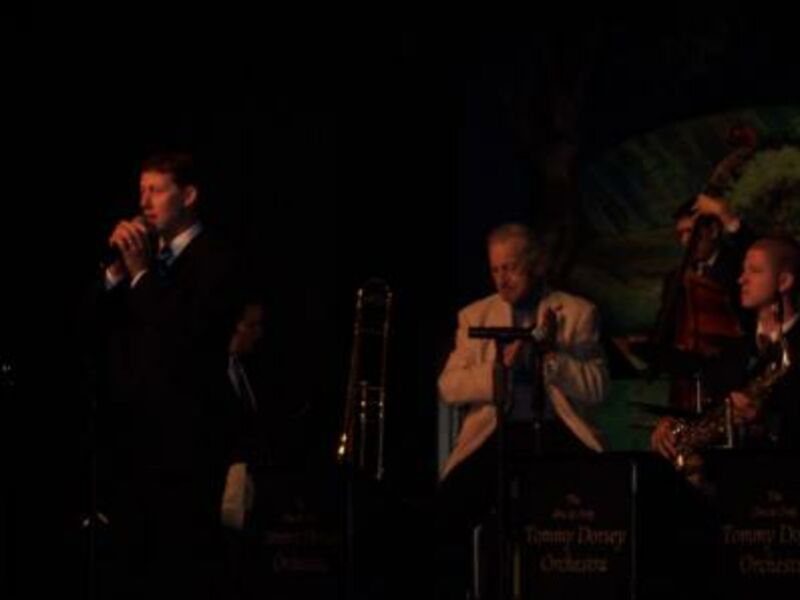 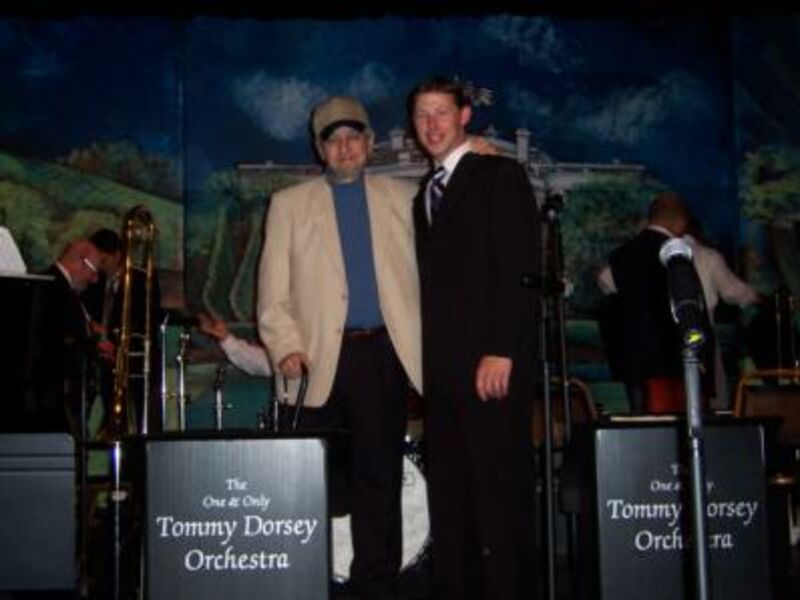 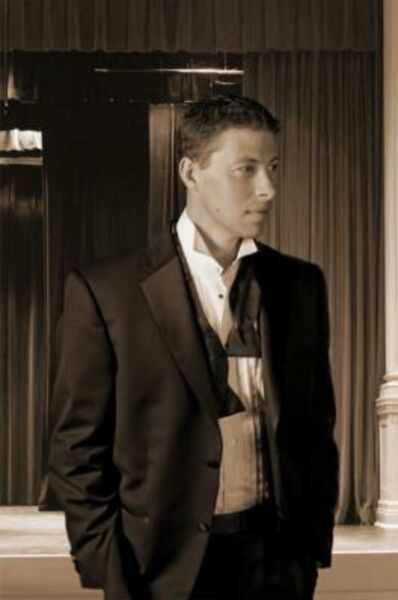 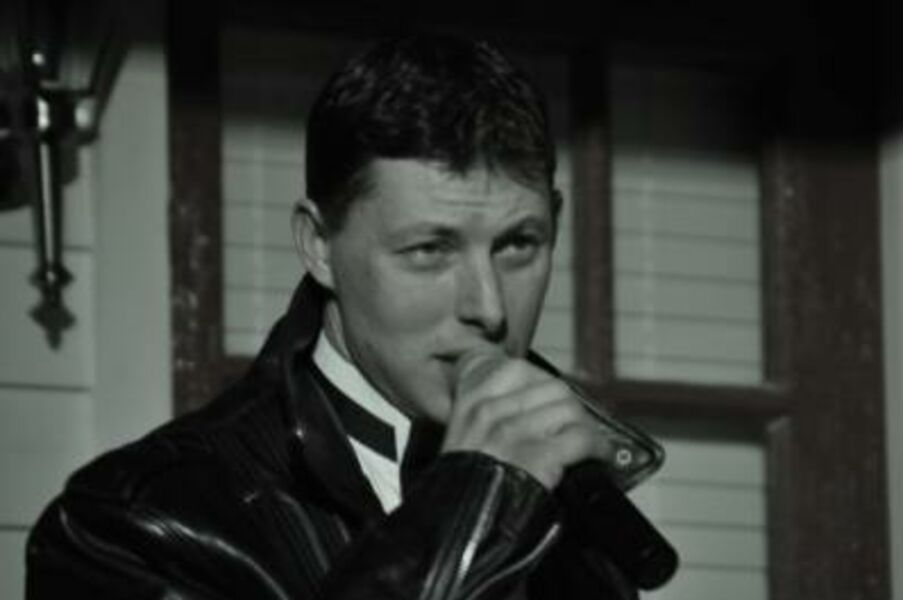 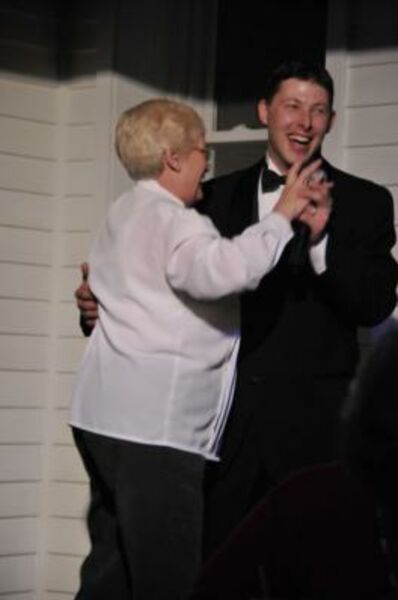 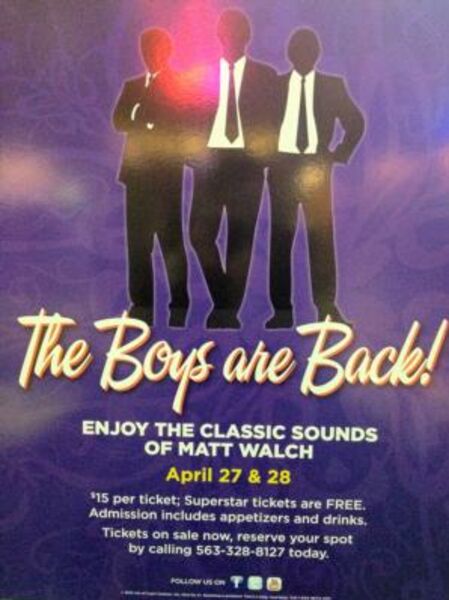 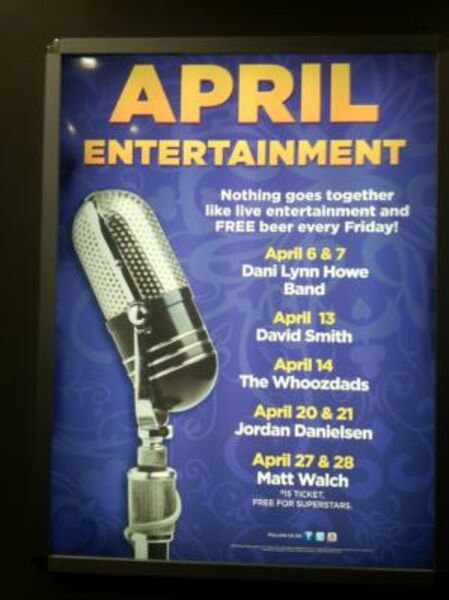 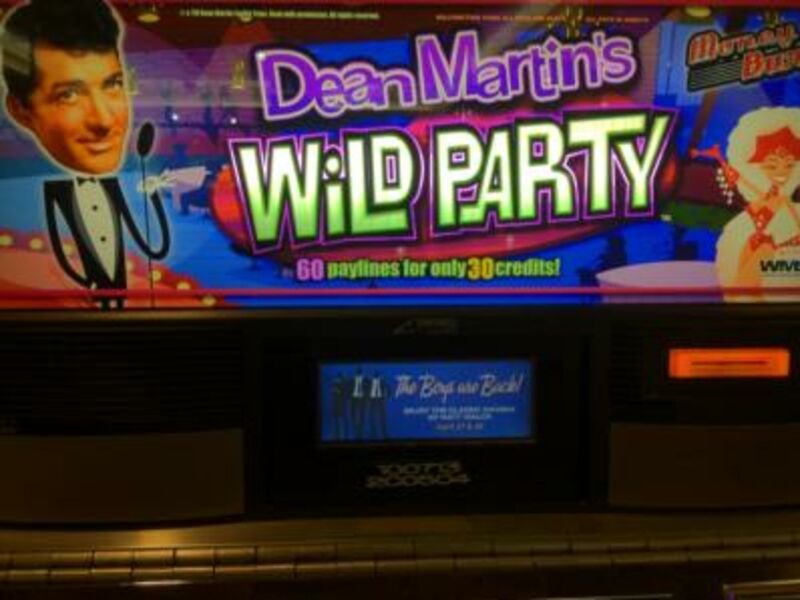 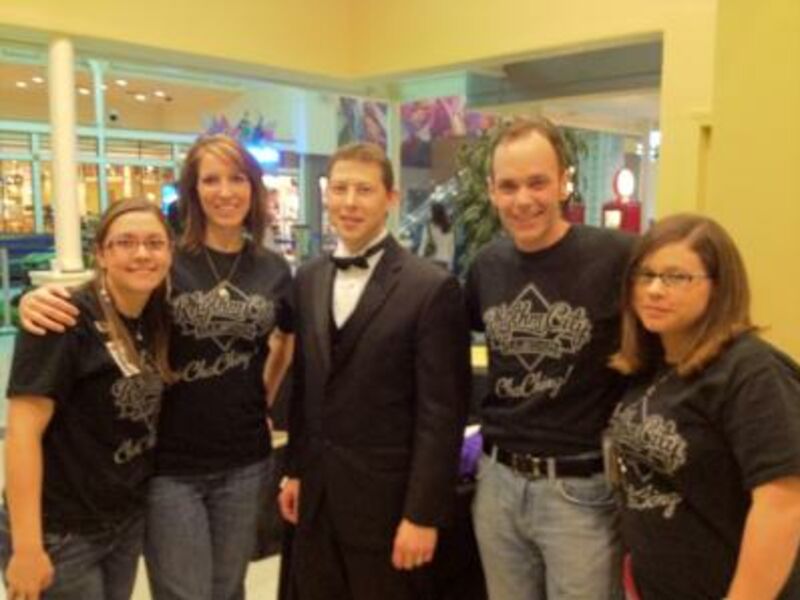 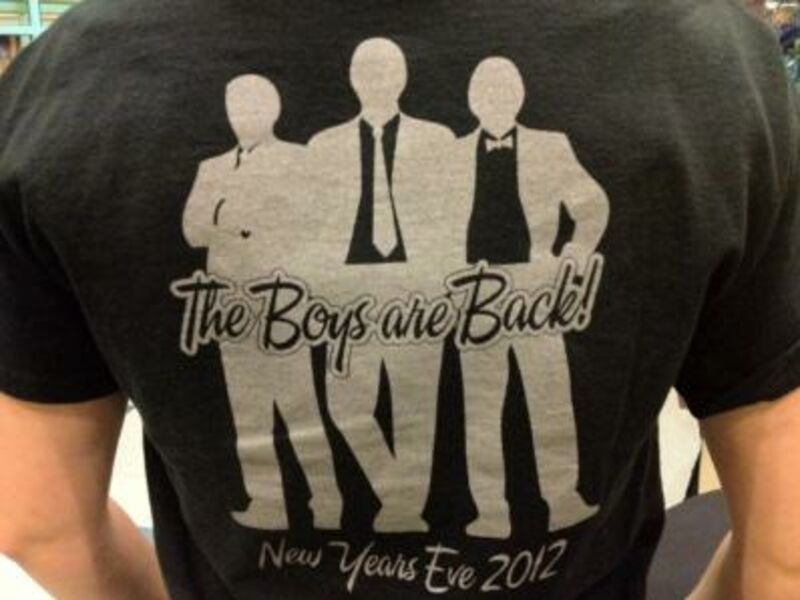 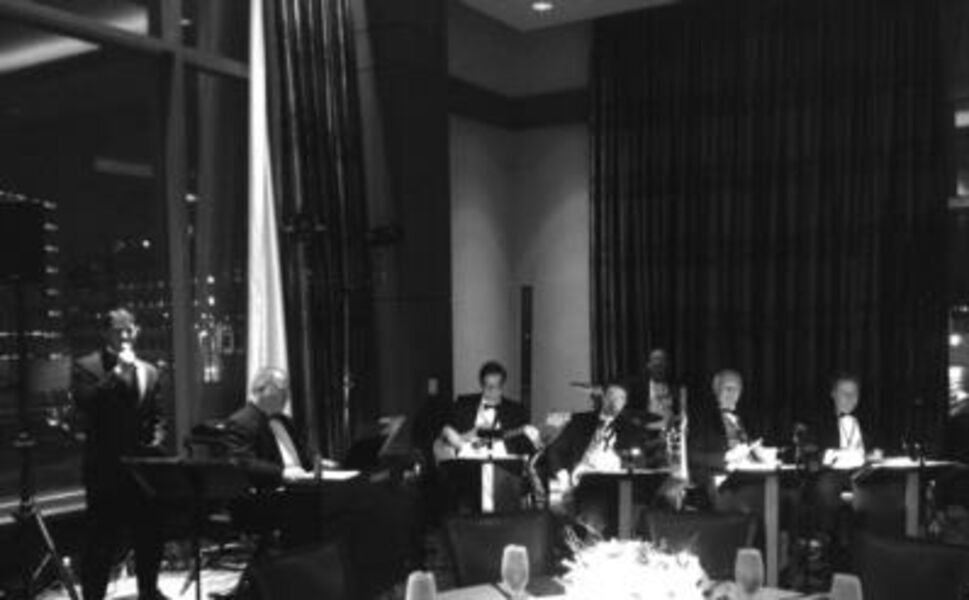 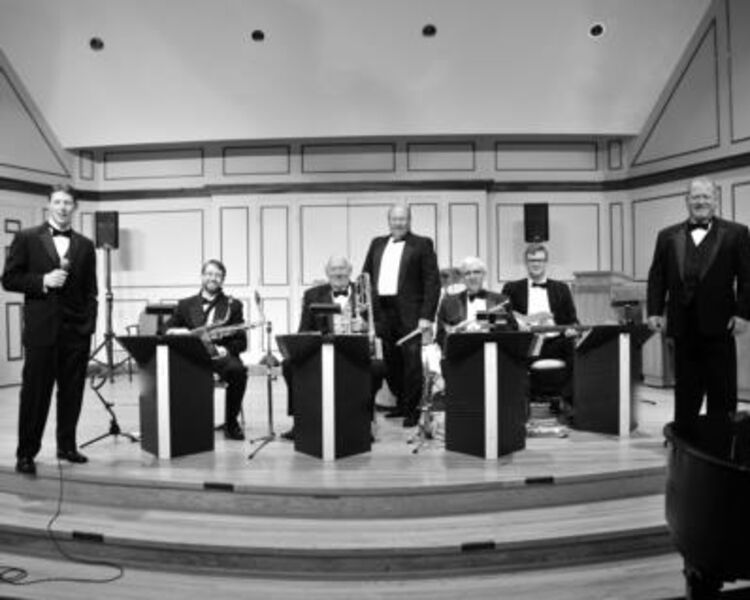 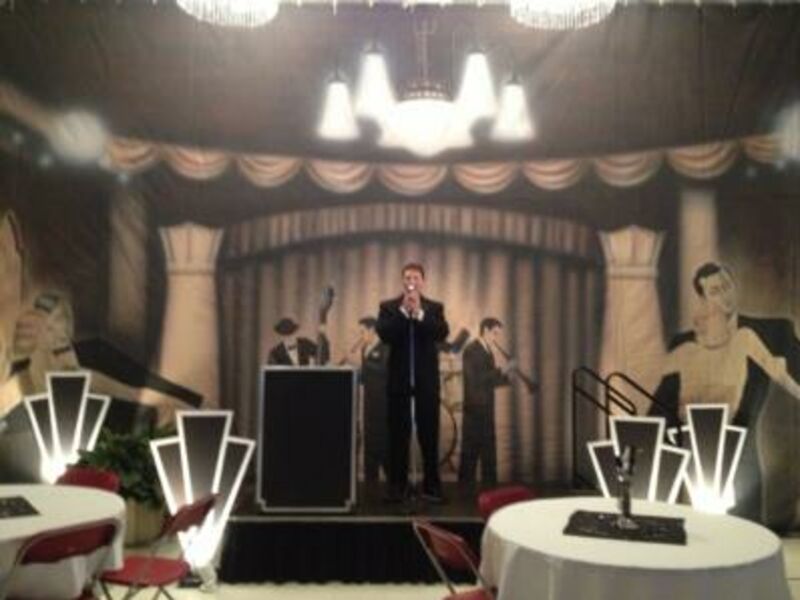