The award-winning ensemble Les Zazous delights and inspires audiences with their signature 'Bistro Jazz' sound, an international mix of romantic French cabaret and stylish pop, swingin' gypsy jazz, bossa nova cool and hot American swing. The premier French Cabaret ensemble in Los Angeles, Les Zazous will transport you from the sidewalk cafes of Paris to the palm strewn beaches of Rio with a stop in Old New York. Catering the repertoire to your vision, Les Zazous creates an exceptional musical soundscape, lending unique style, sophistication and international flair to your event.

"Working with Les Zazous was an absolute joy. Tera and the ensemble enchanted the audiences with equal parts sentiment, swoon, and musical talent. I wouldn't hesitate to work with Les Zazous in the future, as their professionalism and passion for their craft is unparalleled." ~Sarah Little, Los Angeles Philharmonic Assoc., Walt Disney Concert Hall/Hollywood Bowl

TESTIMONIALS:
"10+ stars! Absolutely fantastic! Their music is beautiful and they were so easy to work with & very accommodating. Highly recommend." ~Alaina Dworak, Lakeside Country Club

"So professional from start to finish…loved your attention to detail. Les Zazous helped set the tone for the entire evening." ~Lesley Holmes, 'Healing Through Music' Gala

"The band was incredible. Thanks again for the fabulous performance and for helping us create the overall vibe of our party. It was a really amazing experience. The guests LOVED the band. It met the musical tastes of a variety of ages. We love Les Zazous!" ~Julie & Daniel Schrier Wedding

"Absolutely fantastic. You were the perfect ensemble for this event." ~Robert Sturtevant (Aaron Paul/Lauren Parsekian Wedding)

"Fabulous. Eclectic and knew just how to get the party going. I still get compliments for hiring such a wonderful group!"~W. & B. Pearce Wedding

'I was astounded at Tera Hendrickson's singing on-stage, you can't take your eyes off her. Great command of all the songs…she's sensational! A NATURAL talent, singing fluently in 5 different languages. She will MOVE YOU…" ~ Carol Kaye, Legendary Studio Musician

"It's the best birthday I have every had. My guests were amazed at the caliber of the music and the singer…I closed my eyes and imagined that I was listening to my all-time favorite Edith Piaf." ~Stan Pitts (Private Event)

'Your performance made the event magical! Beautiful happy songs transported us all right to Paris!' ~K. Henson, Private Event

"A truly grand delight to have Les Zazous for our benefit. Could not think of a better fit…classy, sexy, awesome band!" ~Mariette Tachdjian, Children's Music Fund

"A fantastic performance…you had a lot to do with making this a full-on success." ~ Film Composer James Newton Howard

"Every time they take the stage it's an event. Les Zazous has successfully captured the soul and essence of every style they attempt. C'est magnifique! ~Gary Griffin, Music Producer/Touring Musician with Brian Wilson

Les Zazous was a special gift for our 700+ virtual summit participants from all over the world! Tera Hendrickson’s extremely talented voice is reinforced with her warmth and charm, as she engaged with our participants “as if” it were live—truly entertaining our participants with a variety of thoroughly enjoyable international songs in multiple languages. Our participants posted multiple messages about how much they enjoyed Les Zazous’s performance! Tera and Brad were very thorough before the event in asking questions about our needs, and they came through 110%! If you’re lucky enough to book them, you’ll be satisfied beyond your expectations!

Les Zazou is TOP NOTCH! They absolutely MADE our event (an outdoor/open-air concert in Beverly Hills- two 45 minute sets) Punctuality, personality, a fantastic repertoire, uber talented musicians but mostly, some of the warmest, nicest folks we've ever had the pleasure of working with. Truly a magical evening for all of our guests... we can't wait to hire them again.

Tera and Les Zazous went above and beyond for our corporate event in Downtown Los Angeles. For the cocktail hour, we had an acoustic duo with Tera on ukulele and it really brought the guests to the streets of Paris. When the guests moved into the main space for dinner, Les Zazous performed another amazing set with amplified sound. The band brought all equipment to the space and load in and set up was quick and professional. Tera was always available for pre-event phone calls with my questions and at the event, worked seamlessly with the Can Can dancers and MC. I will definitely use them again! 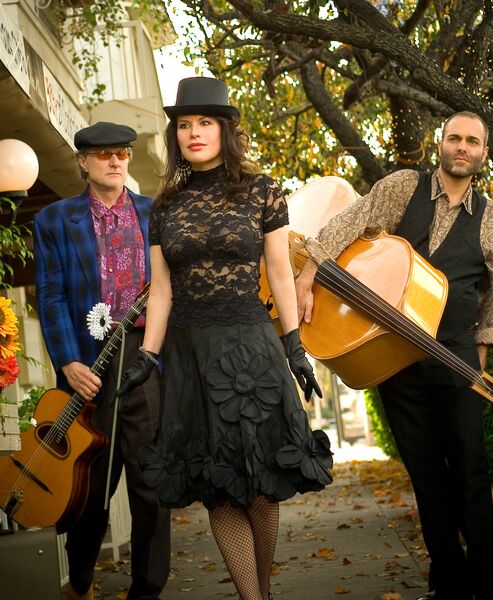 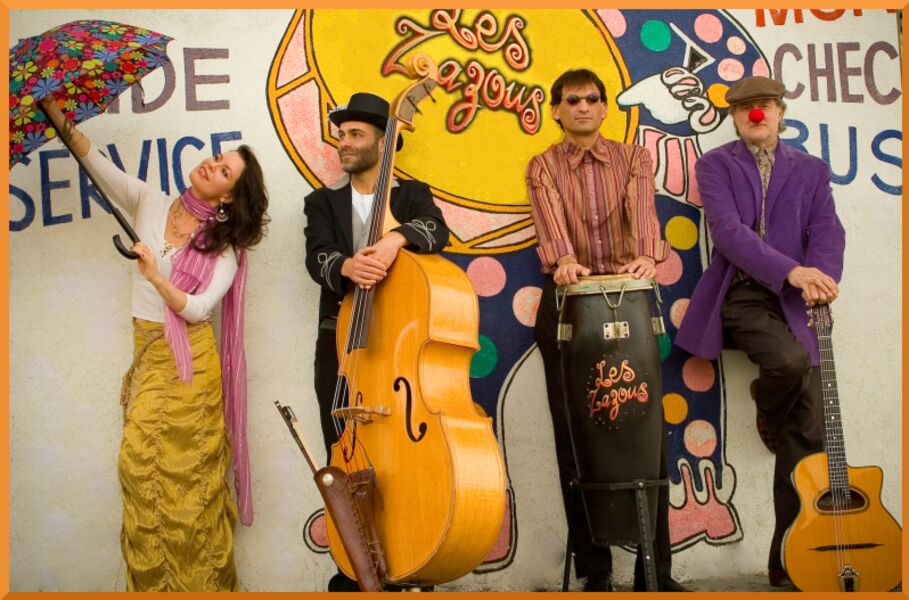 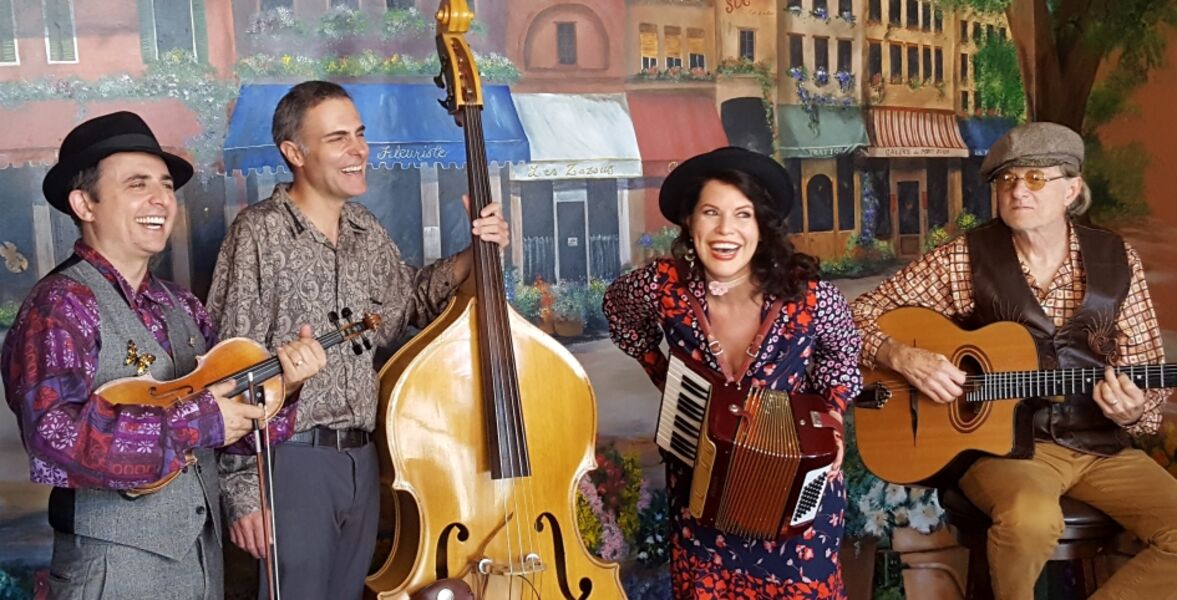 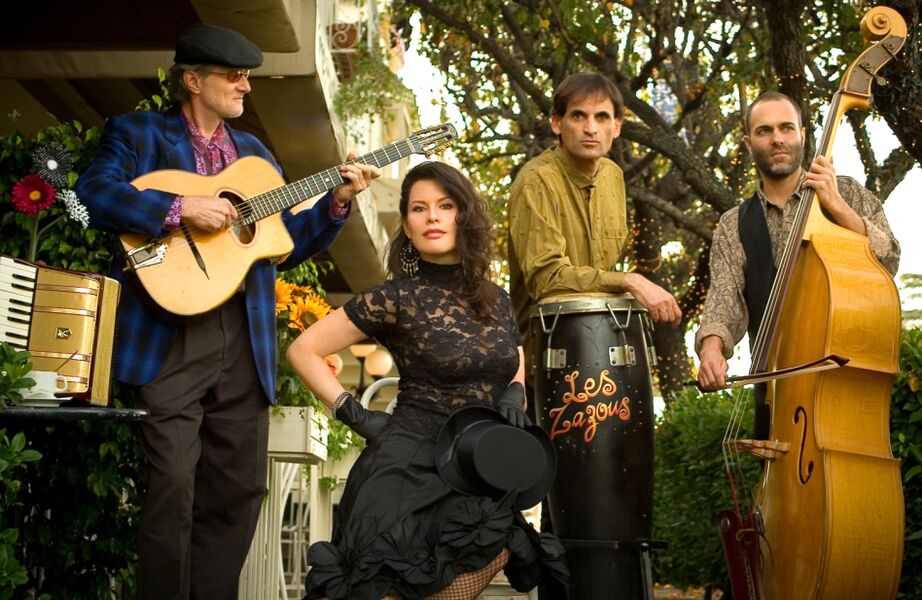 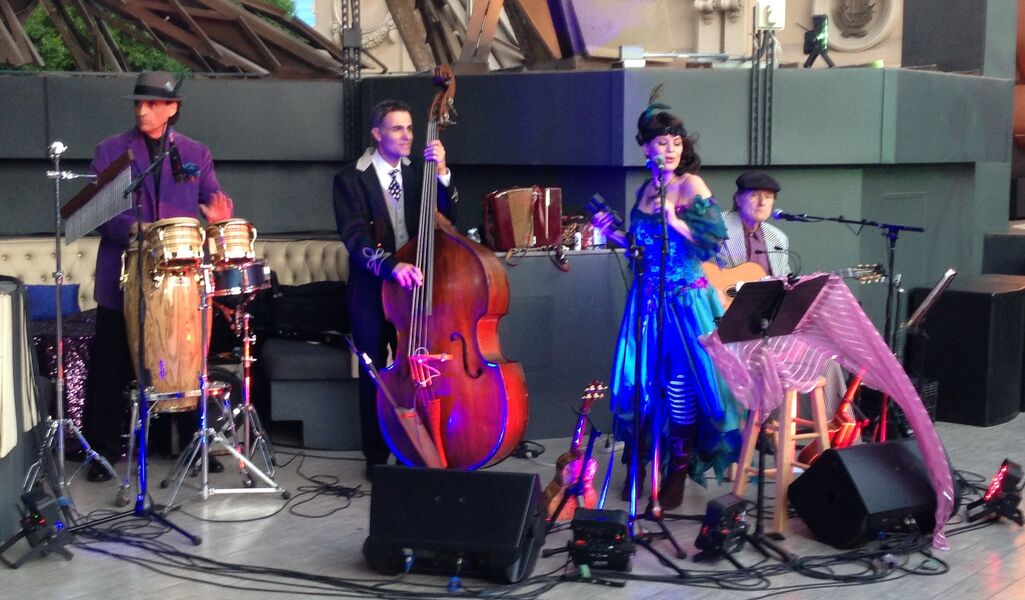 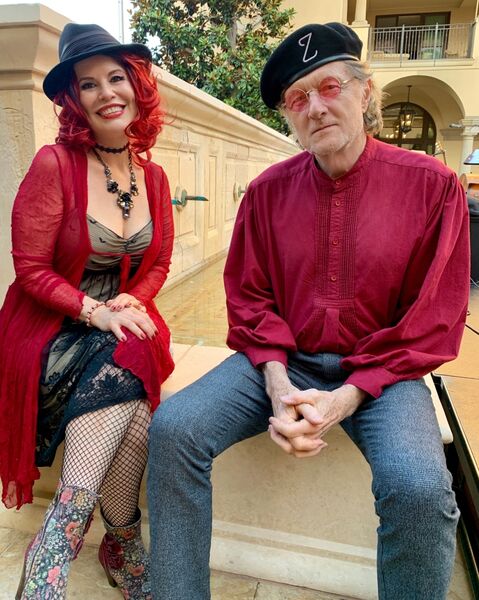 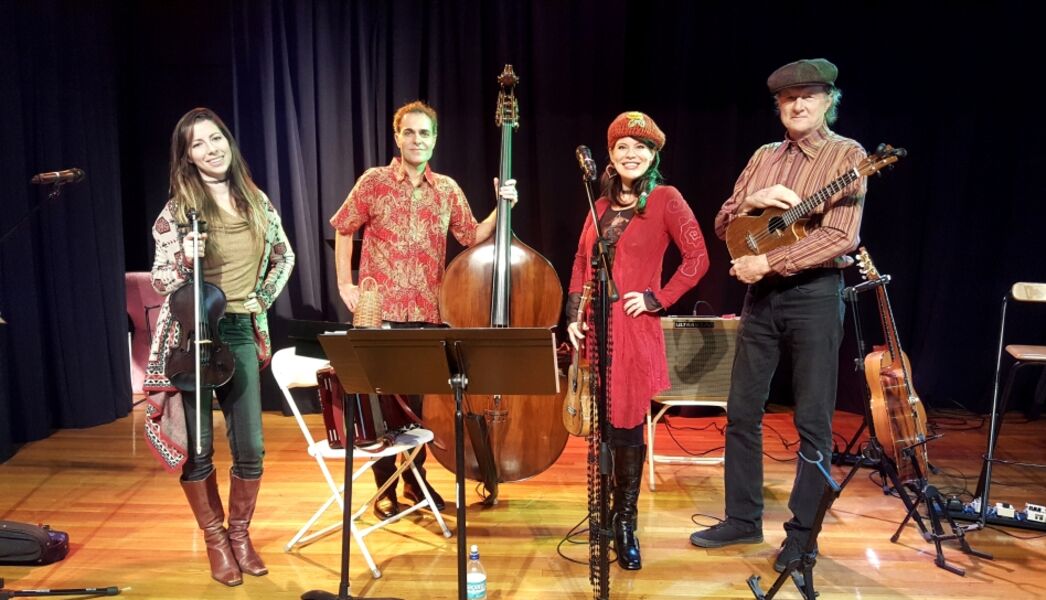 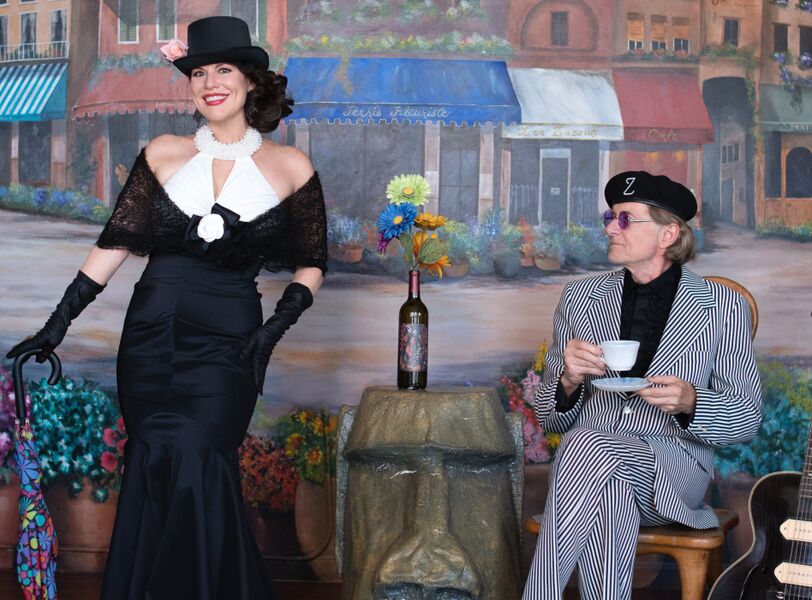 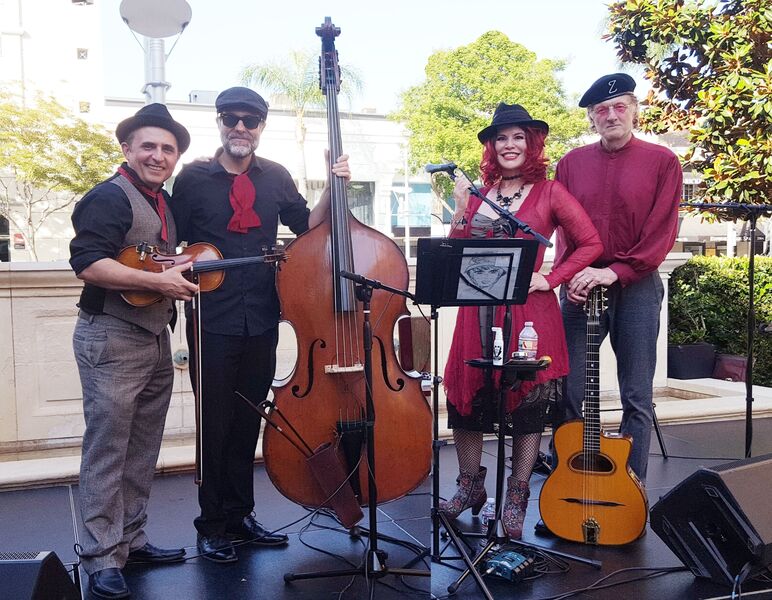 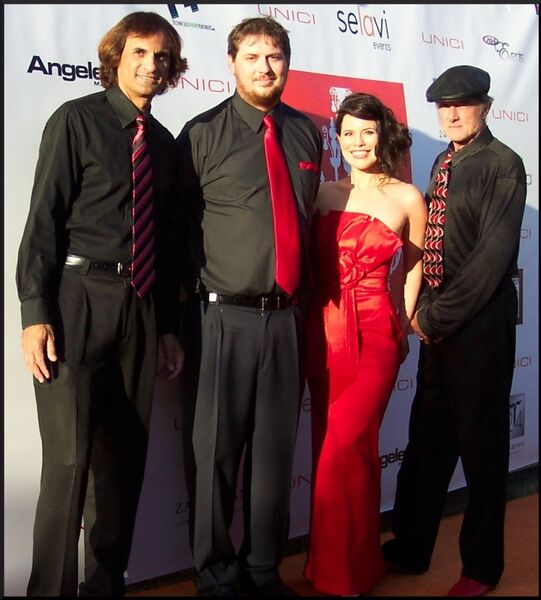 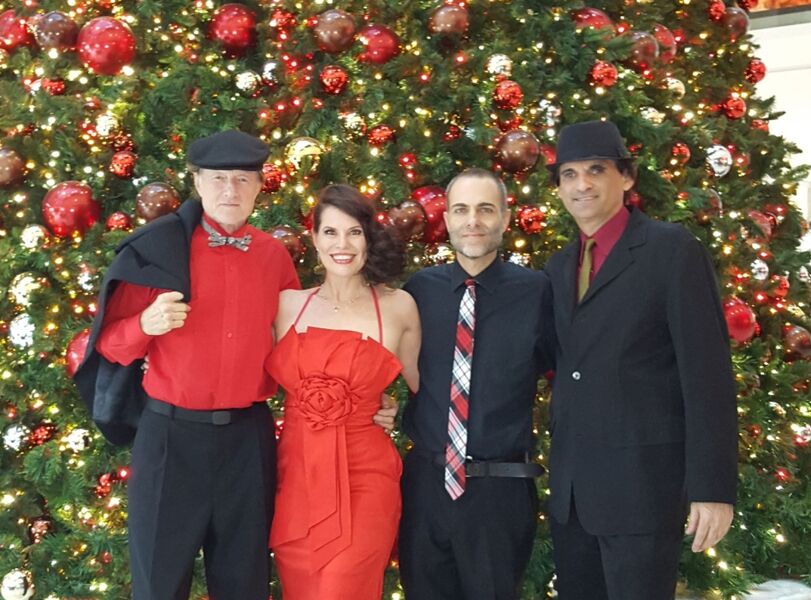 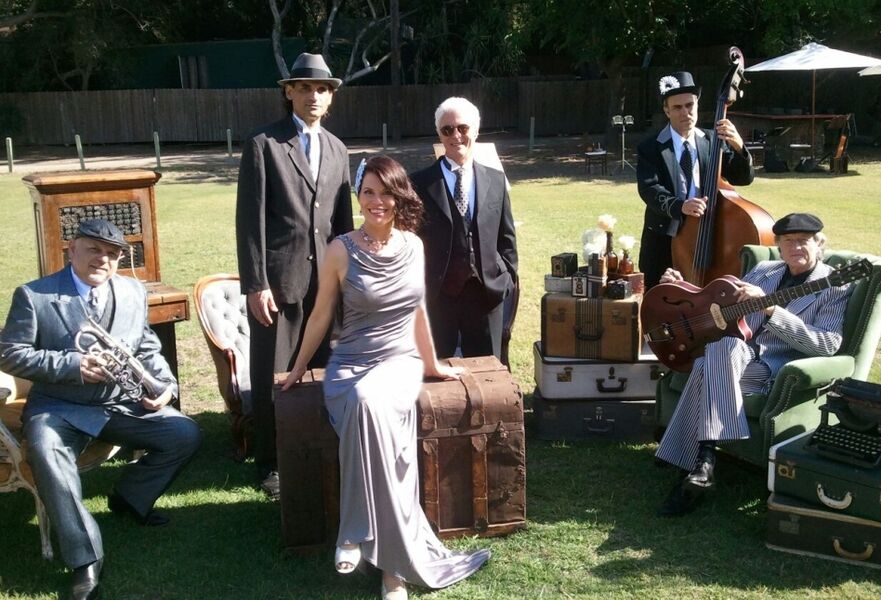 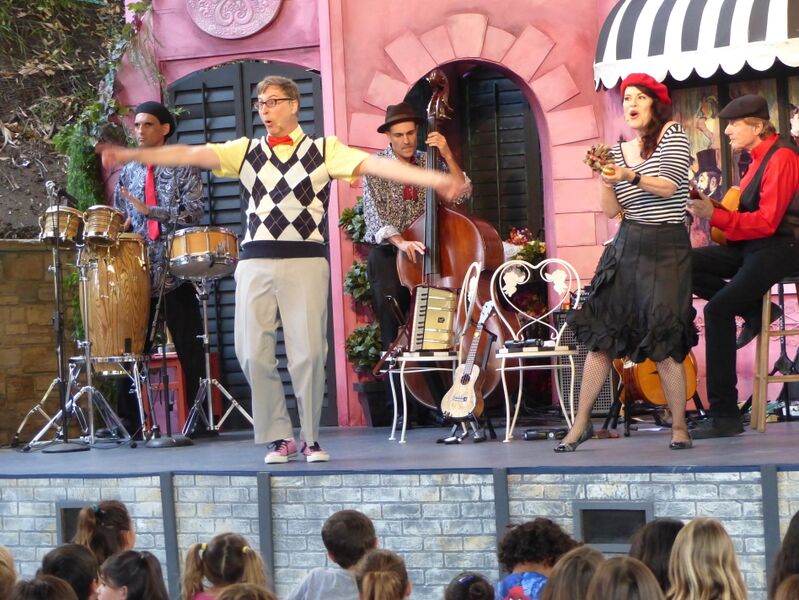 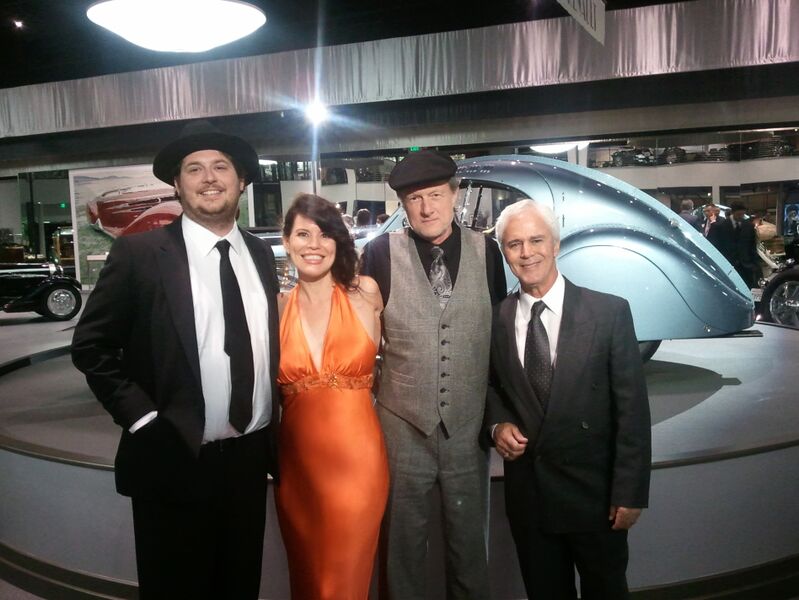 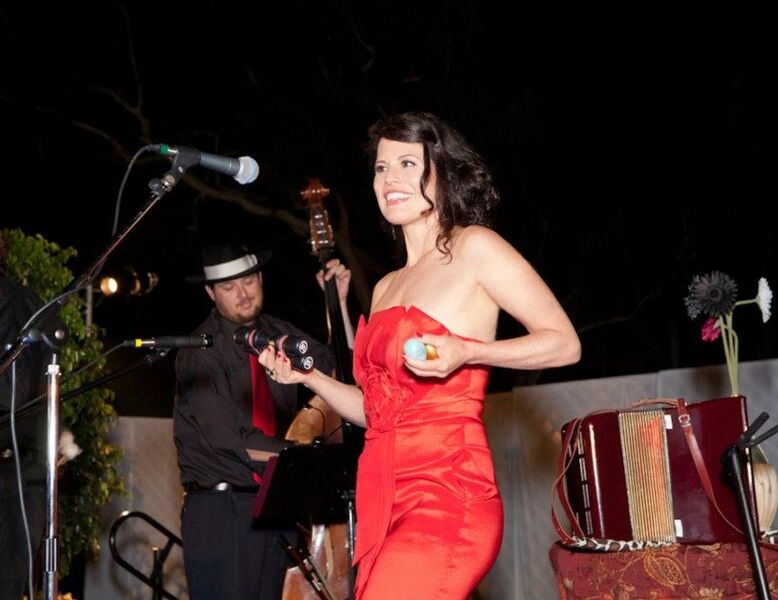 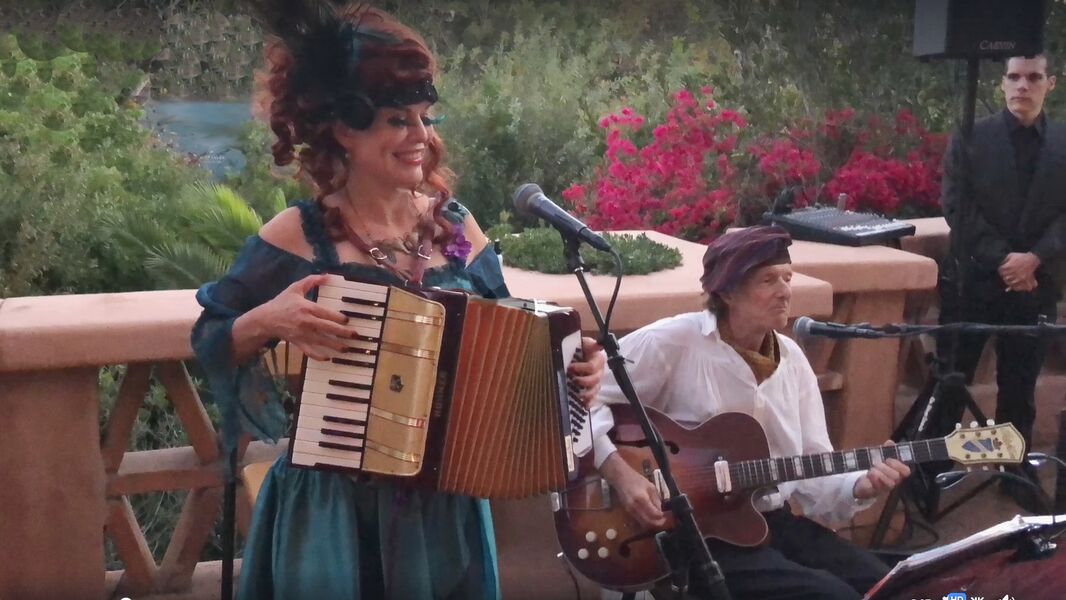