German Band from Milford, MI - Will travel up to 100 miles
6
8 VERIFIED BOOKINGS
MEMBER SINCE 2015
AVAILABLE UPON REQUEST
This year marks the 47th anniversary of Die Dorfmusikanten. The Die Dorfmusikanten (German for Town Band) was formed with the goal of keeping the traditional Bavarian/Czech-style music alive. The band was originally formed in Harper Woods and soon became a crowd favorite at German/Bavarian/Czech picnics and festivals throughout Southeast Michigan, Ohio, Windsor and Toronto.

Founder and leader, Eric Neubauer, inspired by the music of Ernst Mosch, the conductor of the Original Egerländer Musikanten and the beautiful melodies of the Czech composers Jaromír Vejvoda and František Kmoch, formed the band with the traditional brass band instrumentation: Fluegelhorns, Clarinets, Tenorhorns, Tuba and drums. The wonderful Bavarian and Czech melodies freely crossed the political borders of Germany and the former Czechoslovakia, so it's no surprise that Eric would partner with long time Detroit Czech musician Joe Tomes. As a result of this partnership, traditional brass band music has been performed at the home of the Detroit Sokol for their annual dinner dance held in Dearborn, Michigan.

As more versatile musicians were added to the group Eric was able to modernized the sound. By adding saxophones, trombones, trumpets, guitar and electric bass Die Dorfmusikanten was able to perform hits of James Last, Burt Kämpfert and provide dance music not only for Oktoberfests, but also, under the name of the Eric Neubauer Ensemble for more elegant evening events such as Die Strassball sponsored by The Austrian Society of Detroit.
(more)

Group is awesome. Very professional Will use them again !

This was our first foray into hiring someone to perform at our annual event, and we couldn't be more pleased! Eric was great in getting things set up for the performer, and Herb was phenomenal. His accordion music was the hit of the party!

It was pleasant having Eric and team preforming for our Oktober fest event at Mercedes-Benz Financials. We recommend their services. 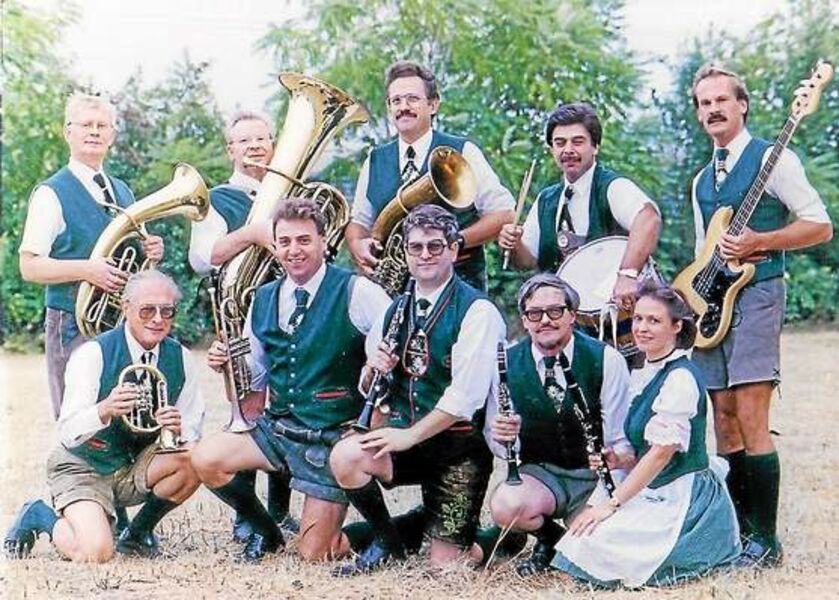