Guitar from San Diego, CA - Will travel up to 100 miles
15
28 VERIFIED BOOKINGS
MEMBER SINCE 2017
ACCEPTS ONLINE PAYMENTS
$150 - $200 per hour
ACCEPTS ONLINE PAYMENTS
VIRTUAL SERVICES OFFERED
Fred Benedetti has performed all across the globe with his guitar for over 30 years. He studied with the great Andres Segovia and has been featured on numerous CD's as a soloist and as a member of a variety of ensembles. These days he loves to play locally in his home town where he also teaches guitar at SDSU and is the head of the guitar department as a full-time music professor at Grossmont College. He is equally at home with a variety of styles from classical, flamenco, bossa-nova, and popular fingerstyle music and having grown up in Hawaii, also plays the ukulele. Also consider his numerous ensembles: The Benedetti-Svoboda guitar duo (flamenco and gyspy music), The Benedetti Trio (with his daughters performing popular music), The Odeum guitar duo (concert classical music) Camarada (Tango, Celtic, chamber music ensemble) Blurring the Edges (jazz with Peter and Tripp Sprague)

Full bio:
Fred Benedetti was born in Sasebo, Japan and began playing the guitar at age 9. In 1986 he was one of 12 guitarists chosen worldwide to perform in the Master Class of Andrés Segovia at USC where Guitarra Magazine wrote, "...Fred Benedetti amazed the audience with his performance of the (Bach) Chaconne..." He has also been a performer for the master classes of Pepe Romero, Christopher Parkening, Federico Moreno-Torroba, George Sakellariou, and David Grimes. Fred has performed in the United States, England, Germany, the Czech Republic, Canada, Taiwan and Mexico and locally with the San Diego Symphony, the San Diego Opera, the Starlight Opera, the American Ballet Company, the Old Globe Theatre, Luciano Pavarotti, and jazz artist Dave Brubeck.

He is a full-time professor of music at Grossmont College where he is the head of the guitar studies program, and is chair of the guitar program at San Diego State University with colleagues George Svoboda , Robert Wetzel and Celin Romero. Fred is listed in the prestigious "Who's Who Among America's Teachers-2002" and received an "Outstanding Faculty Award" in 2001 from SDSU, the "NISOD" Excellence in Teaching award from the University of Texas at Austin in 1992 and an "Outstanding Chair" award in 1990 from Grossmont College.

Equally at home playing classical music or contemporary music, he records on the SBE label and Domo Records with five noted ensembles: Camarada (chamber ensemble), Keltik Kharma (a celtic band), The Odeum Guitar Duo, recently given the honor by the magazine, Acoustic Guitar, as being one of the ten best independently produced guitar CDs for the year 2000, "Blurring the Edges" a recipient of the 1994 San Diego Music Awards "Best Pop-Jazz" album of the year featuring jazz musicians Peter ,Tripp, and Hall Sprague, and the acclaimed Benedetti/Svoboda Guitar Duo.

Fred was excellent! Could not have germ happier. Fred was extremely prepared, learned the music my daughter requested for her wedding, and kept in great communication the days coming up to the wedding. A very talented player!! I would highly recommend!

If I could give 6 stars across the board, I would! Fred was outstanding. The perfect touch of warmth and congeniality for our corporate reception. He was so easy to work with, his music was delightful, and he is just a friendly, kind guy! 10 out of 10 would work with Fred again.

Thank you so much Ruth!

If you truly want a world-class performer for your event, look no further than Fred. He made my parents' 50th anniversary party something EXTRA special. He was 100% accommodating to any special requests, even playing "Never My Love" for my parents to have a special dance, and the theme song from "Chico and the Man" as a special dedication and inside joke for my husband. His playing had everyone mesmerized. He's just an all-around humble, down-to-earth, great guy! By the end of his 3 hrs w/us, he felt like a part of our family and I was actually quite sad to have his performance end. Thanks for being so awesome, Fred. Hope to catch another performance soon! Best, Lisa

Thank you so much Lisa! You made me feel like part of the family! It was a pleasure and honor to perform for your parents 50th anniversary. 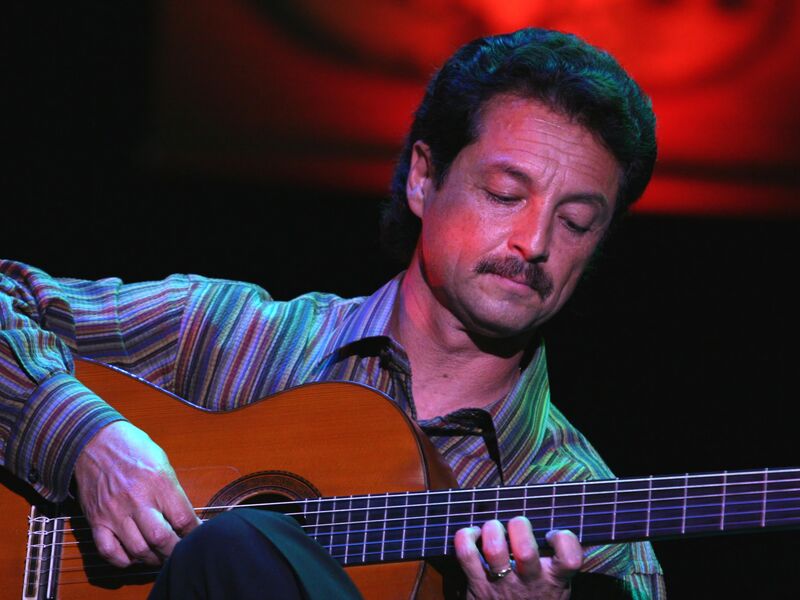 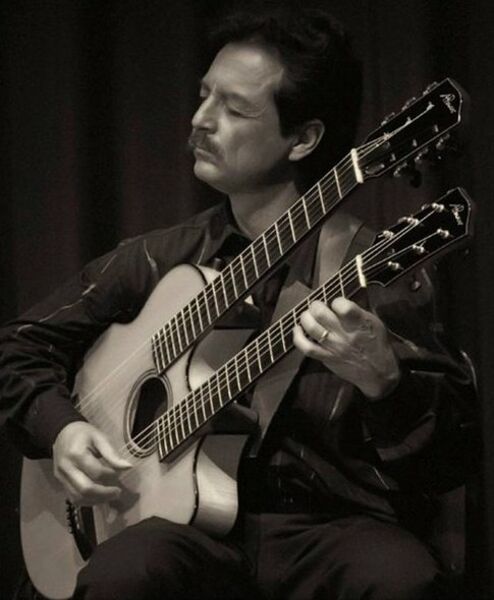 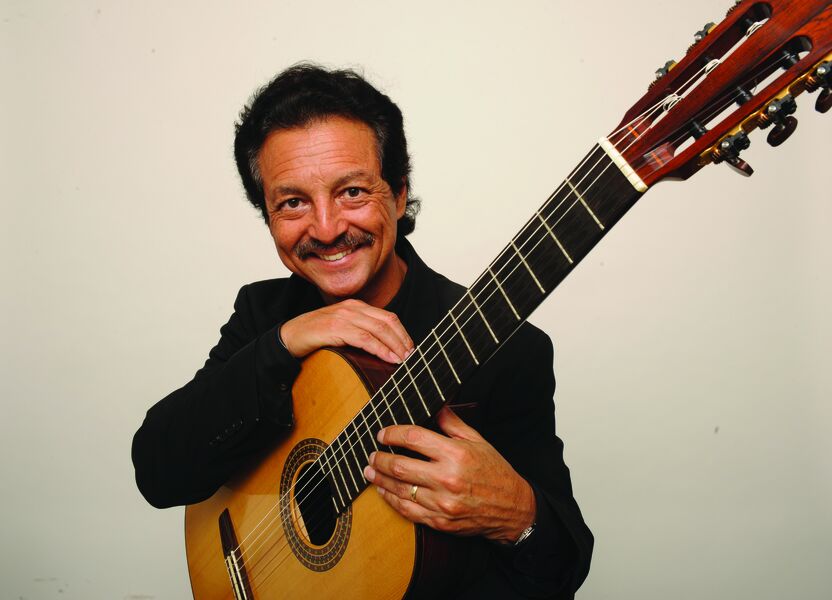 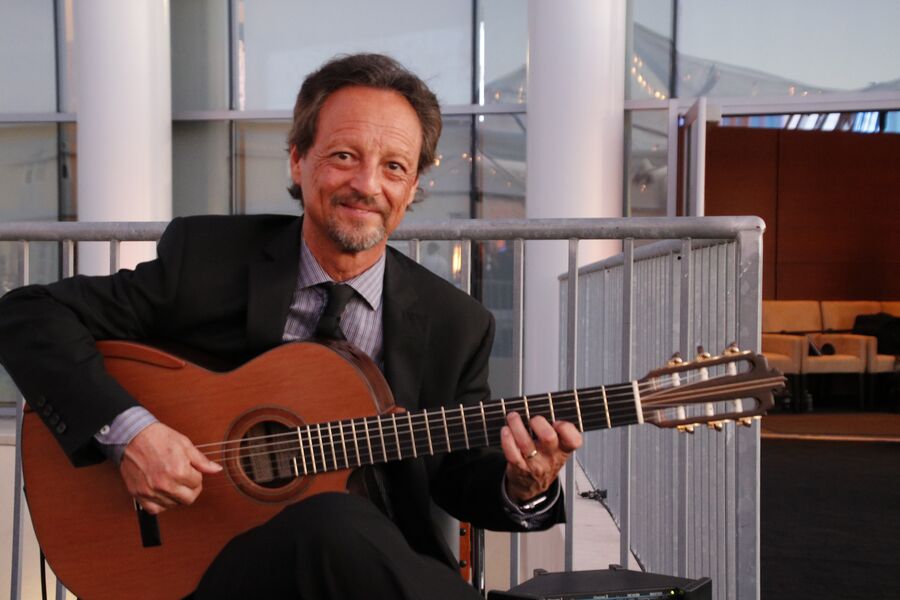 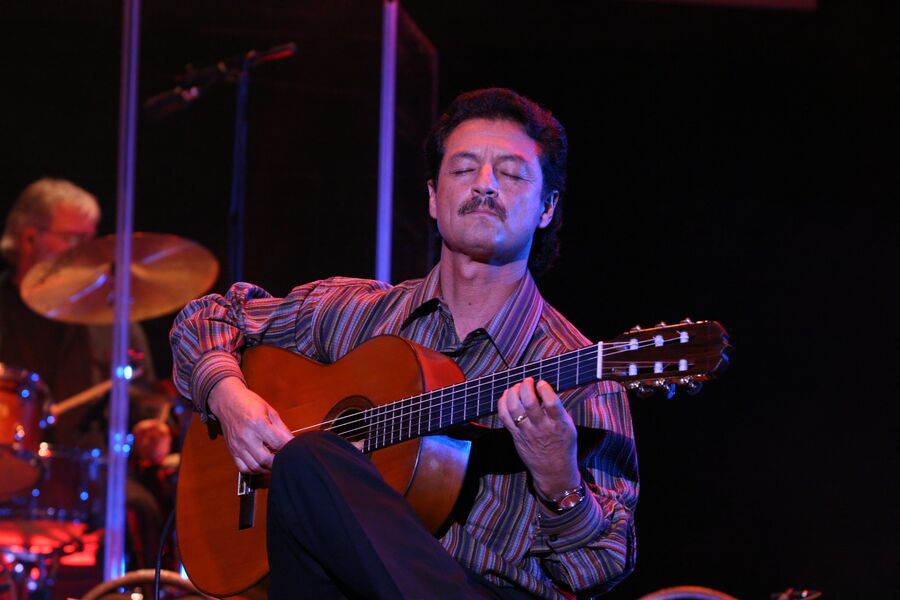 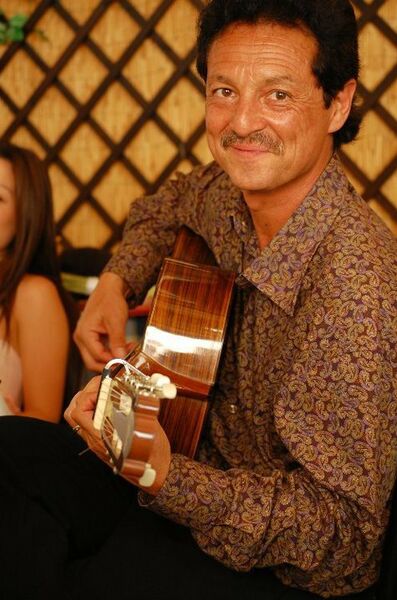 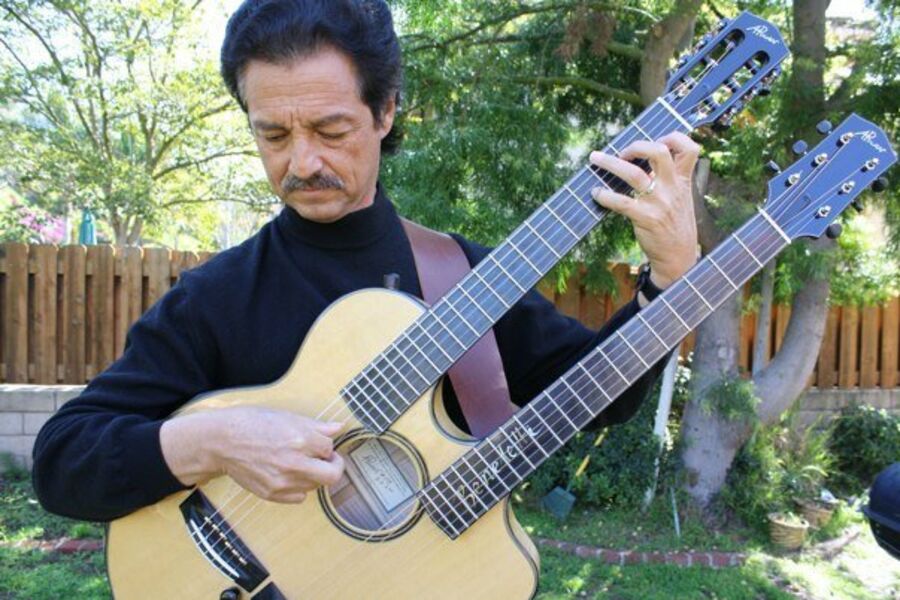 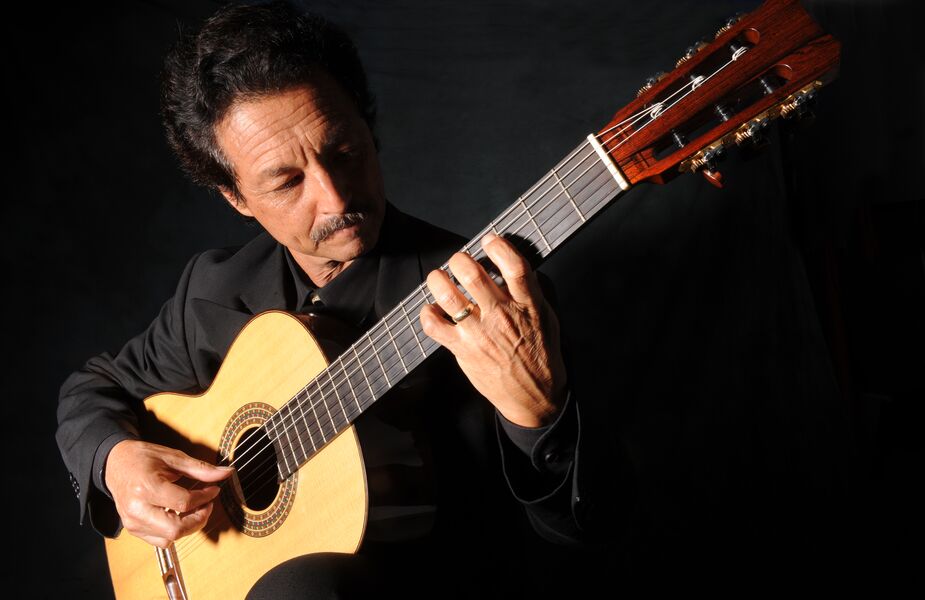 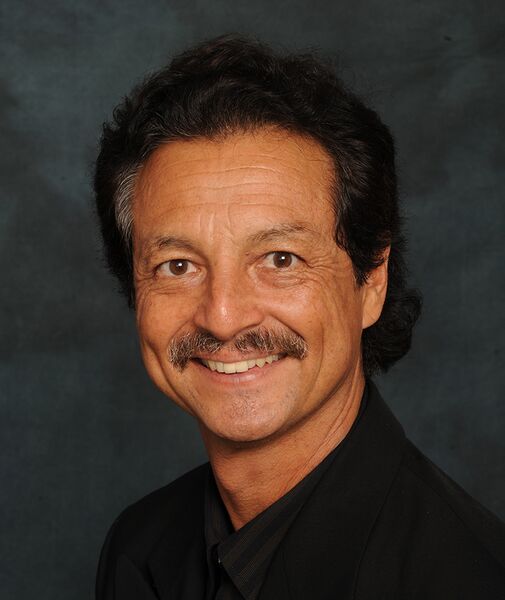 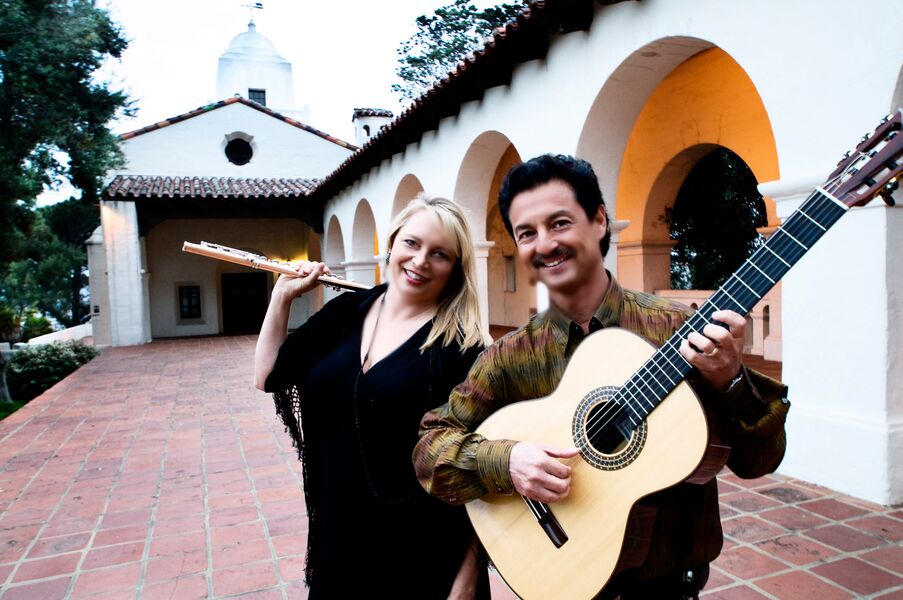 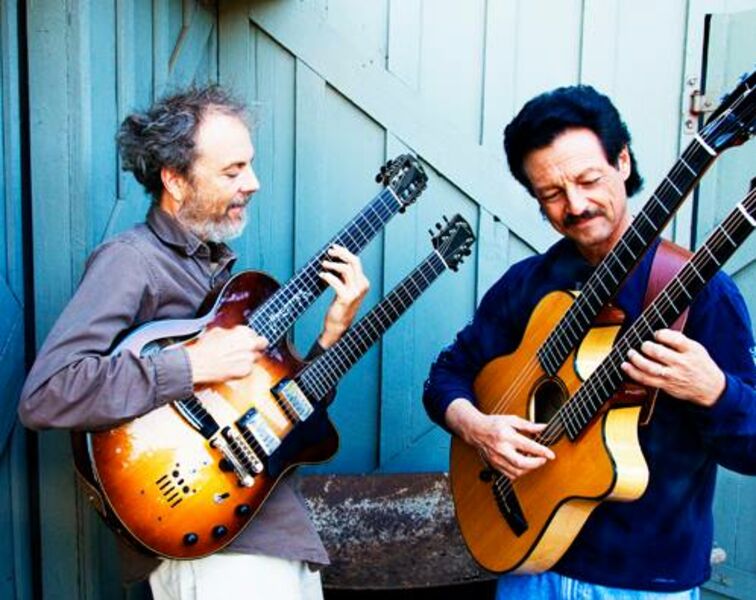