Caleb Murray and the Blue Horizon

Jazz Band from Half Moon Bay, CA - Will travel up to 100 miles
14
25 VERIFIED BOOKINGS
MEMBER SINCE 2015
ACCEPTS ONLINE PAYMENTS
$400 - $2000 per event
ACCEPTS ONLINE PAYMENTS
VIRTUAL SERVICES OFFERED
We are Blue Horizon. We are a group of guys from the San Francisco Bay Area who have been playing together for 4 years now, though we have never officially formed a band...until now! I met Danny (our bassist) and Chris (our Guitarist) at San Jose State University while studying for my bachelors in Jazz Studies. Since our meeting, we have individually played all around the world at some of the most prestigious jazz and blues venues. Now, we are looking forward to performing at your event! When we aren't playing music, we are playing basketball, watching movies, finding the best Mexican food places, and cracking jokes with each other.

For our band, we often play light jazz music for weddings, funerals, social and work events, and other parties where background and main event jazz/blues is asked for. Our normal choice of music generally comes from the American Songbook and famous jazz standards from jazz idols we love. Our repertoire is massive and we can give you our extensive list of what we could play if requested. We can also take requests for an original/arrangement of your favorite tunes and we will play them at the event, including rock, pop, and hip-hop tunes.

For more questions about pricing, Here is a quick guide.

Thanks and I look forward to meeting you soon!
(more)

Thanks Jonathan. Congraduations on your big day. I'm happy to be a part of it.

Hiring someone sight unseen is a little scary, but hiring Blue Horizon was a home run! They sounded incredible, were accommodating to the music selection I wanted, and they were completely professional and personable. They really helped make my holiday party a success. I would definitely hire them again!

Awesome group of people to work with. Kelly was very accommodating, helpful, and friendly from the start. Everything seemed to run really smoothly at her party. We even sold a few of our CDs there. I'd take a gig with her anytime.

Caleb and the team were just awesome!! Friendly, punctual, no fuss, well planned and easy to talk to. I booked them for my husbands surprise party. Caleb helped me thru the whole thing, gave reasonable quote and the music was soulful and party worthy. I wanted drums also as my husband loves it and Caleb agreed to arrange it. There were many requests from the guests and they accommodated it too on the spot. Everyone loved it and the party was a great success. Sincere thanks to Blue Horizons. I would highly recommend them.

Bhavani and all of her party guests were wonderful. We had a lot of fun playing for such an energetic and kind group of people. I can't wait for the 41st surprise party! Best wishes, Blue Horizon

(more)
END_OF_DOCUMENT_TOKEN_TO_BE_REPLACED
PAST EVENTS
FUTURE EVENTS
GIGMASTERS VERIFIED BOOKING
No Future Events
2020
Corporate Function
Palo Alto, CA
5:30 PM - 8:30 PM
2019
Anniversary Party
Santa Cruz, CA
12:00 PM - 2:00 PM
2019
Birthday Party (Adult)
Mill Valley, CA
5:30 PM - 6:15 PM
2019
Engagement Party
Saint Helena, CA
1:30 PM - 1:45 PM
2019
Corporate Function
Sunnyvale, CA
5:00 PM - 7:00 PM
2019
Corporate Function
Woodside, CA
2:00 PM - 5:00 PM
2019
Corporate Function
South San Francisco, CA
5:30 PM - 9:00 PM
2019
Corporate Function
San Francisco, CA
5:00 PM - 7:00 PM
2019
Birthday Party (Adult)
Los Altos, CA
7:30 PM - 9:30 PM
2019
Corporate Function
Santa Clara, CA
6:00 PM - 7:30 PM
2018
Birthday Party (Adult)
San Jose, CA
6:00 PM - 8:00 PM
2018
Community Event
Pleasanton, CA
6:30 PM - 8:30 PM
END_OF_DOCUMENT_TOKEN_TO_BE_REPLACED
Black Coffee
Cotton Tail
Four
I Mean You
Thelonius Monk
In a Sentimental Mood
I'll Remember April
It Don't Mean a Thing
Long Ago And Far Away
Night Dreamer
Wayne Shorter
Oleo
Seven Steps To Heaven
Speak No Evil
Wayne Shorter
Stolen Moments
Oliver Nelson
Surrey With The Frindge On Top
Triste
Jobim
Waltz For Debby
When I Fall In Love
On The Sunnyside of the Street
In The Wee Small Hours
On Green Dolphin Street
Gnid
On A Misty Night
500 Miles High
Chick Corea
Alright, Okay, You Win
Beauty and the Beast
Wayne Shorter
Feels So Good
Chuck Mangione
What Are You Doing The Rest of Your Life
So Many Stars
Sergio Mendes
Agua De Beber
Jobim
Corcovado
Jobim
Desifinado
Jobim
Chenga De Saudade
Vinícius de Moraes
One Note Samba
Jobim
Wave
Jobim
All The Things You Are
Standards...
Body and Soul
Summertime
I Can't Get Started
My Funny Valentine
What Is This Thing Called Love
Stella By Starlight
Autumn Leaves
Willow Weep For Me
What's New
Honeysuckle Rose
Georgia
Caravan
In A Sentimental Mood
How High The Moon/Ornithology
Take The A Train
Embraceable You
On Green Dolphin Street
The Way You Look Tonight
LOVE
I'll Remember April
Love For Sale
Sophisticated Lady
Ain't Misbehavin'
Night and Day
Lush Life
Cherokee
Night In Tunisia
There Will Never Be Another You
There Is No Greater Love
You Don't Know What Love Is
But Not For Me
Tea For Two
It Could Happen to You
Skylark
Over the Rainbow
The Nearness of You
Angel Eyes
Darn That Dream
All of Me
Rhythm Changes (all of them)
Just One of Those Things
What A Little Moonlight Can Do
Mean To Me
Pennies From Heaven
Polka Dots and Moonbeams
I Don't Mean A Thing
Just Friends
Star Eyes
A Foggy Day
Alone Together
Just You, Just Me
My Romance
Things Ain't What They Used to Be
Blue Moon
My One and Only Love
'S Wonderful!
Smoke Gets in Your Eyes
Here's That Rainy Day
My Old Flame
Don't Get Around Much Anymore
Stormy Weather
Avalon
Mack The Knife
For All We Know
Nature Boy
I Remember You
Lover
I Love You
Bye Bye Blackbird
April In Paris
Blue Skies
Time After Time
Softly As The Morning Sun Rise
But Beautiful
Days of Wine and Roses
When I Fall in Love
I Remember Clifford
In a Mellotone
I Get a Kick Out of You
Like Someone in Love
C Jam Blues
All Through The Night
Lullaby of Birdland
The Song Is You
Straight No Chaser
Thelonious Monk
Woody'n You
Dizzy Gillespie
Blue Monk
Thelonious Monk
Limehouse Blues
God Bless The Child
Mood Indigo
Groovin' High
That Old Devil Moon
Cheek to Cheek
You'd Be So Nice to Come Home To
I Only Have Eyes for You
All Sorts of Charlie Parker Tunes!
Makin' Whoopee
Love Me or Leave Me
Where or When
Smile
Tangerine
Wave
Bossa Nova
Lester Leaps In
Every Time We Say Goodbye
Have You Met Miss Jones
Miss Otis Regrets
When You're Smiling
Ol' Man River
Stars Fell on Alabama
Someday My Prince Will Come
That Old Feeling
The Day My Heart Stood Still
I'm Beginning to See The Light
All Blues
Begin the Beguine
Ivitation
Giant Steps (If you really want it!)
Naima
As Time Goes By
Good Bait
Thou Swell
Oleo
When the Saints Go Marching In
September in the Rain
I Loves You Porgy
Sugar
Milestones
My Ship
Whisper Not
Long Ago (and Far Away)
I Fall in Love Too Easily
Con Alma
Bossa Nova
Jeepers Creepers
Well You Needn't
Until The Real Thing Comes Along
Bewitched
Poinciana
Isn't It Romantic
My Favorite Things
On The Street Where You Live
Walkin'
In The Wee Small Hours of the Morning
Bags' Groove
Work Song
Epistrophy
Just You Just Me
Evidence
Rhythm-A-Ning
Fly Me To The Moon
Ruby My Dear
All of You
Without a Song
St. Thomas
Corcovado
The Surrey With The Fringe on Top
Solar
Nica's Dream
Stablemates
Song For My Father
Most Christmas Tunes
So What
Lady Bird
Lazy Bird
Russian Lullaby
I Could Write A Book
Pannonica
In Walked Bud
Joy Spring
Birth of the Blues
Waltz for Debby
The Peanut Venor
Smile
One Note Samba
Four
Monk's Mood
Sister Sadie
How Insensitive
Blue Bossa
Detour Ahead
Moment's Notice
Moanin'
Beautiful Love
Dearly Beloved
The Preacher
Shaw Nuff
Watermelon Man
Nardis
Danny Boy
Jordu
I Get Along Without You Very Well
Moon River
What Are You Doing The Rest of Your Life
Dolphin Dance
Chameleon
Red House
Jimi Hendrix
Wind Cries Mary
Jimi Hendrix
Hey Joe
Jimi Hendrix
Yesterday
Beatles
Norwegian Wood
Beatles
AND MANY, MANY, MORE
Additional Tunes Available
Brazilian Band
Jazz Band
Latin Band
Smooth Jazz Band
Wedding Band
Jazz Orchestra
Proms
Weddings
Baby Showers
Bar Mitzvahs
Celebrations
Funerals
Happy Hours
Picnic
Bachelorette Parties
Concerts
Bat Mitzvahs
Bridal Showers
Events
Bachelor Parties
Banquets
Christenings
Conventions
Festivals
Fundraisers
Halloween Parties
Meetings
Birthday Parties (Kids)
Birthday Parties (Adult)
First Communions
Luau Parties
Wedding Ceremonies
Wedding Receptions
Engagement Parties
Family Reunions
Rehearsal Dinners
SHARE THIS VENDOR
Request Free Quote
Please note Caleb Murray and the Blue Horizon will also travel to El Granada, Moss Beach, Montara, Burlingame, Belmont, San Mateo, Millbrae, San Carlos, Pacifica, Redwood City, San Bruno, San Francisco, San Gregorio, South San Francisco, Atherton, La Honda, Daly City, Menlo Park, Palo Alto, Portola Valley. 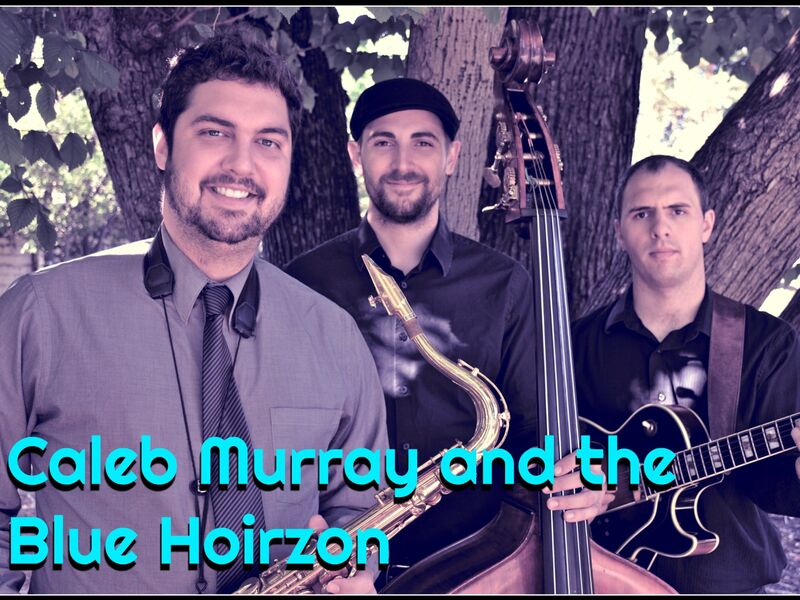 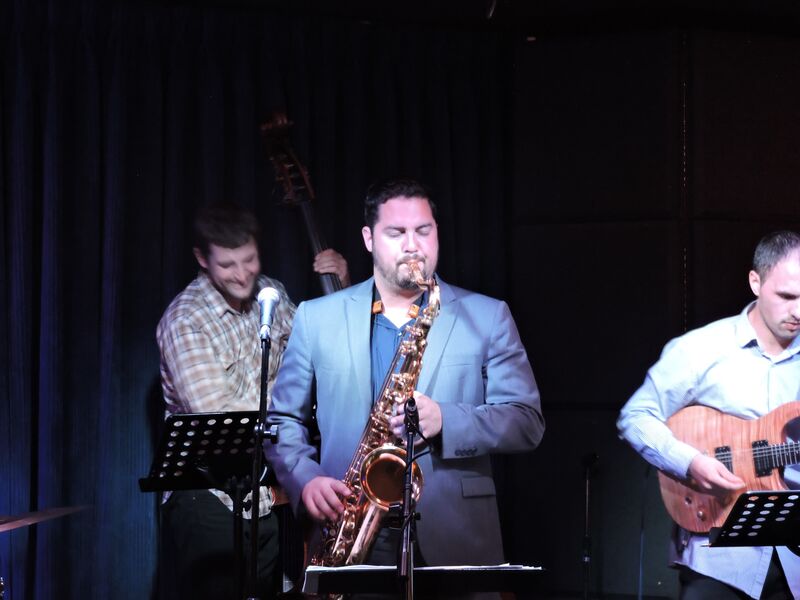 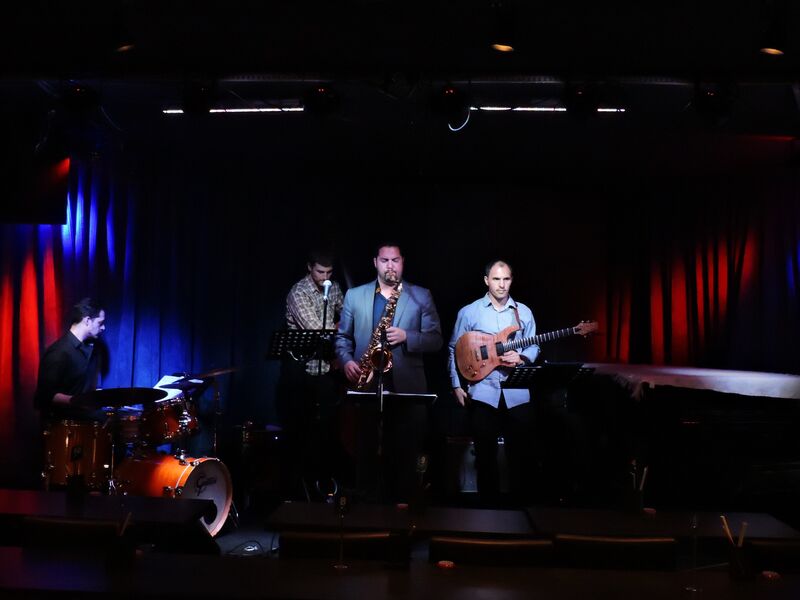 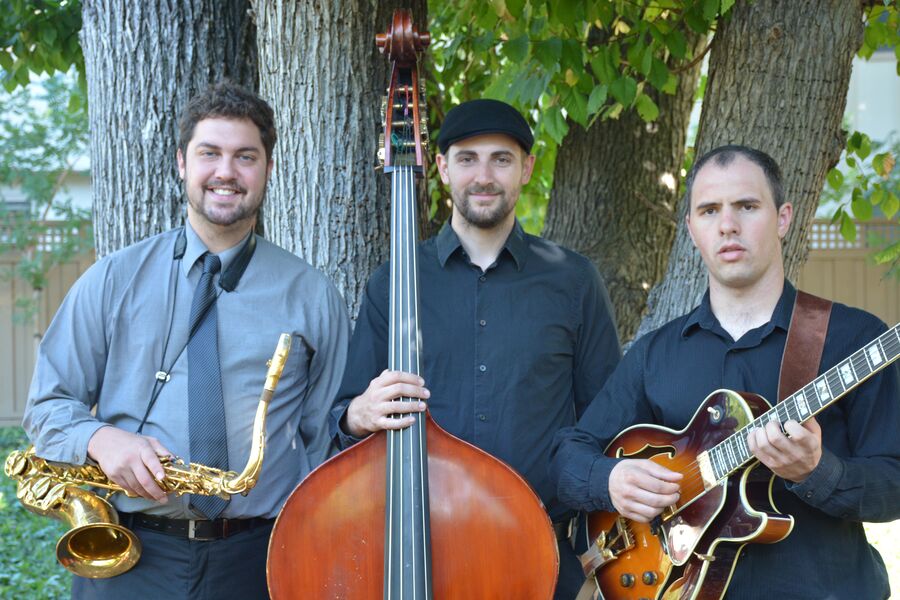 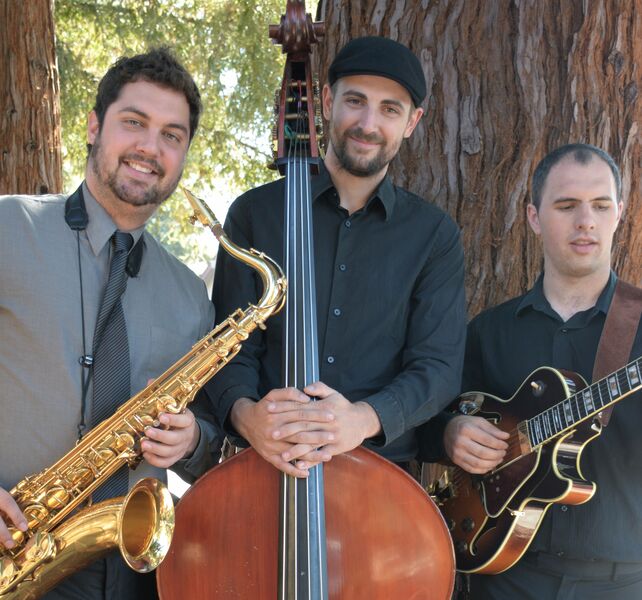 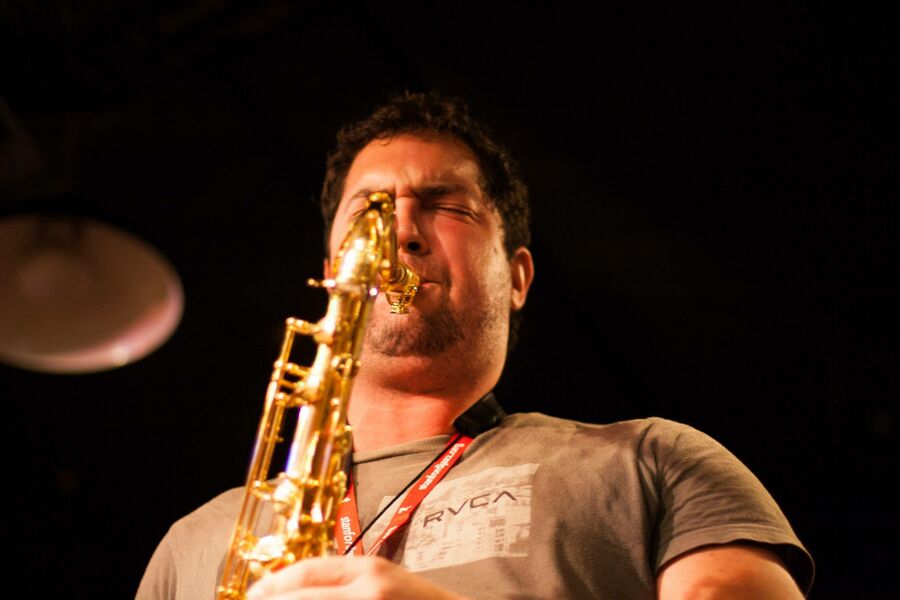 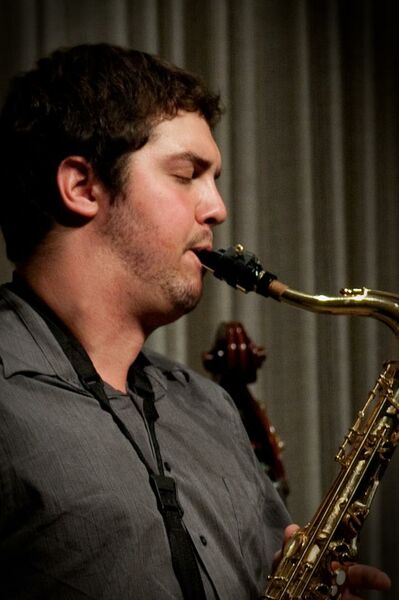 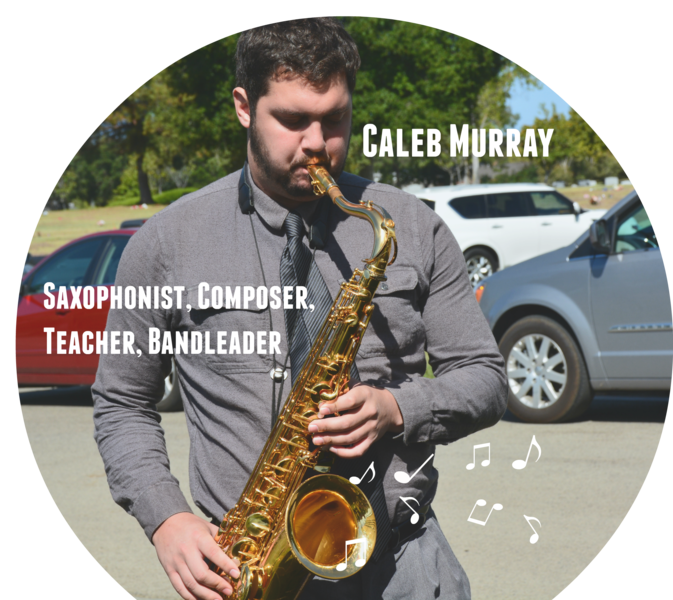 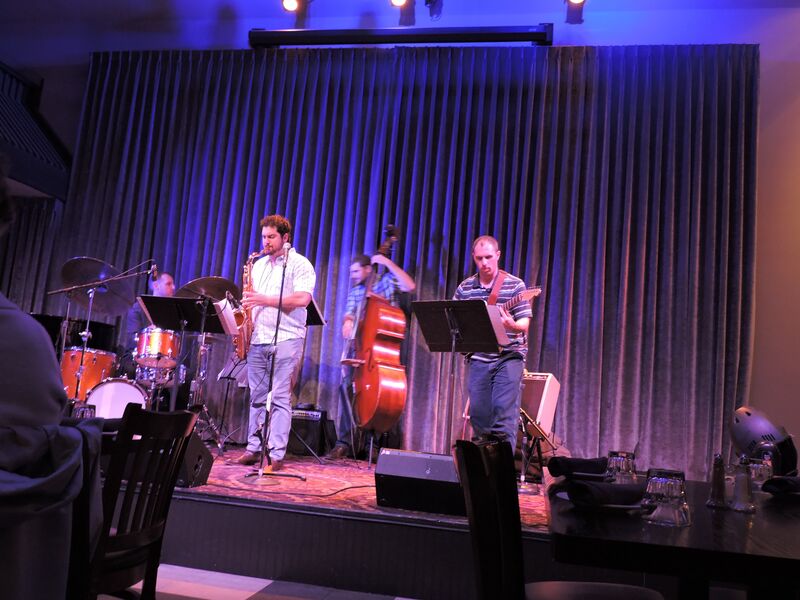 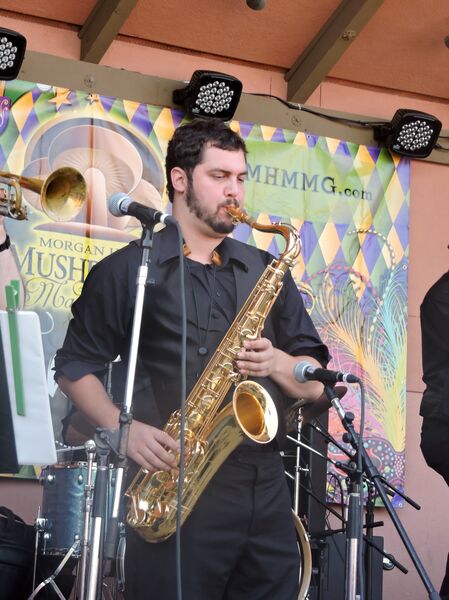 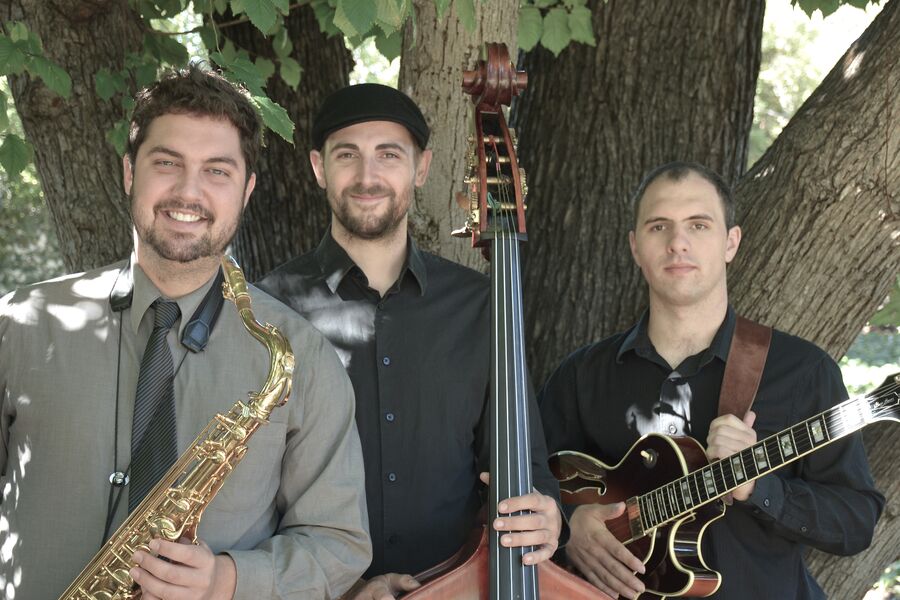