Jazz Band from Vancouver, BC - Will travel up to 100 miles
6
6 VERIFIED BOOKINGS
MEMBER SINCE 2010
AVAILABLE UPON REQUEST
PK3 Jazz Trio

This jazz trio is based around great feel and interesting arrangements. The sound of the PK3 Jazz Trio is influenced by Oscar Peterson, Bill Charlap Trio and Ahmad Jamal. PK3 Jazz Trio has extensive experience performing at jazz festivals, including the Vancouver International Jazz Festival and the Pender Harbour Jazz Festival. This professional jazz trio also performs at weddings, corporate functions, hotel lounges and restaurants in the Vancouver region and abroad. PK3 performs regularly at the regions most exclusive venues, such as, The Fairmont Pacific Rim, The Shangri-La Hotel, Fairmont Chateau Whistler, The Vancouver Club and The Marine Golf and Country Club. The professional sound of PK3 Jazz Trio is a fine addition to any event.

Miles Black- Based in Vancouver, BC, Miles is a highly respected career musician bringing an enormous wealth of musical experience and expertise to most every facet of the music industry.  Firstly known as one of Canada's most accomplished jazz pianists, Miles is also highly acclaimed and sought after as an arranger, producer, composer, session musician, guitarist, vocalist, bassist, saxophonist, songwriter, and musical theatre director.  Adding to that, he has worked as a music therapist and collegiate music instructor. Especially in Vancouver, Miles Black is well know as the "first call' when musicians are looking for top professional enhancements to their projects. Just some of the artists and acts with whom Miles has worked with include Mark Murphy, Lee Konitz, Slide Hampton, George Coleman, Scott Hamilton, Sheila Jordan, Chuck Israels, Dee Daniels, Paul Horn, Skywalk, Max Roach, Harry “Sweets” Edison, Maynard Ferguson, Lew Tabackin, Claudio Roditi, Ingrid Jensen, Houston Person, Johnny Frigo, and Von Freeman.  The list is lengthy and includes many other well known stars of the music world too numerous to note here.

Jodi Proznick- Juno-nominated bassist, composer, bandleader, and educator Jodi Proznick has earned a reputation as one of Canada's finest jazz artists. She has won numerous National Jazz Awards, including Bassist of the Year in '08 and'09. Her group, the Jodi Proznick Quartet, was awarded the Acoustic Group of the Year and Album of the Year in '08 and the Galaxie Rising Star at the Vancouver International Jazz Festival in '00. In addition to leading her own group, Jodi has performed with many of Canada's top jazz musicians, including PJ Perry, Don Thompson, Kirk MacDonald, Hugh Fraser, Oliver Gannon, Dee Daniels, Phil Dwyer, and Laila Biali. She is regularly in demand to perform and record with visiting jazz artists including Michael Bublé, Byron Stripling, Michael Feinstein, David “Fathead” Newman, Bucky Pizzarelli, Ed Thigpen, Jeff Hamilton, Peter Bernstein, Charles McPherson, Seamus Blake, George Coleman, Sheila Jordan, Mark Murphy, Harold Mabern, Eric Alexander, and Lewis Nash. In addition to recording her own Juno-nominated CD as a leader, Jodi has been featured on over 30 recordings as a sideman.

Kristian Braathen- Kristian has worked as a professional musician for more than twenty years. He received a Bachelor of Music Degree in Jazz Studies from the Music Faculty at Capilano University in 2004, where he studied with local jazz drummers Dave Robbins and Blaine Wikjord. In 2005, Kristian studied with world renowned jazz drummer, Jeff Hamilton (drummer with Oscar Peterson, Diana Krall and many others.) During a hiatus from his studies at Capilano University, Kristian travelled the world on several cruise line companies from 1998 to 1999. In addition, Kristian toured extensively in Canada and the United States with the Russell Jackson Band (former bassist with BB King) from 2000 to 2003. While on tour, Kristian shared the stage with such names as renowned jazz saxophonist Donald Harrison (Art Blakey and the Jazz Messengers, Terence Blanchard,) and Matt 'Guitar' Murphy (The Blues Brothers.) From 2004 to present, Kristian has led his jazz trio, PK3 Jazz Trio. Kristian released his first album under his own name in 2015, Kristian Braathen Trio- 'Tempus Fugit'. In 2016, Kristian became an endorsee with Canopus Drums, Japan. Also in 2016, Kristian was awarded a BC Arts Council Grant to travel to New York City and study with world renown jazz drummer, Kenny Washington (Tony Bennet, Bill Charlap Trio). In addition, Kristian also performs with several other jazz ensembles in the Vancouver region, as well as working as a recording musician and providing educational clinics in Vancouver and surrounding regions.

Kristian and the band are talented musicians who were wonderful to work with! We received many positive comments about the music during, and after, our event and managed to impress our relatives who are musicians. Would highly recommend this trio!

PK3 was a delightful to addition to our corporate reception. The music provided was a perfect compliment to the atmosphere of the evening, and created a classy ambiance for our guests. We had multiple last minute changes to our event, and PK3 was completely understanding and accommodating while they worked with us to ensure everything fell into place. I look forward to working with the group again!

They were very professional and sounded great! Perfect for our corporate function. 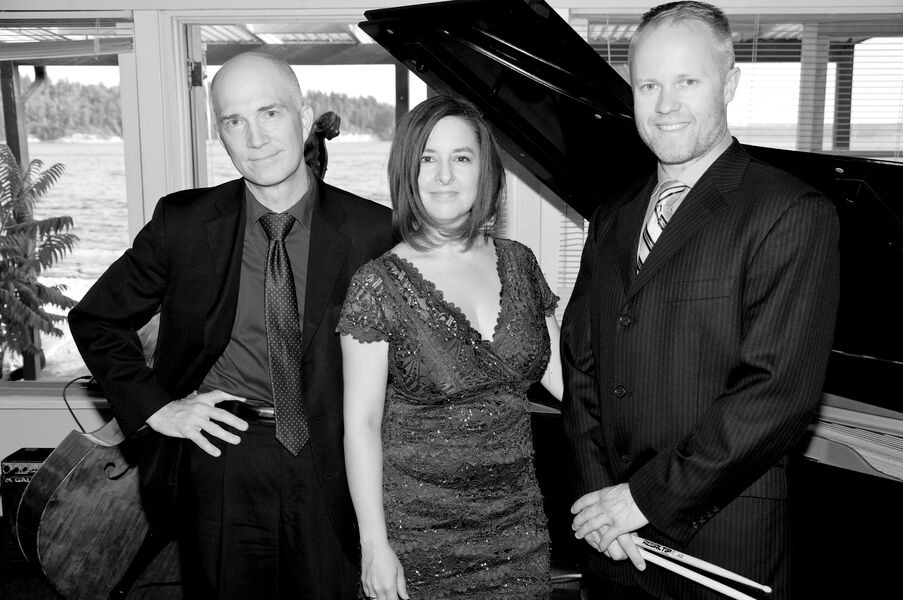 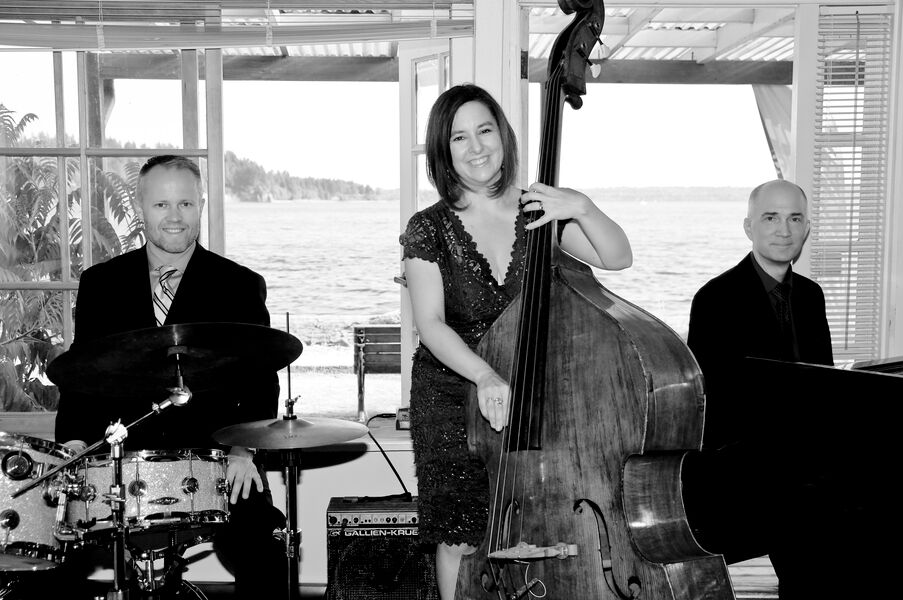 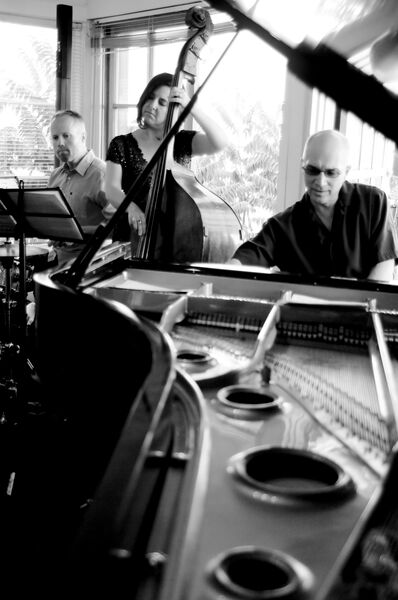 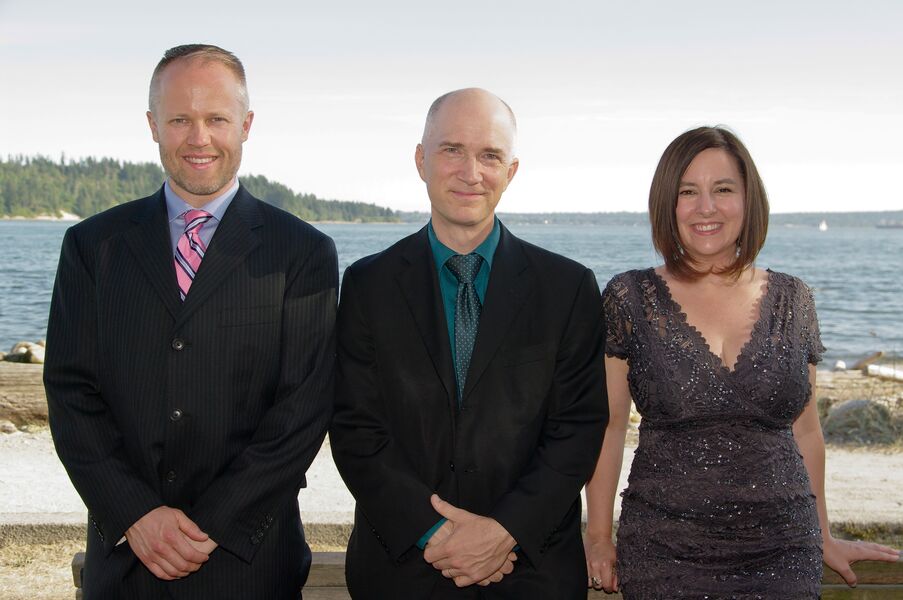