The Grand Avenue Band's high-energy performance will keep you dancing all night long and their experienced Master Of Ceremonies will ensure that your event runs smoothly and to your satisfaction. Individually members of the band emanate personality and talent. Together as a group they are simply amazing and able to please even the most discriminating audience.

An extraordinary combination of 6 fabulous vocalists and multi-instrumentalists puts them in a class of their own, gives them unparalleled versatility in song selection and the ability to give authentic renditions that sound like original recordings. The band performs TOP 40, Pop, Hip-Hop, Jazz Standards, Disco, Rock, Motown and Oldies. One of Grand Avenue Band's specialties is playing great Jewish music. A great combination of modern musical styles and Traditional Jewish music makes this band stand out from the rest as a perfect entertainment choice for your next Jewish wedding.


WHAT PEOPLE SAY ABOUT THE GRAND AVENUE BAND?

'I have said it before and I will say it again the band/DJ makes or breaks a wedding. They were so excellent not only was the dance floor packed from the beginning to the end we extended our time because no one wanted the music to stop. My mother has cancer yet she was on the dance floor all night long. I have not seen her have such a good time in years. That alone made the evening for me. Not only did the guests rave about the band as a whole but had terrific things to say about all of the individual band members. I now have people asking to be invited to the next wedding in October simply due to the band.'
'We just wanted to let you know that you were great. We had many people tell us that they were the best band they had ever heard at a wedding reception. You made the night a success and lots of fun'

'We were very happy with The Grand Avenue Band. The music was outstanding and they did everything we had requested. The night was a lot of fun and we received loads of positive comments about them. I?d recommend them to anyone.'

'The band was GREAT! They made the party a huge success. We had several compliments. They definitely exceeded our expectations.'

'Our expectations were absolutely exceeded! All of our family and friends were inspired to get up and dance. They played just the right mix of R&B, standards, and contemporary, and their versatility is truly impressive. Each of the band members is exceptionally talented. The instrumentation was flawless and the harmonies were tight. The night was so beautiful and ran smoothly without a hitch. The evening was Emceed as though it were a Hollywood Gala Event. '

'The Grand Avenue Band was amazing. Everyone absolutely loved them. We had a blast. I have had several friends ask how to get 'that band'. It could not have been more perfect!!! '

'We were extremely satisfied with the band. They did in fact exceed my expectations! The dance floor was filled all night, the hora was excellent and their music selections were terrific. We received many positive comments from the guests about the band'

'The wedding was great and the band was terrific. Almost everyone was on the dance floor most of the night and couldn't get enough of the music. We're looking forward to their return engagement at our other son's wedding in October. '

'The Grand Avenue Band was spectacular. They had great energy and their music selections kept everyone dancing. Roee and I requested the biggest dance floor that the InterContinental had to offer and it was packed. I cannot say enough great things about the band and we thought that they did so well that we gave them a tip twice the amount we originally planned on. Our guests were talking about the band several days after the wedding because we all liked them! '

'We thought the band was great and our guests had a great time dancing and listening to them. Everyone really enjoyed the band and continue to ask who they were. My favorite memory is the hava nagila -they did the long version and the dance floor was packed the whole length of the song! We couldn't believe how much everyone enjoyed themselves and are still talking about it. '

'The band was wonderful and the feedback nothing but positive. The evening was a huge success! '

'I just wanted to email you to tell you how much we enjoyed the band! They really kept the evening moving and the people dancing. Though we enjoyed them during the reception, now that we have the DVD footage, we've enjoyed watching them even more. We get to see so many things that we missed because we were busy making our rounds! They were all very energetic and entertaining performers. And we got so many compliments on them! People kept telling us they'd never heard such a great wedding band and that they made the evening so much fun. We will definitely recommend them to anyone getting married in Ohio!'

YOU GUYS ARE AWESOME!!!! You kept the dance floor full all night and I couldn't believe that people were actually chanting: MORE, MORE at the end of the night. Thank you so much, you were very accomodating and made the night VERY special for us!!

We heard so many good things about this band that we hired them sight unseen. What a night! The evening was a HUGE success and it was all thanks to the band. Our guests kept asking us all night long where we found such an AMAZING band. They played a great variety from Sinatra to Christina and they read the crowd extremely well. I NEVER saw so many people dancing at any event I’ve been to. And we had people of all ages! They were high energy and so much fun but still managed to make this such a classy event you would think they played for the president! The vocalists are superb. SUPERB!! Every one of them could be on American Idol. And the horns were so good! Grand Avenue, thanks for making our evening such a success!!! If you ever need a recommendation, please feel free to give them my contact information Thank you. Thank You. Thank You. Becca PS We are already planning a new event so we can have you back!! 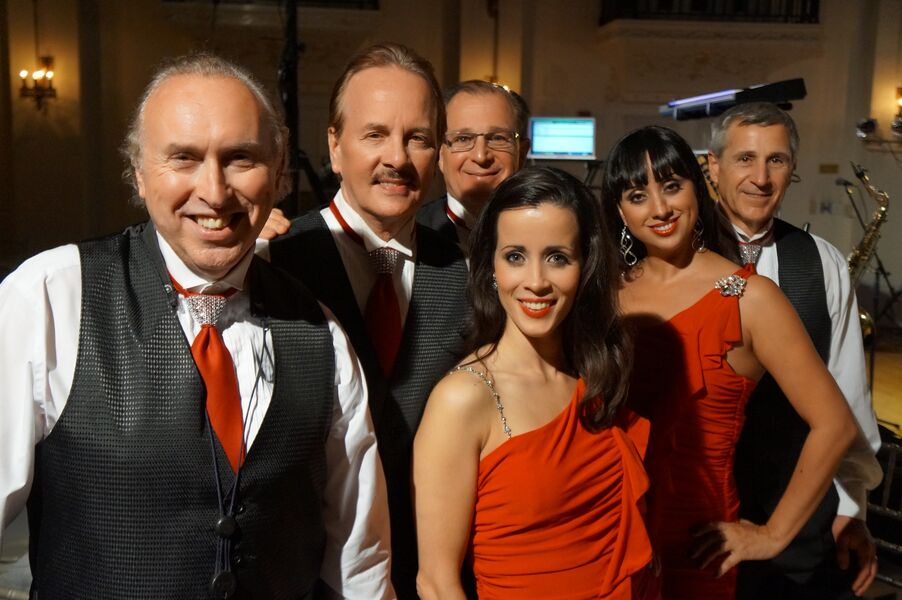 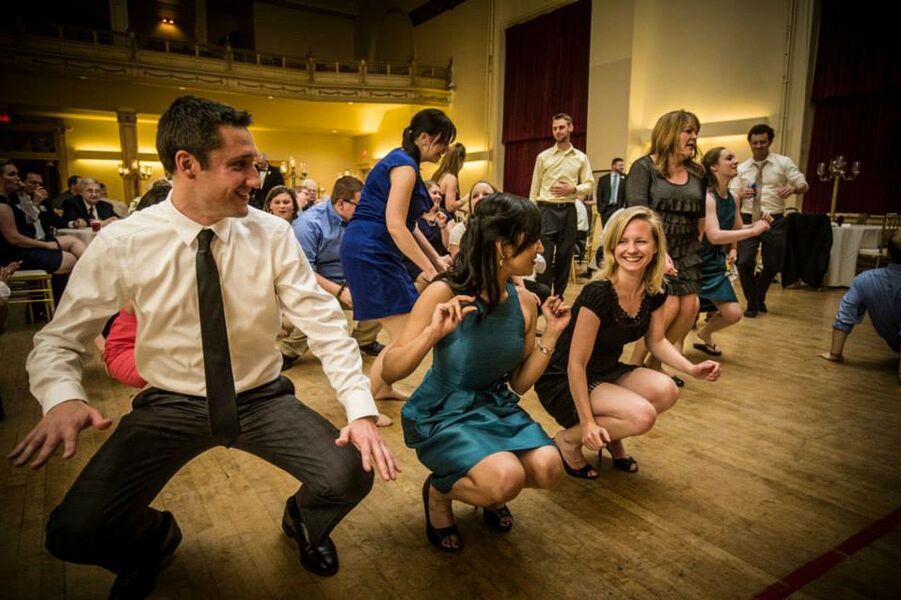 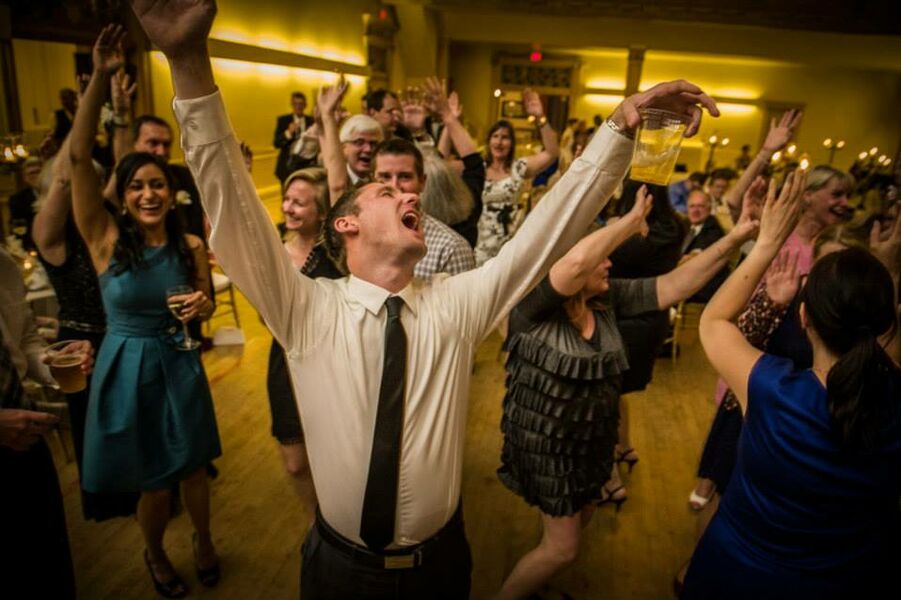 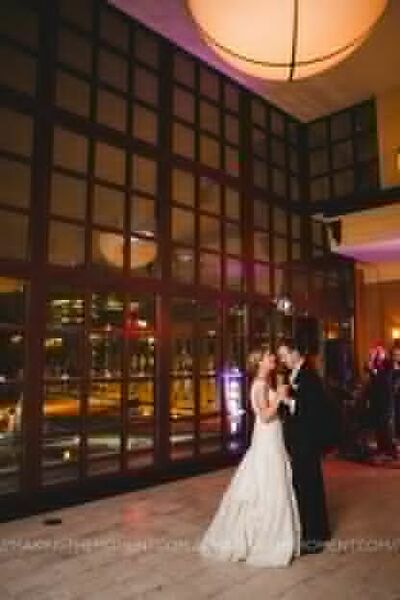 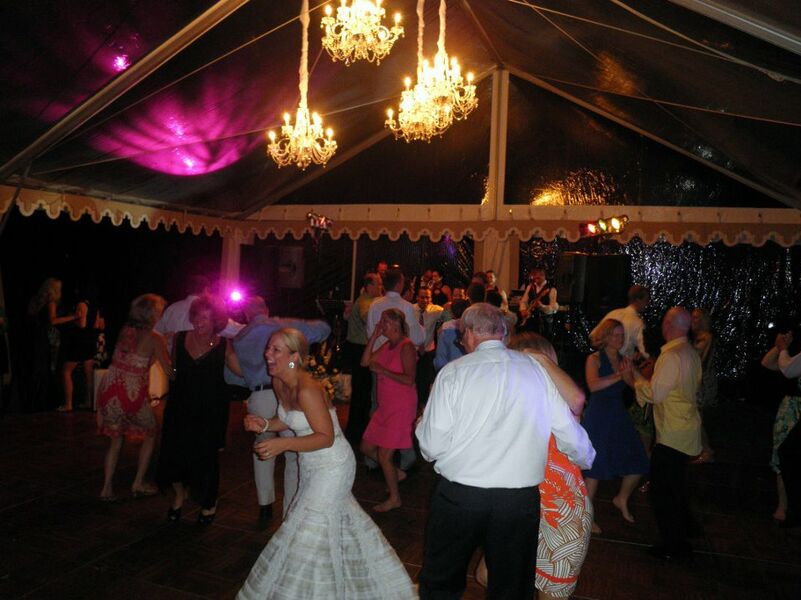 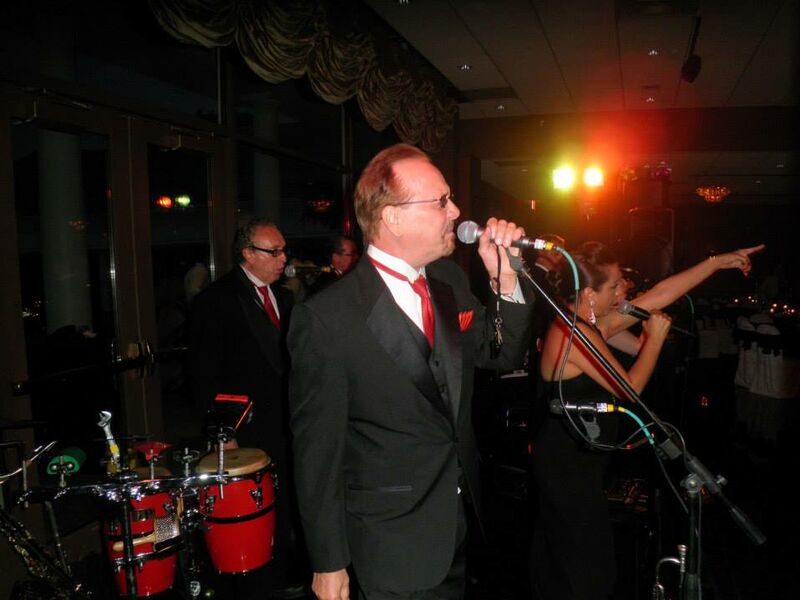 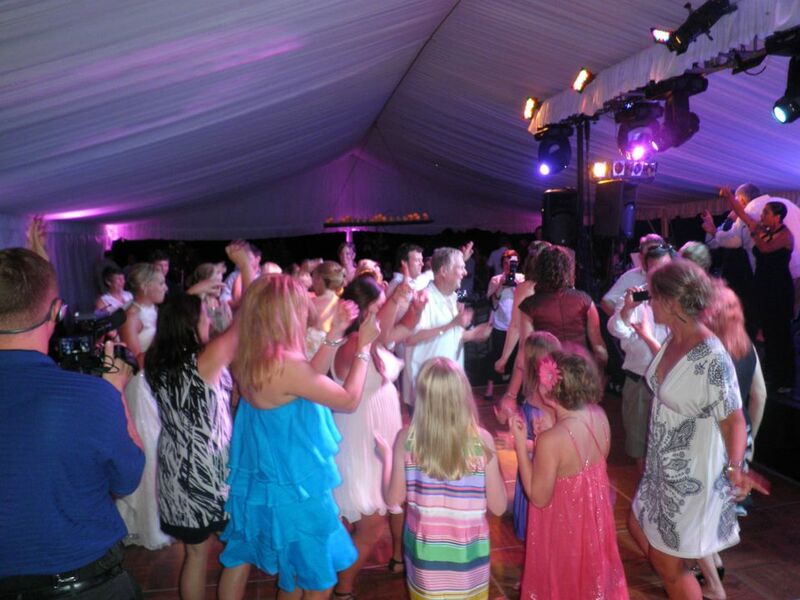 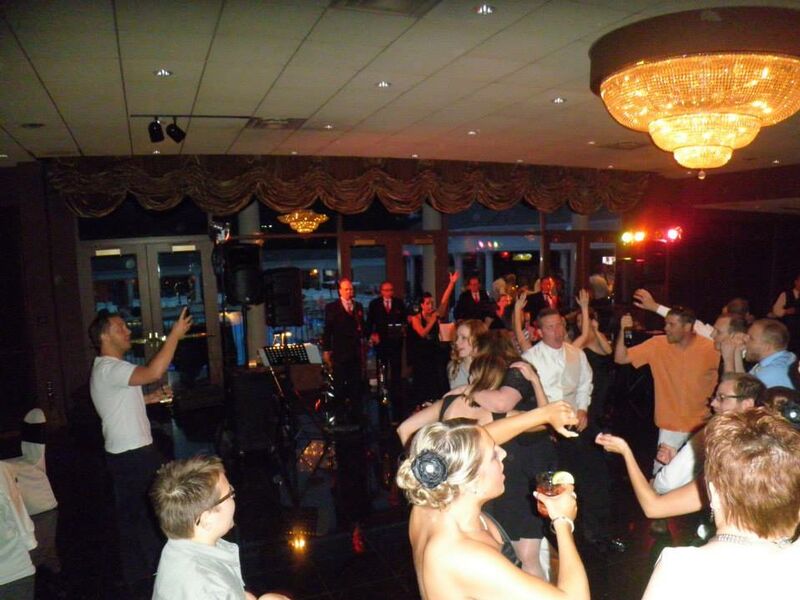 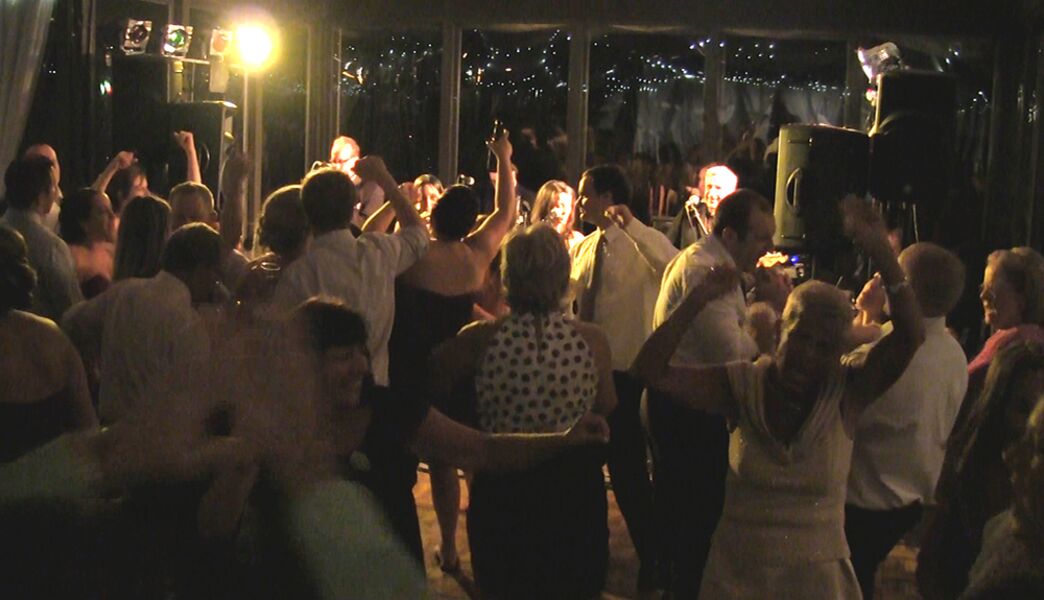 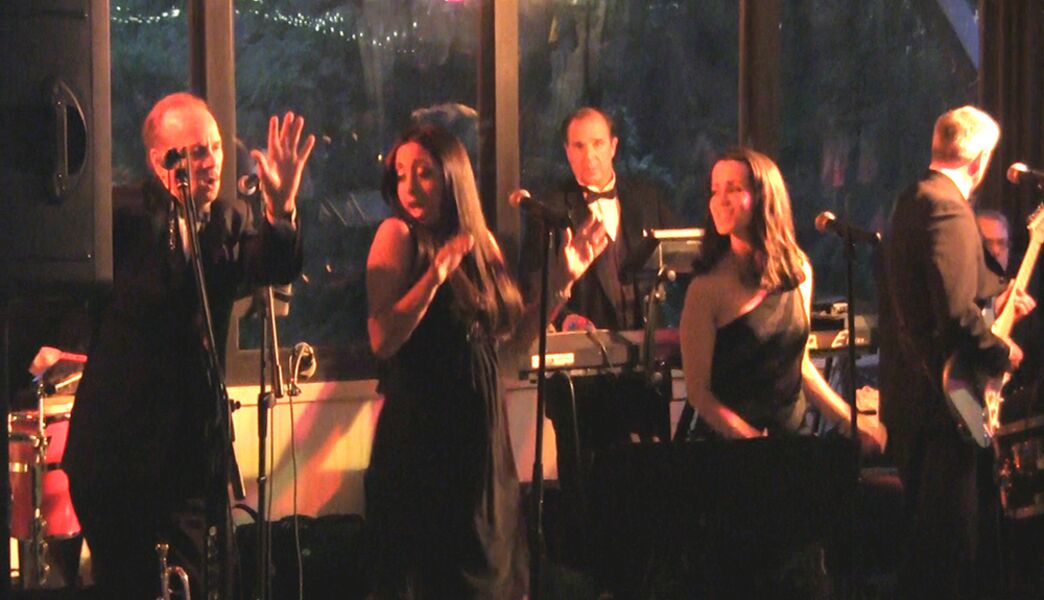 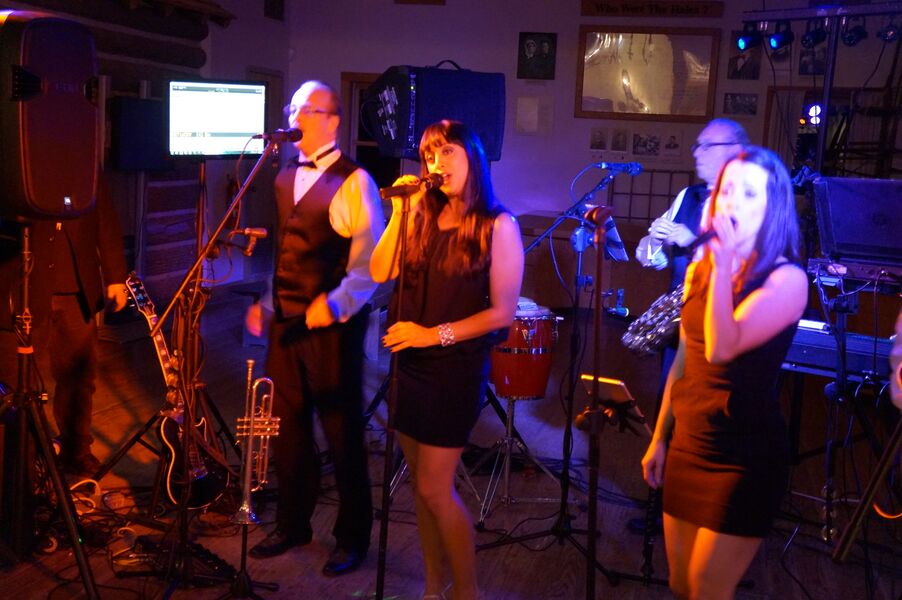 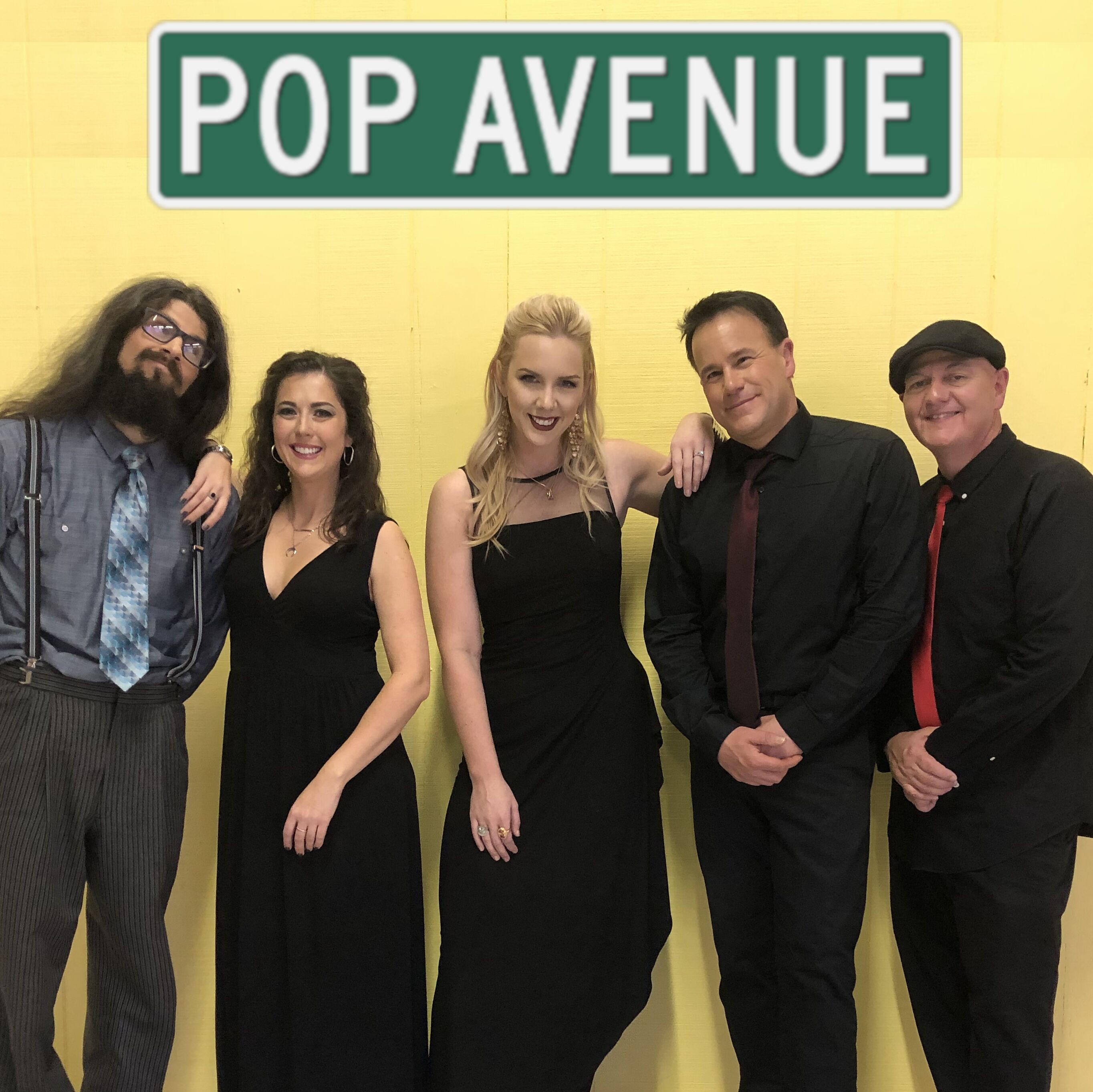