Magician from Boston, MA - Will travel up to 300 miles
10
19 VERIFIED BOOKINGS
MEMBER SINCE 2016
ACCEPTS ONLINE PAYMENTS
$250 - $5000 per event
ACCEPTS ONLINE PAYMENTS
VIRTUAL SERVICES OFFERED
Chris Herrick is on his path to crafting his own unique brand of magic. His style is one of a kind, and his magic is far from classical. Chris performs what seem to be miracles with everyday objects and his simple yet unique magic has taken him from being a local performer in his hometown of Billerica, Massachusetts in 2015 to becoming one of Boston's most sought-after magicians.

What sets Chris Herrick apart from most other magicians is the simplicity of his magic and the fact that he cracked the code on doing close-up magic on big stages. With the use of cameras he is able to perform magic with items such as Coca-Cola bottles, Orbit gum, and Tic-Tacs to large crowds. His simple, yet distinct style has helped push his magic to another level and helps him stand out from the crowd.

His social media presence has made him the talk of his hometown. In 2016 Chris began making interactive videos of his magic. He would do illusions such as making empty Coca-Cola cans magically refill themselves and making all the sticks of gum in a pack of gum disappear in a second without using camera tricks, and people online loved it. With his videos gaining tens of thousands of views on Facebook, his magic is becoming one of the most talked about topics by people in his hometown and in Boston.

“I like to keep my magic simple,” says Chris. ”That means my magic uses ordinary objects. You're not going to see lots of big magic boxes that can only be built in Las Vegas. You're going to see cans of Coca-Cola, gum, candy canes, Snickers, lemons, and playing cards at my shows… I also love to incorporate music into my magic.”

The desire to perform was engrained in him at an early age, around 8th grade. “I was extremely shy growing up, and magic helped me break out of my shell. I saw David Blaine performing on TV one day, and was like 'That looks cool, I want to do that.' So I did! Magic has helped me open up to others, and I like to incorporate a little bit of my own personal story into my shows.”

Today Chris travels around New England performing shows for private events as well as hosting his own personal magic show – “Chris Herrick's Night of Magic”. His show has been a huge success – he recently hosted the first “Night of Magic” of 2017 on January 28th and performed for a sold out crowd at the Fusion Theater in Lowell, Massachusetts.

For a kid from Billerica, Chris Herrick continues to captivate both online and in person, and the number of people he is reaching with his magic is exponentially increasing every month. He is thankful daily for a family who has encouraged him on this journey and is excited to continue to make people laugh, smile and sometimes gasp, and he looks forward to gathering in a new generation of magic lovers.

Chris did an assembly for grades k thru 2. Students really enjoyed his show.

Chris was so accommodating and very easy to work with. I was lucky to find him at such short notice. He was on time, communicative, professional, and great with the kids. I was very grateful to have him entertain the kids for over an hour! We had varying age groups, and he had their full attention. My mother-in-law expressed to me she was in awe of his ability to remember everyone's names. Not everyone would take the time to do that, and he did that, which showed he cared. He was fully engaged in the show and truly looked as though he was having fun right along with the kids. I would highly recommend Chris! 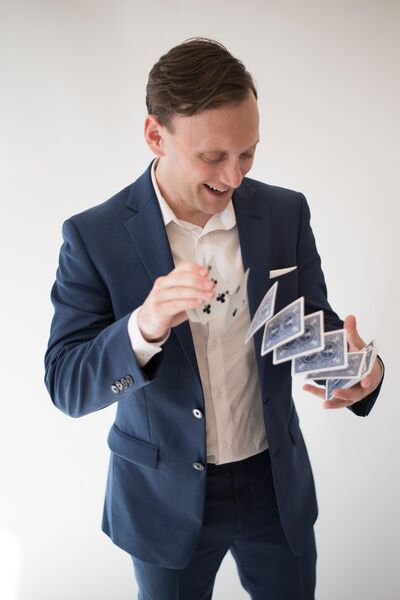 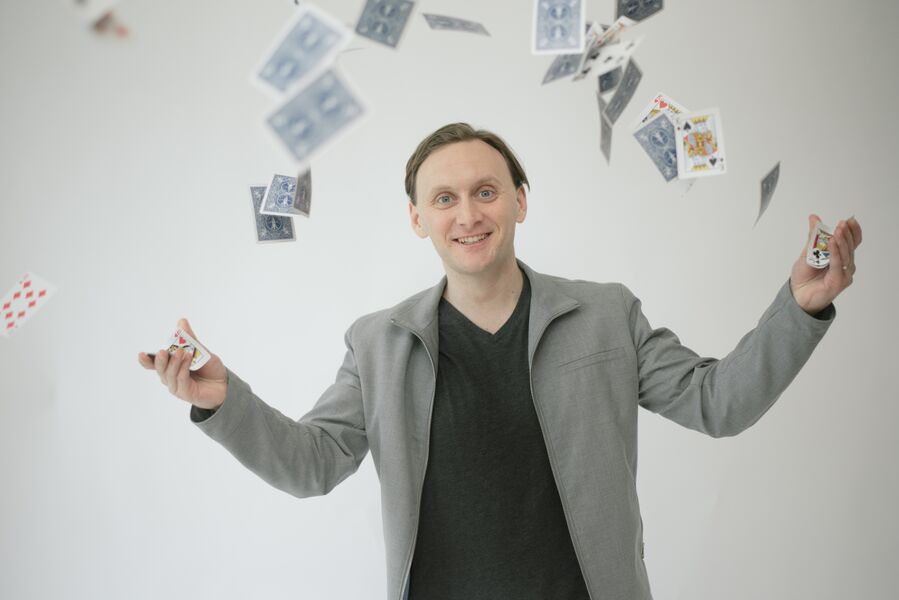 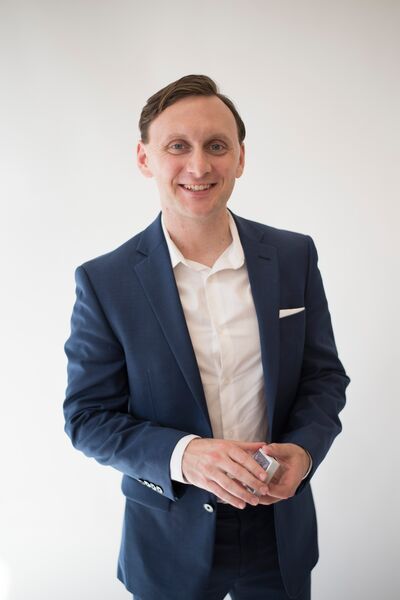 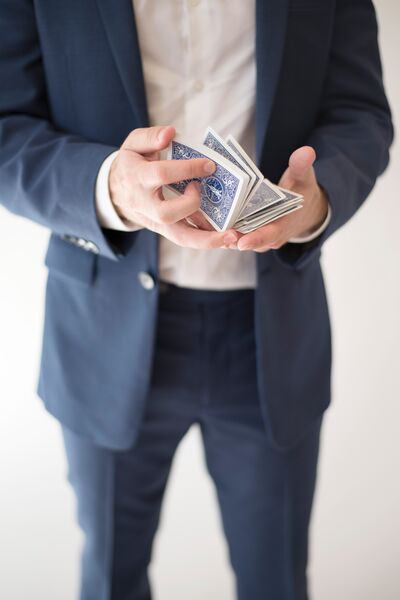 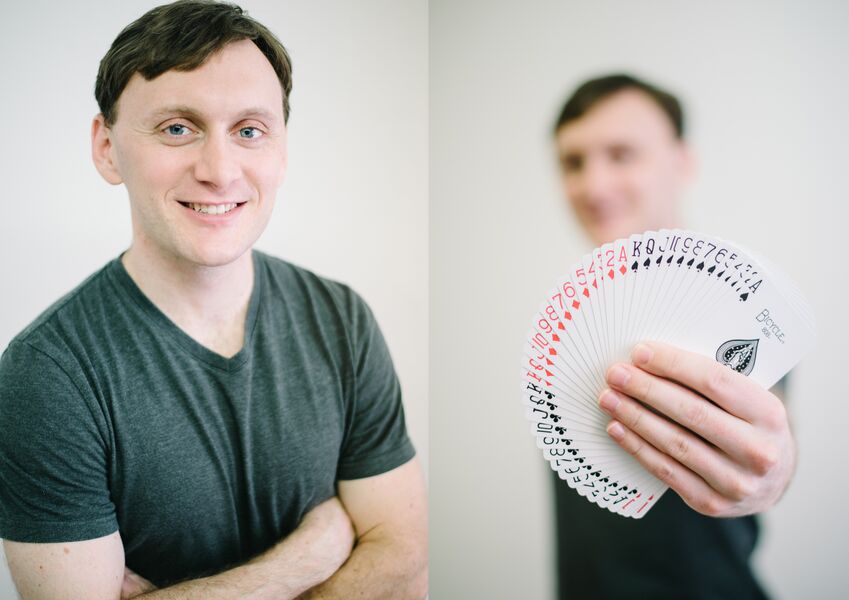 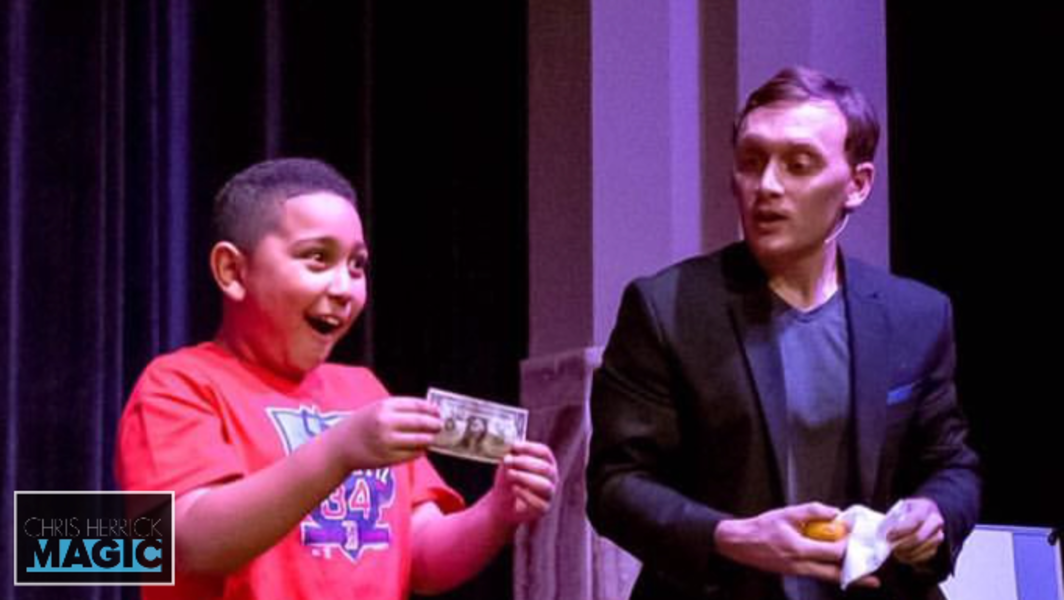 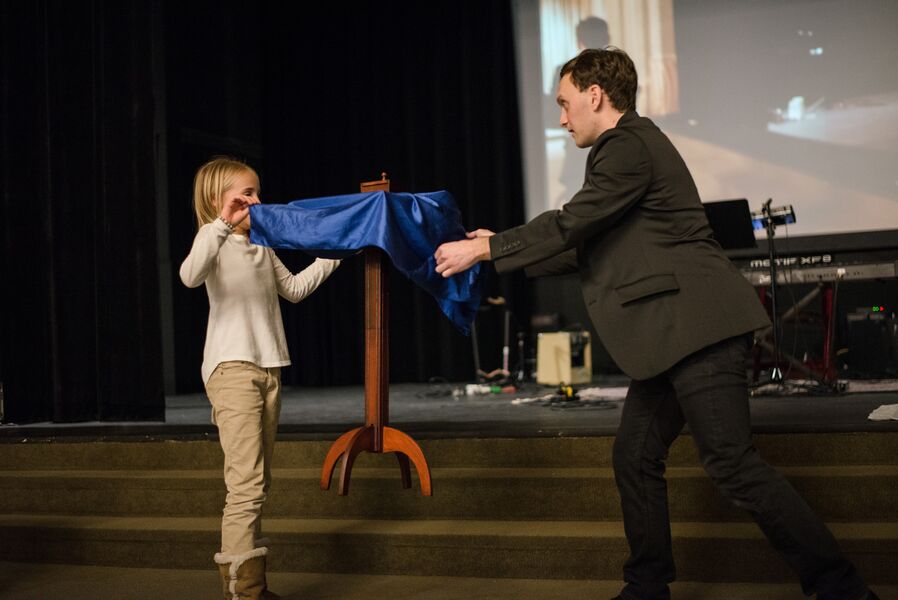 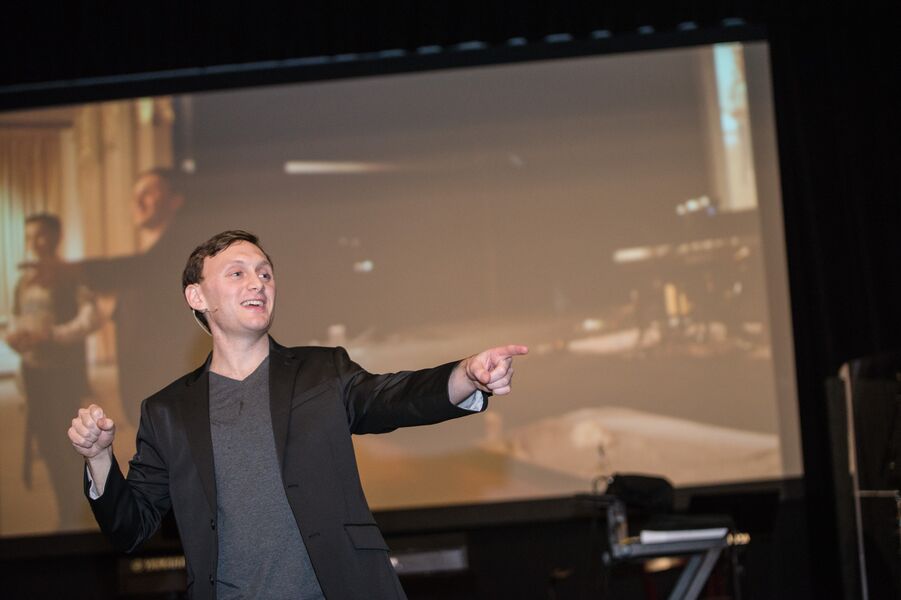 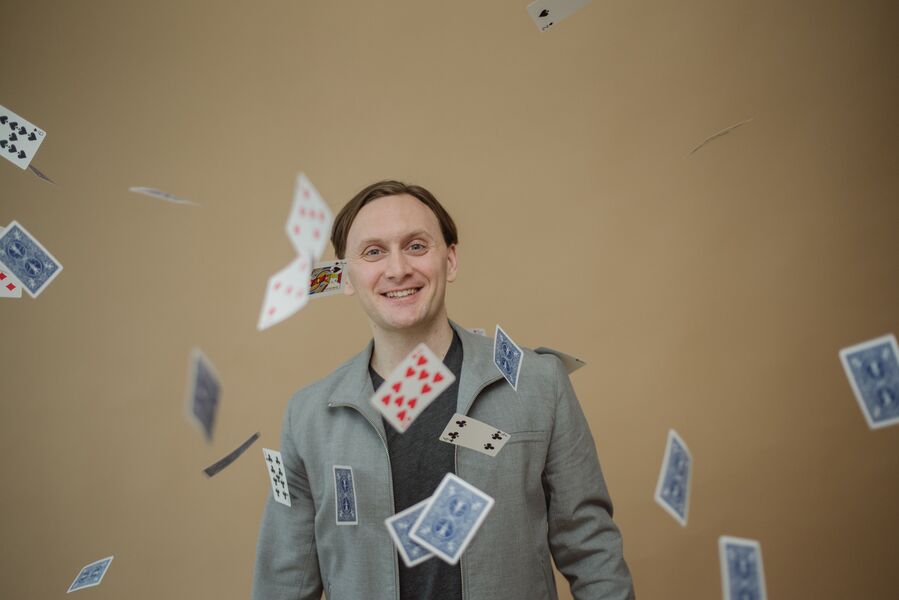 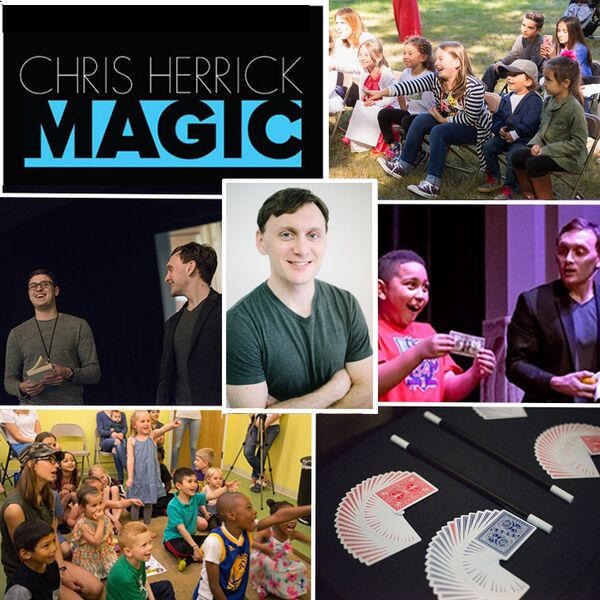 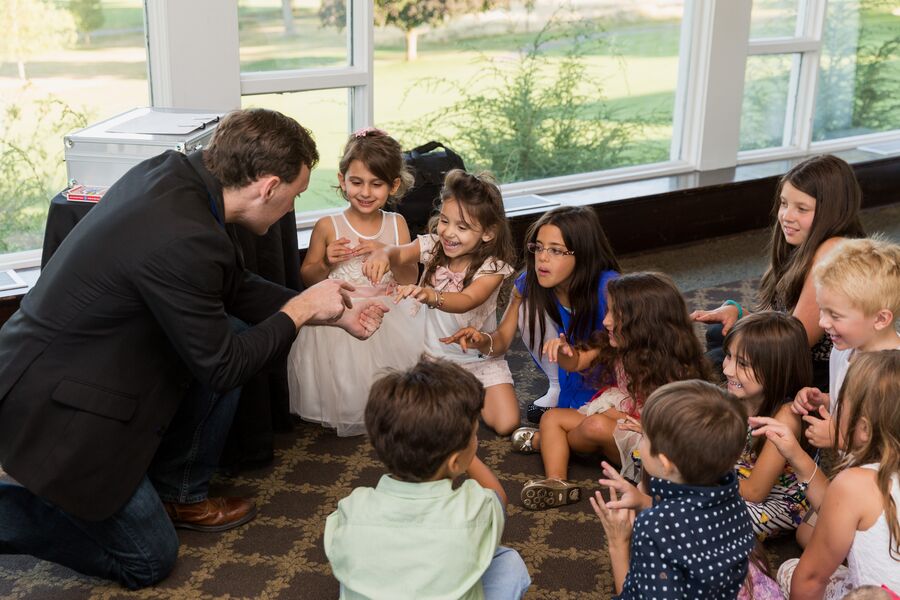 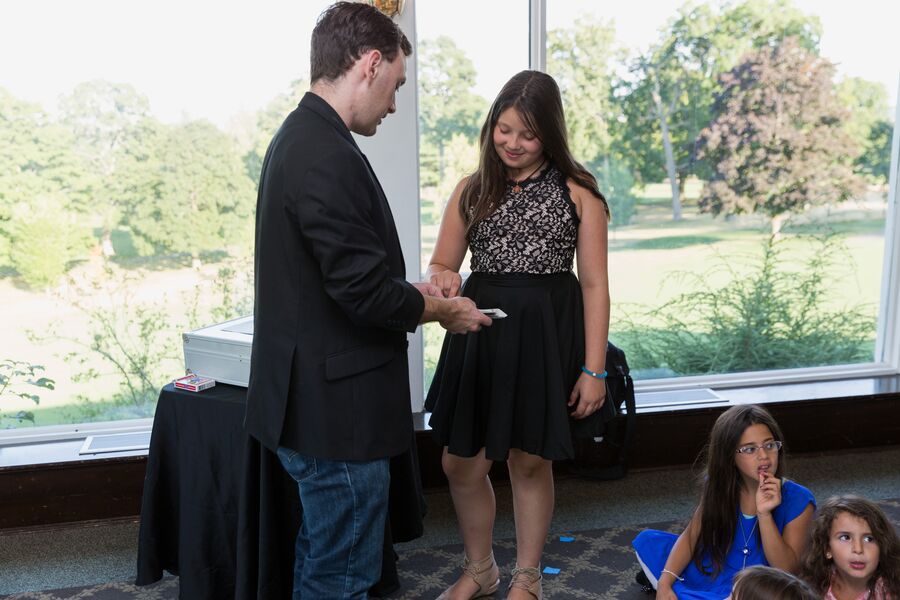 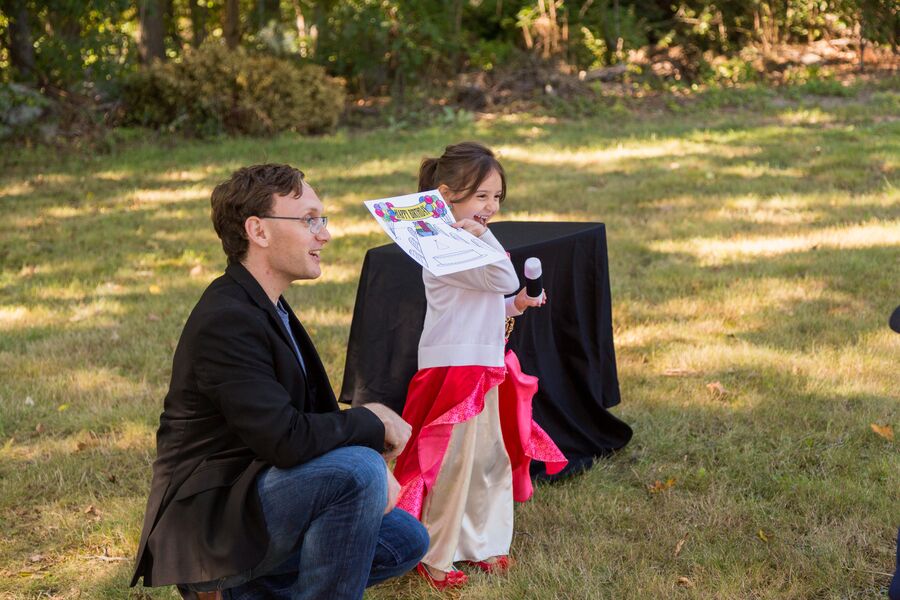 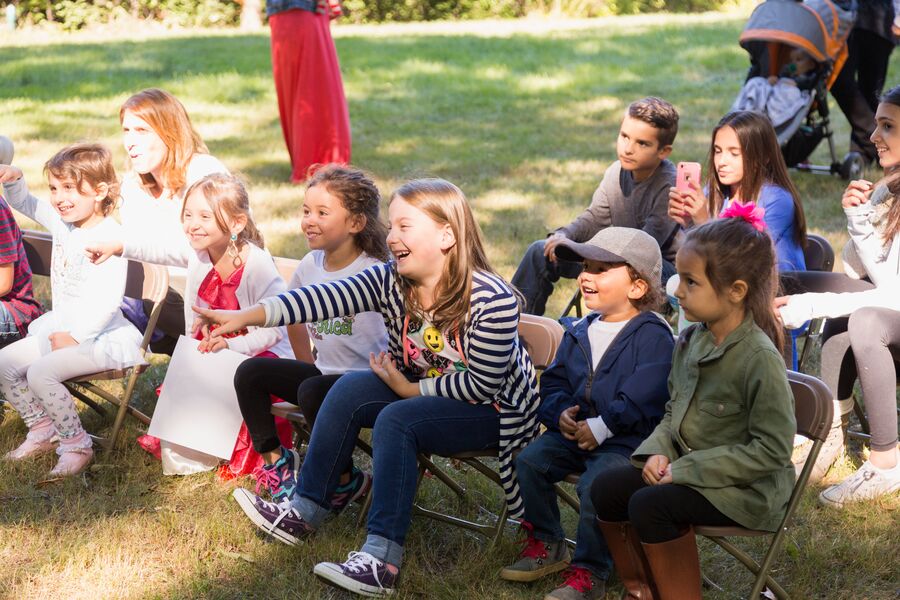 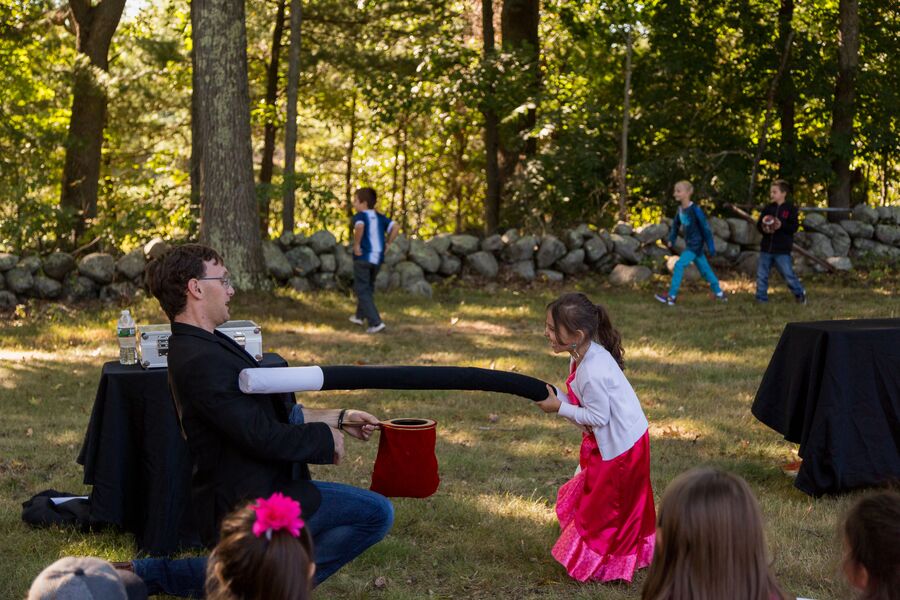 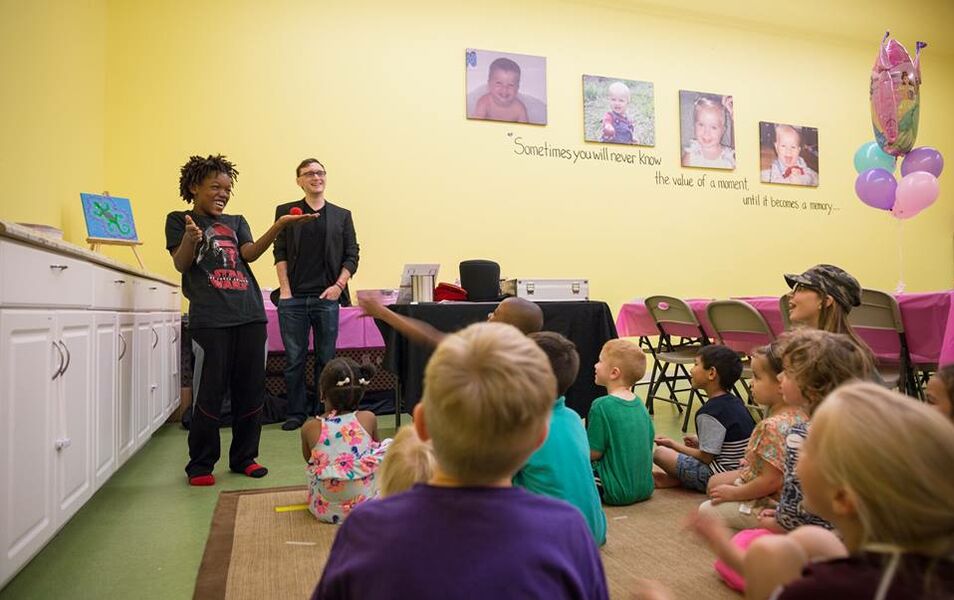 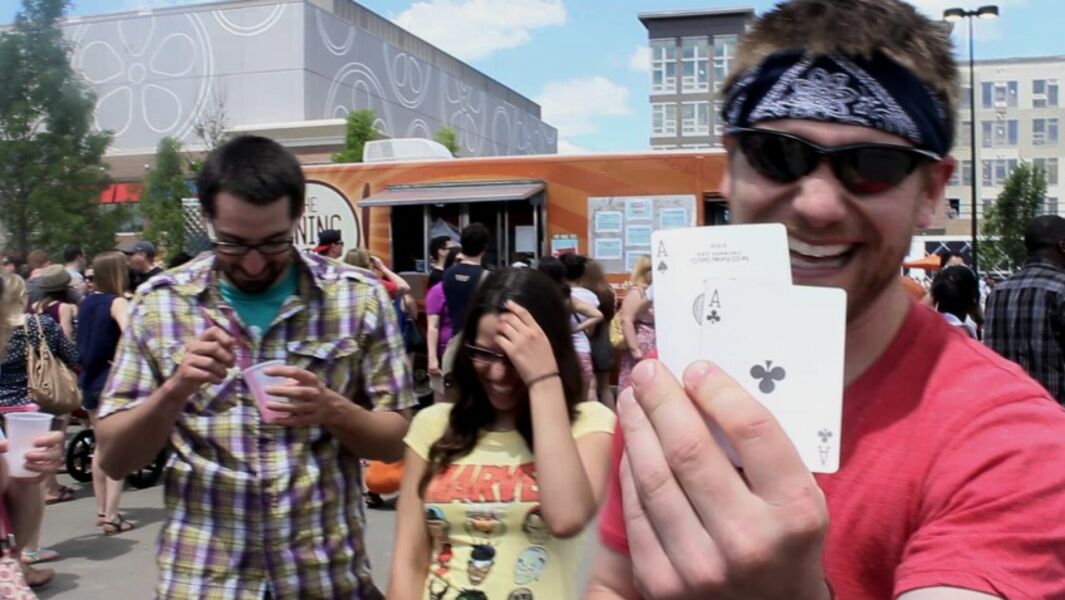 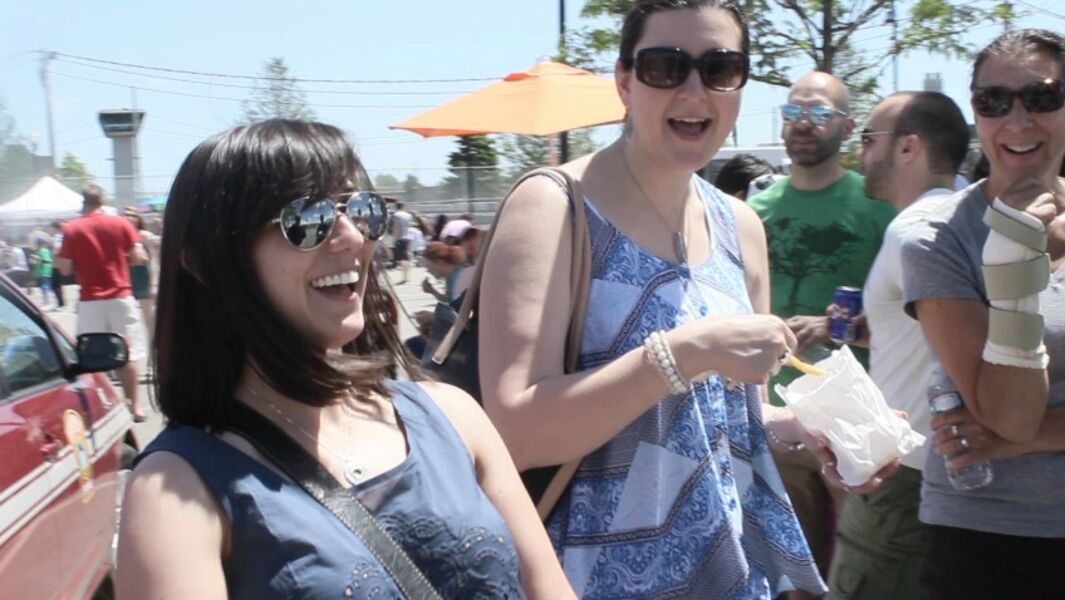