Magician from Louisville, KY - Will travel up to 500 miles
17
30 VERIFIED BOOKINGS
MEMBER SINCE 2009
$450 - $3000 per event
VIRTUAL SERVICES OFFERED
One of our Top Rated entertainers and two-time People's Choice Award winner who has performed for celebrities like Martin Scorsese, Miranda Lambert, Clay Matthews of the Green Bay Packers and many more! Recently reviewed by America's Got Talent!

As seen on Fox 41's "In the Morning" with Keith Kaiser and putting his spell on the Voice Tribune's Angie Fenton on WHAS 11's "Great Day Live!" with Terry Meiners, Darshwood uses the alluring art of magic, mind reading and hypnosis to devise hilarious and captivating shows for your special event and motivational programs your staff will NEVER forget!!!

Darshwood is a vivaciously charismatic entertainer who, since a very young age, has been warming the hearts of audiences with his delightfully animated personality and outrageous assortment of witty antics. A genuinely unique practitioner of sleight of hand artistry, magic and hypnosis - Darshwood never fails to create an unforgettable experience of thrills and wonder with each and every single performance. Only a few minutes with this charming trickster provides an experience that will be talked about for years to come!

The grandson of a Ringling Brothers, Barnum and Bailey Circus clown and nephew to a grand stage illusionist, Darshwood continues to uphold the family tradition by sharing the joys of comedy and wonder with everyone he encounters. Calling himself a postmodern magician, Darshwood has diligently studied the ancient art of prestidigitation in hopes of inspiring contemporary audiences with a cutting edge technique and sophisticated presentation, making him a hero among peers and granting him active membership among two of the craft's most distinguished fraternal orders - The International Brotherhood of Magicians and The Society of American Magicians - who recently honored him with two consecutive People's Choice Awards for Close-up Magic. He is a graduate of the McBride School of Magic and Mystery in Las Vegas and an American Alliance of Hypnotists certified practitioner who has now incorporated the dramatically impactful elements of mind reading and mesmerism to his act, Darshwood not only spends a great deal of time performing but also shares his wisdom in the trade as a consultant for other professional magicians and speaks at scholastic institutions about the relation between psychology and the art of conjuring by exposing the mind's natural tendency to be fooled by illusion. He recently appeared as an honorary delegate for the United States at INDIA Jaal, a national conference of magicians at Asia's very first Academy of Magical Sciences.


Leo Weekly says: "A sleight of hand and a trick of the eye are all Darshwood needs to entertain you for hours... bringing clever trickery to the center stage."

"When you need an act that hits on all cylinders, Darshwood is the man! Incredible magic, intelligent humor, and creative thinking plots him above all the rest. A fantastic entertainer!" – Dennis Alm of Dennis Alm Productions, Talent Coordinator for Comedy Caravan

Our guests at our annual Christmas party had a wonderful time. Richard Darshwood was very accommodating and entertained everyone from the beginning of the event to the end. I really liked that he went to individual tables before dinner doing various card and magic tricks. I felt this helped relax people and set the stage for a great show!

Richard Darshwood truly is a charmer. We got more than we anticipated by hiring him. His engagement with our staff and team members was remarkable and he was extremely professional throughout the entire affair - from the moment we first spoke about the event to the very end of his performance and after. He stayed with us the whole night and continued to entertain guests in the most intimate manner. Everyone simply loved him! We're still talking about his show!!! How on earth did he get that dollar int he lemon!?!?!

It was a true pleasure working with Richard Darshwood on this event. This was for an employee appreciation dinner event that included spouses and some children. Richard's talent and the way he engaged the audience was fantastic. He customized the show to the audience and circumstances. Two thumbs up and we will look forward to perhaps having him return at some point in the future. Thanks a million Richard! John Riley, Spencer County Judge Executive, Taylorsville, Kentucky

John, I was so happy to have been selected for your event. It was truly an honor and a joy helping you share your appreciation to the employees of Spencer County and I'm so glad that it was such a success. Looking forward to the next time our paths cross. 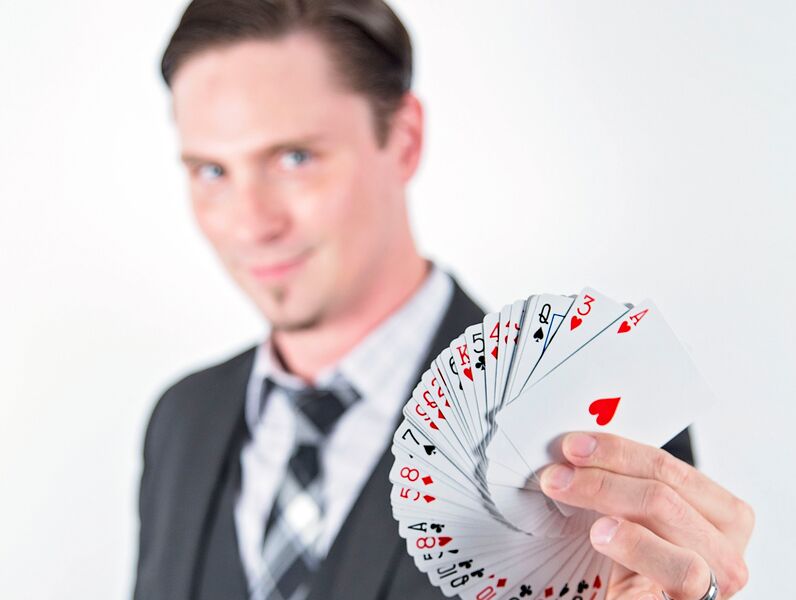 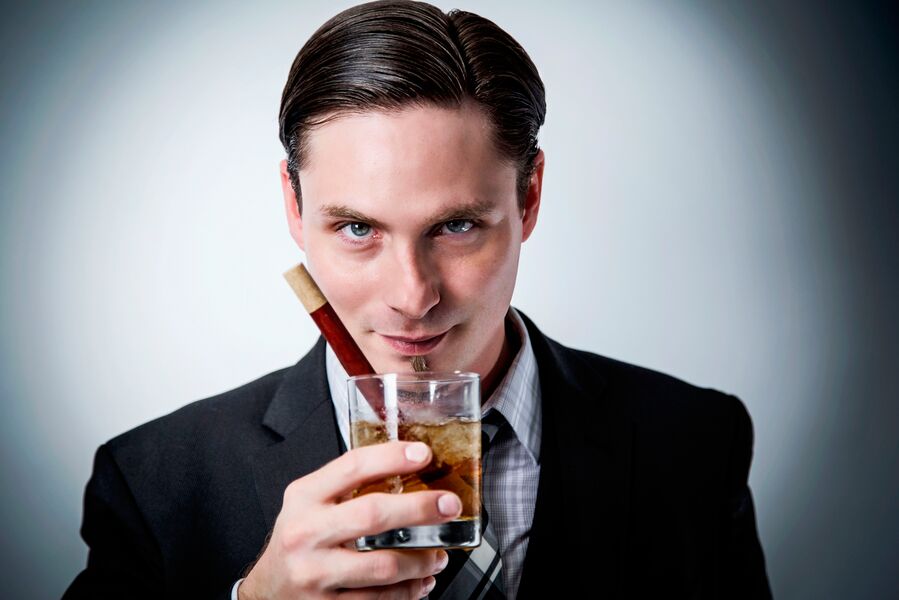 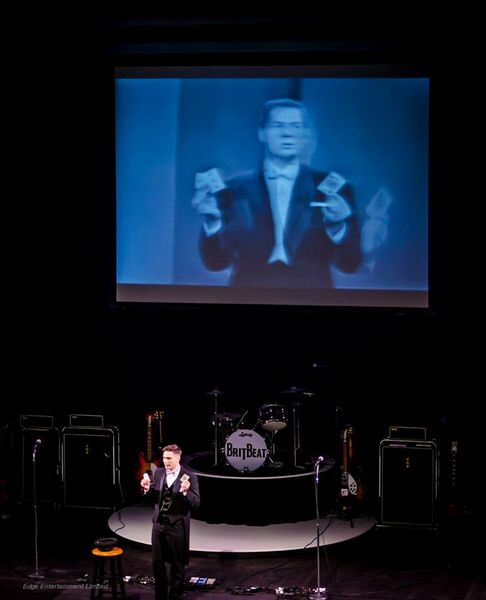 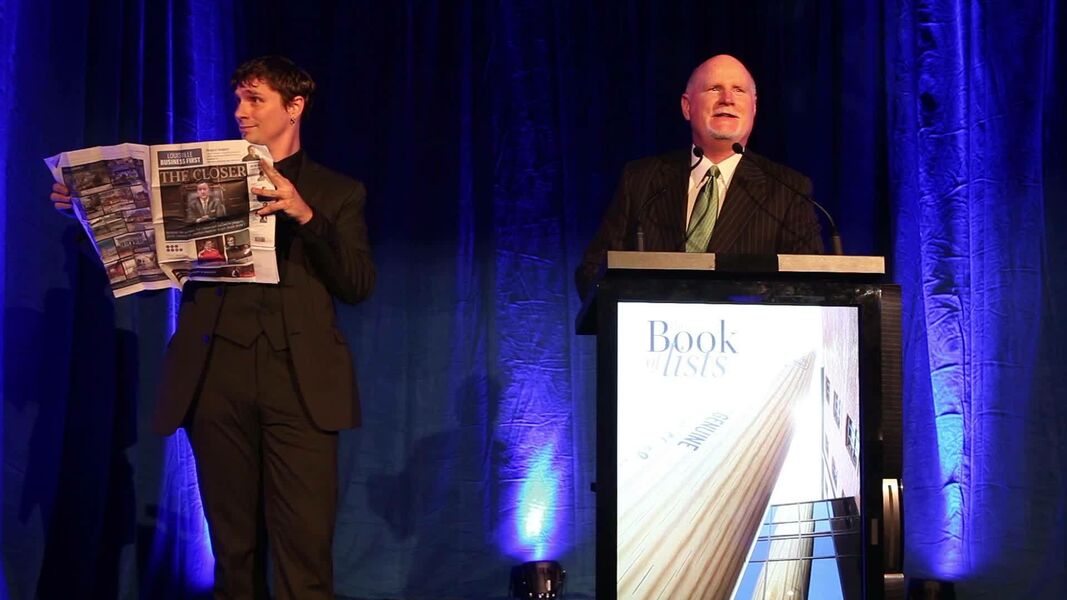 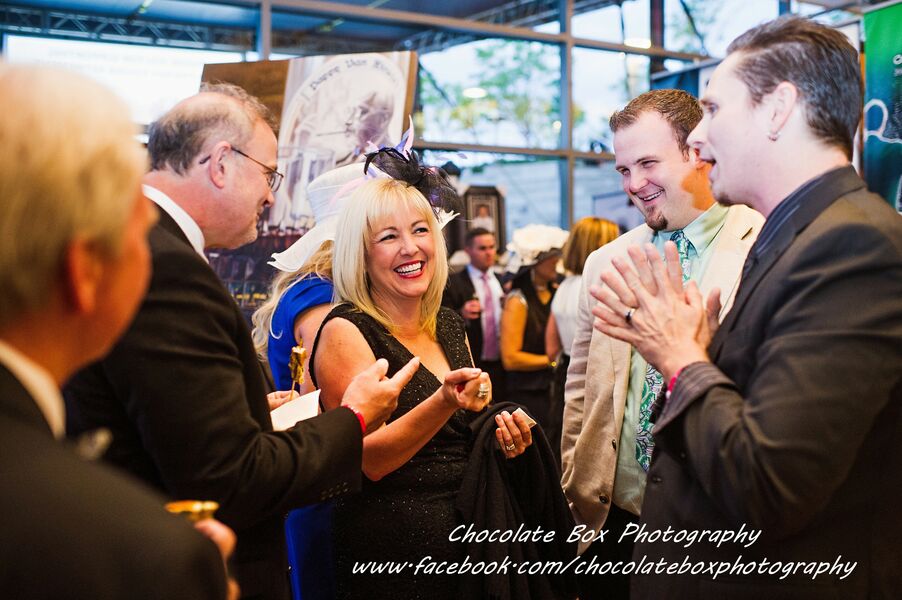 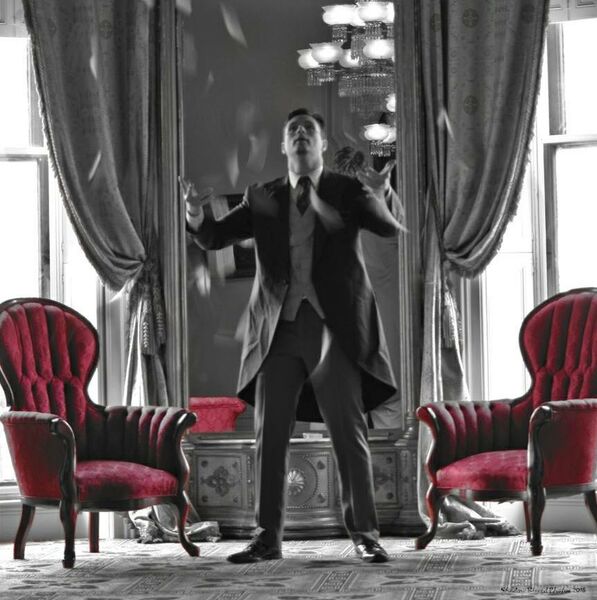 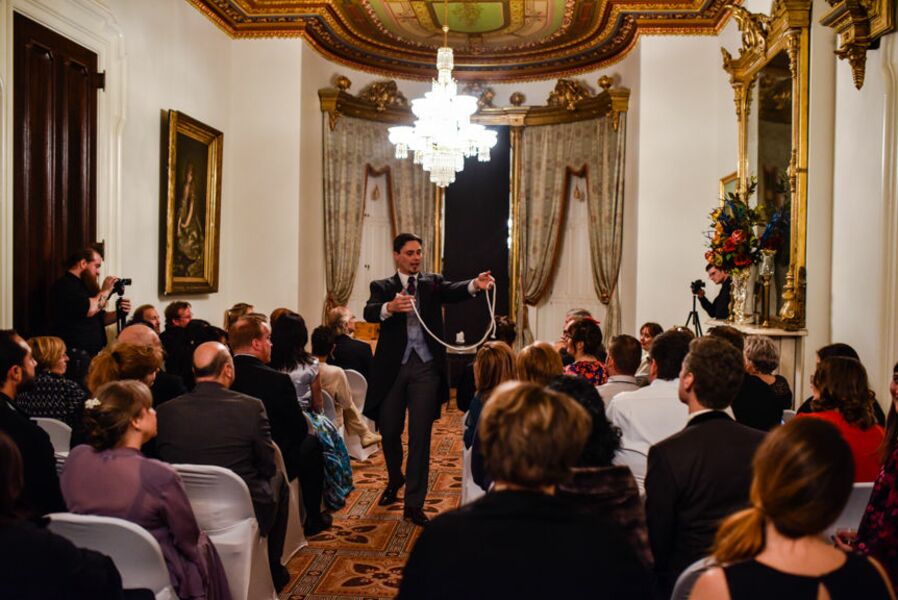 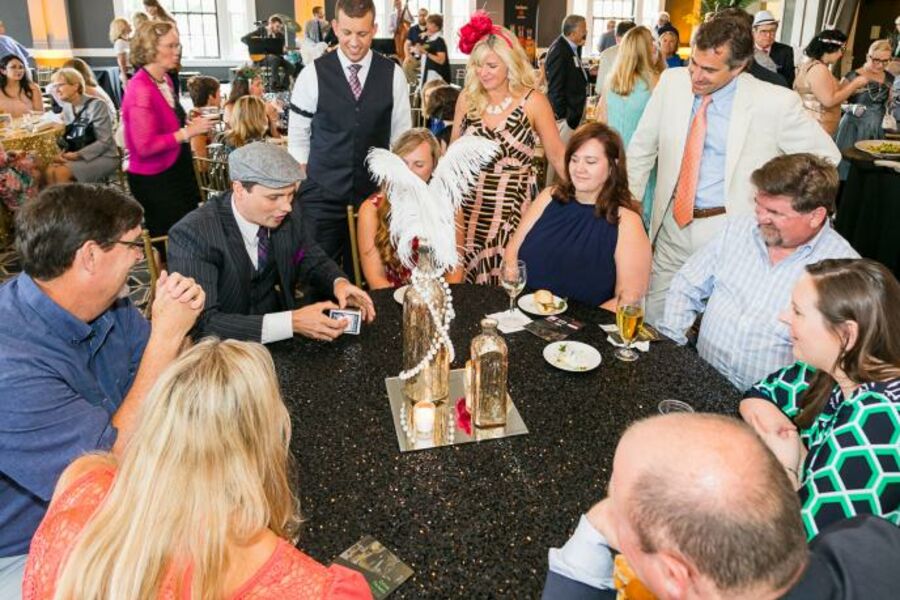 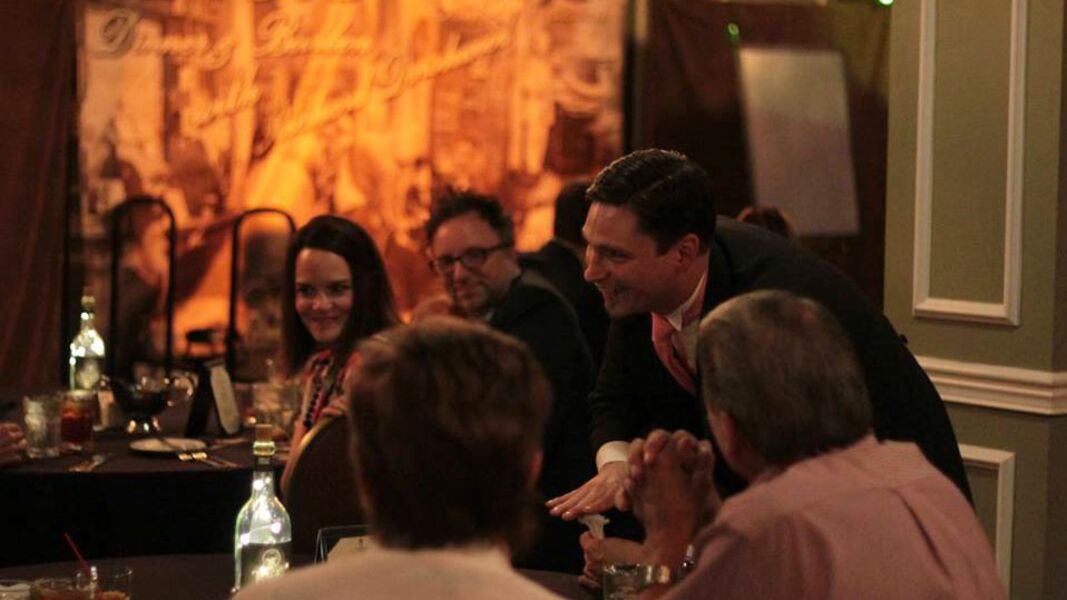 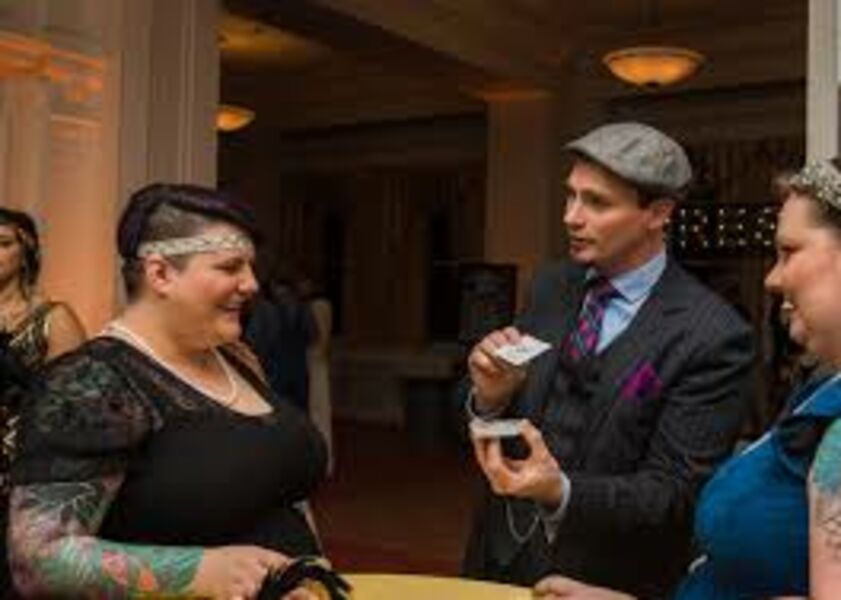