Comedy Magician from Jacksonville, FL - Will travel up to 500 miles
9
14 VERIFIED BOOKINGS
MEMBER SINCE 2008
ACCEPTS ONLINE PAYMENTS
$400 - $5000 per event
ACCEPTS ONLINE PAYMENTS
DO YOU WANT AND EVENT THAT EVERYONE WILL REMEMBER? Award winning Comedy Magician Mark Alan has been providing professional comedy magical entertainment for 25 years! Mark has never met an audience he didn't like. Marks shows are FAST, FUNNY, CLEAN and FILLED with audience interaction and he smells good too! Mark's fast paced high energy Las Vegas style comedy magic show has made him one of the funniest and most sought after comedy magicians, his unique combination of comedy and magic, audience participation and his ability to relate to all ages makes his show a must see. Whether he is performing his hysterical club act, providing entertainment at family and children's events, corporate events, strolling among guests at a party, or acting as master of ceremonies, Mark Alan's audiences always have a fantastic and memorable experience.
" You won't be sorry I guarantee it."


What Mark's clients have to say:

"Mark is a fabulous magician and comic. Everyone loves his show!"
Jackie Knight of Gypsy Comedy Club

"Mark is a real professional. He can handle any audience and make them laugh." Jim Laquidara, booking agent

Recommend:
Gig ID#: 539119
Mark was an excellent magician, and a great comedian. He made my 50th party one to remember. All our frinds are raving about the great night we had. My husband and I have no hesitation in recommending Mark to anyone for any occasion. Thanks Mark.

"I just saw an act called The Comedy Magic of Mark Alan. This guy is really great and would be a great addition to any Corporate Event.
I usually don't recommend acts and I don't even know Mark Alan other than I've seen his act today. You would be well served to send him an email and get his promo package.
Barry K., EZ Street Band

"You were absolutely amazing! You were worth every penny!"
Barbara G. 50th Birthday Party

"You were fantastic everyone loved your show" Thanks for making this rainy night the best
party we ever had! And I'm quoting all of our neighbors.
Rosemarie M. Southwood Homeowners Assn.
(more)

Mark was "on the mark" with his professionalism and talent. He mingled well with our staff prior to his show and utilized those relationships to integrate them into his performance. A good time was had by all. Thanks Mark

Mark's show was very entertaining and kept us amused and laughing all the time. It was perfect for kids as for adults as our event involved all ages from 4 years old kids to elderly people in their 70s. I would definitely recommend Mark for any event you have in mind.

Mark Alan was a professional. He followed up via email a few days before the event to confirm, he was on time, everyone enjoy his magic and comedy. The children especially. Thank you for providing us with Mark. 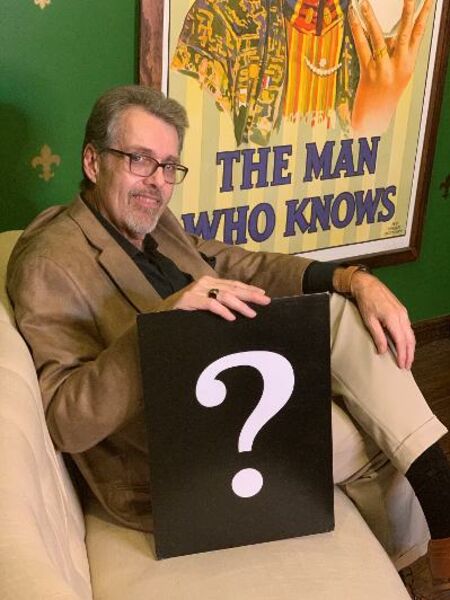 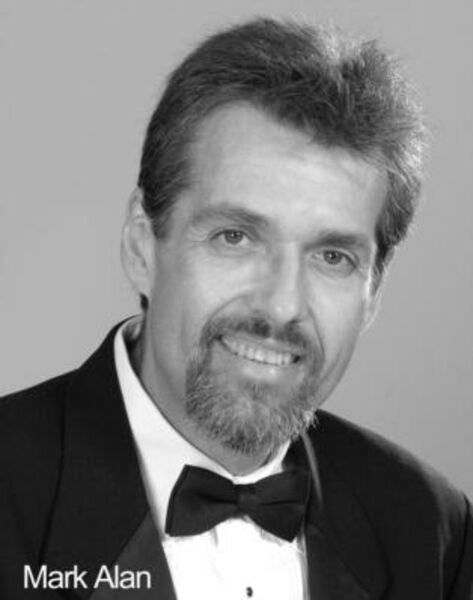 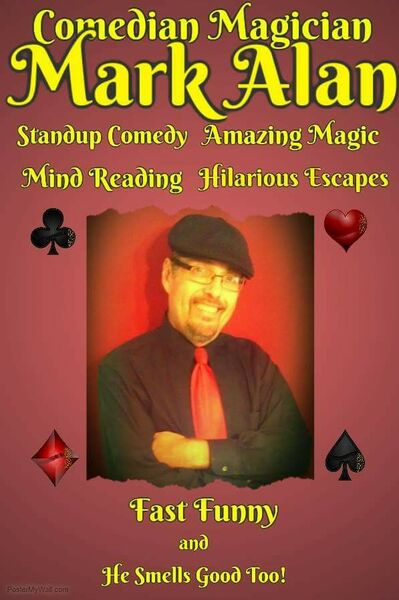 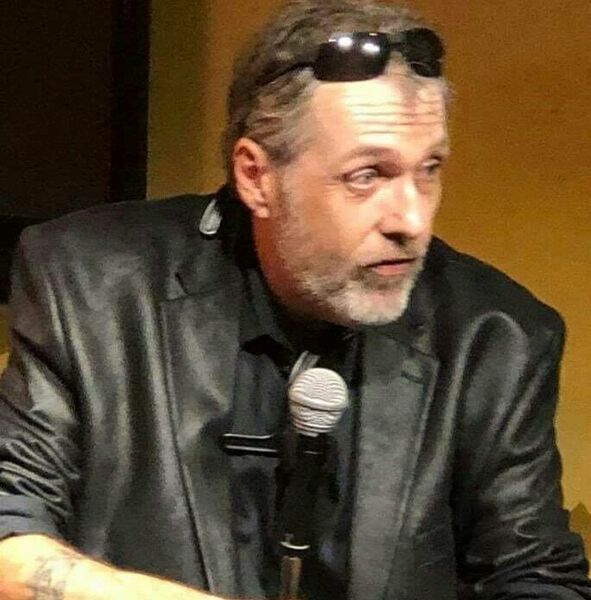 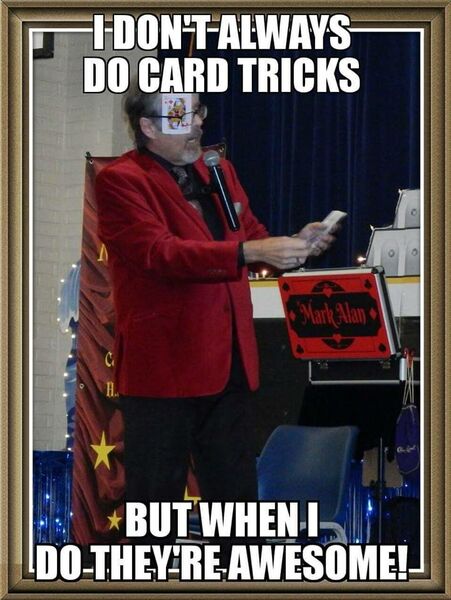 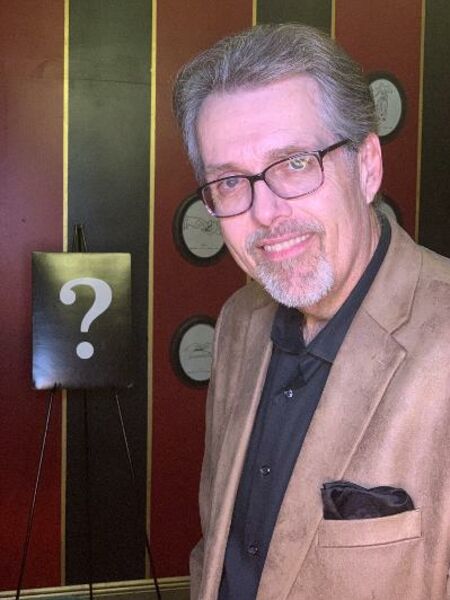 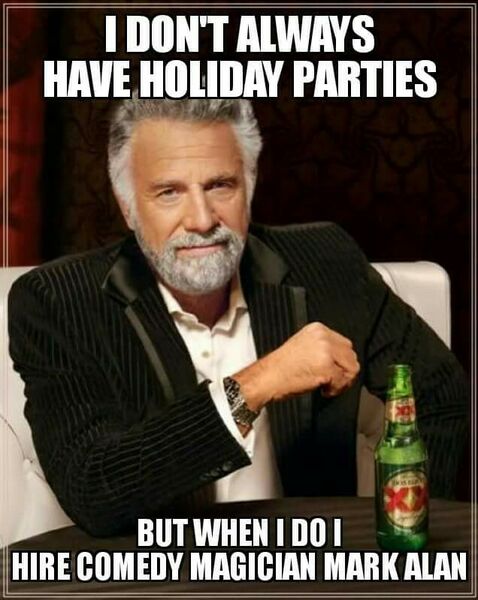 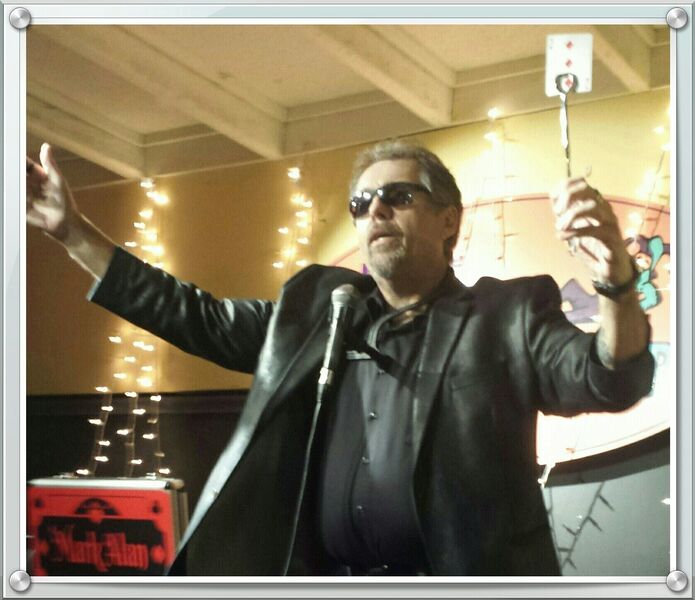 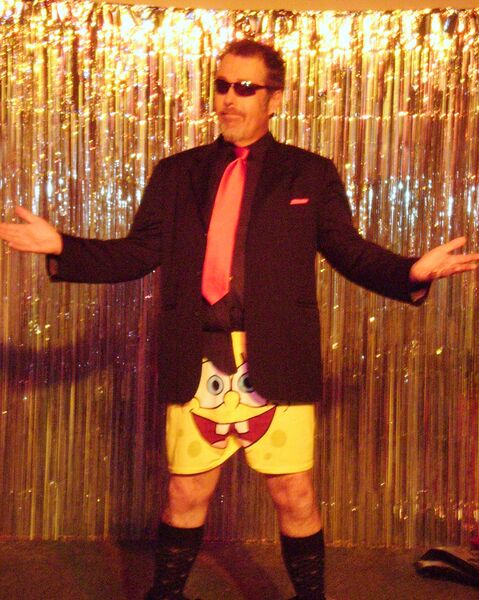 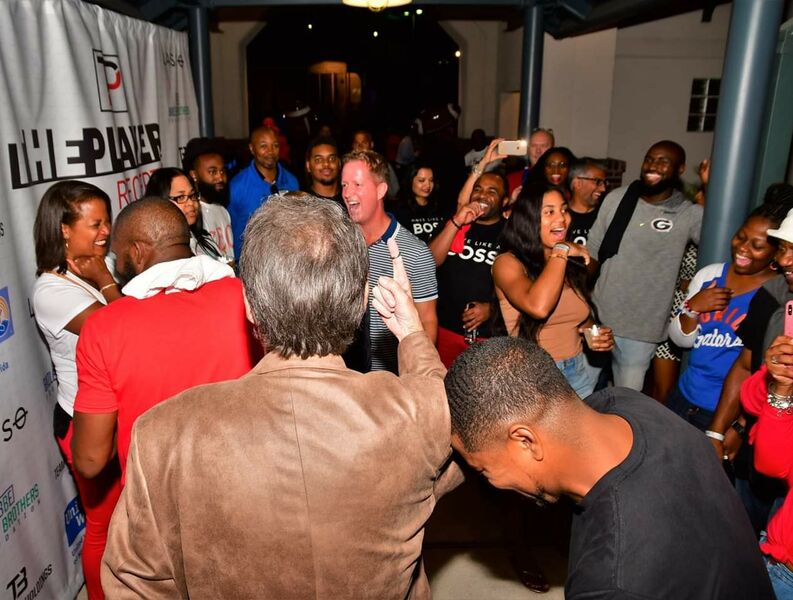 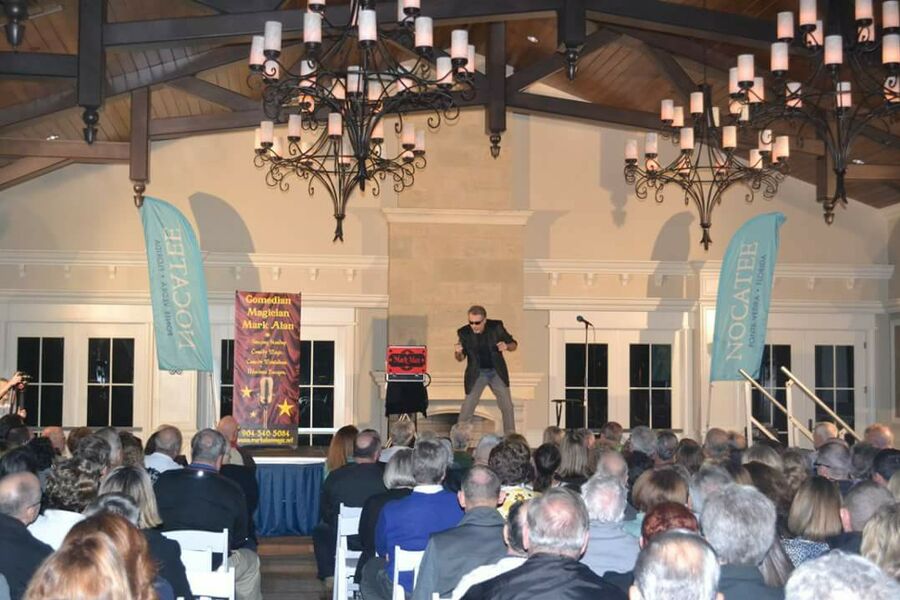 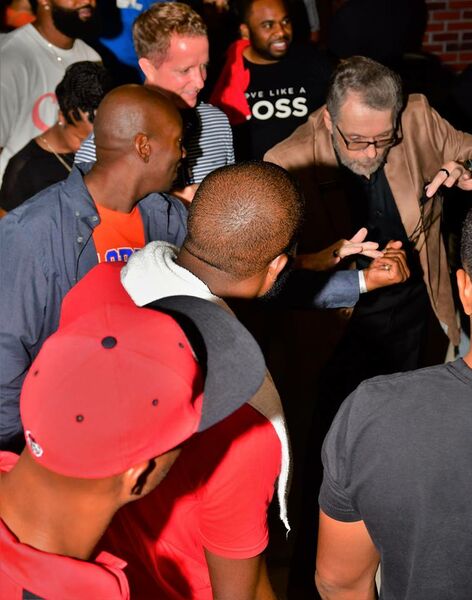 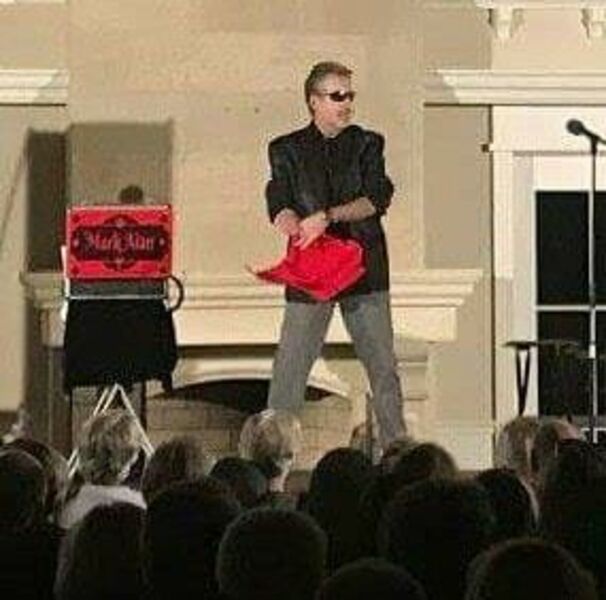 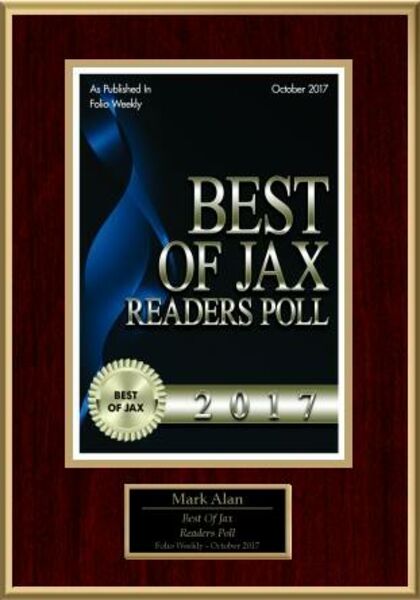 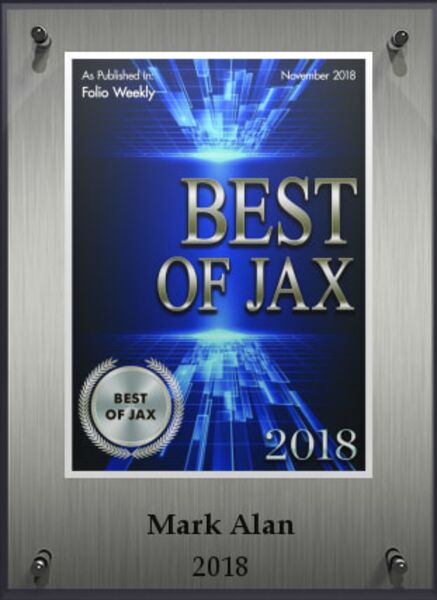 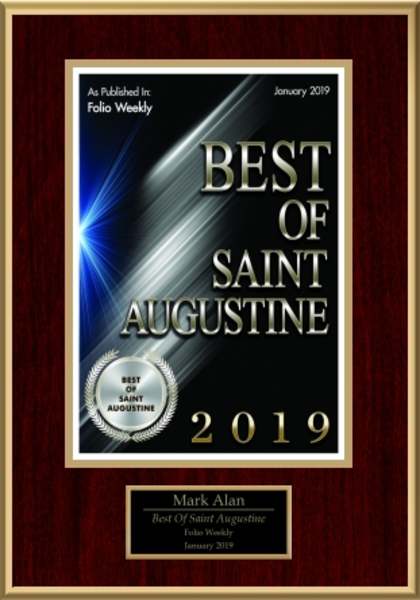 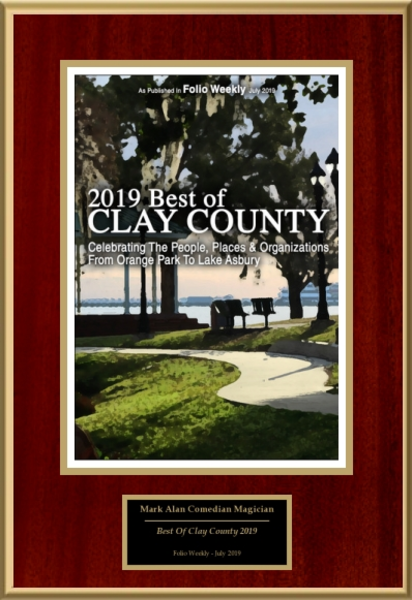