Magician from Hollywood, CA - Will travel up to 500 miles
31
44 VERIFIED BOOKINGS
MEMBER SINCE 2010
ACCEPTS ONLINE PAYMENTS
$250 - $2500 per event
ACCEPTS ONLINE PAYMENTS
Twice voted “Parlour Magician of the Year” by the Magic Castle in Hollywood, Tom Ogden brings 35 years of comedy and magic experience to program. Jason Alexander of “Seinfeld” says, “If I were hosting an event, the first name out of my Rolodex would be Tom Ogden.”

Having Tom at your event guarantees the audience will laugh, feel happier—AND thank the event planner as the hero of the day!

It's no wonder President Ronald Reagan invited Tom to perform at his 81st birthday celebration. Afterward, President Reagan wrote Tom a personal note: “You are a great magician. I just wish I could make things disappear like you do. I could have used that trick on a few people in Washington.”

Tom Ogden has opened for such headliners as Robin Williams, Billy Crystal, and The Osmonds, and he's performed for celebrities from Tony Danza to Johnny Depp. Tom has appeared in Las Vegas, Atlantic City, and Lake Tahoe showrooms, and his national TV work includes appearances on “The World's Greatest Magic II” (NBC), “The Great Magic of Las Vegas” (FOX),” and even “Days of Our Lives” (NBC), as well as numerous commercials.

Hundreds of the top businesses and organizations (including Disney, Sears, The American Heart Association, Pepsi, KFC, the Xerox Corporation, and many more) have booked Tom Ogden time and again to entertain and inspire their people.

You don't have to be a Fortune 500 company to enjoy Tom Ogden's act, however. Tom is now available for available for private functions as well, from parties and after-dinner shows to country club and hotel functions.

Not only is Tom Ogden's clean family-friendly comedy hysterically funny, his magic will truly amaze you. And he personally customizes every performance so that it's tailor-made for your special occasion.

Now is the time to make the impossible possible and the humdrum hilarious by scheduling the magic and comedy of Tom Ogden for your next event!

We loved the combination of humor and magic and the way he worked the audience into the presentation. -- Brian Gardner, General Dynamics

We found a gold mine in Tom! I can't say enough positive things about how well it went. He amazed the audience with his wit, delivery and illusions! -- Amy Gaughan, QAD Software Inc.

Great! I had all kinds of calls the morning after saying how much they liked it. -- KaRon Warner-Dukes, Lockheed Aircraft Company

Excellent! The crowd was very enthusiastic and the feedback was quite positive. -- Diane Cooper, American Heart Association

Tom definitely exceeded all expectations. He has a true spirit of cooperation and is a real pro! -- John Goodrum, Point Loma Credit Union

The audience was captivated by his professionalism and expertise…extremely easy to do business with…I would not hesitate to use his services again. -- Lynda Phelps, Pacific Bell

Unbelievable! He outdid himself. Everyone LOVED him. Fantastic. We would rate him off the scale! -- Steve Marks, Carquest Auto Parts

The group enjoyed it to the utmost. Your name will be on my list for future planning. -- Bill Litton, I.A.R.W.

He was fantastic! We give him a top-notch rating! -- Bob Veit, United Stores, Inc.

A magician of high stature, with a comic and mischievous face, who can entertain all types of audiences -- La Opinión newspaper

It is rare to find an individual with the versatility, the technical ability, the professional presentation and comedy ability of Tom Ogden. -- Phil Willmarth, The Linking Ring magazine

Tom Ogden followed with his zany brand of comic magic, and it kept the group laughing all the time…He seems to outdo himself each time with his comedy routines-always superbly done. -- Obie O'Brien, GENII magazine

Tom Ogden was AMAZING! My husband loves magic and I wanted to have a strolling magician for his 40th birthday. Tom was better than I could have hoped for. His comedic timing kept the crowd laughing and his magic skills kept them in wonder He moved through the crowed and kept the party light and fun. Several novice magicians there at the party as guests and everyone of them commented on how skilled Tom was. One who is a member of a club at the Magic Castle said, "I know how that trick is done and I couldn't see when he executed it, he's awesome." I would HIGHLY recommend Tom Ogden!

Tom was a big hit at our company party! He dressed the part, was friendly with guests, and his magic tricks amazed the crowds! Outside of being very entertaining Tom was also very professional. He discussed the details of our event ahead of time, showed up on time (a few minutes early even!) and his performance(s) were tasteful. I would highly recommend Tom to anyone considering adding a little magic to their event!

Tom was awesome! He was the perfect fit for our occasion. He knew how to enteract with the audience, made them laugh and his magic was performed flawlessly. The client and guests were delighted. Will continue to use him in the future! Thanks Tom! Elizabeth P. 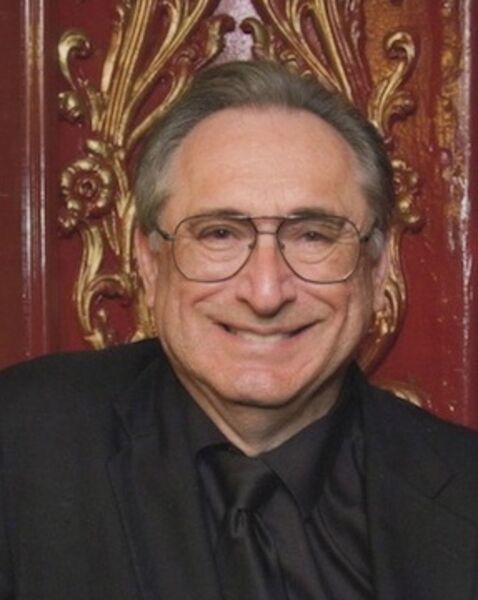 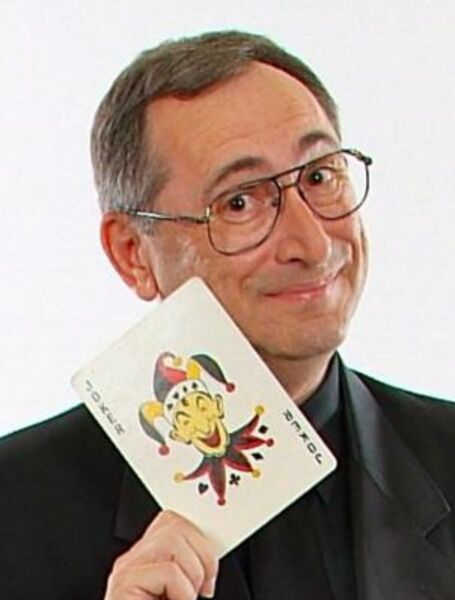 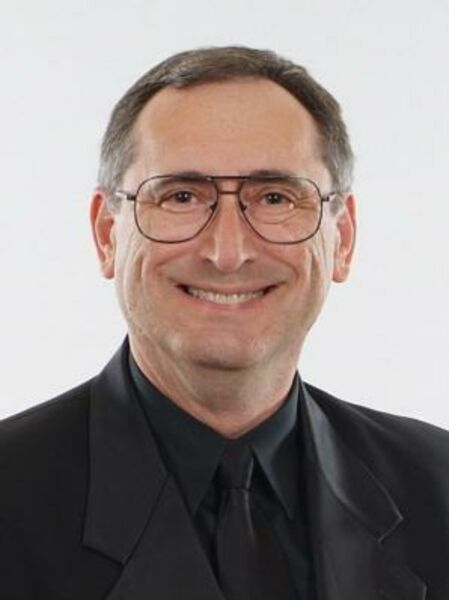 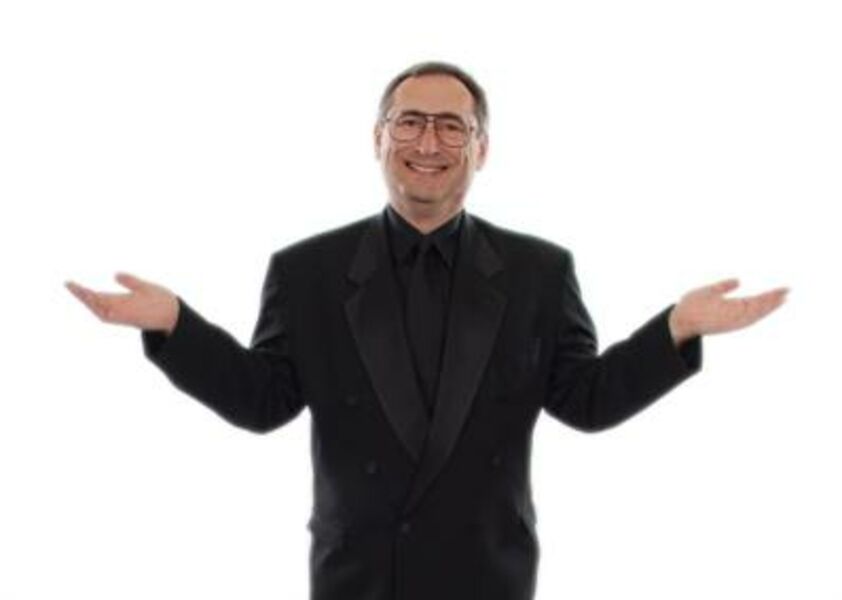 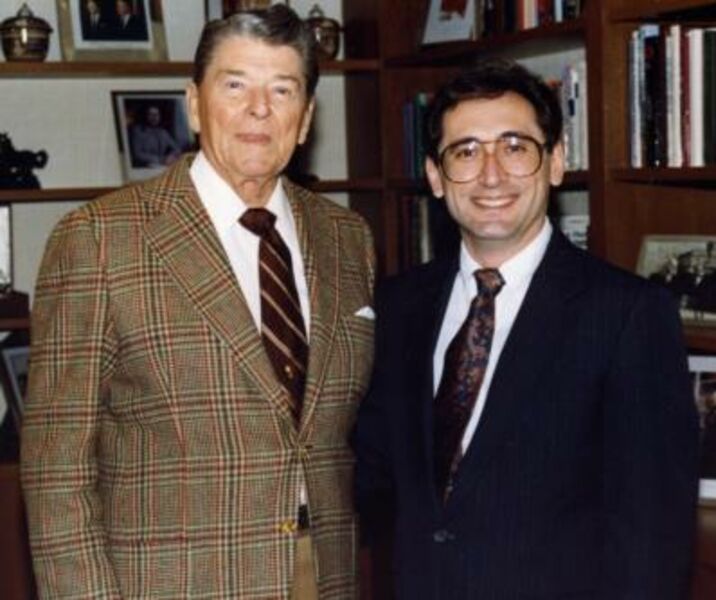 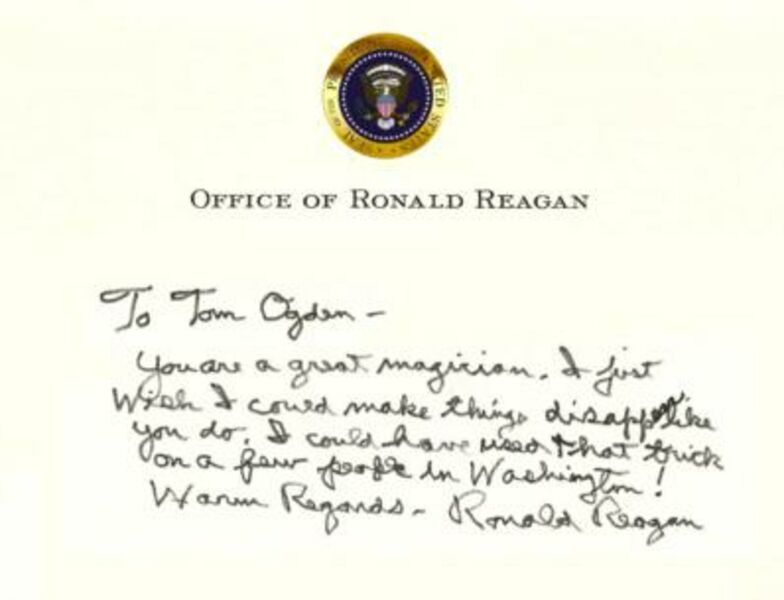 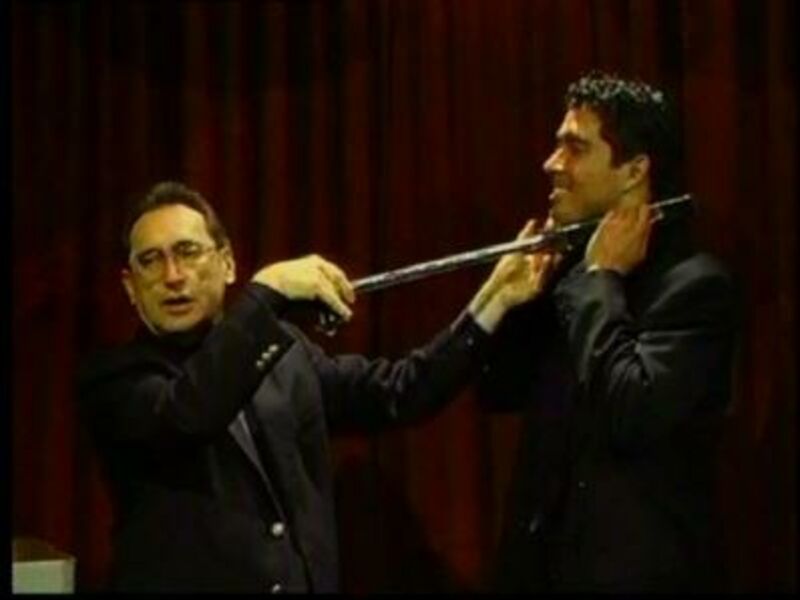 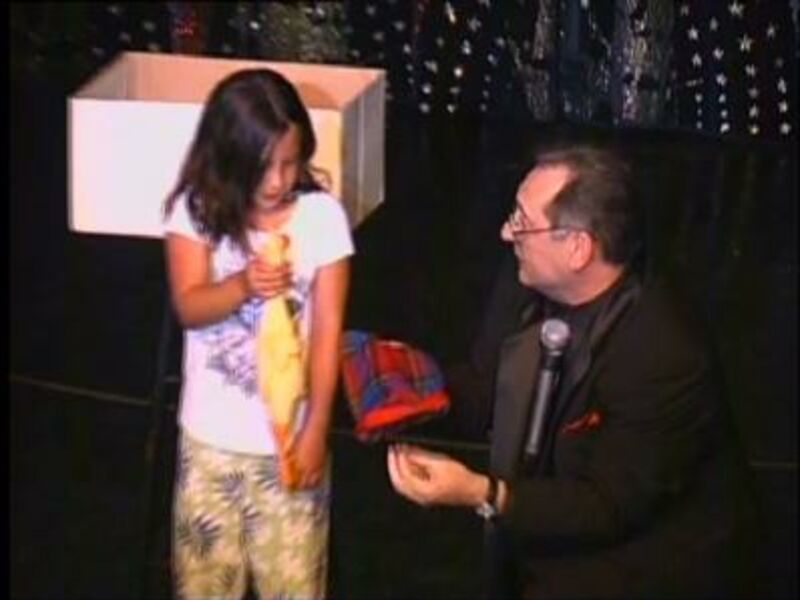 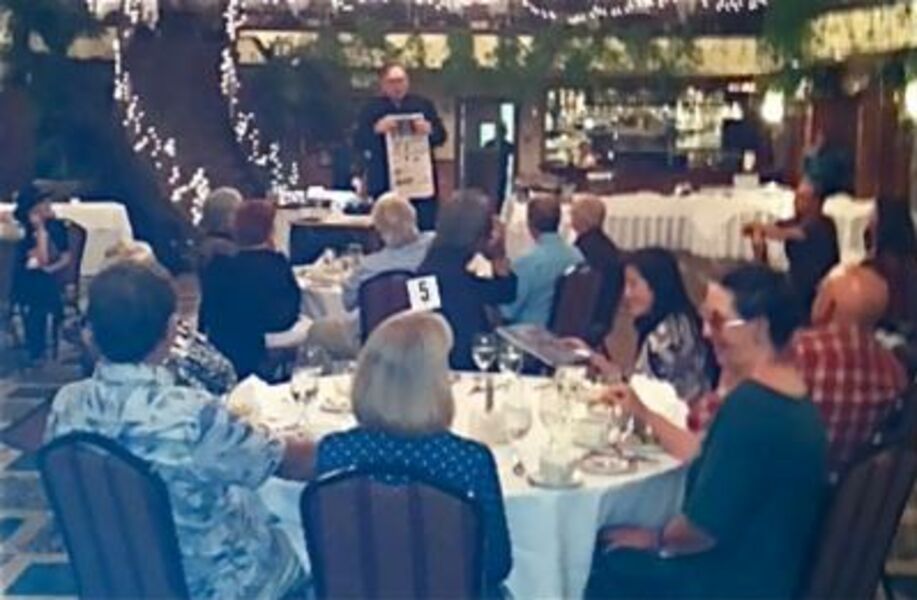 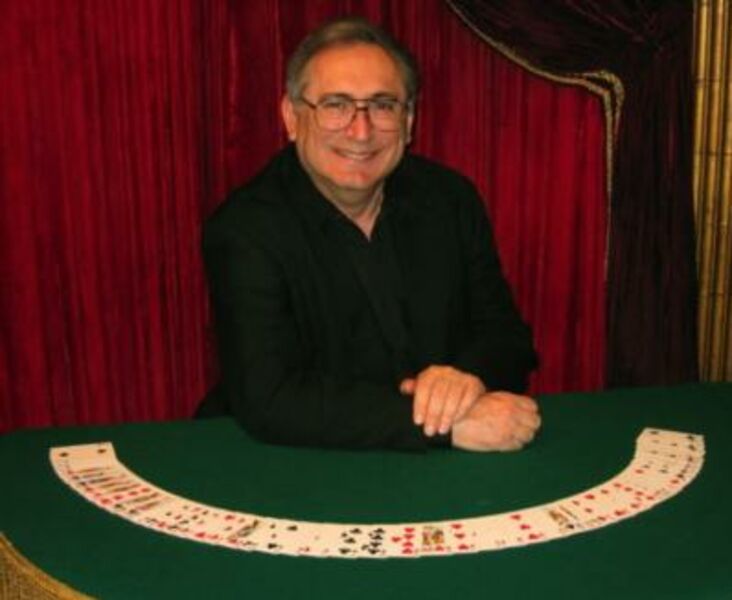 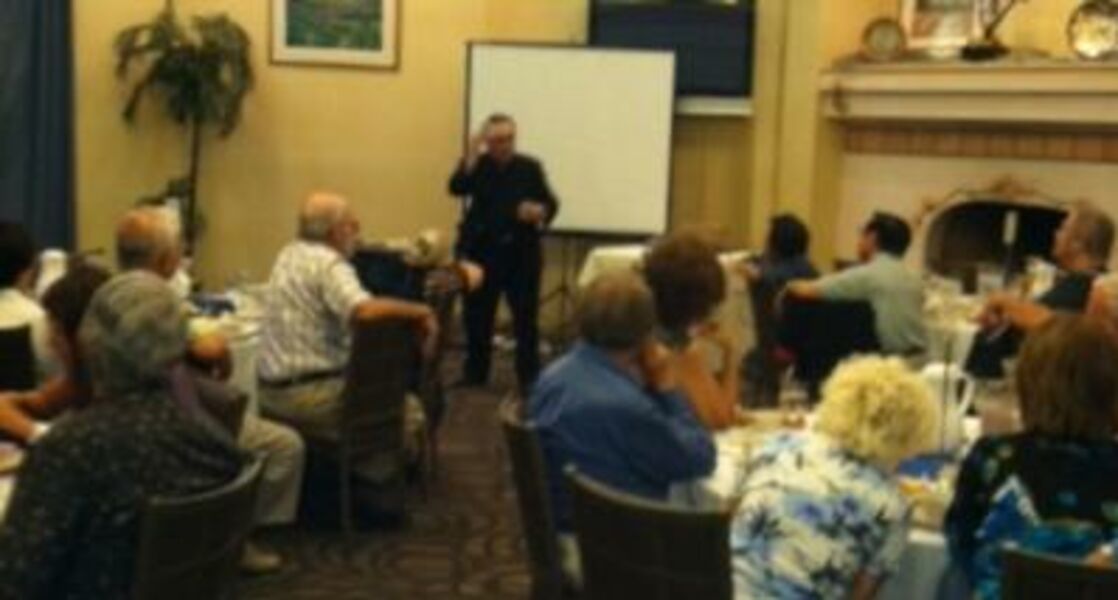 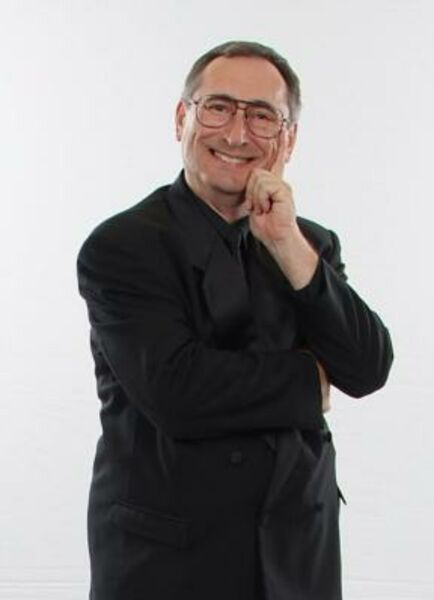