Magician from Boston, MA - Will travel up to 40 miles
5
17 VERIFIED BOOKINGS
MEMBER SINCE 2008
$300 - $1500 per event
Marrying an Engaging Personality and keen sense of wit with and uncanny repertoire of magic tricks, comedy and song, this Boston Magician, Peter O'Malley is acclaimed as "a brand new species of one-man show" and is among New England's most successful entertainers.
Disguised in a seemingly raucous, often hilarious montage of entertaining vignettes is a highly-skilled, experienced Boston Entertainer who adapts at a moments notice; transforming an event's obligatory routines into the punctuated success that leaves a lasting impression.
For the past 25 years, Peter O'Malley has offered: Corporate Magic (close up and stage) Comedy Magic, Children's Entertainment and Educational Shows and Educational Shows.

Children's Entertainment "I'M proud to announce you have been voted Family Entertainer of the Year"Betsy Weaver Publisher Boston Parents Paper
Thank you for entertaining our children at our recent event in the Pediatric Oncology Unit at Mass General Hospital for children\ Cancer Center. You had the kids mesmerized within a few minutes of your arrival. Starting with small groups then moving into a big audience, you truly create a magical environment for kids of all ages and their parents. Bravo!!Elyse Levin-Russman LICSW
Educational Shows (Magic of Conservation and Recycling) (Just Say No....Drug and Alcohol Prevention) David Nihil Principal Pine St.School wrote-
the use of Magic is always a hit and helped to further engage our audience-educating them about the important subject of recycling, natural resources
and conservation.
Corporate Magic(Close up and Stage)
Comedy Magic Shows

When it comes to close-up magic for corporate and special events no one does it better than Peter O'Malley. He Provides magic at conventions or private functions that demands amazement and personality. Dubbed "ace magician" by the Boston Herald after one reporter watched a close-up performance captivate and astonish the guests at the Old Town Trolley Ball held at the Park Plaza Hotel in Boston.

Along these lines, Peter has performed close up magic at some of Boston's finest and best know restaurants and nightclubs. When Legal Sea Food first opened it's door to the public at the Park Plaza hotel he was hired to keep the patrons happy while they waited for two hours, sometimes longer before their name was called for seating. He was a regular there for 7 years on Thursday through Sunday evenings.

Peter came early, set up and was ready to go right at the scheduled time. He keep everyone’s attention including the parents. The kids thought he was very funny!

Peter was punctual, friendly, and well-received by all the children ages 4 to about 13. The adults loved him, too. His show was a perfect fit for our Cub Scout crossing over ceremony. His fee was reasonable and a real value considering the price tag of comparable shows. I would highly recommend him especially to those looking for a family friendly show which is funny and clean (quite hard to find!!).

Peter did r exactly what I wanted and that was to entertain my guests. He had them laughing and amazed. Thank you Peter 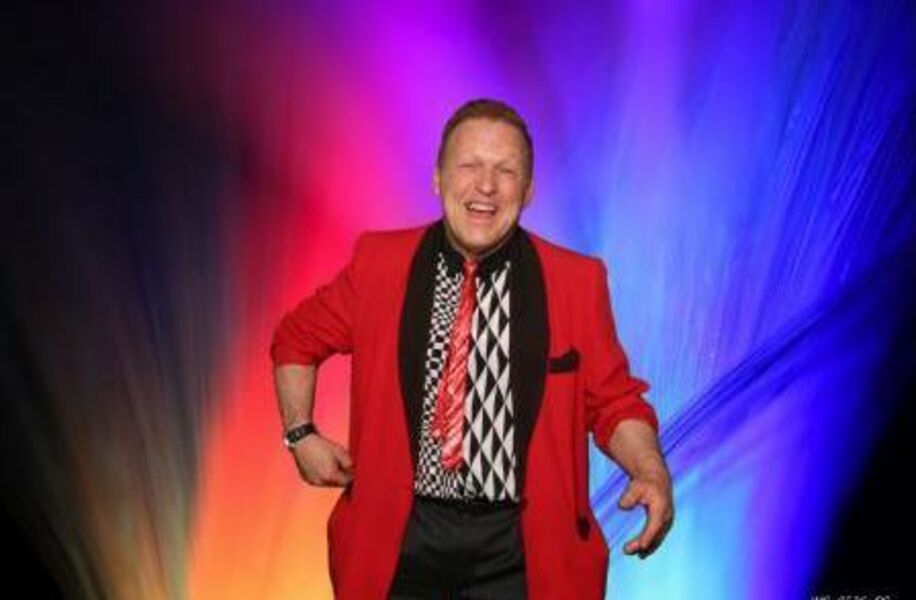 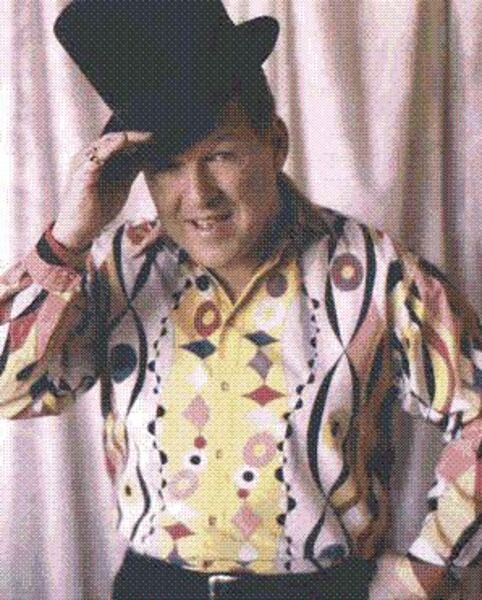 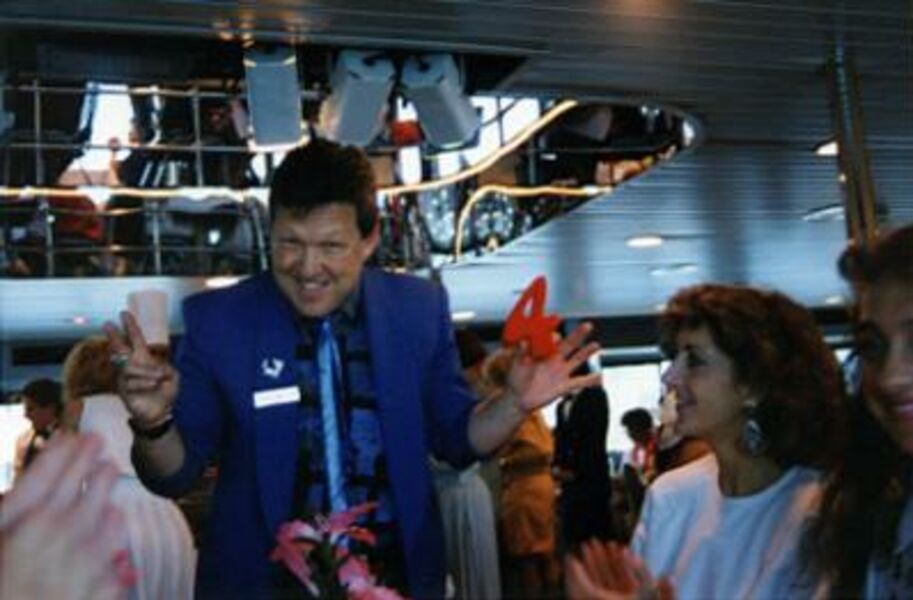 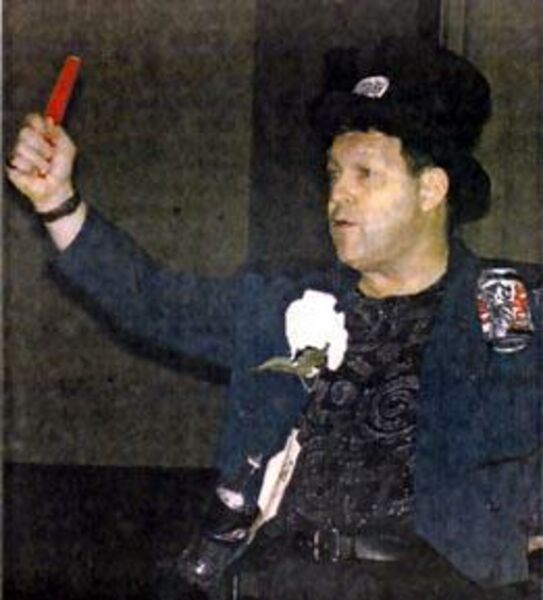 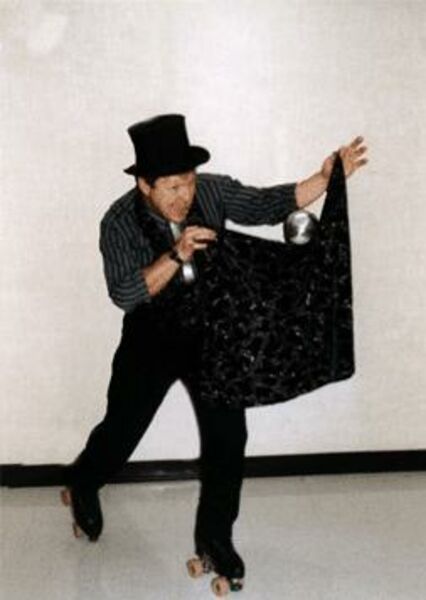 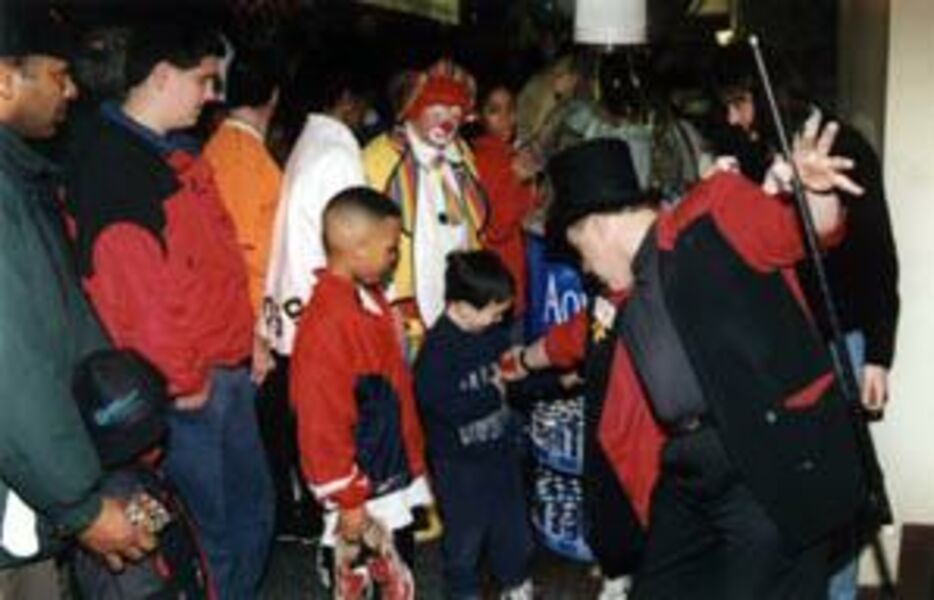 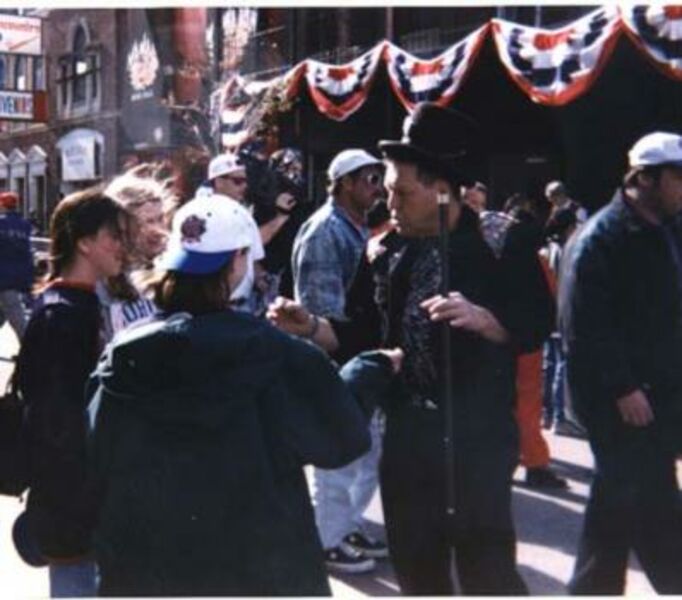 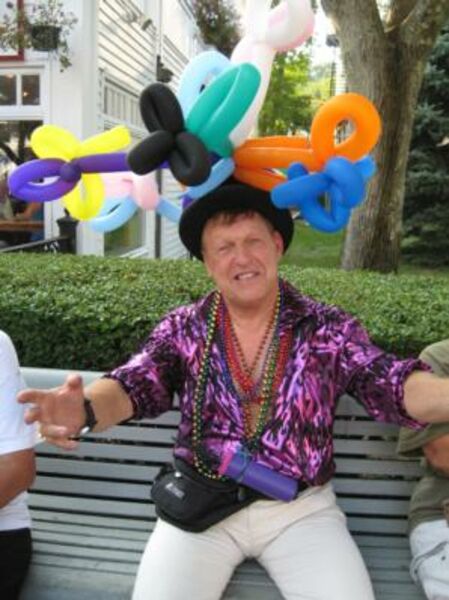 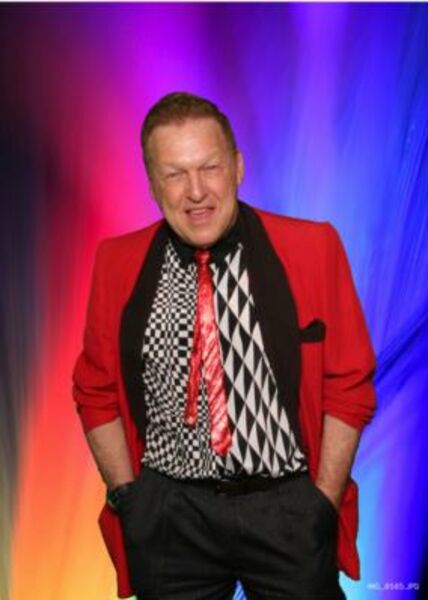 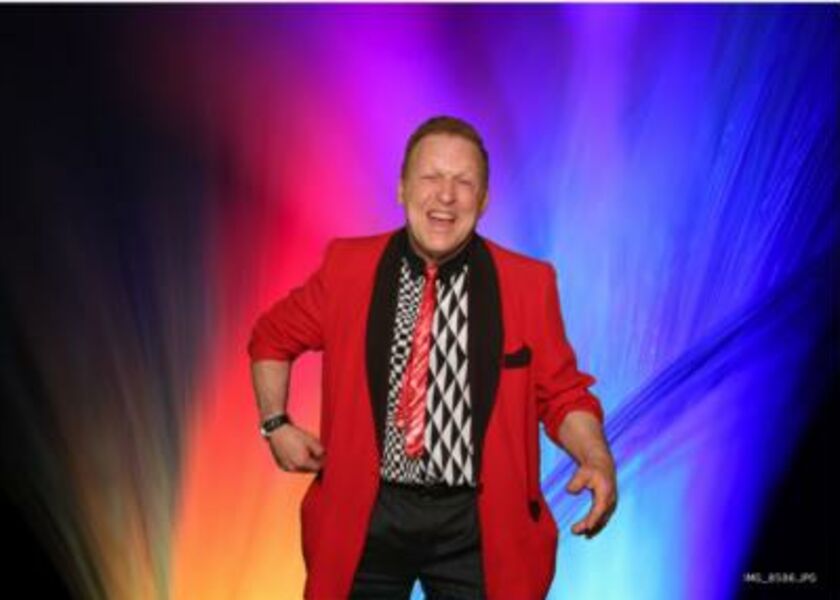 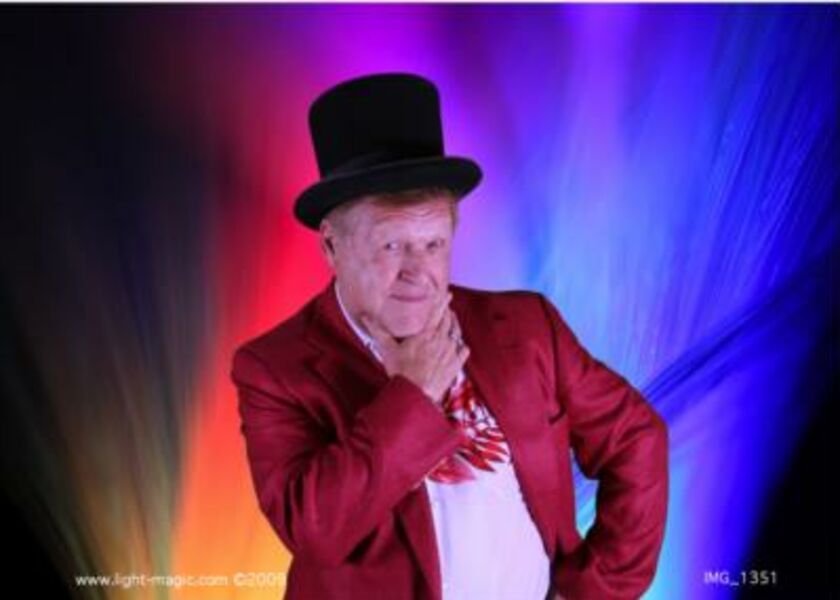 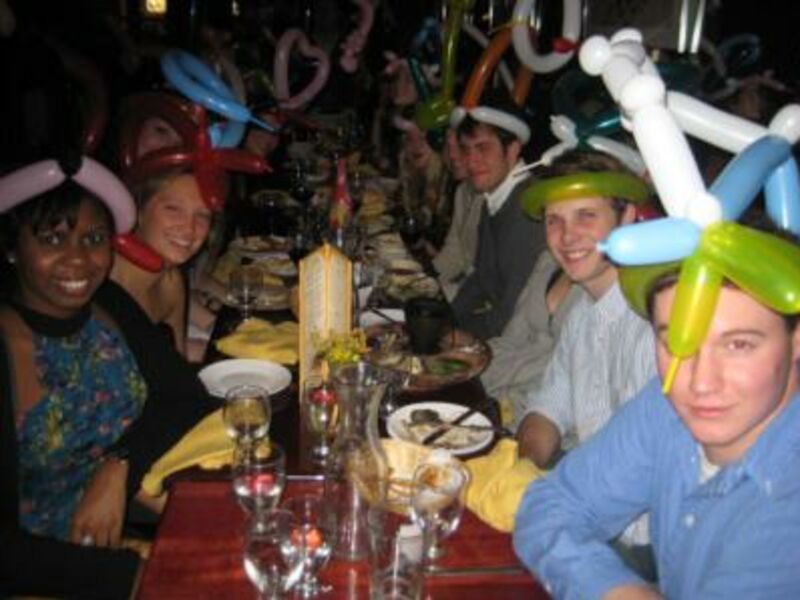 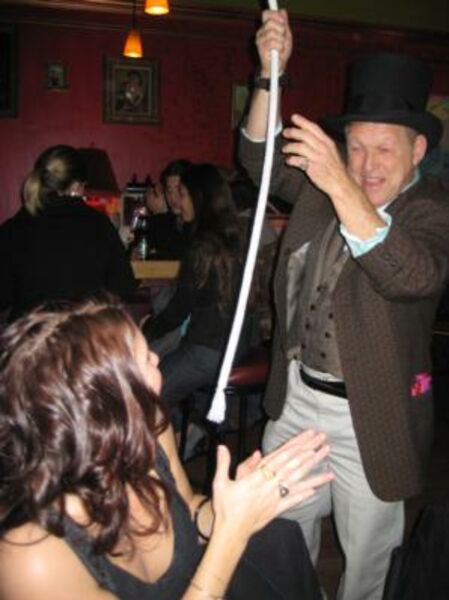 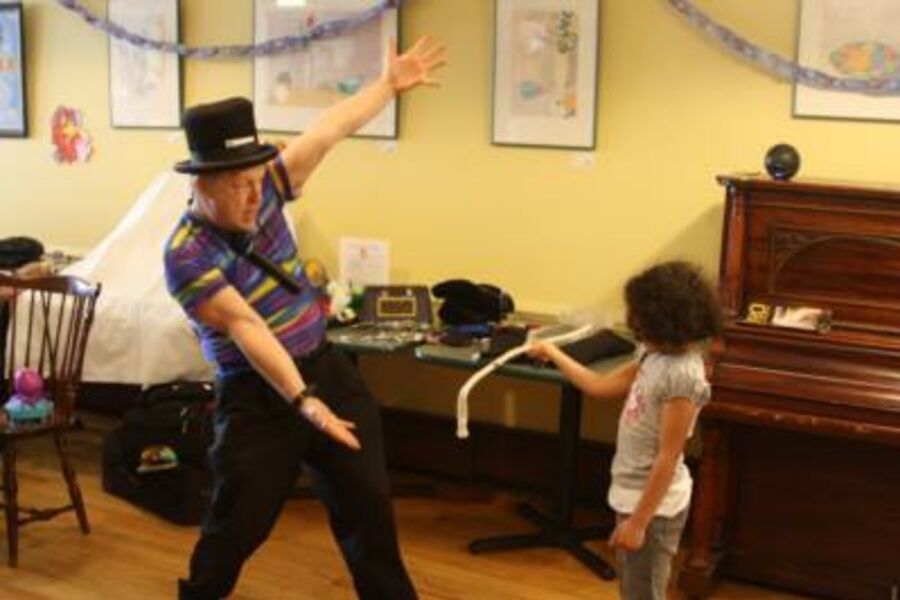 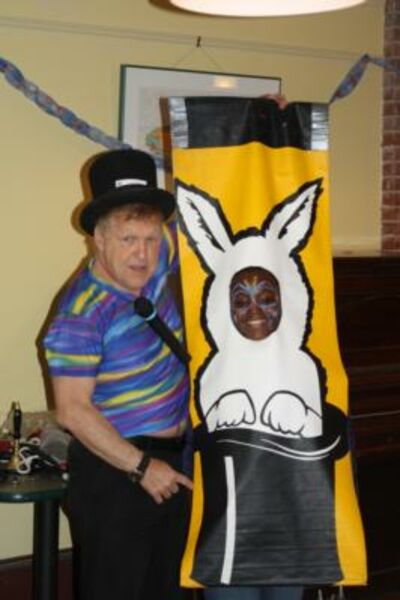 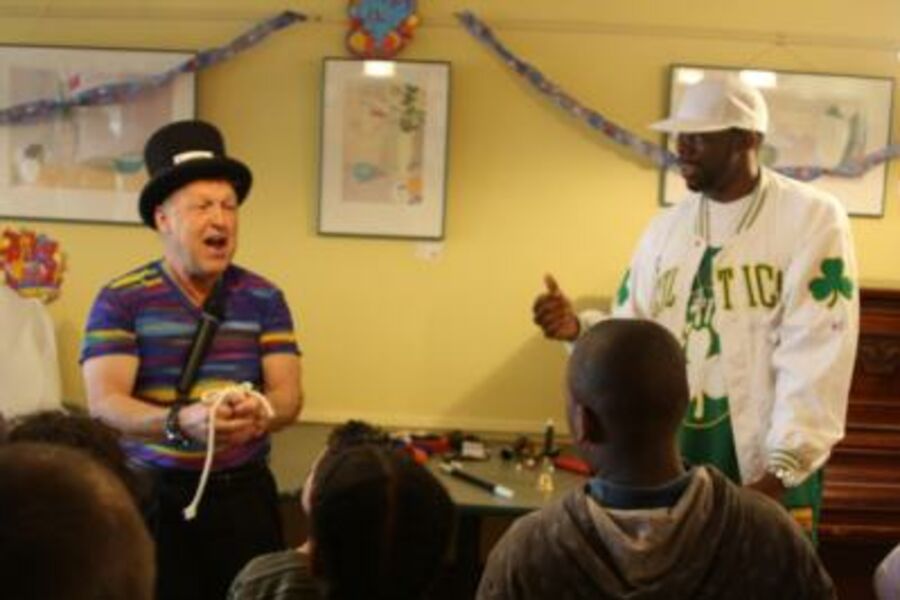 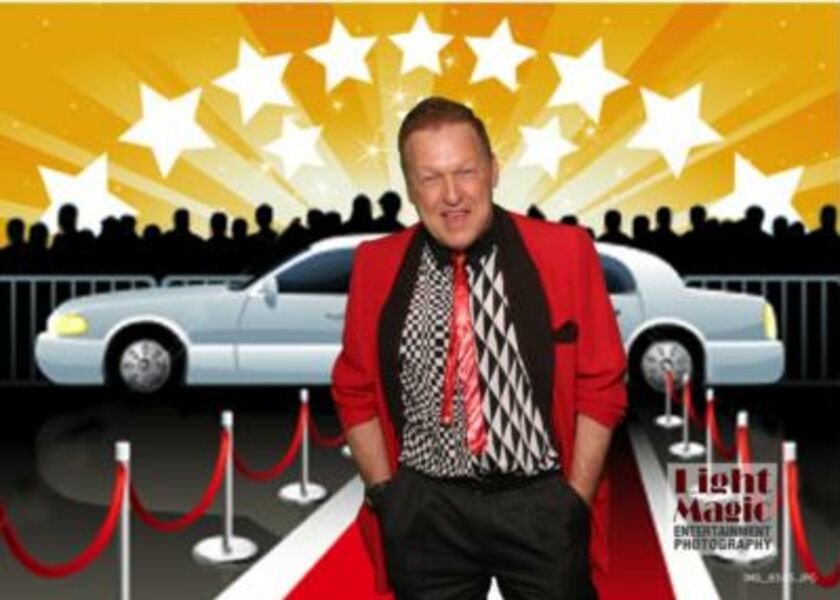